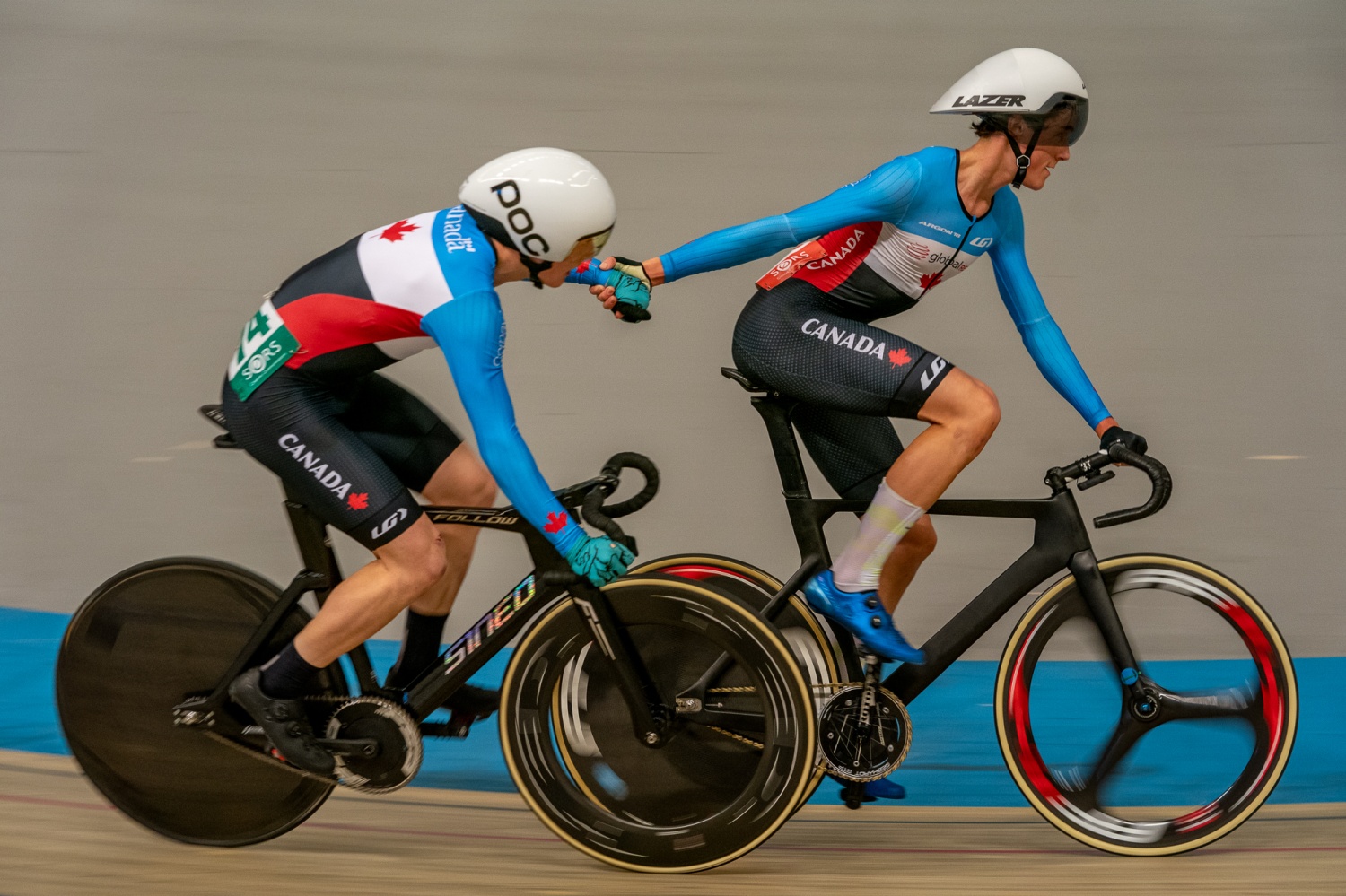 The surge in talented youth coming through the junior ranks and into the World Tour is unprecedented. North Americans have shown over the last few years, they have the talent to compete with the best and integrate into professional teams at a young age. The major hurdle facing many youth in the US and Canada is a lack of racing where they can develop and show their racing abilities. Local track racing fills some of the gap but any opportunity to race overseas against the highest level should be seized.

Over the holiday school break, coach Chris Reid from the NCIM and Cycling Canada Coach, Kinley Gibson took a group of eight Junior National team kids to compete in a three day meet on the Omnisport velodrome in Apeldoorn, Netherlands. Junior track racers don’t often have the opportunity to compete against the best riders in their age bracket in the world outside of the Junior World Championships. 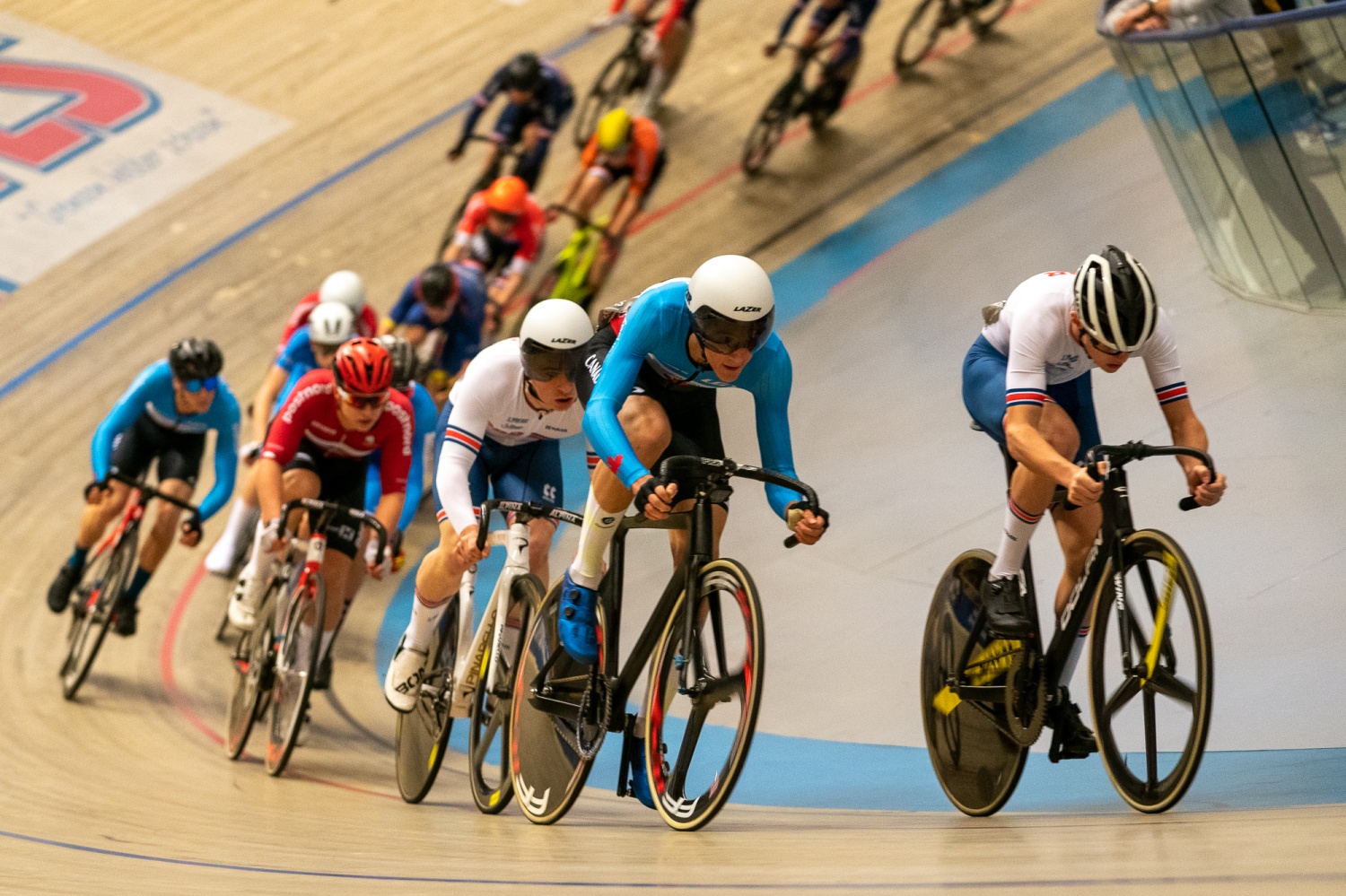 Ashlin Barry, sandwiched between two brits and reunited with a childhood acquaintance, Ben Wiggins who tucked in on his wheel.

The Next Generation meet, at the Omnisport Velodrome, provided an ideal opportunity for the kids to experience an international competition where they could test fitness, see how they stack up against some of the best, and learn on what they can improve before they compete at the Junior Worlds later in the year. With the majority of competitive track nations at the event (some fielding multiple teams), the depth and level of competition was extremely high. As junior racing has now become a springboard to the World Tour, professional teams had scouts at the races.  The Canadians commented that the racing was some of the fastest and most aggressive they have done. 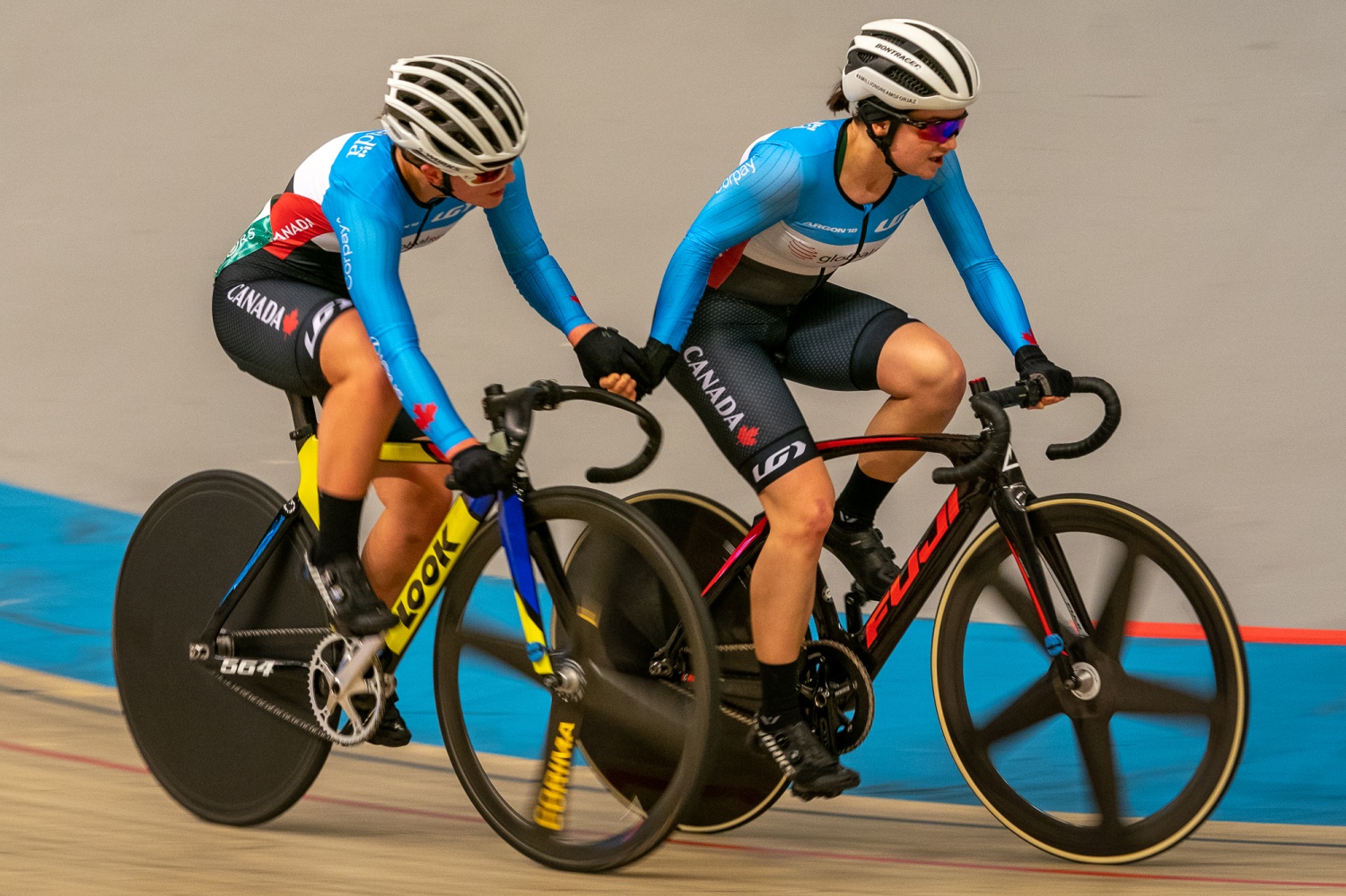 Alex Volstad and Nora Linton finished 2nd in the Madison. 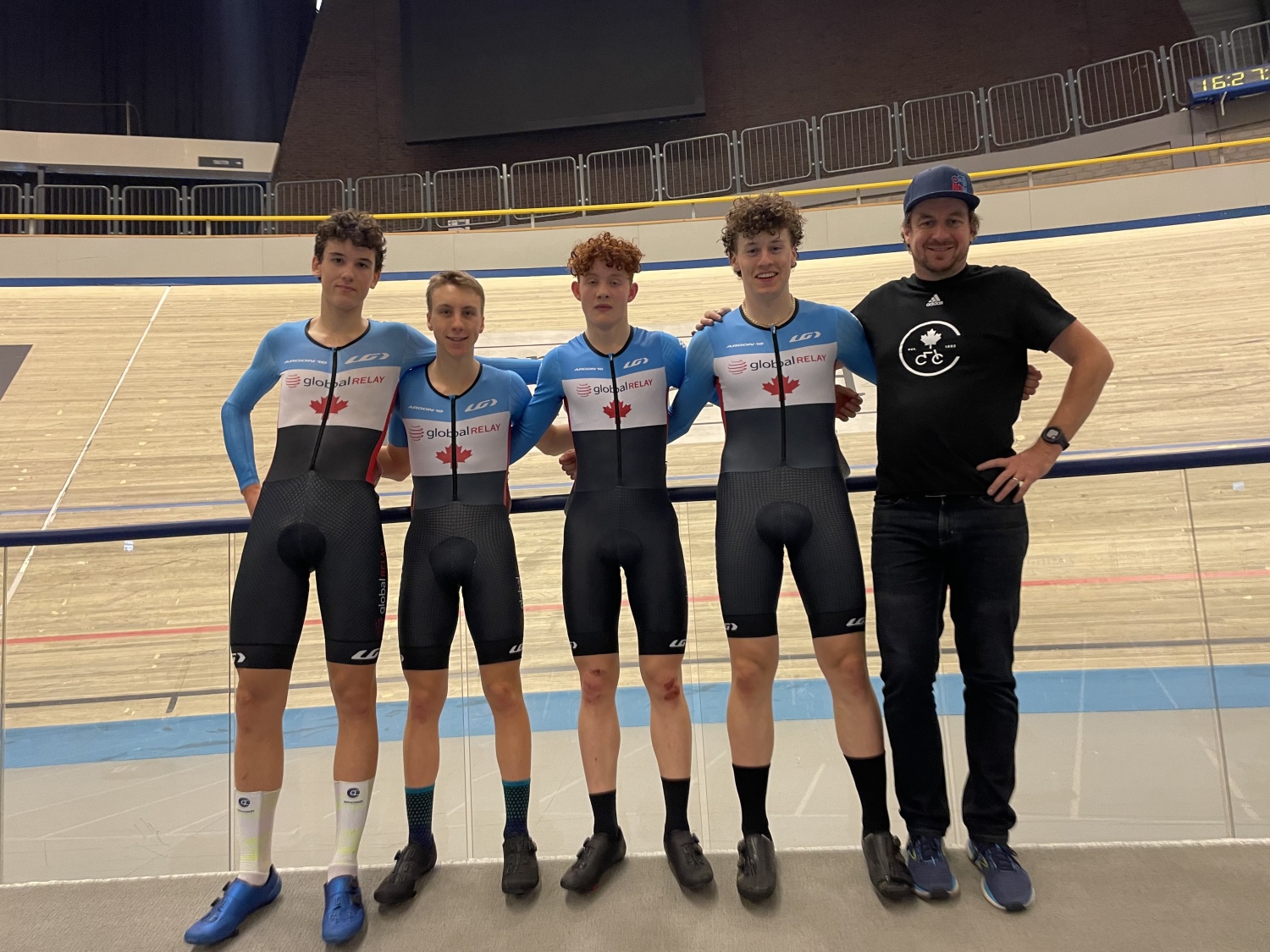 Coming out of a cold couple of months, where training has been limited, the Canadian kids were competitive, placing on the podium in several events. Despite having never ridden together as a team, the Canadians were quick in the team pursuit placing just off the podium. With a few more sessions on the track together they would have been there. With each passing season since the Mattamy National Cycling Centre was built it is increasingly evident the impact it is having on Canadian Cycling. No longer are world class Canadian performances anomalies as the coaches at the velodrome are developing a generation of kids who are international podium contenders. 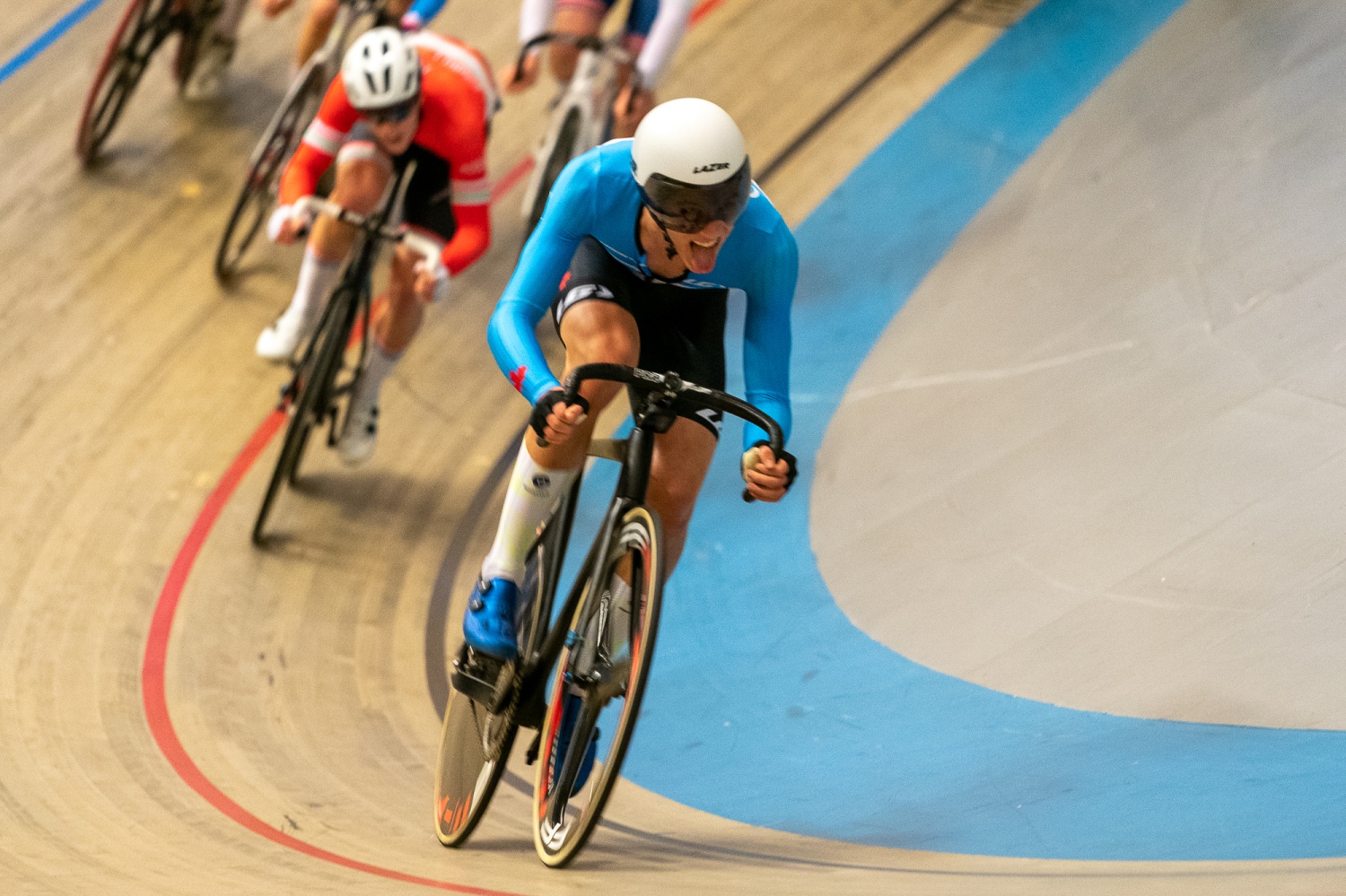 Ashlin rode aggressively, finishing on the podium in both the Points Race and the Tempo. 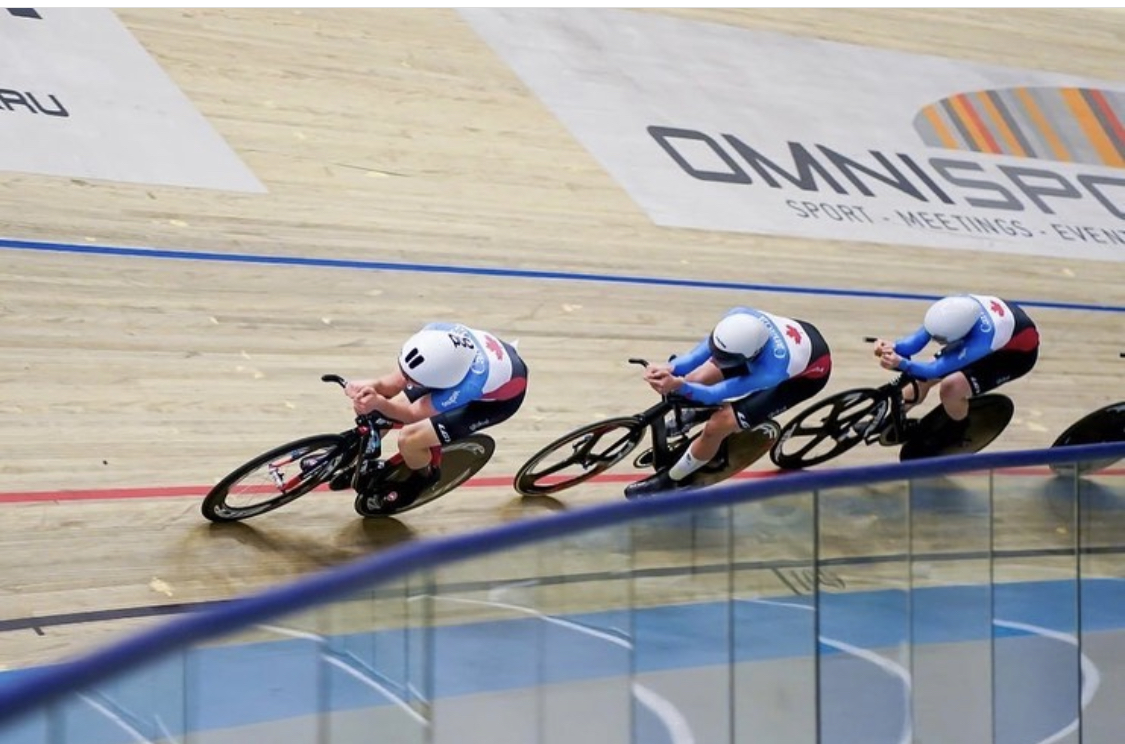 Men’s Team pursuit team finished 5th and only a two seconds off the podium despite having never raced together before.