A Resurgence of Track Racing in North America 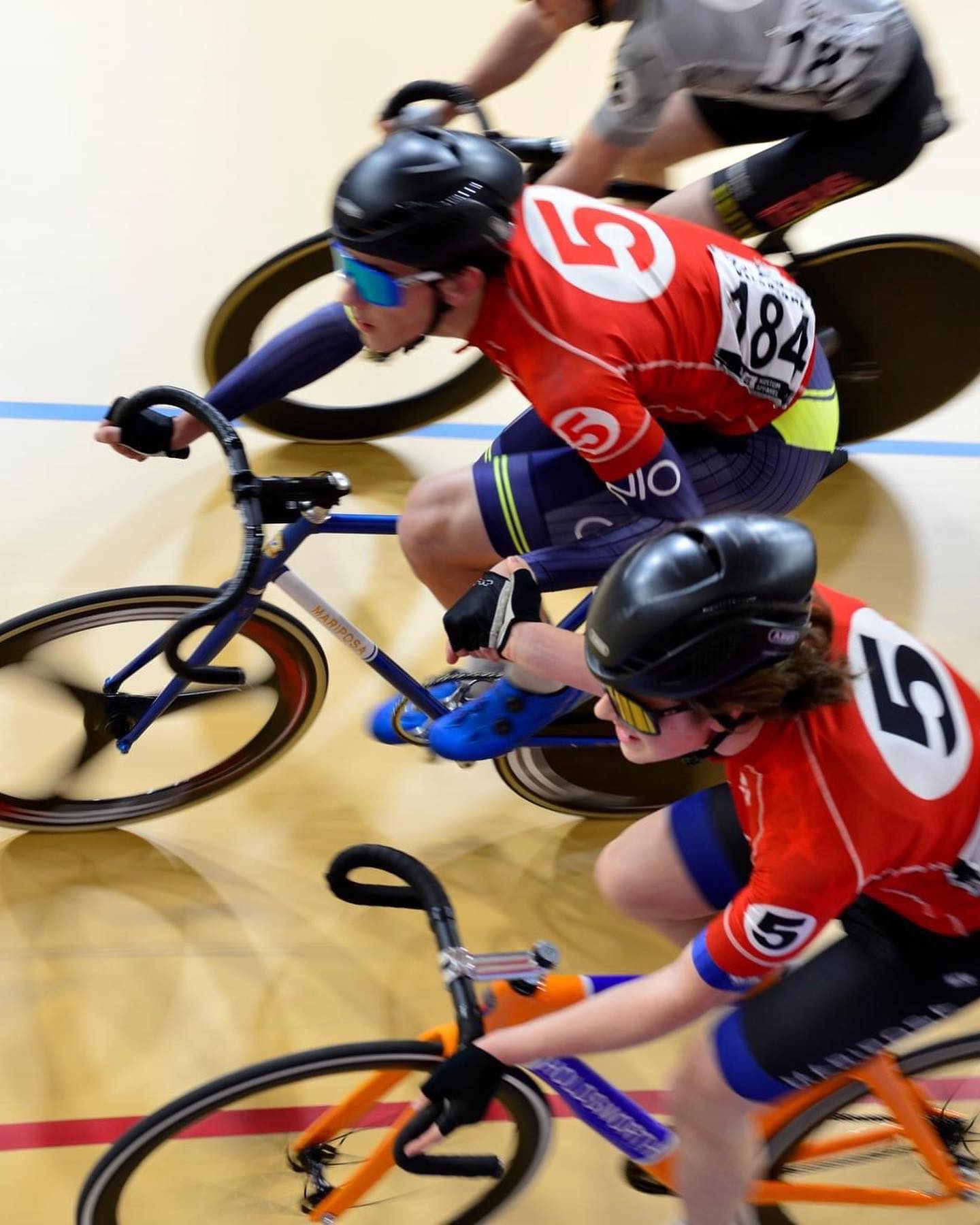 Track racing in North America is experiencing a slow resurgence with velodromes being built across the continent. Some of the tracks are short and steep and fit into a small arena while others are large 250 meter tracks set in multi-use facilities that can host international UCI track meets.

On several levels, track cycling is one of the best avenues for developing the sport:  track cycling is less expensive than road cycling, away from traffic, the track is safer, the racing is short and thrilling which is appealing to an audience, it is easily and inexpensively filmed and live-streamed, and a track provides the ideal venue to teach young riders to gain race experience.

At the beginning of January, we took a trip down to Detroit, where the Mariposa juniors, raced on the Lexus Velodrome, at the Rapha International two day. The track is set in the downtown core and covered in a bubble.

Dale Hughes, the designer of the velodrome and promotor of the event has designed velodromes all over the world, including in Milton, Ontario.  In a recent podcast, Dale talks about how he got into track design, the status of the Lexus Velodrome in Detroit, returning to racing, Madisons, and much more.

From the infield the racing looked much faster than on the livestream, as the bankings are steep (50 degrees), the track is short (166 meters) and the racing competitive. It was an exhilarating and animated evening of racing for both spectators and racers.
In the track infield, seating, a hot dog stand and a bar provide comfort and service for the spectators while a emcee animates the racing with non stop commentary. The ambiance only adds to the thrill of the racing.

Hudson Lubbers and Ashlin Barry had a great weekend of racing in Detroit. It took them a few races to get comfortable on the shorter steeper track but on the first day they won the Pro Madison and had a couple of podiums in the Keirin and the Elimination. On Day 2, Ashlin won the Chase and was 2nd in the Elimination.  Going into the final Madison event, they were poised to win the overall, but crashed at the start of the event.  Despite some ripped clothing and a few scrapes, they got back up and finished a strong fourth. The next morning, we were in the car and off to the Mattamy National Cycling Centre, in Milton for some more racing at the Ontario Cup, track meet.

The event was live-streamed on Youtube and  FloBikes. Replays can be found on Flo at this link or on Youtube this link. 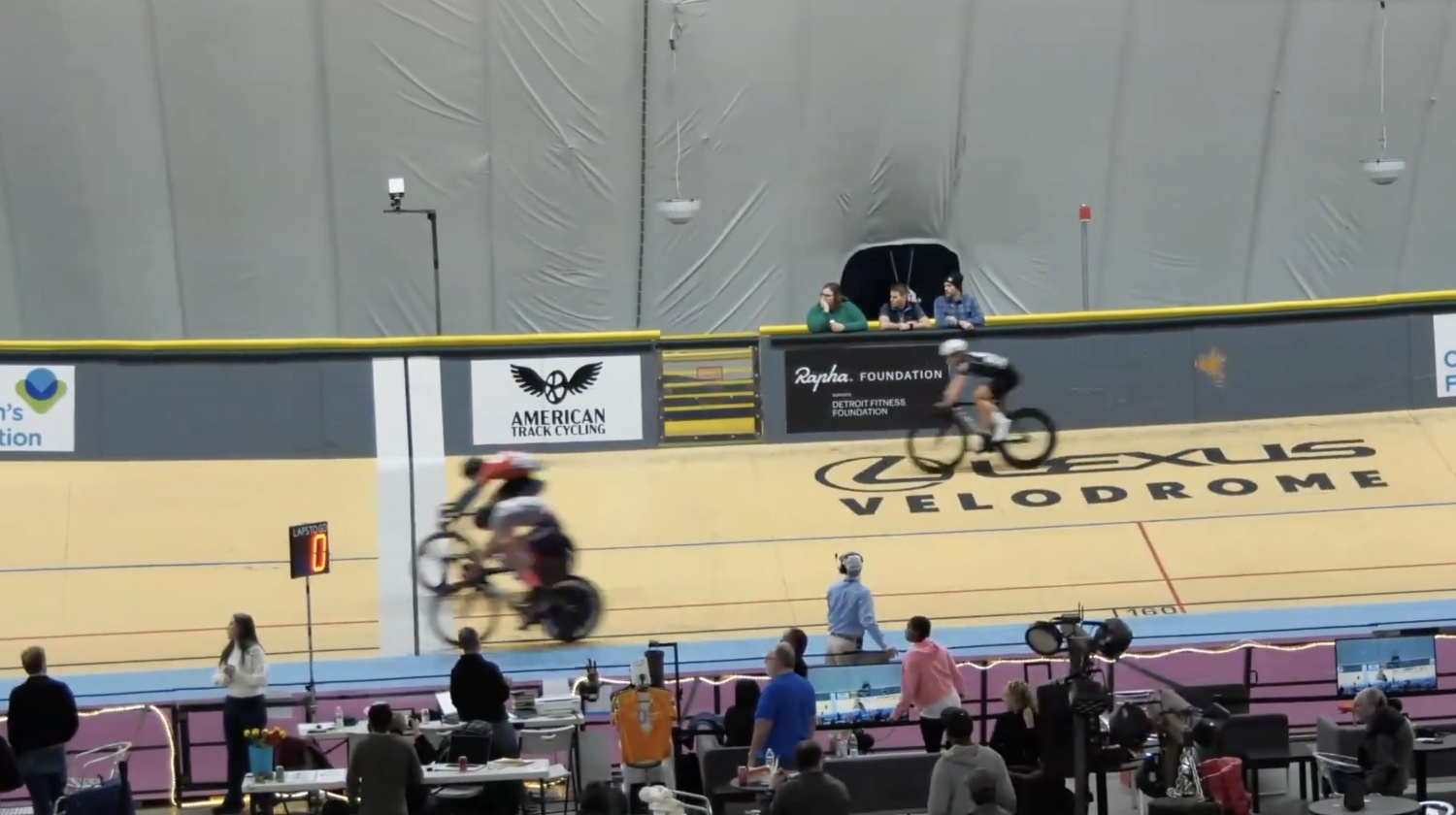 Ashlin winning the final sprint in the Madison on Day 1 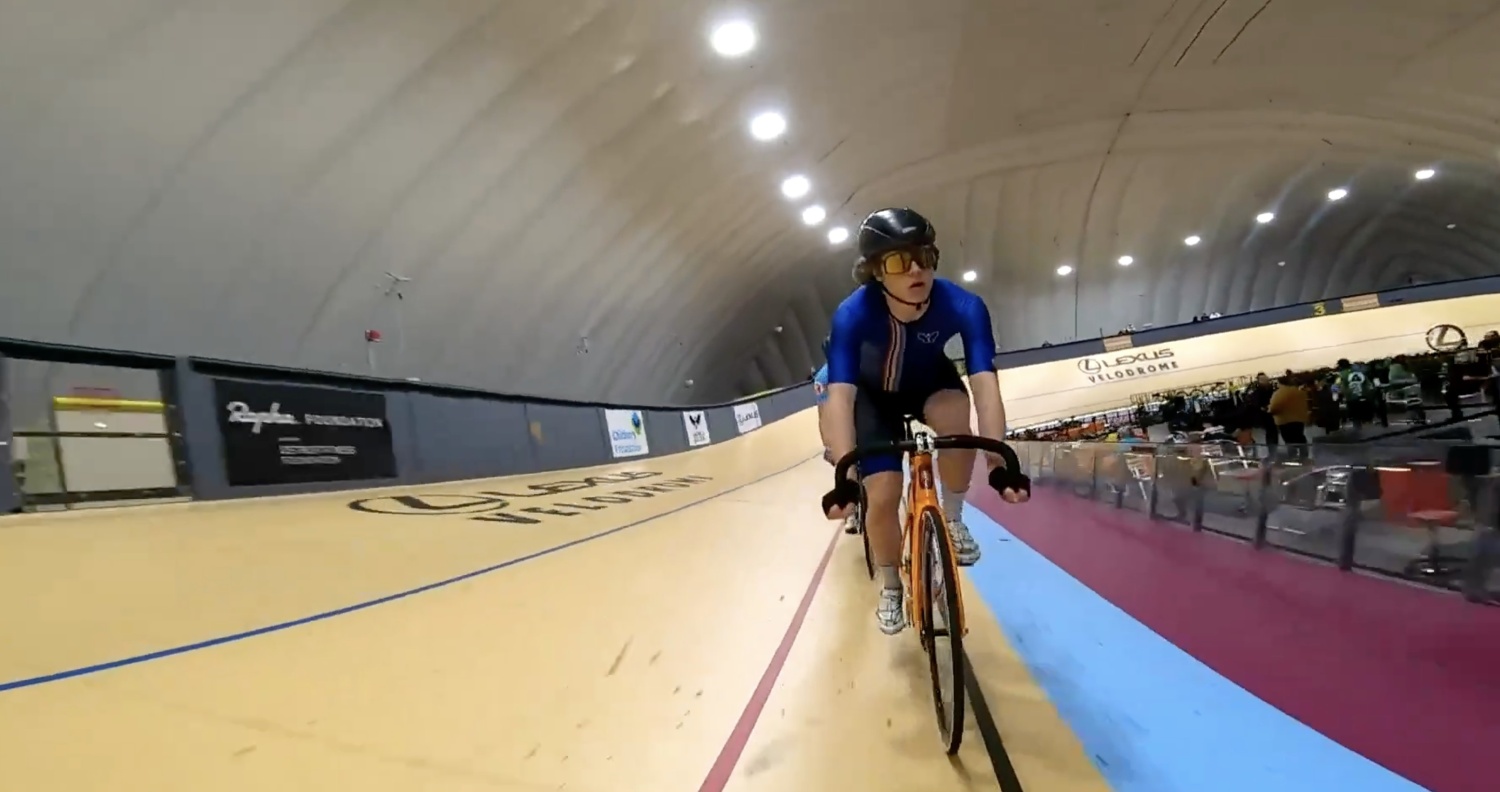 Hudson behind the motor in the Kierin 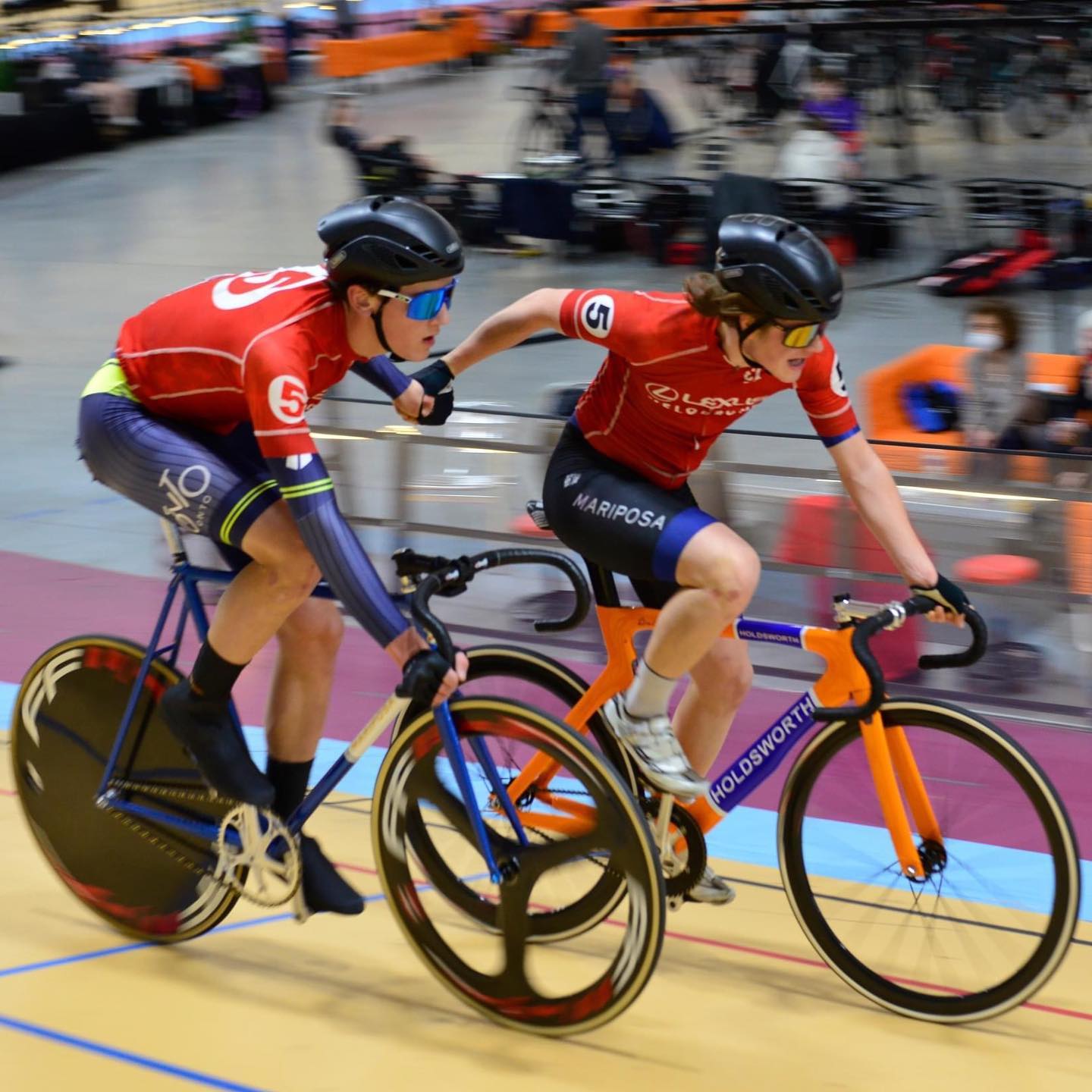 An exchange in the Madison. 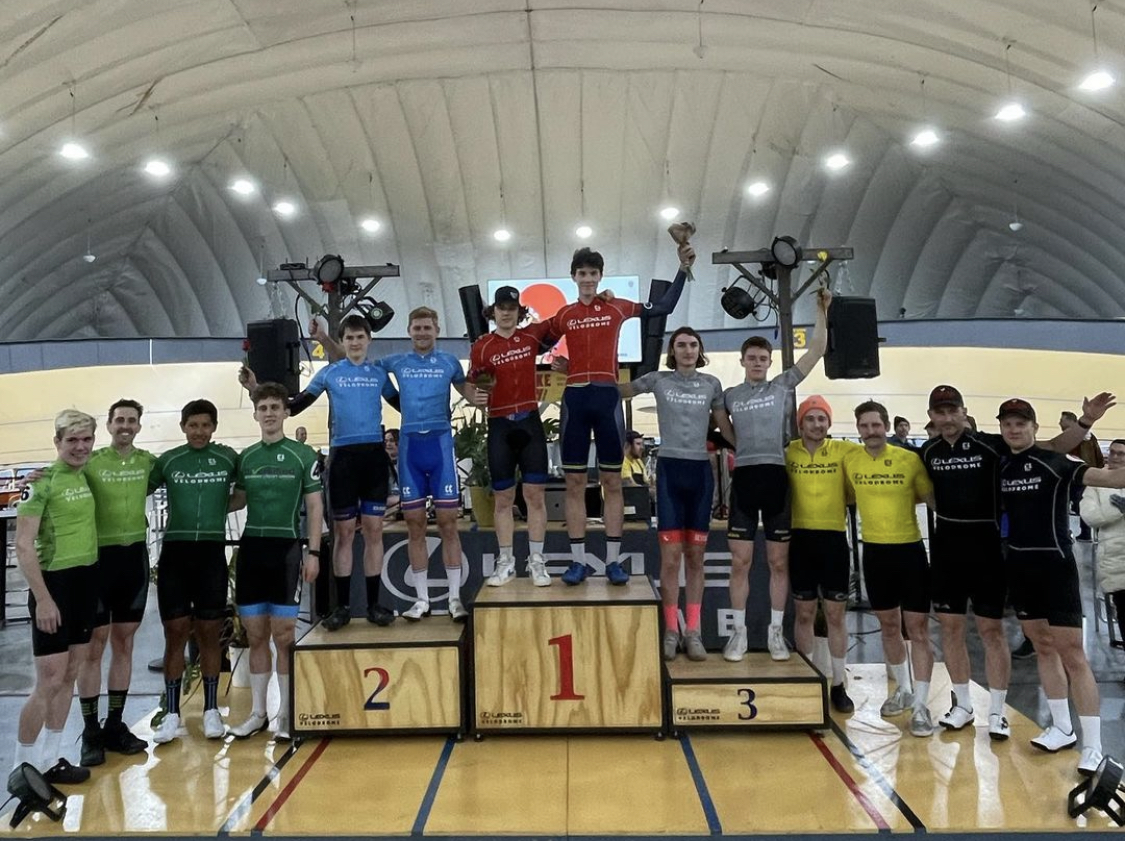 On their return to Toronto, Ashlin and Hudson competed in the O-Cup, winning 2 events and garnering 4 podiums. 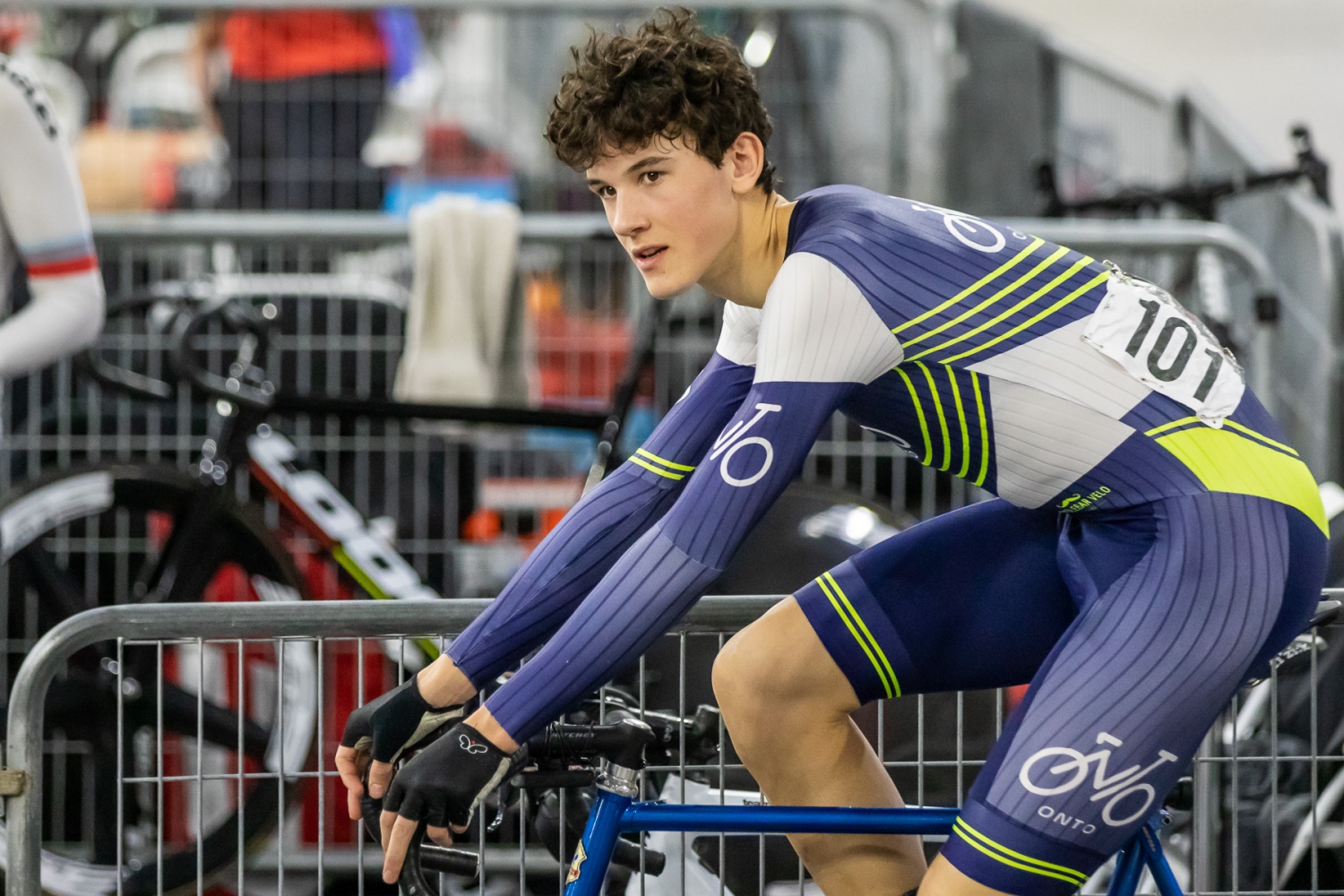 Ashlin warming up in Milton.  Photo by Ivan Rupes 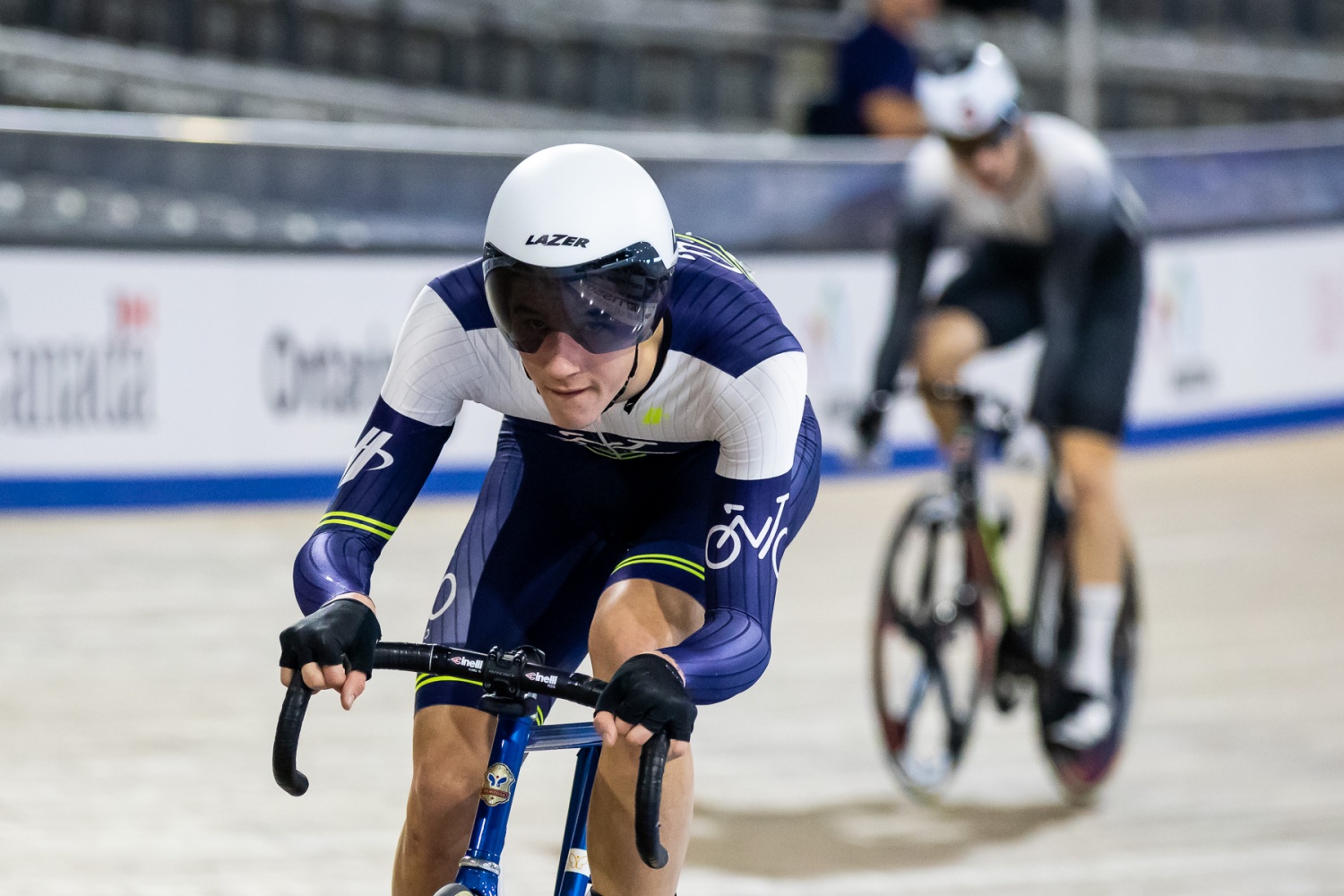 Ashlin on his way to winning the Elimination race. Photo by Ivan Rupes 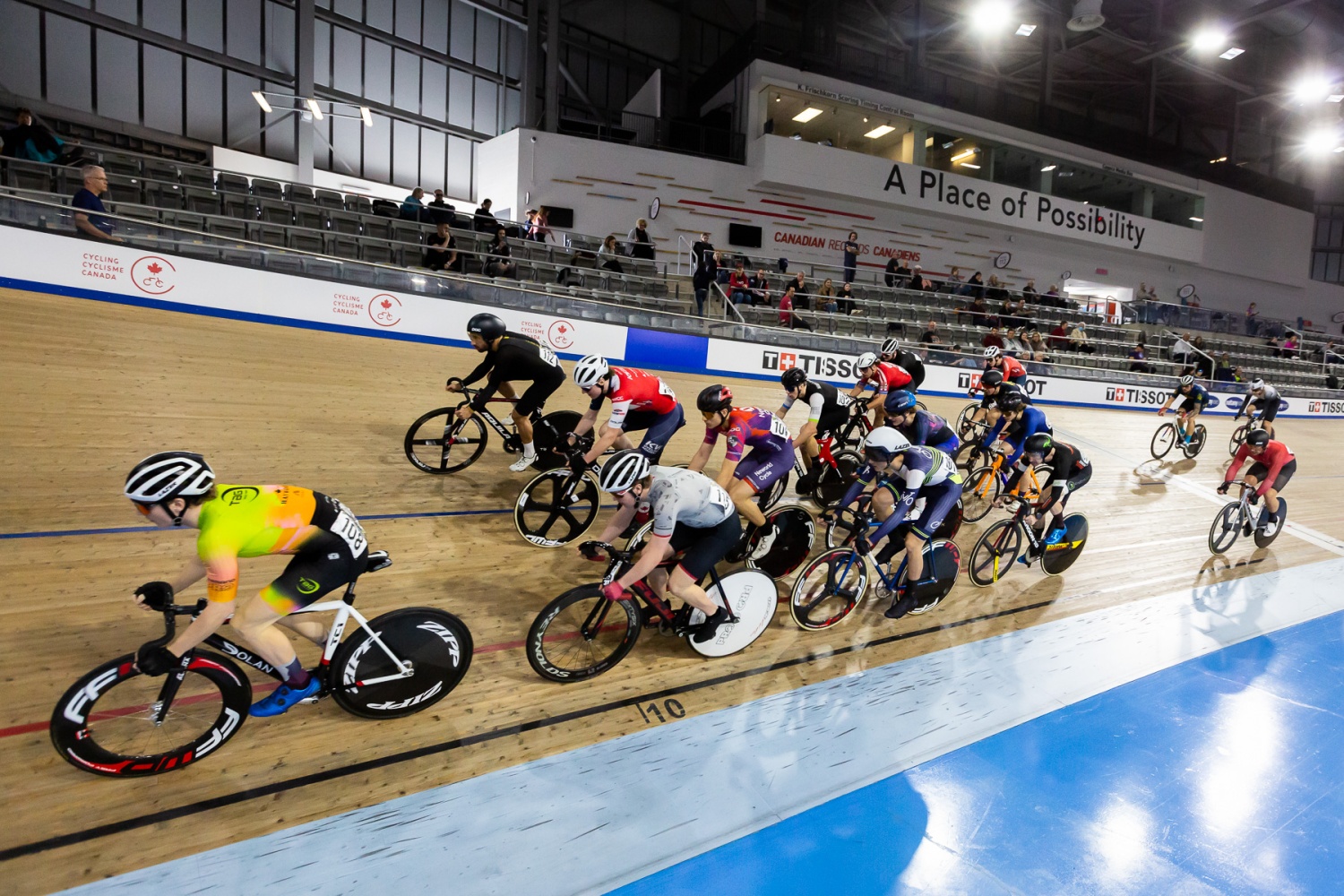 Men’s Category A peloton at the O-Cup in Milton, ON.  Photo by Ivan Rupes. 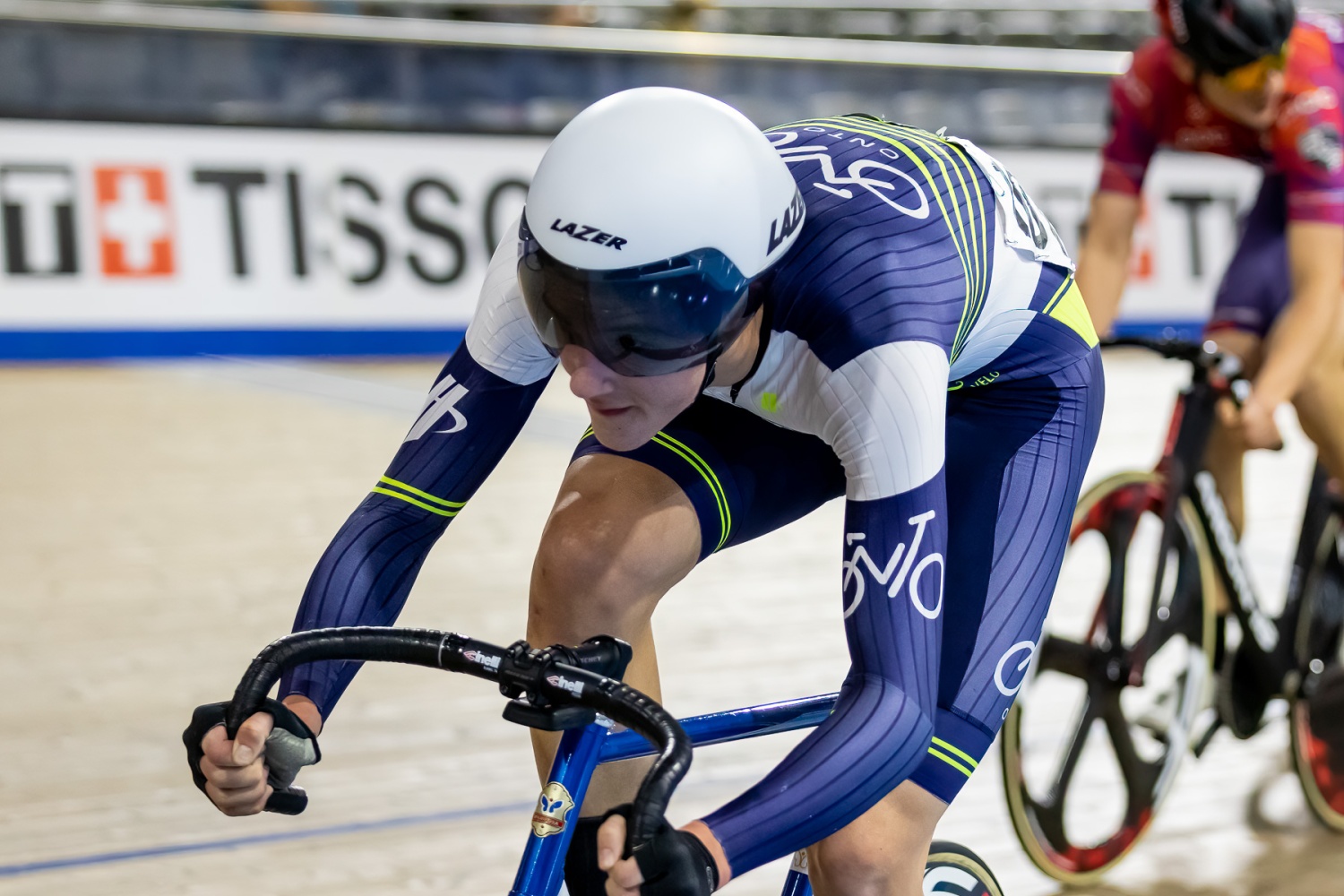 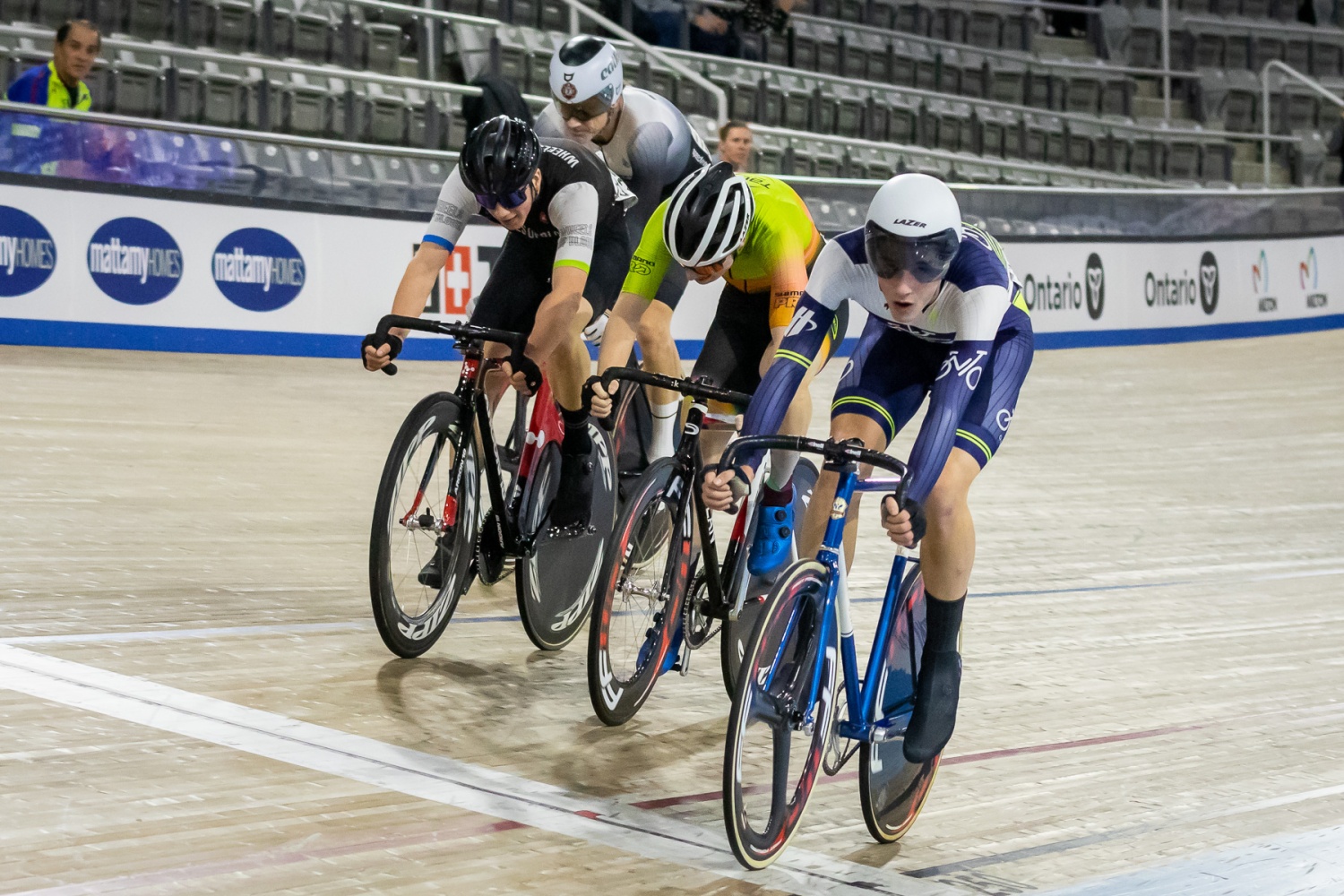