Inspiring The Next Generation 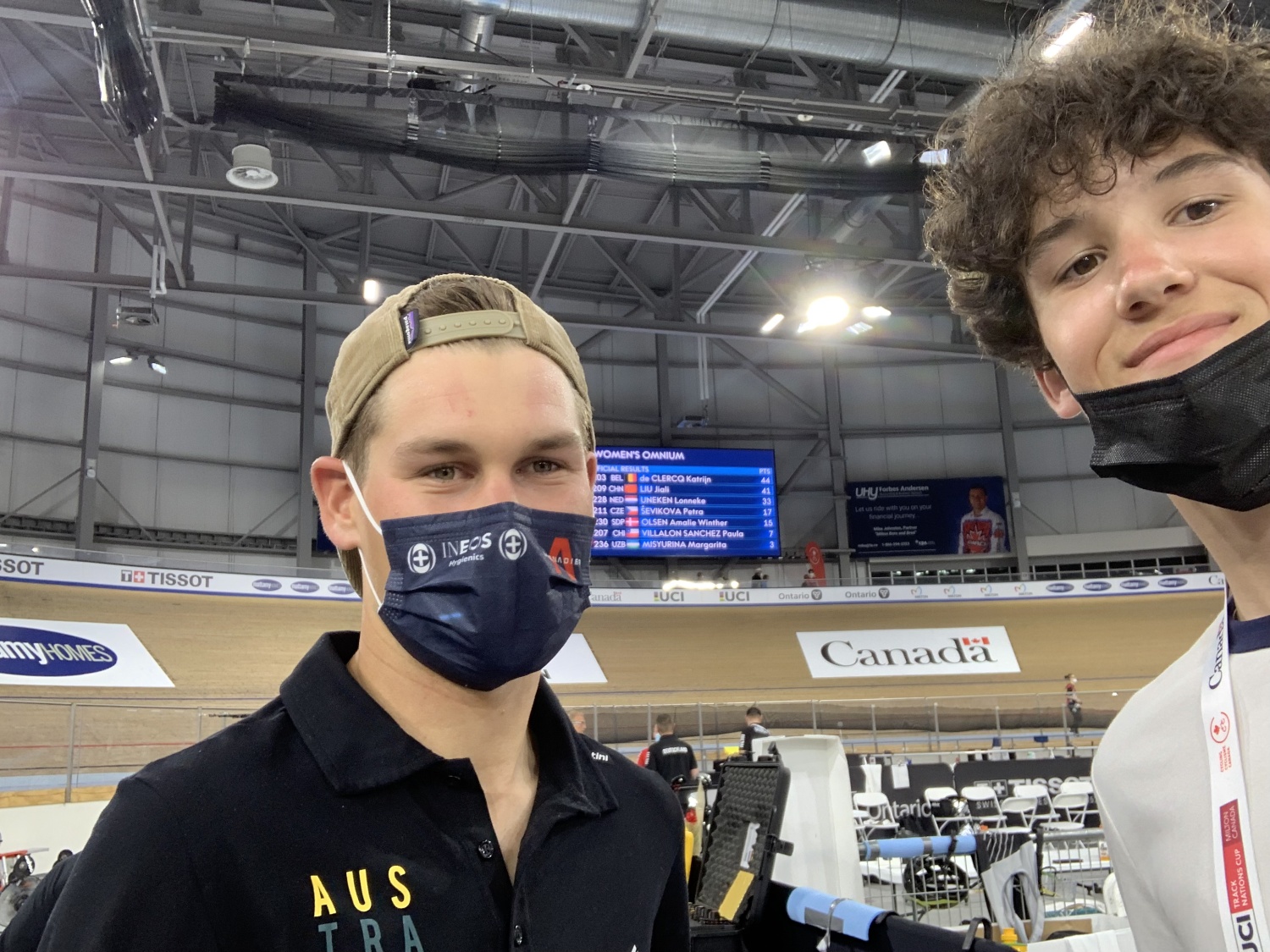 Sporting idols and the events that bring them into town are essential to the growth of any sport. This was reinforced earlier this May, while I was watching my 14 year old son, Ashlin and his friends take selfies with some of their favorite cycling professionals at the UCI Nations Cup Track Cycling Championships in Milton. It is evident how important events like this are for the community and for inspiring the next generation of athletes. Over the weekend, he and his friends followed every detail of each race, tracked the riders’ performances, and ogled all the bike technology. In the track centre, the kids rubbed shoulders with world champions, Olympics Champions and Canada’s top talent drawing inspiration from their every movement. 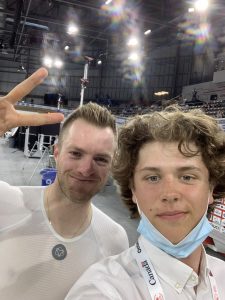 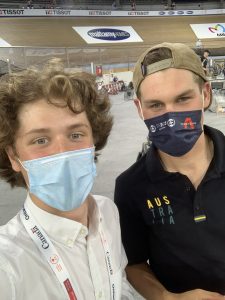 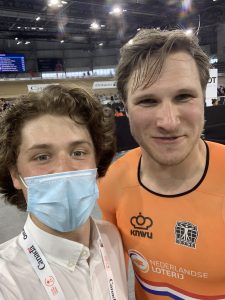 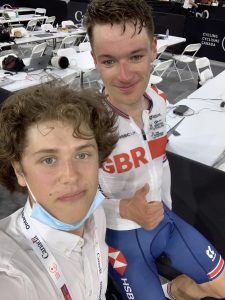 (Mariposa Junior racer, Hudson Lubbers volunteered all weekend at the UCI Nations Cup and got to escort some of his favorite pros to the podium)

I was a sports kid. I hit tennis balls against the garage door, raced my friends in the pool, kicked soccer balls in the field across the street, and often to my parent’s annoyance, moved more than I sat still. But, it wasn’t until I watched Eric Heiden win five gold medals in the 1980 Lake Placid Olympic Games that a seed was planted for my Olympic dreams. Shortly after, he, and his sister Beth, competed at the World Sprint Speedskating Championships in my hometown of Milwaukee, WI.   My dad, sister and I went out to watch.  With no viewing stands, we walked around the track, just a few feet from the competitors and cheered for our local heroes.  I managed to snag an autograph from Eric.  But more importantly, during the meet, my father struck up a conversation with a youth coach, John Chobot from the local West Allis Speedskating Club who invited me to try speedskating with their club.  Mr. Chobot had magnetic energy and every session with him was full of relays and games.  He made it fun for the kids and the community quickly grew. Within weeks, I developed skills, fitness, I met new friends with common interests, I started racing in local meets and it was not long before I was traveling around the country to events.

That Olympic dream, seeded at 8 years old, drove me to race, train, compete, eat better, sleep more and work harder in school so that my parents and teachers would allow me to travel to race. It introduced me to new friends, who had common interests. By 14, I was traveling with the US Speedskating Team to Asia and Europe to train and compete.  I was learning about other cultures, developing independence, learning how to balance school and sport and learning how to get along with teammates from different backgrounds.  While my high school classmates were partying on the weekends, I was often going to bed early so that I could be fresh for the next morning’s races.  That event in 1980, put me on a positive track, which eventually morphed into winning a medal at the 2004 Athens Olympic Games in cycling.  At the Olympics and other international events which I competed in,  Eric Heiden, who is now an orthopedic surgeon,  was our team doctor.  Winning a medal was a great honour that would not have been possible without the people that helped me and inspired me along the way and ultimately, it was the journey that was most meaningful.

Of course, I wasn’t unique. Michael, my husband, watched the pros race in downtown Toronto at Queen’s Park when he was a boy. Like most kids who are fans, he cheered at the top of his lungs from the roadside barriers, he collected their autographs and scavenged their discarded waterbottles. Twelve years later he was racing alongside many of them in Europe and at the Olympics.

As a school boy, Tao Geoghengan Hart, rode the Sky Ride London community event in 2010 with Michael and had photos taken with him and the other Team Sky riders. Tao has now has spent most of his professional career with the team, and is one of their star riders and won the won the 2020 Giro d’Italia with the team. Most professionals and Olympic champions have similar stories of athletes who inspired their passion.

At the Nation’s Cup, as the kids milled around the infield or sat in the stands and cheered the athletes on, it reminded me of how fortunate we are as a community to have the Mattamy Cycling Center, and the elite events it has hosted.  They stoke development on every level. It allows kids to learn, challenge themselves, grow and fuel dreams.

Several of the Canadian team cyclists who learned how to ride on the Mattamy Velodrome  raced in the Nations Cup. Olympic Champion, Kelsey Mitchell shone in the sprint events. Junior National Team member, Gavin Hadfield rode the elite team pursuit while Dylan Bibic and Michael Foley rode in one of the most thrilling races of the weekend, the Madison (the average speed of the race was 58 km/h for 50 km!)

For the youth currently riding in the NCIM programming on the velodrome this is also an important benchmark as they could see that with hard work, talent and desire it is possible to compete with the best and win. The NCIM coaching and community at the track provides the foundation for the kids to develop in to the champions they dream of becoming.

A top class sporting event will not only entertain but will also create the spark that can positively influence a child’s life and might just create the next professional or Olympian.

One thought on “Inspiring The Next Generation”