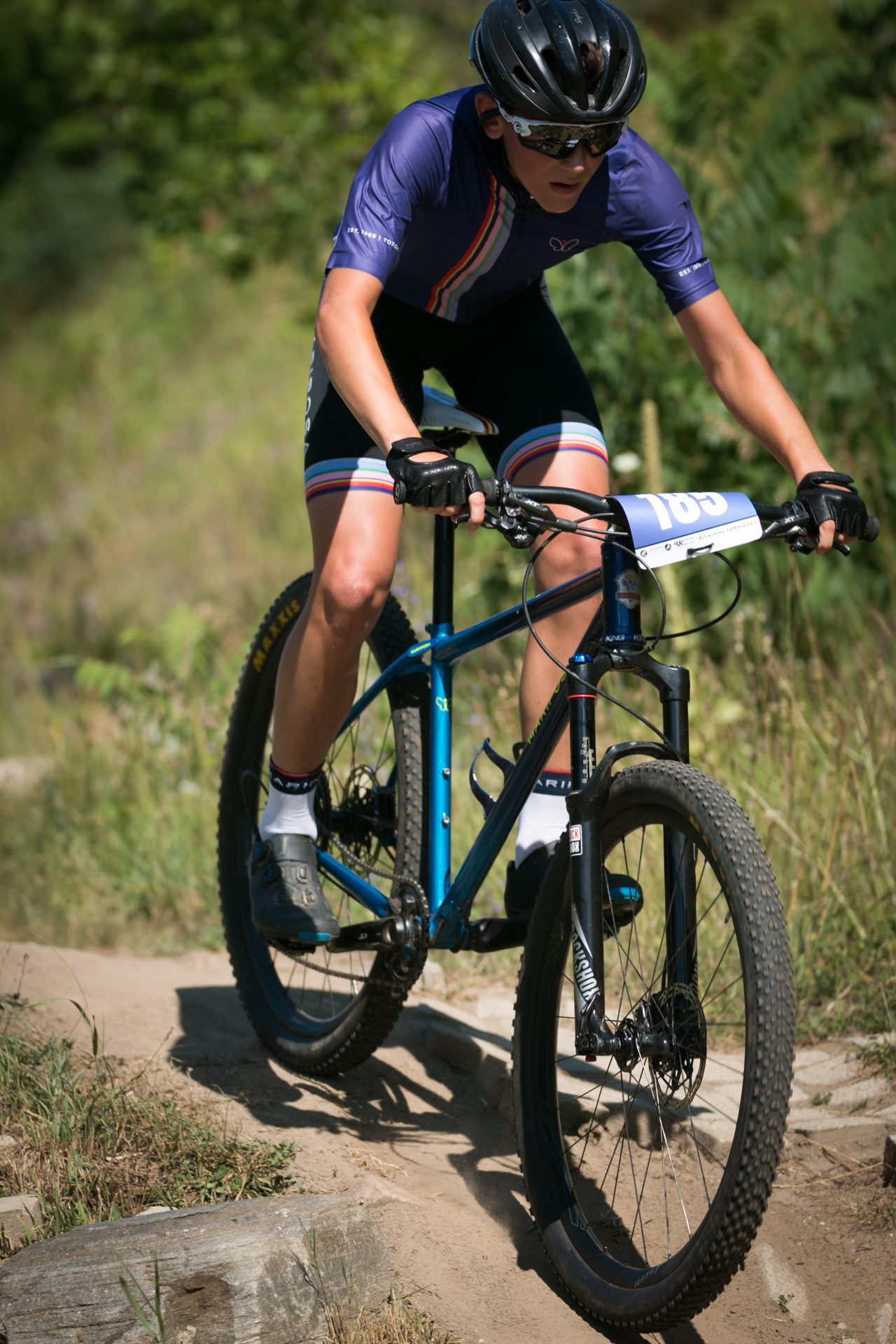 Hardwood Hills hosted the Canadian National Mountain Bike Championships July 20-21, 2019.  Team Mariposa had several riders competing: Cameron Jette in the elite race, Jack Ciotlos in the U-19 Category, Bas Stroomberg in the U-15 Category, Bas’ dad Arjan in the Masters men and Ashlin Barry in the U-13 Category.  Cameron and Jack had solid rides, finishing in the top 20.  Ontario Cup points were awarded as well and Jack continues to lead the Ontario Cup series. Bas encountered some bad luck, as his chain broke shortly after the start and Ashlin won the U-13 Category.  Photography by Pedal Power Photography. 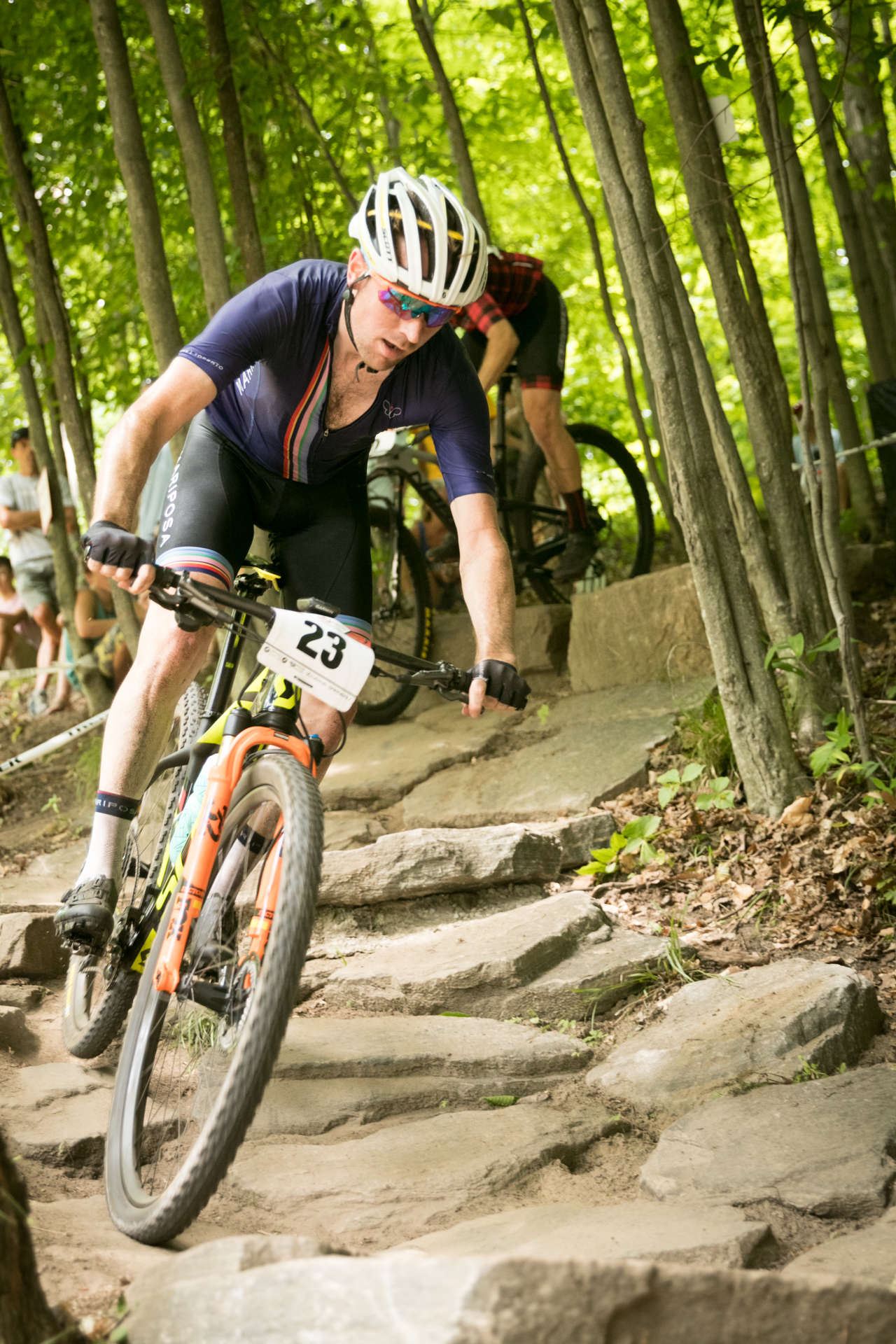 Cameron Jette on the Boneshaker descent. 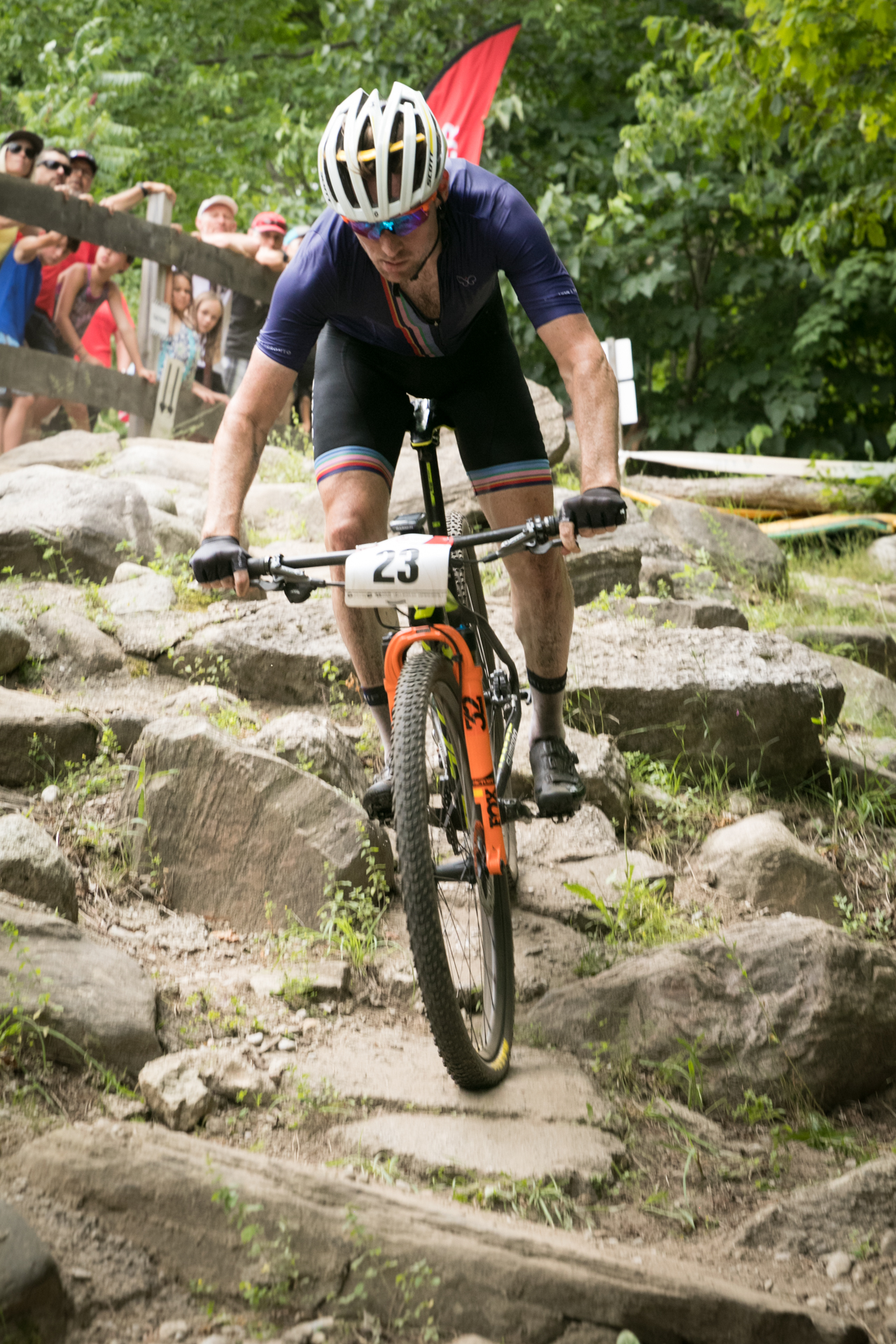 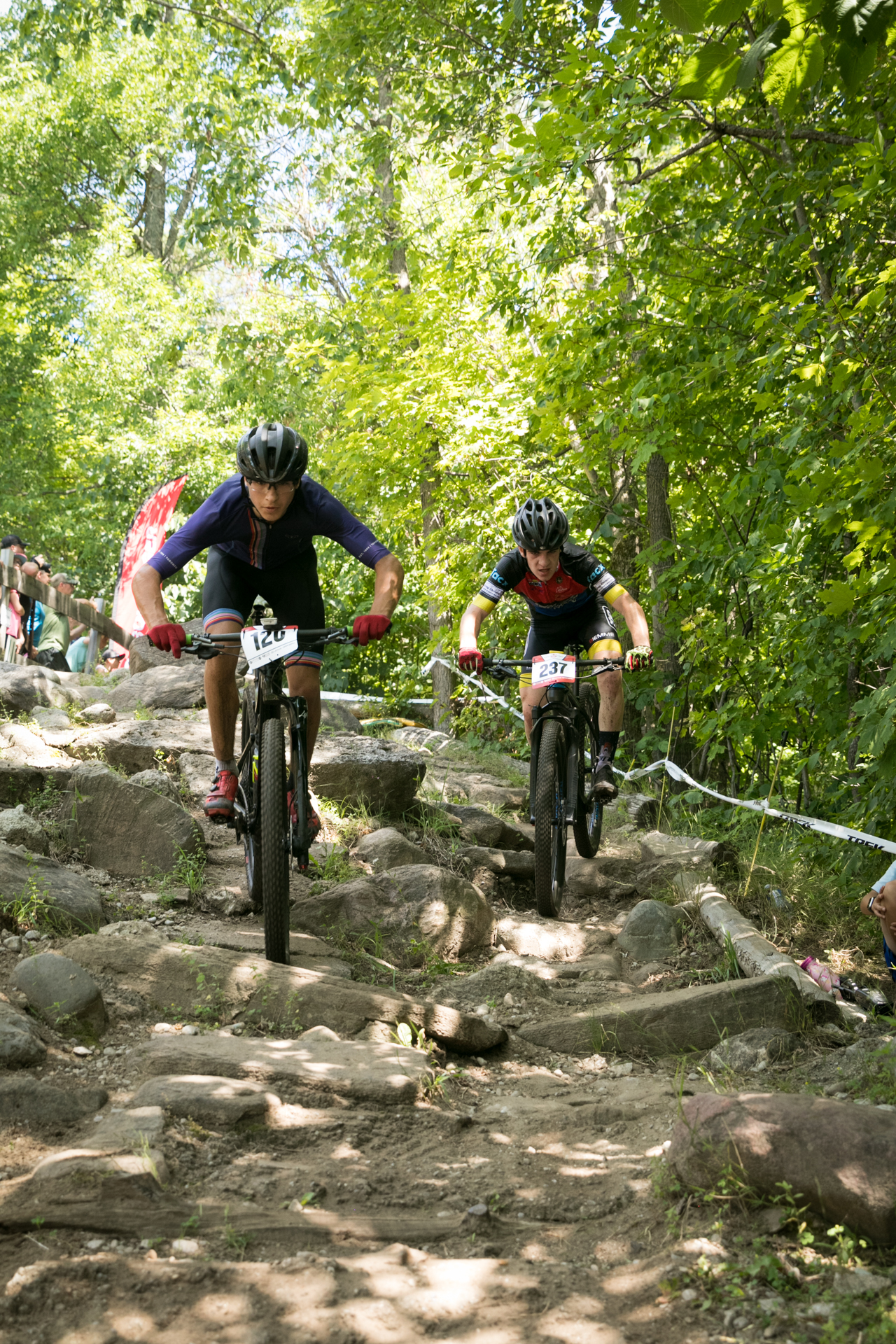 Jack Ciotlos bouncing down the rocks. 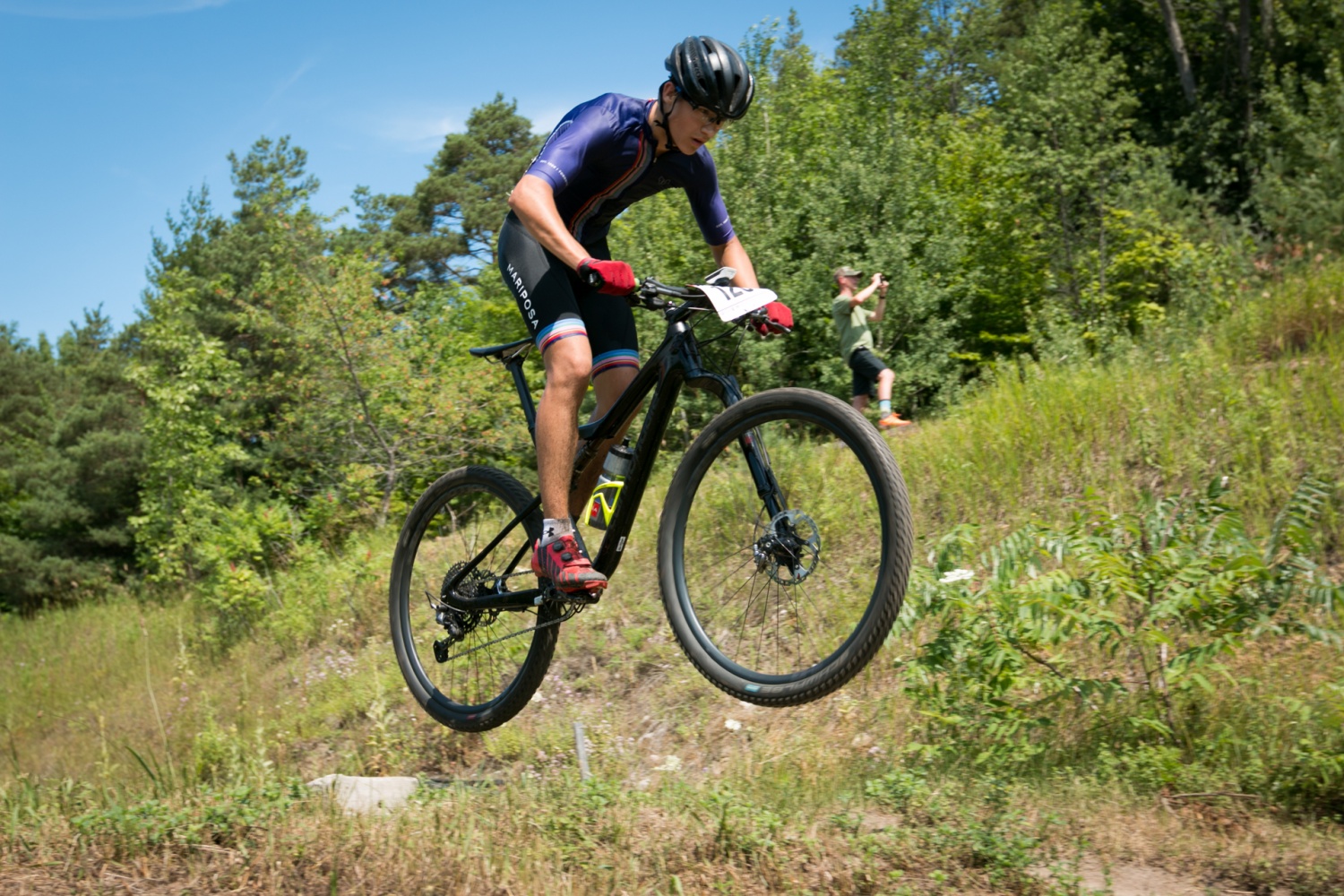 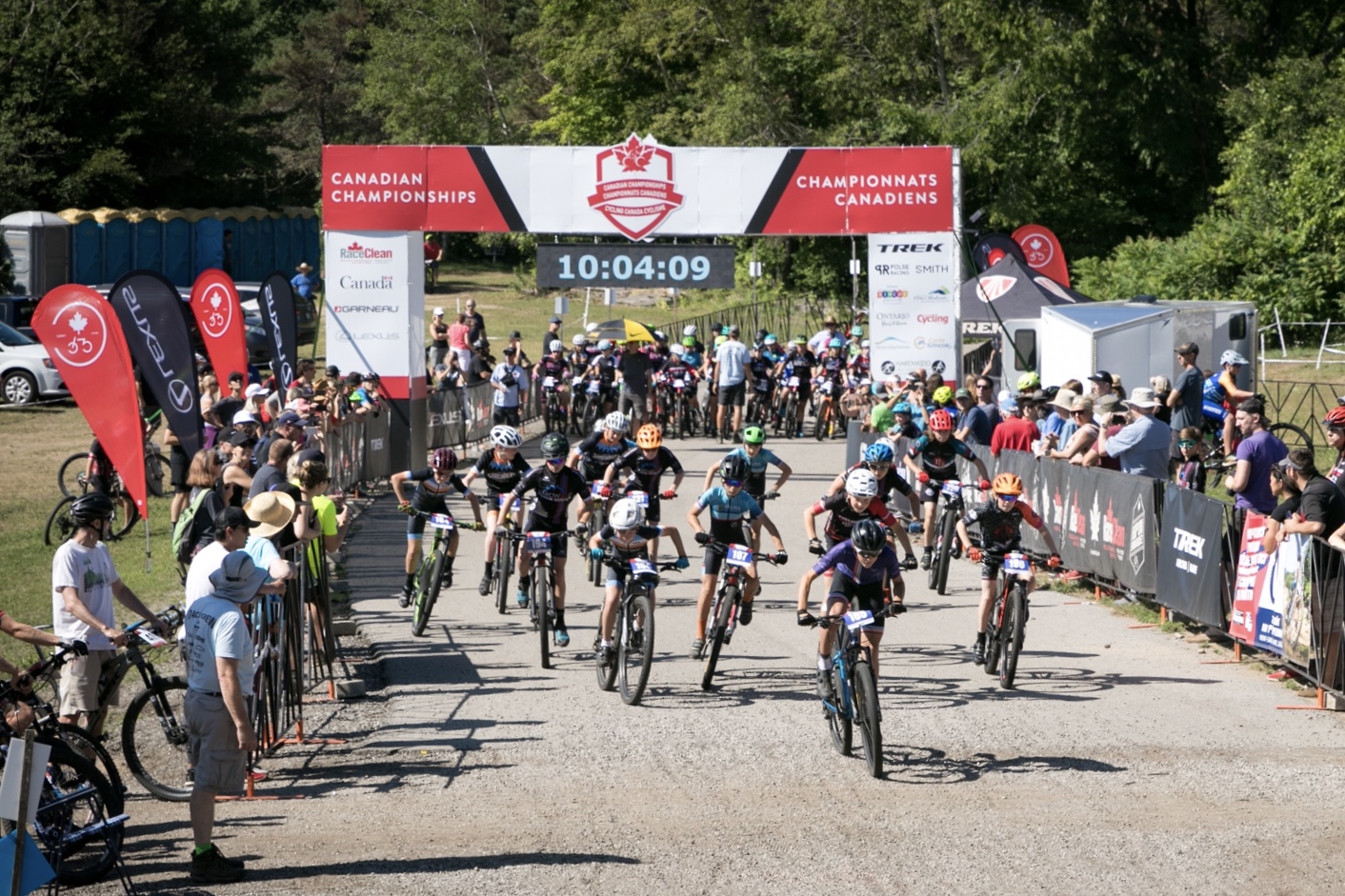 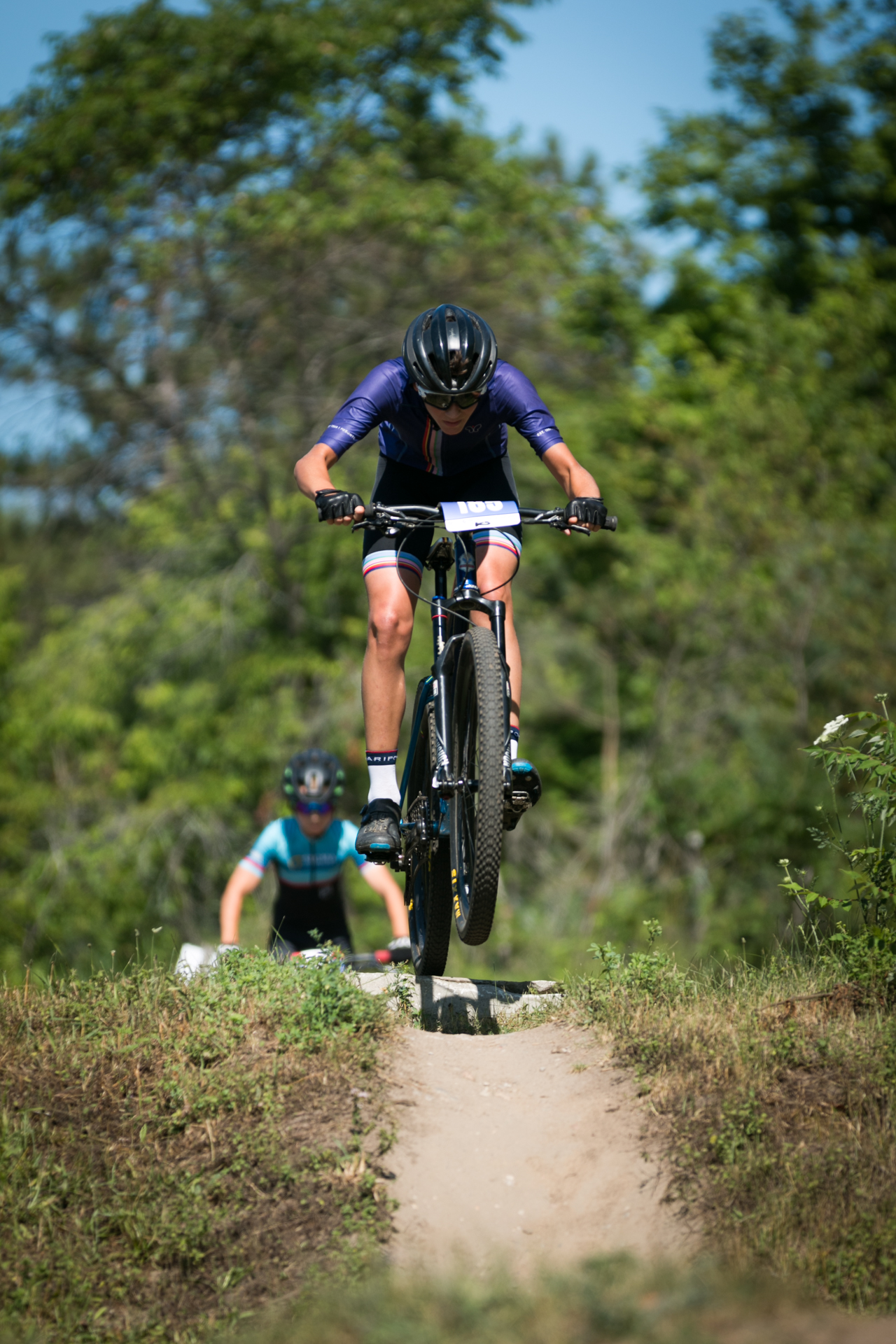 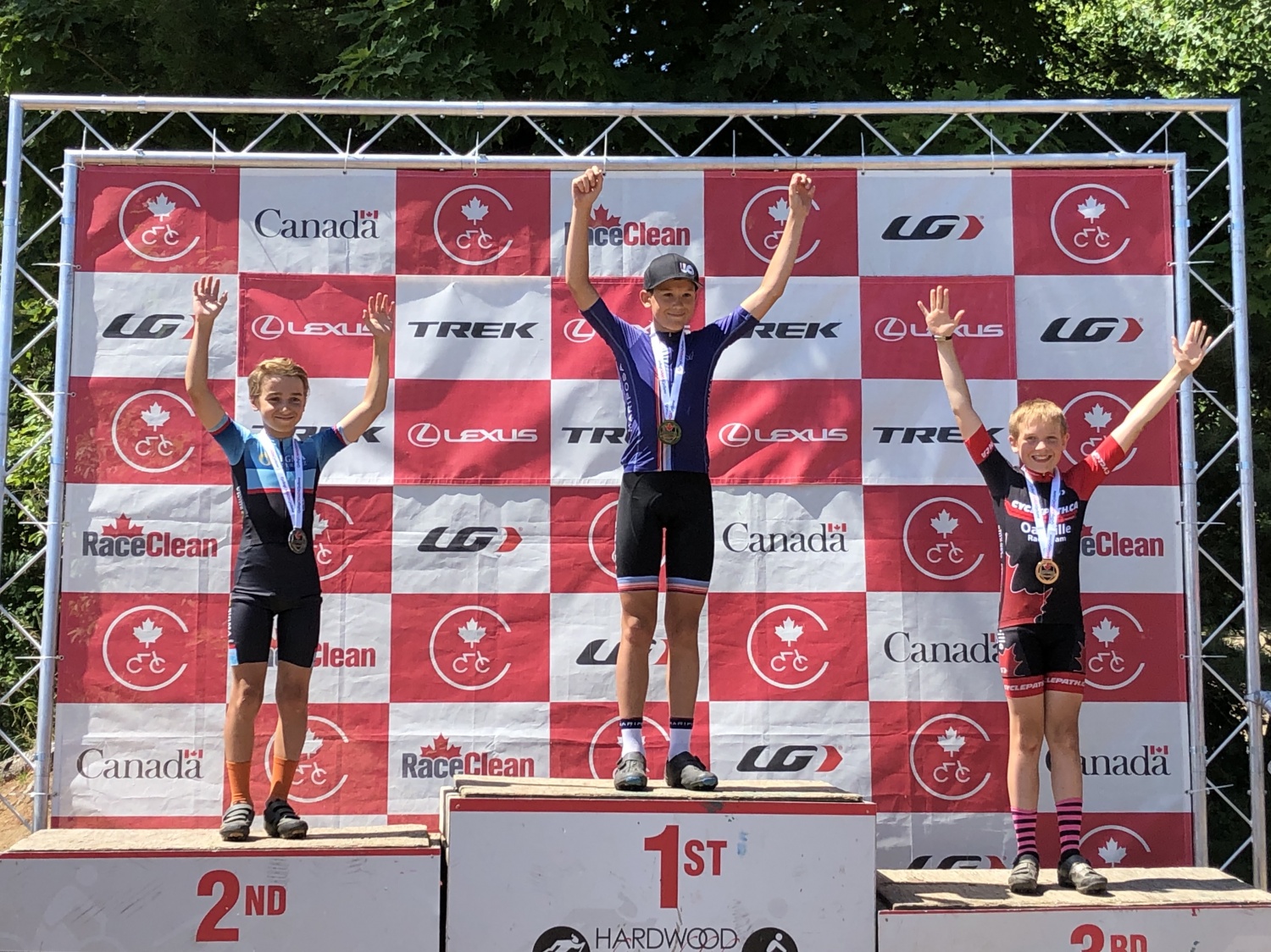