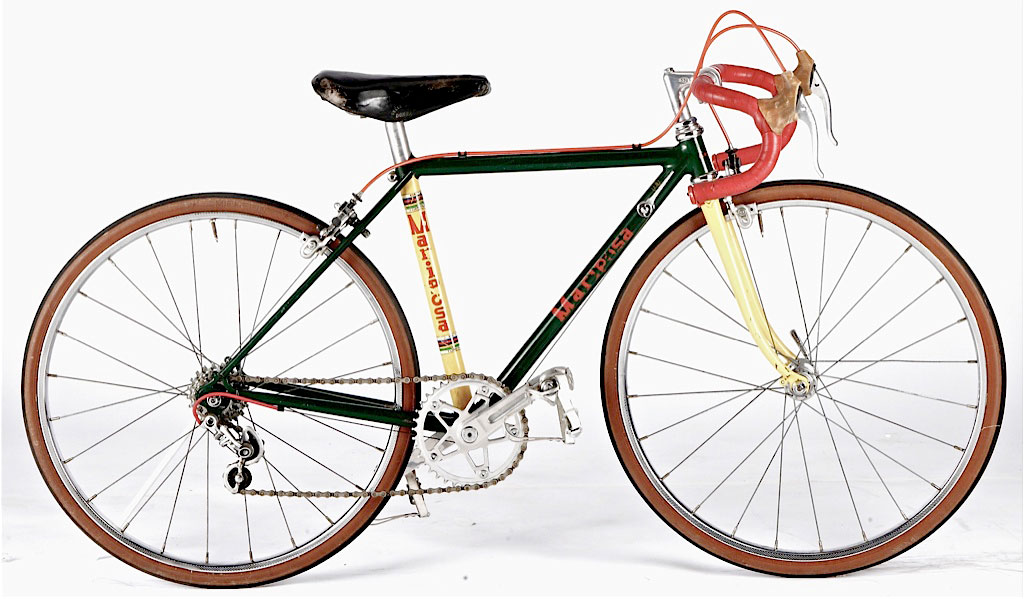 A good steel frame can be used repeatedly, for decades. It can be ridden, crashed, fixed and adapted. In the shop, old bikes come in constantly that need a tube replaced, a dent filled, a braze-on added or removed. An old steel bike can have ten lives and dozens of owners. My father built this bicycle for me in 1982, when I was 6 years old.  I lovingly rode it until I grew out of it and then it got passed on to countless other children before my two boys, Liam and Ashlin rode it.  As our children grow, they have been using the bikes my father built for me when I was their age. 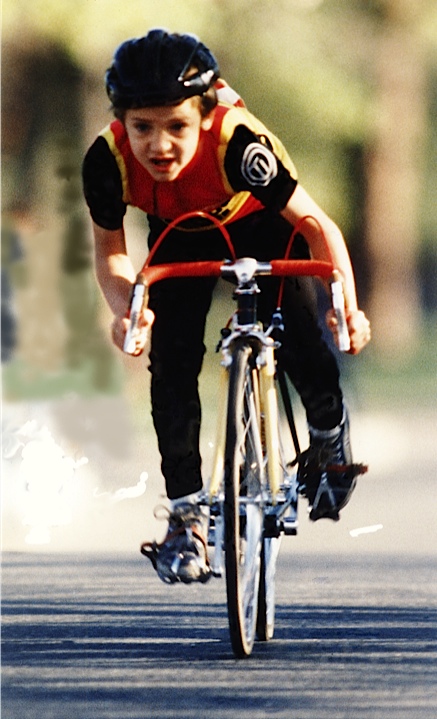 The frame was fillet brazed with a mix of tubing. At the time, it was difficult to find racing parts that were made for smaller bikes. The Huret Jubilee derailleur fit nicely but the Stronglight cranks were cut and retapped to a shorter length and the Selle Royale saddle was cut shorter as well. Originally, the bike had tubular rims and tires which my father found at a shop in England. A single chainwheel kept things simple and functional, and as I wasn’t really riding up many long hills, suited my needs. It was also impossible to find child size cycling shoes in Canada so my father took a pair of Adidas soccer shoes and cut off the studs. The black leather shoes didn’t look much different from Merckx’s racing shoes, which I thought was quite special. I think I was most proud of the fact the bike was painted just like the shop’s racing team bikes, as many of the riders were my idols. 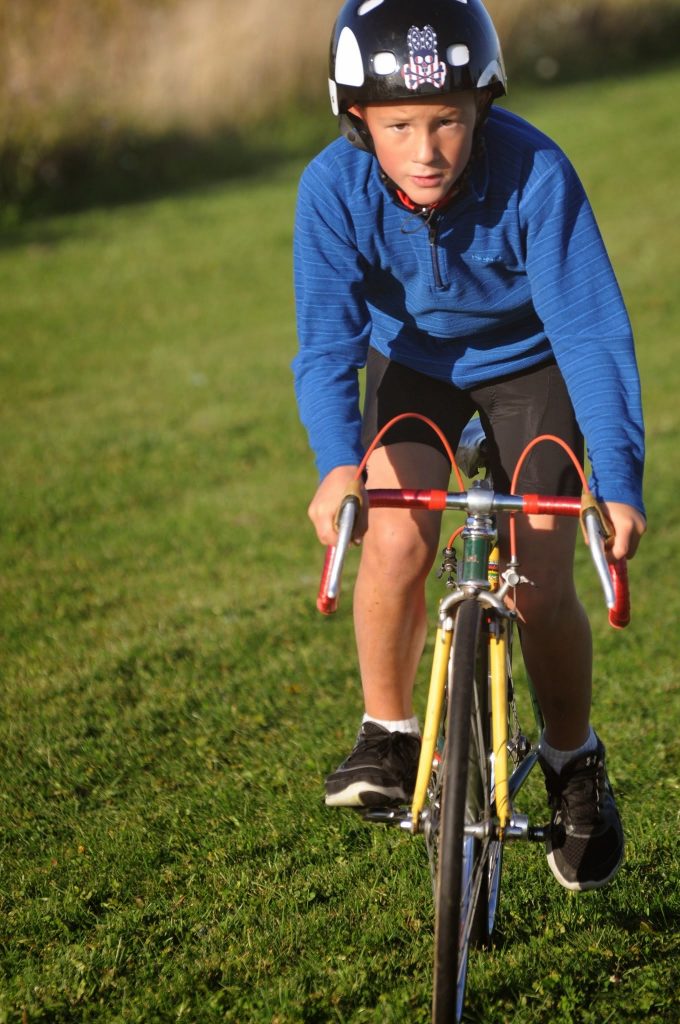 Knowing my fondness for this bicycle, my wife, Dede commissioned New York City based artist, Taliah Lempart to paint it in 2005. 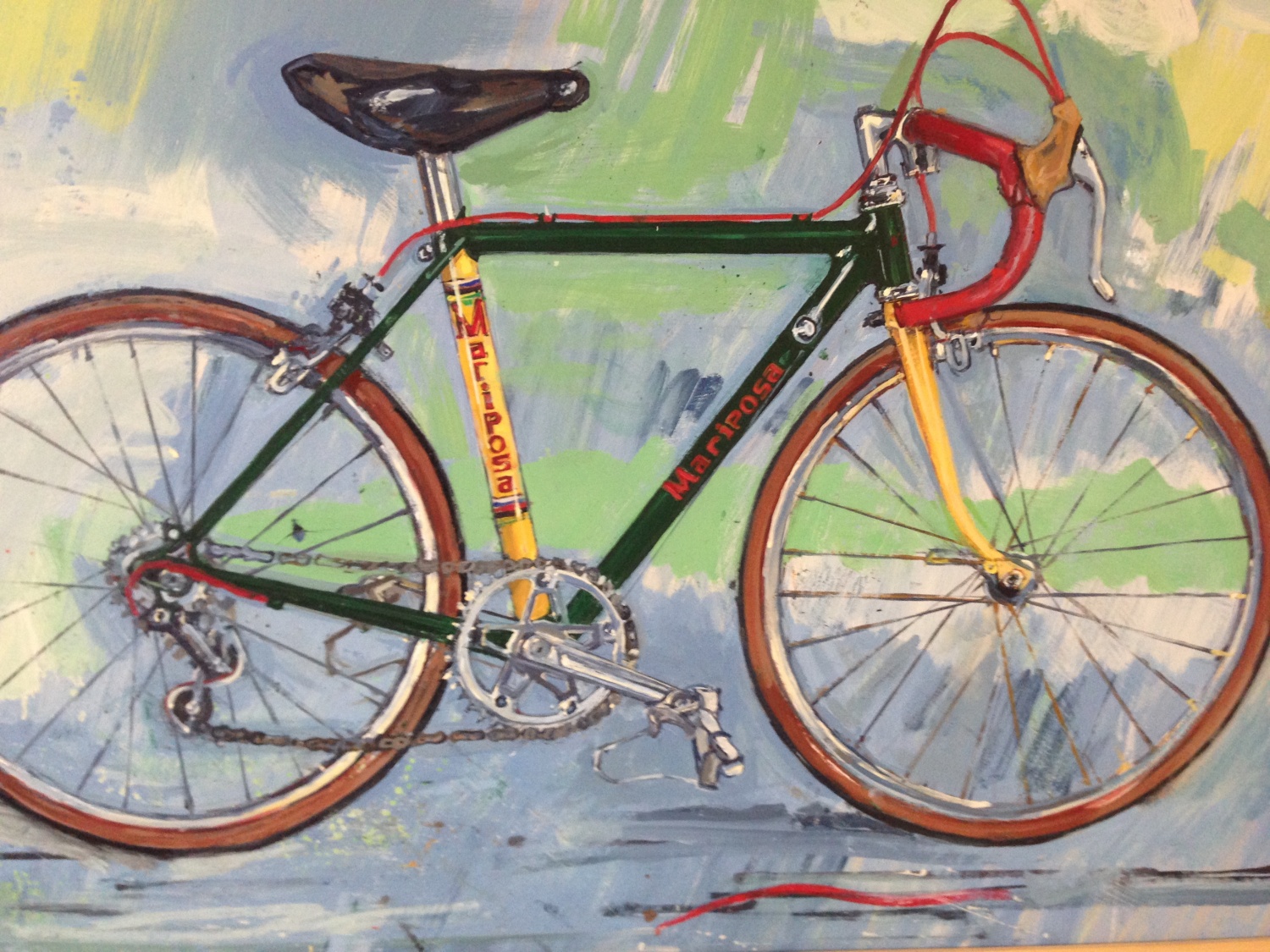 A few years later, Taliah published a bicycle art coloring book, which featured it on the cover. 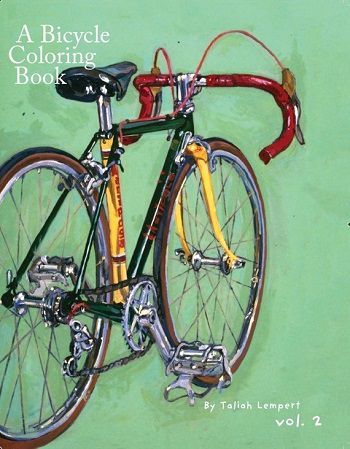 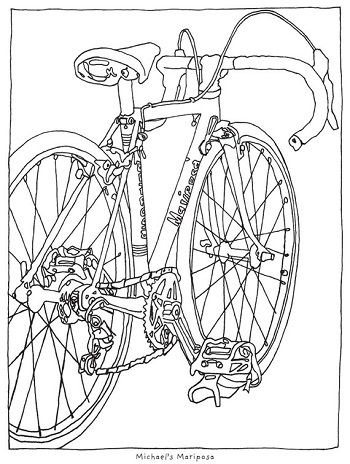