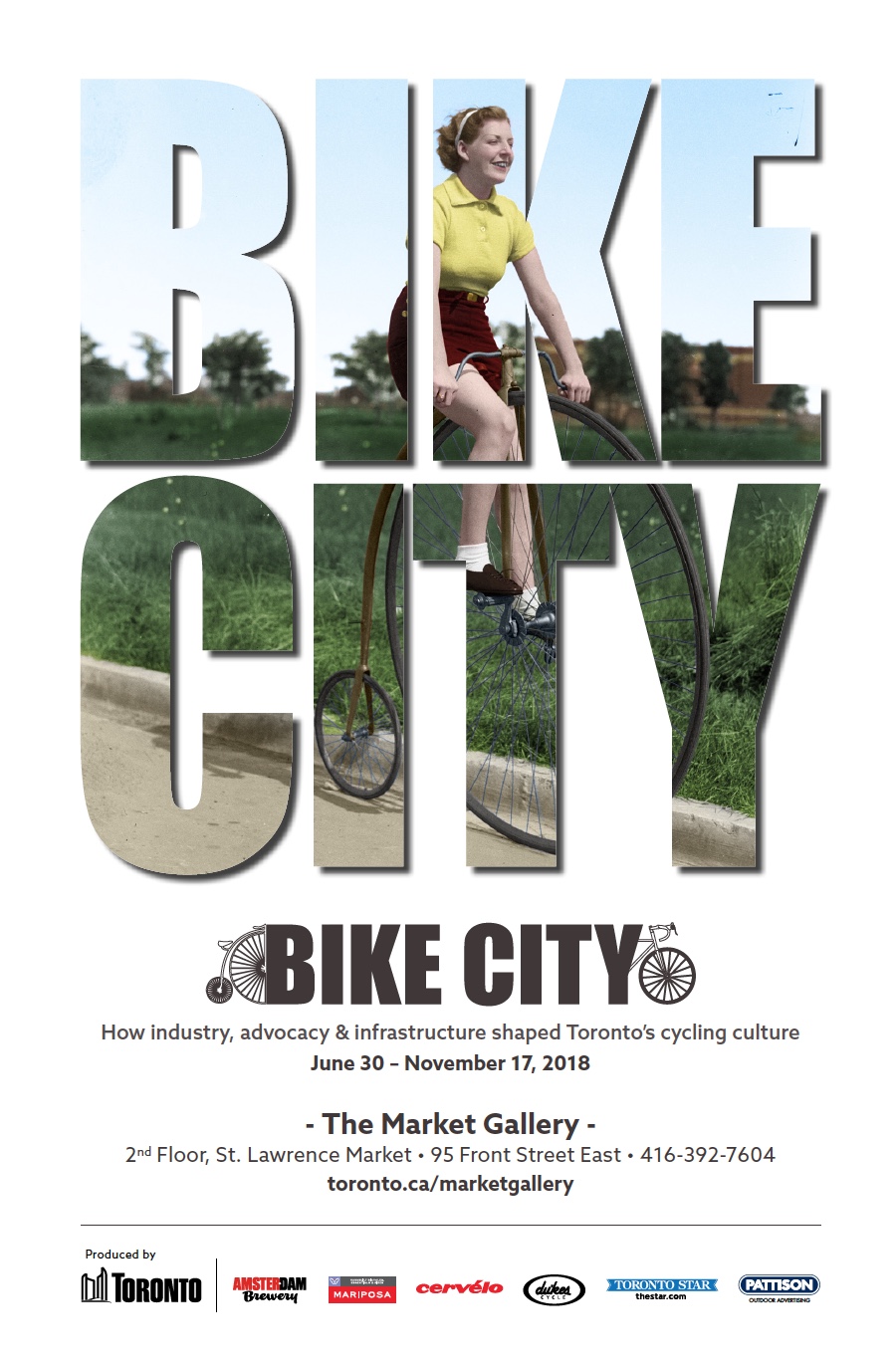 Today, the bicycle is a mainstream mode of transportation for almost a million cyclists in Toronto, yet sharing the road has been a challenge for city builders and city users for well over a century. Showcasing bicycles made in Toronto, archival photographs, bicycle art, early advertisements and artifacts from private and public collections, Bike City tells the story of the bicycle and its impact on Toronto, past, present and future. 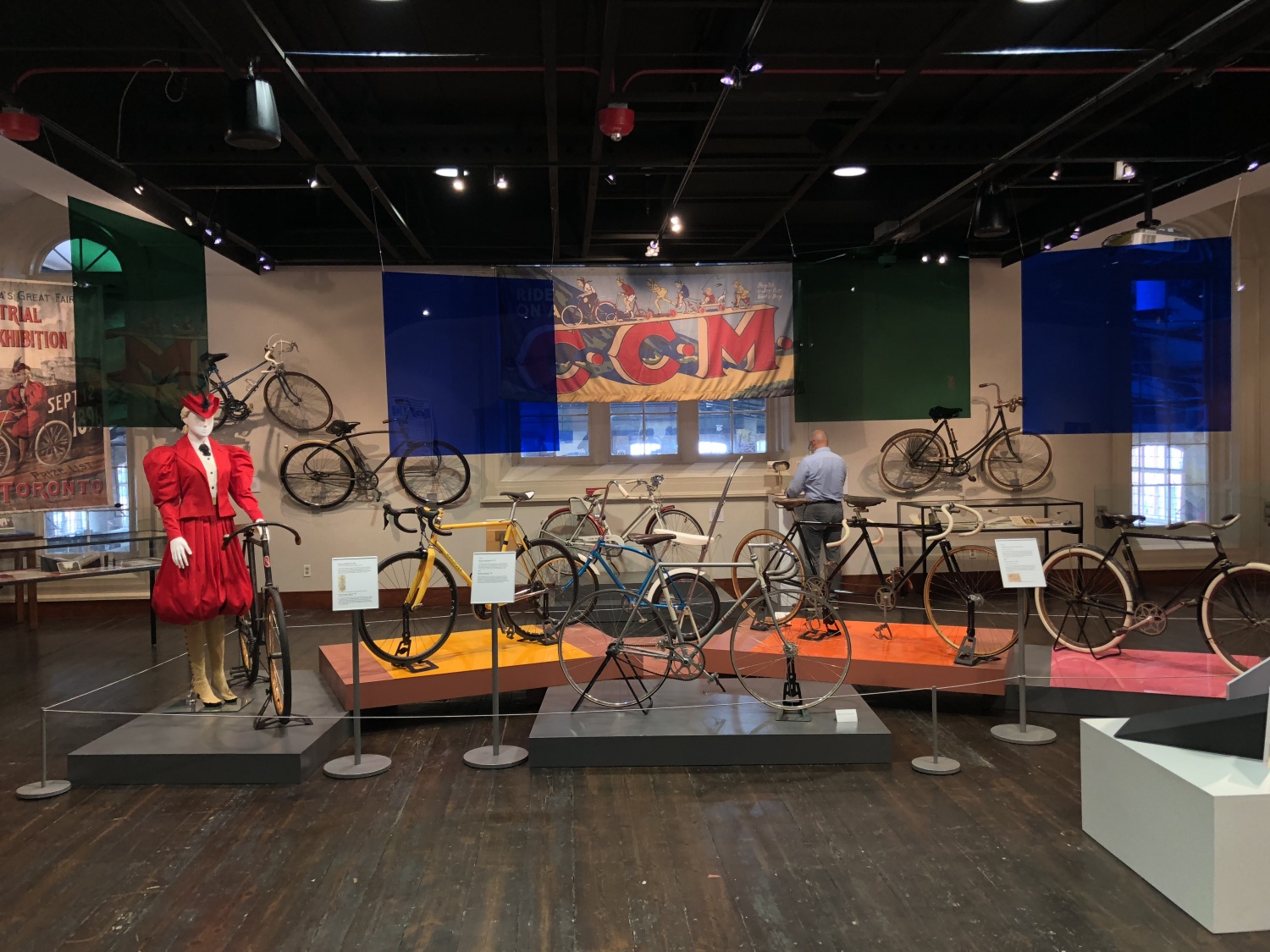 The first Mariposa, built in 1969 in the basement of a Toronto (Davisville) home is on display, alongside a Mariposa road bicycle built in 2016 and a 1932 Doc Morton tandem track bicycle built for the 1932 Canadian Olympic team.  This tandem is part of the Mike Barry vintage bicycle collection. 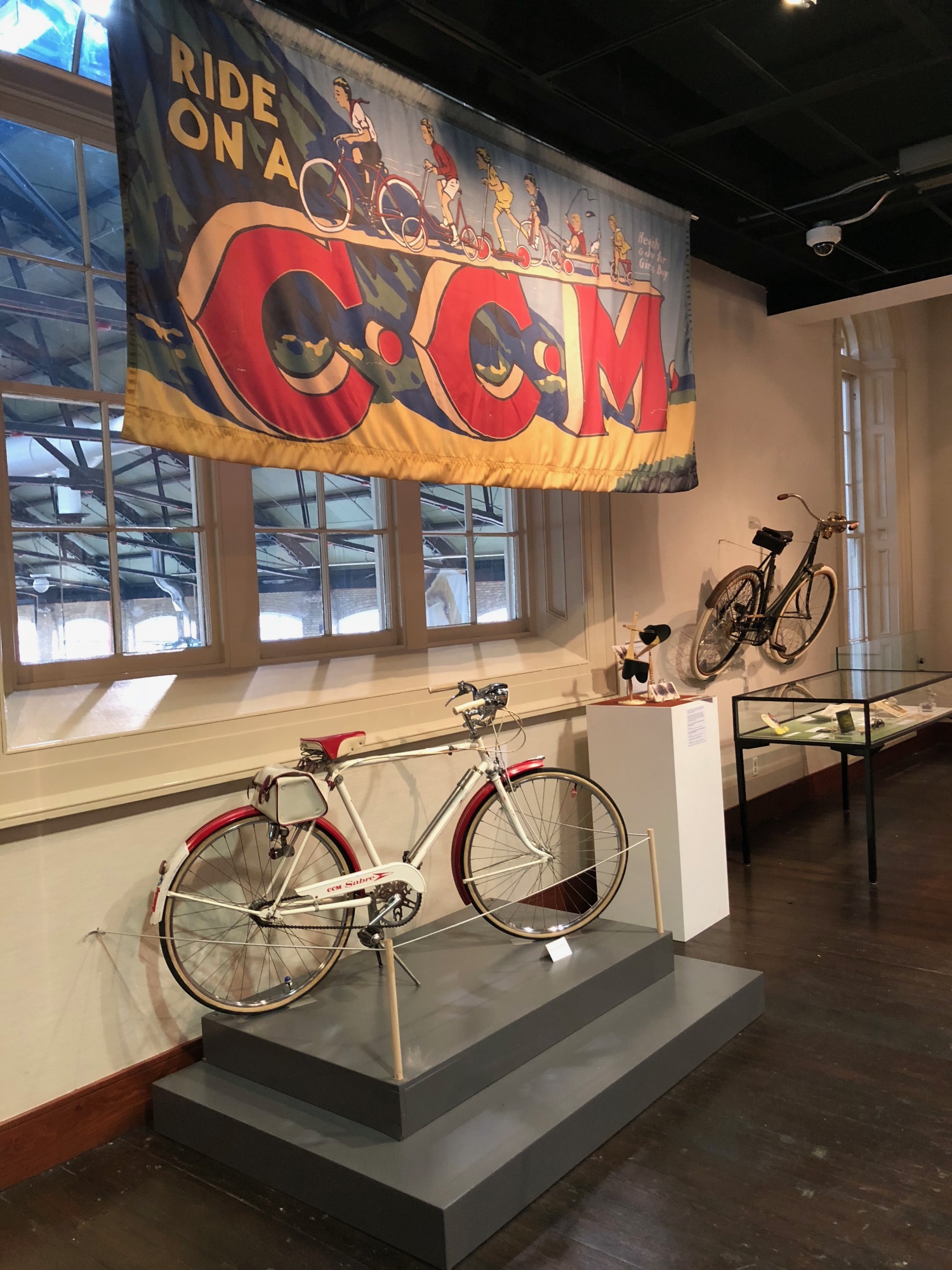 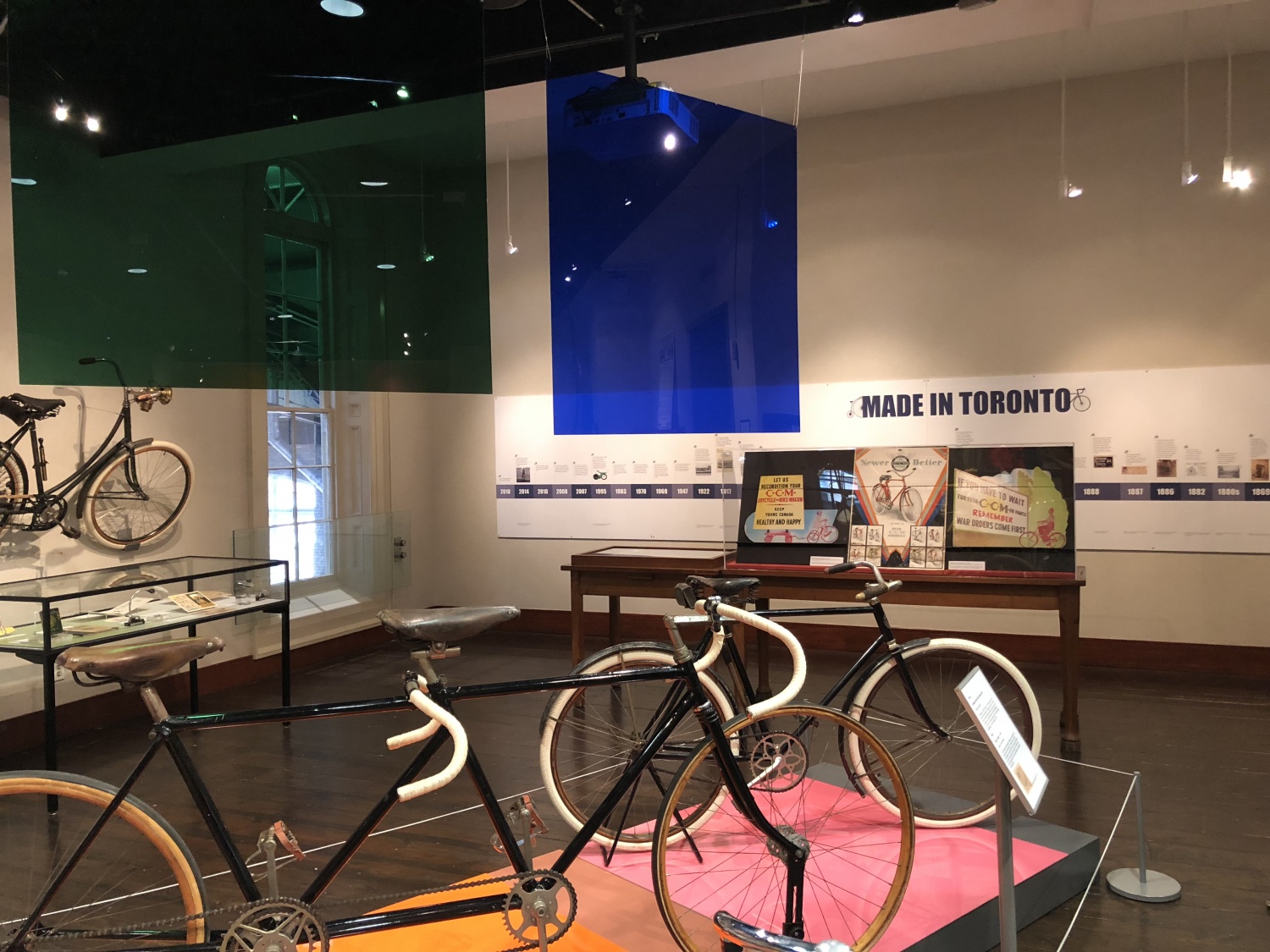 A timeline tracks the history of the bicycle industry in Toronto 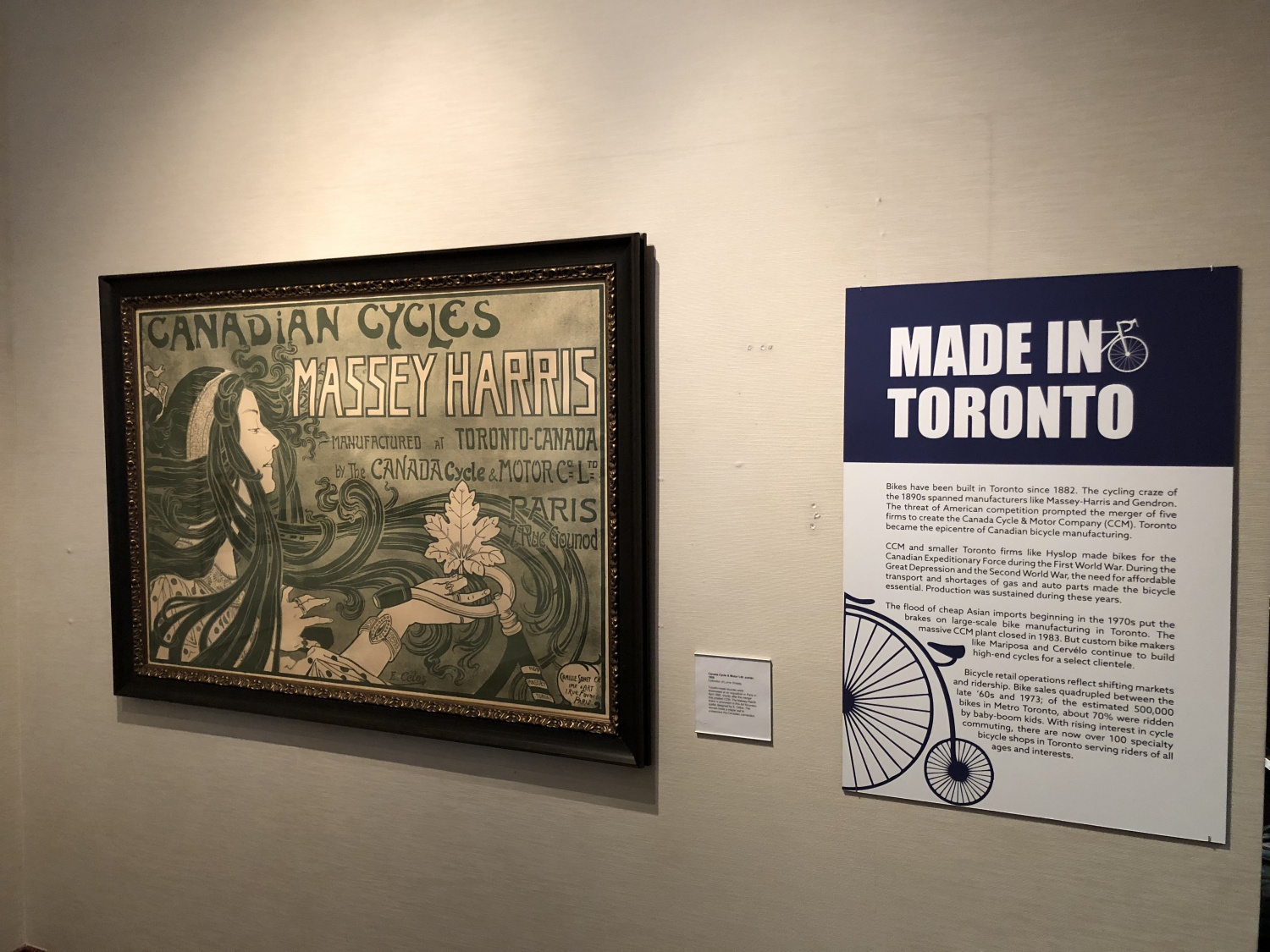 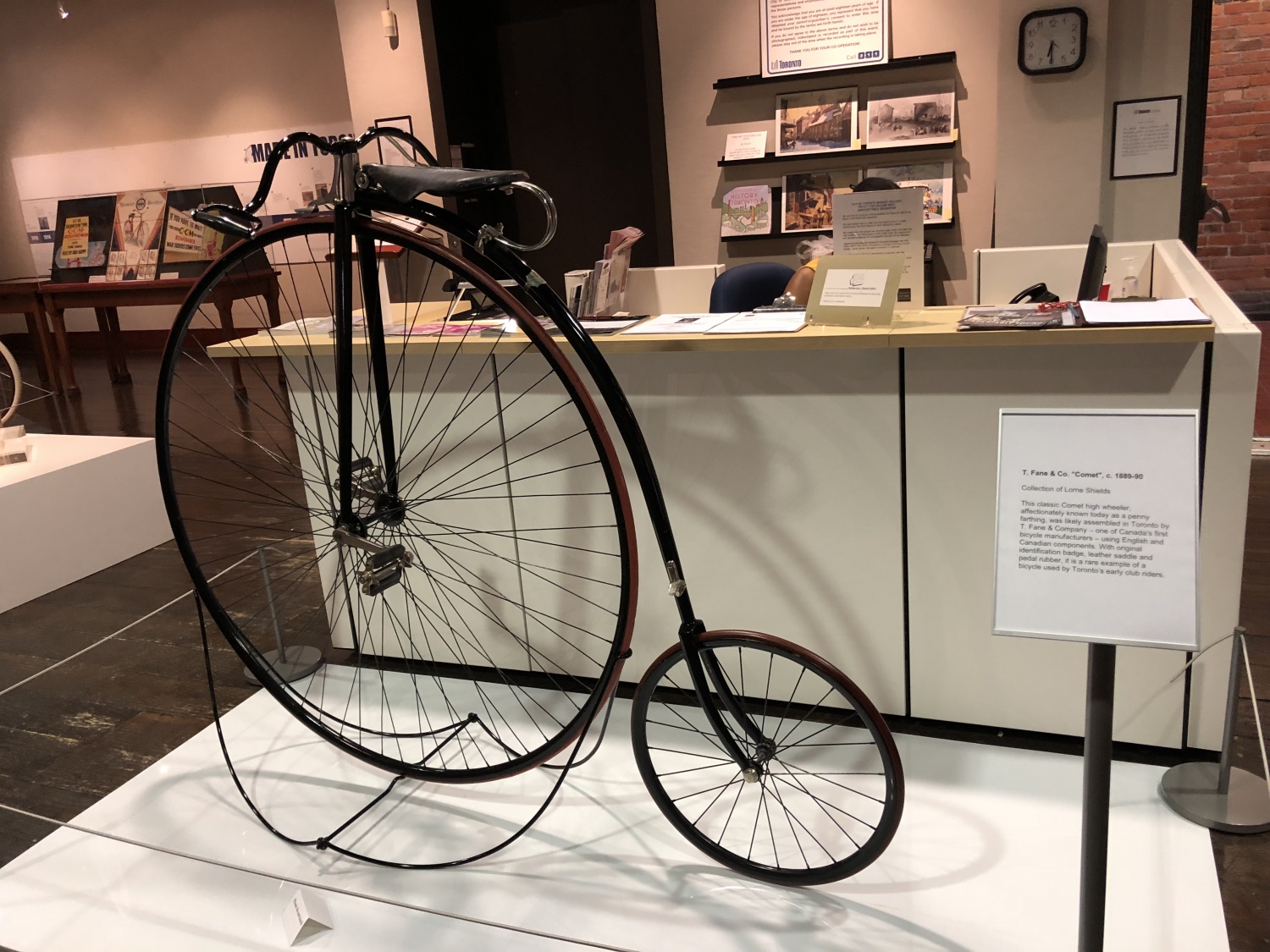 This T. Fane & Co. “Comet”, c1899-1890 was assembled in Toronto by one of Canada’s first bicycle manufacturers using Canadian and English components.  With the original headbadge (photographed below), leather saddle and pedal rubber, it is a rare example of a bicycle used by Toronto’s early cycling club members.  This bicycle is part of the Collection of Lorne Shields and was restored by Mike Barry Sr. in the Bicycle Specialties – Mariposa Bicycles workshop. 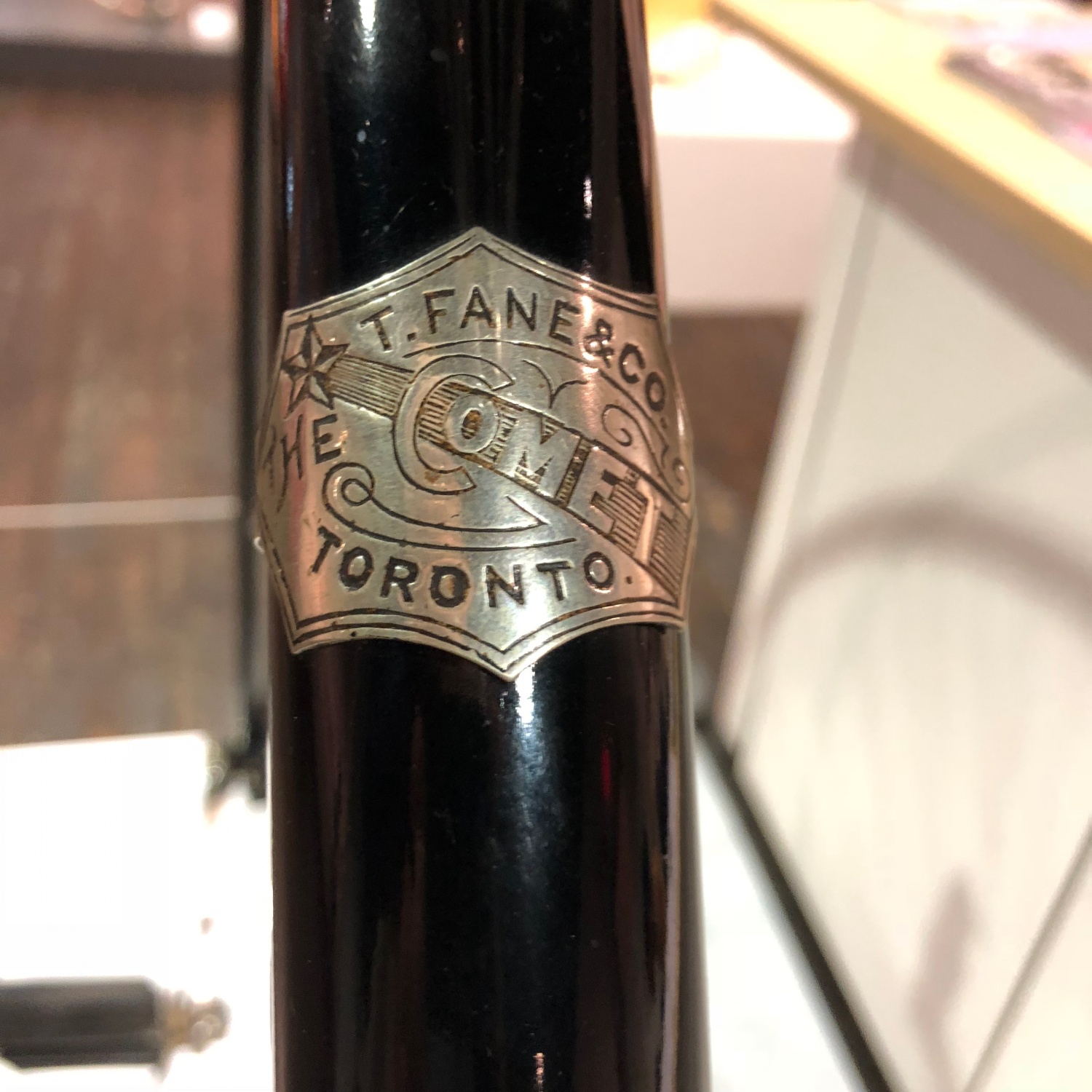 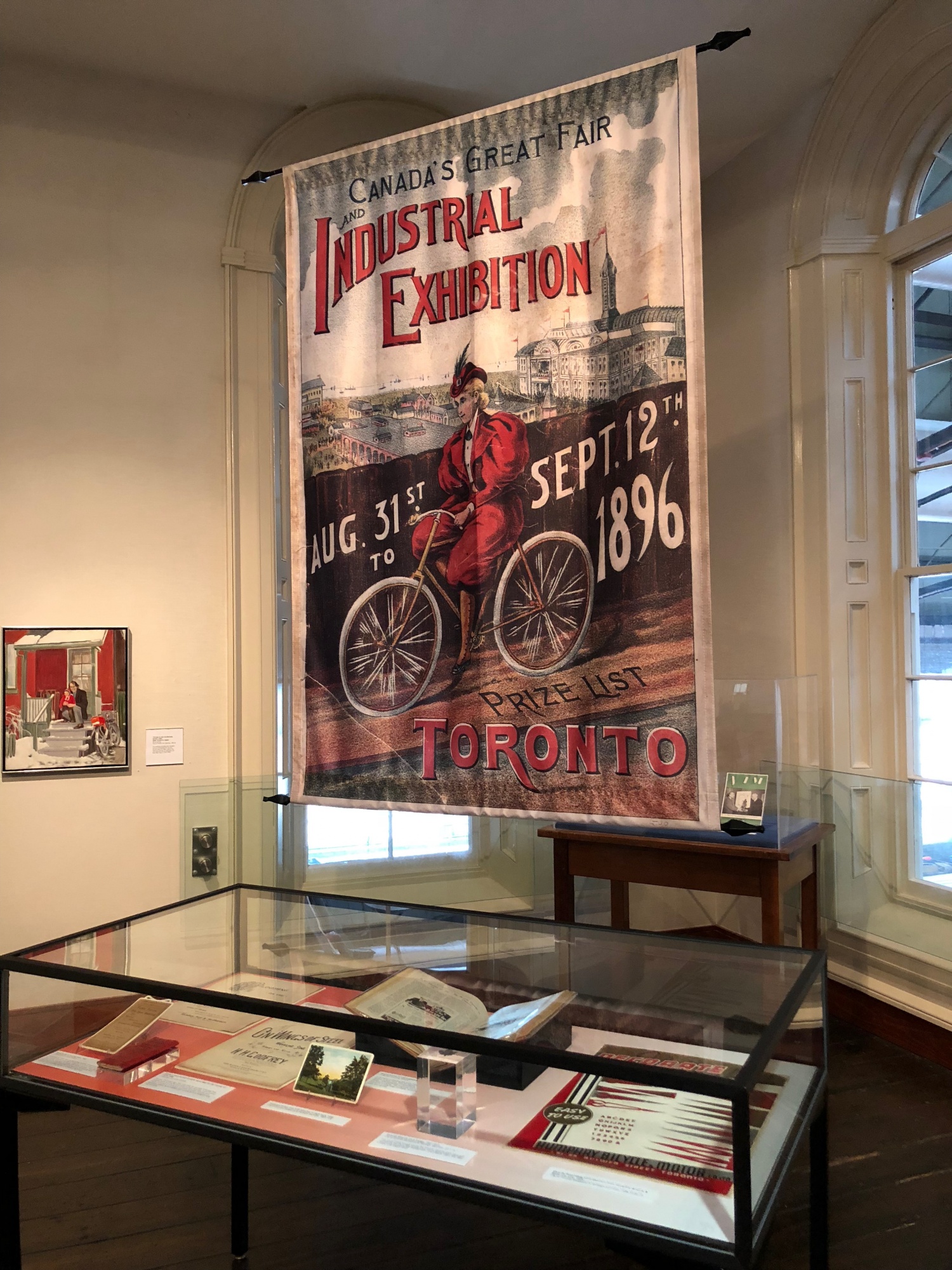 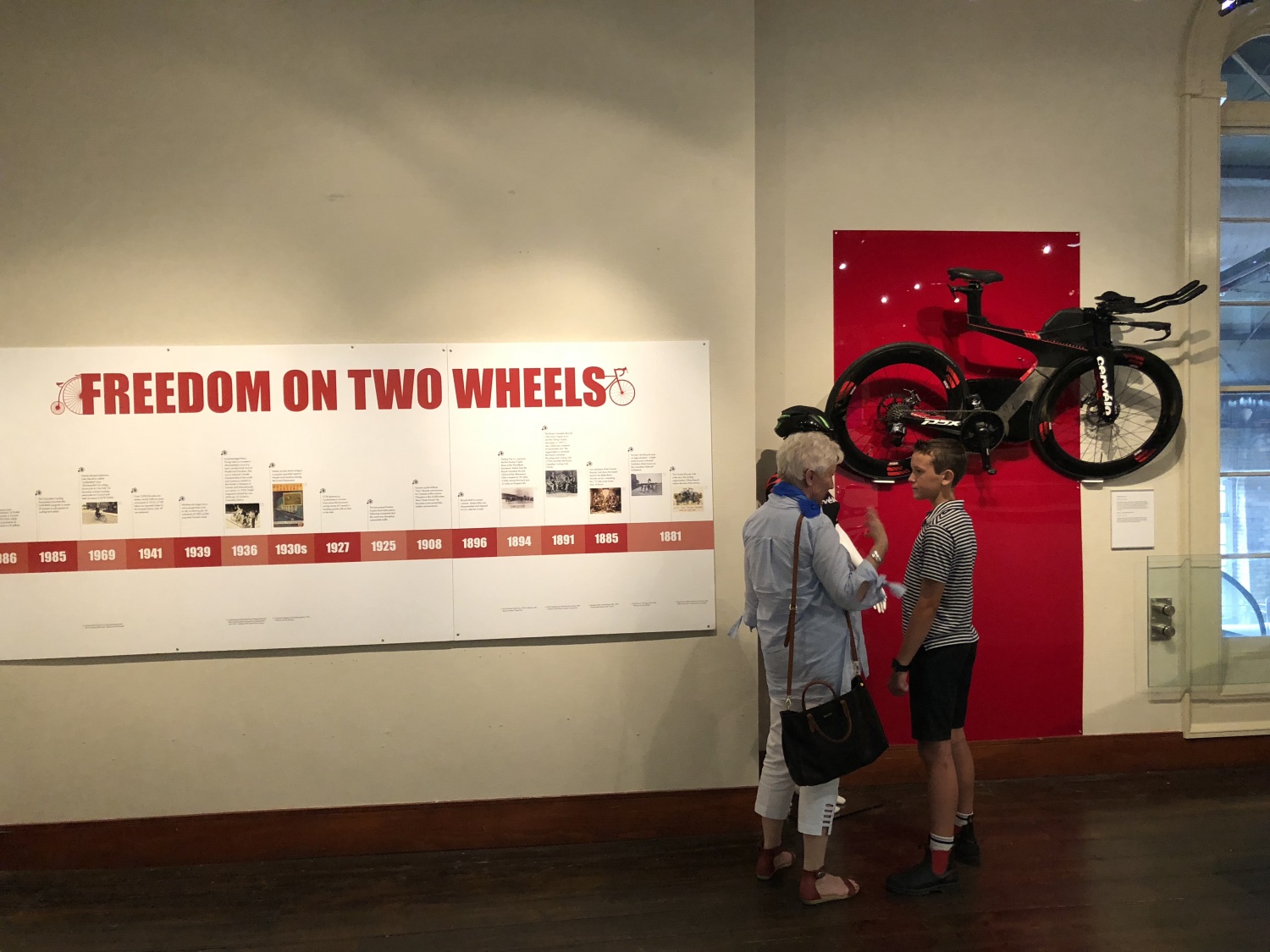 Although Cervelo  bicycles are currently manufactured in Asia and the company is owned by Pon Holdings, a Dutch conglomerate, it was started in Toronto by two McGill University Engineering grads, Phil White and Gerard Vroomen, whose innovation in aero bicycle design had a prominent impact on bicycle racing and triathlon.  This 2018 aero bicycle fitted with disc brakes. 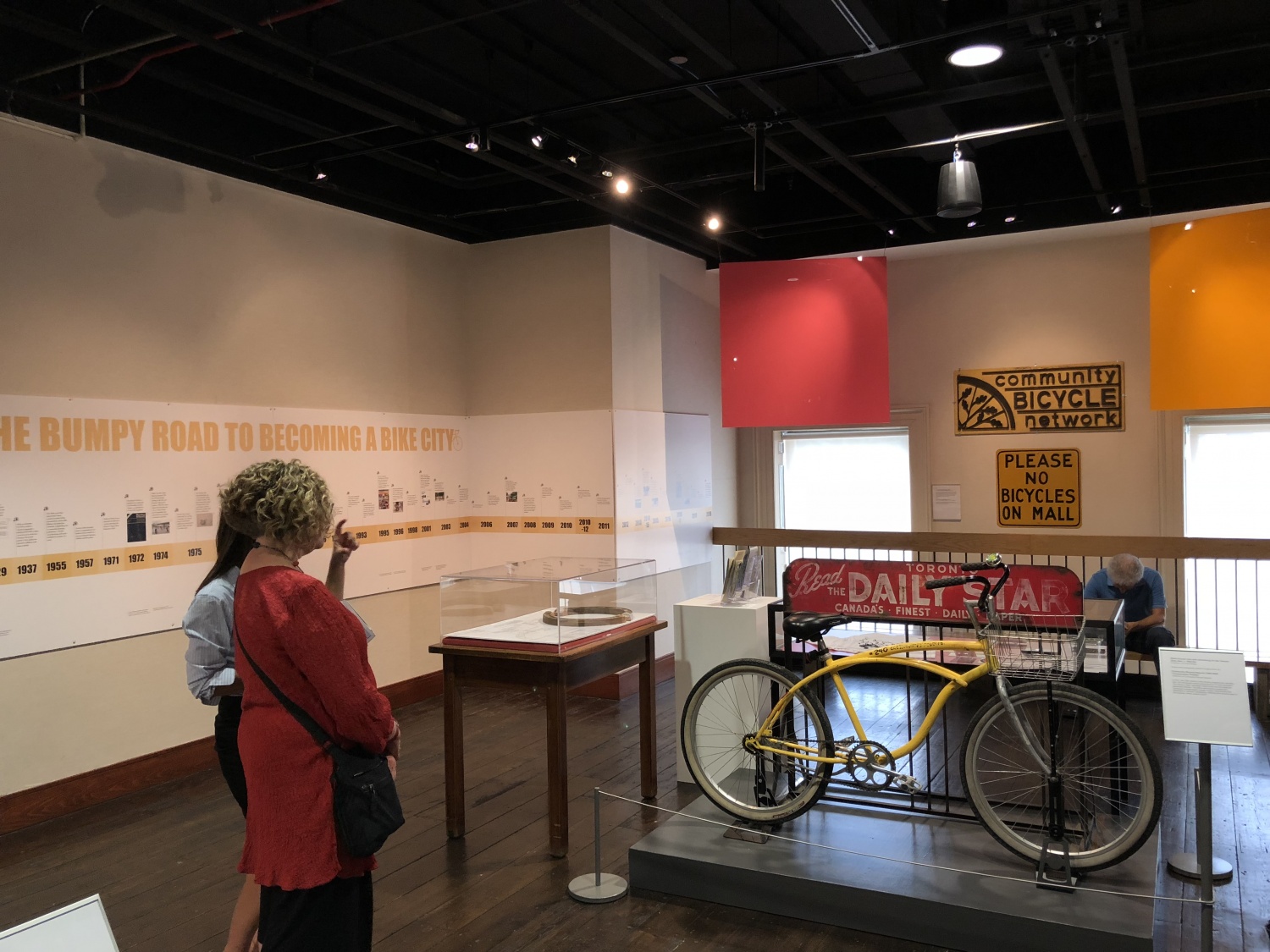 The history of cycling advocacy and infrastructure in Toronto. 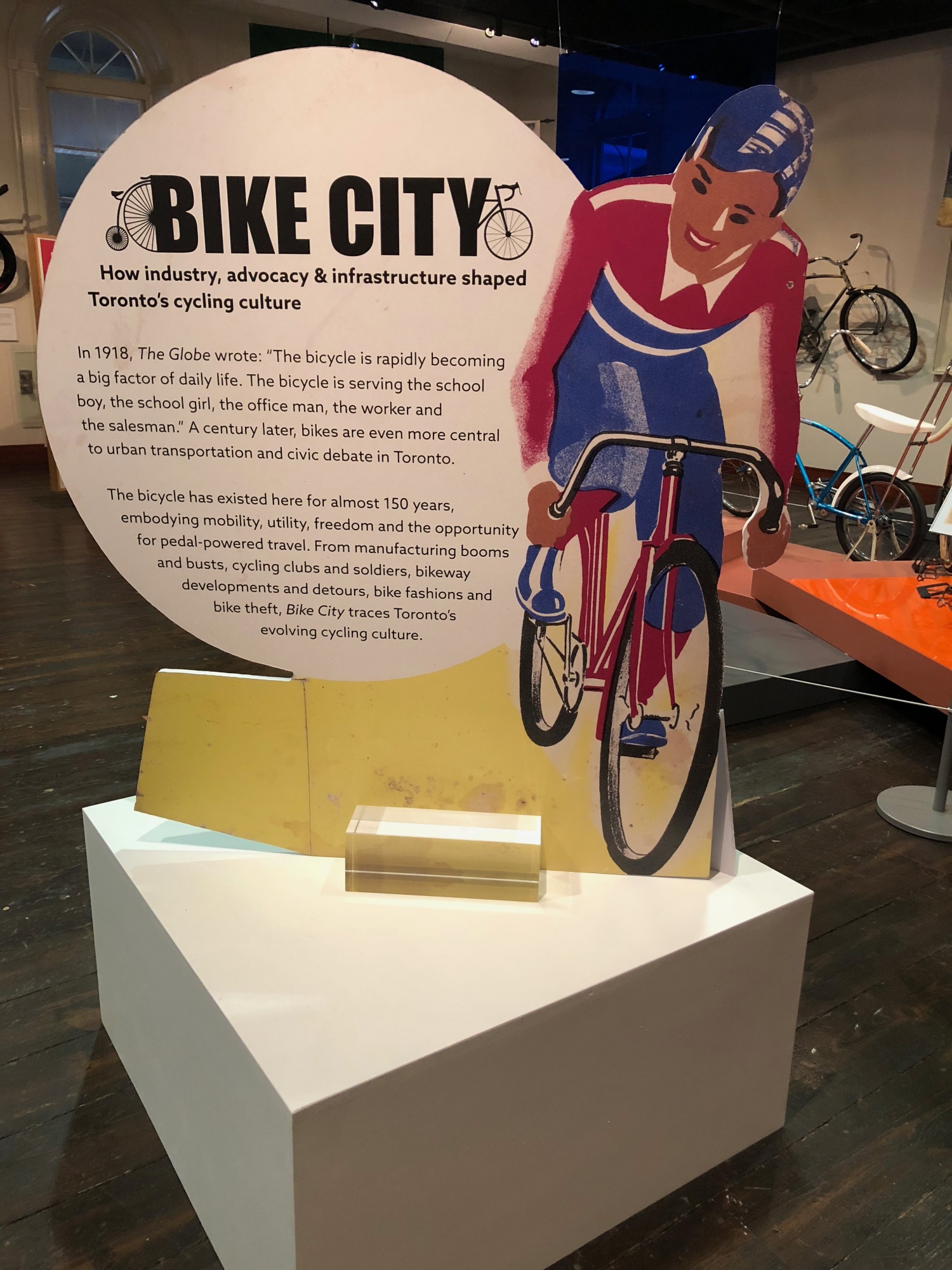