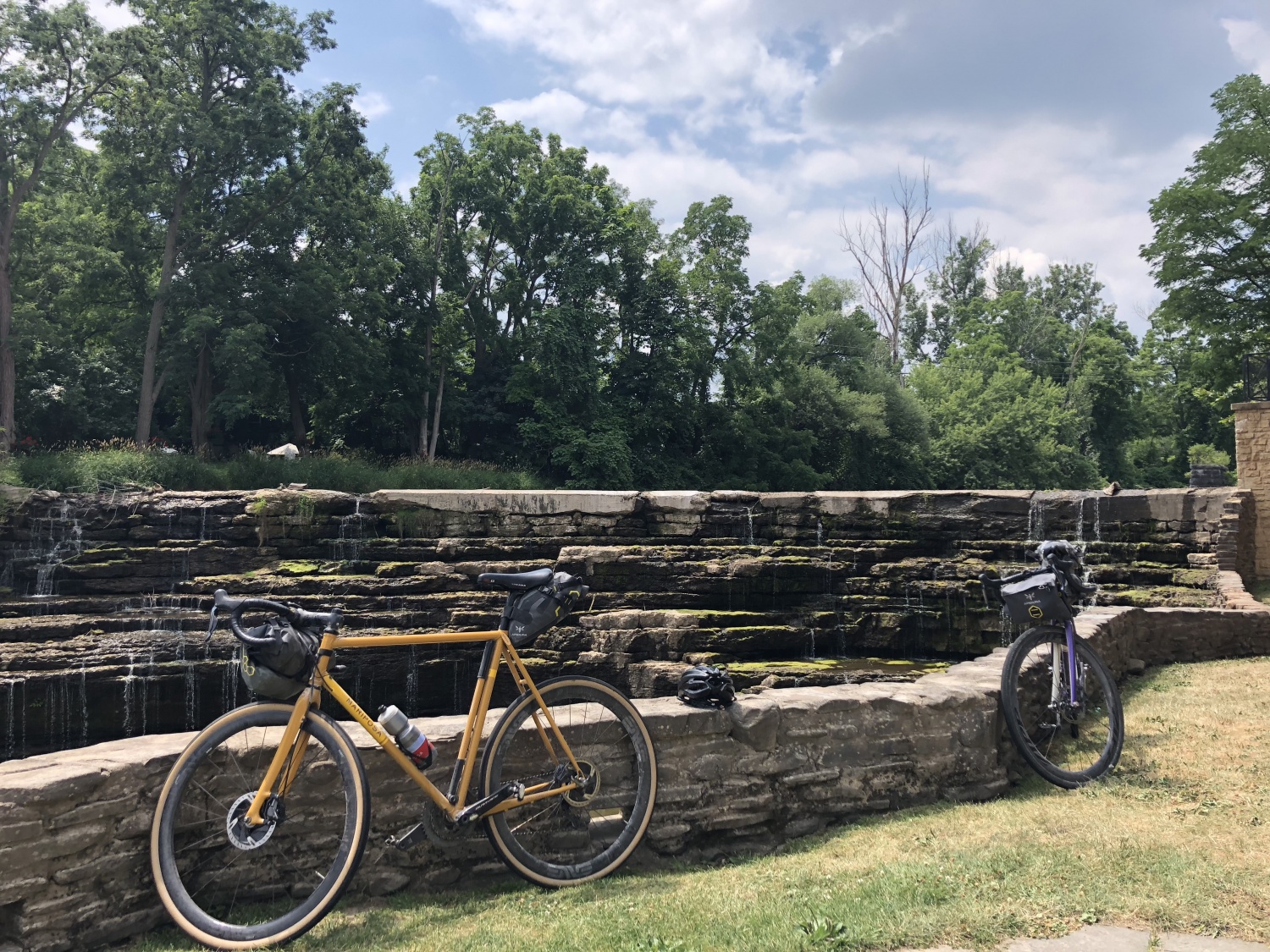 Adventures don’t always require a lot of planning and some of the best trips are planned at the last minute. In big city culture, it has become increasingly difficult to find time to break away from the routine to discover something new, so whenever possible, we squeeze in micro-adventures, whether it’s simply a new trail on the way to the shop in the morning, a longer ride out into the countryside on a route we’ve not yet ridden, or a weekend away. All it takes to enjoy a good weekend trip is a map, a few panniers/bags loaded with flip flops, a bathing suit, shorts and shirt, the essential toiletries, a pump, patch kit and tubes, and a credit card to buy food and book hotels.

With good weather in the forecast, and our boys away at camp, plans were put in place on a Friday for a weekend trip to upstate New York. The weekend adventure took us on roads, trails and paths we had not ridden before through a sparesly populated area with rolling hills, picturesque countryside, few cars, small towns, lakes, streams, and friendly folks.  On the way east, we rode through historic towns along the Erie Canal, an area where industry and agriculture were once thriving. Along the route, there are signs marking the sites and outlining the history of the area.

The route took us from Lockport, NY to Lake Seneca and back to Lockport over 2 days. It was roughly 400 km in total, which seems like a lot but, when you’ve got all day, no concrete schedule and hours of sunlight, it is completely manageable.

The majority of the Erie Canal trail is smooth limestone gravel but in sections it is paved. It can be ridden on a road bike but larger section tires (32 mm tires and up) are ideal as they’ll absorb the smaller bumps on the trail making the ride more enjoyable. The tarmac on the rural roads is smooth with very few potholes and any of the more traveled roads have a large well paved shoulder, one which cyclists can ride comfortably two abreast. On the few sections of route where there was traffic, the drivers were courteous and patient.

The two days became a brilliant little adventure with great conversation, good food, junk food and all the essentials packed into our Apidura Expedition Bags.

Next up, we’re heading out as a family for another challenge.

Plan a trip, pack a bag and hit the road.

Day 1:  Lockport to Lake Seneca, NY.  200km starting out on the Erie Canal trail and then finishing on a combination of single track trails and farm roads. 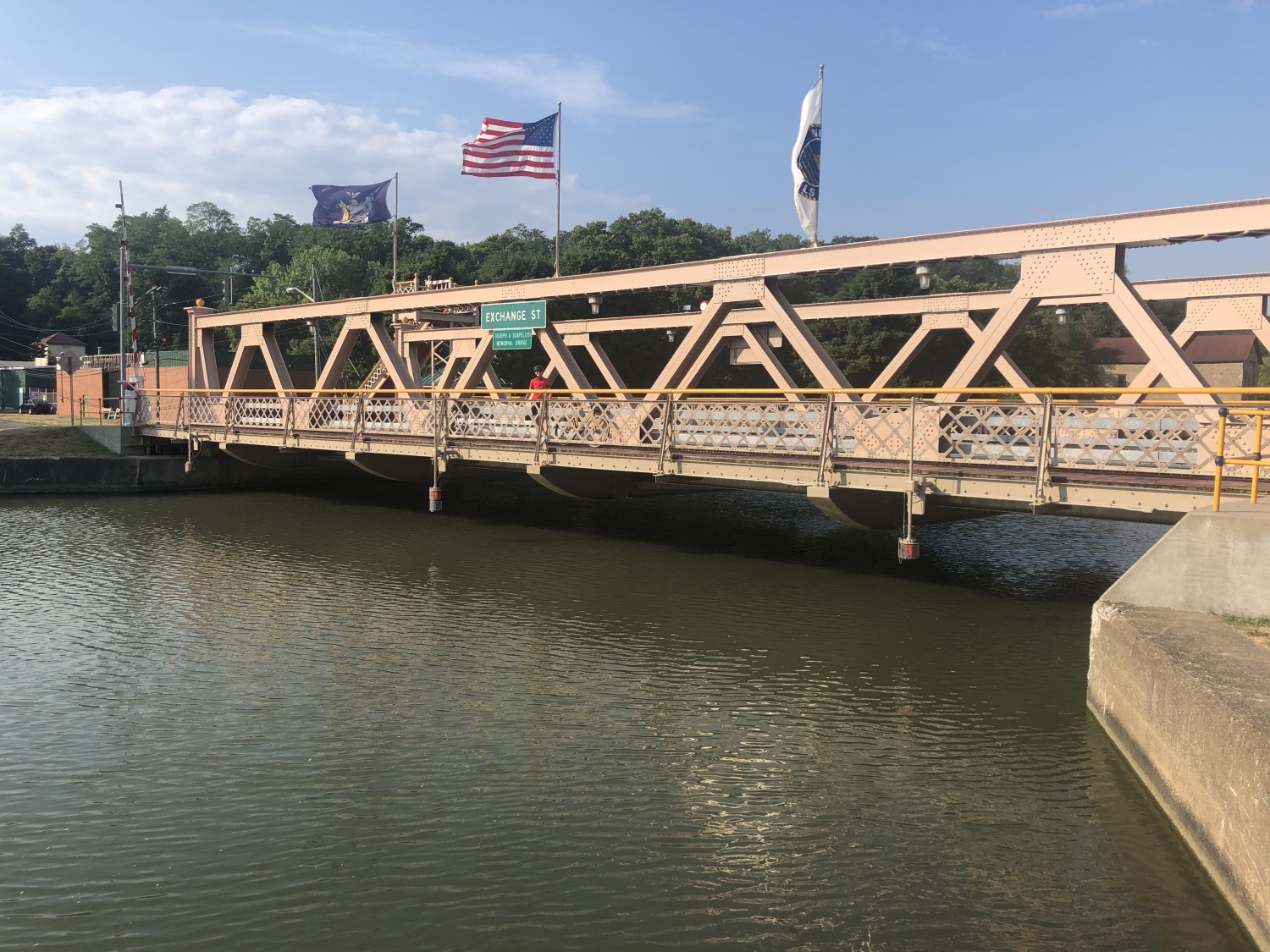 Lockport, NY on the Erie Canal 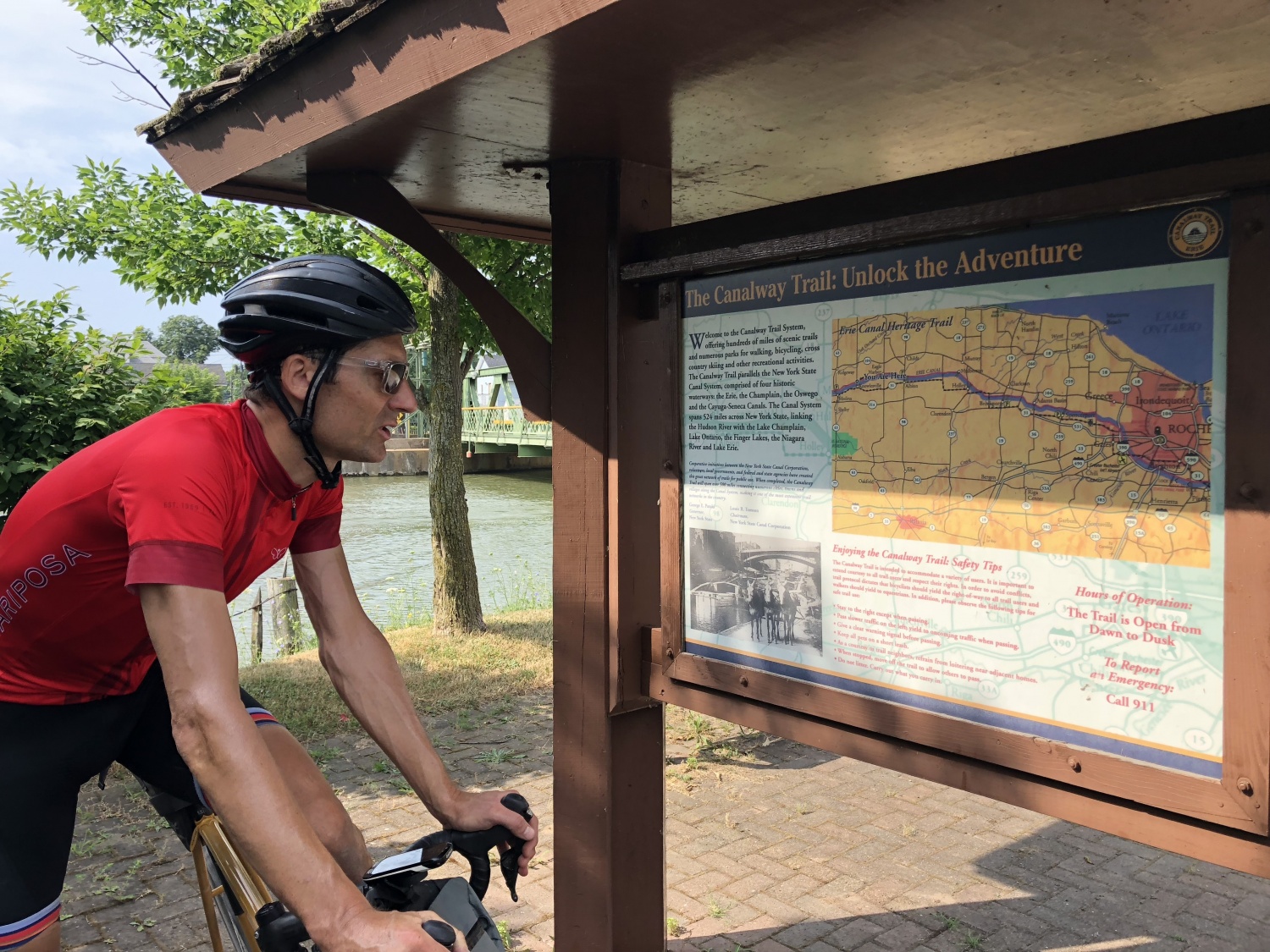 The Erie Canal Trail is 580 km (360 miles) of mostly flat, multi-use trail and on-road segments, that run from Albany and Buffalo, NY. 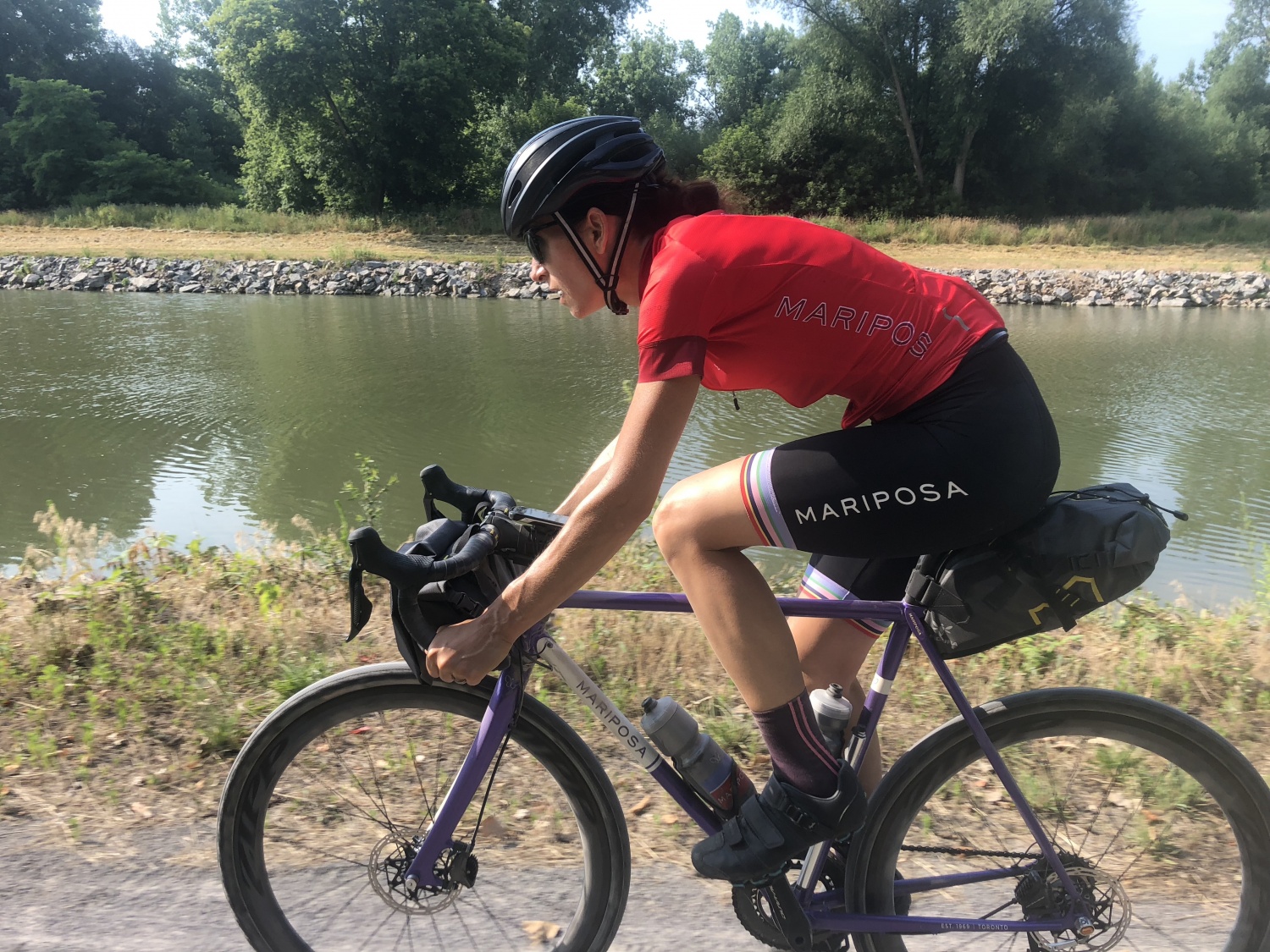 Motoring along the Erie Canal on hard packed gravel. 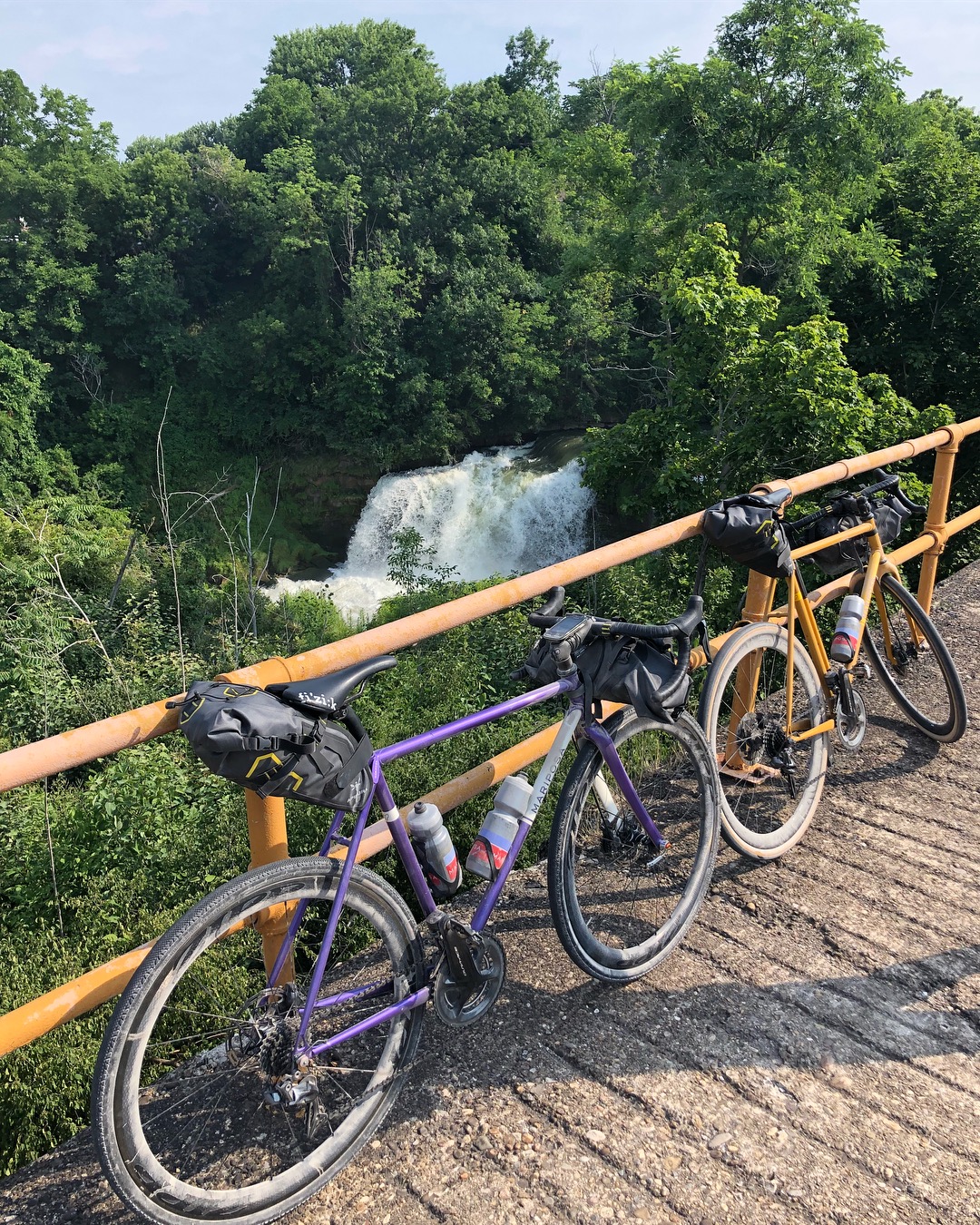 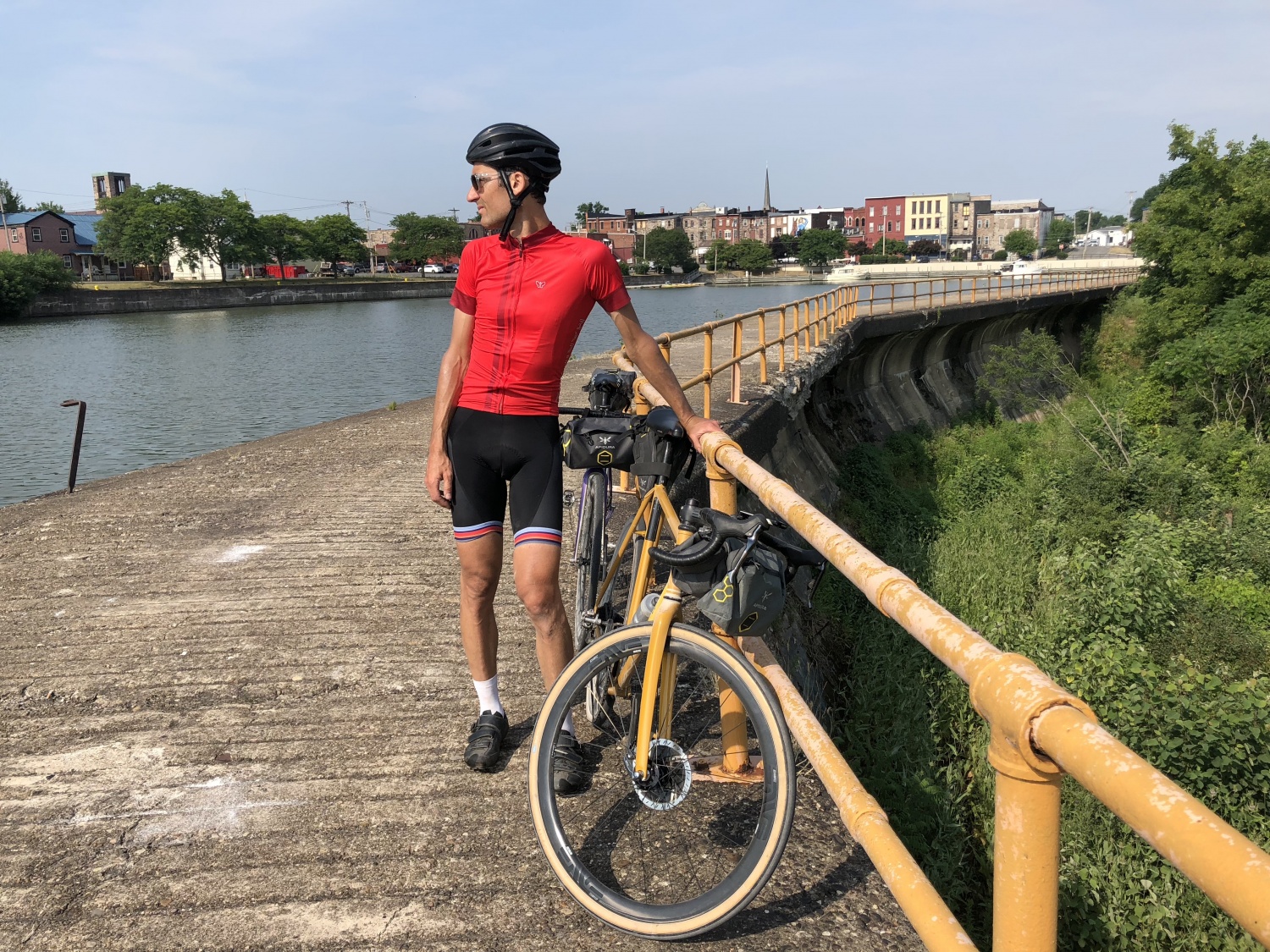 Boats passing under the lift bridges in Pittsford, NY along the Erie Canal 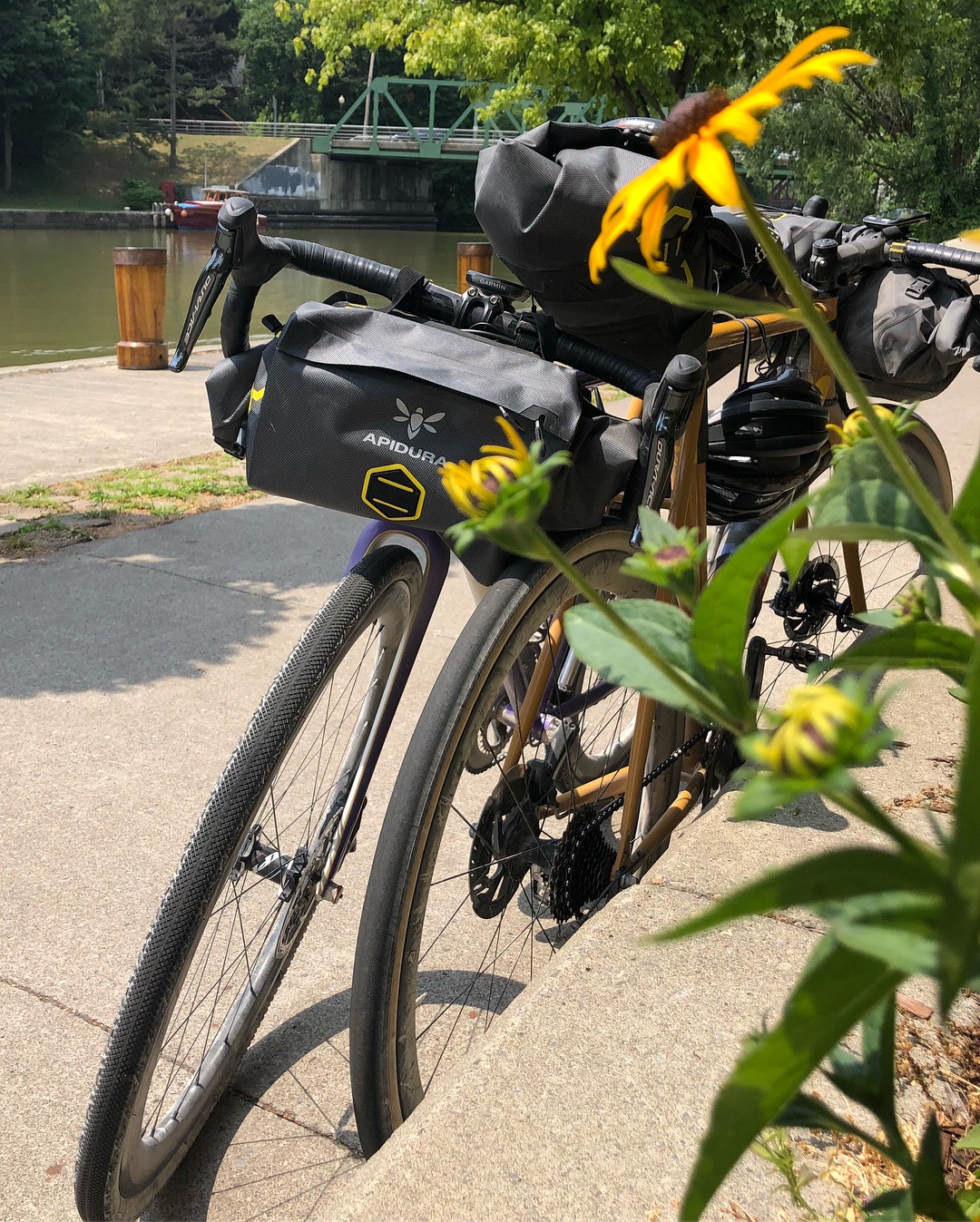 At our lunch stop in Pittsford, NY. 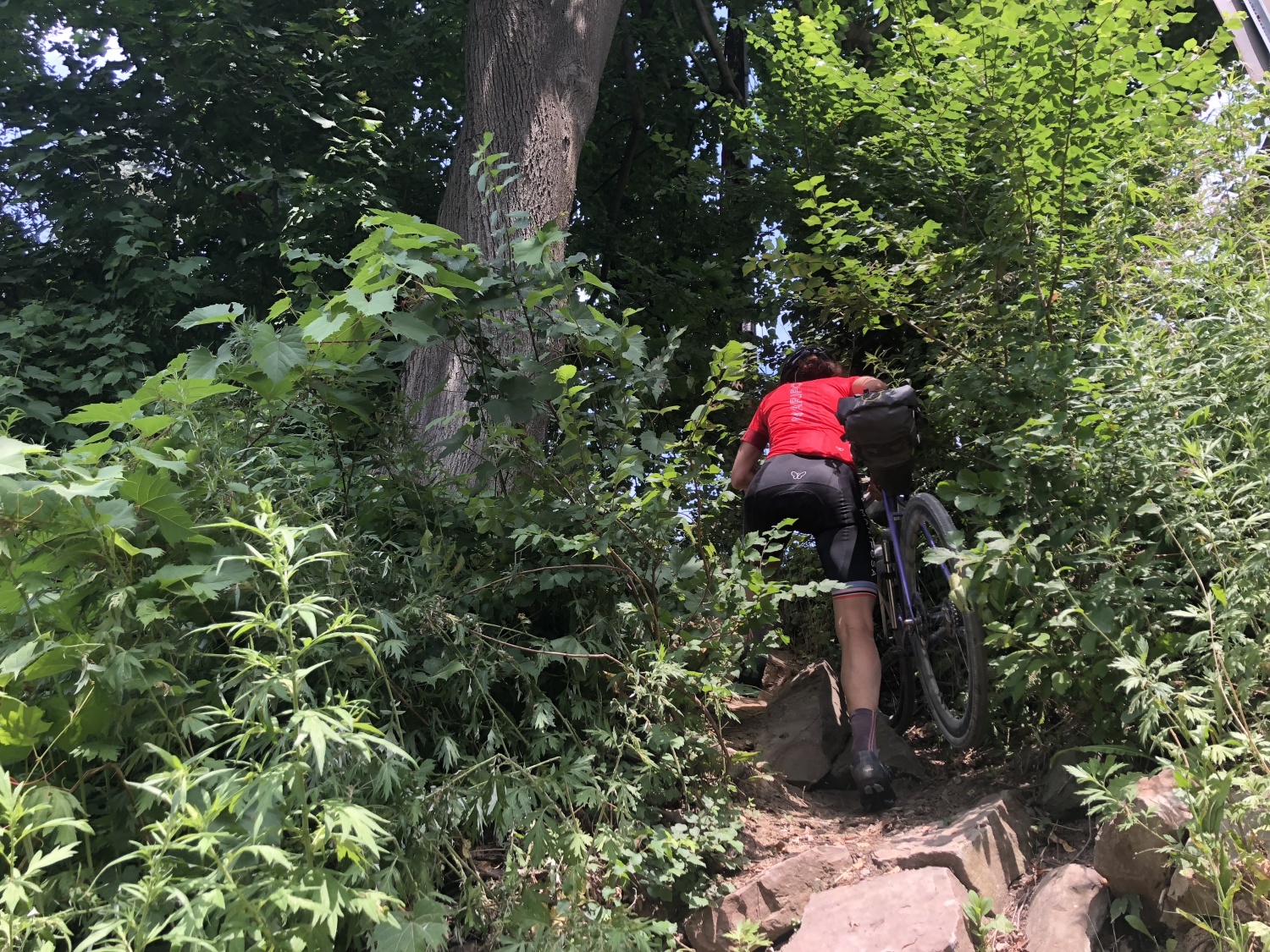 Bridge out…a little bushwhacking in order to reconnect with the trail. 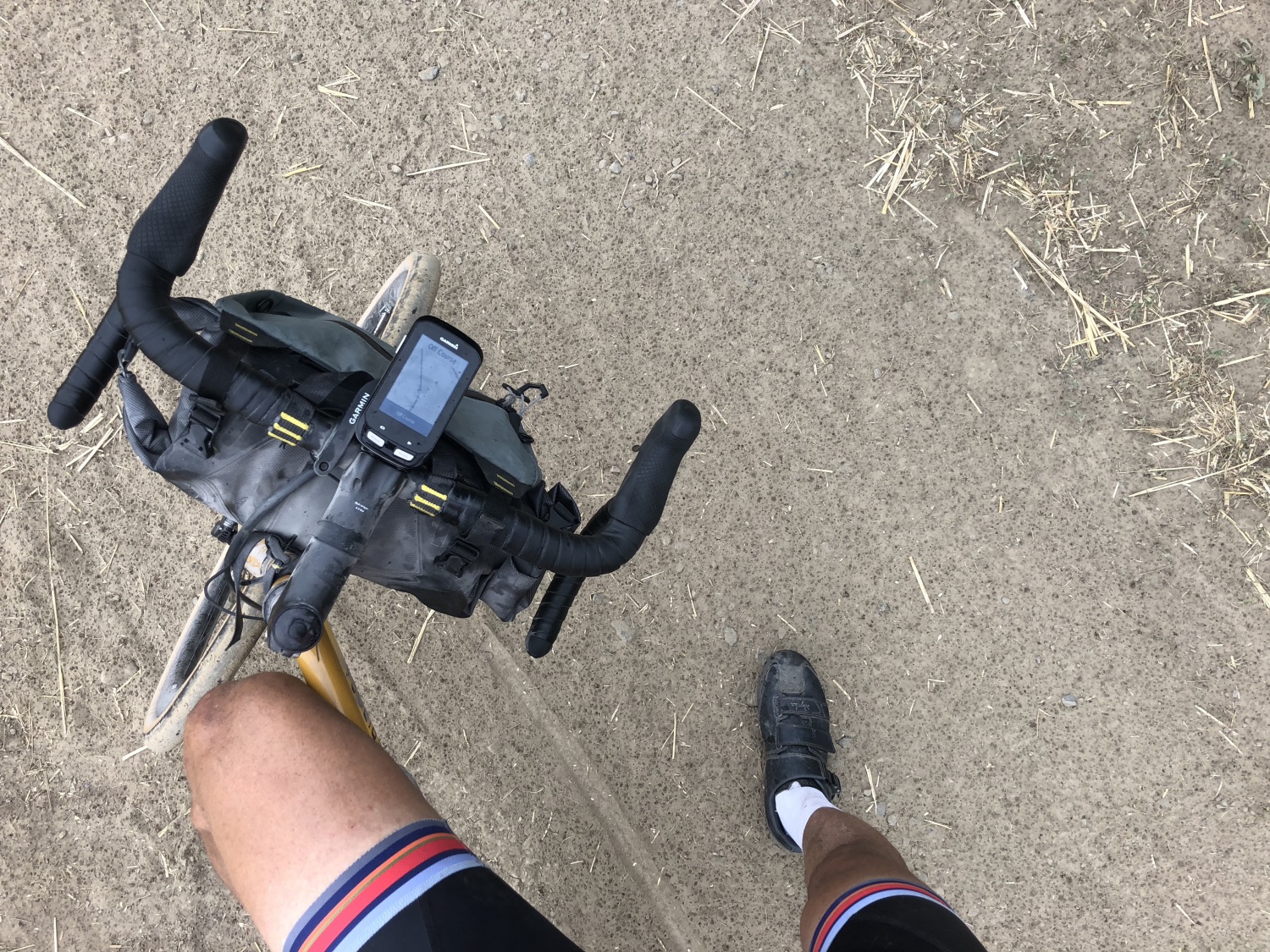 We ventured off course to explore, but generally stuck to an solid route that we had mapped out on Ride With GPS. 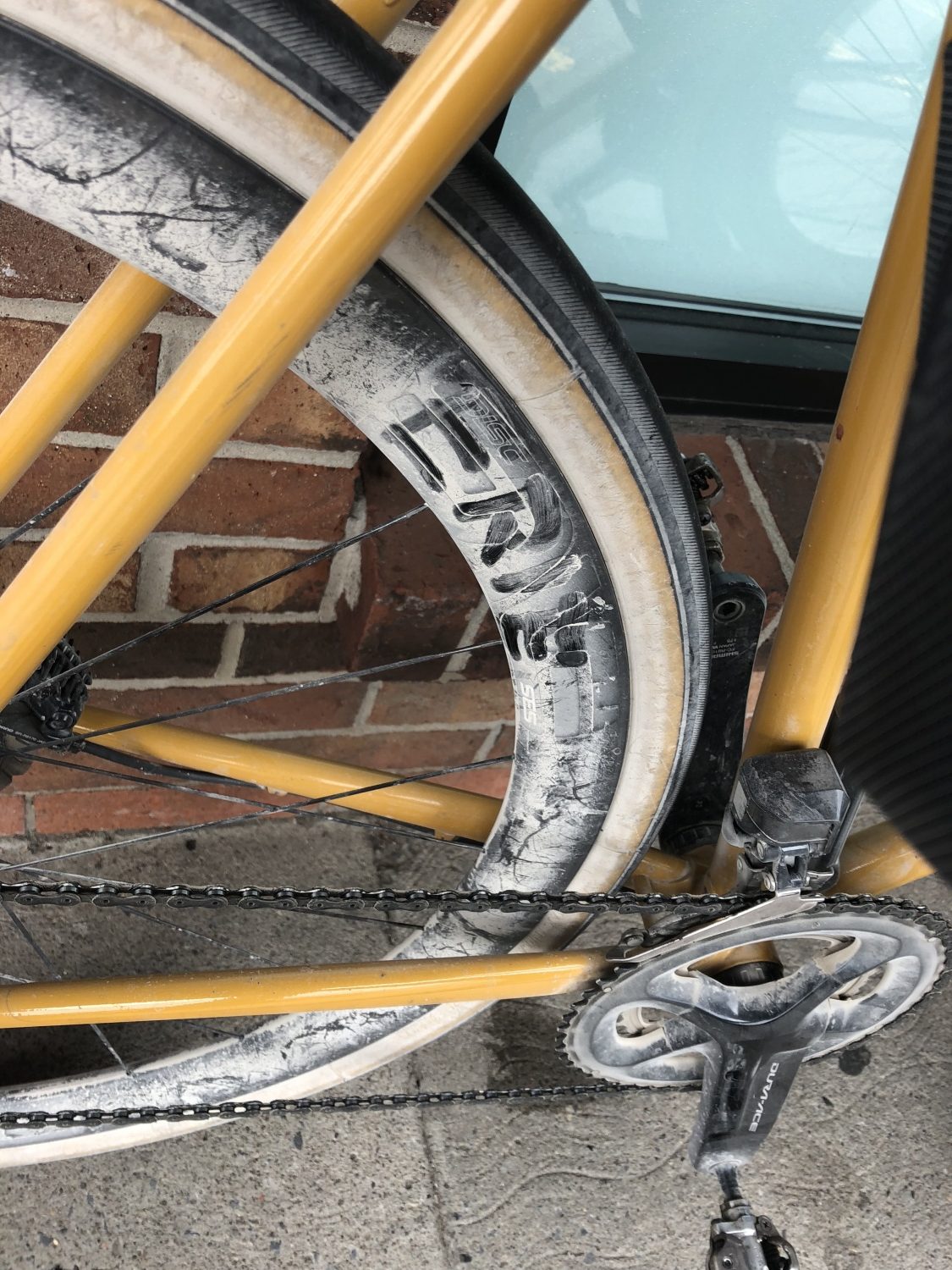 The bikes, wheels and our legs were caked with dust. 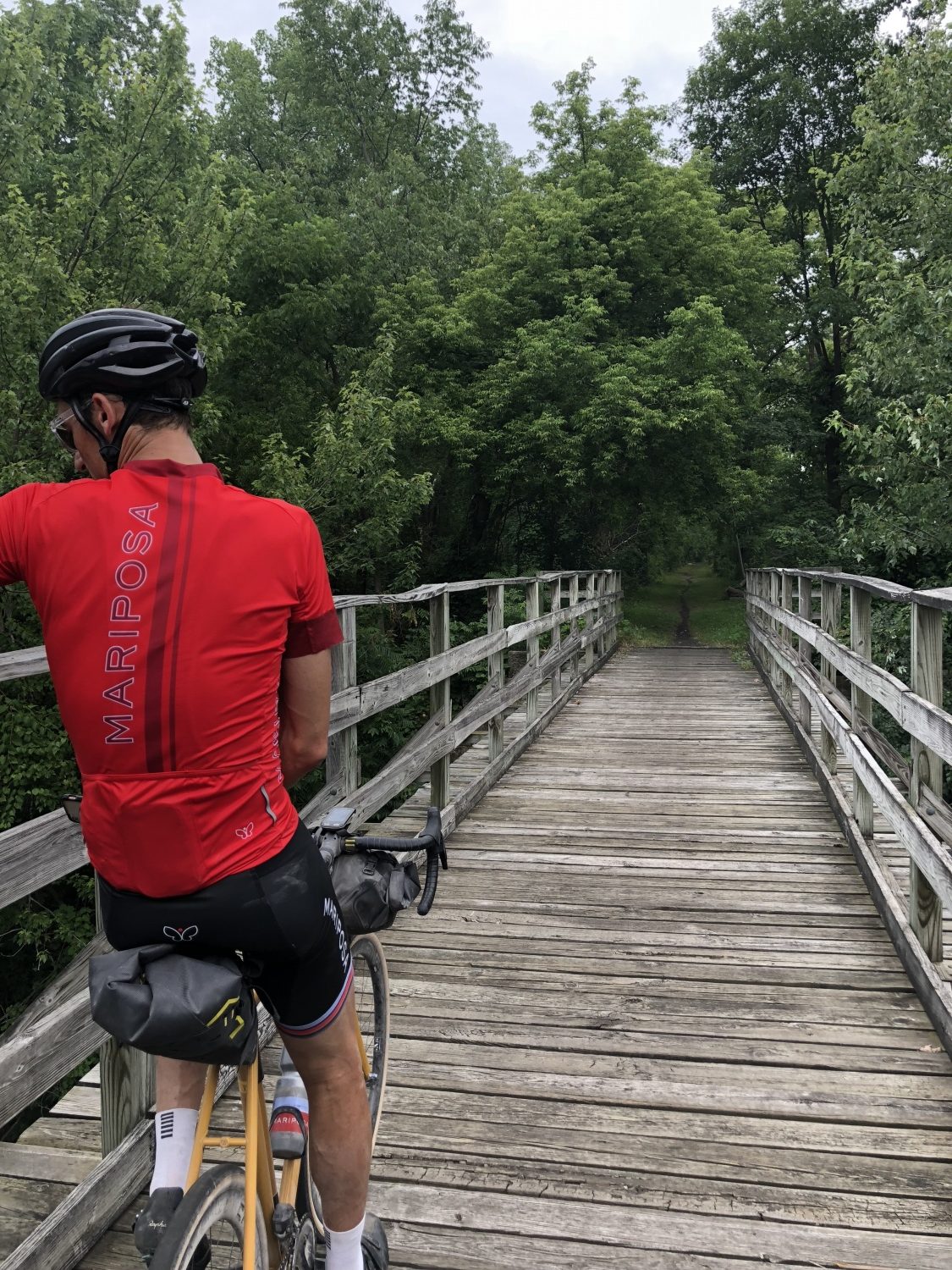 From Canandiagua to Lake Seneca we rode on a combination of single track trails and beautiful, quiet farm roads. 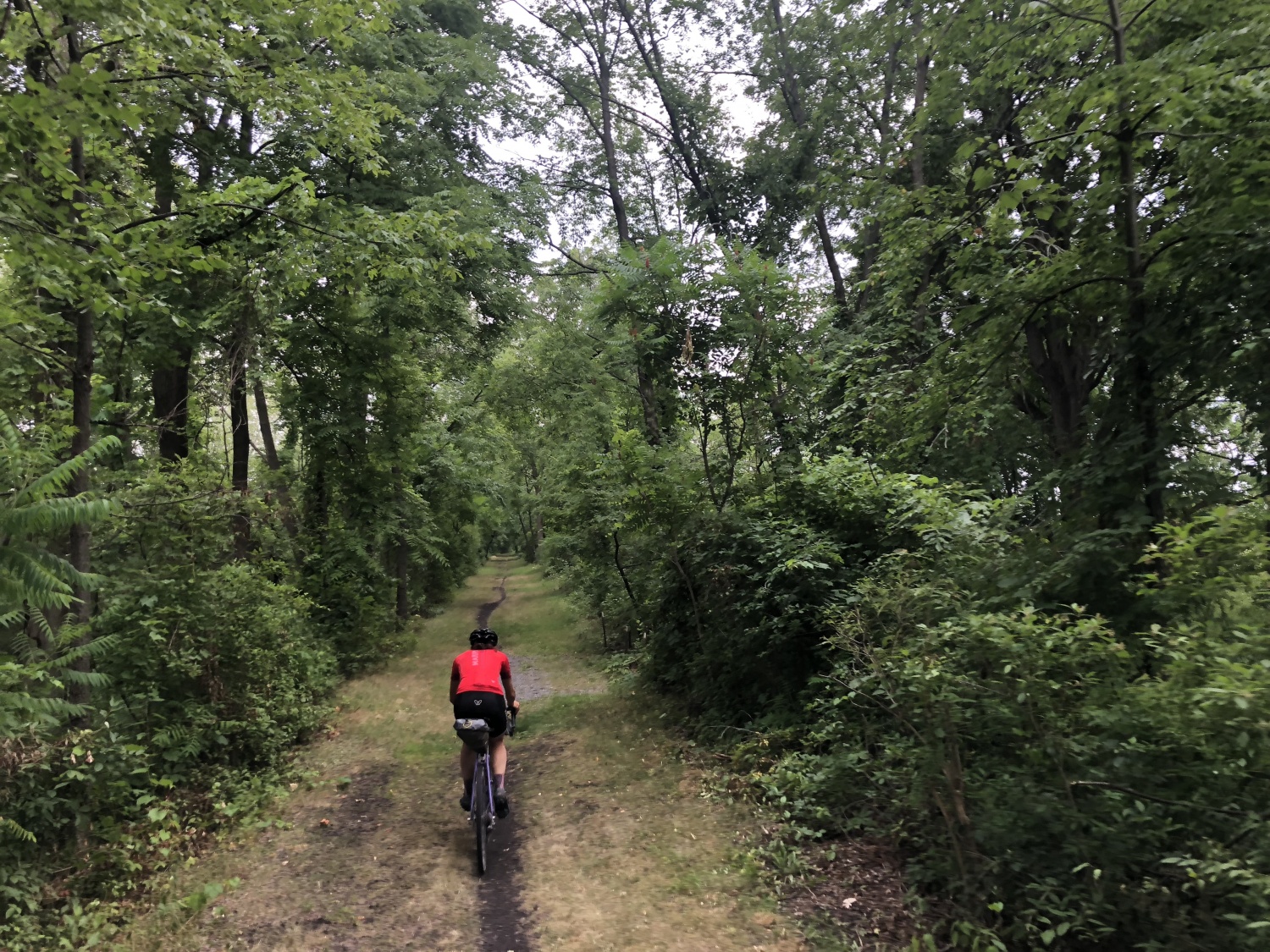 Day Two:  Lake Seneca to Lockport: 200km. Starting off with a spin through Geneva, then zig zagging on farm roads and single track trails through Seneca Castle, Shortsville, Alba, Honeoye Falls, Caledonia,  the Iroquois Nature Preserve and finishing in Lockport. 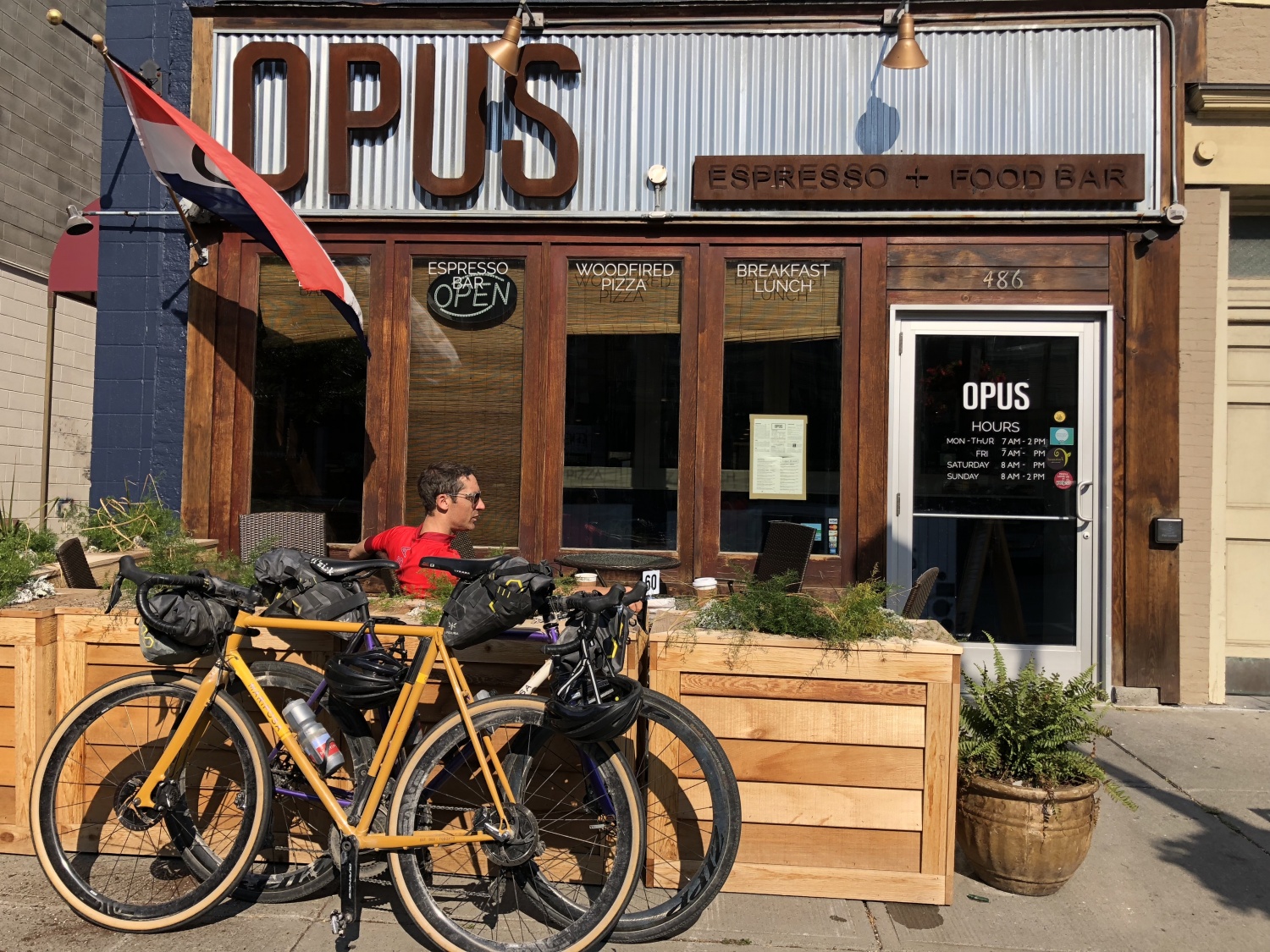 Breakfast at the Opus Cafe in Geneva, NY. 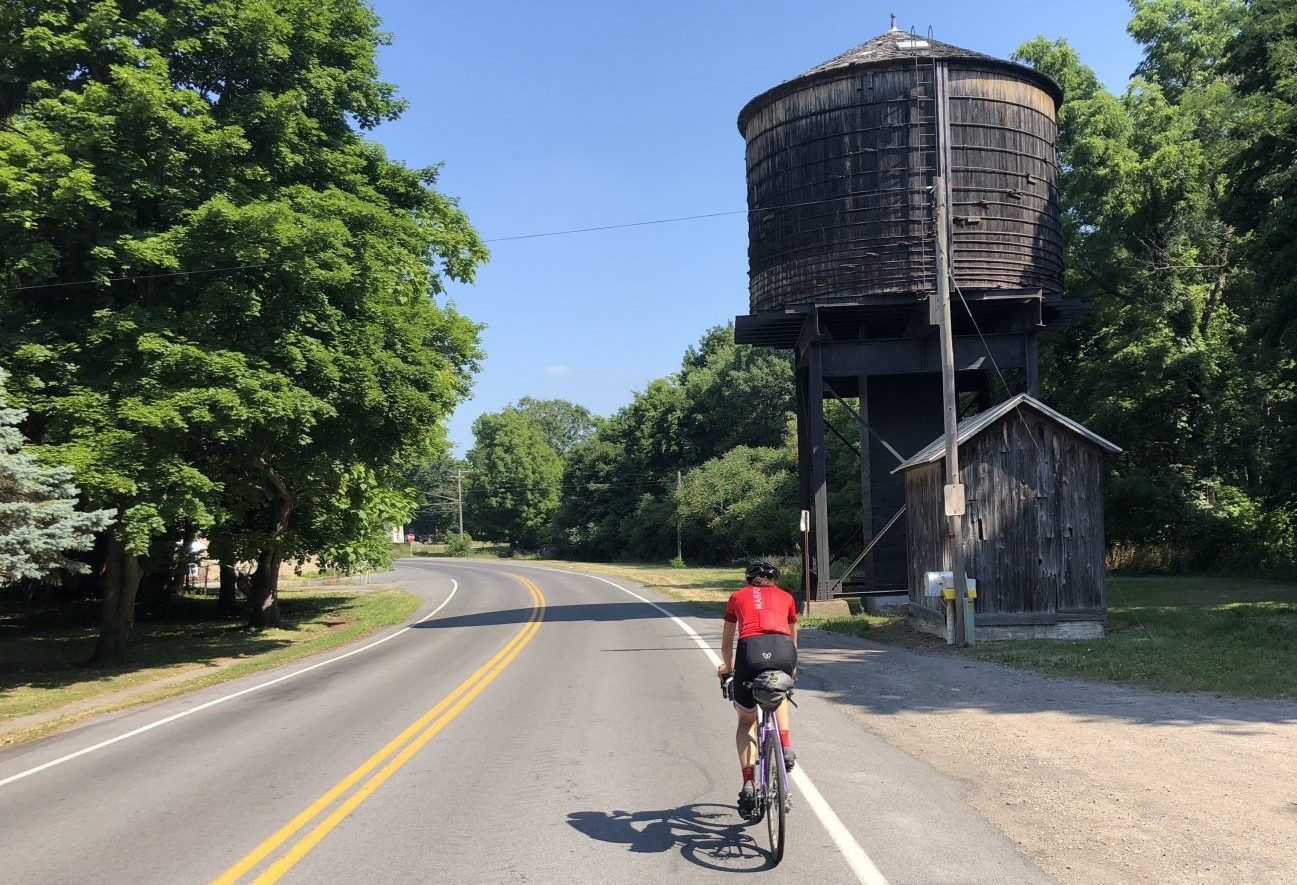 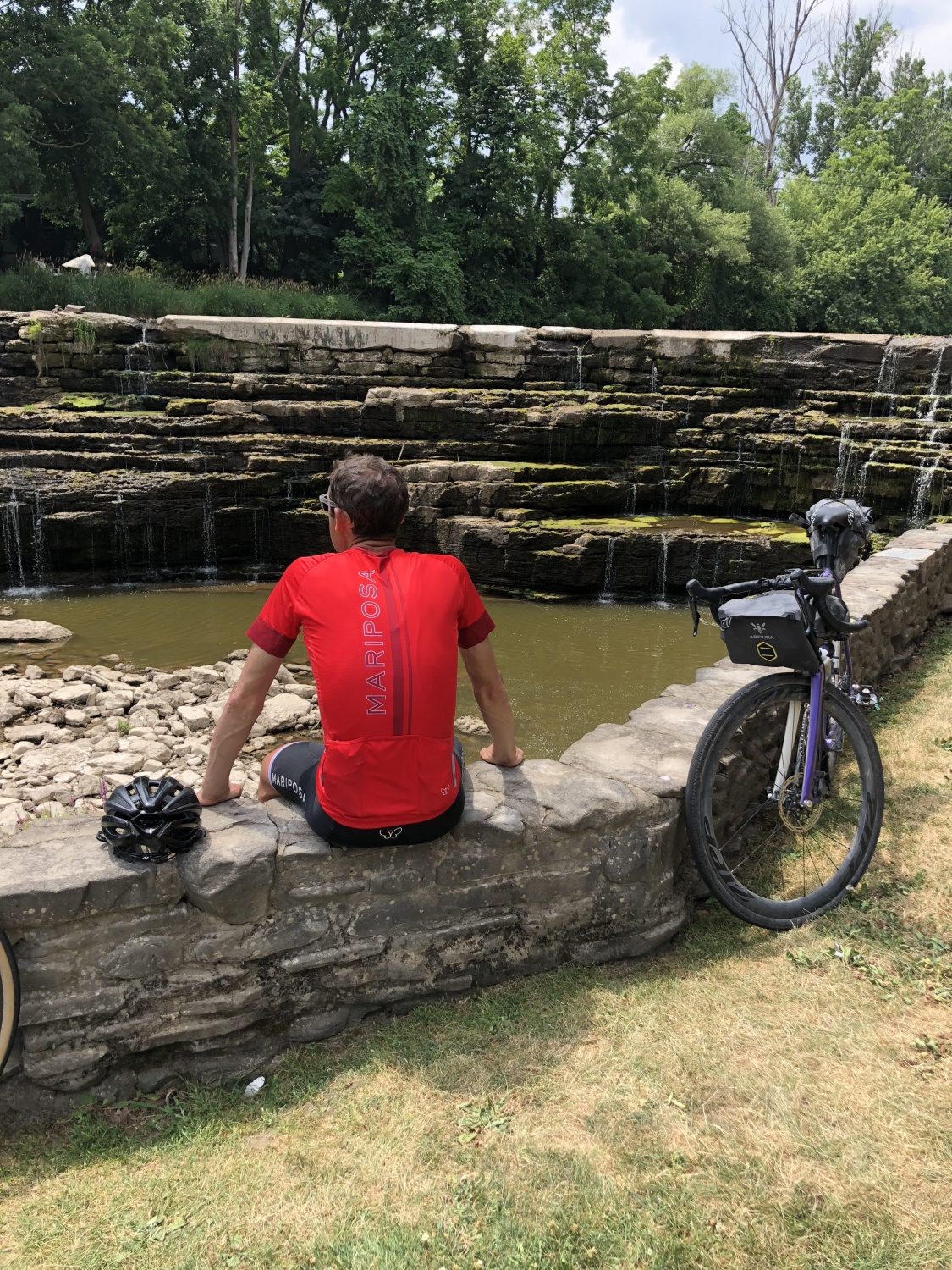 Taking a break in Honeoye Falls. 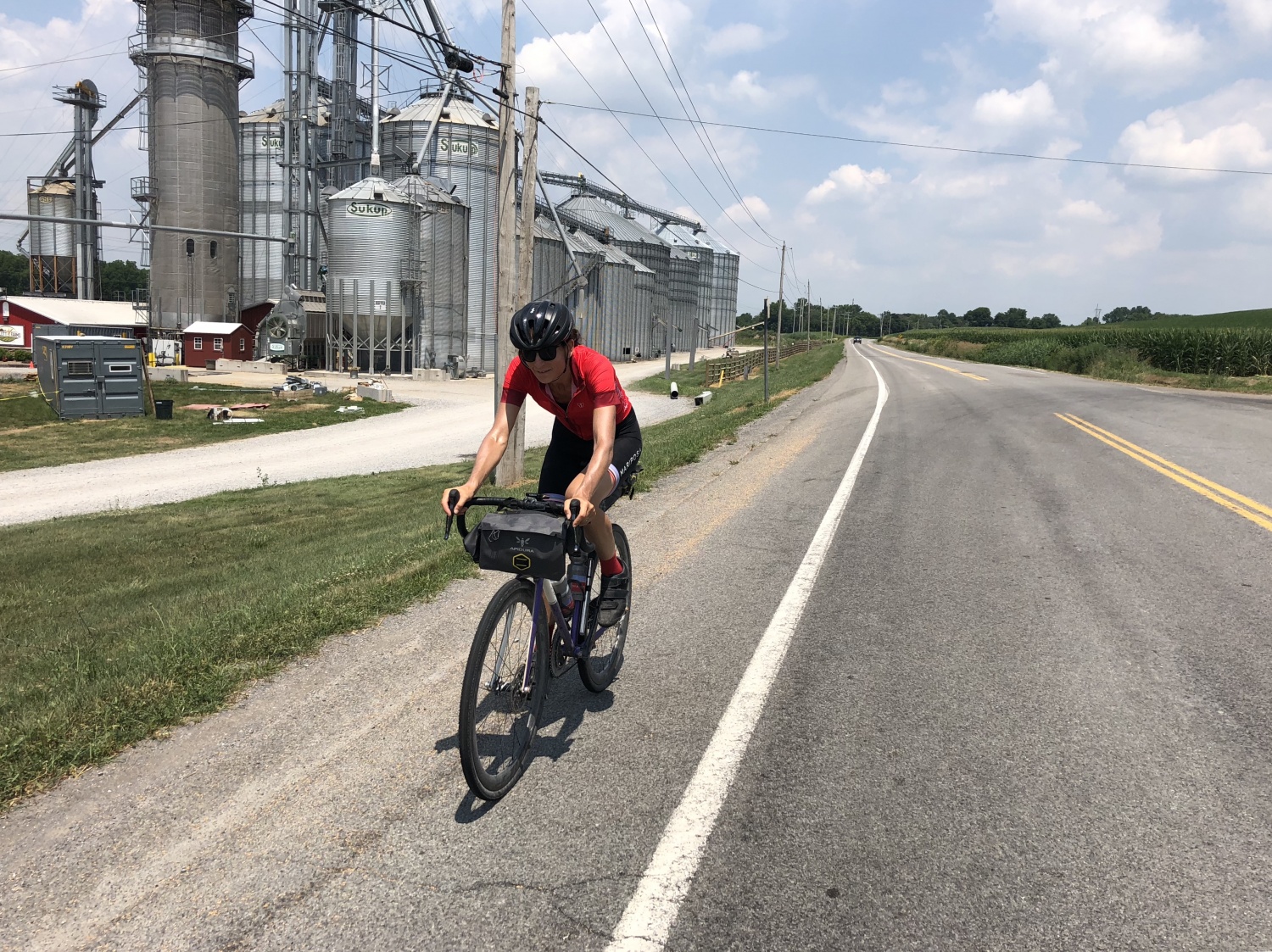 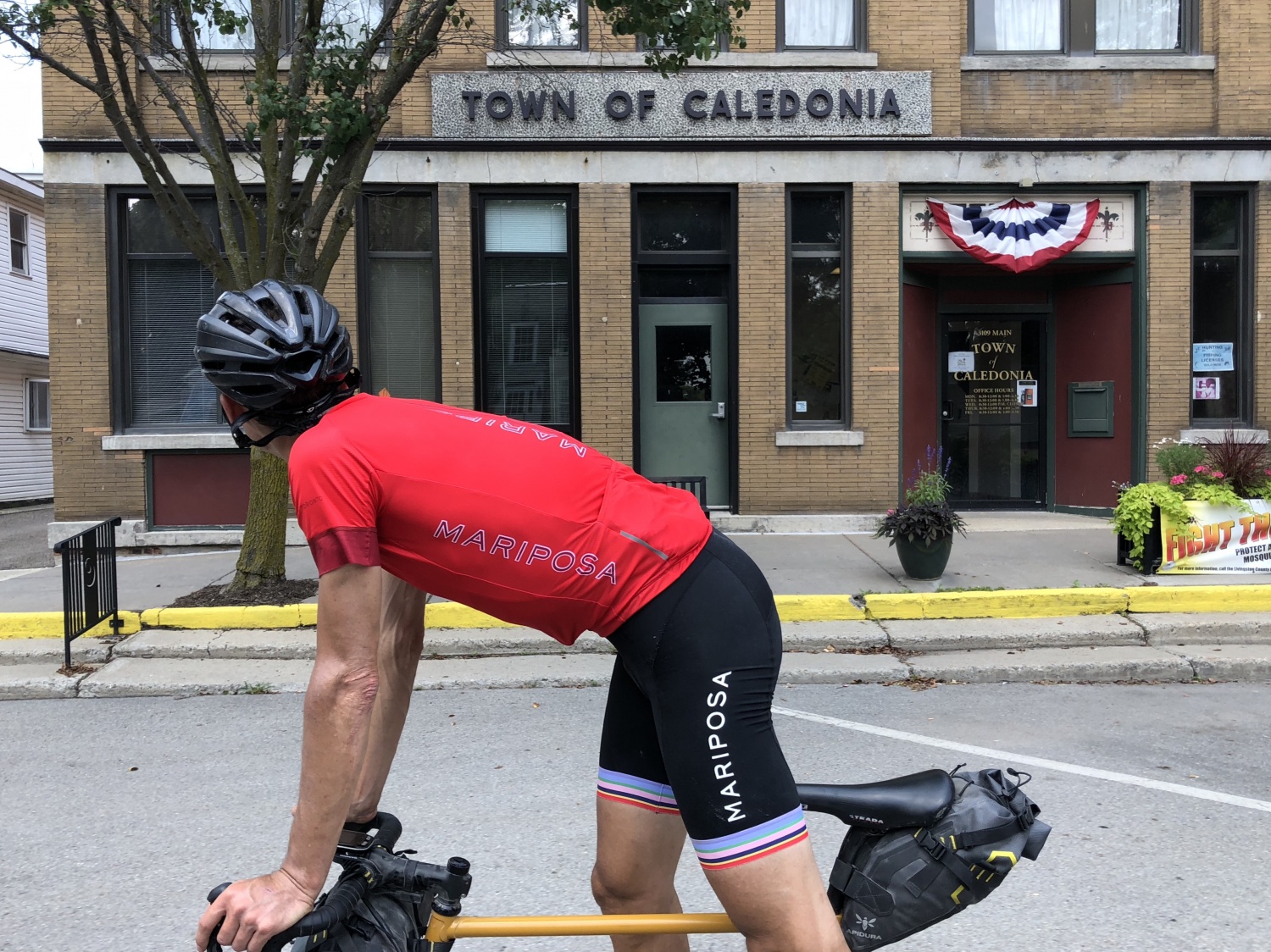 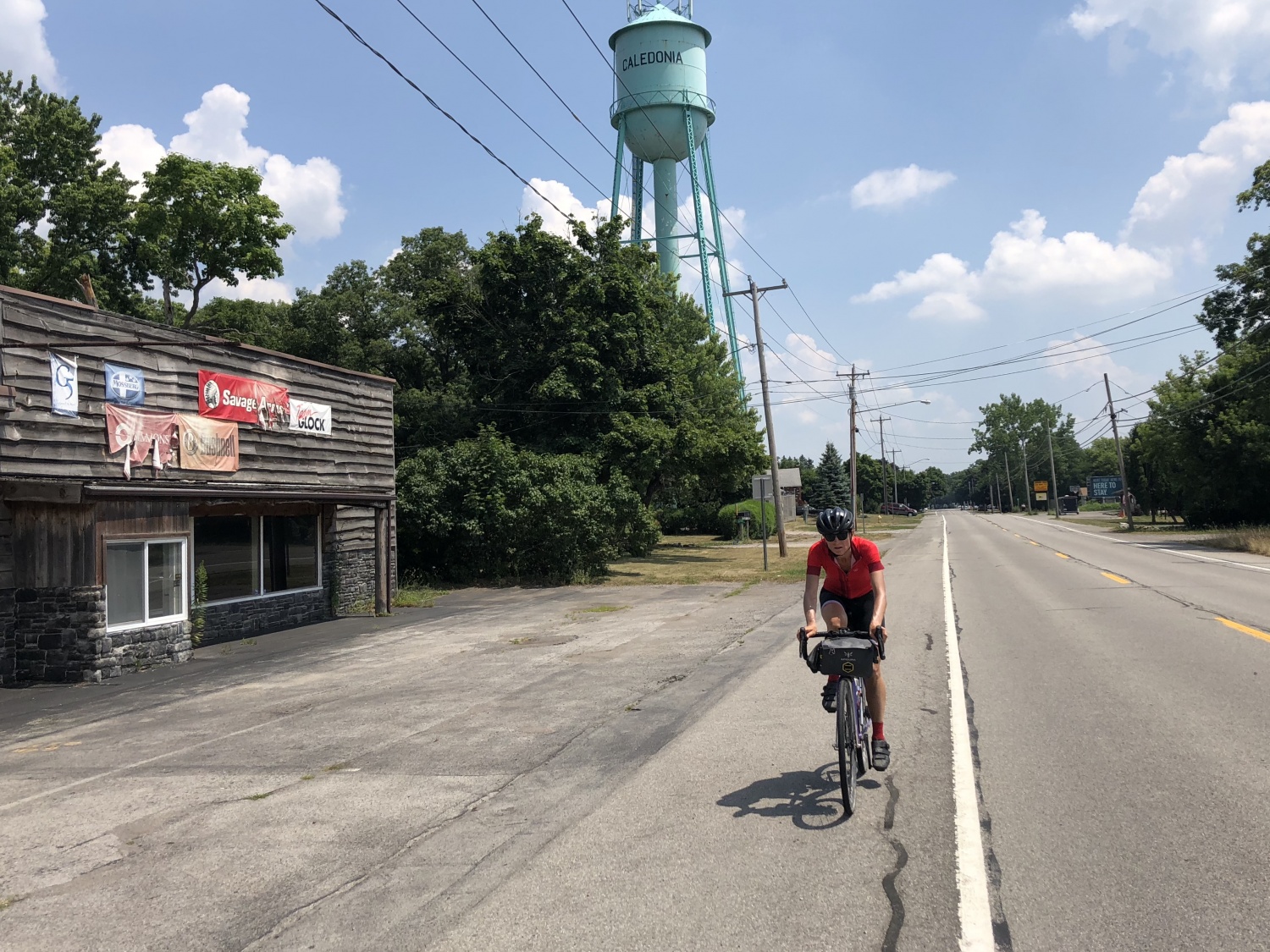 After a few wrong turns, we had missed our planned lunch stop and did not go through a town with a restaurant for many miles. Thirsty, hungry and hot, Michael motored into Lockport with me on his wheel.