A Conversation with Charlie Walsh, gold medallist in the Team Sprint at the Canadian National U-17 Track Cycling Championships 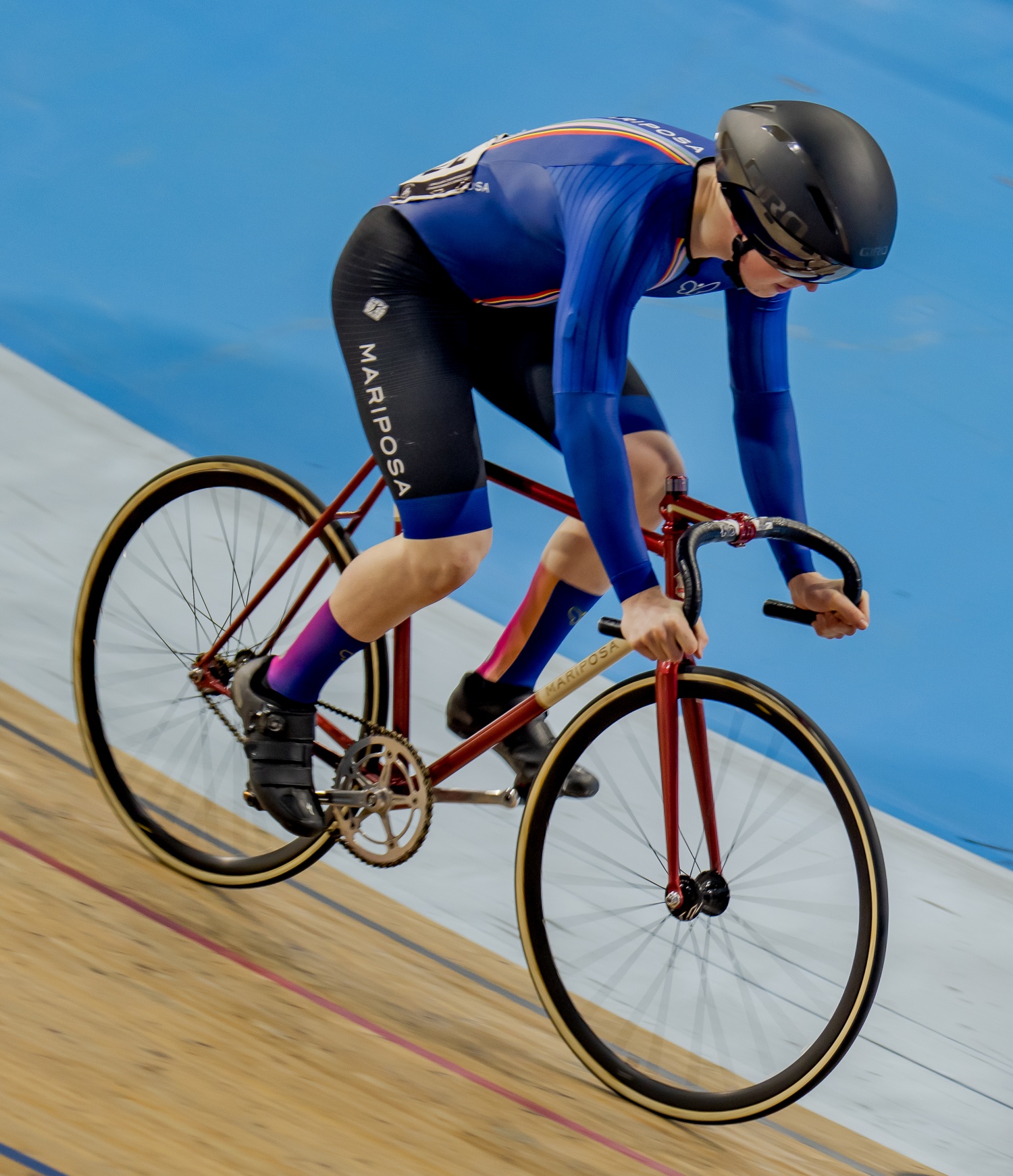 We visit with Charlie Walsh, who won a gold medal at the 2022 Canadian National U-17 Track Championships on the 1 year anniversary of his Type 1 Diabetes (T1D) diagnosis. Charlie is a grade 9 high school student who has shown incredible discipline and resilience in the past year learning how to manage T1D while training and competing as a cyclist and runner.

Charlie, how did you get into cycling?

Ever since I was a toddler I was always super interested in bikes. I remember when I was around 5 years old my dad brought home a brand-new Cannondale. I instantly thought “Woah, this is what I can get if I keep riding” and I was suddenly very interested in getting my training wheels off. I started off mountain biking in the Don Valley and slowly started to gravitate towards more cyclocross and road training to get fitter and try something new. Before 2016 I only really rode bikes for fun but after that, I started to take it seriously as a competitive sport. 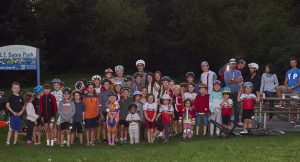 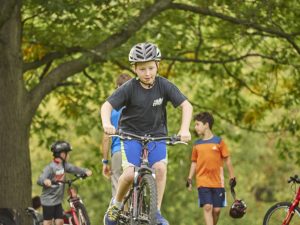 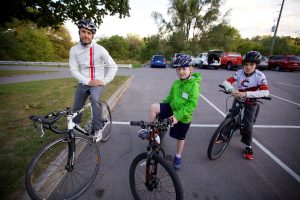 My earliest memory of riding with you was the Grass Track rides that we helped organize in the Don Valley in 2016.  You were 8 years old, and I remember you being keen to mountain bike ride and race. You were always looking for the jumps and berms in the Valley. Then, in October 2016, you queued up for your first race, the CXTO Christie Pitts cyclocross race. What did you think of your first bike race?

My first bike race was definitely a fun one. I remember being amazed at how supportive and happy everyone was. At the start line, everyone was cheering for each other and it was a super cool experience. I was instantly hooked. 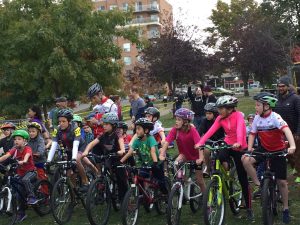 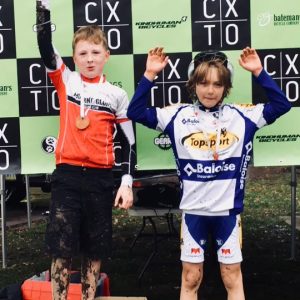 After racing several mountain bike and cyclocross events in 2018 and 2019, it seemed like during the COVID lockdown you really became serious about cycling and training.  In fact, Michael and I were so impressed with how strong you were in March 2021, after you had completed your first solid winter of cycling training.  It seemed like every week on the group rides you were looking fitter and riding significantly stronger.  But then there was one ride, I believe it was the last weekend of March 2021 where you did not seem your normal jovial self as we headed out of the city on a group ride.  You mentioned several times that you were tired and hungry, but nothing seemed to satiate your hunger, at a certain point, you asked to cut the ride short, which you had never done before.  We just assumed you were having a bad day, but there was something greater going on.  Can you reflect on that day/week and what was going on both physically and emotionally from your perspective?

It honestly was super confusing at the time to understand what was going on since I was in the midst of a massive training block and I assumed the large amount of training was the cause of constantly feeling tired and drained. I had constant leg cramps, was always thirsty and had lightheaded moments when riding since my muscles were basically starved due to the lack of insulin in my body. The big turning point was when I was asked by some friends to go on a chill MTB ride and I said no and fell asleep on the couch for a few hours. That really started to worry my parents since I usually would never turn down a ride. I also lost a considerable amount of weight in a short period of time and when my family and I looked at all these signs together, we realized this was way more than being tired from training and school. My mom and I checked into SickKids hospital on April 15th where I was immediately hooked up to several IVs and other machines. But after one night, I was able to be released at around dinner time on the next day. I did my first insulin injections on the morning of April 16th  and with the support of the amazing team of doctors and nurses at SickKids, I was home and able to start moving forward with my new reality of managing T1D as part of my daily life. 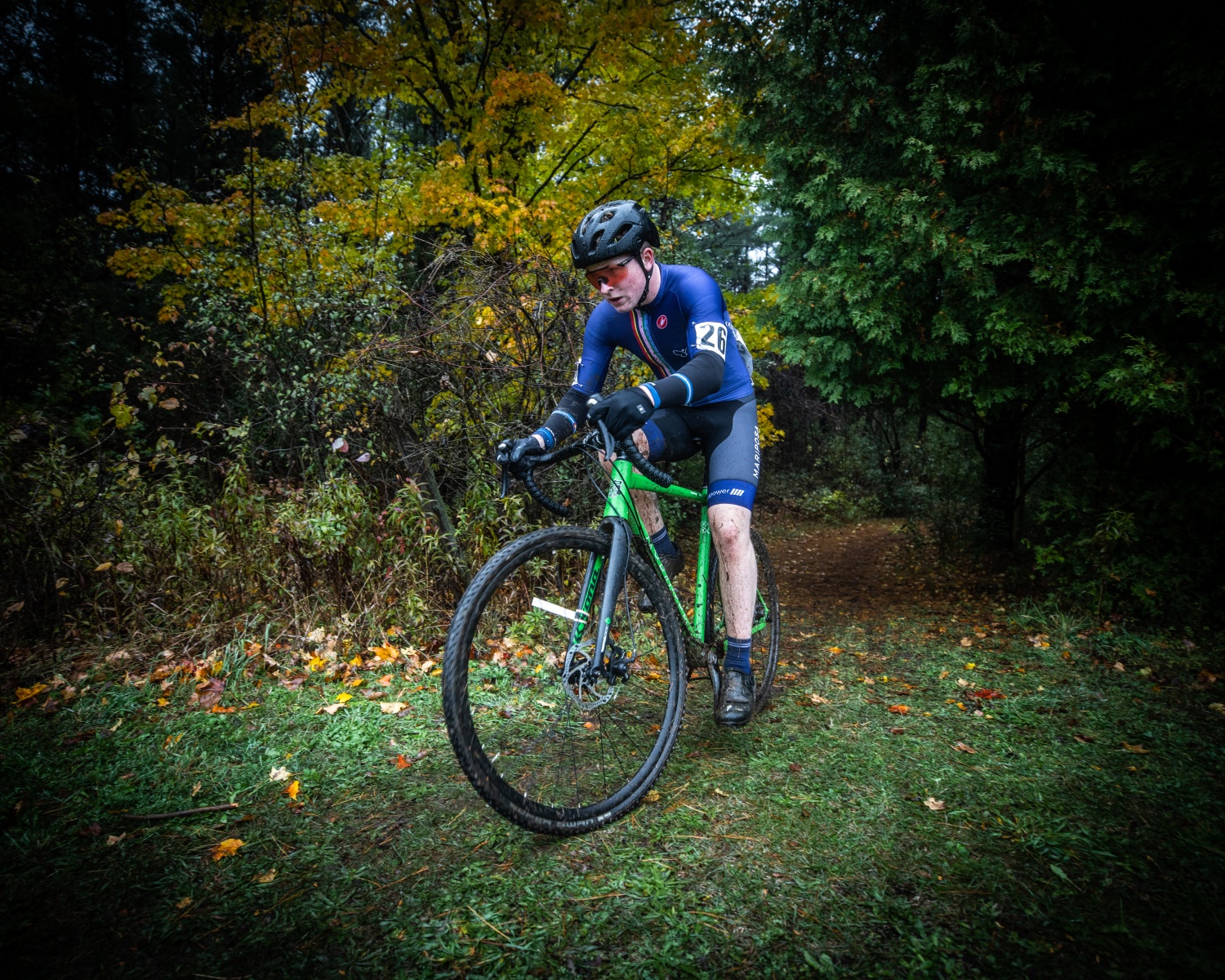 After your T1D diagnosis, how did it feel to start riding your bike again?

It was simply really odd. At first, I obviously had to take it super easy and it felt so weird having to check my blood sugars with a finger prick and not being able to gun it on a hill since I was petrified of going low. I slowly started to ride a little more but I still never went hard on a ride since I was still trying to learn how to manage my blood sugars. It was a tough combination of anxiety over managing my blood sugars – which was all still very new to me – timing my food and insulin with sports to figure out how to get it right, frustration from not being able to do what I had been previously capable of doing, along with the desire to just be out riding again. It was complicated but doable.

Charlie racing the Keirin at the National Track Championships. Photography by Alan Moore. 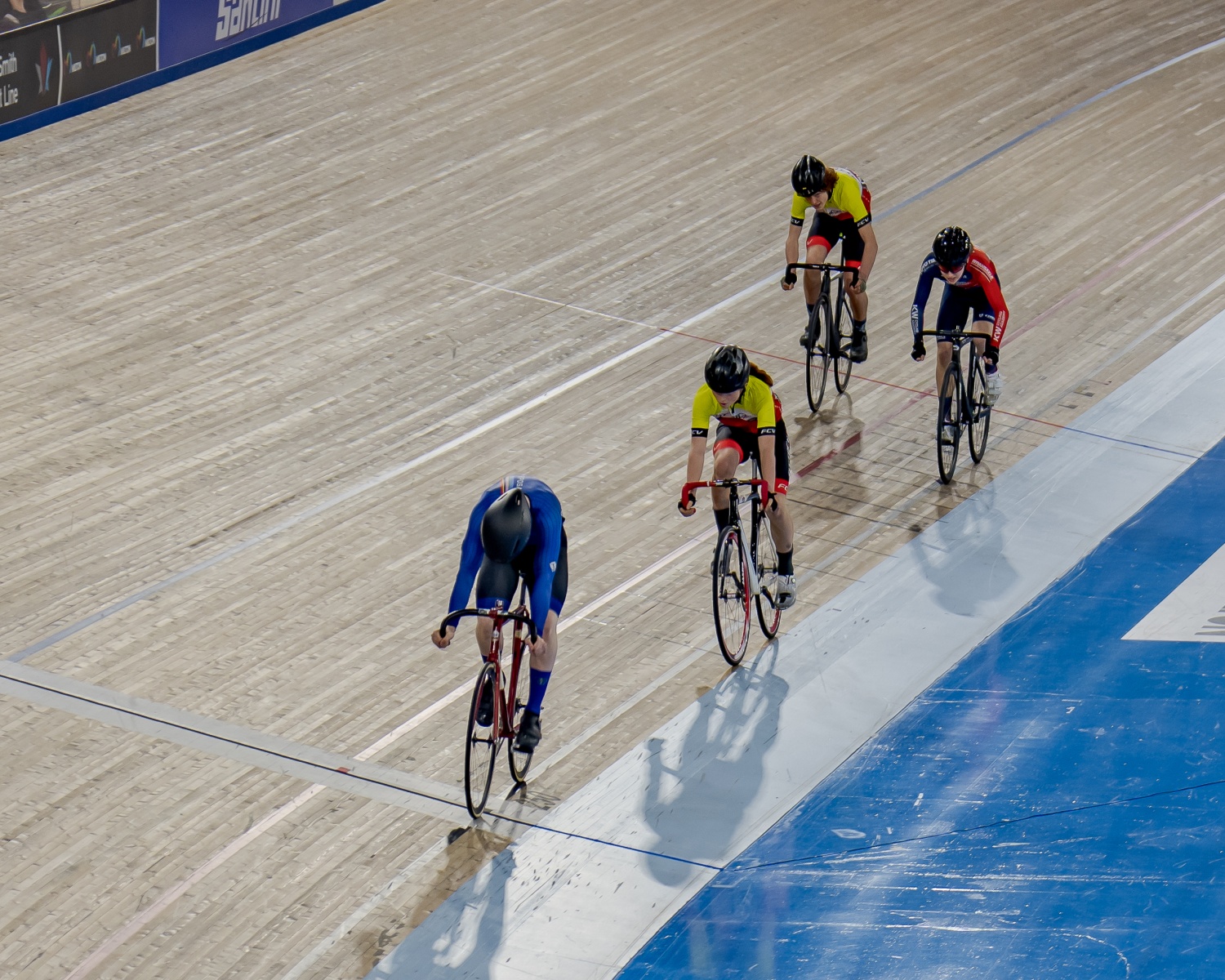 Over the last year, you’ve found your groove on the Mattamy velodrome in Milton, and you’ve discovered your potency as a sprinter. With the quality coaching out there you were able to progress quickly and learn many of the skills needed to compete while also monitoring your diabetes, which I imagine has been and continues to be challenging at times. We have been impressed with your mindset, your positive attitude and how you just got on with several new challenges. Based on what you’ve learned in dealing with diabetes while training and competing, what advice would you give to another person in a similar situation as you?

The biggest piece of advice to a cyclist/ athlete with T1D would be to never let yourself think you can’t succeed with the condition. I remember being upset for a while because I thought I would never be able to go far and achieve great things in cycling with T1D. But when I started to train at the Velodrome and found my stride, I really started to see that although diabetes sucks, it won’t hold me back unless I let it. I also think that it is really important to think about the positives of having T1D. After I was diagnosed I gained a next-level understanding of the impacts of carbohydrates and exercise, including the importance of nutrition as part of recovery and how to better utilize different types of carbs for different types of activities. 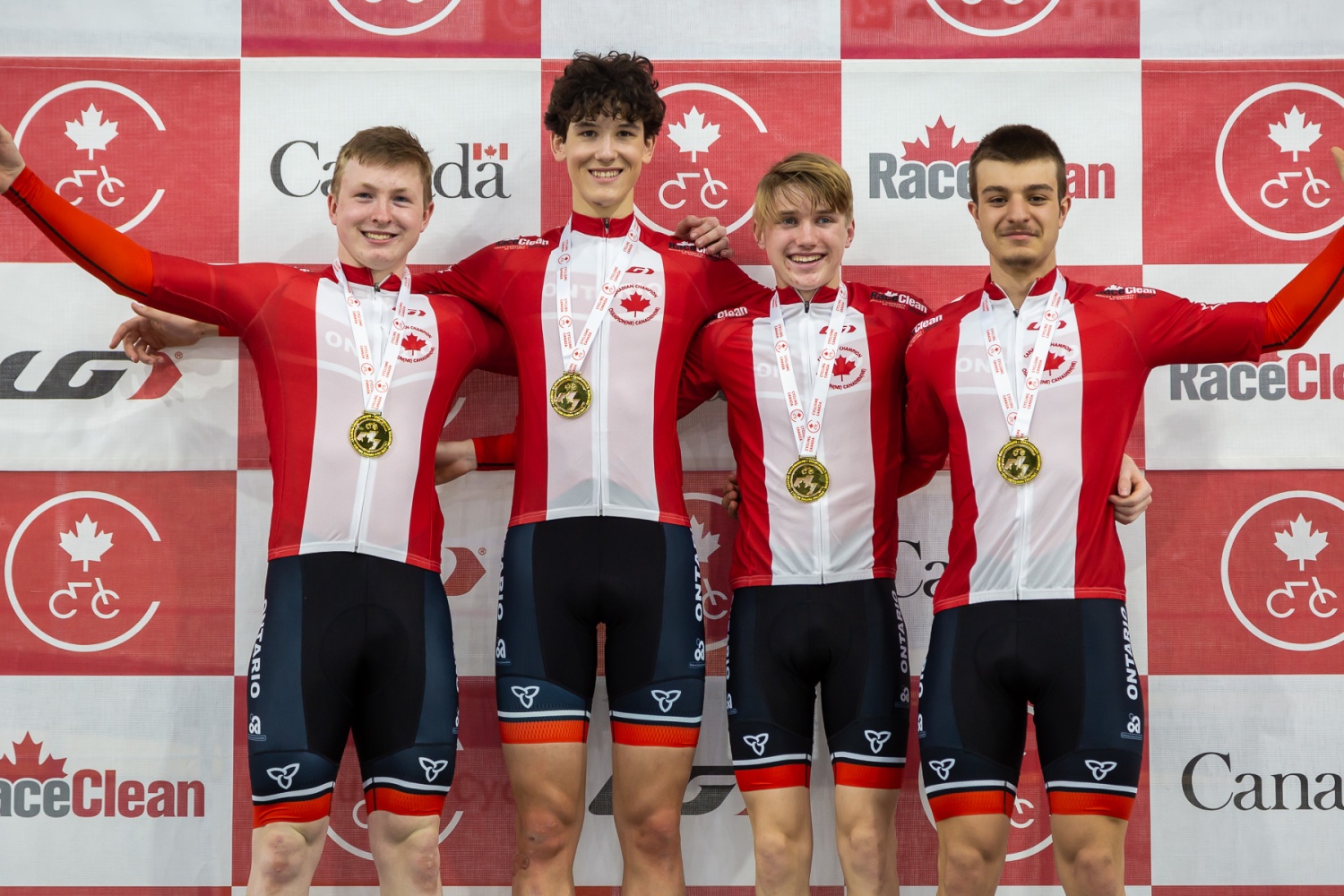 Charlie, Ashlin, Lucas and Cole on the podium after winning the Team Sprint at the 2022 National Track Championships, with a time that was less than one second off of the National Record.  Photography by Ivan Rupes.

Charlie, it was a real highlight seeing you win a gold medal in the U17 Team Sprint at the Canadian National Track Championships, and you posted the fastest start lap of the event and the team was less than a second off of the National Record.  It’s been amazing to see how far you have come in the past year learning to manage / balance training and T1D.  Can you speak a little bit about how that process has been for you?

It’s a bit surreal going from being super underweight and very weak to racing at the U17 Canadian National Track Championships 12 months later. Reflecting back on the past year, April 2021 was definitely all about learning how to manage my blood sugars regardless of exercise. From May to around September I wasn’t riding as much as I would have liked and looking back I was super annoyed with how I was riding and not being as fit as I was back in February/ March. When I started Track cycling, it sort of felt like it was a new opportunity to prove myself as a cyclist and since I was able to have my phone on the side of the track it was super easy to track my blood sugars so diabetes barely held me back. I’ve also been super lucky to have unbelievably supportive friends who always will ask if I’m feeling okay or if my blood sugar is going low and I need help. My teammate Ashlin has always been super supportive since my first few rides out with T1D and I feel super fortunate to know I have friends like him that will always have my back if I’m low. My friends at school who I run Cross Country with are also super supportive and I’ve started to learn that guys like them who are competitive athletes find T1D pretty interesting since it relates to a lot of things in sports nutrition.

Are there tools/apps that have helped you as a cyclist?

The reason my phone was so important to me when cycling is that my continuous glucose monitor sends signals to my phone every 5 minutes with a blood sugar level reading.  Having a Dexcom CGM has been absolutely game-changing for me and cycling. It took a massive amount of stress off me since it would alert me when I was going low and all I had to do to view my blood sugar level was to quickly glance at my phone.

I know you and Ashlin have been running cross country and lifting weights together at school.  Are there any other sports you are participating in now?

Right now the track and field season is starting up and It’s been great to be out running after a winter of cycling. Being able to do strength and stability training at school has been absolutely game-changing for me this season because it has given me a massive edge and it helped my standing start and sprints massively.

What upcoming races are you most looking forward to?

After just finishing the track season I’m already counting down the days until next season. That being said I am also super excited to go back to racing mountain bikes and I’m looking forward to some pretty awesome gravel rides/races scheduled in the fall!

We look forward to following your progression! 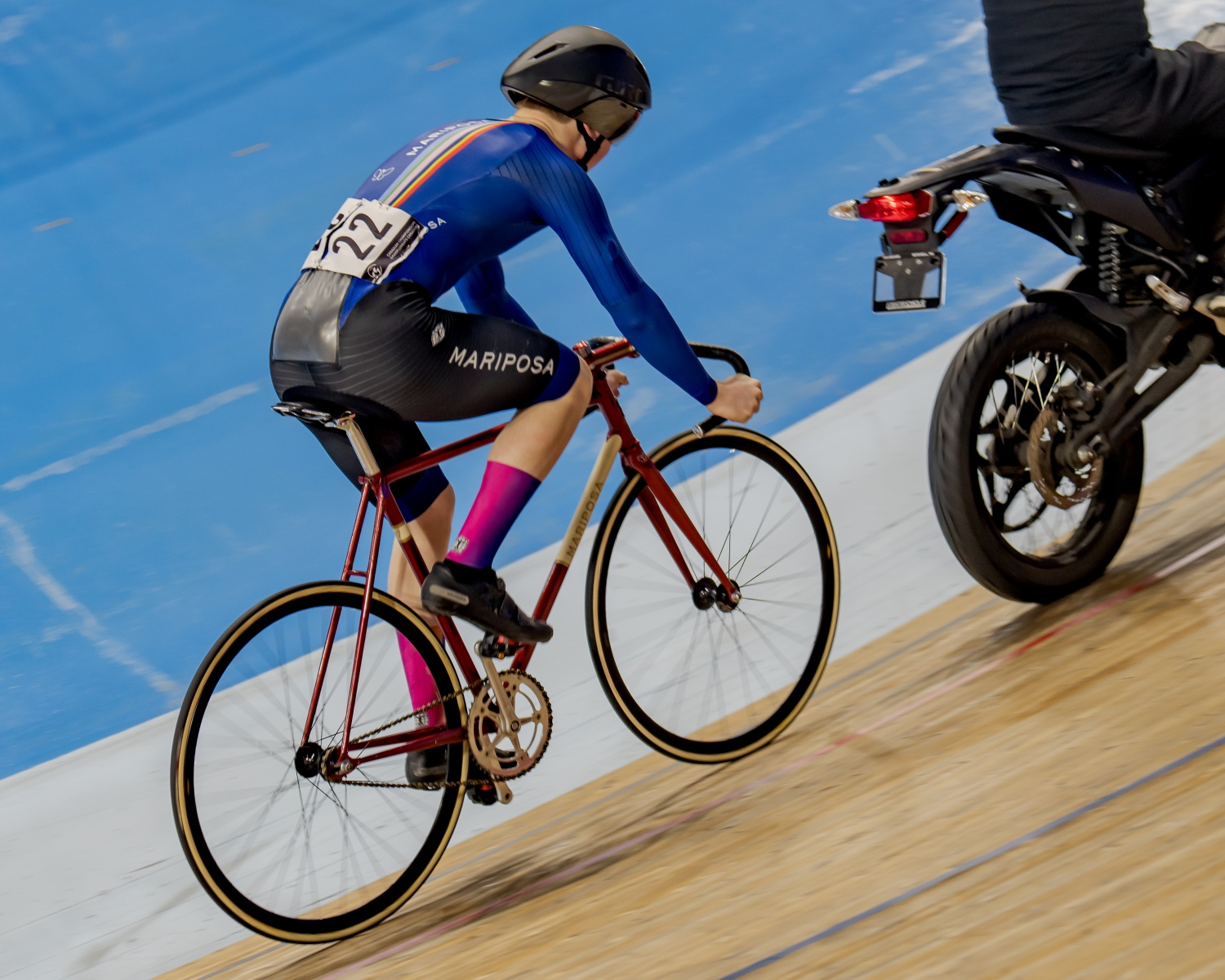 Behind the motor at Mattamy Velodrome. Photography by Alan Moore 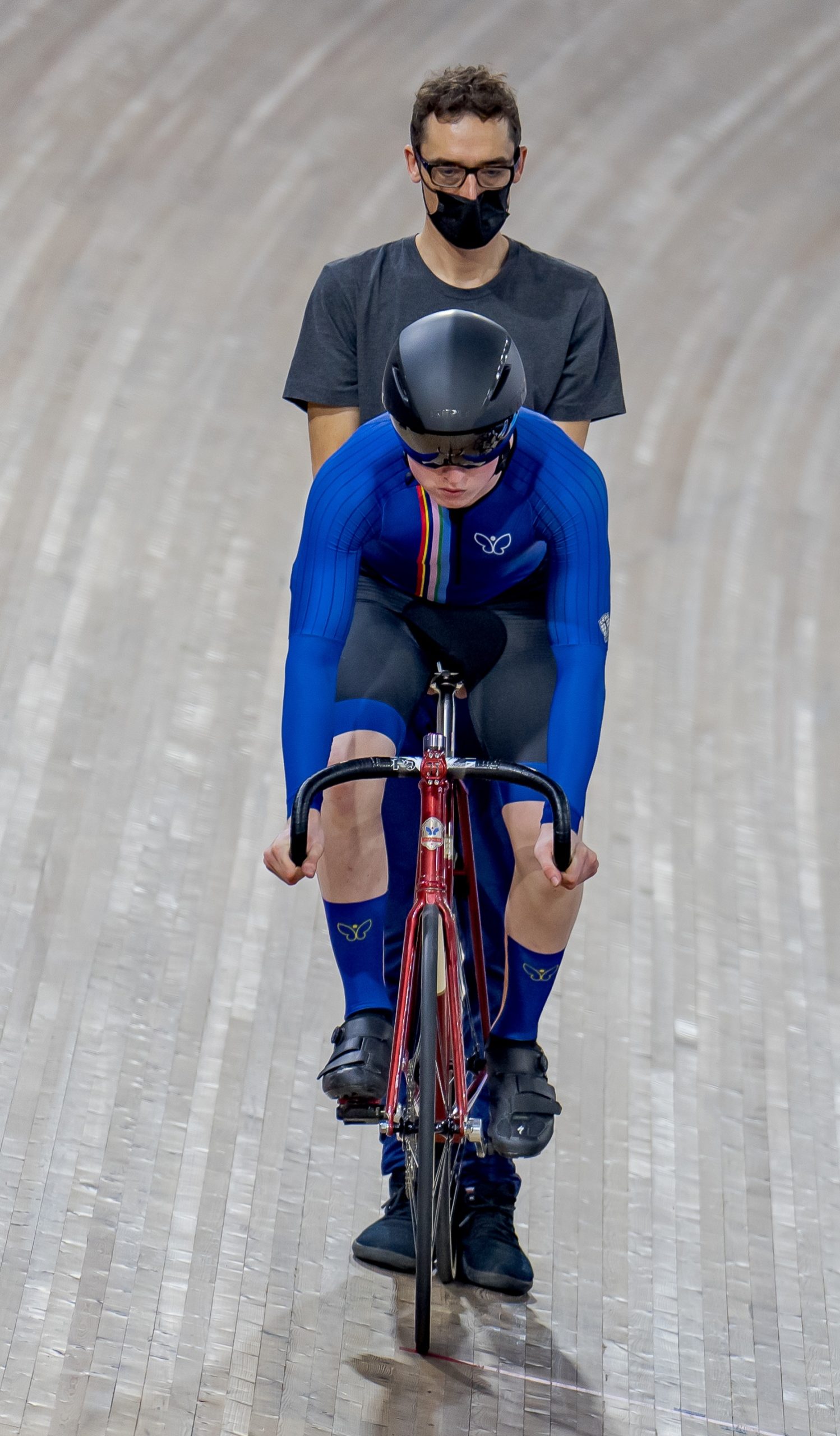 2 thoughts on “A Conversation with Charlie Walsh, gold medallist in the Team Sprint at the Canadian National U-17 Track Cycling Championships”