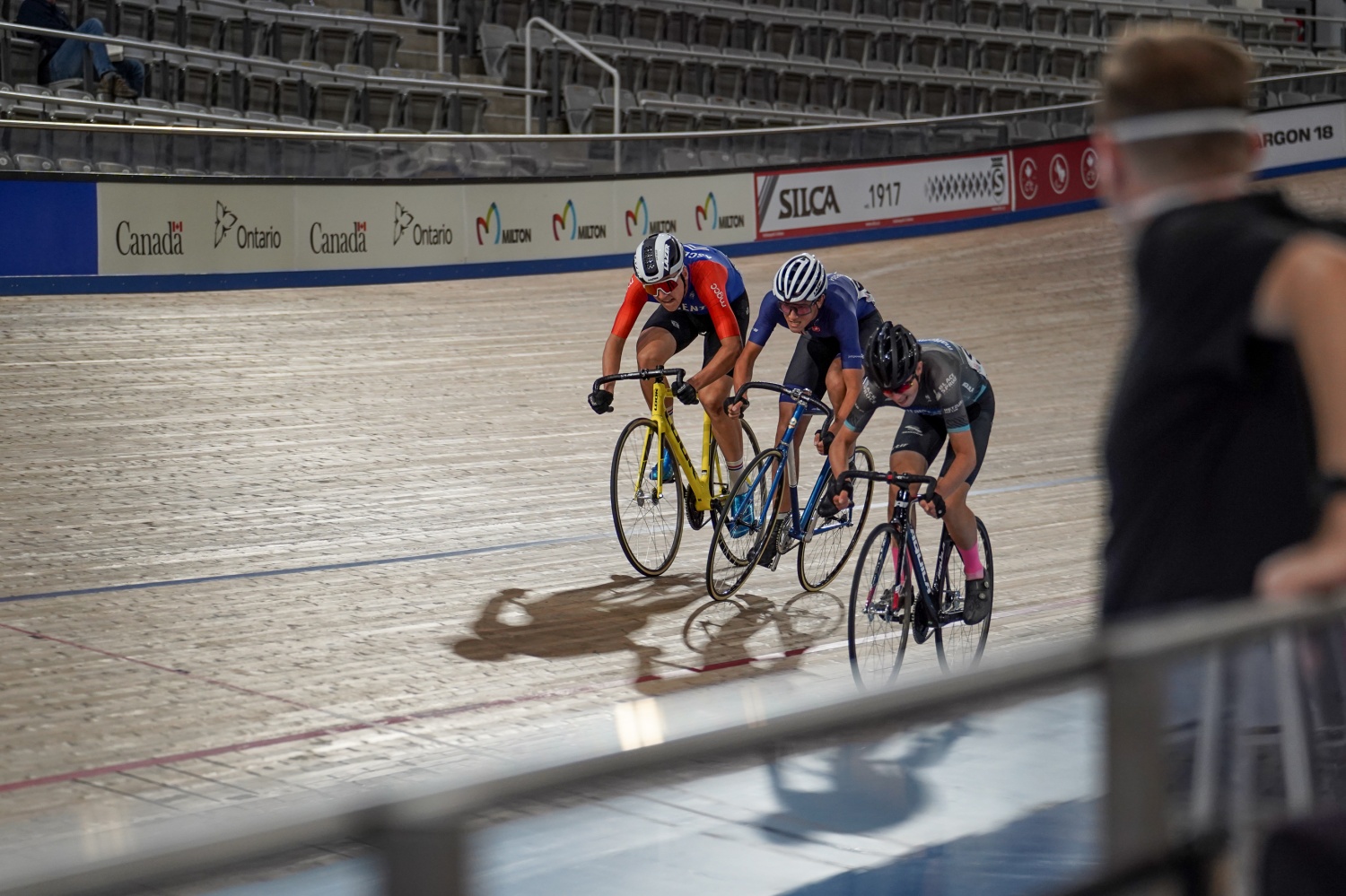 The NCIM launched a new 12 race track series October 16 and the Canadian Junior National Track Championships will take place this weekend at the Mattamy Velodrome in Milton, Ontario.  Michael Barry reflects on track racing and how it helps in athlete development. Photograph by Mathew Chan Tin

Under the lights the riders whirl around the velodrome in a blur of speed, as the emcee calls the race. As they round the banking towards the line, the spectators rise from their seats with excitement. On the wood track the race unfolds while in the track centre other riders pedal away on rollers, stationary but dripping with sweat and intense with focus, as they prepare for their event. Through the evening, several categories will race, from youth to masters, parents and children. Under the roof the air is electric with anticipation, effort, and thrill.

Over four hours, the riders will race three to four events. These micro races are quick and intense; a few dozen riders charge around the 250 m long track, rubbing elbows, hurling directives at one another, and in a burst of speed, flying around the 42-degree banking, towards the finish line. The compressed environment is an ideal way to learn race skills, build speed and decipher tactics, especially for young cyclists. 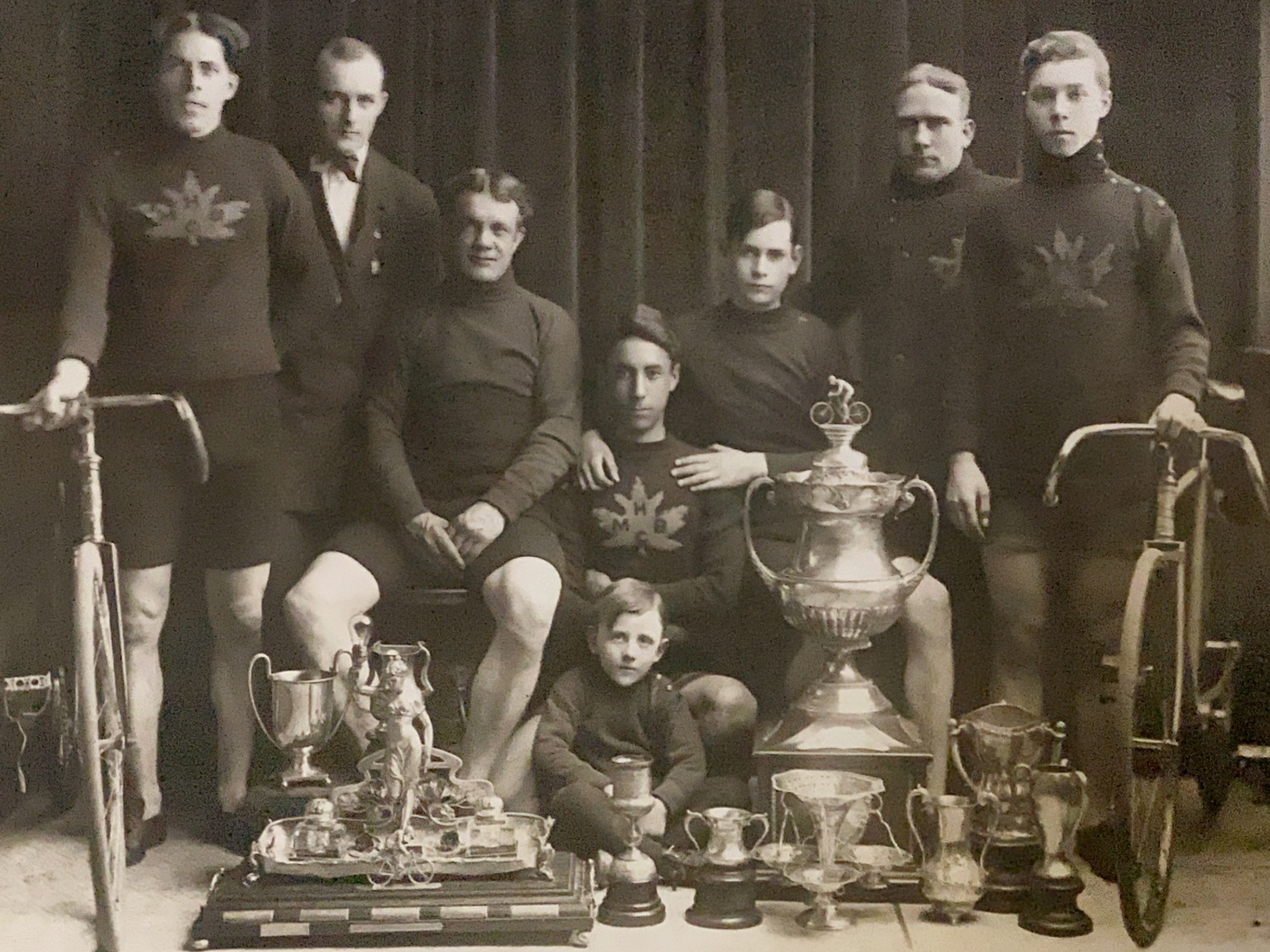 The Herbert McDonald Track Cycling Team of Toronto in 1917

Track racing is one of the oldest forms of bike racing. In the early 1900s, it was the most popular sporting event.  Maple Leaf Gardens and Madison Square Gardens were filled to the roof with spectators and cyclists were the highest paid athletes. The riders were not only sportsmen, but also acrobats on their bikes and entertainers. A well-run track meet remains one of the most thrilling cycling events to watch and compete in. 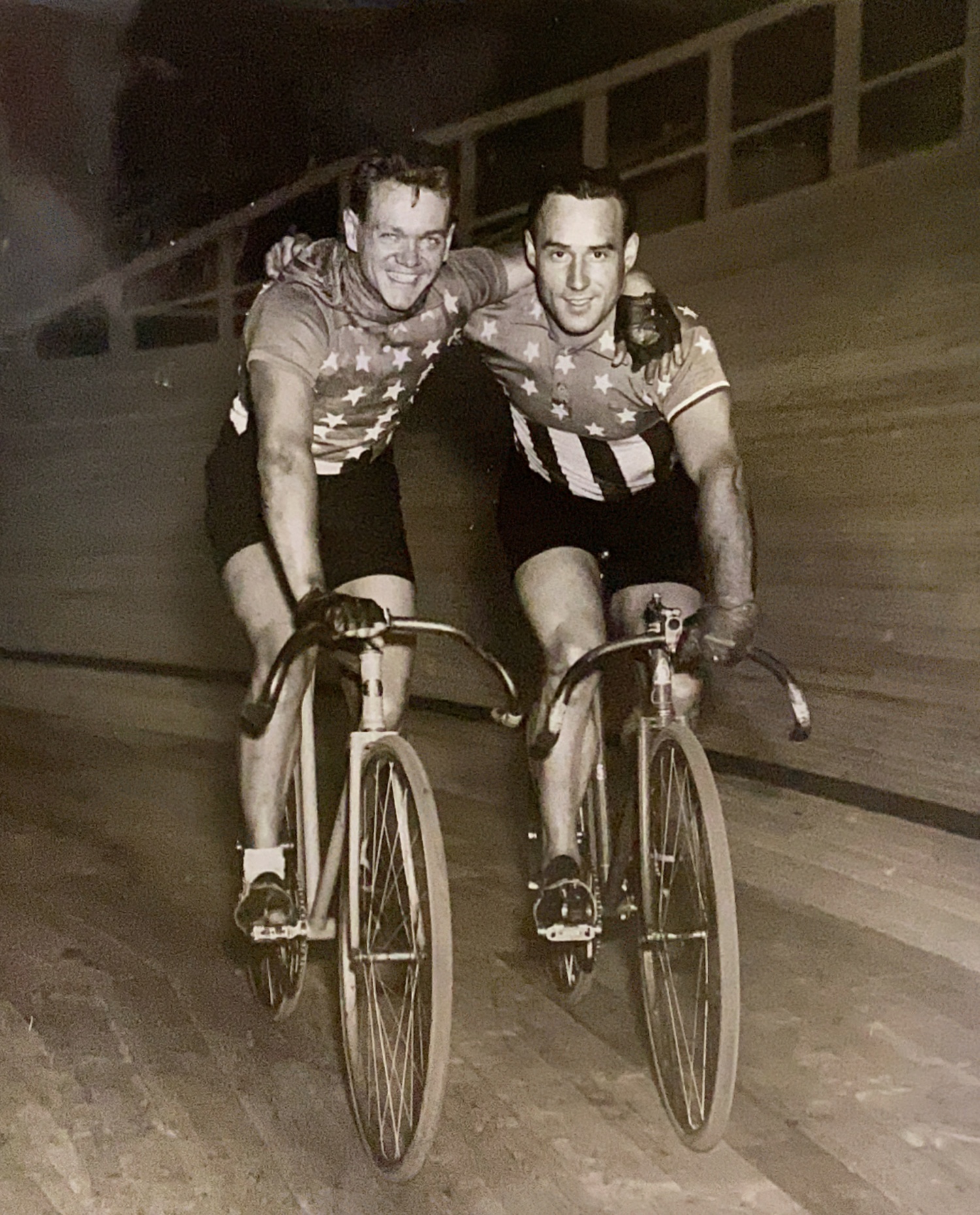 The US National Team after winning a Madison event.

In Canada, cyclists are limited by the long winter where snow, ice and cold keep us indoors. Over the past few decades, the racing calendar, which runs from March until November, has become less populated. Recently, Bridge the Gap, noted that young cyclists in Canada race thirty percent less than their international competitors. For a multitude of reasons, the criteriums which took place most weekends through the summer a decade ago are now infrequent while road races barely exist.

Pinning a number on, feeling the nerves of being on the start line, winning, losing, working with teammates, dealing with known and unpredicted variables, is all part of the race craft that is learned through experience.

Canada now has a handful of velodromes that can fill a gap and allow kids and adults to race frequently, sometimes three to four times on a weekend evening. Even the weekly velodrome youth training sessions have micro races, like hockey scrimmages between teammates, where the kids can learn the skills to handle their bikes at speed in a group, decipher the tactical games and gain confidence through their failures and victories. On the track they can quickly learn the skills they are lacking while also gaining the speed of racing which is hard to replicate during a training session, especially in the depth of winter when they might otherwise be pedalling away on a stationary bike.

From the sidelines, coaches and mentors can provide direct feedback to the riders, teaching them quickly how to improve. At the youth sessions, riders quickly develop friendships and a community as their coaches run them through skills, drills and races. At the races, veteran riders provide friendly advice to the rookie kids. 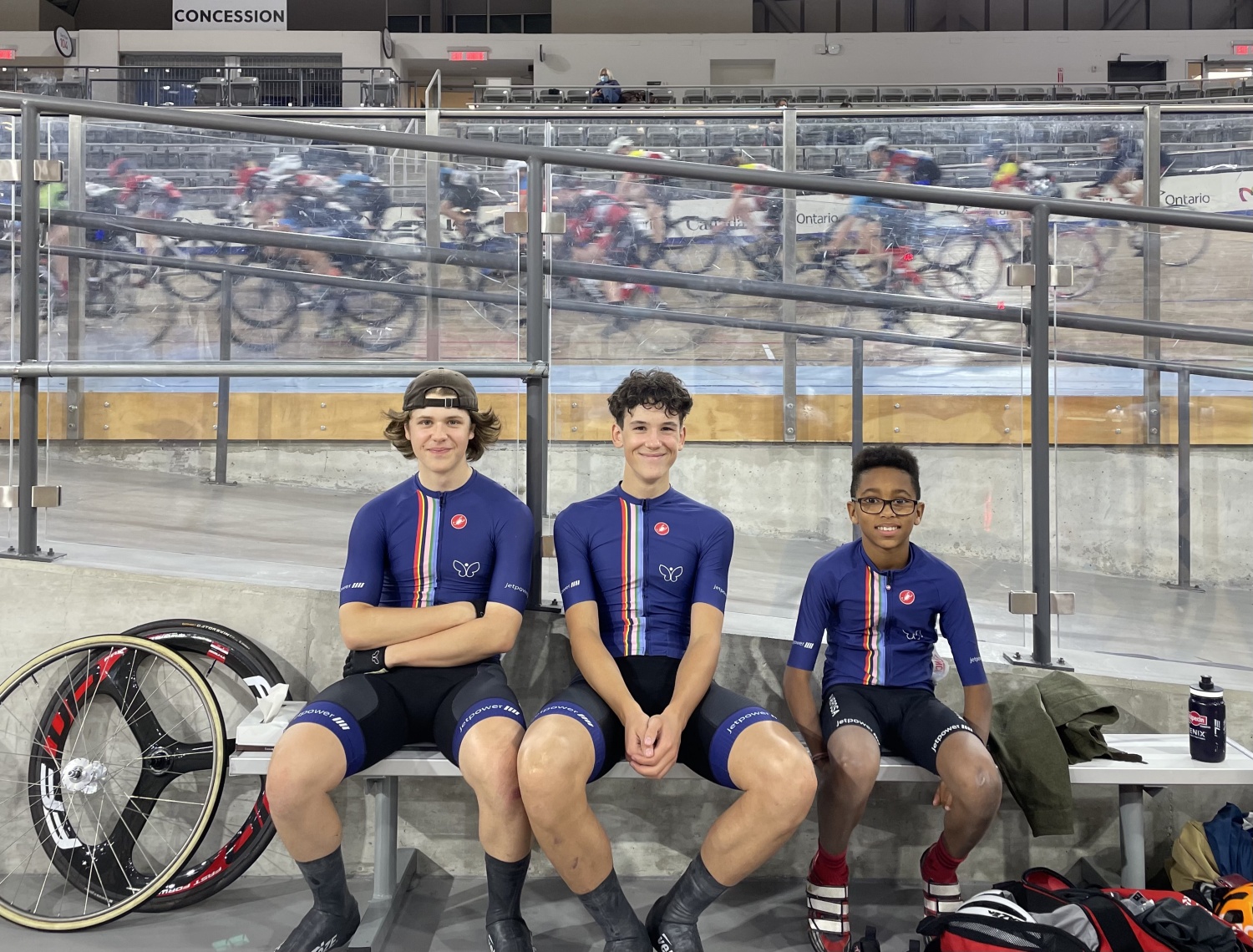 Since the Mattamy National Cycling Centre in Milton was built for the Pan American Games in 2015, the results are significant: World Championship medals and Olympics medals were won, and, most importantly, hundreds of young children have tried the track for the first time. “Build it and they will come.” By increasing the pool of cyclists and providing them with a venue to train and compete Canada is progressively becoming internationally competitive.

At the weekend track meets Milton, World Champions now warm up alongside first time racers. For rookies, seeing the rainbow jerseys trackside, and knowing the channels to the pinnacle of cycling are in place not only provides motivation but also the knowledge that the top is tangible.