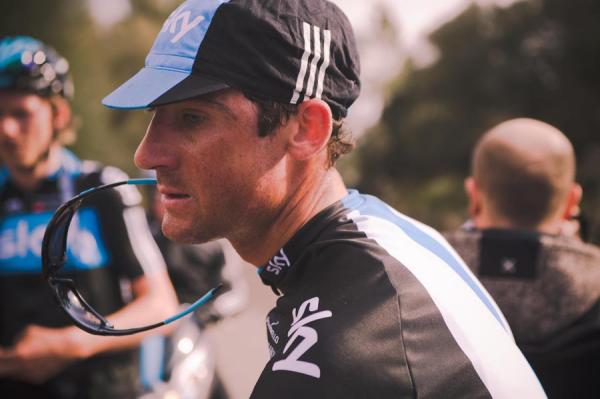 Rain tapped against the Team Sky bus window. The eight of us sat quietly in our chairs, some with their eyes closed and headphones on, others studying the race book trying to memorize the details that would later determine the outcome of our day. I stared blankly out the tinted windows at the muddy farm fields and roads we’d be racing along in a few hours. My jersey with numbers pinned on sat on my lap with a cotton cycling cap in the pocket. My teammate Mat Hayman sat across from me. Although an Australian, he had embraced life in northern Europe as his dream was to win one of the iconic cobbled Classics: Paris Roubaix or the Tour of Flanders. While other foreigners set up their European homes in the warmth of Spain or Italy, Mat opted for Belgium where he could train on the terrain on which he wanted to excel.

From his seat on the bus, Mat looked to one of the younger riders who wasn’t wearing a cap and handed him one, saying, “You’ll need this today.” He explained, that in the rain that plumed off the wheels, the cow manure that splattered up from the farm fields and the grit from the road, glasses wouldn’t be enough. A cap with a peak would keep the lens clear and the water out of his eyes.  It would also add a bit of extra warmth. And most importantly, in adverse conditions a cap allows a rider to see reasonably well. It was a trick Mat had learned at the start of his career from veteran teammates.

He was often my roommate, and more importantly a friend. We were roughly the same age. Over the years, we had ridden on the front together for hundreds, maybe thousands, of kilometers pulling the peloton, chasing breakaways, with our eyes on the road ahead, the speed, the kilometers, and the time gap. We had sunken ourselves into those efforts. And, sitting on the bus, we were ready to do it again. Mat placed a cap on his head, plugged in his race radio, filled his pockets with food, and adjusted his glasses.

After decades of racing, it was a routine we knew well. The conditions no longer worried me. I had learned how to dress to stay warm and as comfortable as possible and, more importantly, how to mentally prepare myself. Half of the peloton, maybe more, was already defeated by the weather. In rain, windows of opportunity opened as many riders’ motivation waned. Those who had the will, the guts to push through the grit, to push away the pain of frozen fingers, would succeed. Mat was one of them. A few years after I retired his dream became reality and he won the queen of the Classics, Paris Roubaix.

The bus pulled into the start area–a bullpen where all the teams readied themselves, where the air was heavy with angst and anticipation, where the emcee’s voice echoed against the historic stone buildings, and the spectators milled around, bundled for the weather, holding caps for us to sign, freebees from the sponsors and race programs. For a few hours on a Sunday morning the race took over the town square.

Stepping out of the bus, I adjusted my cap so that it sat high and forward, as we walked toward the podium to be introduced to the crowd and sign in to the race. It was a routine we had repeated thousands of times since we first started racing internationally. For me, it had been nearly two decades. My helmet was buckled to my handlebars. On the start line, I would pull the hat down low, strap on my helmet, and flip the peak down so that it shielded my forehead and eyes. 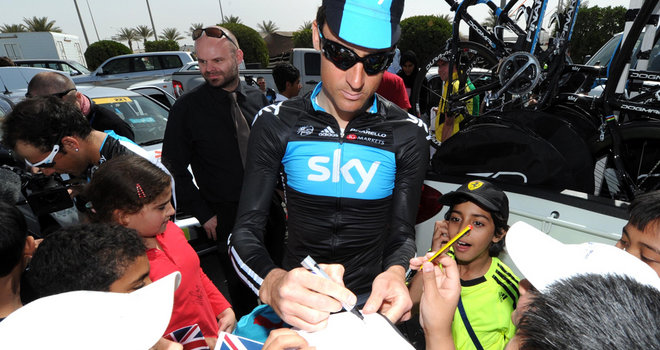 Cycling caps are unique to our sport but have transcended to higher levels of fashion once or twice.  They can be worn in a manner of ways, on a bike, in the street or on the beach. The good and proper ones, are light, made of cotton, easy to fold up and put in a pocket. Spike Lee brought them to the fore of pop culture when he wore a Brooklyn cap with the peak flipped up in the Michael Jordan Nike commercials. Of course, one of the finest scenes in any cycling film is in La Course en Tete when Eddy Merckx lost his cap while motorpacing in Belgium.

After the Nike commercials aired, caps became the cool thing to have in grade school. So, I wore my checkered Peugeot cap daily. Then all of a sudden, they weren’t and we were all wearing Yankees baseball caps. But, I still rode with one, perched on my head, like Miguel Indurain. He wore his ever so elegantly, high on his head with the peak to the front, flipped down. Statuesque in his features and in his position on the bike, he rarely showed the pain of the effort. His cap also never seemed to move on his head, whether he was suffering up a climb, riding at the front of an echelon in a strong crosswind, or posing for the photographers on the start line. Unfortunately, he traded his cycling cap for a sponsor’s baseball hat when on the podium.

Greg Lemond introduced the baseball hat to cycling and forever changed the way we dressed on podiums. The American had blasted ahead of Frenchman Laurent Fignon in the final kilometers of the 1989 Tour de France to capture the top prize. Perhaps, he wore the fluo pink Coors Light hat because it was all the sponsor provided or perhaps it was because it sat on his head like a billboard enriching his payday. Or both.  Either way, it was a tacky Nascar-esque hat that had none of the subtle elegance and practicality of a classic cotton cycling cap.

In the heat of the summer, before helmets became mandatory, riders would customize their hats for the heat, cutting vents on the sides to allow air flow. And, when the heat was stifling, the riders would cover their heads in cabbage leaves and pull their cap over top to hold the leaf in place. I haven’t tried it but supposedly the leaves will help keep the head cool. The twitter page, Casquetteurs,has thousands of wonderful new and old photos of riders gloriously wearing caps on podiums or in the peloton. I bet there’s one of a cabbage wearing rider somewhere in their archives. 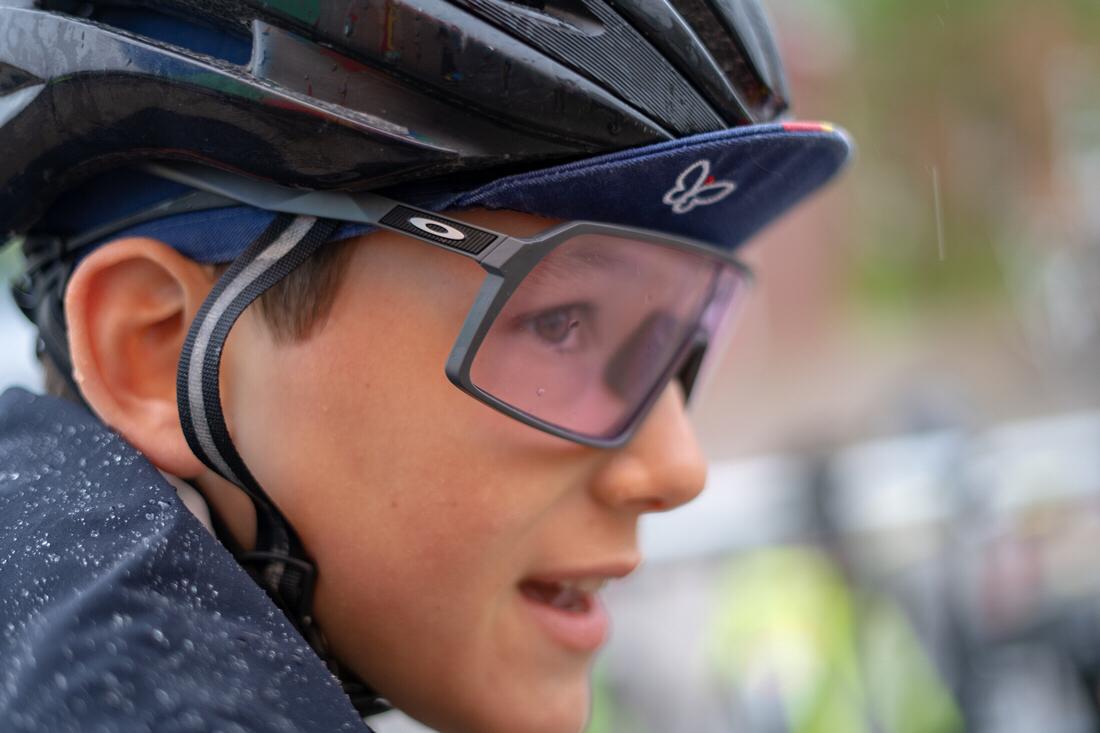 On days it wasn’t raining, cold, or snowing I would wear a cap to the start line, then in the final moments, as the countdown to the start neared, I would pull off and toss it to a kid in the crowd who I thought might like it. In each country it was the gift the kids were after: in Italy, they yelled, “Cappellino!”, in France, “Casquette, s’il vous plait!” and in Spain, “Gorra, por favor!” In them I saw myself. As a boy, I had a collection of caps that had been given to me by pros at races. They were the greatest of souvenirs. Some caps I wore but most were pinned to my bedroom wall, to be kept in pristine condition. They had been inspiration to me and Fignon’s System U cap from the Tour was the greatest prize of them all. As a professional, my team often complained that we gave too many caps away, but it seemed to me it was a small cost for something that could positively affect a child’s life.

At the end of the race, on the bus with Mat, we tossed our grimy caps into the laundry bags. Showered and clean I pulled out a fresh one from my bag, placed it on my head, pulled on my headphones and closed my eyes for the bus ride back to the team hotel. Upon arrival at the hotel, I might give it to one of the boys in the town who would be waiting patiently for our arrival, and a photograph or autograph. 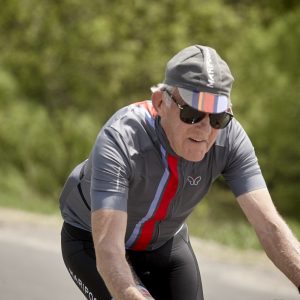 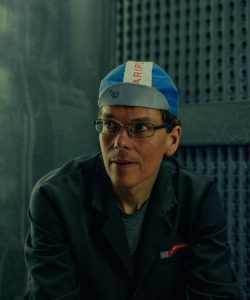 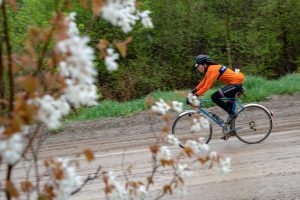 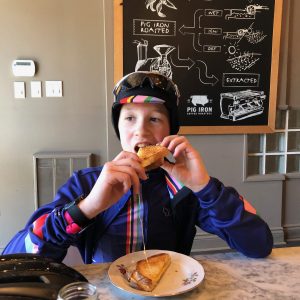 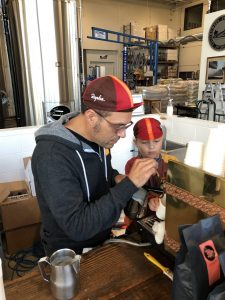 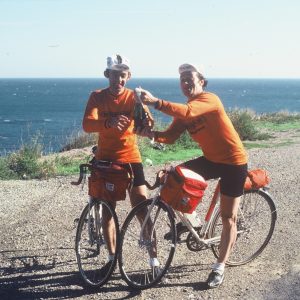 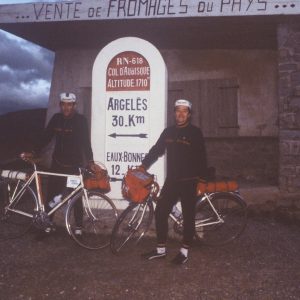 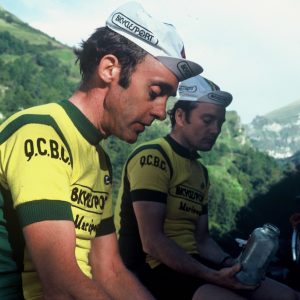 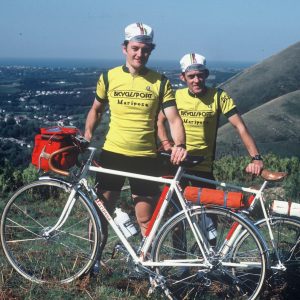 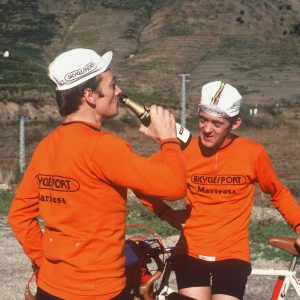 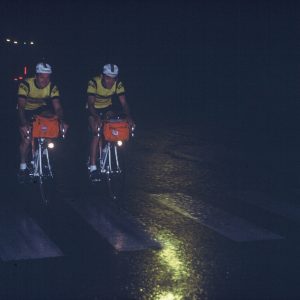 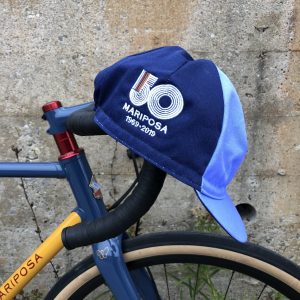 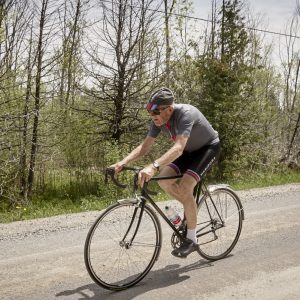 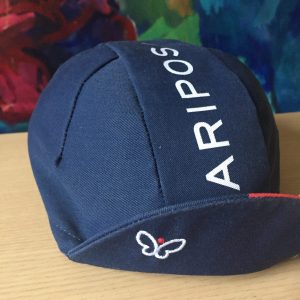