The Compounding Benefits Of Micro-Commutes 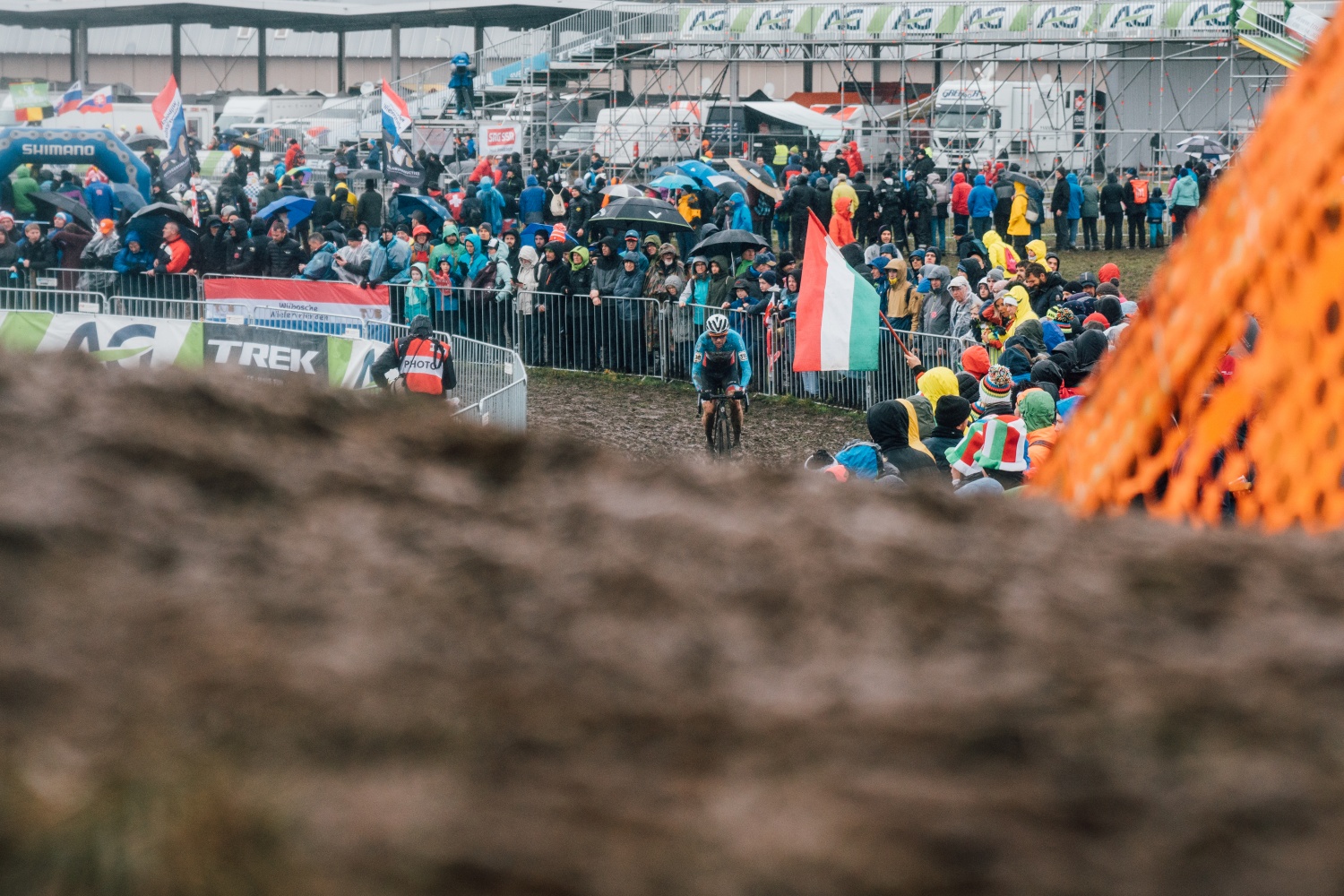 As the ​Dutch riders dominated all of the Cyclo Cross World Championships categories​ last weekend, I kept imagining them riding around on their big Dutch city bikes as kids in the pouring rain and blowing wind, on their daily commute to and from school, or to meet a friend or to go to the shops. Growing up riding a bike, and using one as daily transport, it makes sense they’d dominate a discipline that not only takes place in bad weather but also requires acrobatic bike handling skills. Over time the bicycle will start to feel like an extension of the cyclist’s body with daily cycling from a young age. Most Dutch citizens can calmly and competently navigate cobbles, traffic, corners, bumps and berms in the rain. Commuting by bike or foot as a child is not only good for the development of skills and health but is also the best way to build long term athleticism. 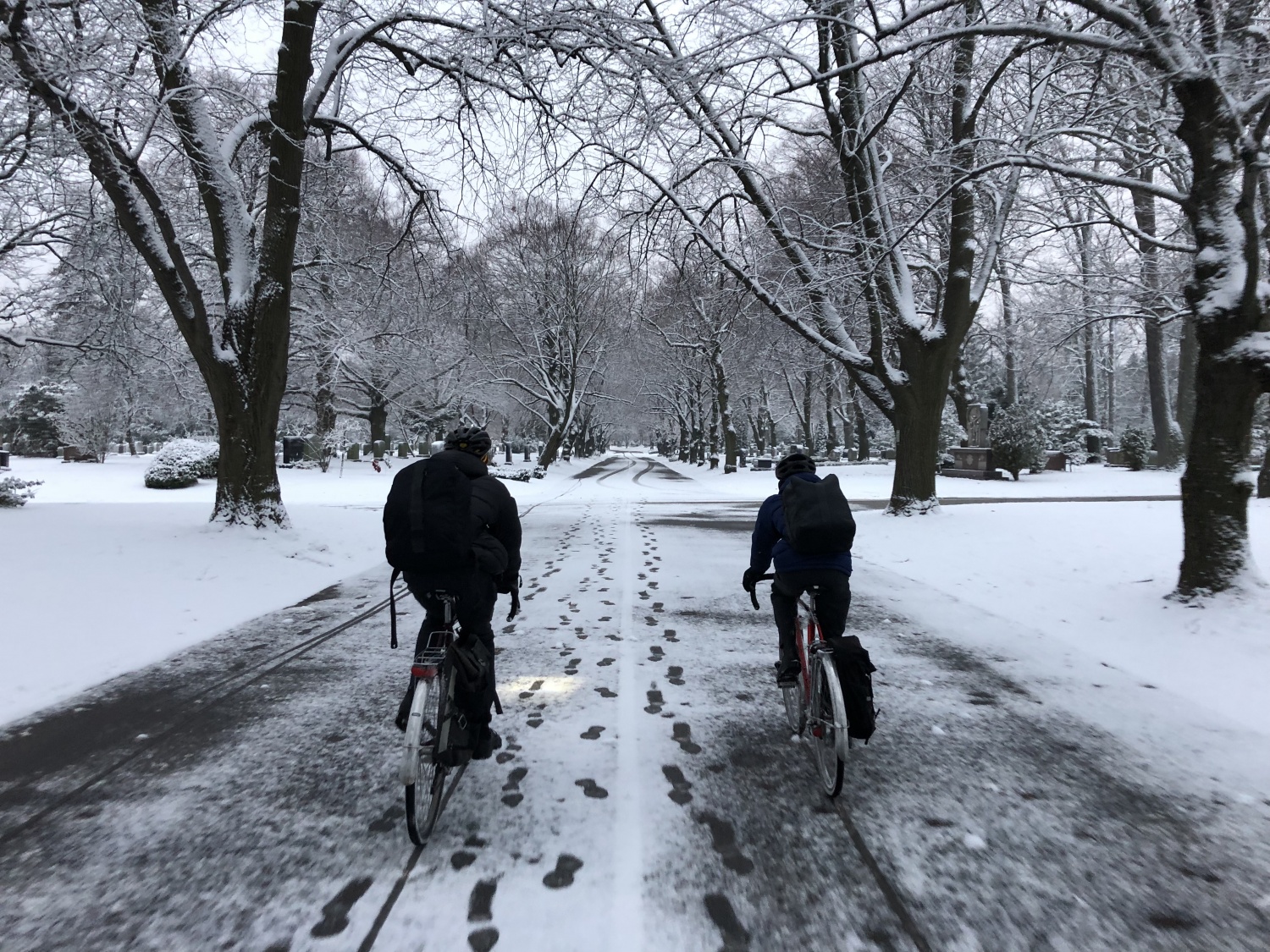 The correlation between youth commuting and sporting success is one of the key reasons the Kenyans have dominated elite running since the late 1960’s. A study of Kenyan runners by Yannis Pitsiladis, as told by David Epstein in The Sport’s Gene, “found 81 percent of 404 professional runners had to run or walk a considerable distance to primary school as children. Kenyan kids who rely on their feet to get to and from school have 30 percent higher aerobic capacities on average than their peers.” By running everywhere on a daily basis for transport, the Kenyans become efficient runners from a young age. Of course, other factors contribute to their success but, Pistiladis says, “when you have thousands of kids running the cream rises to the top.”

Kilian Jornet​,  a Catalan who grew up in the high Pyrenees, has broken the fastest known ascent times for every major mountain, including Mount Everest. He’s also one of the best ski-mo racers in the world. Jornet grew up in a mountain refuge for hikers and skiers that his parents maintained. To get to school in the morning, he ran for 45 min down the mountain and then back up after school in the afternoon. A run, like the ride to school for the Dutch, was a part of his daily routine, and was not considered a training session.

Ride to school programs were initiated in Boulder, Colorado​ around a decade ago. Students were incentivized to ride, provided with proper bike parking areas and taught skills. The programs were a success, and as they flourished and schools developed cycling clubs and race teams. ​The high school mountain bike races are now attended by hundreds of kids and many of today’s top US National team racers have come through the programs​.

Too often, the focus in sport is on structured training. ​Youth sport has now been professionalized with coaches training children like pro athletes, or sometimes even harder. As a result, the joy is drained from the sport, and kids quit, get injured or burnout​. Kids are often driven to and from sessions. This is misguided, as sport should first be a way of life. The more we move our bodies from a young age, the healthier we are and the fitter we’ll become.

As a child and teen, I rode everywhere, even on the coldest winter days. With a backpack full of school books I pedalled through the neighbourhoods, sprinted up the hills, cut through the trails in the parks and, when I had the time, extended my ride. Often, my mind wandered, as I imagined I was alone in a breakaway on my way to victory. Those rides were the foundation of a life of riding and racing bikes.

As a 15 year old, I spent the winter riding all over town on my fixed wheel city bike, with a hockey stick strapped to my top tube. I went to friends’ houses, to school, downtown to my Dad’s shop, over to the island to skate on the lagoons, and to the local rinks. I was moving constantly, racing myself to get from place to place as quickly as possible. That year, I started the season fit, winning the first race of the year and many after. And, as I matured, over the following years, I started a structured training program, rode around town less, played less hockey, ran less but rode the home trainer far more. It started to feel like a job. At the start of the racing season, I struggled to find fitness, was overweight, and lacked enthusiasm. I was missing those daily commutes, the fun of riding on the snow covered city roads with friends at night under the streetlights, and playing shinny hockey for hours on the local rink. Doing a range of sports and riding as transport, made me a better athlete and kept me mentally fresh.

The short daily trips add up over a week and year. Think about the compounding effect of 2 x 9.6 km commute (average commute distance each way of Toronto residents ref. ​2016 Stats Canada Census​) x 262 (average number of work days per year). That is 5,030 km per year and between 950 – 1500 calories burned per day, depending upon body size and mechanical efficiency. Not only do we incur health benefits from commuting by bike, but ​based on the average cost per kilometer of gas, you would save $648.87 in gas per year​.

An expensive bike is not necessary to commute, gain fitness and improve health. When my wife, Dede was studying at the University of Colorado, she rode a 1970’s Jeunet Mixte bike with fenders which was recovered from a dumpster and fixed up by my father, to school and back each day. When she had gaps between classes or at the end of the day, she would often ride up Flagstaff or Sunshine Canyon, two hard long climbs in Boulder, to get some fresh air. These 30 minute steep ascents resulted in great fitness benefits, as when she wrapped up her degree and returned to racing, she was immediately competitive.

More recently, during the Covid shutdown, we saw cyclists doing hill repeats in the local on a Toronto Bike Share city bike.

When I was racing as an amateur in the French Alps, my friend and training partner, Raphael, who worked a full time job at a local factory, would commute to work and back by bike on an old 1950’s Peugeot with panniers, mudguards and generator lights. As he arrived home from work, his mother didn’t want him heading out to train on his road bike in the dark so he strapped his heart rate monitor to the bars of his Peugeot, rode to the nearest mountain and did intervals in his work boots and clothes for an hour or so. He returned home in time for dinner without causing his mother worry, gained fitness and an endorphin rush after a long day at work.

We live in a culture that has professionalized all levels of sport but to enjoy a ride and get the benefits of movement, a fancy bike, power meter, or even training plan aren’t necessary. Simply make movement a part of the daily routine. Leave the car at home, ride to work, encourage the kids to walk, run or bike to school. It’ll result in a happier, healthier population, and perhaps, even a few World Champions.

A number of years ago, Mike Barry Sr, was interviewed by Adam Hammond for an article that was printed in Dandyhorse Magazine. It neatly sums up what he loved and thought about cycling: “I’m very interested in seeing people riding bikes,”….”Commuting and whatnot. I think that’s really important, for all our good. To get people out of their cars and on to their bikes.” It is important not just for reasons of health, environment, and enjoyment, but also because bicycle riding involves us in the community. “You’re not isolated like you are in a car,” he says. “As soon as you get in that car, you’re isolated from the community. On a bike you’re part of the community.”

Barry’s utopia is one in which cycling is as normal, easy, and automatic as breathing. “I’ve got a photograph at home,” he says—“it’s just a couple of girls in France, standing by the side of the road, leaning on their bikes, chatting. I don’t know—that to me sort of typifies what I love about bikes. How it should be—a part of your everyday life.” He continues, “A couple of years ago in Liège I was sitting and chatting at a café when two women came along on their Dutch bikes. They were in their teens—riding next to one another with their handlebars just about banging, chatting away as if they were sitting on a park bench. And they’re heading through traffic, and one of the girls has a drink, and she passes it to the other one. That’s what was so lovely about it—that the bike was just part of everyday life. They had complete control, and there was traffic all around them—it didn’t bother them at all.” Laughing, he concludes “That’s what I would like to see here some day.”

4 thoughts on “The Compounding Benefits Of Micro-Commutes”