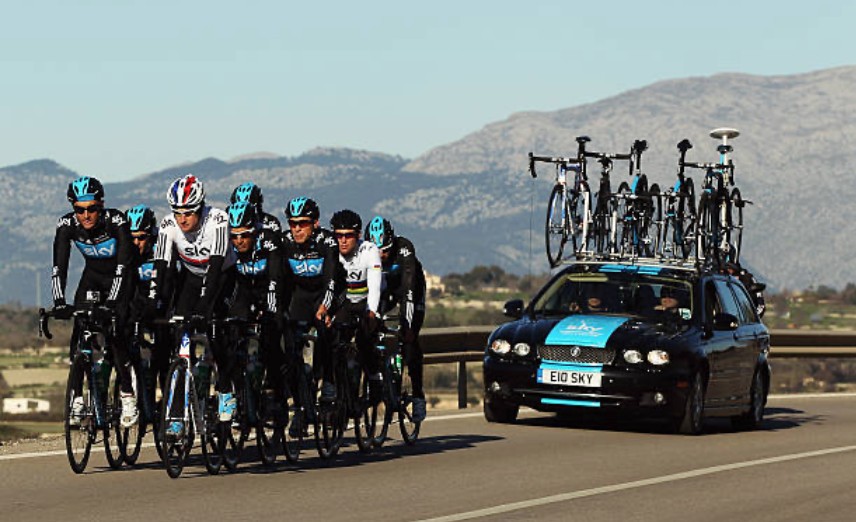 In a tight formation, we rolled over the Majorcan countryside.  A dozen riders paired up in matching outfits, inches between our wheels while our elbows touched, our legs ticking over at a metronomic cadence, we rode in synch. In the ditch alongside the tarmac, frost whitened blades of grass. Our breath plumed clouds of heat into the cold winter air. Steam rose from our jerseys.  As we entered a hamlet, our voices echoed and our gears clacked, as the sound resonated against the ancient stone walled homes. Christmas lights lined the houses and decorations coloured the town square.  In the fields, green sprouts popped against the drab colours of winter.  For us, a team of professional cyclists, this was our beginning.

Over a lifetime of riding bikes, the winter was always my starting point. Time away from my bicycle in the late autumn rejuvenated me after a long season of racing.  The coming year of racing was still distant, everything seemed possible, motivation was building, training plans were being mapped out, and new team bikes were being built. Soon we would be racing but, during our pre-season training campaigns, it was the long rides on cold days, when we would arrive home with muscles aching, cold hands, and hunger, that were the most satisfying. On the long rides, we laid the mental and physical foundation for ten months of racing.

With each ride our bodies adapted to the applied pressure. The slow progression towards fitness began on the quiet country roads. At first, we rode with little intensity. The pace was steady and town sign sprints were all that lifted our speeds and our heartrates. Soon, we would be pushing each other in a race for the summit of a climb, then we would be eyeing our power-meters as we rode in targeted zones, then, in a final push towards race fitness, we would be behind the motorbike to simulate the pace of a race. But the days that I enjoyed the most and still miss, were those where we would spend six hours on the road, riding up and over mountains. The ride would end with one final sprint to the hotel as the sun set on the Mediterranean. 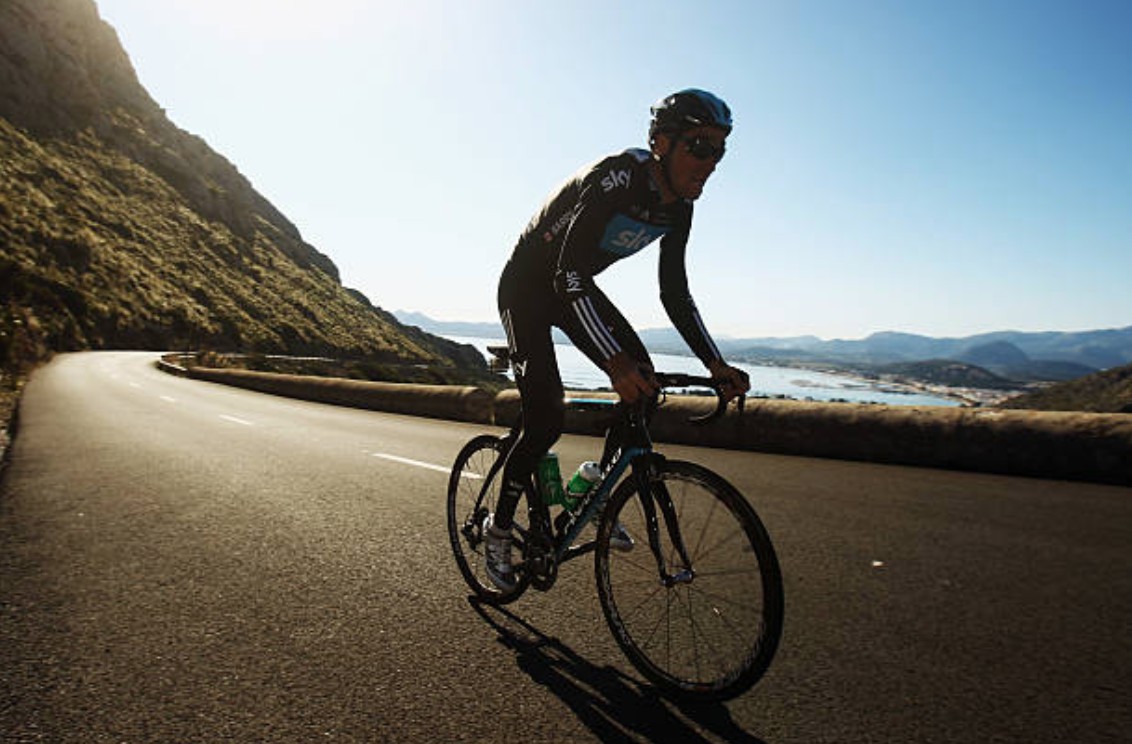 It has been nine years since I attended a winter training camp and rode a professional race, yet each winter, I still have the desire to rebuild. Perhaps, the pull to ride remains as it had been the routine and the rhythm of my life for decades. My love for cycling is as strong as ever yet I now see it in a different light, appreciating every ride, and the privilege it is, whether the commute work or a day in the countryside.

Each weekend, as the cold creeps into the Canadian countryside, I now ride with a group of friends from the neighbourhood, and kids in our club. No longer am I conditioning my body for a season of racing, or even working to be fit.  Yet the sense of accomplishment, the surge of endorphins, after a good ride in the cold weather, remains. With each week, and an accumulation of kilometers, the teenagers in the club progress— full of potential and desire, their sprints become quicker, their endurance improves, and their pedalstrokes become smoother. 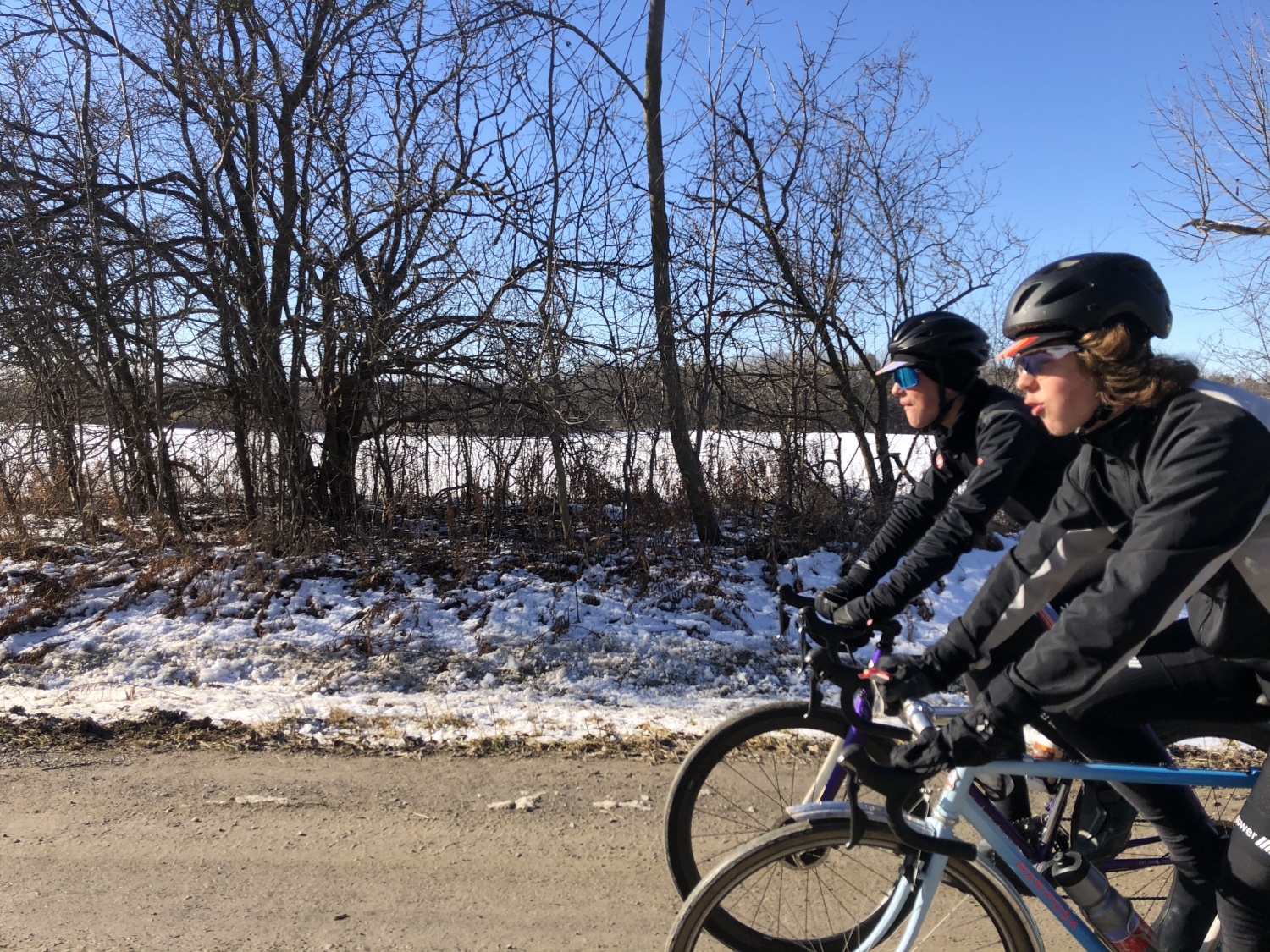 Two by two, we ride in tight formation. In Covid times our groups are now small and we are cautious not to get too close. The older riders teach the younger how to get comfortable on the wheel, where to place themselves in the wind, and how to hold a steady speed. In the windier sections, we’ll shift into a paceline, upping the speed, and finding a new rhythm. The kids have seen new places, ridden distances before unachieved, and are only just discovering their potential and the sense of fulfillment a good winter ride can give. They’ve only just begun.