By Michael Barry for Soigneur Journal

Floating in the belly of the peloton, my thoughts drifted to the off season, as they often did during late autumn races. A team rode at a steady speed on the front of the group over the undulating course. The tempo was just high enough that nobody was chatting as we sat in their slipstream. But it was not hard enough to push us into a long, single line. The computer on my handlebars said we had completed 174 km. We would soon be passing the 20-km-to-go banner, which was posted at the roadside of every race. At that point, the speed would increase and the banality induced by the pace would shift to a chaotic surge, as we whirled under the banners marking 15, ten, five, and, finally, one km to go. 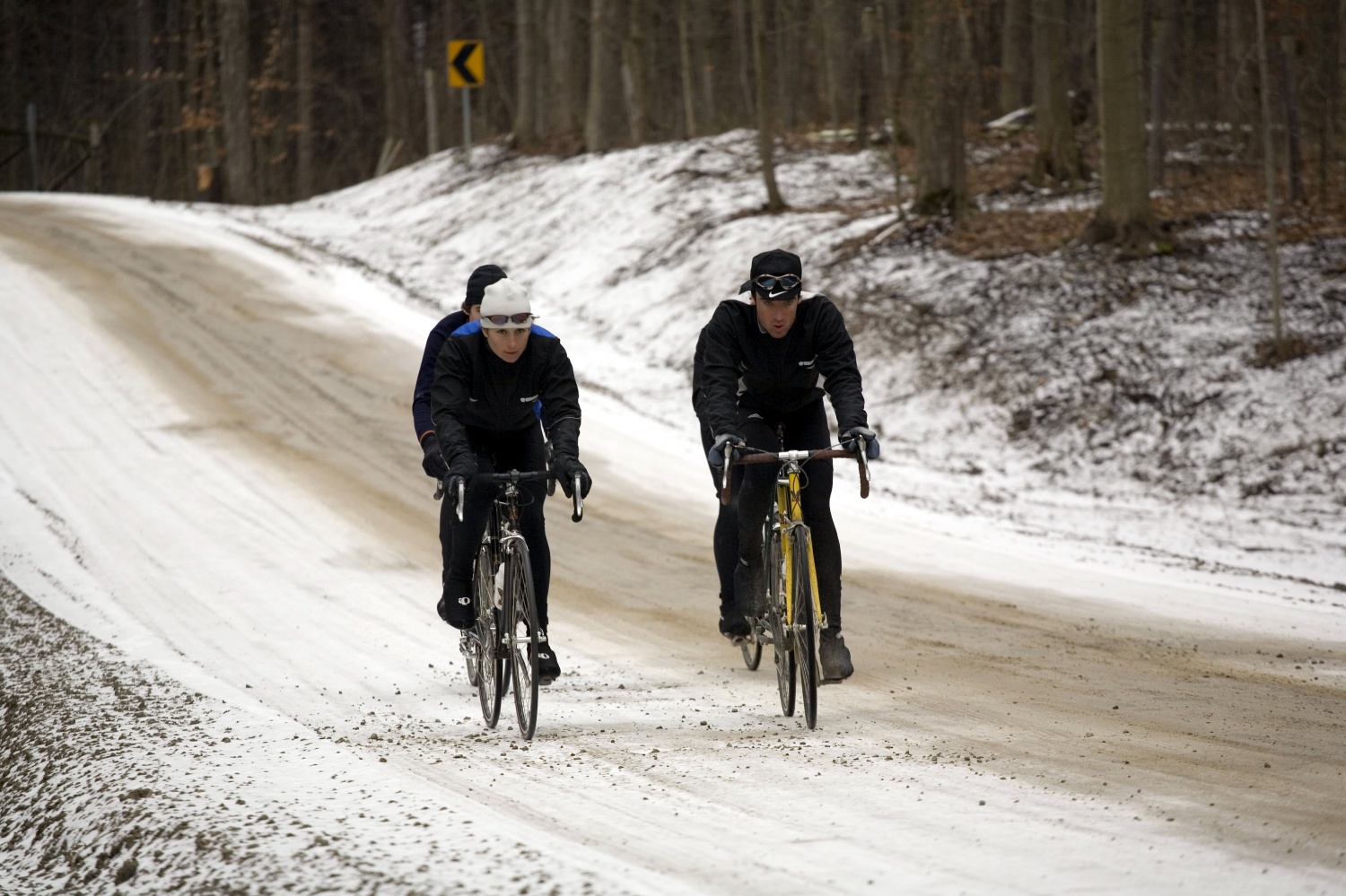