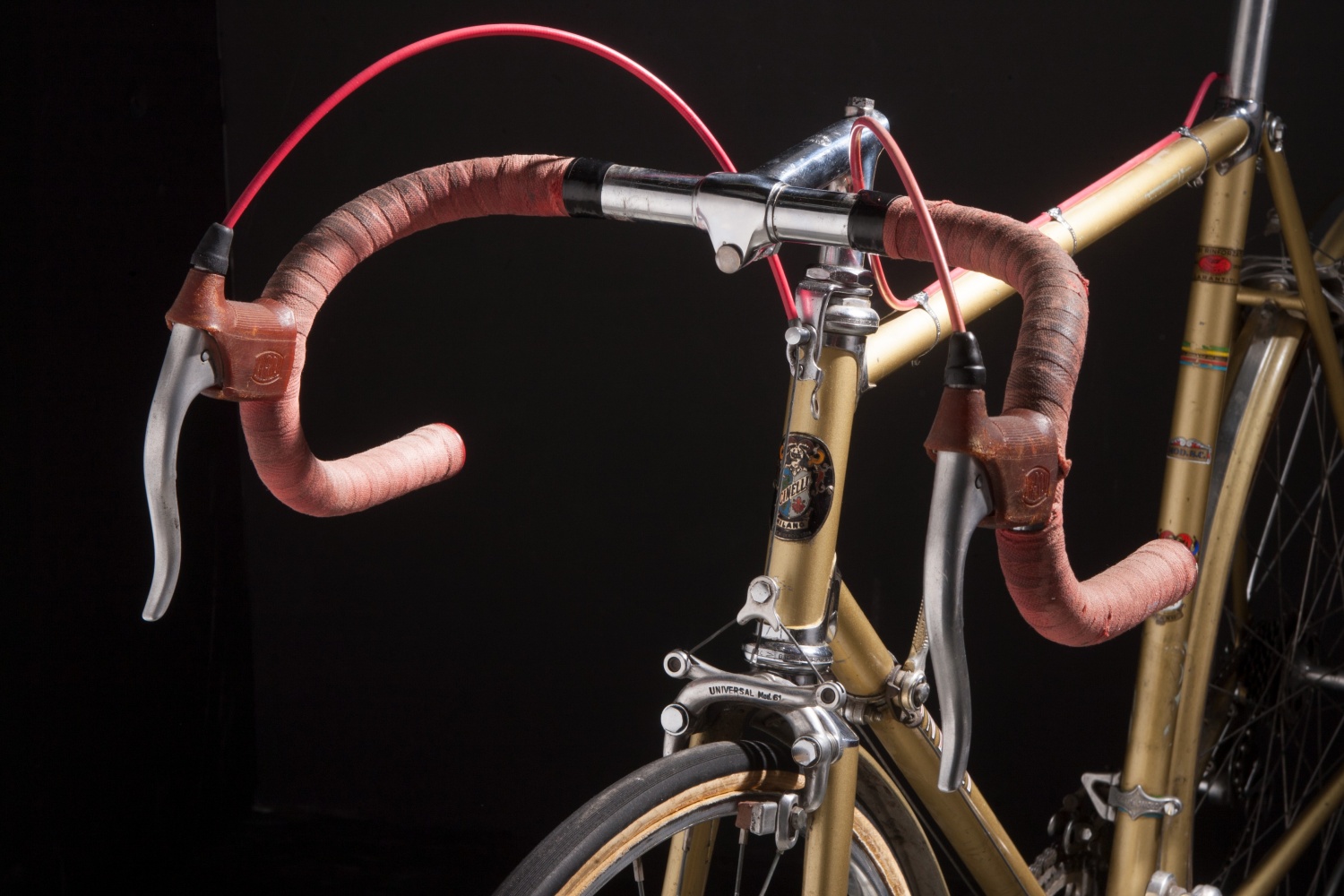 Cinelli Bicycles was founded in 1948 by Cino Cinelli, (born in Montespertoli, Italy, 9 February 1916, died 20 April 2001), a former professional road racer and president of the Italian Cyclists’ Association. He was a professional racer from 1937 to 1944, winning Milan-San Remo in 1943, the Giro di Lombardia in 1938, and the Tour of the Apennines in 1937.  He started the company under his name in 1948.The Cinelli S.C. is a legendary racing bicycle.

Launched around 1950, the Modello SC – Speciale Corsa which was later called Super Corsa and finally Supercorsa – had been the top model of Cinelli for decades, even after the brand was sold to the Colombo family in 1978. 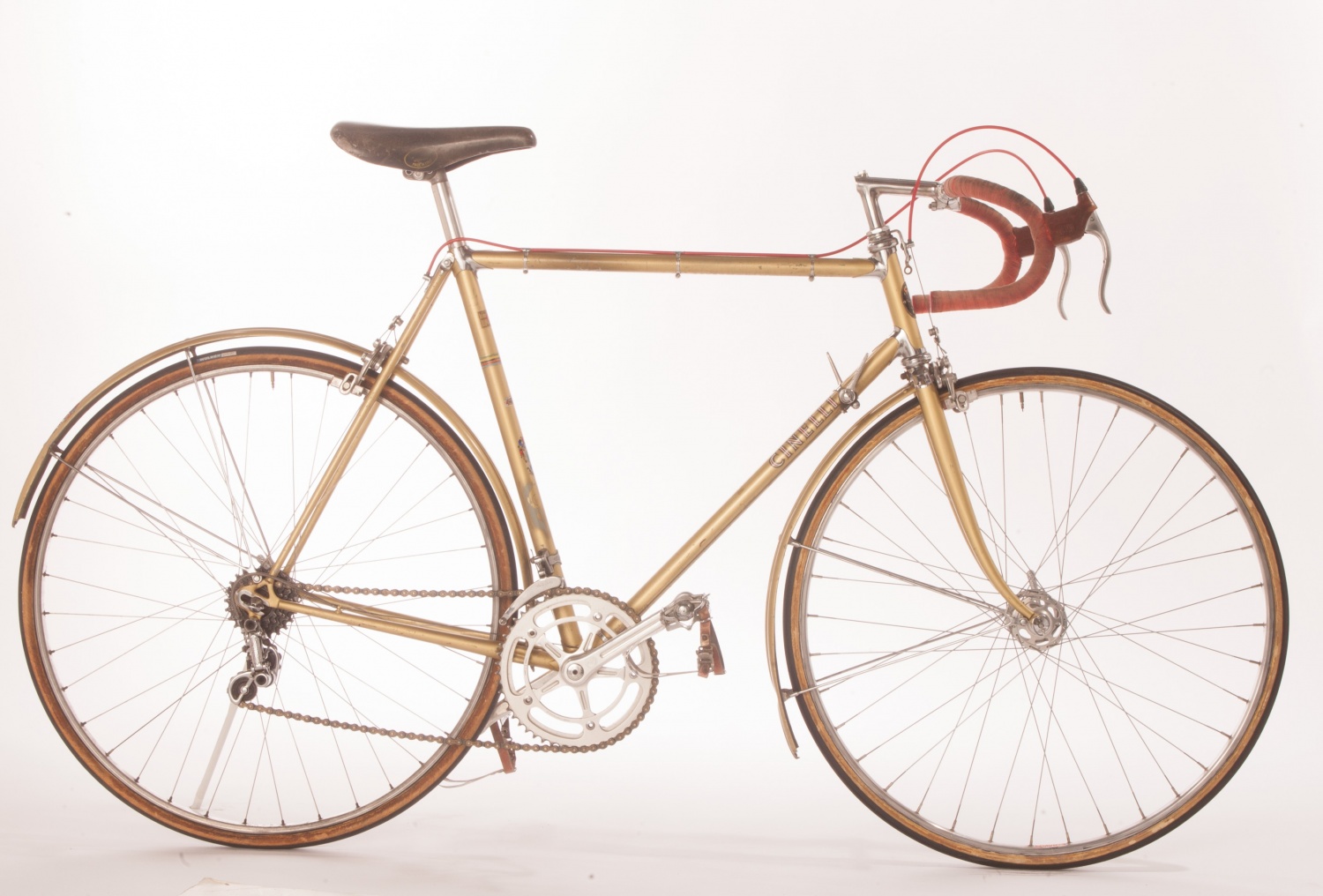 The Cinelli S.C. embodies the essence of the Italian cycling manufactory and has become a benchmark of design through the decades: clean, simple and captivating. On top it was one of the most winning bike models, especially during the 1960s.

Our Cinelli S.C. frame was built c1968 and has original gold paint (patina from age and some chips, as can be seen in the photos). The original Chrome in good condition.

This bike is equipped with a Campagnolo Record groupset and has original Cinelli fenders. 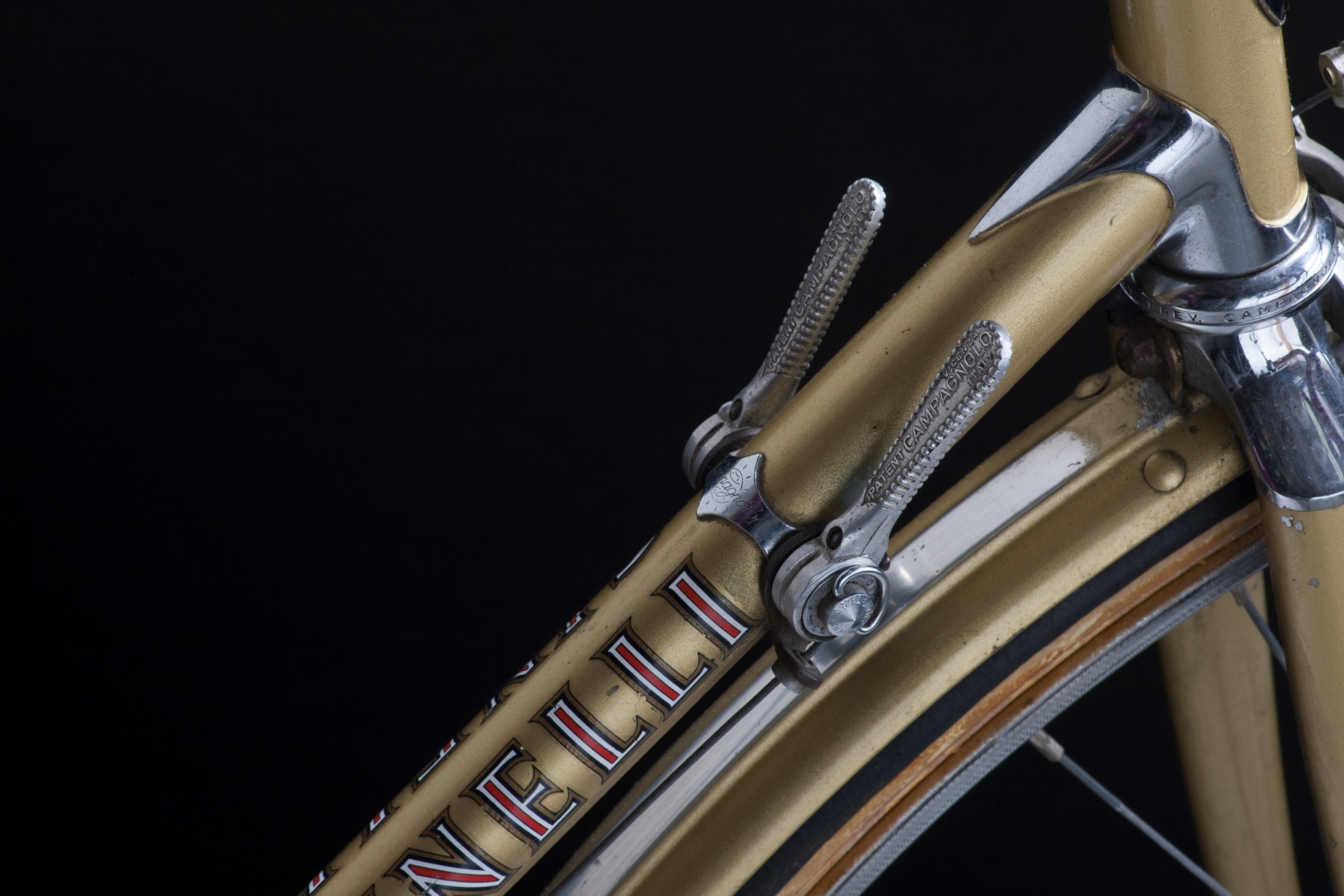 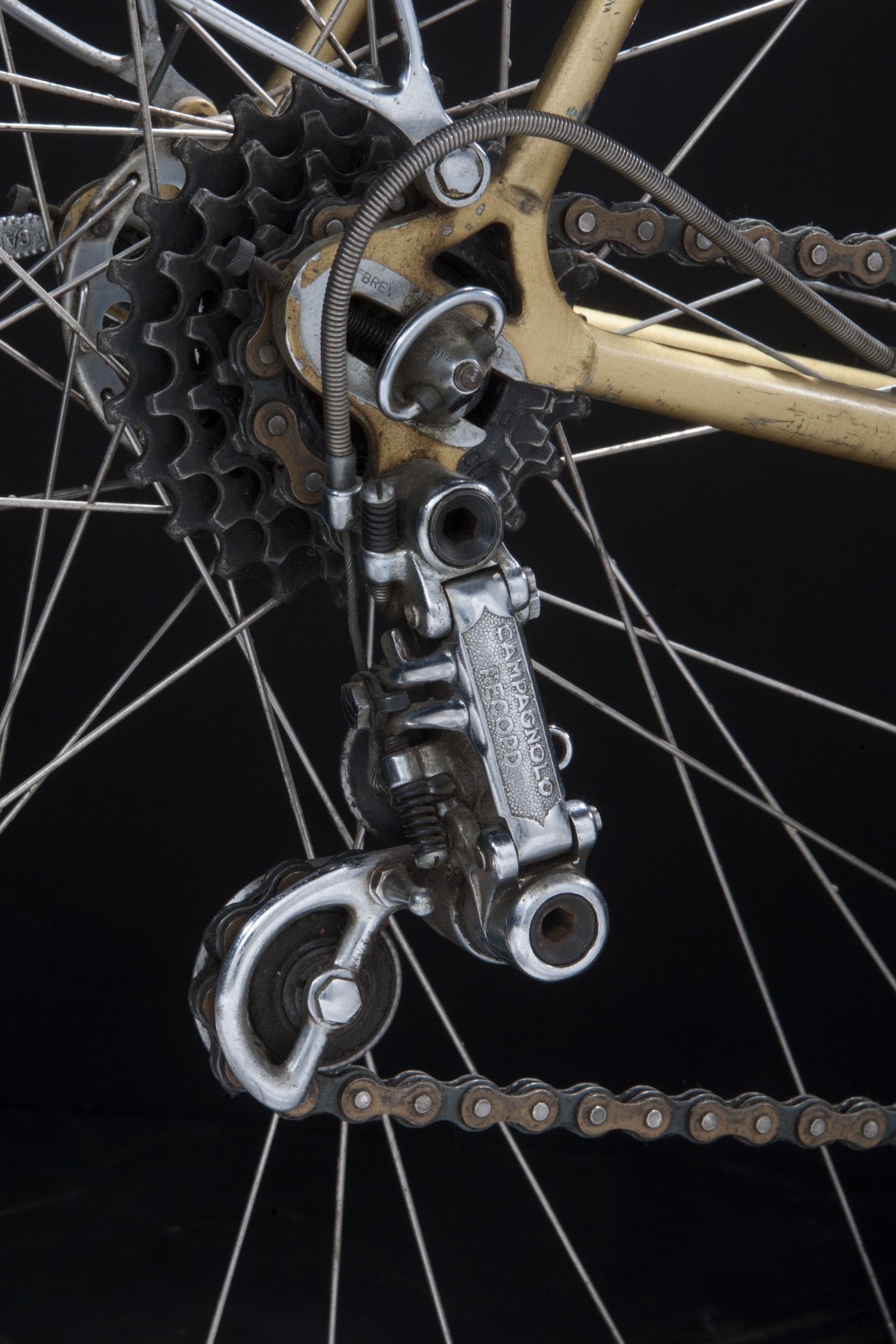 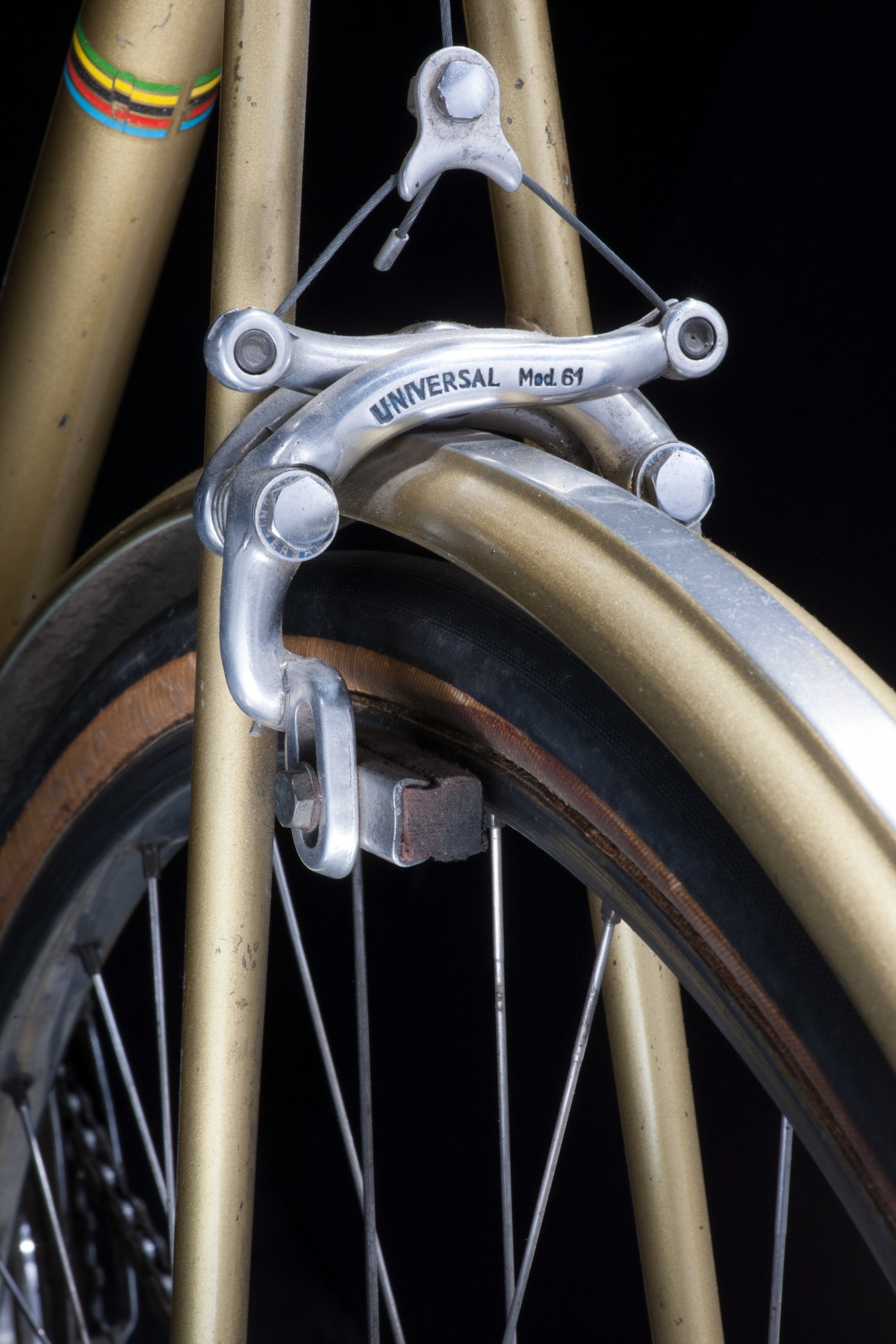 This bicycle is currently for sale and can be purchased in our webstore:  Link to buy now>>