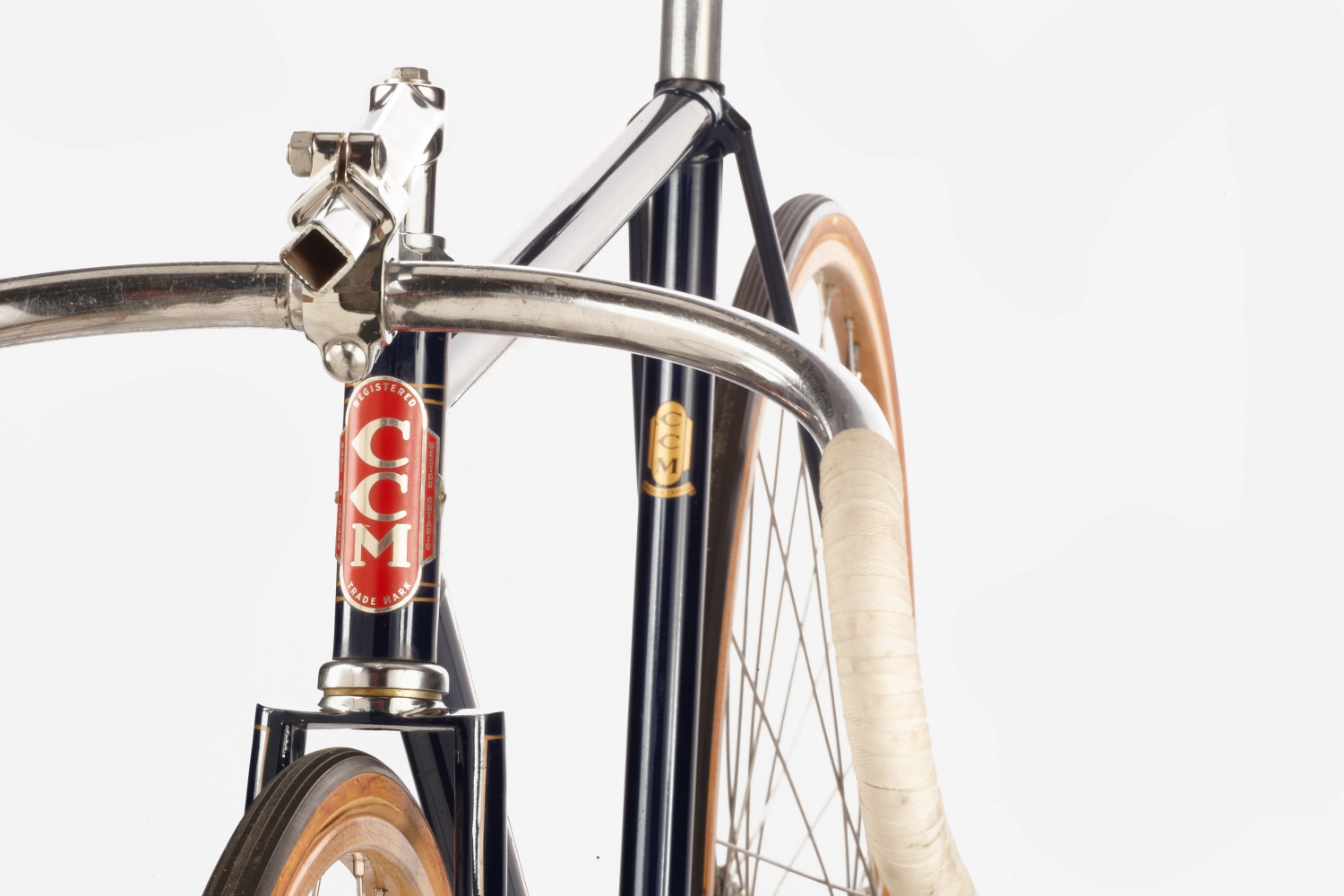 An excerpt from A Life With Bicycles by Mike Barry.  Photography by Walter Lai

The Canadian Cycle and Motor Company was formed in 1898 through the amalgamation of several smaller Canadian and American bicycle companies.

In 1921, CCM began producing its top-of-the-line racing model, the Flyer. It remained in production with very few changes until 1940, when the factory turned its focus to manufacturing armaments for Canada’s armed forces in the Second World War. The Company kept some of the Flyer frames in storage and sold them after the war ended in 1945.

The Flyer was a top-class racing bike in its day and was held in high regard by cyclists around the world. 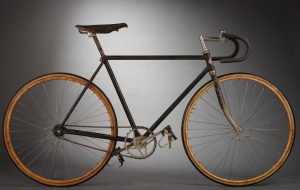 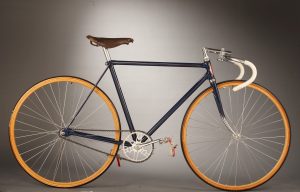 The two Flyers shown here, made in 1925 and 1951, indicate how few changes there were in the specification over the years. Chrome plating wasn’t available in 1925. The earlier bike had the duller nickel plating. That bike appears to be ‘lugless’ but I believe that it has internal lugs. The later bike has normal lugged construction. The forks changed over the years. The fork crowns are the same but the 1951 bike has forged drop-outs but the earlier bike has slots cut into flattened fork blades.

This 1925 example is one of the earliest that I have seen. It is in its original unrestored condition with all its original components. CCM made most of the components including the cotterless cranks. Most other bikes of the era were using cranks attached to the bottom bracket axle with cotter pins. The CCM crankset was far superior and had been fitted to the Flyers since 1921.  These were made and in use long before cotterless cranks became available in Europe where the inferior cottered cranks were almost universally used until the fifties. The CCM Pro Light hubs and bottom bracket are also of excellent quality. 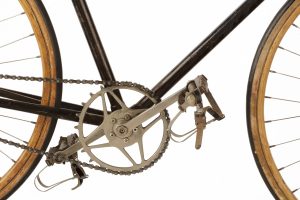 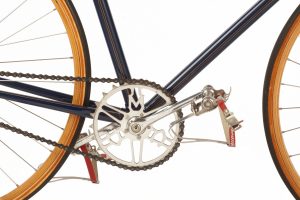 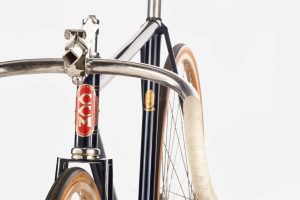 The adjustable handlebar stem was very popular and most racing cyclists of the period used them. They were named after the American World Champion Major Taylor. The saddle is a Brooks leather narrow Sprinter model. 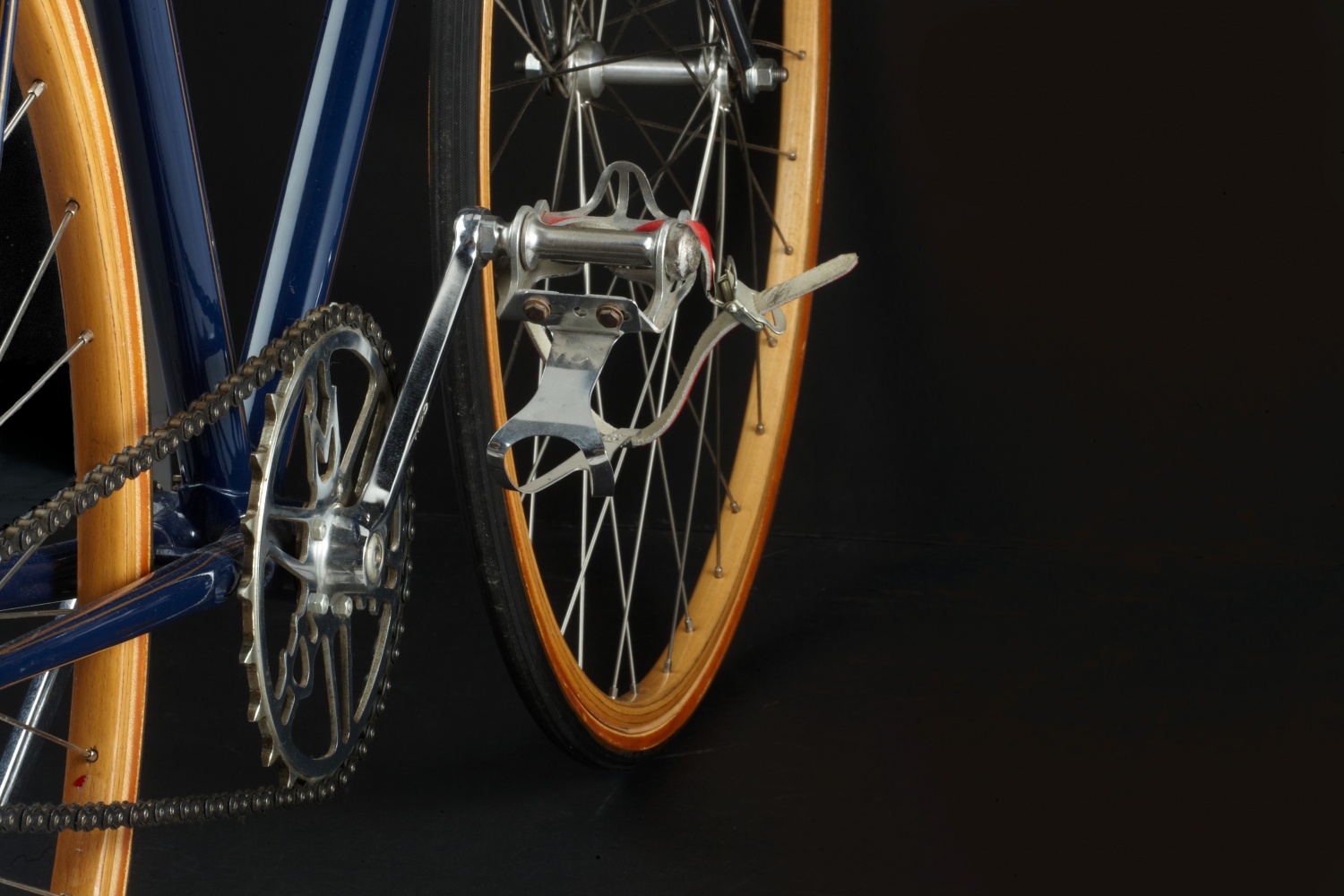 Wood rims were universally used for racing until the early forties when aluminum rims became popular.

The 1951 Flyer was built before the war and stored through the war period and sold when CCM returned to bike production. It is in New Old Stock condition and never been ridden.

A new model Flyer was introduced in 1953, although it was an excellent bike it bore no resemblance to the classic Flyer. CCM closed their racing bike department in 1955. All the stock of frame components including Reynolds 531 tubing was sold off but the purchaser did not make any frames. I bought it and together with John Palmer began building Mariposa frames in 1969. The era of the Flyer, Canada’s most famous racing bike had come to an end. 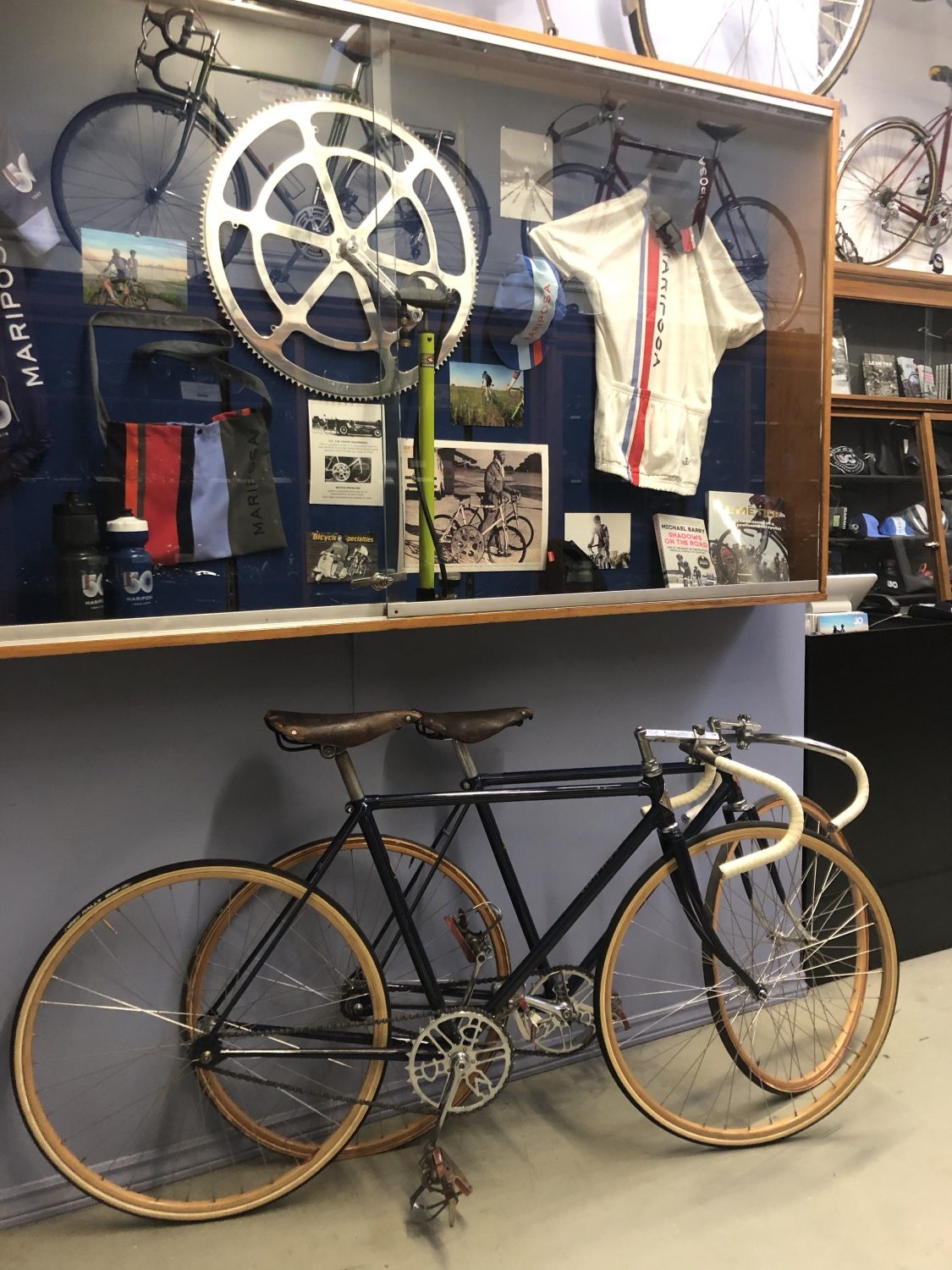 The CCM Flyer in the fore was recently restored in the Bicycle Specialties – Mariposa Bicycles workshop and sold to a customer.

In the Bicycle Specialties – Mariposa Bicycles workshop, we have several CCM Flyers, some of which  are in original and excellent condition, others which we have restored and other that are hanging in the rafters waiting to be built up or restored. If you are interested in purchasing a CCM Flyer, please  contact us at [email protected]

Read more on vintage bicycle in A Life With Bicycles by Mike Barry.