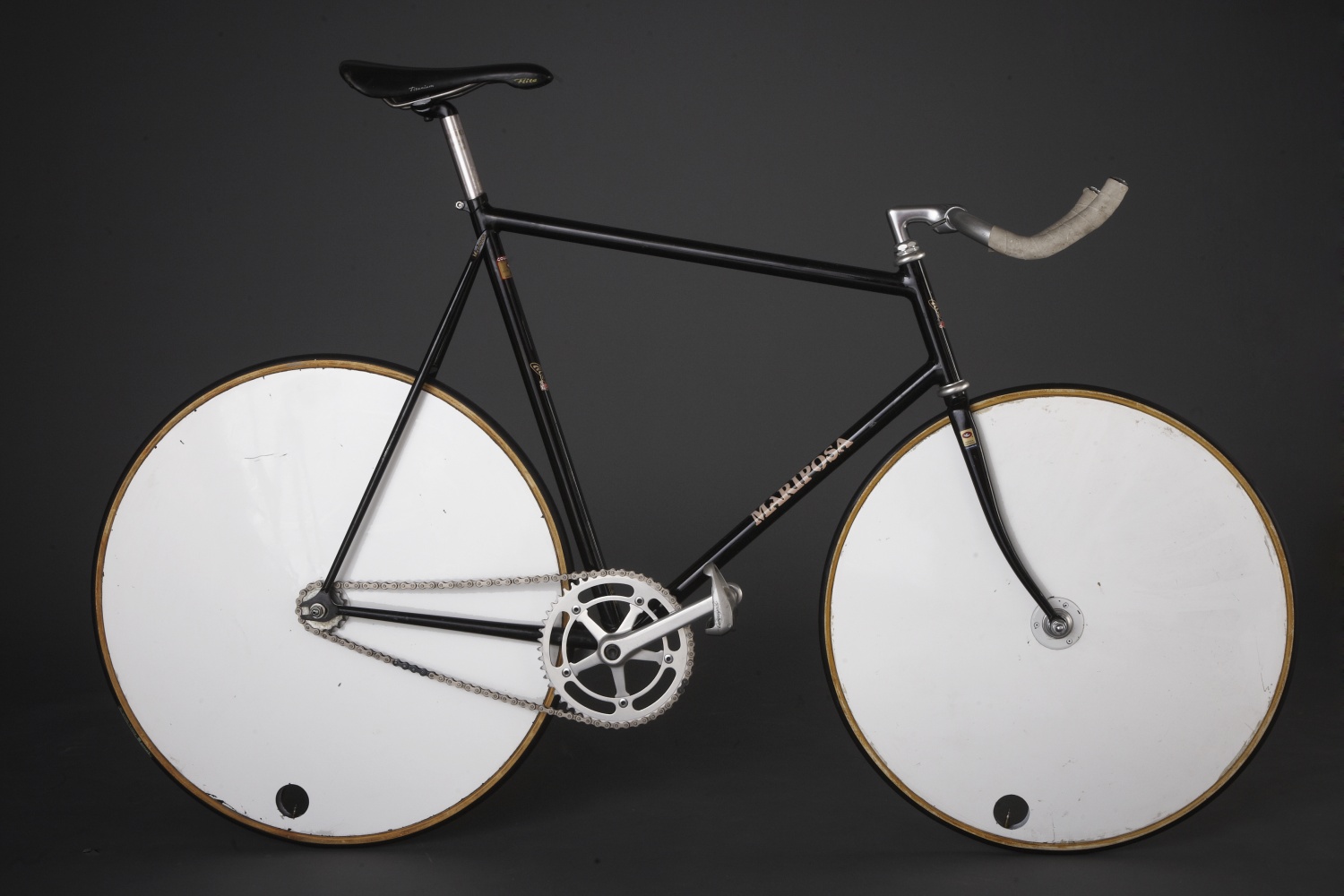 Michael Barry’s low profile track racing bicycle which Mike Sr. built for him in 1992. It was ridden in the 1994 Commonwealth Games in Victoria and in a number of National Pursuit and team pursuit titles. Mike built it with a mix of tubing—all Columbus, some SLX and some KL. It was fillet brazed. Michael had Profile clip on aerobars when he was racing on it. Mike Sr. built another low profile pursuit bike for National team member, Scott Hastie. It was slightly bigger but also jet black. Although they aren’t light, the old Cinelli carbon discs make a unique and lovely whirling sound once they get rolling. 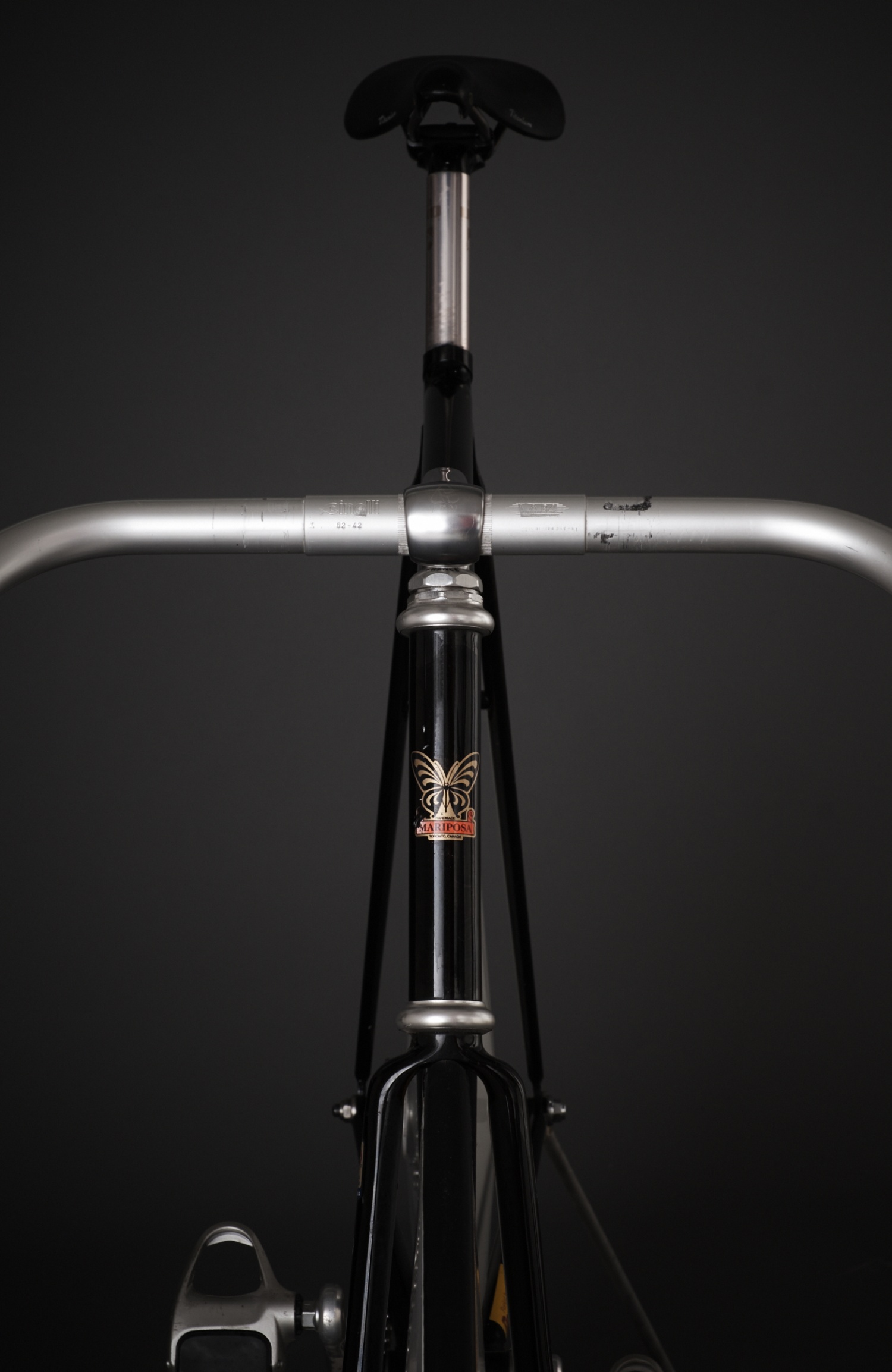 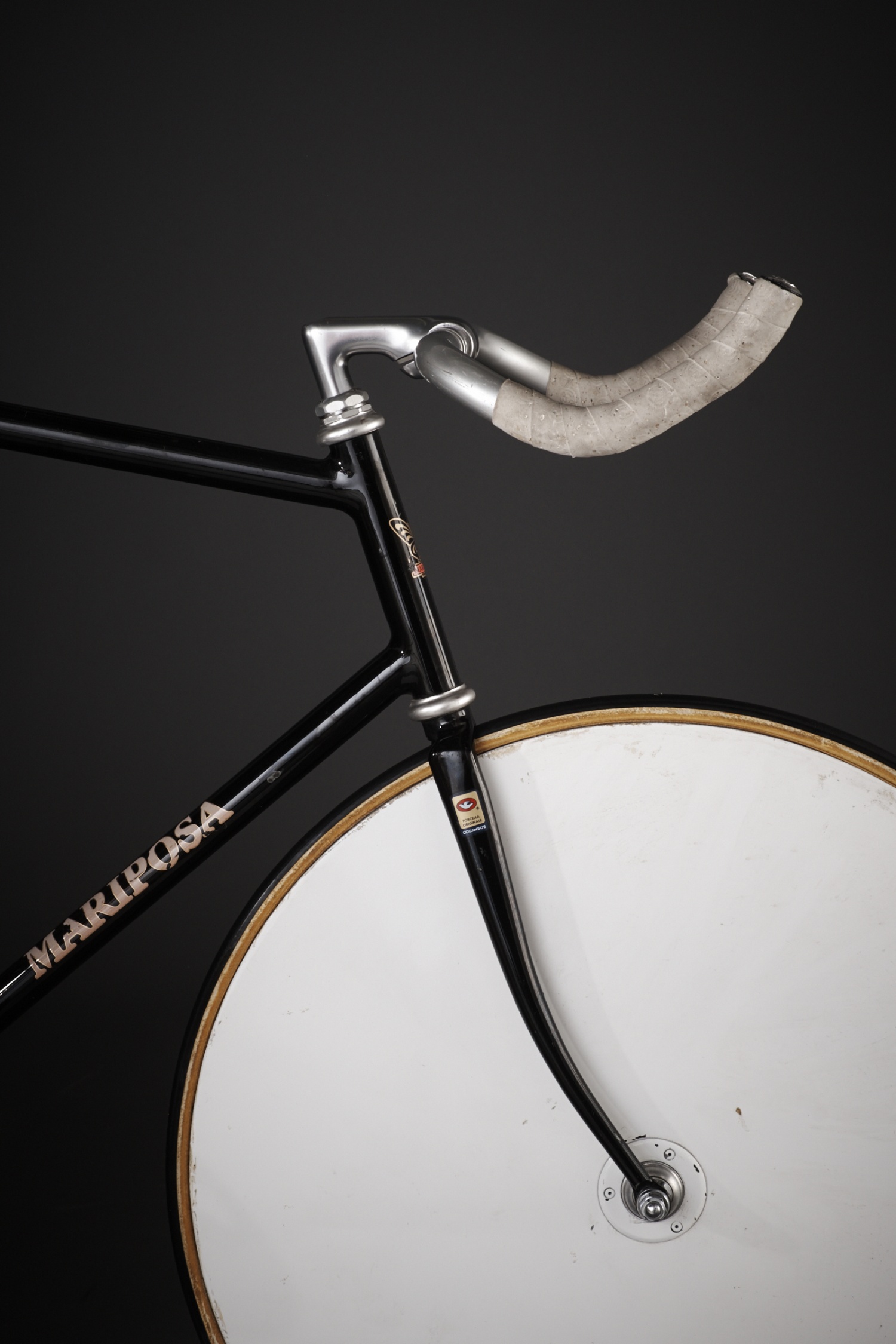 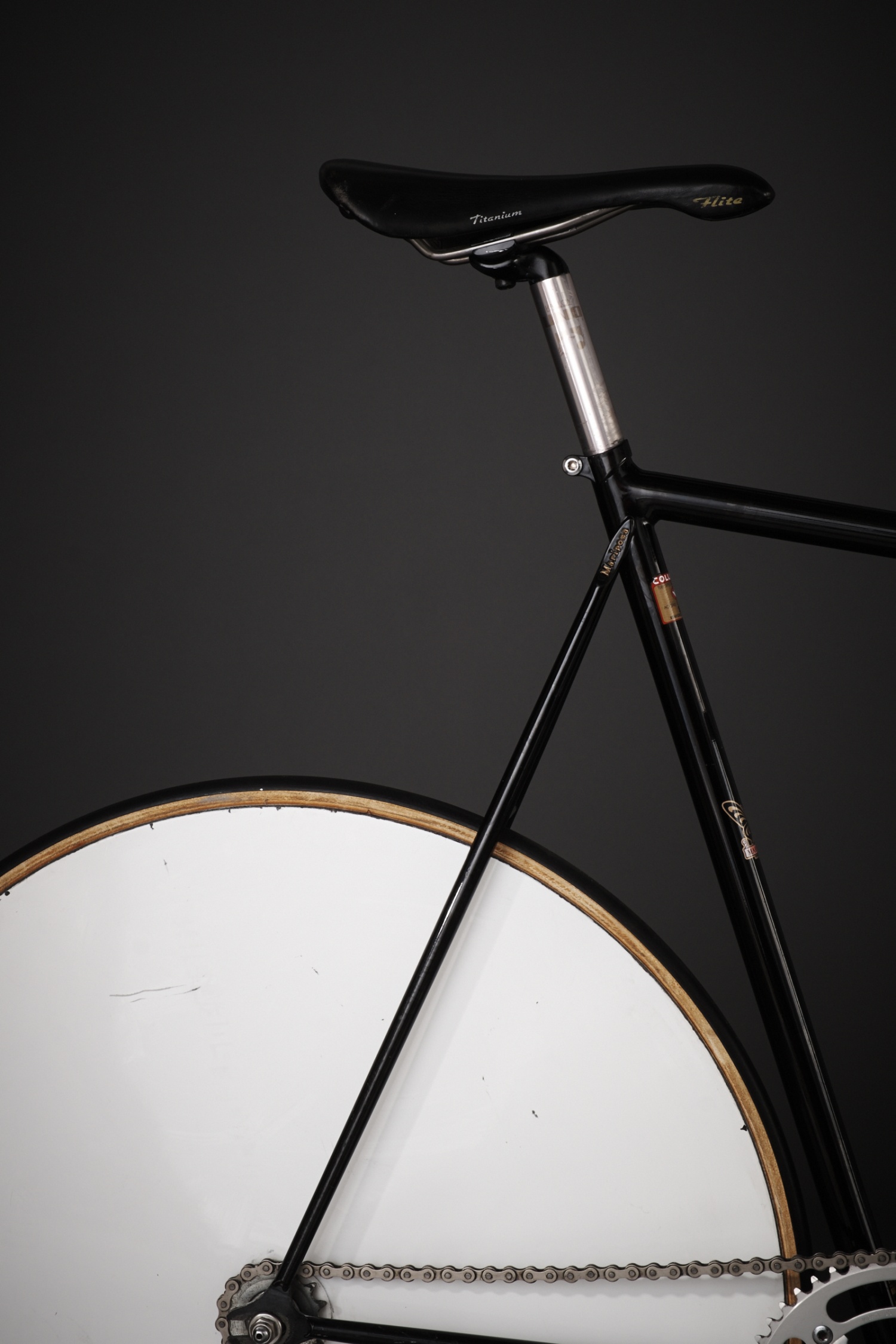 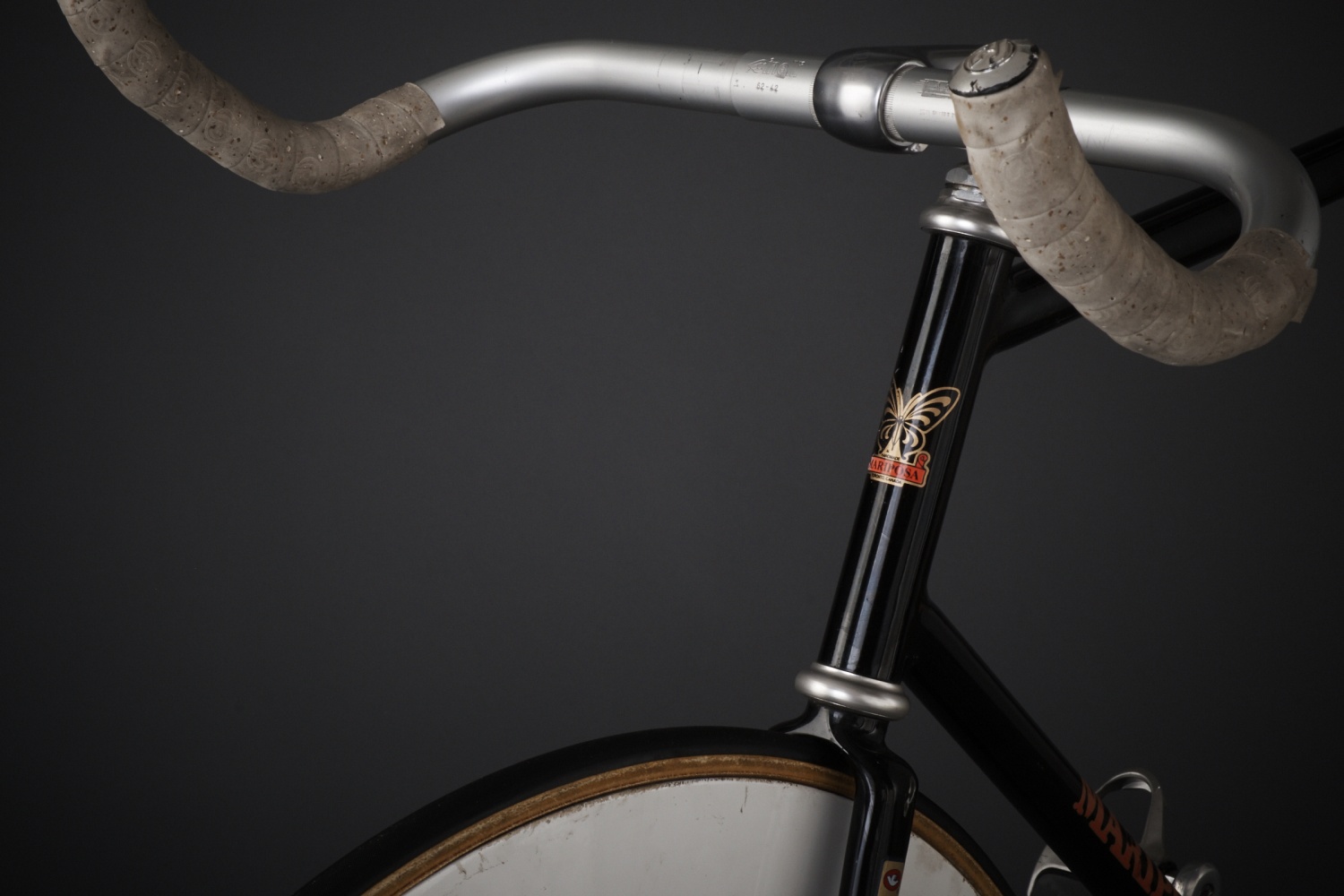 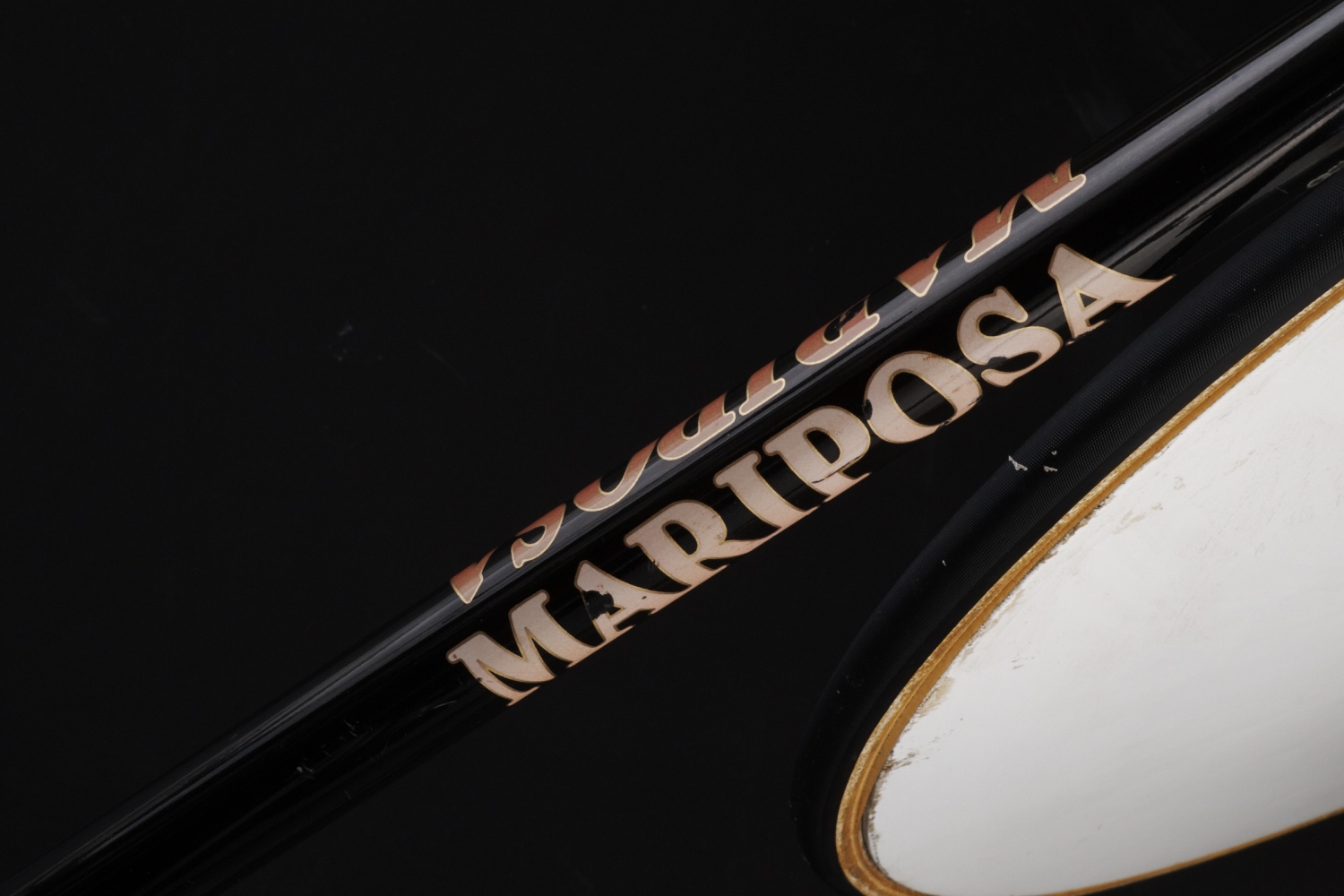 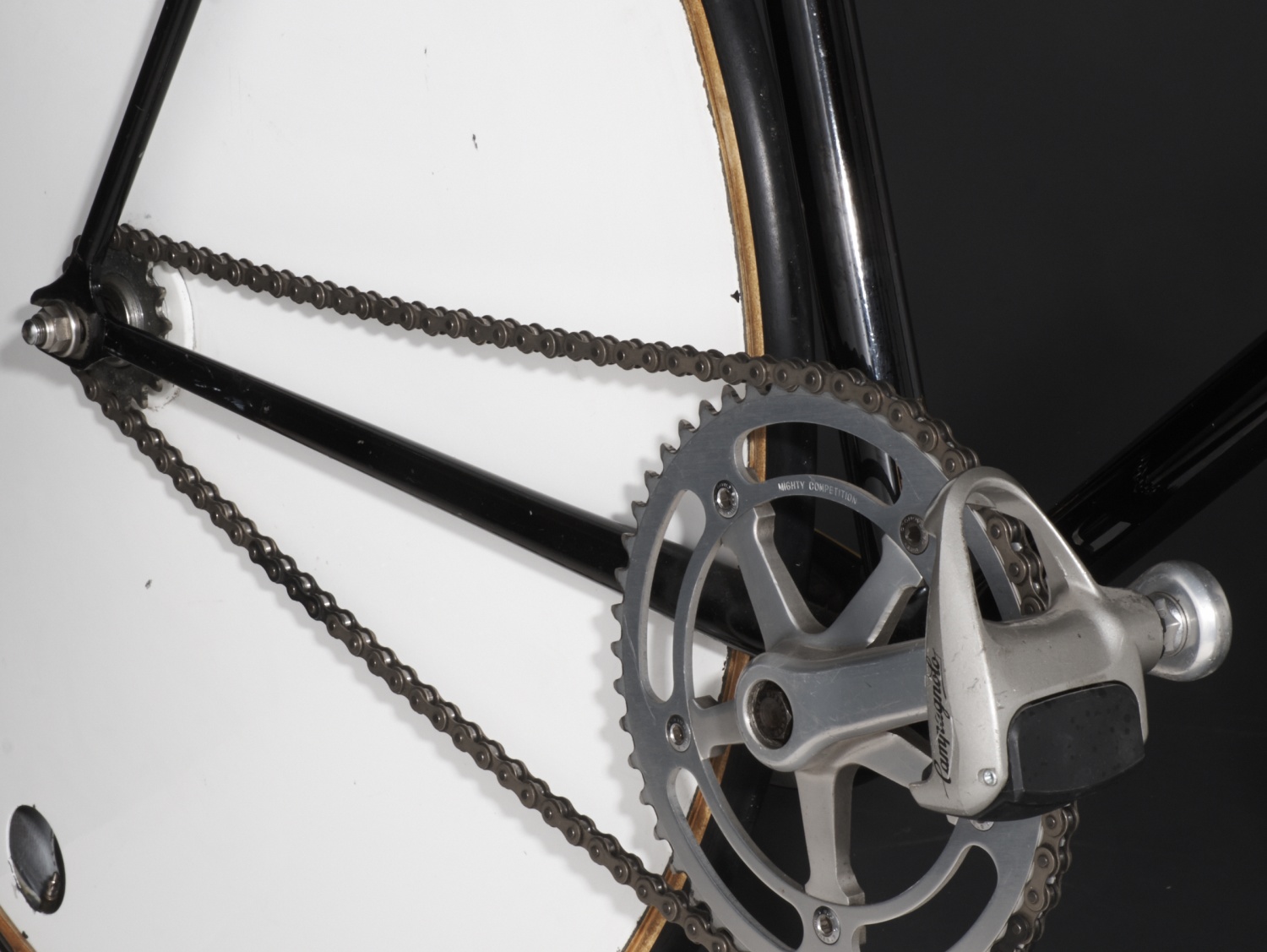