My Love For The Ride 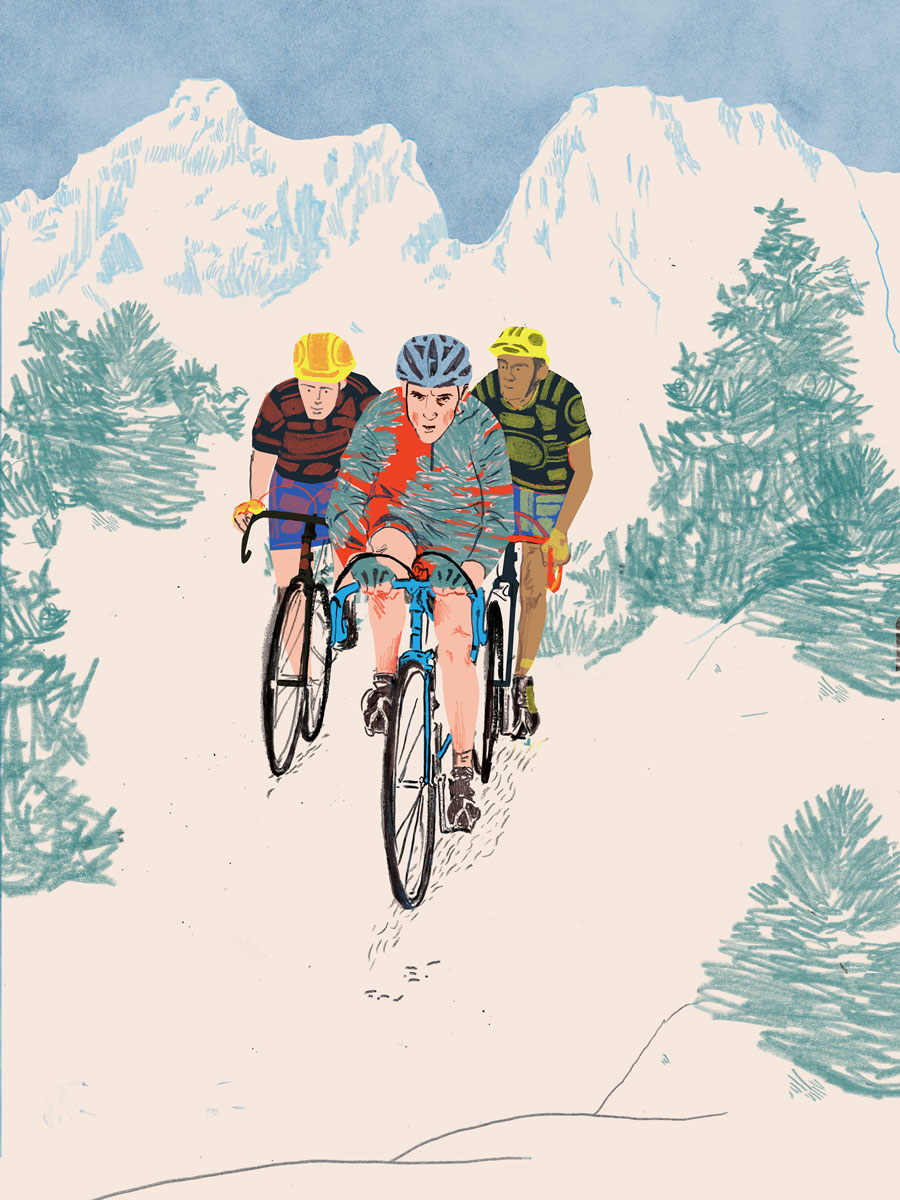 The peloton stretched in a long single line, thrashed through the valley, with Dolomites towering around. Soon we would be deep within them, attacking them, then trying to find a rhythm that would get us to the finish. The commissaire’s car had just pulled ahead of the bunch, with their whistle and flag dropping to signal the official start of the stage. Tucked on the wheel, I dug in. I didn’t want to be there. We were fifteen days into three weeks of the Giro d’Italia and the toughest days were to come. With a long day of racing ahead, I no longer knew if I wanted to race a bike. A veteran in the peloton, I was old enough to handle the workload. My fitness was near a peak, but my mind was uncertain.

After serious crashes I had questioned whether to pursue my chosen life, but after the pain receded my thoughts shifted to climbing back on as cycling was so deep within me. As we sped along the valley floor at the start of the stage, something ached more profoundly. Was I a bike racer or a father? Could I be both? That morning I had said goodbye to my children, one too young to understand why I was saying goodbye and for how long I would be gone, and the other understanding it all and wanting nothing more than to be with his father. During the long racing season, I was gone more than I was home. Soon after the flag had dropped and we were speeding along, in pursuit of a finish line, I saw them cheering fervently at the roadside, dressed in pink Giro t-shirts and standing in a crowd of pink spectators, with my wife and parents. I felt a pit in my stomach and tried to swallow it deeper, as I knew there was a job to do with over two hundred kilometres to race, and what seemed like a range of mountains to climb.

That night, alone in my room, I reflected on where I was going, where my life on a bike had taken me, and what cycling meant to me. After spending my life on a bike, I was now looking back, and seeing it with richer perspective.

The goal was to win bike races right from the day I started reading the European cycling magazines which were piled on the side table in our living room. I was only a young boy and I wanted to be in those pages, a photo of me snapped in action, as I sped over the Poggio with my face covered in grime, the Tifosi animating the scene with their encouragement, their air horns and their fireworks. The desire to win, and to race at the highest level on a continent an ocean away from my home in Canada, incited me to ride everywhere I could; I rode to school, I rode to the shops, and my parents drove me to races across North America, as I pursued those goals. I believed cycling was all about the race, training for it, and winning. It took a long career as a professional to make me realize how wrong I was; the job and the win were secondary to everything else that the sport gave me.

The most memorable moments were not determined by a result but by the experience whether on the team bus after racing over cobbles or climbs, out on a quiet country road alone, or on a seven hour ride with friends. To pursue finish lines for decades, through rain, muck, searing heat, or injured, there is something deeper that drives the cyclist even for those who are racing to get off the farm, out of the mill and into the limelight. Ultimately, pro cycling is more than just a job.

Read the article: purchase this issue of Soigneur Cycling Journal