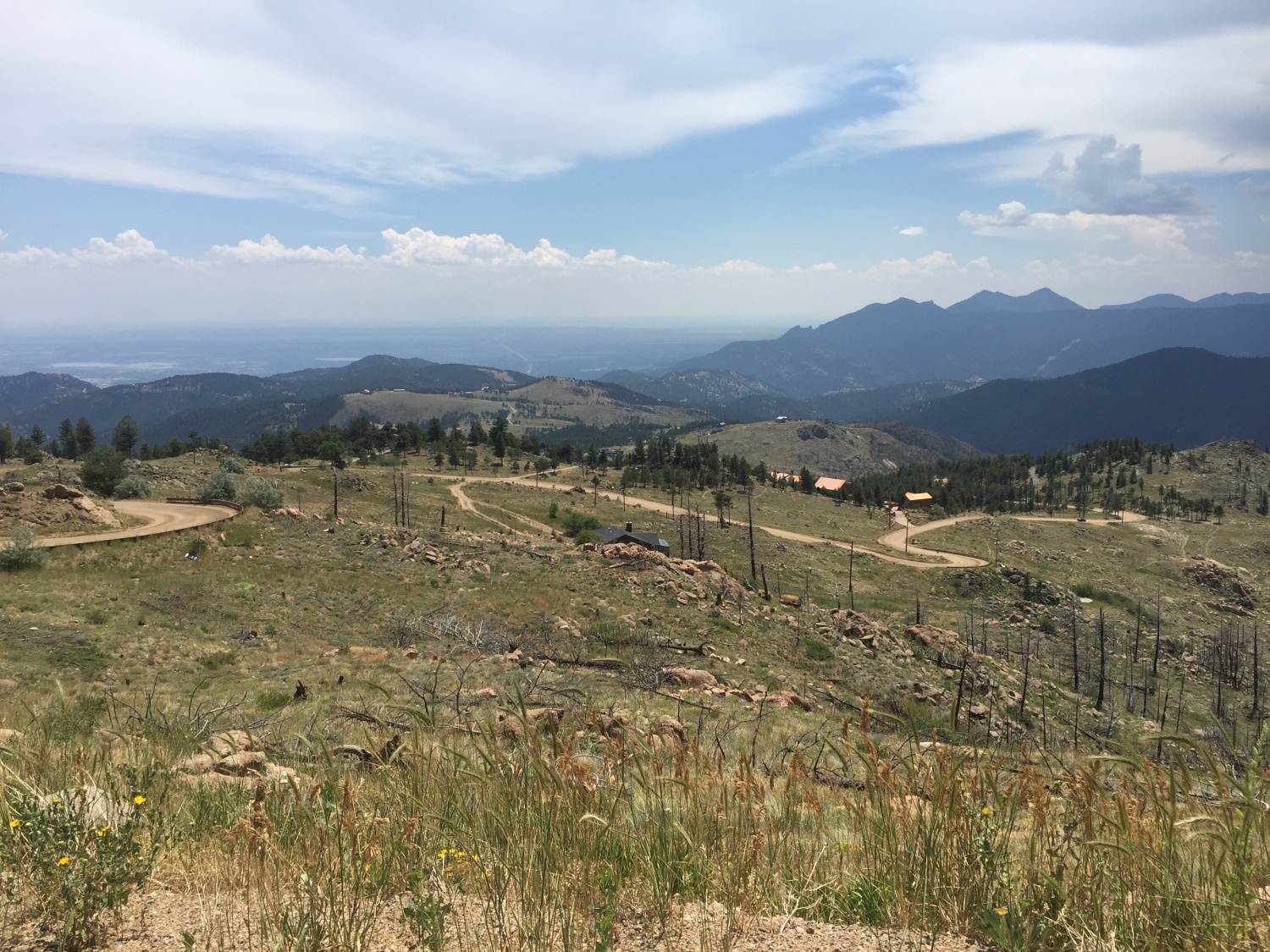 We’ve spent much of our lives traveling the world by bicycle and there are not many places in the world that can compete with Boulder’s cycling roots, routes and community. On many levels, it has been the epicenter of cycling in the USA since the 1980s. The university town of 110,000 people, has a vibrant, active and innovative population and lies at the base of the Colorado Rocky Mountains. Heading west from the town centre, the roads climb to the snow capped 14,000 foot peaks; to the east there is expansive prairie farmland that stretches to the horizon.

In the 1980’s many of the top American professionals who rode for Team 7-Eleven, the first North American team to compete in the Tour de France, lived in Boulder, CO as did many of the best women cyclists, including 1984 Olympic Champion Connie Carpenter Phinney. Today, the mountain roads, the altitude and the liberal town continue to draw cyclists from all over the world.

In March 2017, Rapha opened a store with their affiliated Cycle Club, in Boulder. In late July, Rapha asked Michael and I to attend an event to celebrate the Tour de France and participate in a women’s cycling challenge, Rapha Women’s 100. Having lived in Boulder for over a decade, it was nice for us to see how the town has changed, how it hasn’t and to reconnect with old friends.

Over three days we rode several of our favorite routes in the mountains. Each day, we ascended on gravel and tarmac to nearly 10,000 ft of altitude, stopped for snacks at the local cafes, and descended down.
The Rapha Cycle Club is inclusive, as anybody can join the rides. The rides are led by accomplished cyclists, several who have raced at the highest level. Along the way, the ride leaders keep the group together and gave helpful advice. The clubhouse/shop serves coffee and pastries as the group meets and when cold drinks and savory food as they return.

For the women’s 100, two routes were offered, one west in the mountains and one in the rolling hills North of the city. 45 women joined the mountain route, which climbed over 5,500 feet on a combination of pavement and gravel. The route, made tougher by a storm along the peak to peak highway, was challenging, but fun. The majority of the group stuck together in spite of the rain and mud. We challenged ourselves and supported each other and kept it fun, stopped for snack and drinks en route in Jamestown and Gold Hill. When we reached Boulder, we cooled and cleaned the mud off our legs in the Creek, while enjoying a beer or two. A post ride pizza party at the Rapha cafe capped the day off perfectly. 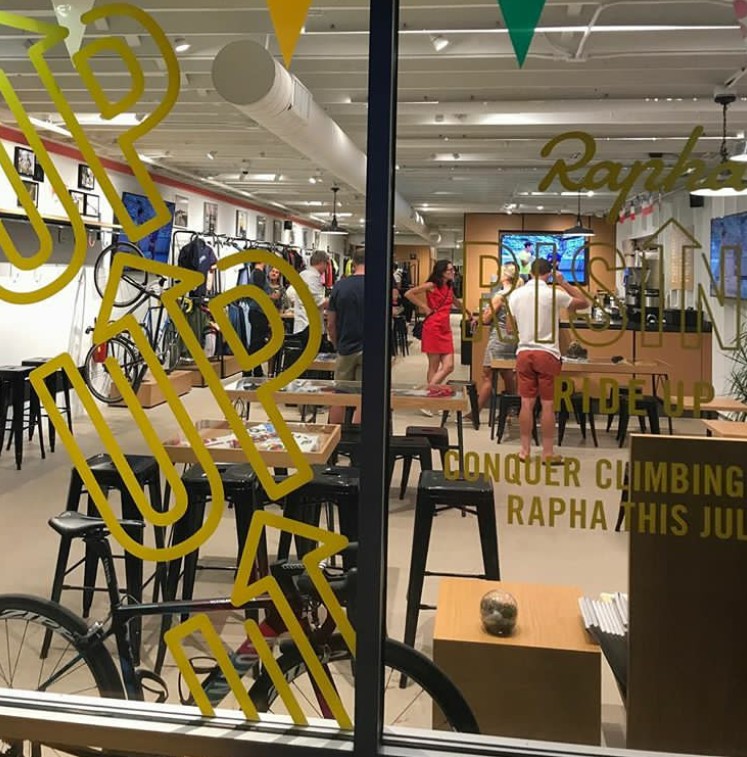 Rapha Boulder has an excellent atmosphere, is a community hub and offers inclusive rides. 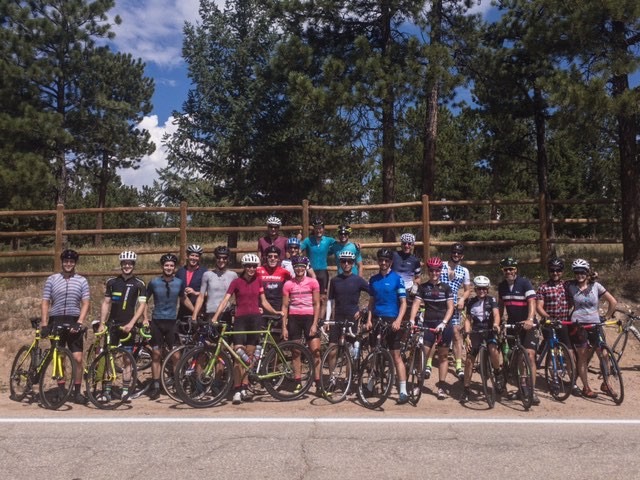 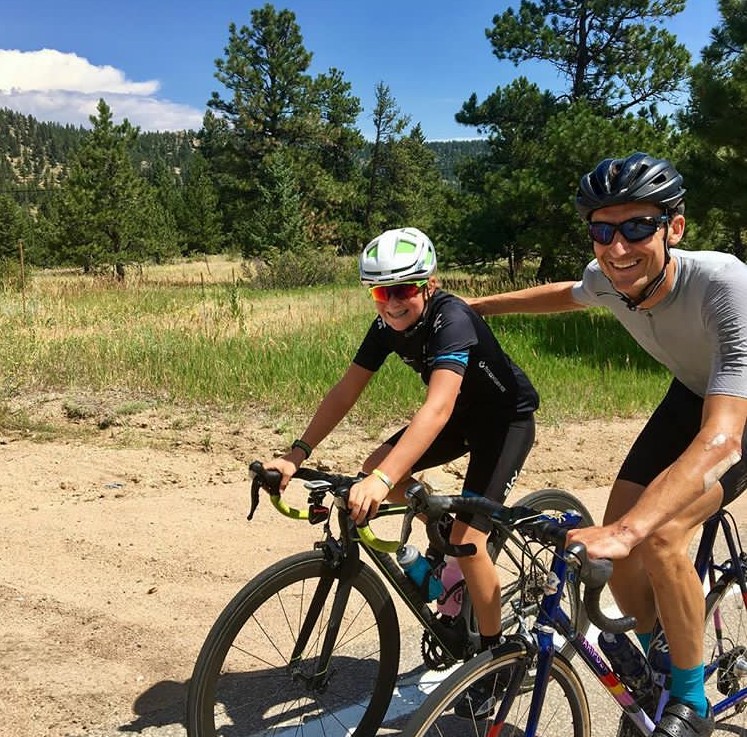 We loved riding with this young fella. Pretty sure he was the first 12 year old to ride the mountainous (6,500 feet of climbing), gravel loop and he did it with such class and ease on the climbs and descents. 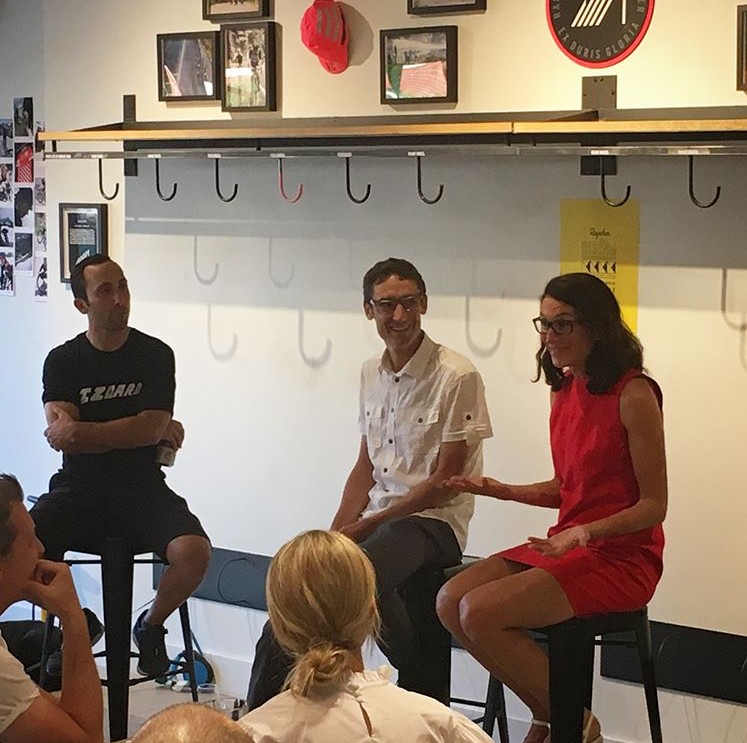 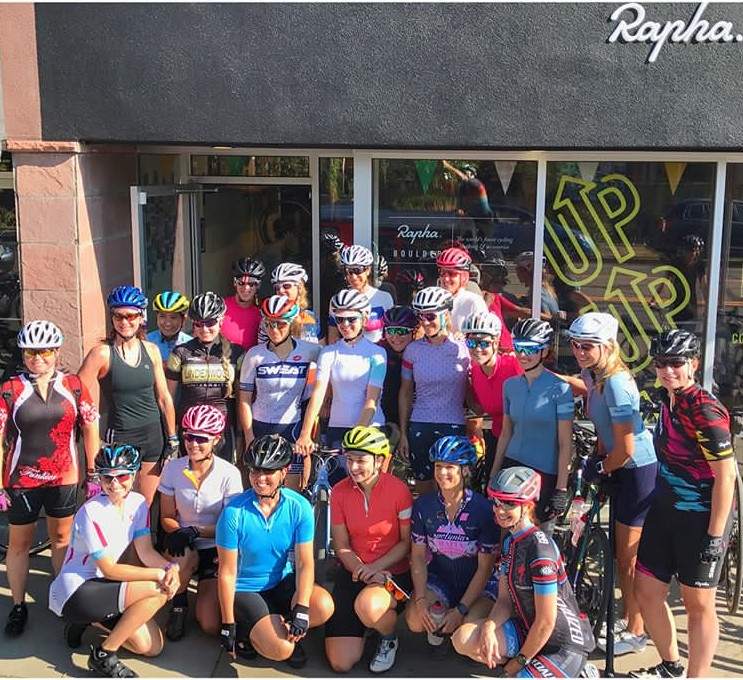 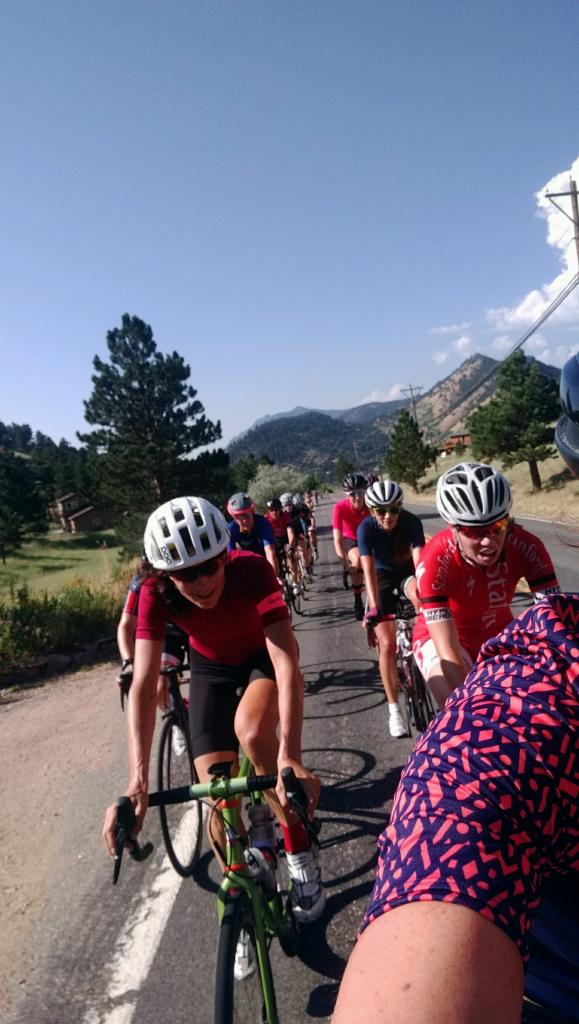 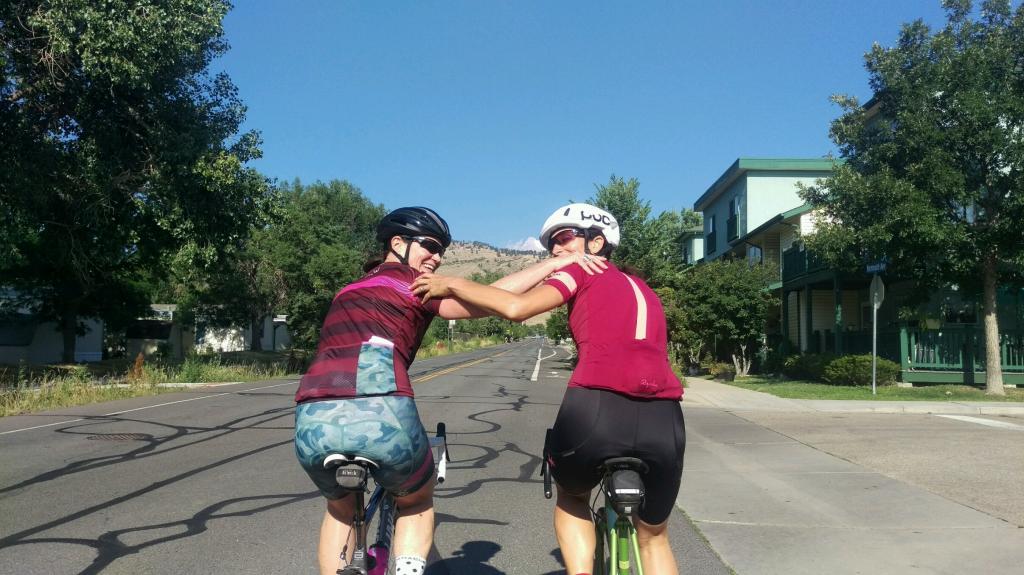 It was great to reunite with old friends. 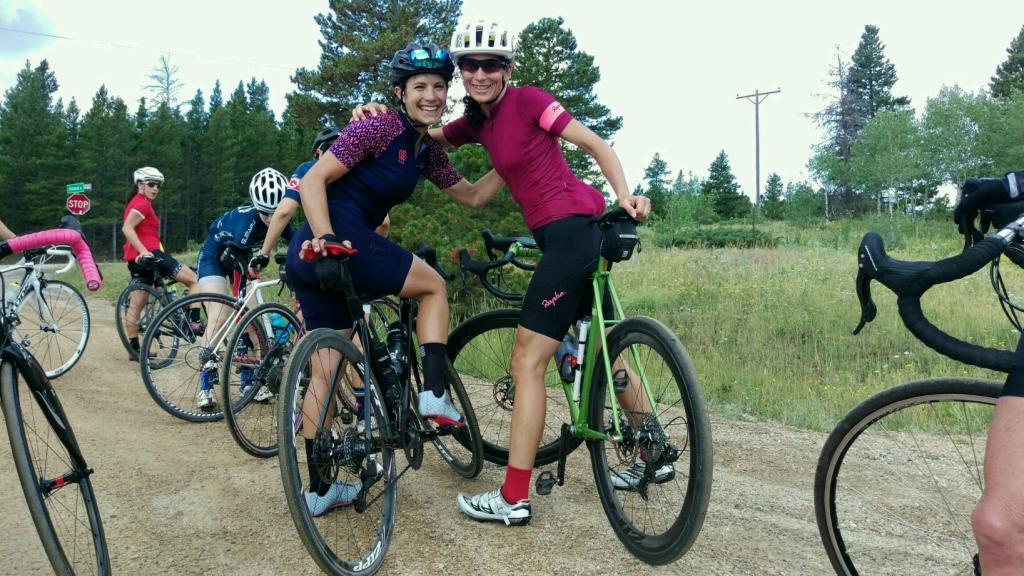 And lovely to meet new friends. Photo by Liz Barecheck 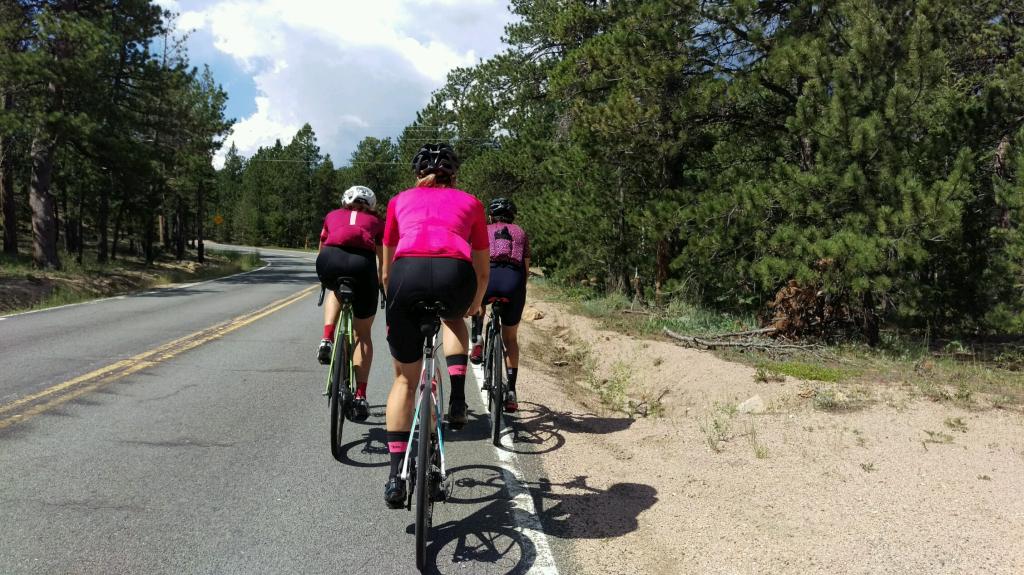 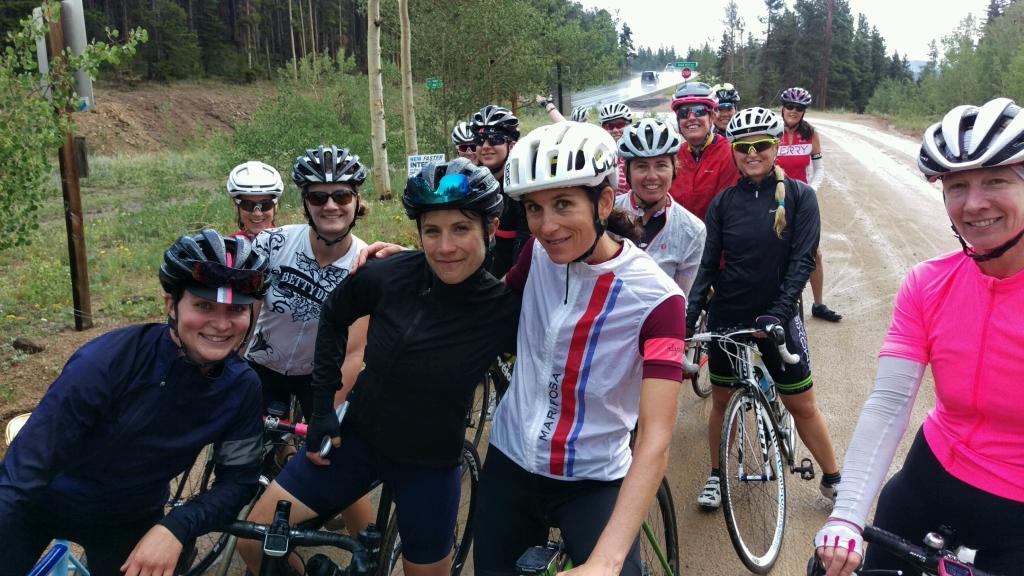 On the Peak to Peak Highway, we weathered a mountain storm. 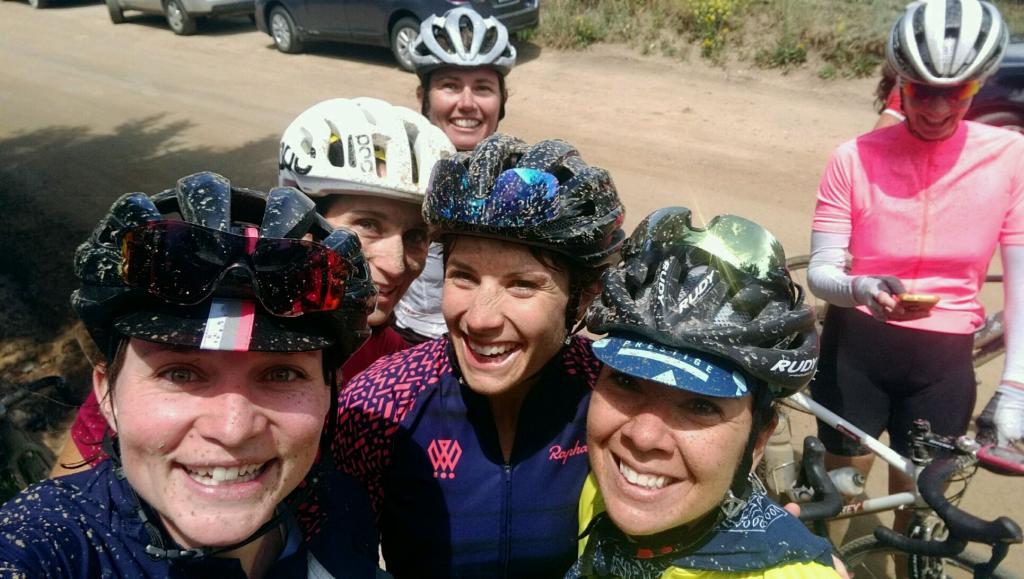 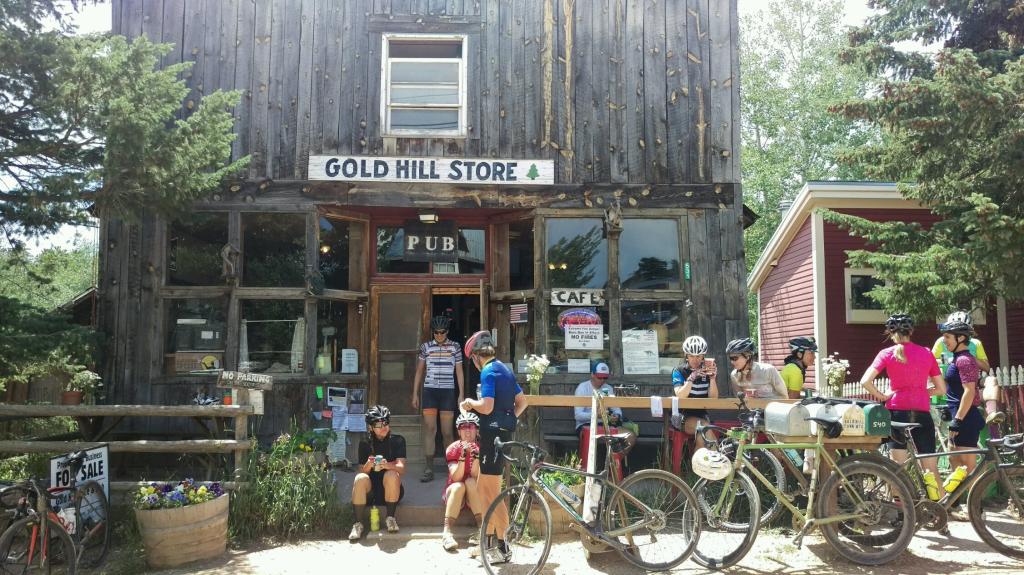 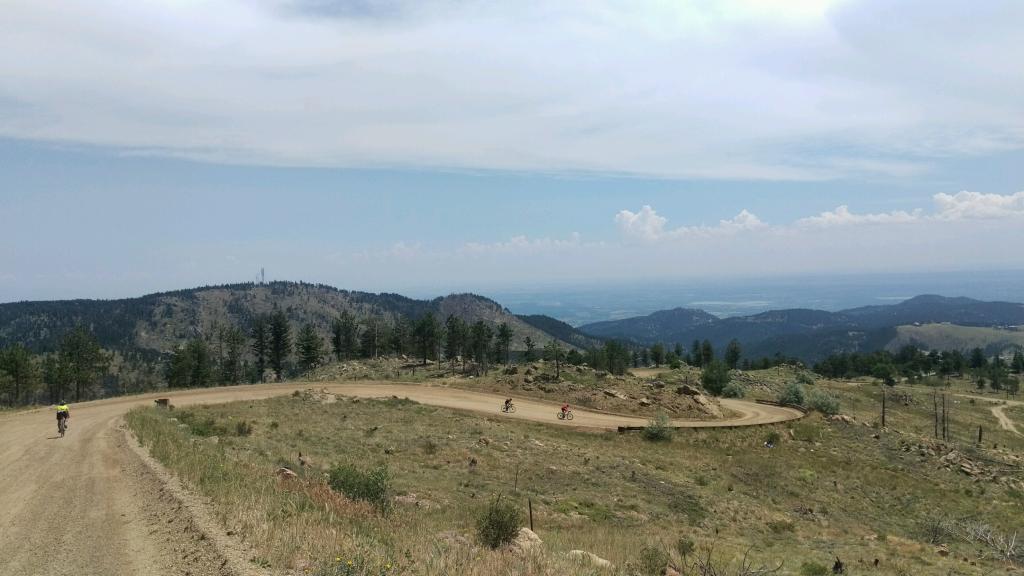 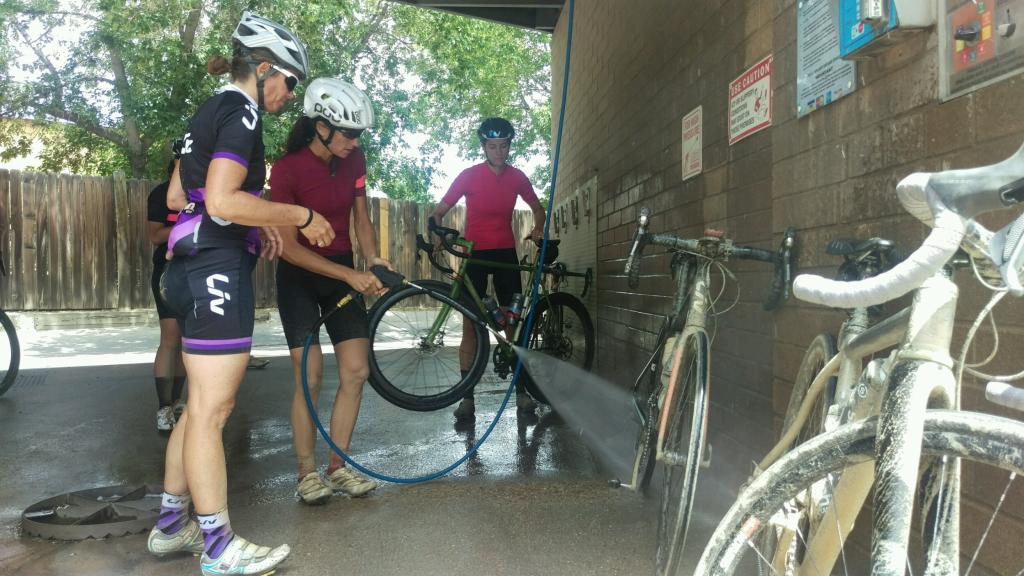 Washing the mud off our bikes. Photo by Liz Barcheck

Boulder Creek, cooling the legs and enjoying a beer. Photo by Liz Barcheck 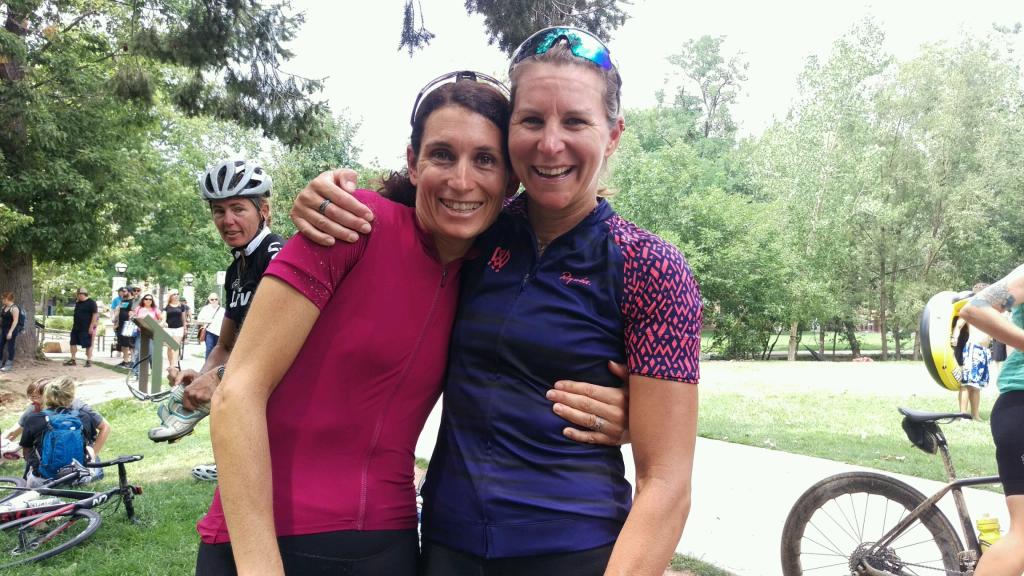 Thanks to former teammate and Rapha Ride Coordinator, Meredith Miller, for leading the rides on some fantastic routes. 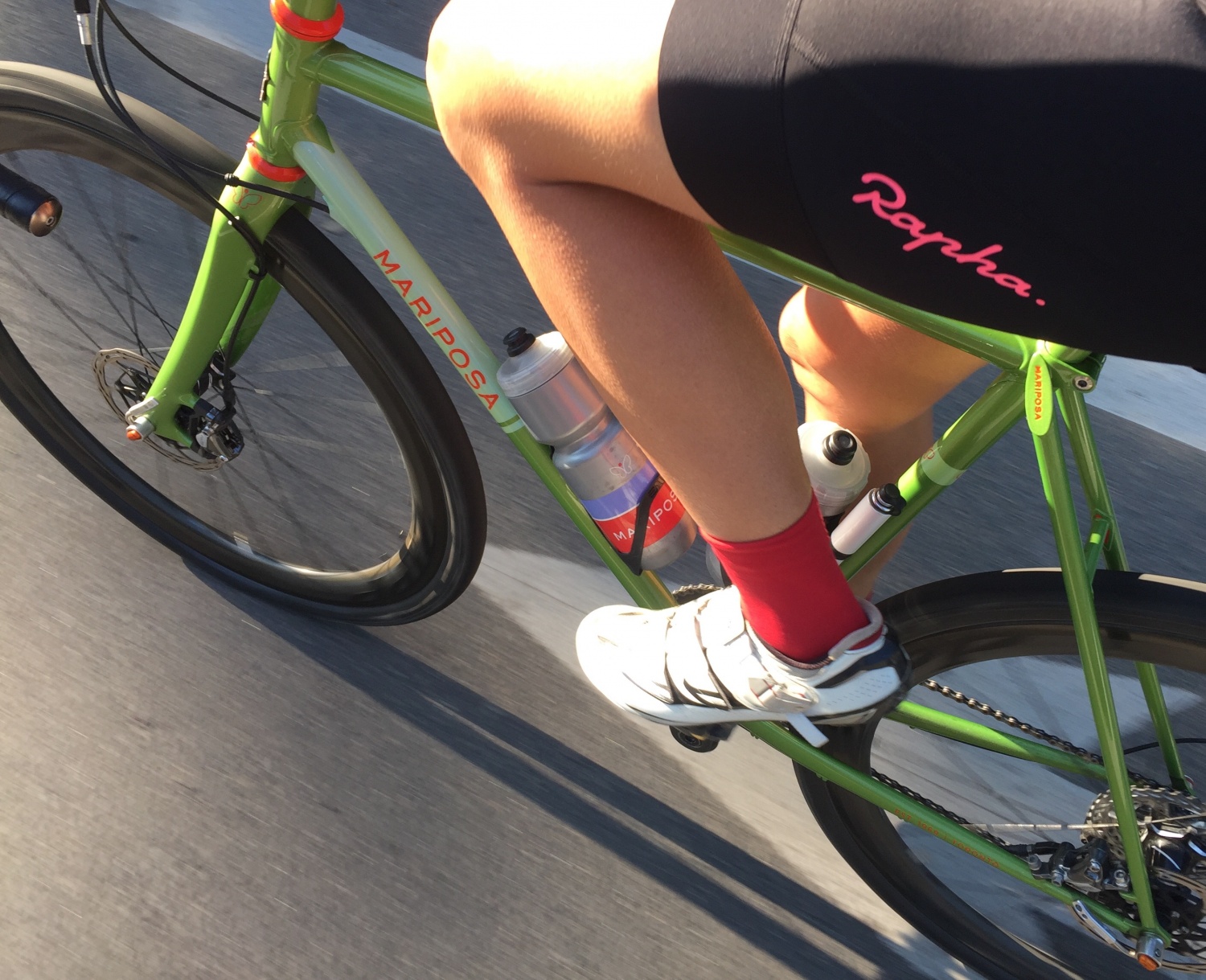