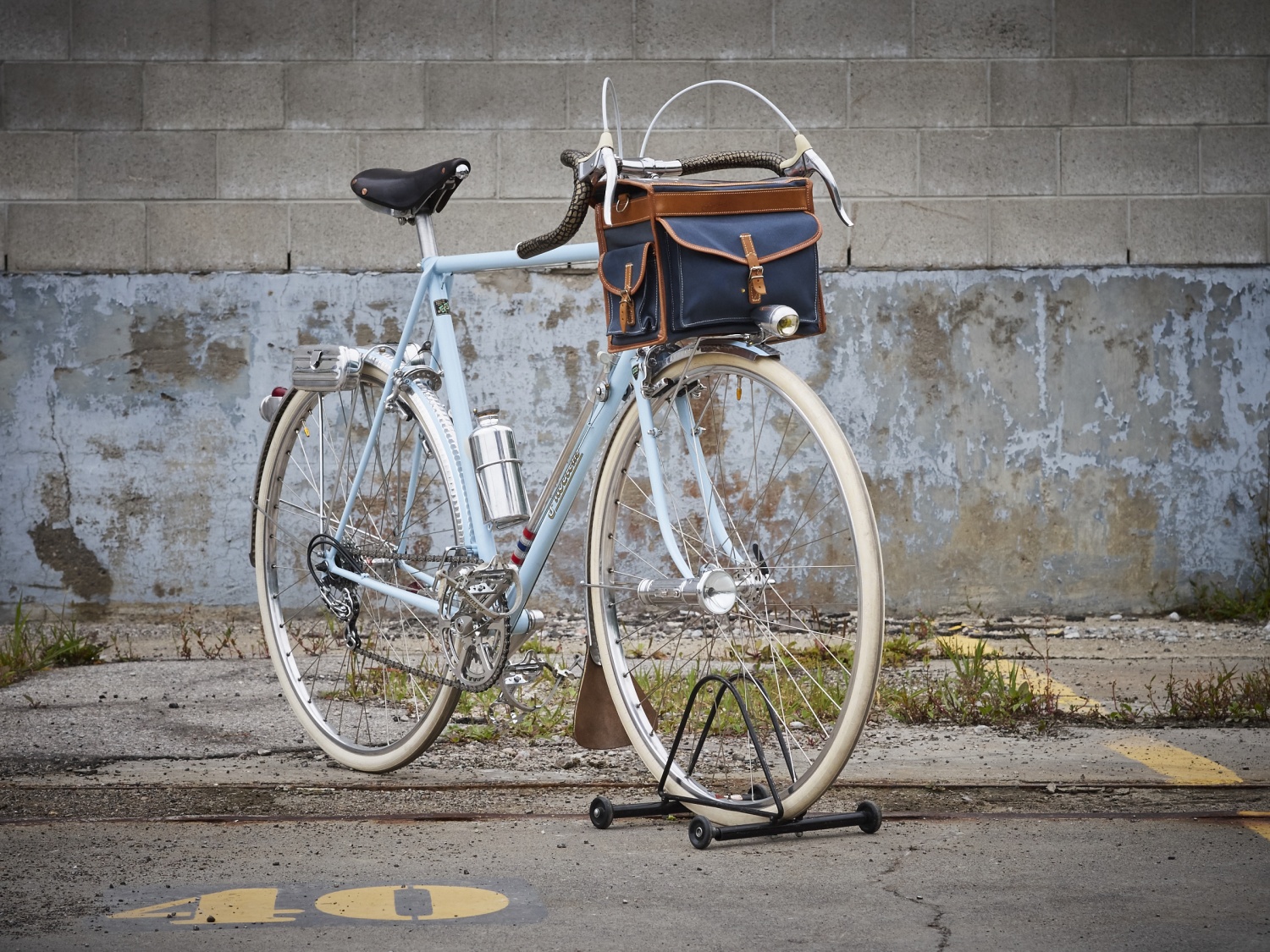 Old bikes or just parts and frames, broken or bent, rusty and worn, often come in the shop for repair. Some require a paint touch up, others a new top and down tube, others a new back end while some just need new grease and cables. The most interesting bicycles are often the old french touring, randonneur and city bikes, with their unique carriers, parts and design. These bikes are nicely made, functional, not overly ornate, and simple in design—as a bike should be made. When I lived in France, I collected many that I found at junk sales and bought from farmers. The bikes had been ridden consistently for decades, the patina of many years of cycling is visible where the owners legs rubbed the top tube, use had sunken the leather saddle and the sun had faded the paint. To get to the shops in downtown Geneva, I used an old V.B.F. (Velo Bien Fait), I bought at a thrift shop for 40 FF.

Based in Grenoble in the 1940’s, Jo Routens was known around France to make some of the finest French randonneur bicycles. As an eight year old boy, I visited his shop with my father on a tandem trip we took from Grenoble to Marseille. At the shop, we bought an orange long sleeved wool jersey with the Routens logo across the chest. Kids’ jerseys were hard to find in North America, so this was a little treasure. I don’t remember much of the shop but I do remember the Routens frames and bikes my Dad carried in the 80’s in his Toronto shop, Bicyclesport.

Several months ago, a good friend and customer, brought in two beat up vintage Routens frames for us to restore. One needed a new chain stay, some dents filled, a hanger for the front derailleur, the dropout replaced, and the fork straightened and fixed, while the other pretty much had all the same problems but it also needed a new handmade front derailleur. Routens made their own unique push-pull front derailleurs which were operated with one cable that ran in a continuous loop to and from the gear lever. He wanted the bicycles restored to have a similar look to the Routens in Jan Heine’s book, The Golden Age of Handbuilt Bicycles.

The rear carrier was also unique to Routens—it’s a simple design with two small boxes on either side. With the boxes removed panniers can be fitted and, I guess, a rain jacket could be strapped with a bungy cord to the top. The frame has a few interesting features Routens included: the rear brake cable runs through the top tube and seat tube to the front facing rear brake, the fork crown is a shop made twin plate, the seatstays are attached to the top tube instead of the seatlug, and there are reinforcements on the down tube by the bottom bracket shell.

Restoring the old bikes is a lot or work, often more than making a new one, but the work is enjoyable and challenging. Many of the bikes, including the two Routens, are over half a century old. W orking on them, I often think of all those kilometres they’ve been ridden, through the French countryside and beyond. I imagine what they looked like when they were first purchased, how their owner sat on them as he or she pedalled, how the wear creeped into the paint, and finally how they were damaged. I wonder why the builder did certain things and if they work better than other options: like run the cable through the seattube, or put gussets to strengthen the bottom bracket. I wonder if certain parts or the frame had been brazed late in the day, as the workmanship isn’t quite as good it is in other spots. I imagine the Routens workshop, a hive of activity with stacks of tubing, half finished frames hanging on the wall, dust and grit on benches and in the air, timelines and deadlines, the aroma of flux and, maybe cigarettes heavy over the benches, and Frenchmen chatting over the rhythmic grind and cut of the files and saws.

In 1975 while on early season tour of France with my wife, Clare, we were traveling by car rather than by bikes. The trip included a few days skiing on the Col du Tourmalet in the Pyrenees and we stopped in Grenoble to visit the Routens workshop. I’d seen some of the Jo Routens bikes and wanted to see if we could buy some of his frames for sale in our Toronto shop.

During our walk through the city streets it became quite obvious that Jo could not have made all the bikes bearing the Routens name. Very few were like the Jo Routens frames that I had seen. Most were inexpensive city bikes that were made by one of the large manufacturers and had Routens decals applied.

On arriving at the interesting shop, we were met by Jean-Paul Routens, Jo’s son who made us very welcome and was pleased to receive our order for ten randonneur frames. We went out to dinner with him and really enjoyed hearing about his father’s business and exploits on the bike. Jo, we discovered was more or less retired and spent most of his time riding the Alpine passes that are easy access from his home in Grenoble.

The next day we were invited back to the shop to visit Jo. I spent a very enjoyable few hours talking bikes and cycling. My very poor French and Jo’s non-existent English stretched the hours, as did the other bike riders that dropped by for a chat. We sat in the workshop and I was shown frames and bikes that Jo had built incorporating his hand made front derailleurs, gusseted bottom brackets and hand made bag supports and carriers. Jo obviously loved his life in cycling and bikes.

Jean-Paul was an amateur racer had some success in motor pace racing on the Grenoble Velodrome. His business interests turned to mountain bikes and he transformed the company into a distributor of mostly MTB equipment. He distributed his own JPR range of components including seat posts and pedals that we imported and sold through our Bicyclesport store in Toronto.

The ten frames that we had ordered were nicely made but I suspect that they were not made by Jo in his small and interesting workshop. They sold well however we decided to concentrate on building Mariposas. 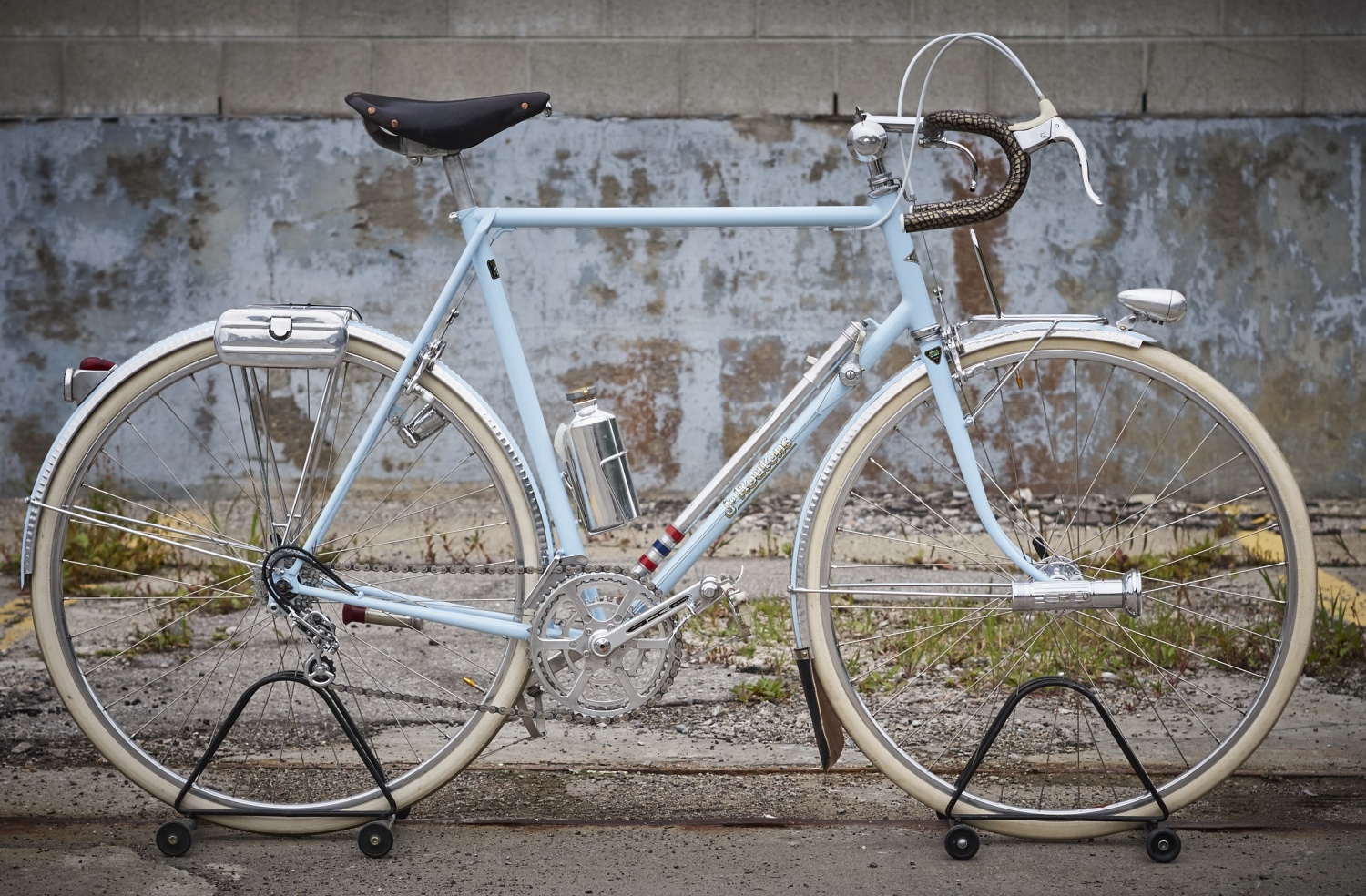 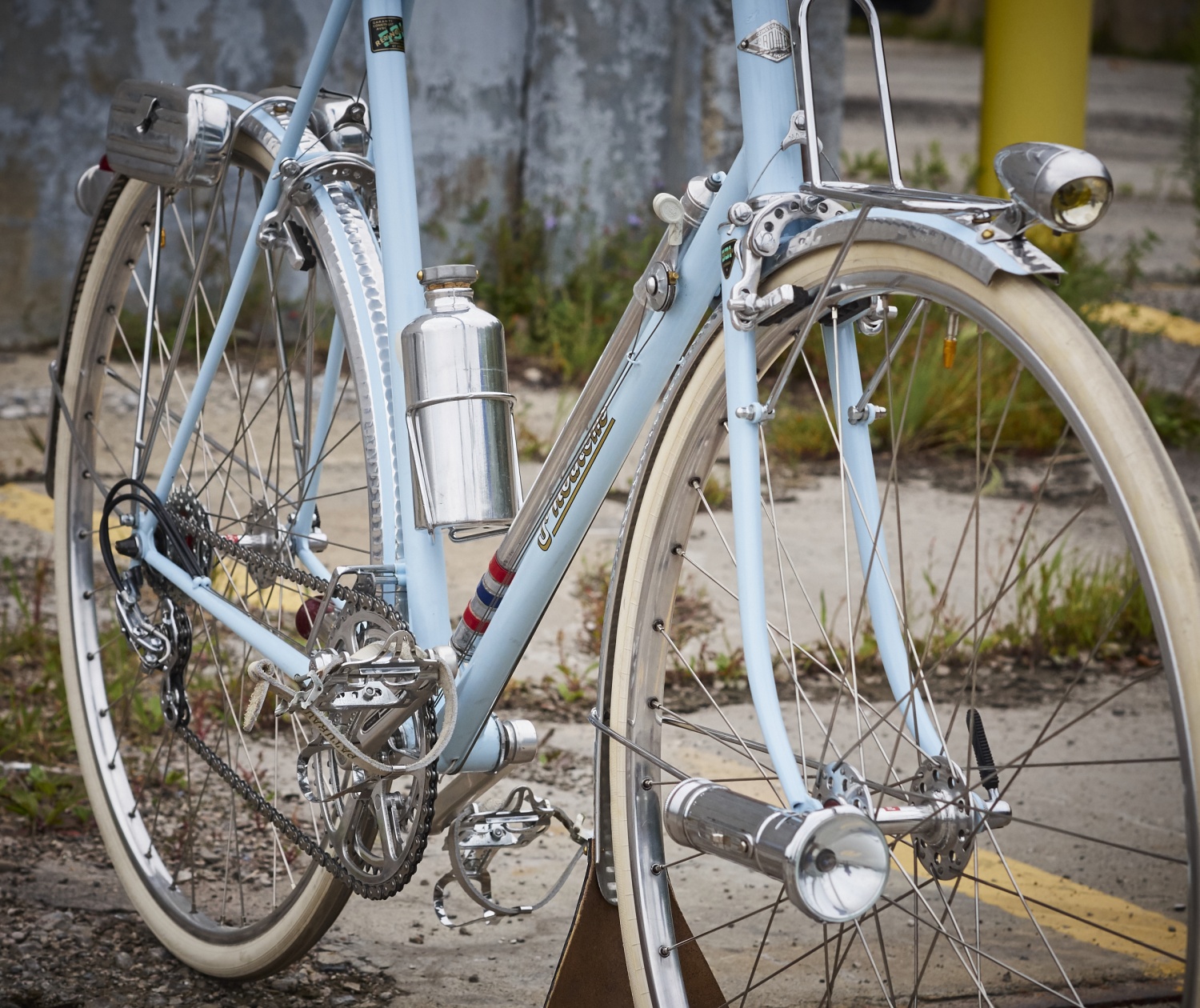 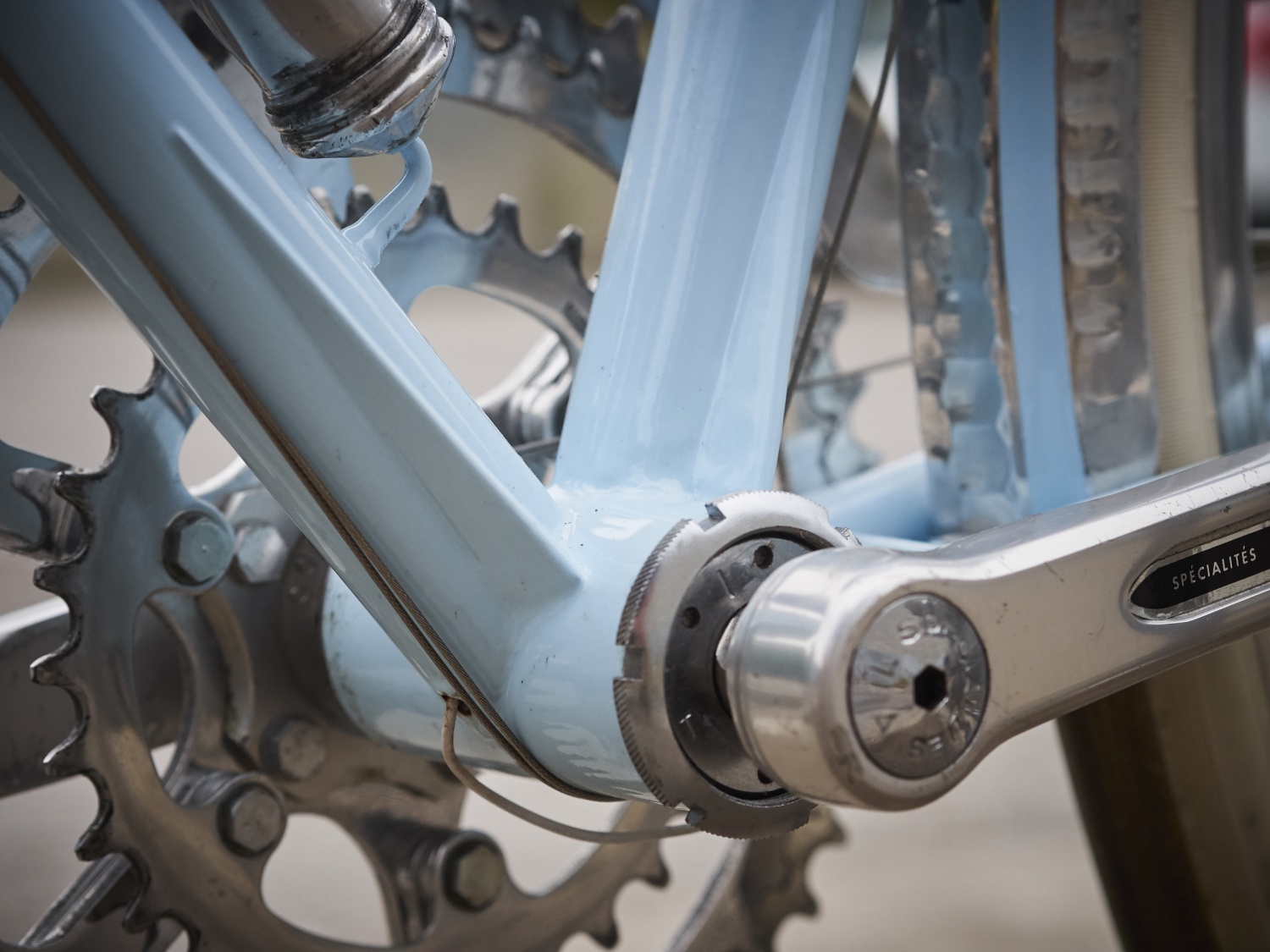 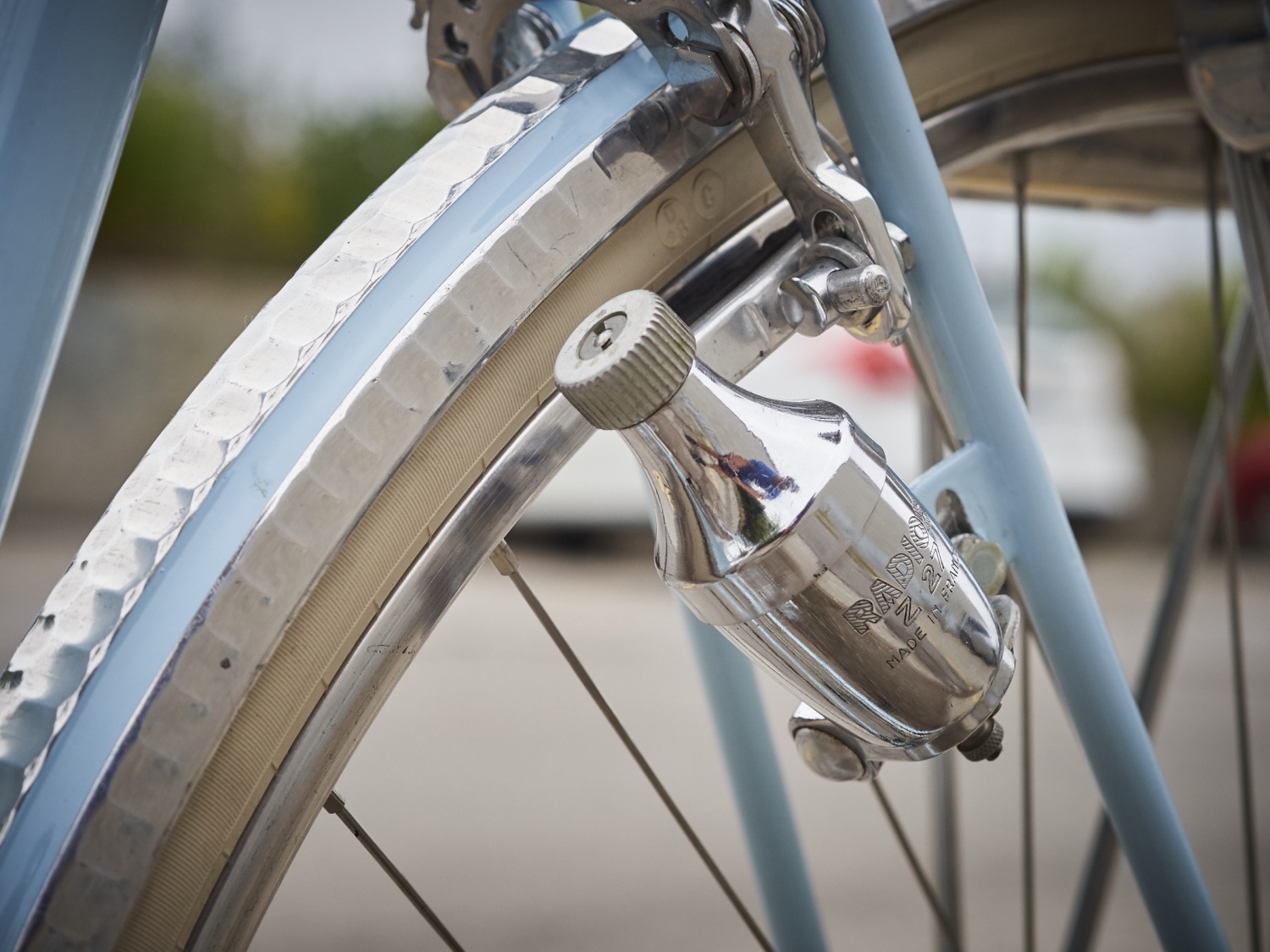 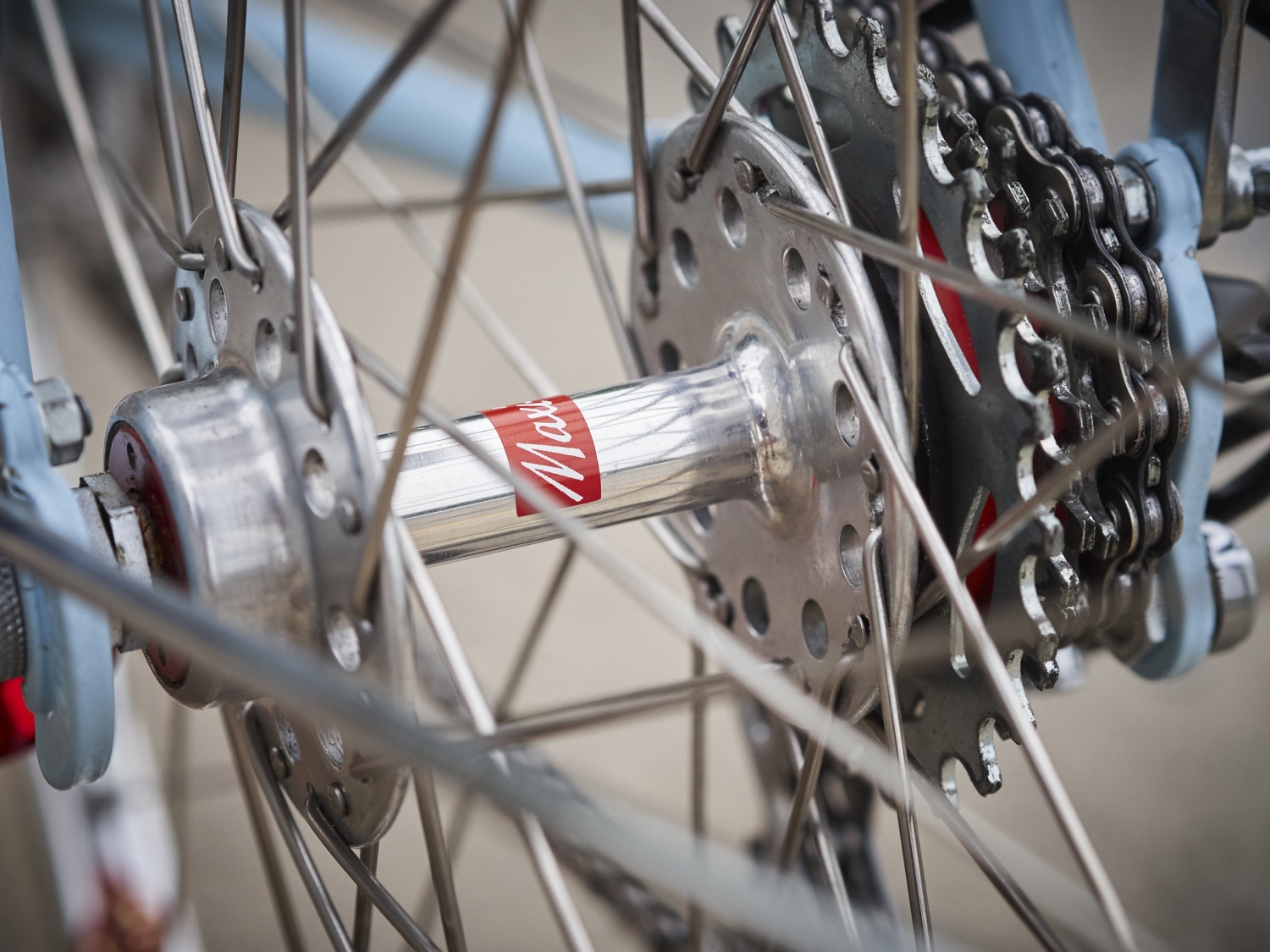 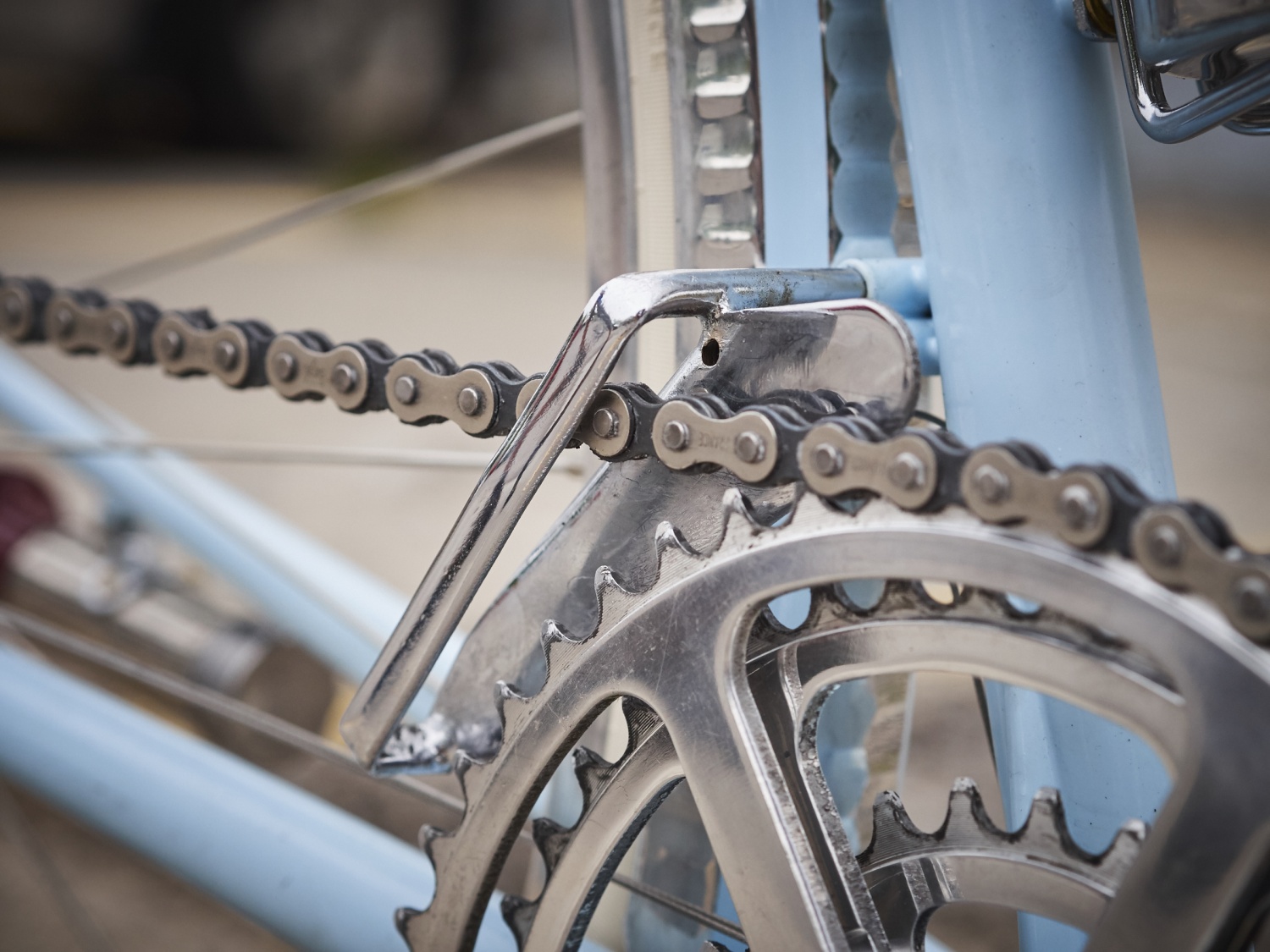 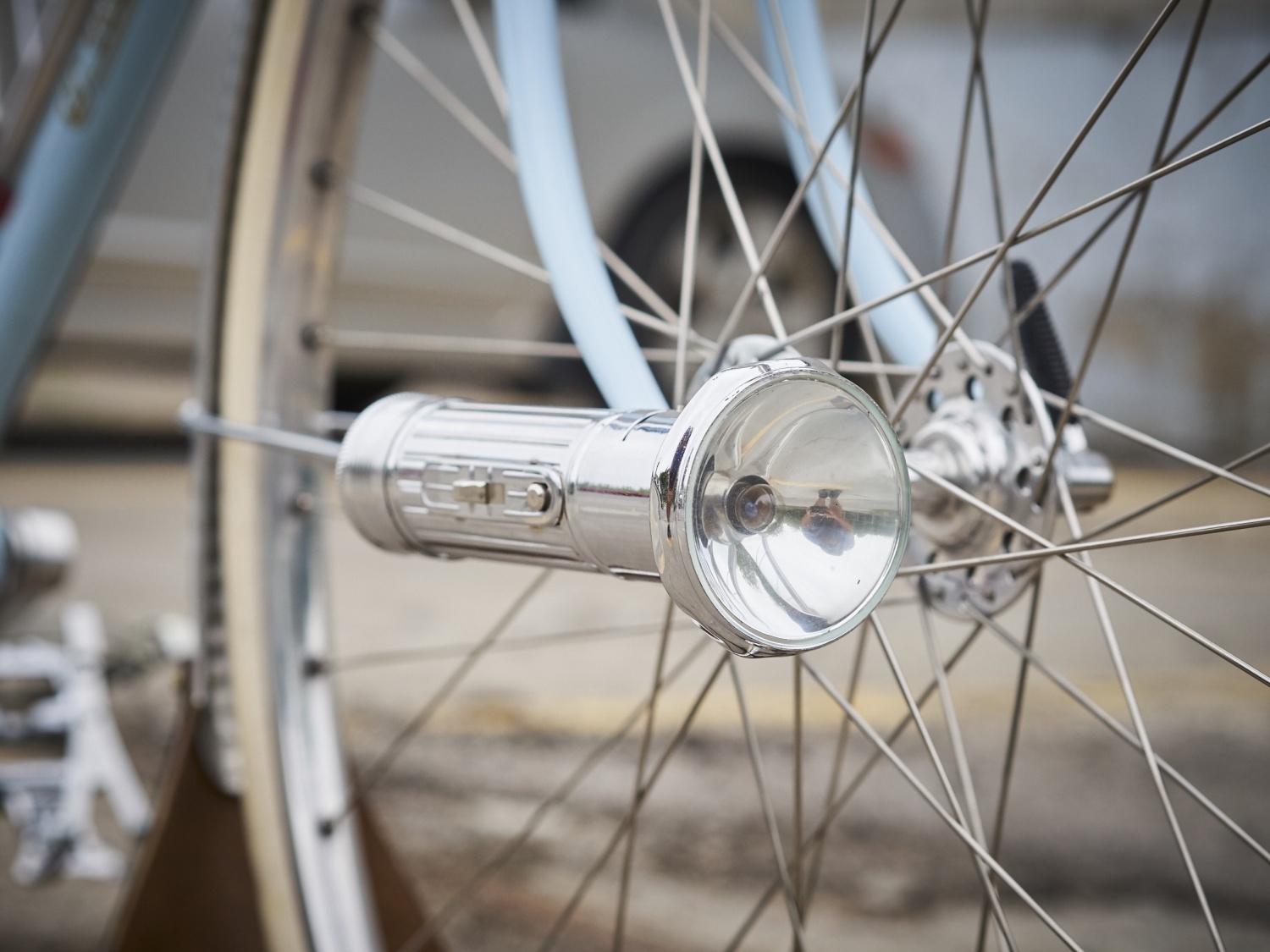 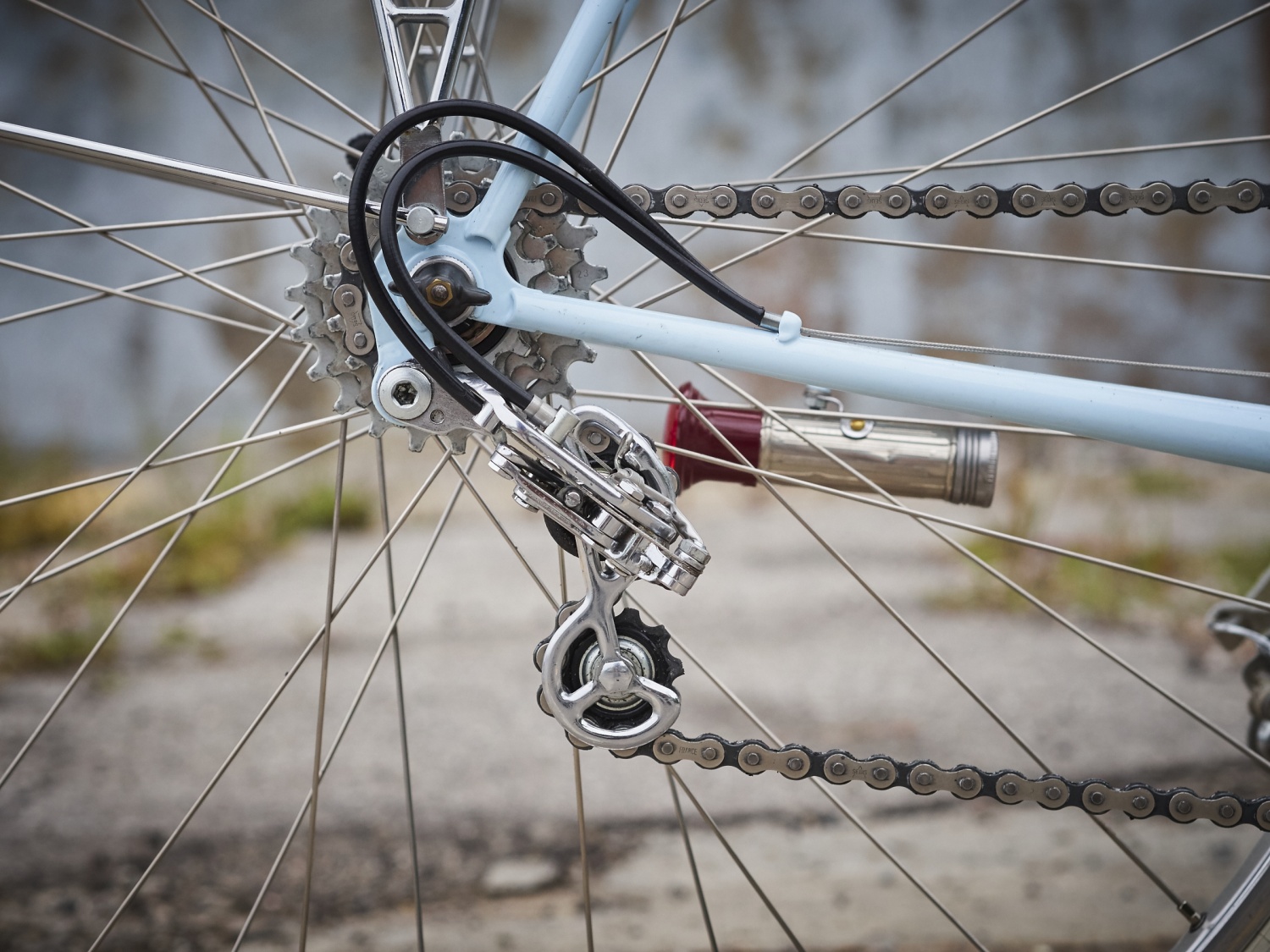 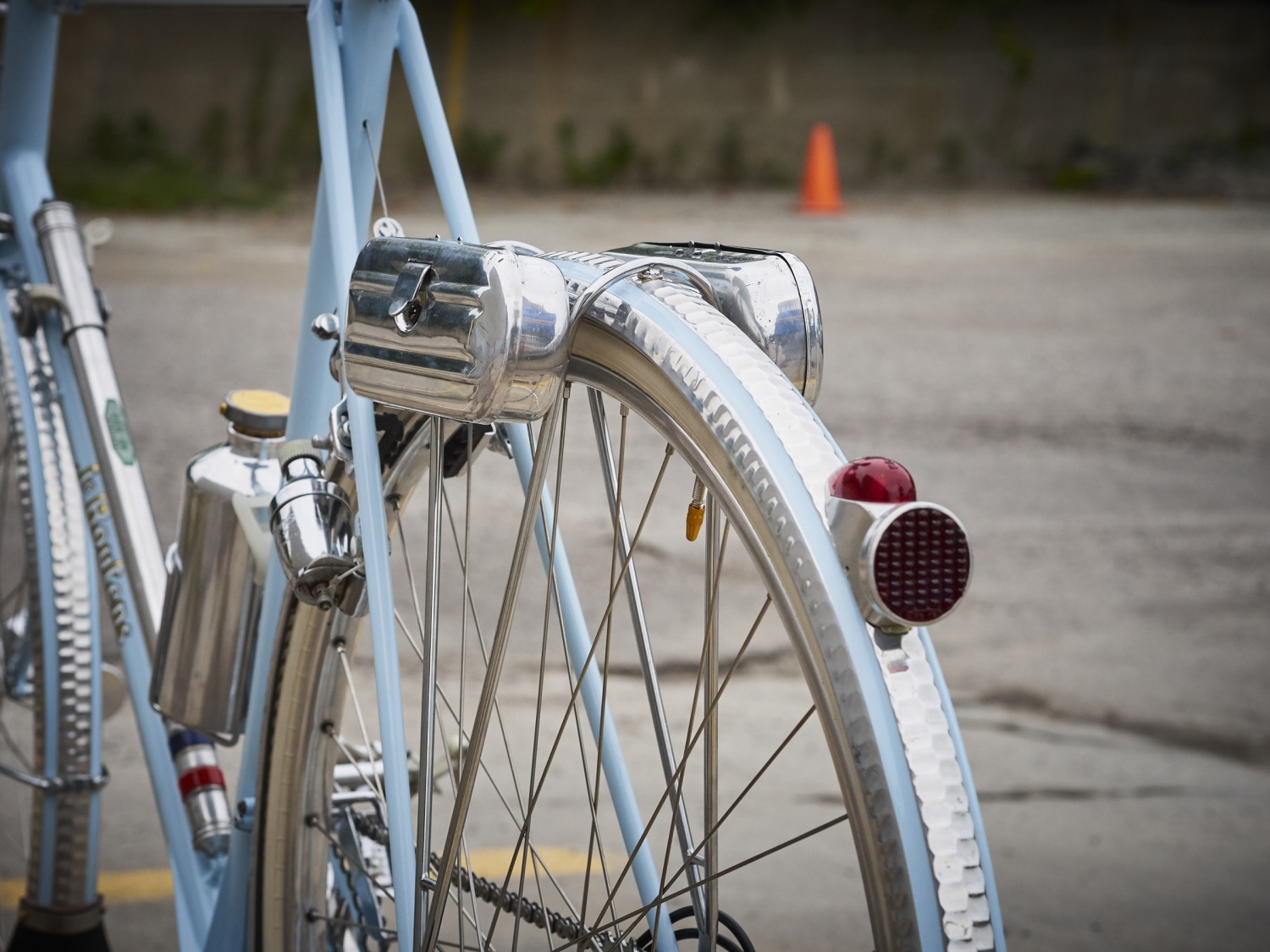 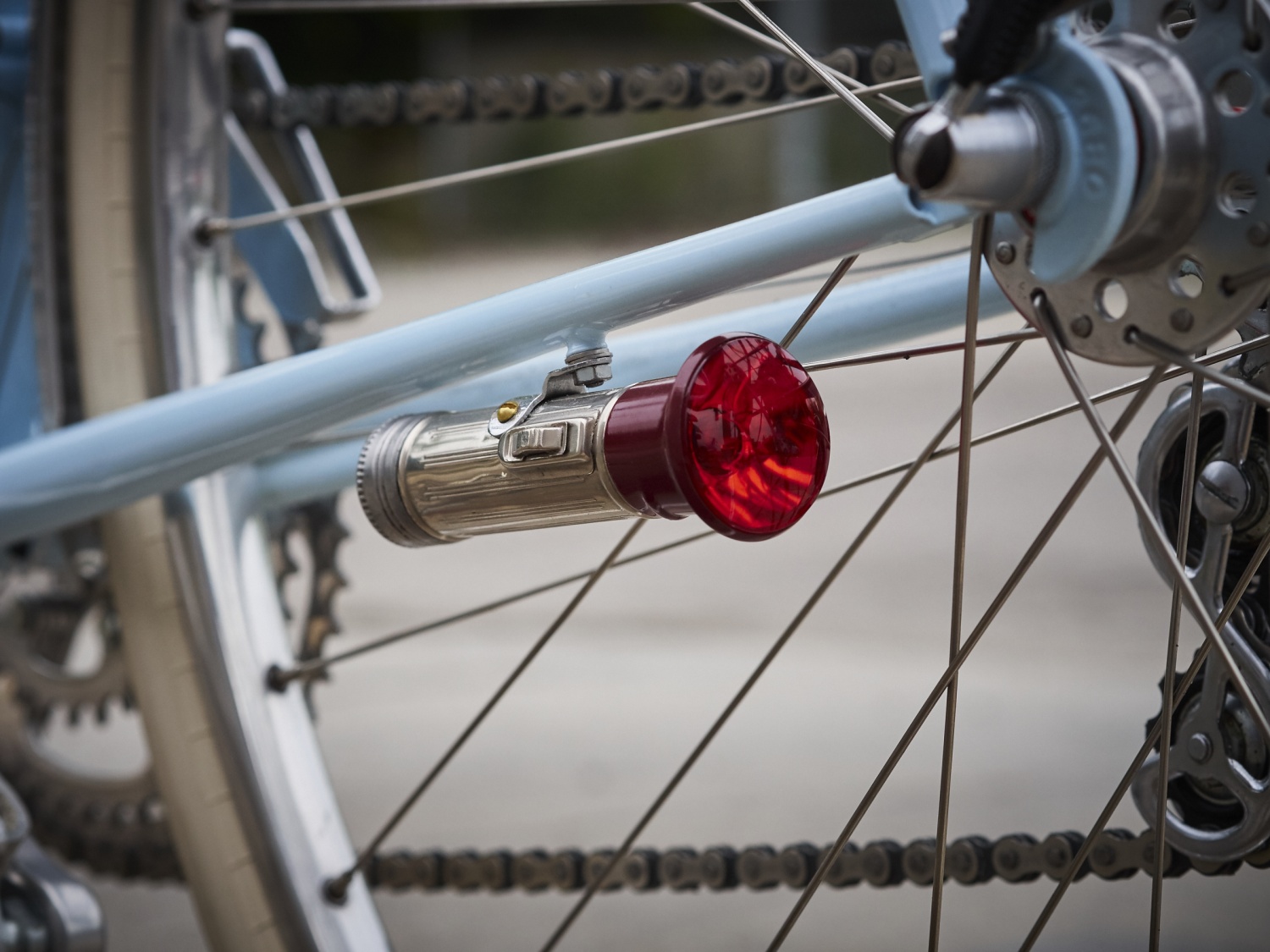 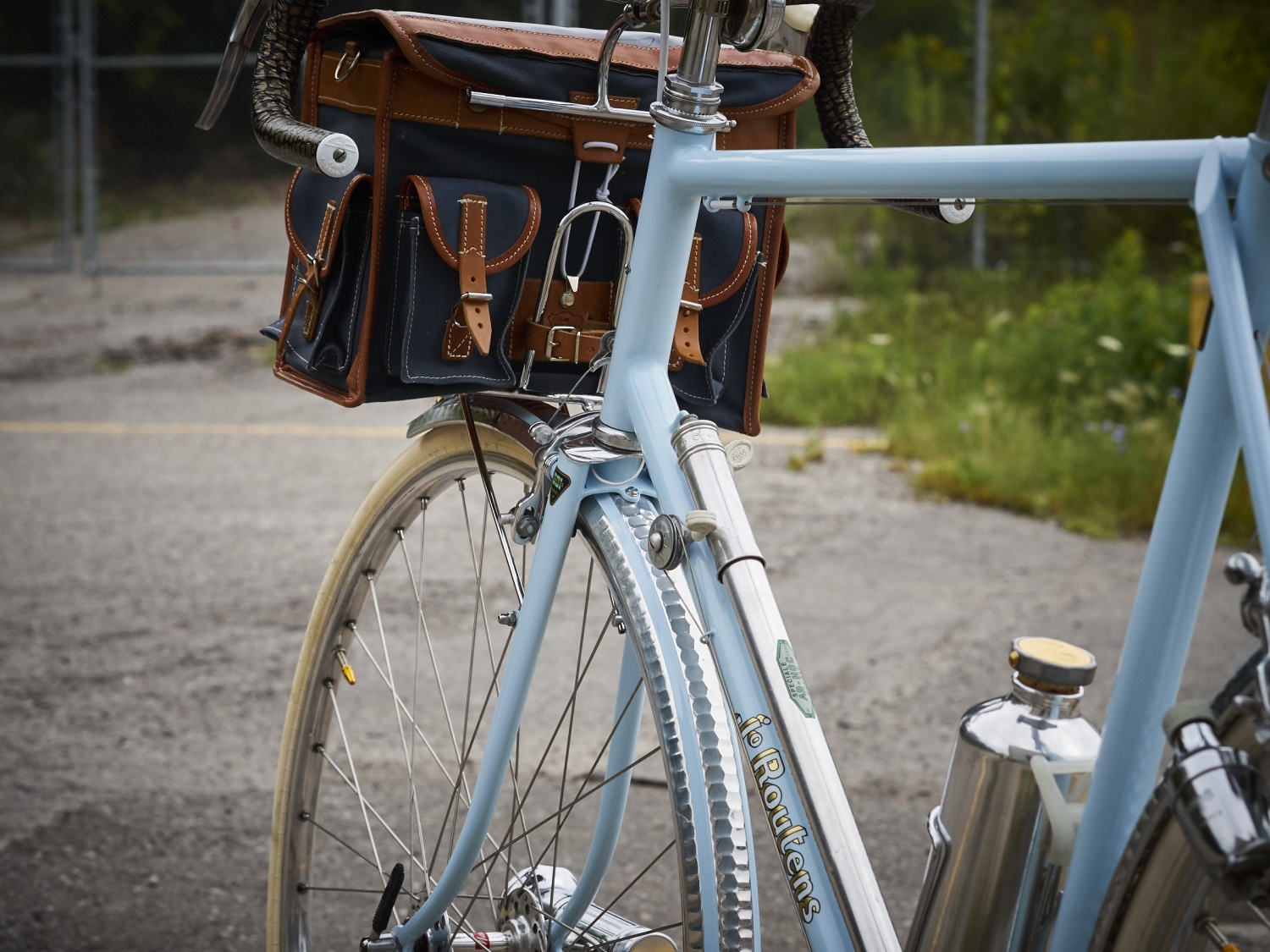 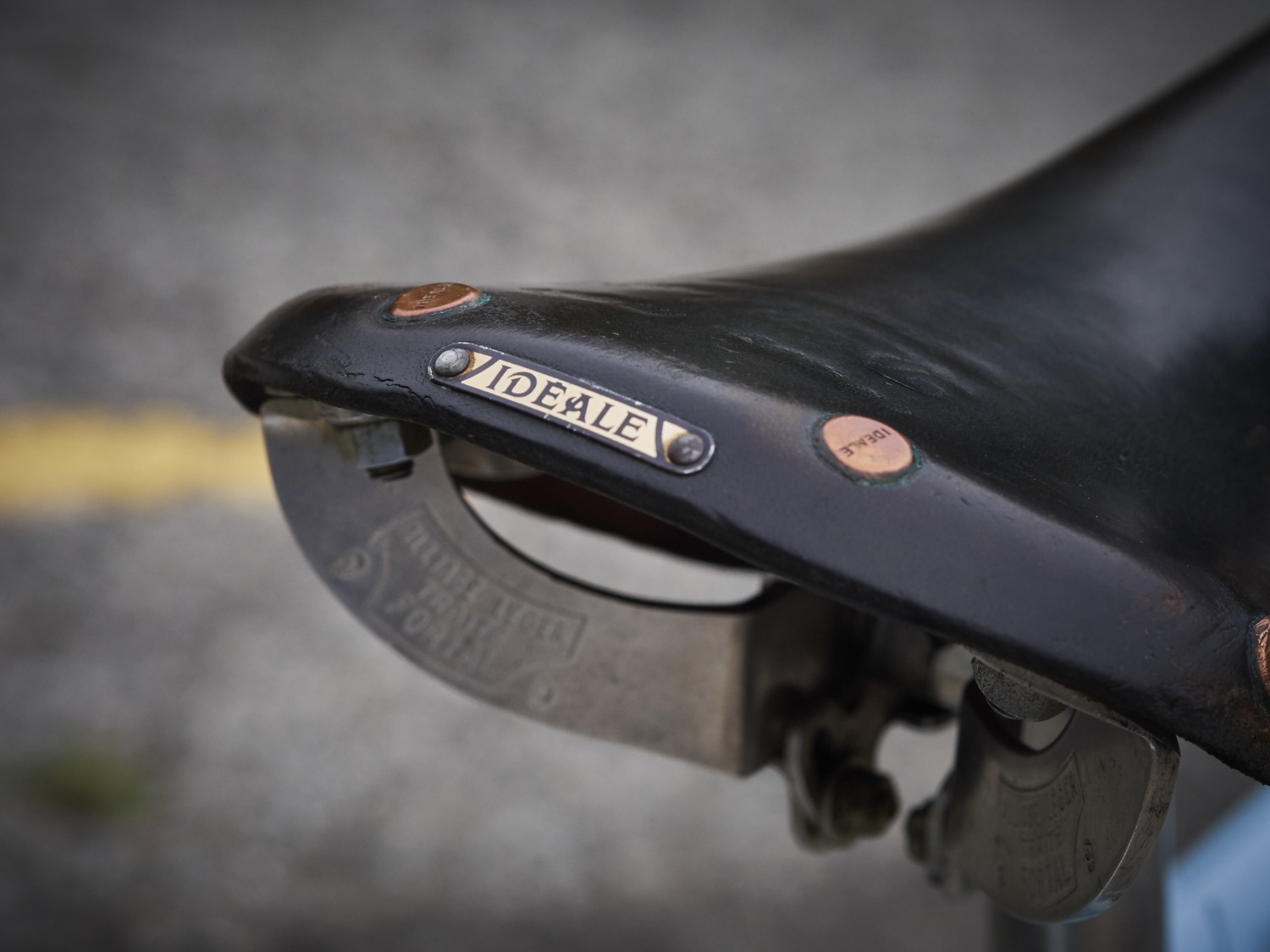 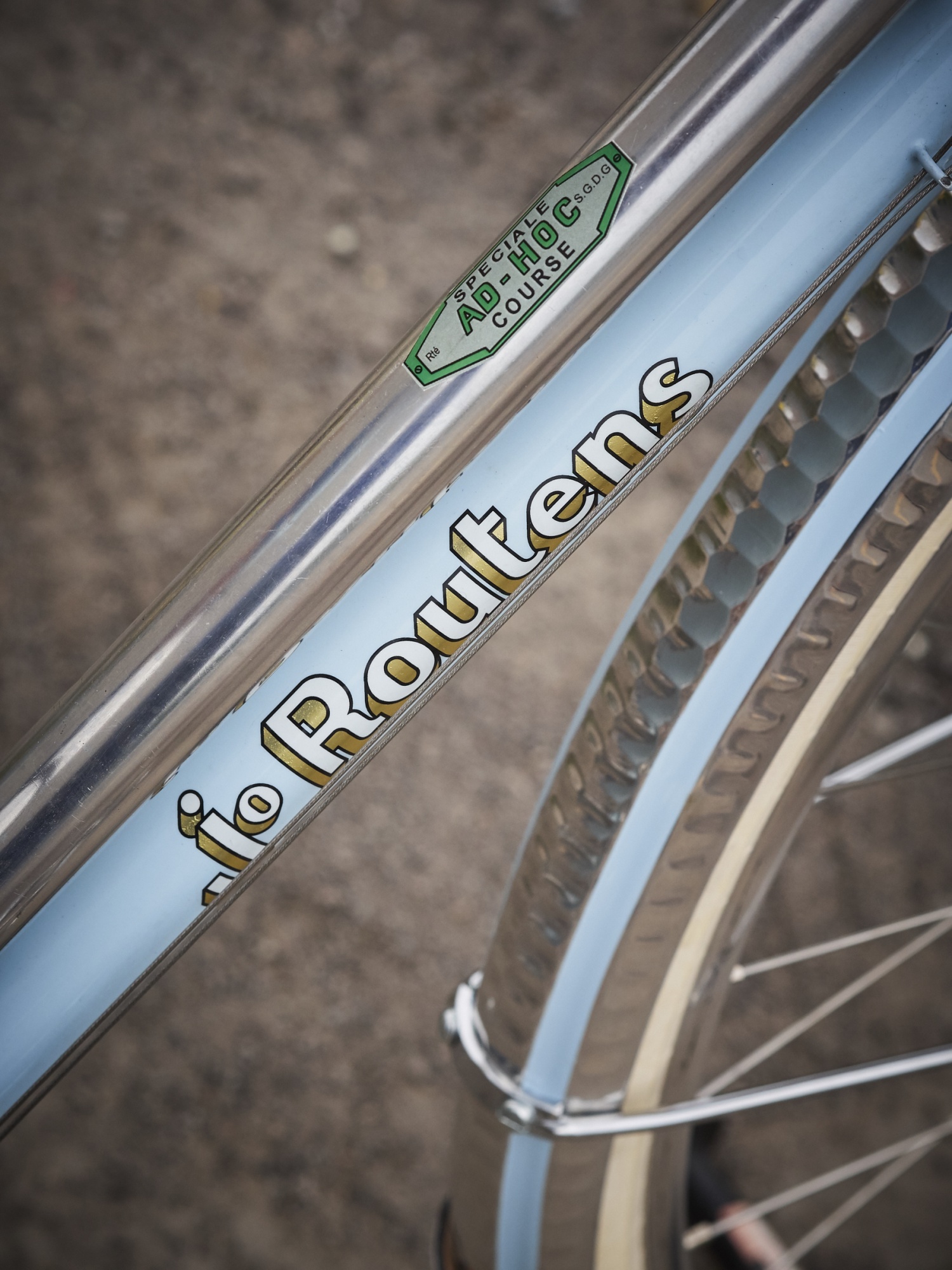 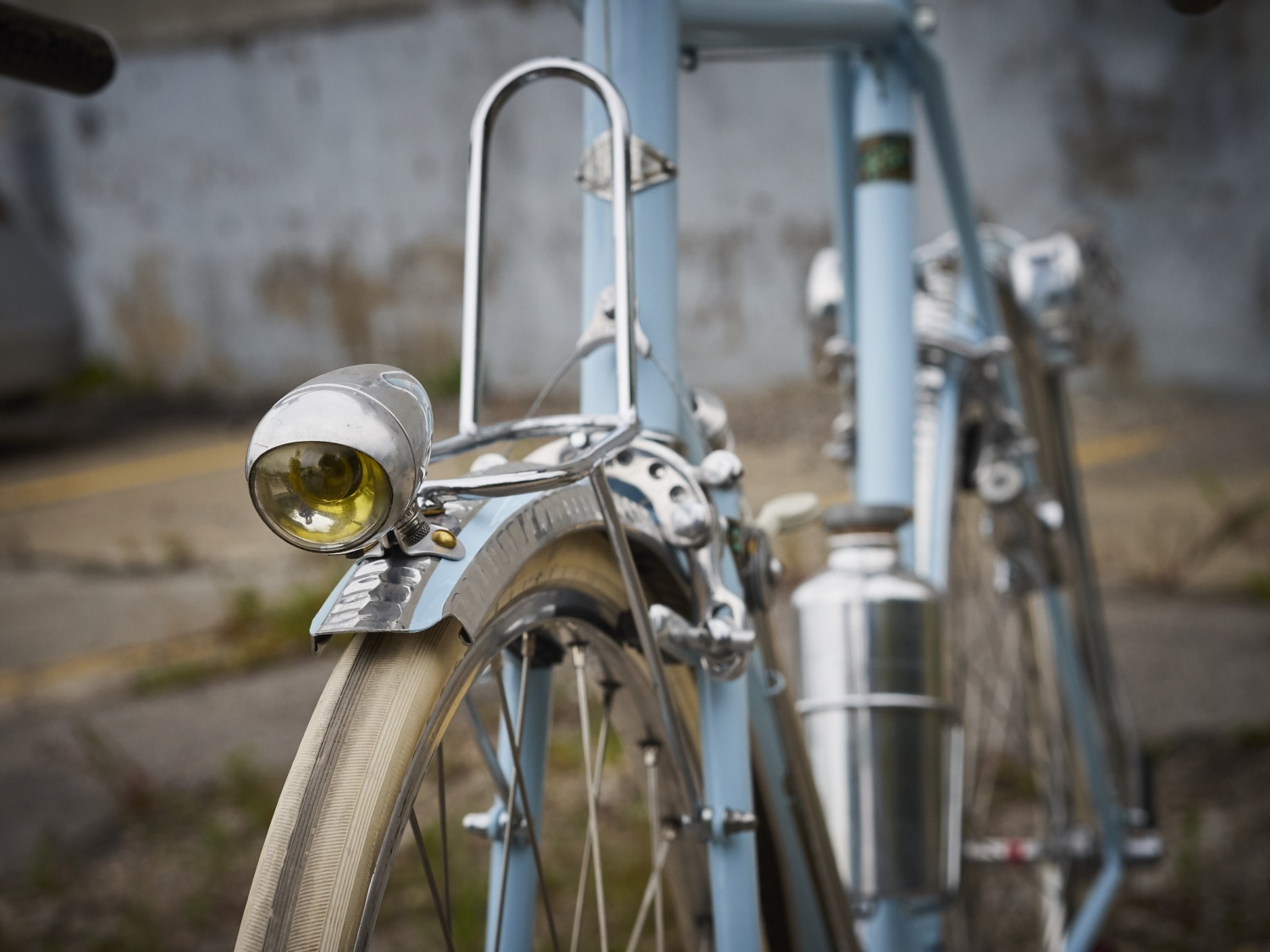 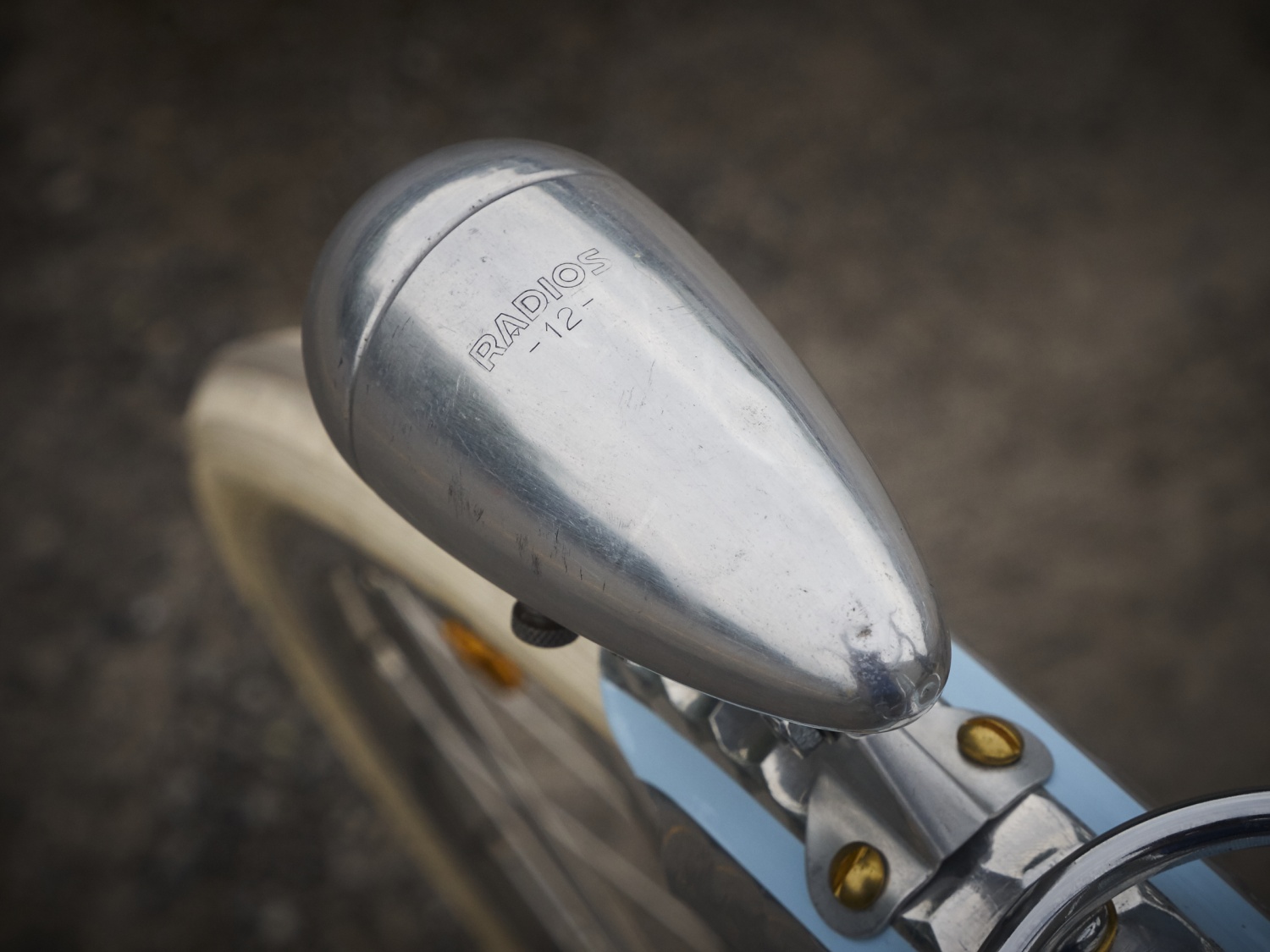 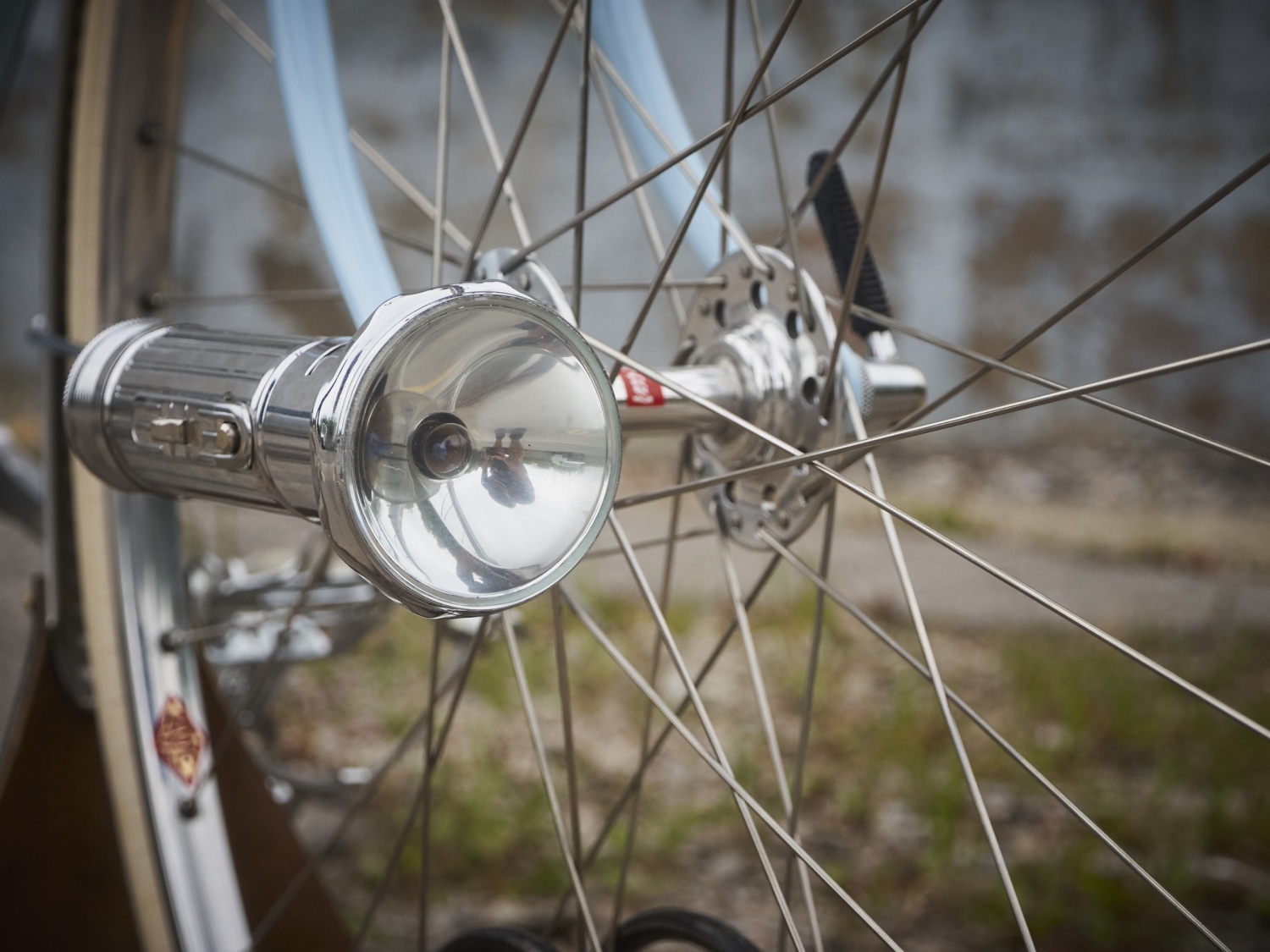 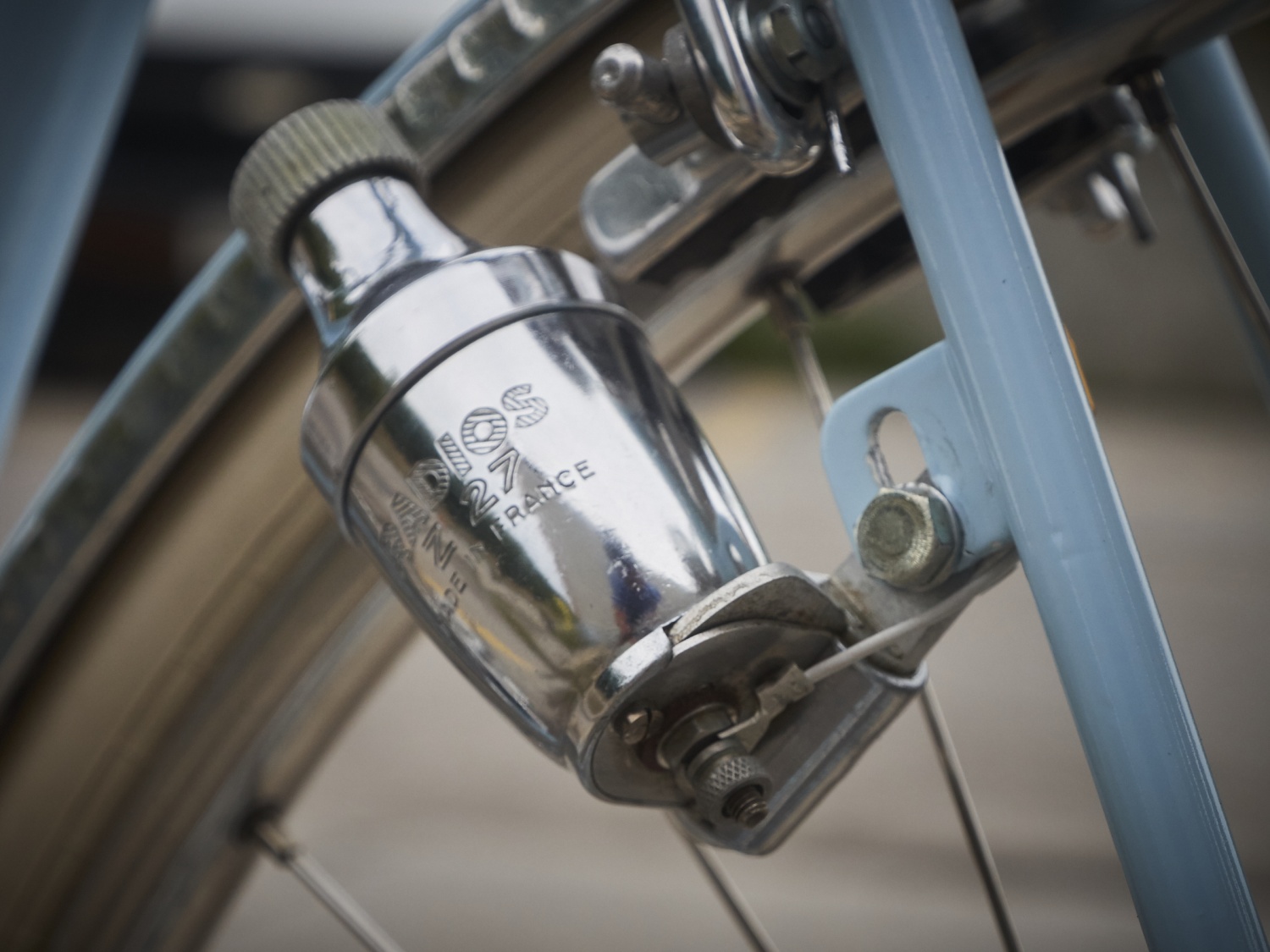 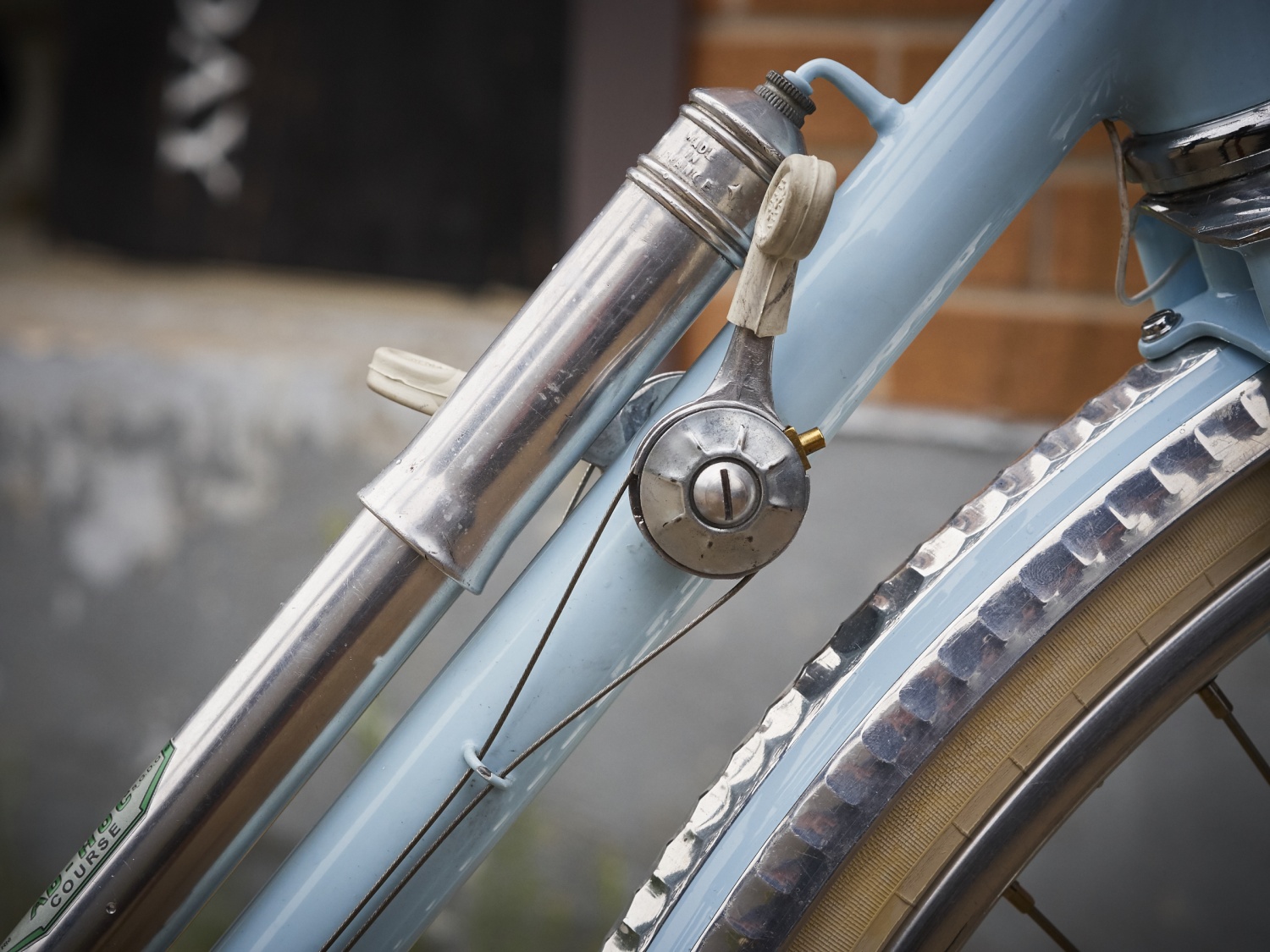