Shifting Gears: Life and Work in the Bike Lane 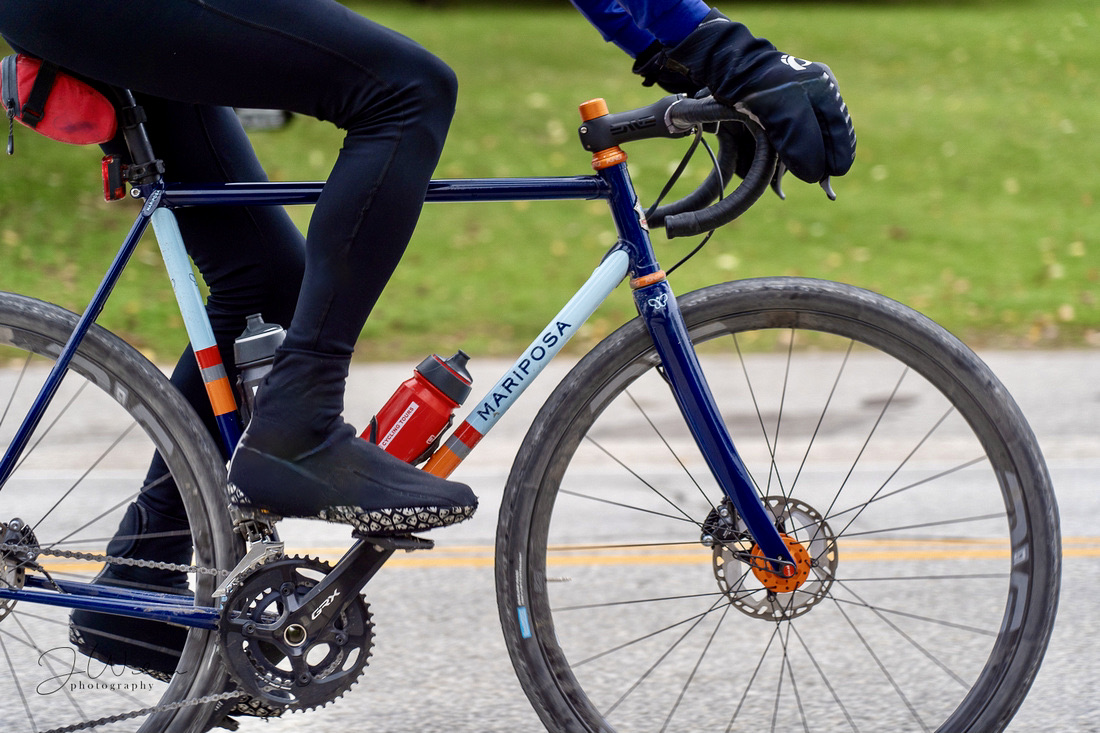 Last year, my annual physical revealed that I’m in the best shape of my life (since high school, anyway). Not bad, I thought, for a guy on the downward side of his fifties who works a desk job. I was proud. I’d just had my biggest cycling season on record, riding almost 10,000 kilometers and over 100,000 metres of vertical (yes, vertical matters!).  Not that I track these things. 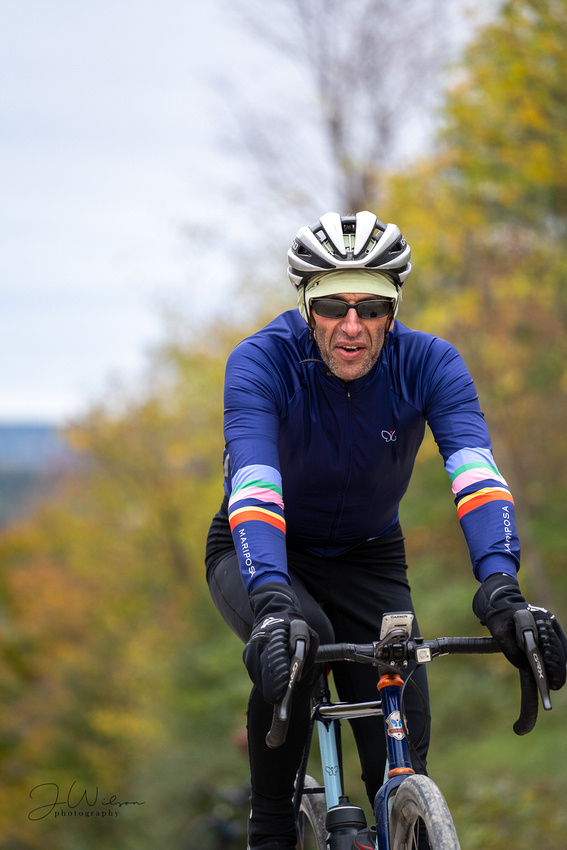 Biking is the most efficient form of self-propelled land transportation on the planet. In fact, it takes 50-80 times as much energy to travel by car the same distance as by bike…you just don’t notice because you’re not the one burning the calories. You can also move five times (or more) as fast by bike as you can walking, and go three times as far using the same amount of energy. These aren’t necessarily the things I’m thinking about while riding, but I am thinking about speed. And I am appreciating the scenery change around me –– much faster than it ever does when on a walk.

My love of cycling goes back to my early childhood. I grew up in a small town on the shores of the Ottawa River called Deep River, with a population of 5,600. Like many of the people in the community, my dad worked at Chalk River Nuclear Laboratories, which I recently found out was originally established as Britain’s contribution to the Manhattan Project. Deep River, in fact, was a community planned specifically as a place for scientists, engineers, and researchers working at Chalk River to live.

Growing up in a small town in the 60’s and 70’s, my brother and I had a lot of freedom, both a function of the time and the size of the community. I remember heading out with friends in the morning and not returning until dusk – this, at a time long before the advent of cell phones or tagging your kids with GPS trackers. From the time the snow melted enough to see the pavement, until the snow returned in the next fall, these outings often involved riding my bike. We would peel out of our driveways, collecting other kids until there’d be a posse of five to ten of us, all on bicycles, zipping from one side of town to the other, from the beach to the soccer fields, through the woods that surrounded the town, or to whatever other destination struck our fancy. Phrases like “wreaking havoc” come to mind, but they’re more romantic than anything else. We were undoubtedly tame, leaving our parents to their own devices and exalting in the sense of freedom their willingness to be rid of us provided. I remember standing up on my pedals to accelerate and feeling the breeze, my then fashionable 70’s haircut blowing in the wind, summer afternoon sun lighting up the Laurentians on the other side of the Ottawa River. Ah, the romantic days of youth.

In the 80’s, through undergrad and grad school, my cycling trips got longer and I shifted into bike touring. The pinnacle of that was my ride from England to Italy with a childhood friend, Ed. It was the first, and so far last, trip of that length for me. It was also the last time I spoke to Ed for quite a few years. Touring like that – loaded down with our camping gear, sleeping in close confines often exhausted after a long day of riding and pulling in somewhere too late to find dinner – can do a number on a friendship, and by the time my soon-to-be wife, Jennet, met us in Israel (to which Ed and I flew from Rome), we were hardly speaking. I’m grateful to say we’ve since reconnected…but it took several years.

As an academic, and then later as a practicing lawyer, my focus shifted to road cycling – multi-hour rides through the countryside. These started in Cambridge, England, when I was new to academia and we were new to parenting. I would cycle with a friend and take my son (under two at the time) on the rear bike seat, which gave Jennet a nice break. When we moved back to Canada, I continued the long rides around London, Ontario, and Berkeley, California, where we spent a year on sabbatical, and now, most recently, Toronto. Whenever I can, I bring my bike on vacation or rent one (time and Jennet permitting). There’s nothing like a new mountain or volcano to climb, a coastline to follow, or a hill to race down.

Perhaps cycling is a form of nostalgia. But it isn’t so much about a return to a particular place or time, rather, to a sensation. One of speed, physical endurance, wind, and personal evolution. It’s why I most often ride first thing in the morning. It sets the tone for the day. On my bike, the stress peels off in layers. Anxiety and frustration fall away, and get lost in the distance. As I’ve gotten older and pushed myself harder, this has only become more true.

There are three main reasons why I can’t get enough:

I’ll conclude by sharing (what I think is) a funny story. When my wife and I moved to Toronto in 2012, the year we became empty-nesters, making new friends came slowly. We had a small, close circle from my days in law school with whom we’d stayed in touch over the 20 years, but aside from them and amidst the bustle of Canada’s largest city, we found ourselves feeling quite alone.

At that point, Jennet already jokingly referred to my bike as “the mistress” (I promise, with affection). But I think she also recognized that I was missing something key to my love of cycling when doing it alone so often … not to mention it’s a riskier sport solo.

Then, one day, a couple of years after our move, my wife was walking down Yonge Street, returning home from the gym, and saw several road bikes propped up against the window outside a Starbucks a few blocks from our house. I was elsewhere, probably spending too much time alone or perhaps getting on her nerves a little more than usual, because she didn’t miss a beat. She walked up to the group of middle-aged men in lycra (MAMILs, that is), who are admittedly hard to miss, and as she tells it, said: “I recently moved to Toronto with my husband and he needs people to ride with. Can he go biking with you?”

In a way it was like kindergarten all over again, except it was my wife arranging my play dates. But, I’m forever grateful to her for it.

One of the guys gave her his card and told her to tell me to connect. The rest, I suppose, is history. I’ve been cycling with that same group of guys ever since. Thousands of kilometres and vertical metres later, many of them are now close friends, and Jennet and I have cycle-toured in Spain with some of them and their spouses.

So if you ask, what does cycling actually have to do with tax law? Not much. It’s pleasure, and sometimes cycletherapy, but not business. And that’s the way I like it.

One thought on “Shifting Gears: Life and Work in the Bike Lane”