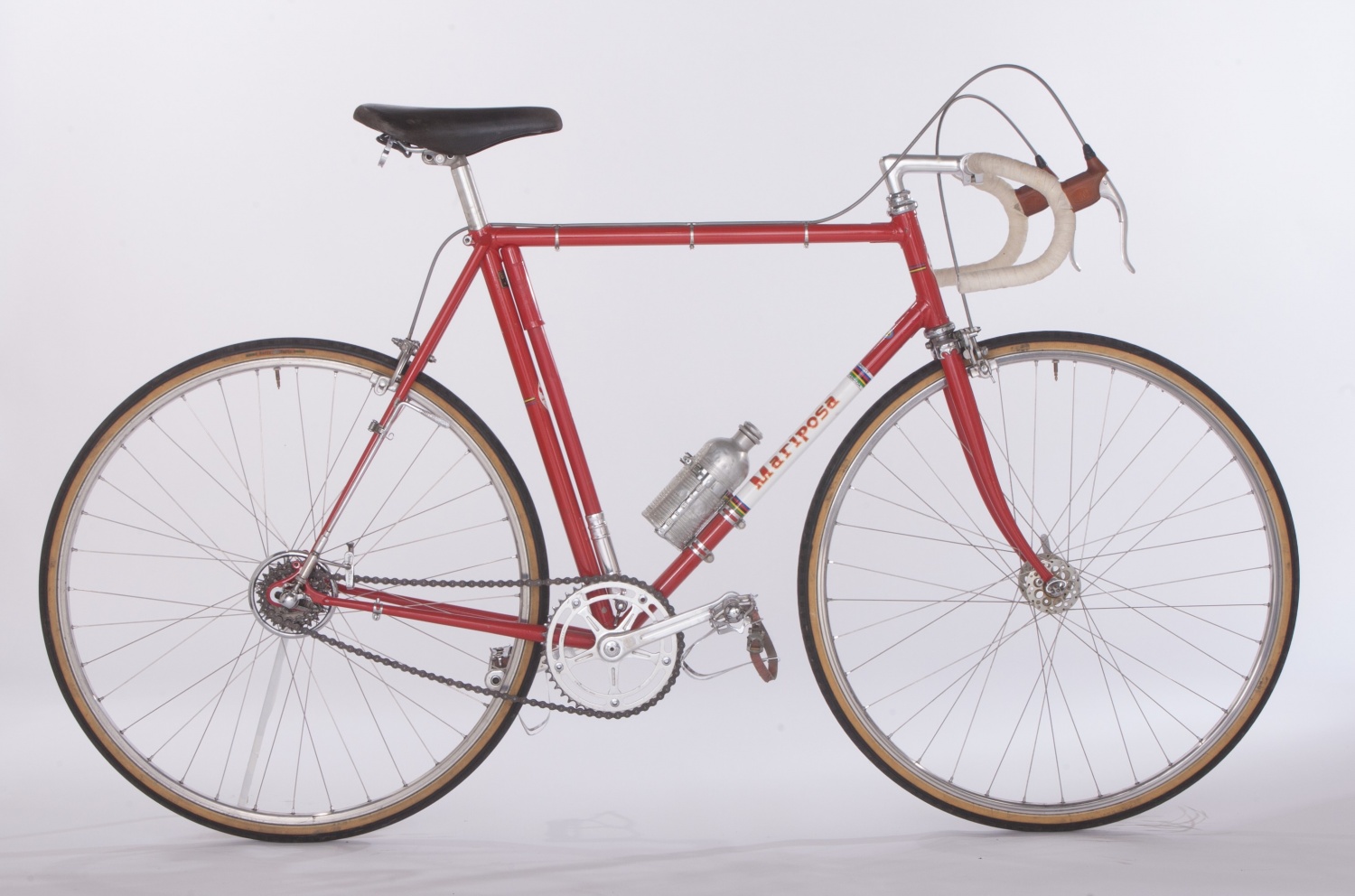 Mariposa “Paris-Roubaix” 1972 was written by Dede Barry with excerpts taken from Mike Barry’s “A Life With Bicycles” book which will be published in Spring 2019.  Photography by Walter Lai.

When Mike Barry began building Mariposa frames, one of the first orders was for a frame built to accept a Campagnolo Paris-Roubaix derailleur.  The derailleur was named after the legendary Italian Champion Fausto Coppi, as he had used one to win the classic race in 1950. 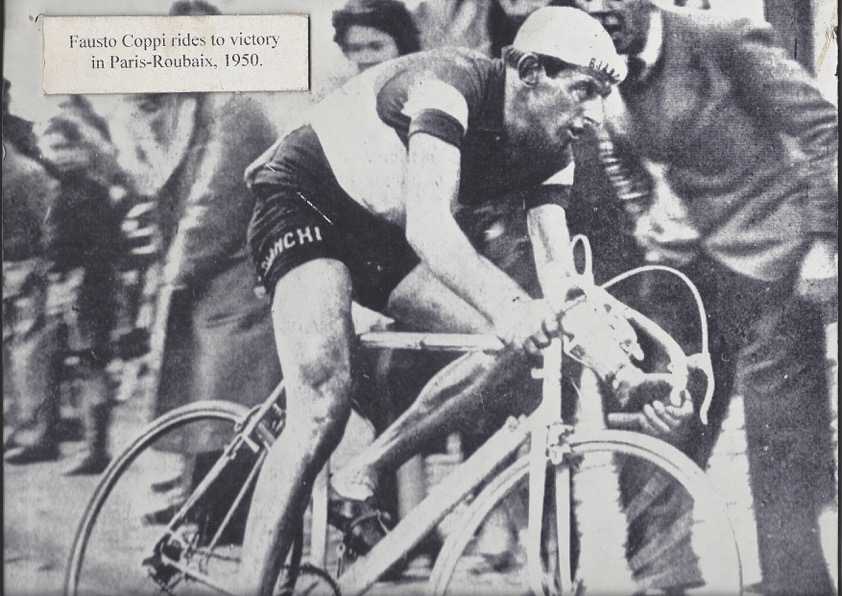 The derailleur was a beautifully made piece of equipment although somewhat difficult to use, as it was operated from a lever mounted on the seat stay.  Not only was Coppi able to reach back to change gears while his bike and body bounced over the horrendously bumpy cobbles but he also finished the race at just under 40 km/h average speed, which is remarkable. Current average speeds for the race are slightly higher but modern race conditions are easier and the equipment and clothing more technically advanced. 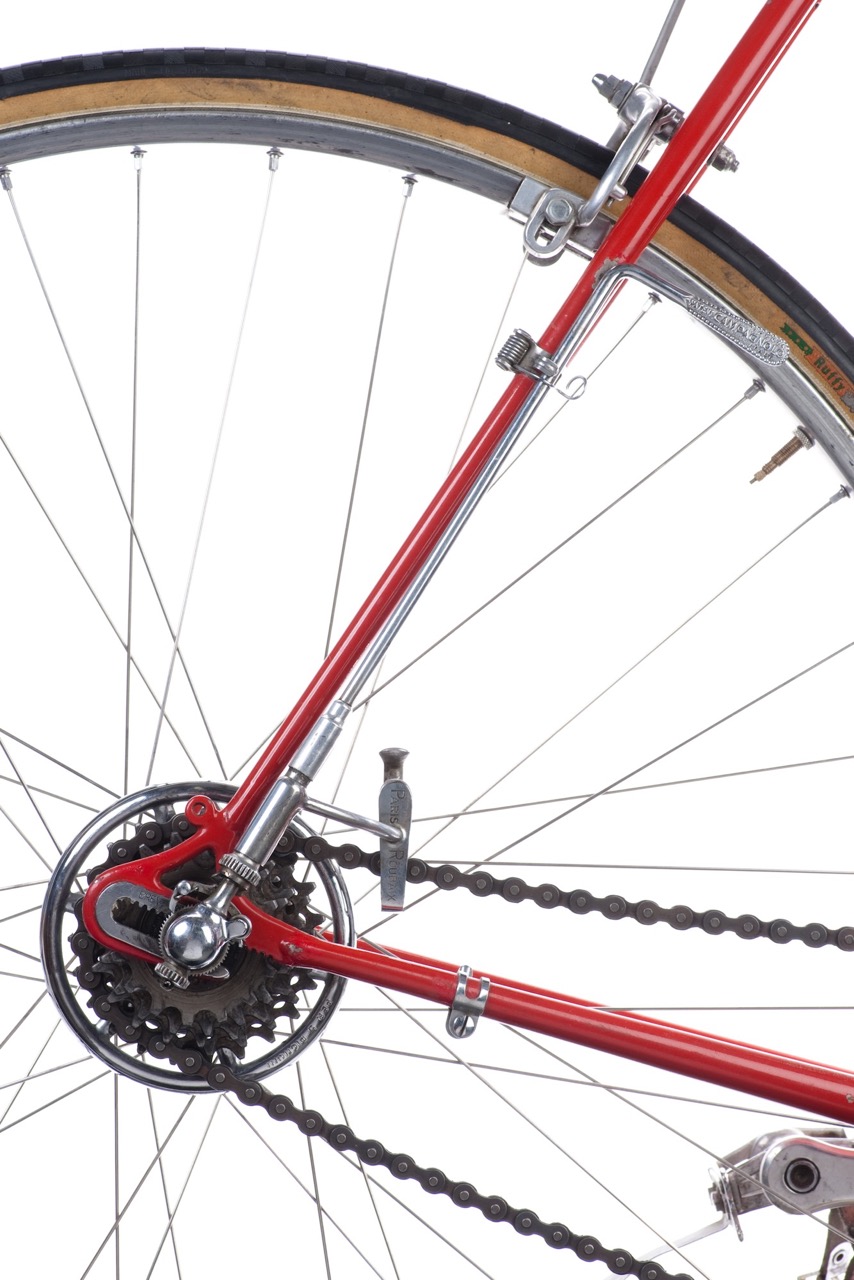 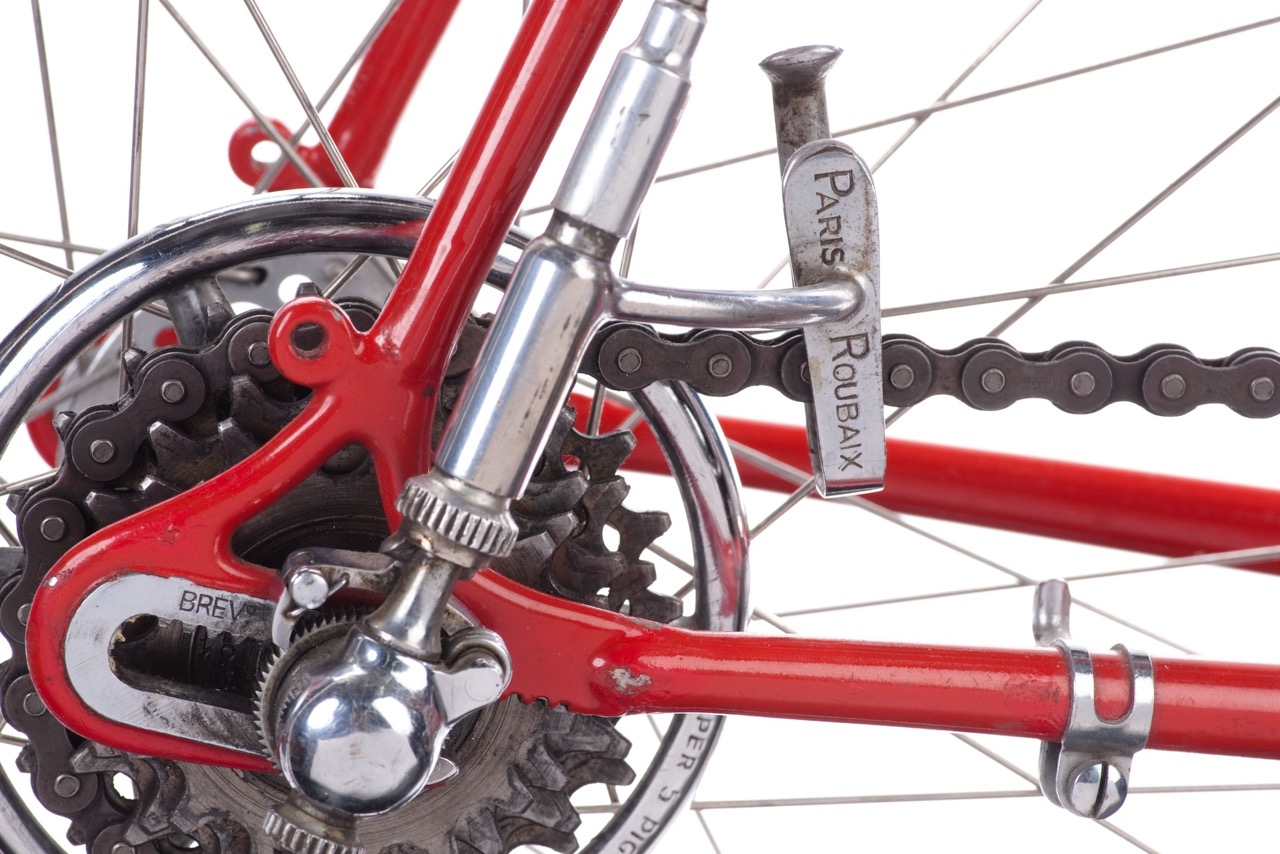 a) Reach back to the seat-stay mounted lever.
b) Back pedal.
c) Turn the lever releasing the rear wheel. (The lever was in effect a extended quick release)
d) The action of releasing the wheel would engage the lever with a fork mounted over the chain enabling the rider to select the sprocket he wanted by turning the lever.
e) Once the chain was engaged on the correct sprocket the rider would stop backpedaling and turn the lever back to it’s locked position. This action would lock the wheel and release the changing fork.
f) The rider could then pedal forward again and could then accelerate.

It is an unusual mechanism which  requires a frame with special Campagnolo toothed drop-outs. 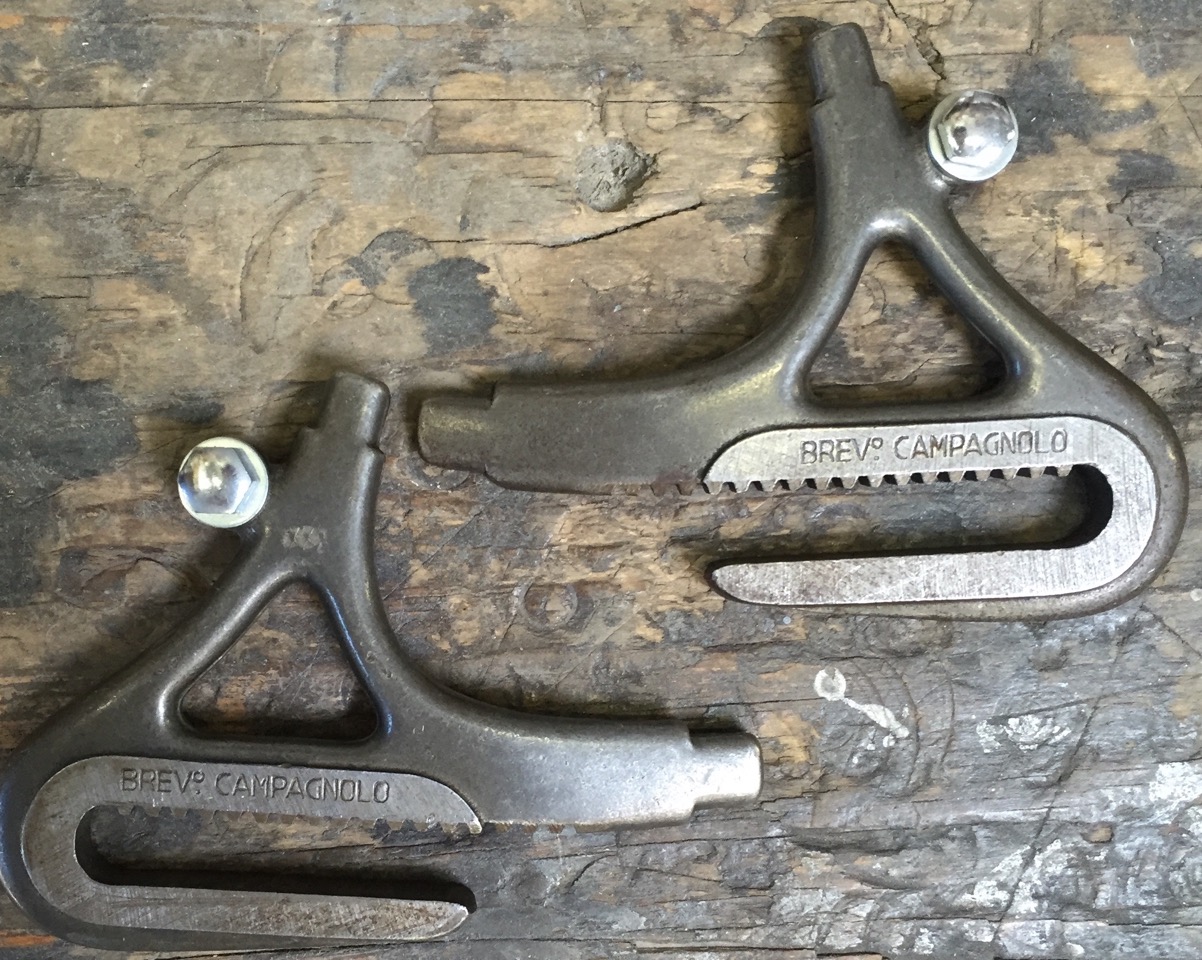 It takes some skill to use and not surprisingly, did not remain in production for too long.

However, the mechanisms have remained in demand with true bicycle aficionados.  The request for a Mariposa with a Paris-Roubaix derailleur in 1971 really sparked Mike Barry’s interest, so he built one in his basement workshop in 1972.

Many years later, the original owner, Ken Smith, decided that he was getting a little too old to perform the contortions needed to change the gear and presented the bike back to Mike.  Mike subsequently rode it in the 2004 L’Eroica, an annual competition for classic bikes in Tuscany. Having raced on a Bianchi Paris Roubaix, similar to Coppi’s, when he was younger, Mike was able to change the gears with ease and efficacy while climbing the white Tuscan hills. His only complaint was that he was over-geared on the steeper sections. I rode one around the block and found it difficult to shift gears without putting my hand in the wheel or coming to a complete stop. Anybody who has ridden in Eroica or has travelled to Tuscany can appreciate the feat of riding this bike in the event. 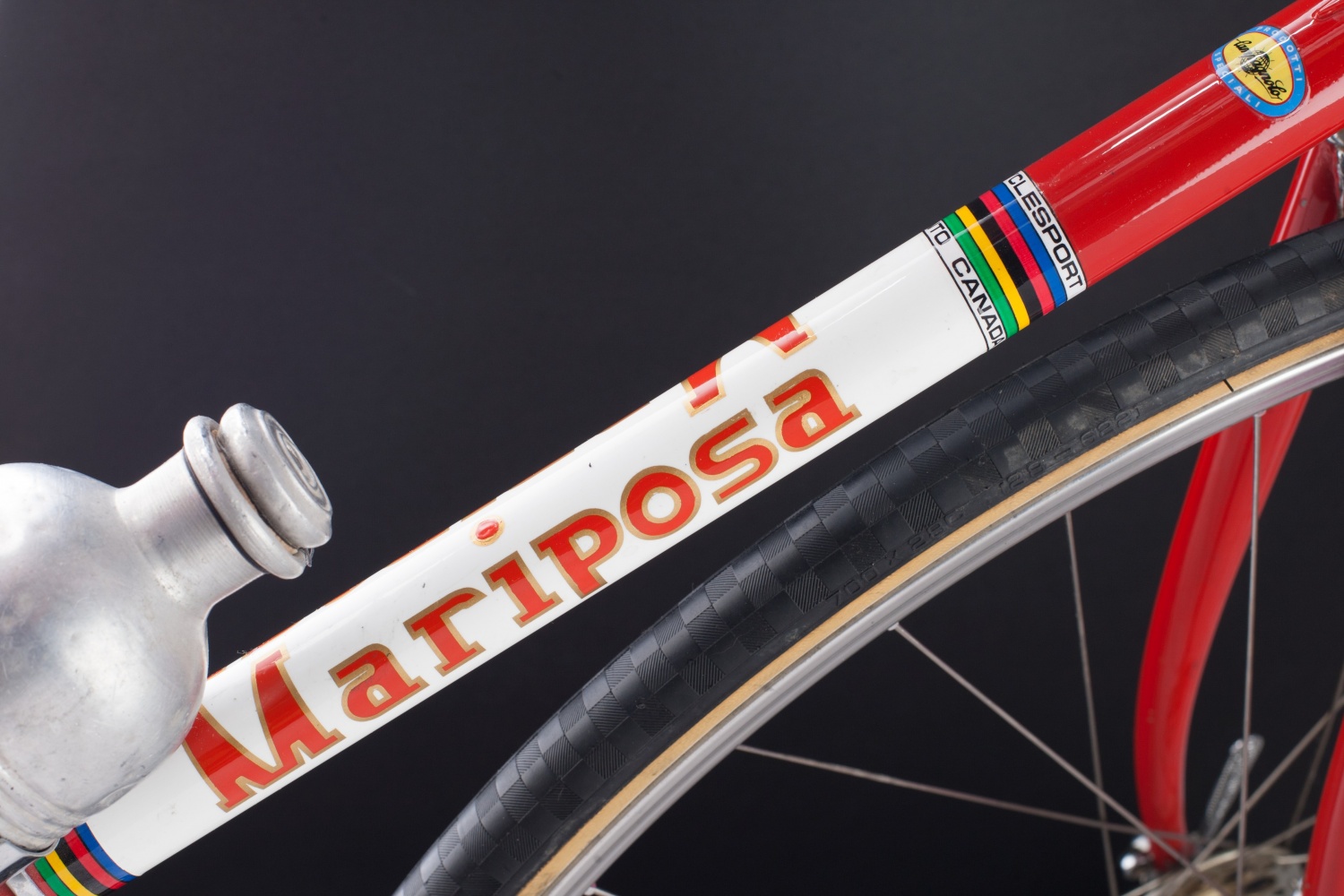 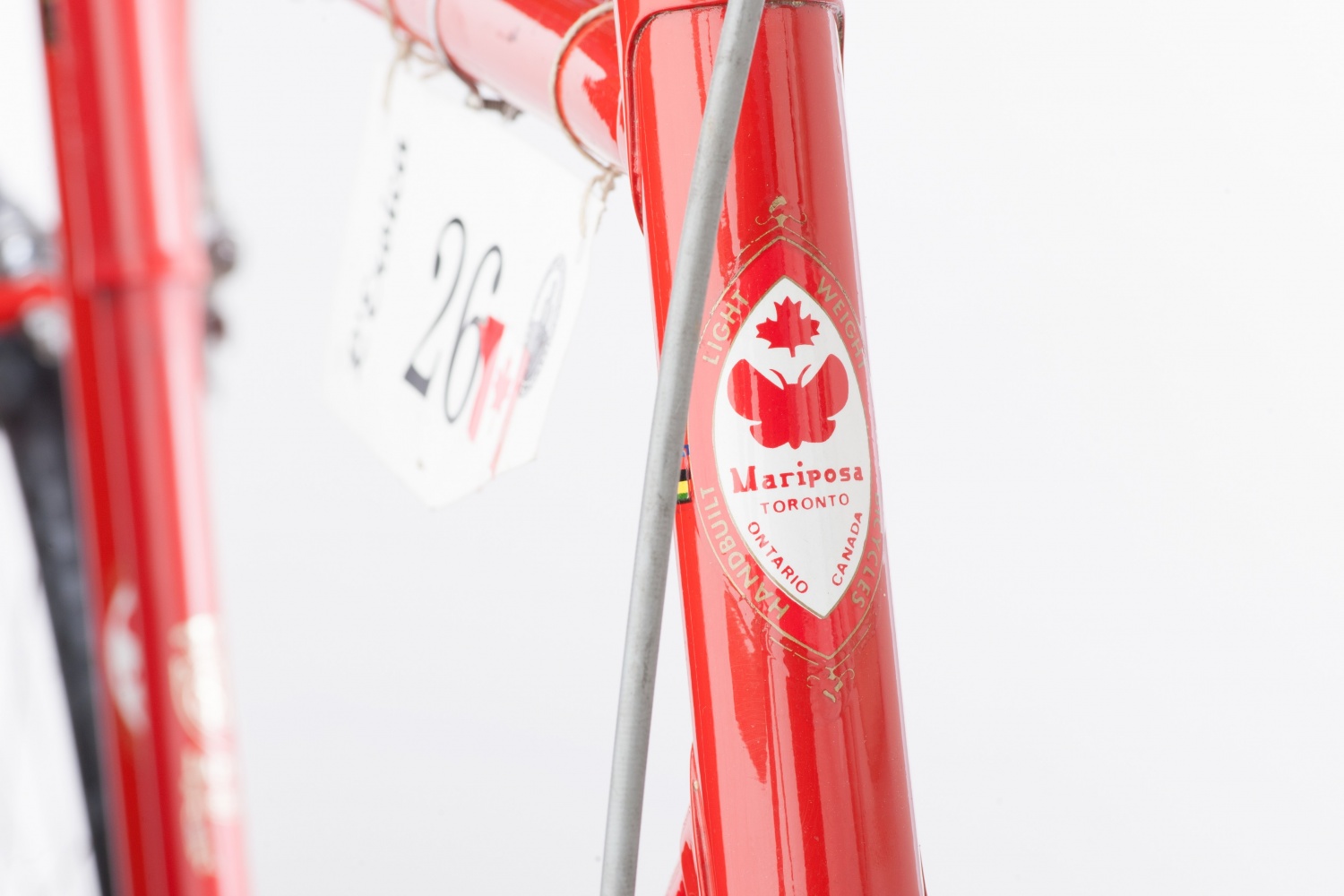 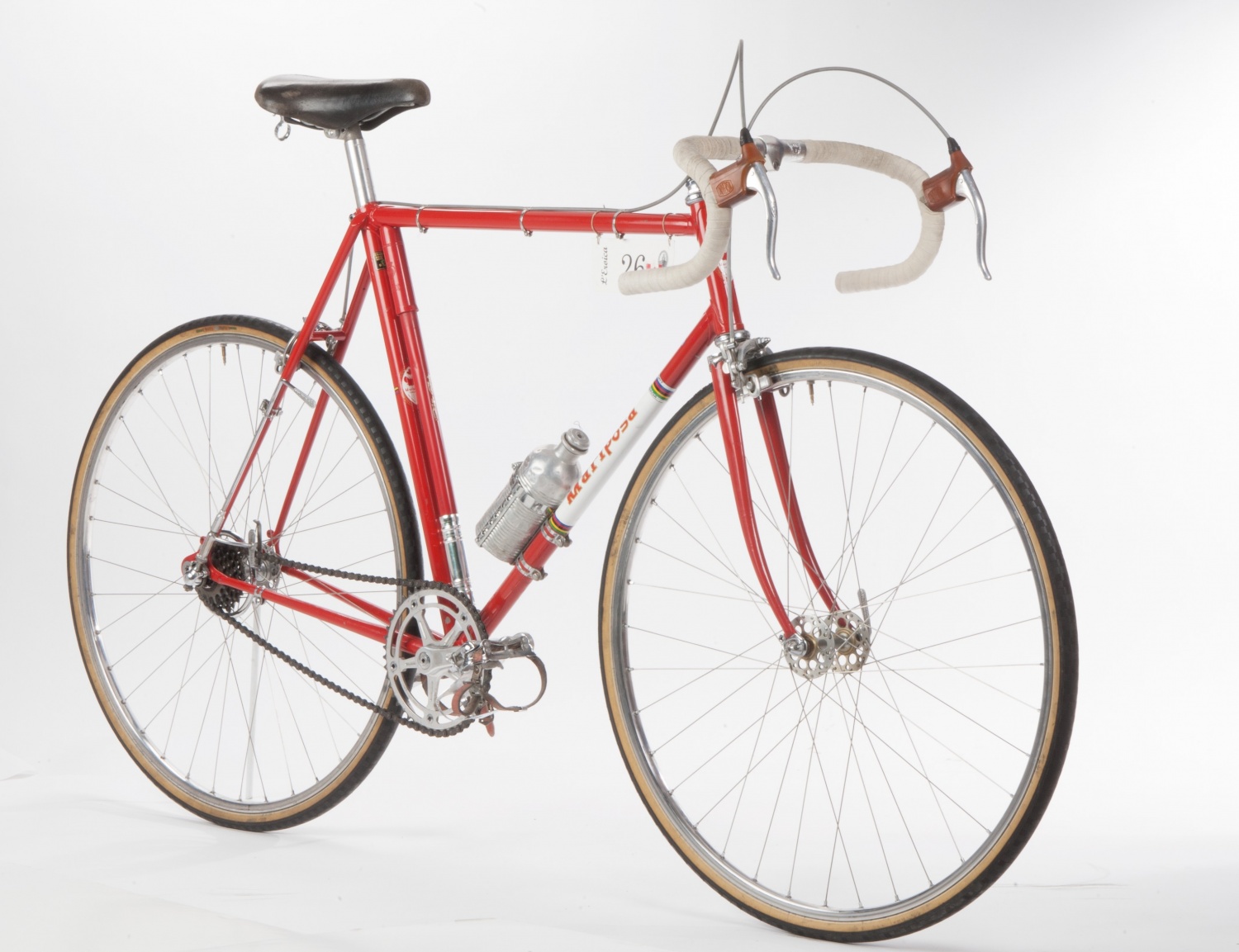