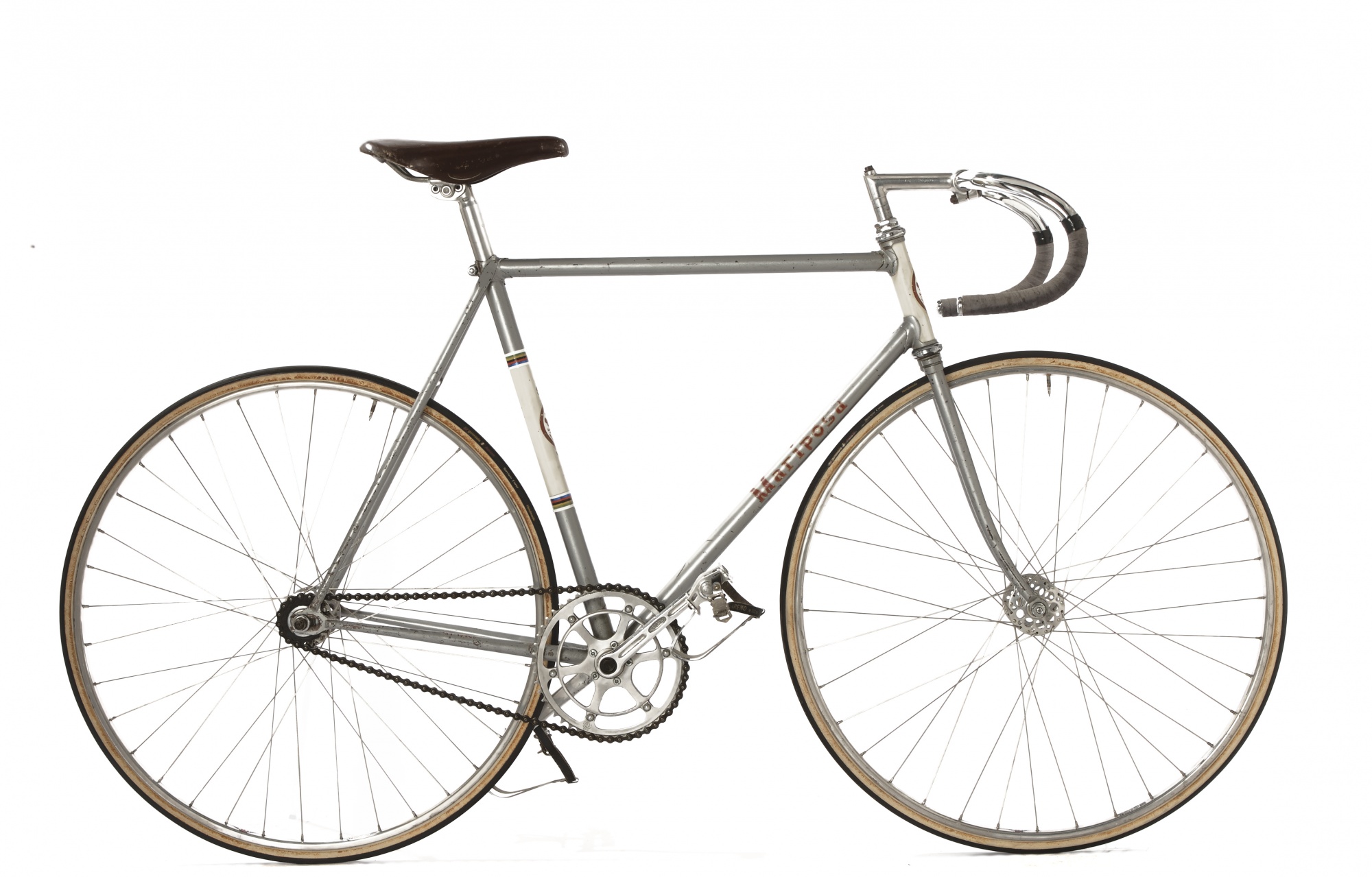 Mariposa Number One was written by John Palmer, a good friend and founding partner of Mariposa Bicycles.

Mariposa Number One:  On The Origins Of Mariposa Bicycles

I first met Mike Barry in 1955. We were both members of The British League of Racing Cyclists. Mike was a member of the Redmon Cycling Club and I was riding with the Orpington Cycling Club. Both clubs were in the South London Division of the BLRC.

I still have a result sheet from 1955 when we were both racing in the Croydon Racing Club’s Dimanche Course over the hills of Ashdown Forest in Sussex, UK. The rain was pouring down from start to finish of the 50 mile event. From the twenty finishers, Mike finished in third place and I was twelfth.

I came to Canada in 1968, a few years after Mike had immigrated, and he was racing with the Britannia C.C, of which I also became a member. We both remembered talking about a technical matter pertaining to bottom bracket fittings, after a senior race in the 1960’s. Not only were we cyclists but also keen bicycle mechanics who were interested in all the technical aspects of bicycle design and function. We became fast friends.

Before coming to Canada I had built a racing frame together with one of my club mates. I had intended to build more frames in Canada, and for about six months I had a full set of Reynolds 531 tubing under my bed. Mike had also grown up around bike shops and frame builders in England and was keen to start building bikes in Toronto.

Together, Mike and I decided that we would try our hand at building racing bikes. A new velodrome was going to be opened in Delhi, Ontario the following year: it was a wooden steeply banked track to be built inside the Delhi Arena in the summer when hockey was finished for the season. There were not many sources for track bikes to fill the local riders’ needs so we figured there would be a demand.

CCM had stopped production of the CCM Flyer so Mike and I bought some of their remaining frame tubes and parts, which were hard to find in North America. Now we needed a workshop. Another Britannia member had just bought a house in Davisville and he agreed that we could rent his basement for $100 a month, which would help him pay his mortgage.

We bought the basic tools to supplement the toolbox of taps and dies I had brought over from England, from my family bike shop. Having grown up in a bike shop my grandfather had taught me wheel building, mechanics and most everything relating to bikes.

As Mike and I could not afford to buy frame building jigs we built our own from a large sheet of plywood to which we attached a steel boss on which we would set the bottom bracket shell (Just five years ago Mike was using similar homemade jig to build a tiny bike for his grandson which wouldn’t fit on the standard frame jig). From the bottom bracket we could braze the frame together with all the right tube lengths and angles. First, we would braze up the front triangle of the frame, and then attach the seat and chain stays. On most of the early Mariposas, Mike would usually build the frame and I would build the fork.

We had a lot of discussions on the name for our bikes. We wanted a short name that had some Canadian significance but would also have a European sound to it, as the best racing bikes were being built in Italy at the time. I had just been reading Stephen Leacock’s Sunshine Sketches of a Little Town, based on the Ontario town of Orillia but in the book, Leacock referred to as Mariposa. I suggested Mariposa as a possible name for our bikes, which I thought was ideal. Mariposa is the Spanish name for a butterfly: our bikes would be lightweight, colourful, and hopefully fly around the countryside.

Mike wanted the logos to be similar looking to those used by Bianchi, as Coppi was his hero and he thought Bianchis were some of the finest looking bikes. He drew up the initial logo sketches and we had the decals made in England–the first decals were not very good and were difficult to work with which caused a pile of headaches. Another difficulty would be to get the frames painted; we tried several sources from auto body shops to someone who was painting equipment for the Post Office. Bicycles are difficult to paint and it was evident that sooner or later we would have to set up our own paint line to get the finish we wanted. Any chrome plating we could get done in Toronto–it was just a matter of finding a good plater who would make sure that the lightweight tubes were protected from being eaten through by the acid used in the process.

The first Mariposa was finally completed in January 1970, and, perhaps fittingly being a Canadian bike, the test ride of the unpainted track bike was on snow covered roads in central Toronto. Mike went on to quit his job and open his bike shop Bicyclesport on King Street in Toronto while I went on to work for the Cycles Peugeot importer in Toronto.

The bicycle was ridden and raced on the Delhi Velodrome and other tracks for years. It is currently hanging in the Mariposa Workshop and will soon be ridden again at the brand new velodrome outside of Toronto, the Mattamy Cycling Centre. 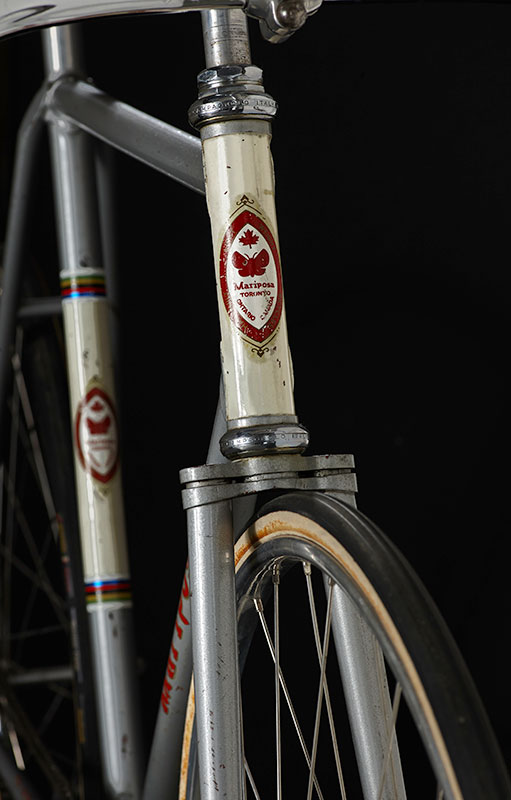 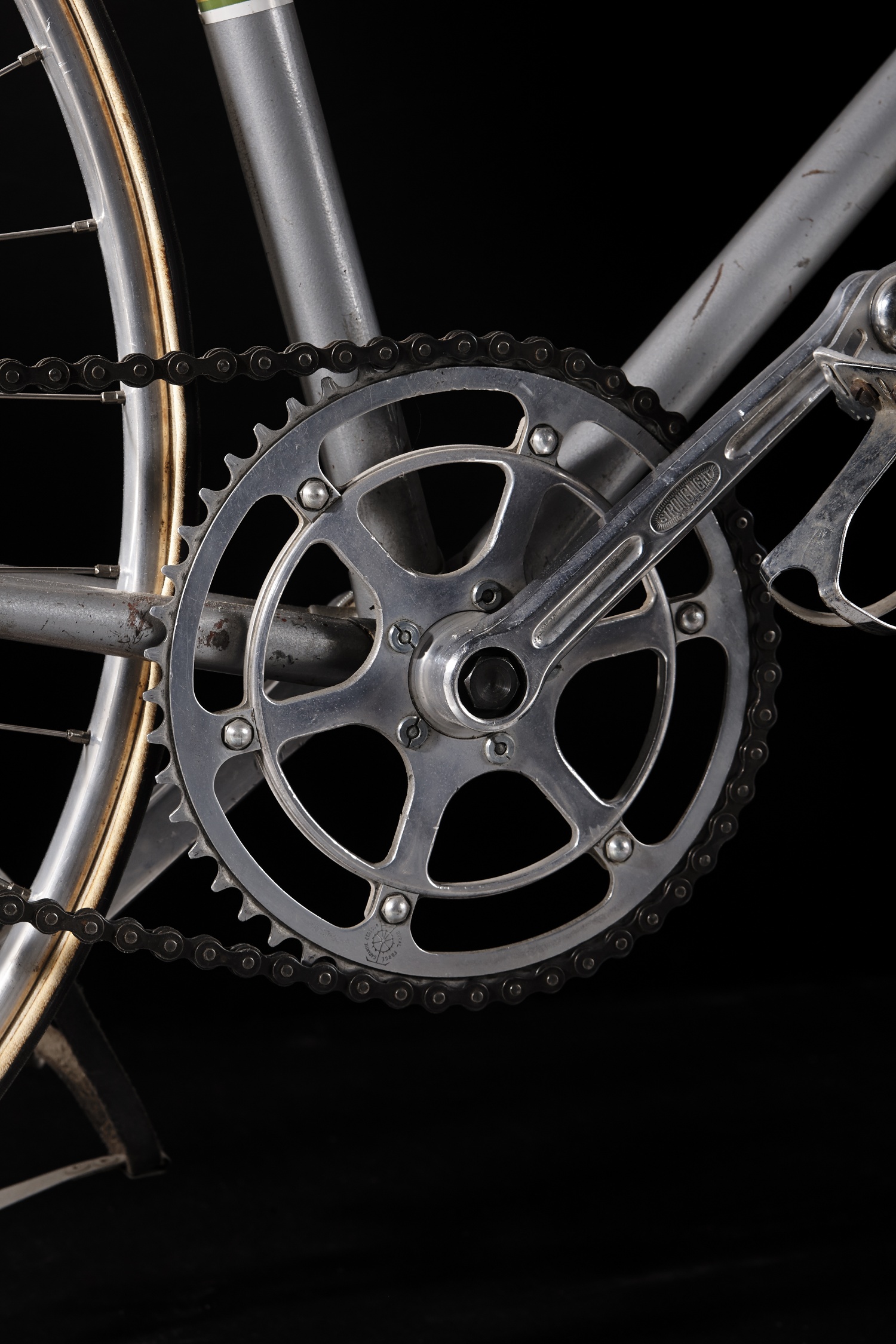