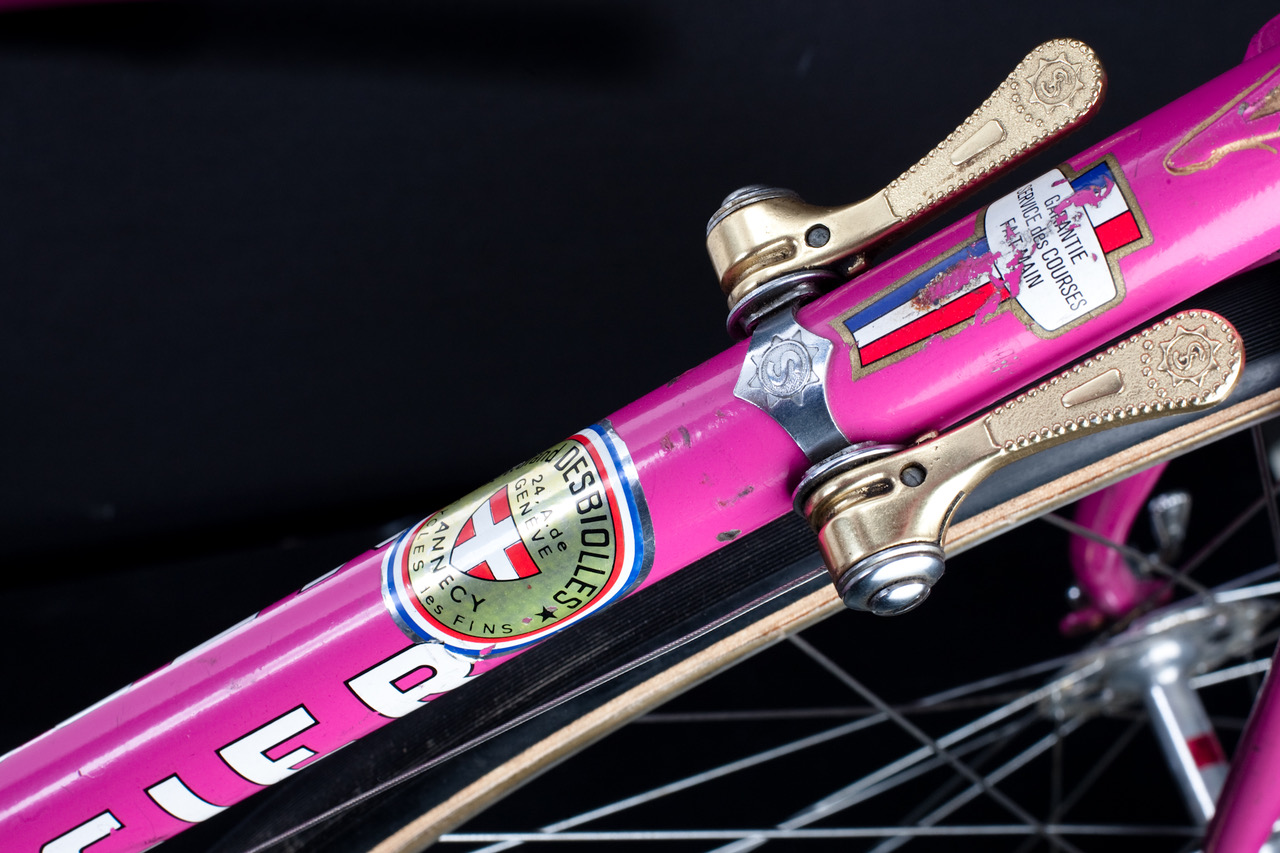 The Mercier Company was established in St. Etienne, France in the early part of the Twentieth Century. They produced a large range of bikes from kid’s bikes to top of the line racing bikes. For fifty years, 1933-1983, the company sponsored top level racing teams that finished high up but never won the Tour de France. Long time Mercier team leader Raymond Poulidor twice finished second and five times third. 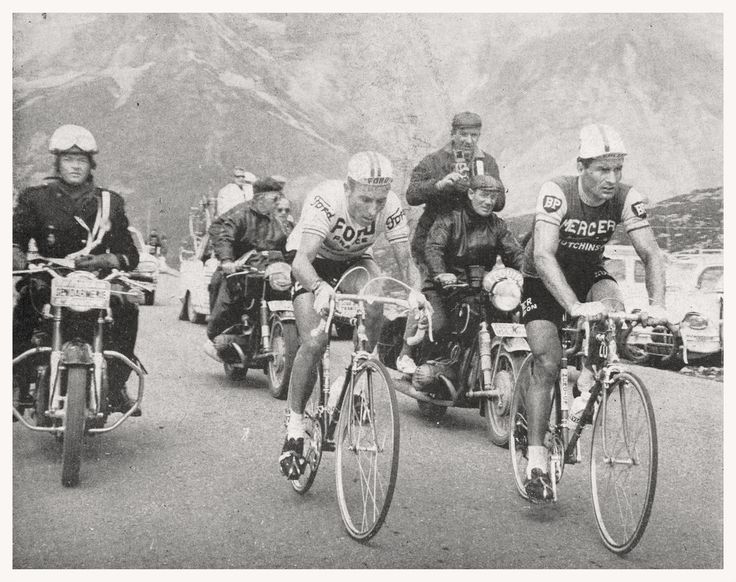 In 1985,Mercier, along with many other French bike and component manufacturers succumbed to the competition from the Asian bike industry. 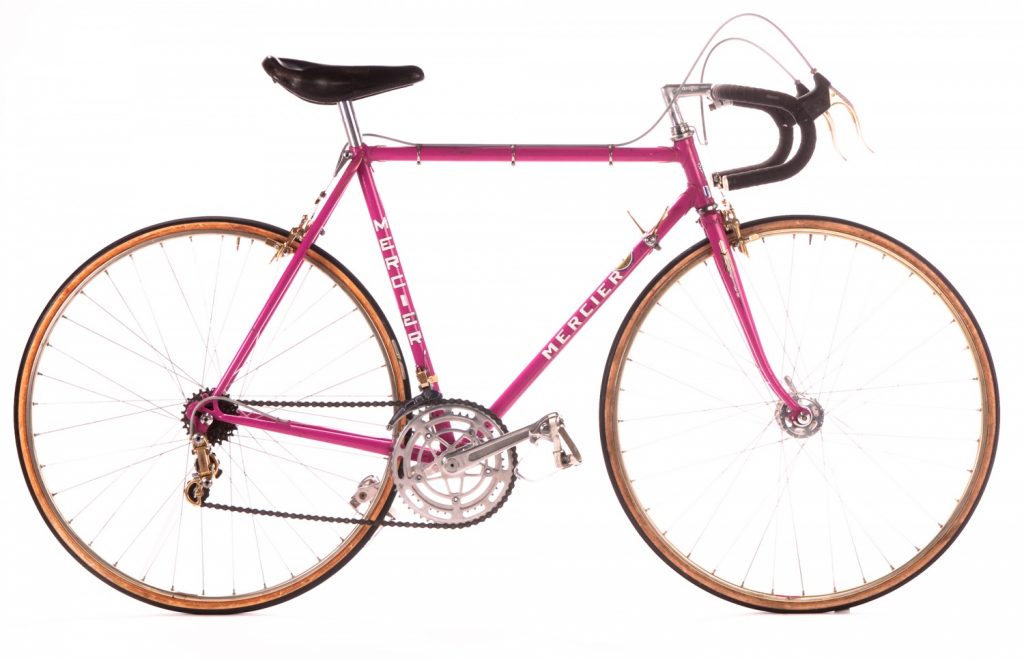 This Mercier was not their top model racing bike but was equipped with the best French components from that era. The Simplex Super LJ derailleurs are, in my opinion, the best derailleurs ever produced before Shimano introduced indexing in the early 1980’s. The French manufacturers specialized in one component, Simplex the derailleurs, Mafac the brakes, Maillard the freewheel, hubs and pedals and Stronglight the crankset, headset and bottom bracket. Together they formed a group, which they named Spidel, to compete with the groups of Shimano and Campagnolo who produced all their group components. 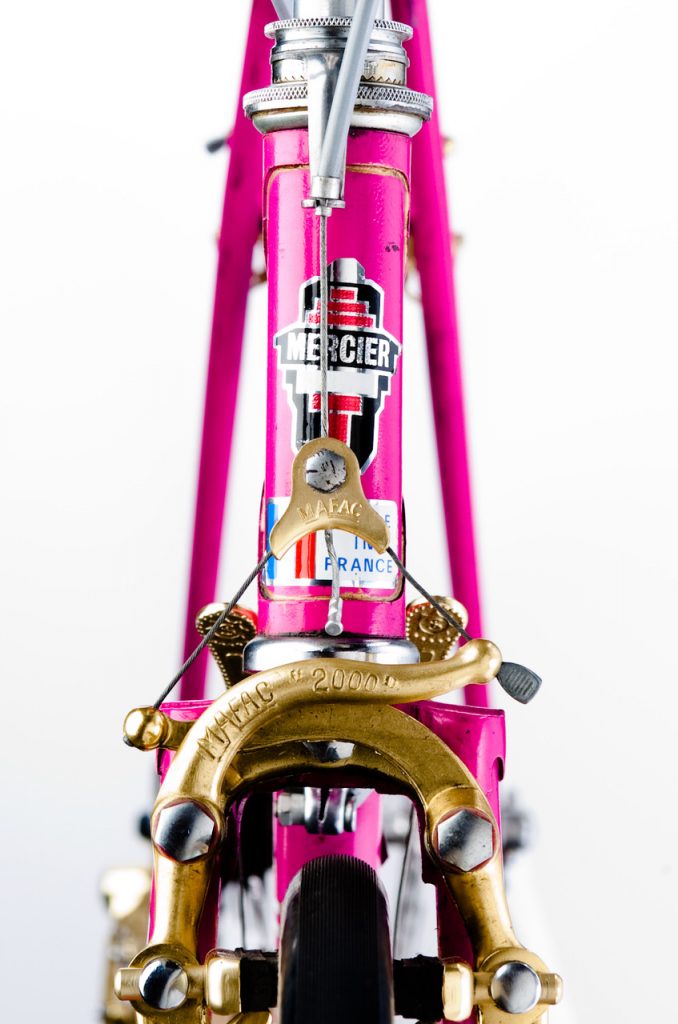 This bike was purchased at a very reasonable price at a French flea market in 1996 by my son, Michael Barry when he was racing as an amateur for Velo Club Annemasse in France. He acquired a number of old bikes with interesting parts at the French flea markets, which he would often stop at along his rest day training routes.