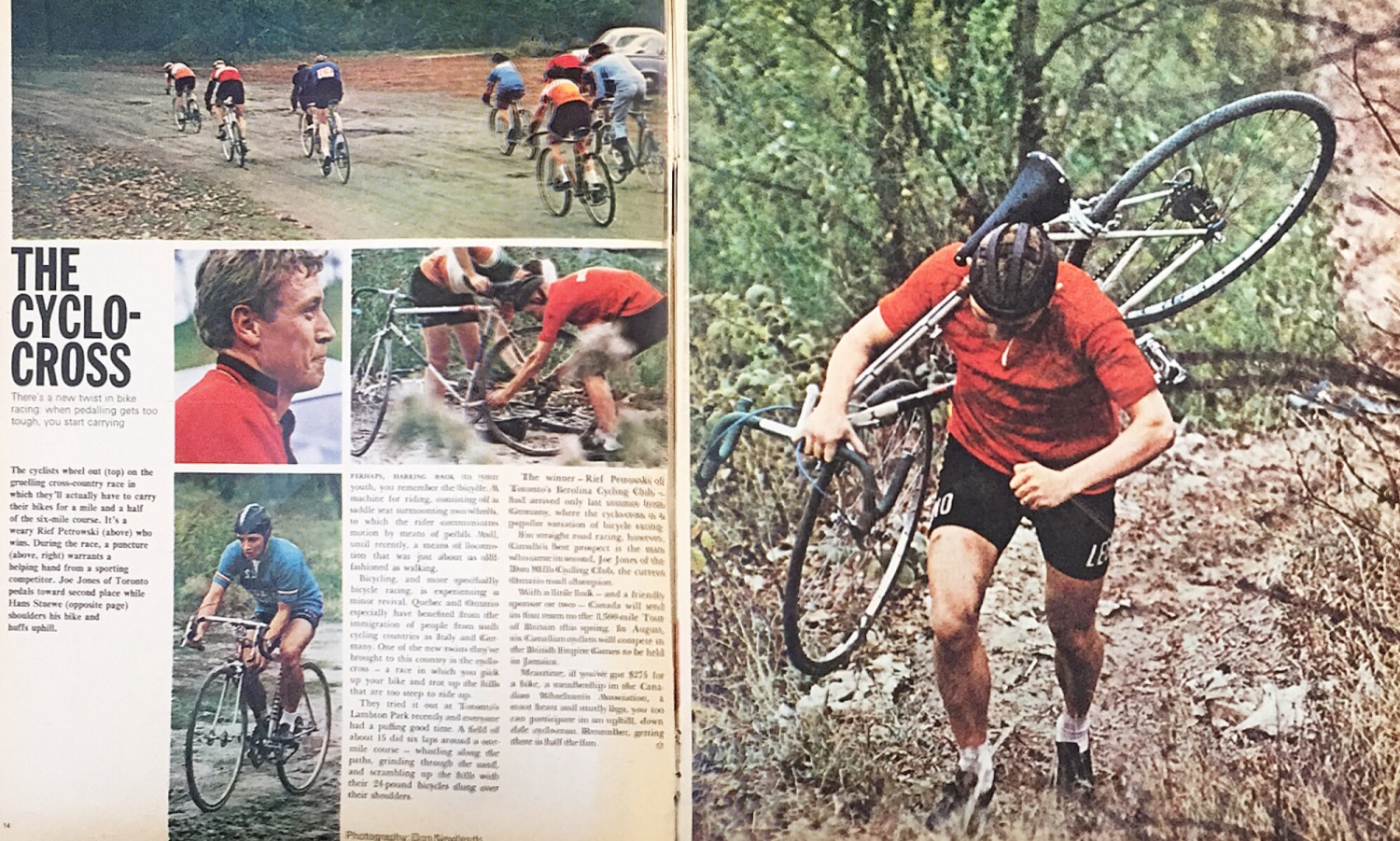 I arrived in Canada from England in 1964 with an old school mate and keen cyclist, John Bayly. We both soon got involved in the cycling scene and spent the remaining half of the season competing in races in Ontario, Quebec, New York State and Michigan. It was a great period. There were many new immigrants from Europe and most of the races were like internationals. Each club team was affiliated to a particular nation, Italia, Britannia, Berolina (German), Croatia, plus a number of Canadian and American clubs made up the fields.

As the road season wound down, John and I began thinking of cyclo-cross. We had both been keen cross riders in the UK and we assumed that there would at least be a few cross races before the winter set in. Our inquiries resulted in a blank. There was no cyclo-cross in Ontario or anywhere else as far as we could find out.

John and I decided that we would organize at least one cross race to finish off the season. We chose Lambton Park in the west end of Toronto on the Humber River. Our proposed course would include a number of laps with a steep run-up and a precipitous descent down to the edge of the river.

John worked in an office close to the park and one lunch hour he asked a young woman that he worked with if she would be interested in seeing the course that we proposed. She immediately agreed and they took off in John’s ’53 Plymouth. Unwisely he decided to drive around the course. He managed the rough descent down to the river bank, but the ascent turned out to be more of a challenge, as half way up he stalled the manual shift car and found that the brakes had failed. The car careened backwards down this very rough track towards the Humber River with John’s lady friend, understandably, screaming at the top of her voice. John was able to swerve the car to a stop alongside the river. They decided to leave the car where it was and walk back to work.

That evening I was asked to go with John to retrieve his car. I was given the task of making the second attempt up that rough path. We managed it and I was able to find a parking spot on a local street to leave the car overnight. The next day, a local mechanic was able to repair the brakes. One of the brake lines had been broken on the rough, rocky path. Those ’53 Plymouths were not known for their off-road performance.

The cyclo-cross race went off very well. We had about 15 starters who put on quite an exciting race but not as exciting as John’s episode with the car.

The second edition of the race held in November 1965 attracted the attention of the press and cyclo-cross made it to the front page of the Toronto Star’s colour magazine. 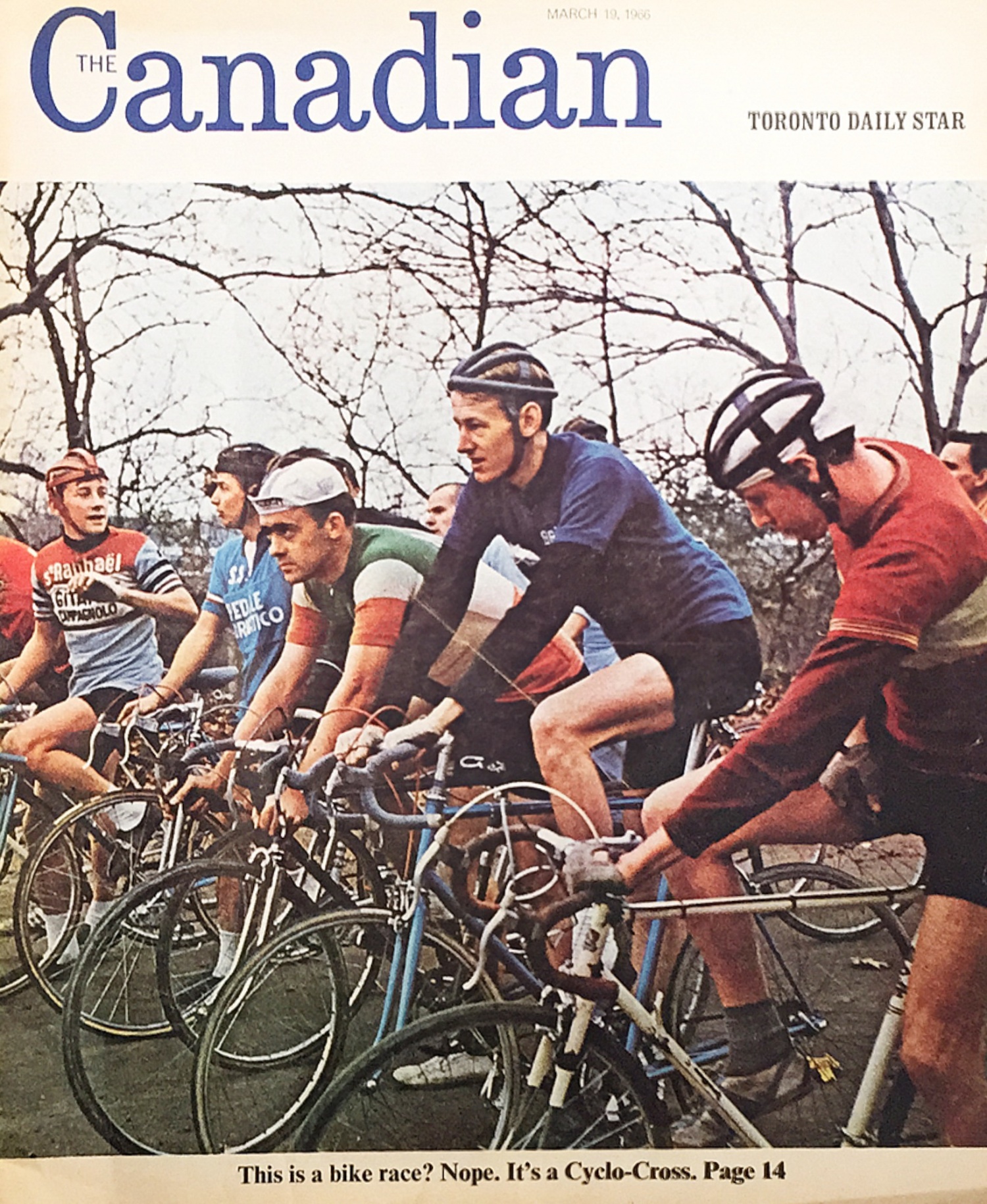 In the following years the number of cyclo-cross events each fall and the number of riders grew but twenty or thirty competitors would be a good field. All age groups and males and females all rode the same distance, usually an hour plus one lap. The Lampton Park remained a favorite venue until the early seventies when other organizers took over from us and mapped out courses in many other parks in the Toronto area. We formed the Mariposa – Bicyclesport Team around 1980 and the distinctive orange and blue team colours were at the fore-front of many of the races. 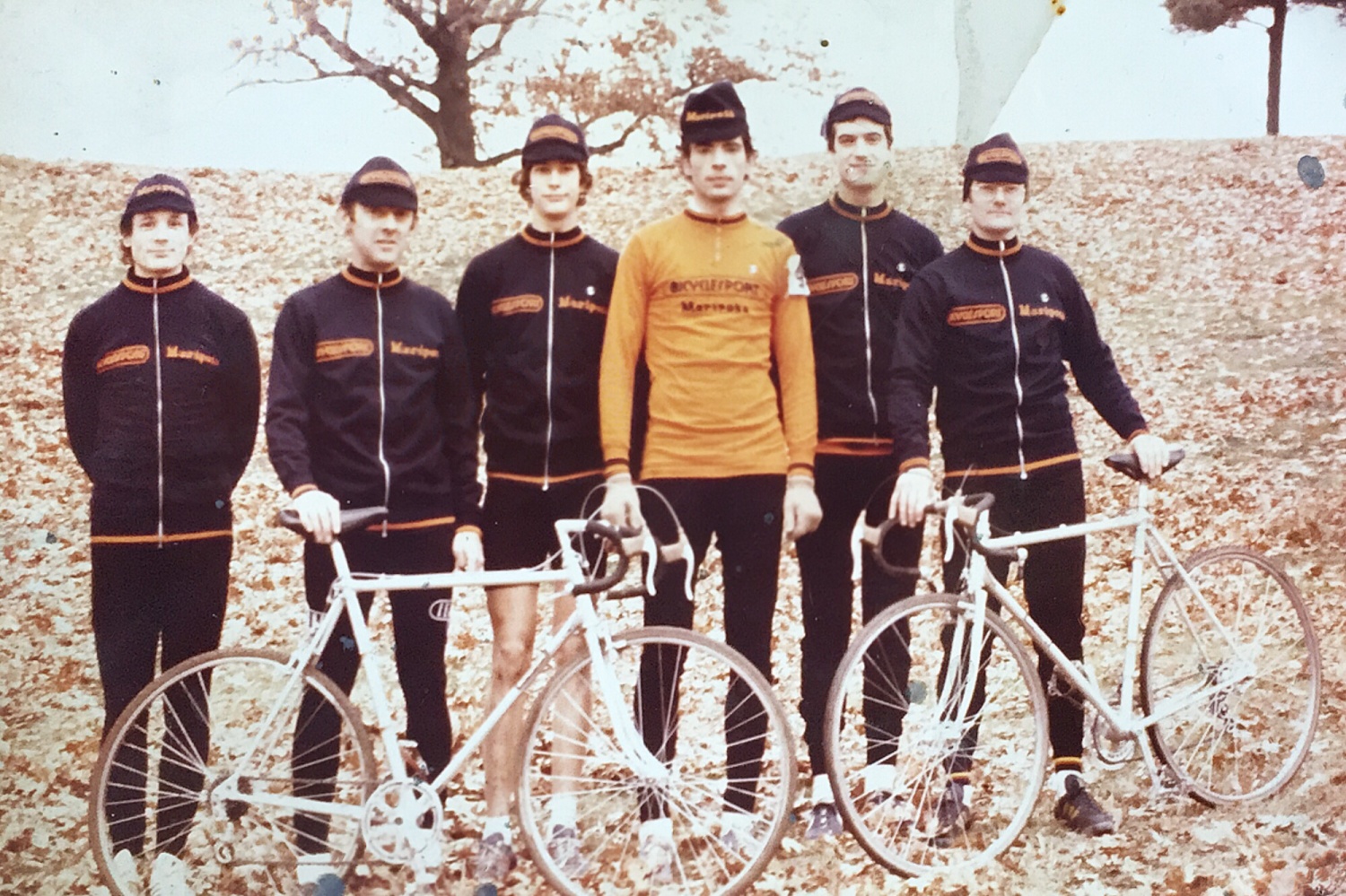 Since those cross races fifty years ago there have been some tremendous changes. Today close to three hundred riders attend races for many age categories. I’m sad to see that most riders compete in the masters categories for those over thirty five, whereas junior fields (under 19) are sparse. Should we not be encouraging young cyclists to participate in this safe and fun form of cycle sport?