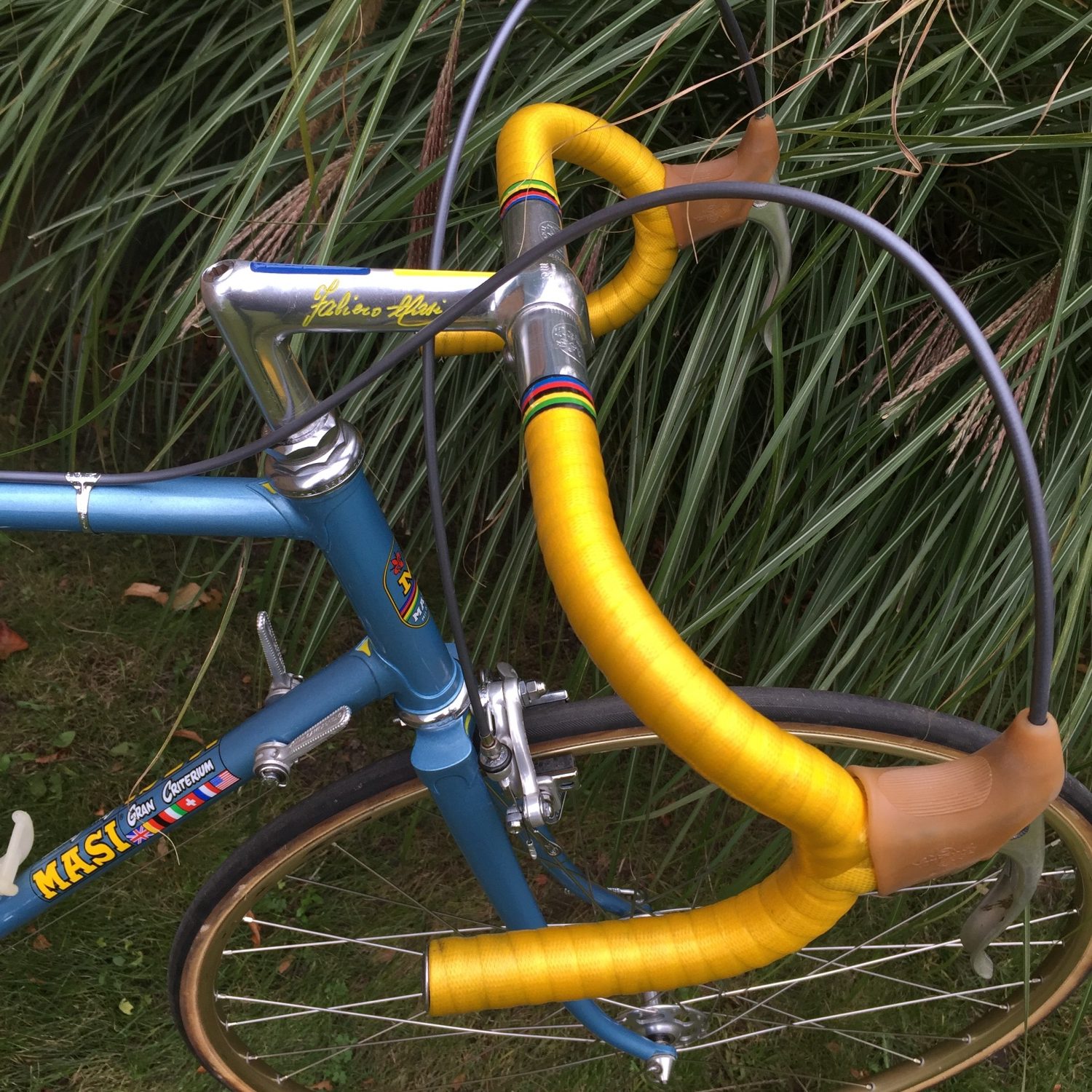 My earliest memories of Maurice Jefferies are of him riding the Herne Hill Track in South London, England in the 1950s. He was a prominent member of the Norwood Paragon Cycling Club, the dominant club at the famous London track and was selected to be a member of the team pursuit squad at the 1952 Olympics. Unfortunately he crashed heavily before the Games and forfeited his place on the team.

Some years later I met him in Canada. He had emigrated in 1954 and although he still raced he was by then more interested in coaching. By the 1960s, he had been made coach of the Canadian National track team. His position as coach took him to many of the most important races in the World, including the Olympics, Commonwealth Games, and World Championships.

In the 1970s he became technical director of the Canadian Cycling Association and in that position worked at the 1974 World Championships and the 1976 Olympic Games both held in Montreal.

At both of those events the Masi company of California and Campagnolo were selected to supply spare bikes and technical service. Maurice worked along with the two companies to ensure that they had the best facilities possible. In their gratitude they presented Maurice with this fine Campagnolo equipped bike, one of the spare bikes used in the races. 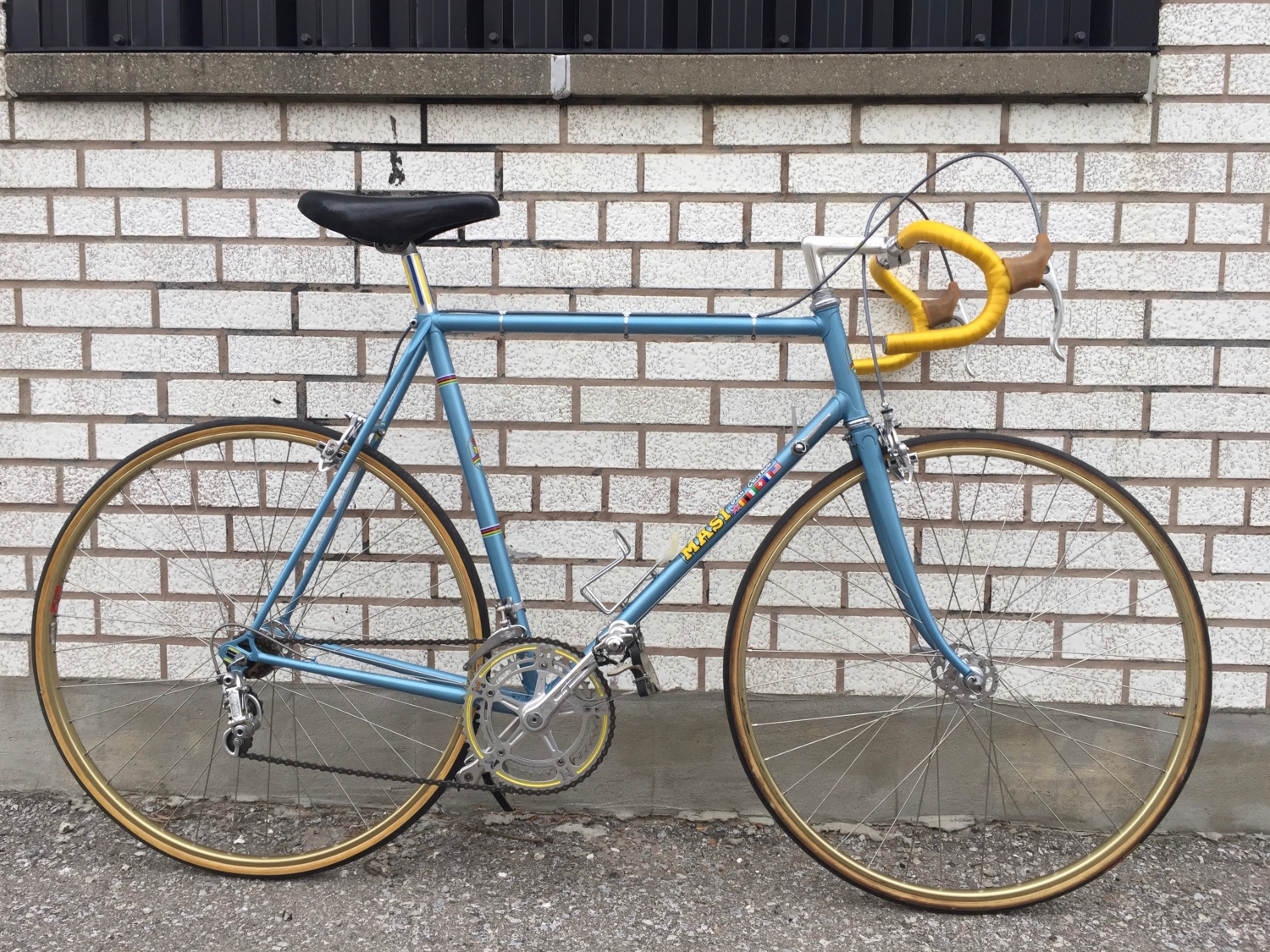 Maurice rode the bike for the next forty years. As his wife Mary says “It was his pride and joy”. Over the years he made some changes. Indexed gearing was added as were clipless pedals. It was repainted and levers for hidden brake cables replaced the old Campagnolo ones.

Following the Montreal Olympics, Maurice became a UCI official using his years of expertise officiating in international events around the world . He continued as a commisaire and taught courses for commisaires until his retirement in 2008.

Maurice passed away peacefully in 2016. Soon after that Mary, his wife, called me to say that she would like me to have his Masi. She knew that I would appreciate the bike and its history. I was delighted and my wife Clare and I drove down to their home in Hudson, Quebec. After a very pleasant lunch with Mary, we picked up the bike and drove home.

As to be expected the Masi showed signs of forty years of wear and tear. I decided that it should be brought back as close as possible to the condition it was in 1976 when Maurice received it.

The first job was to remove the paint, which was not original and give the frame a close inspection. At this point we discovered that the frame had been in an accident at some time and that there was a ripple in the down tube. The tube was replaced in the Bicycle Specialties – Mariposa Bicycles workshop and all the components were cleaned. The parts that weren’t original were replaced with parts from my collection.

Our painter, Peter Morse, did some research into the colours and decals used on the original bikes and repainted the frame and the engraved components. 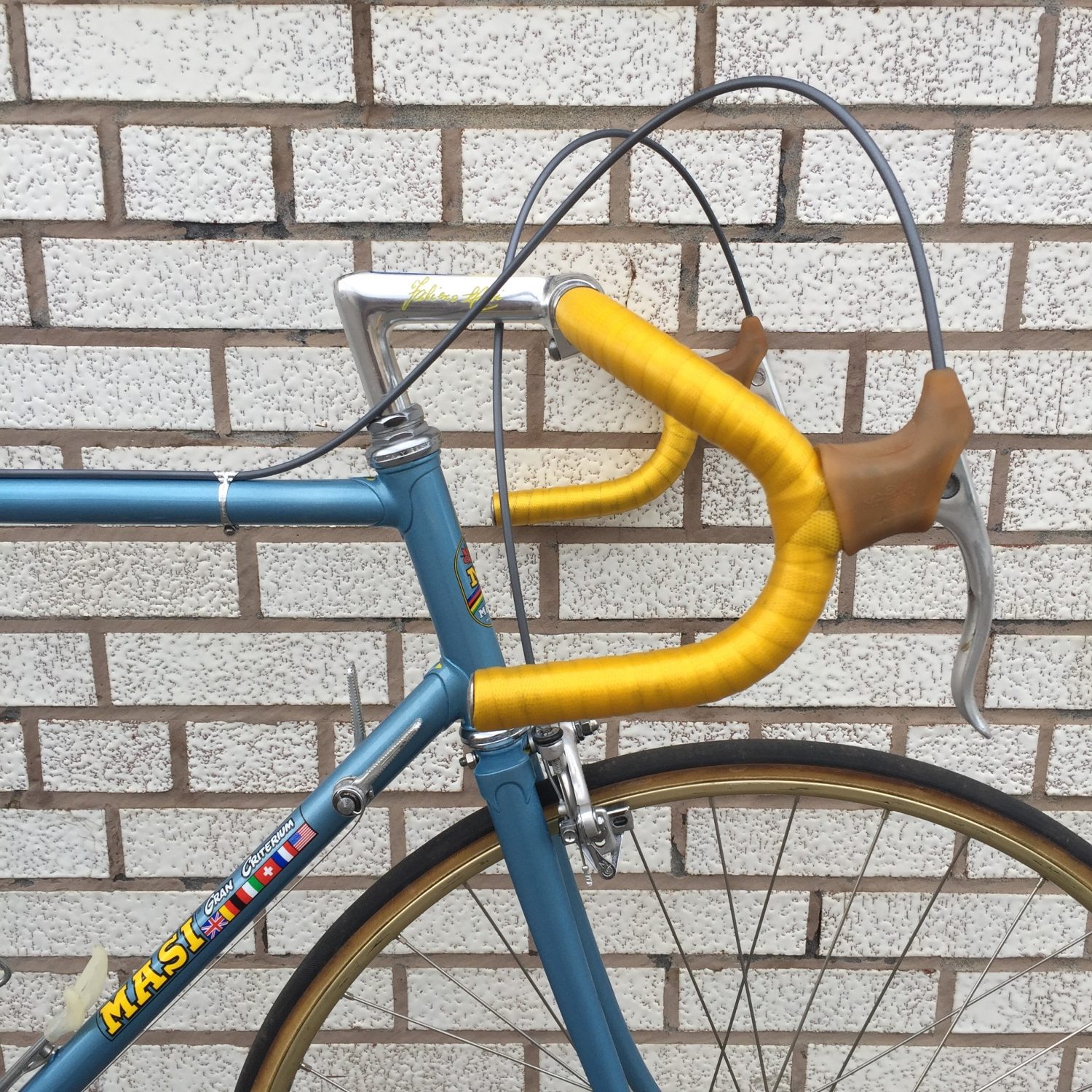 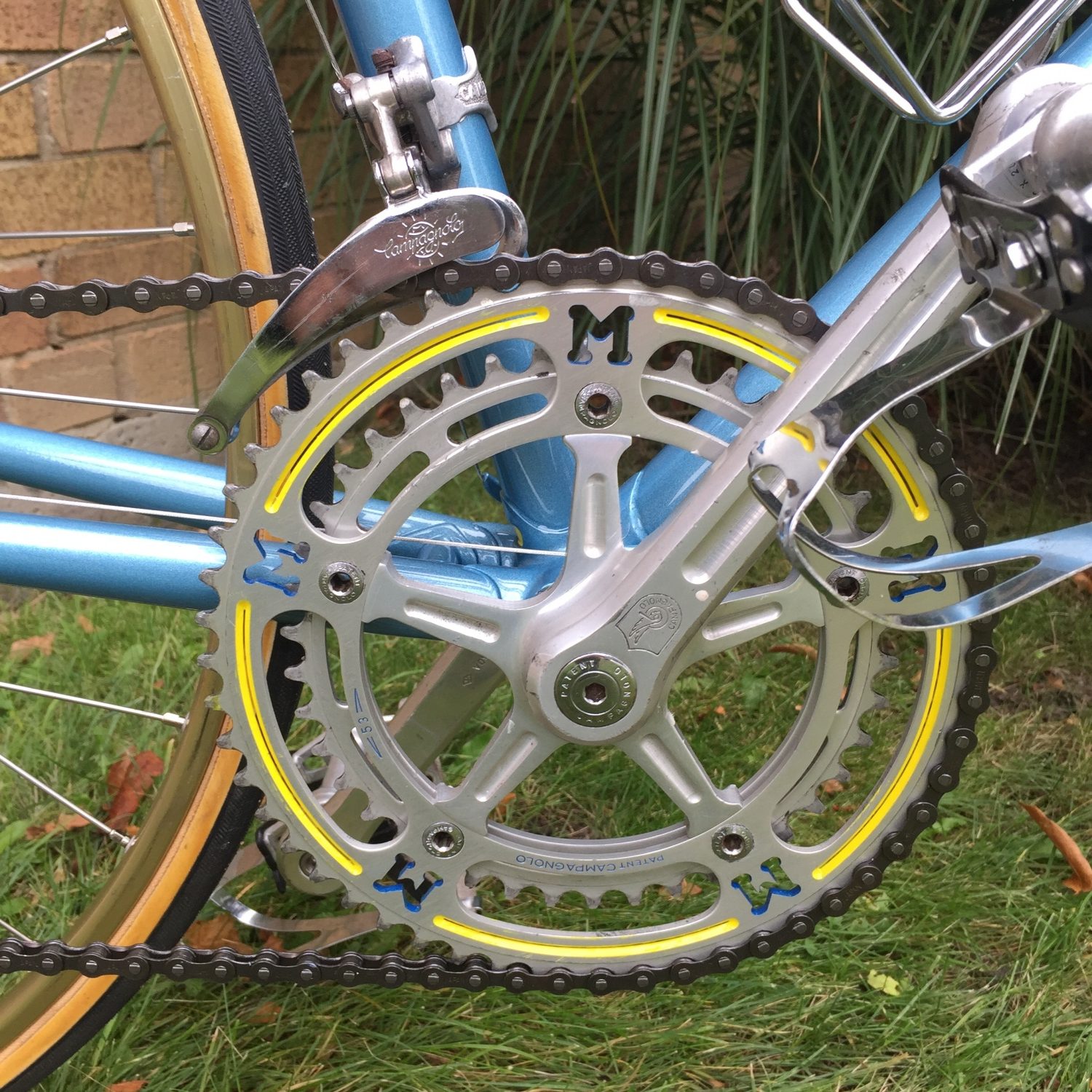 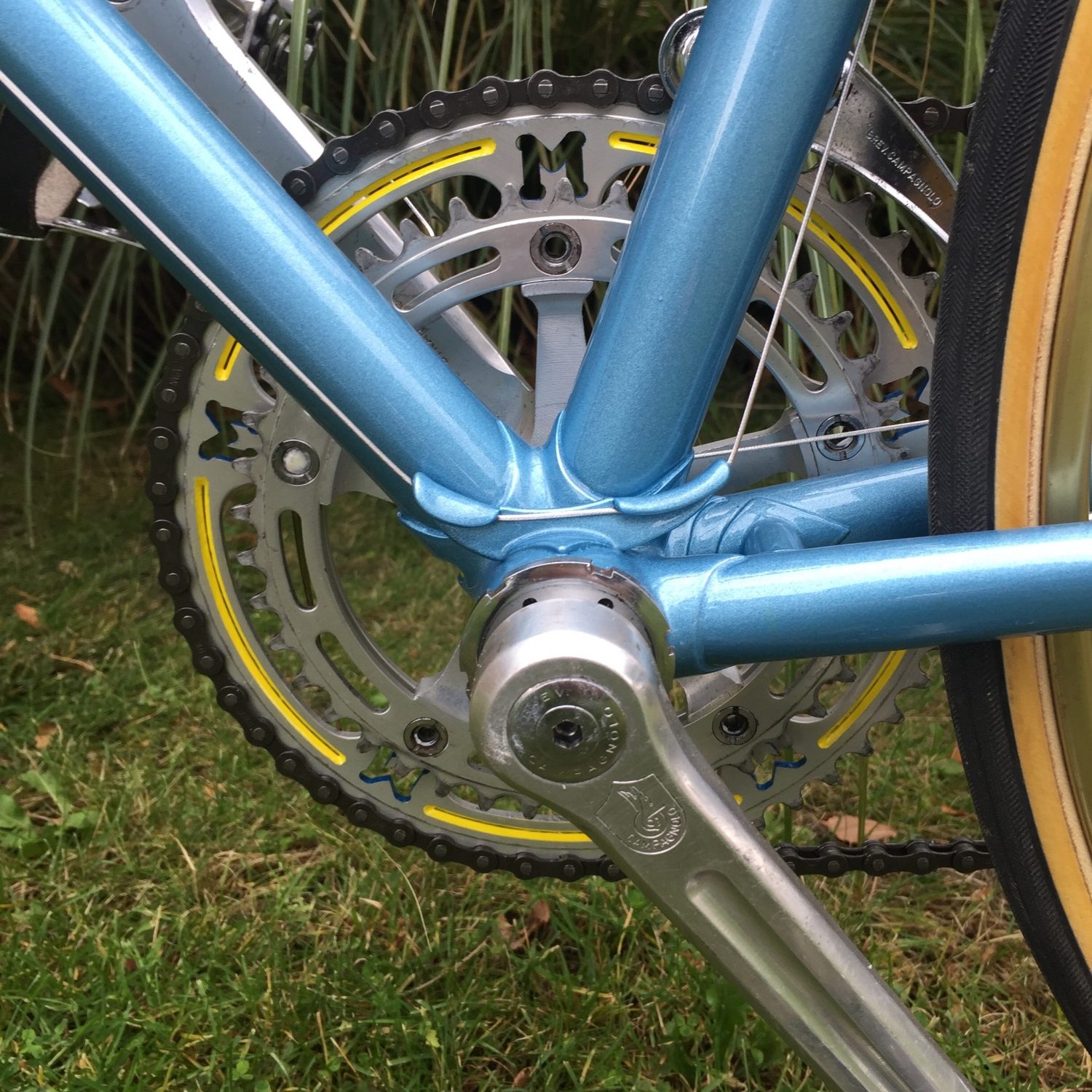 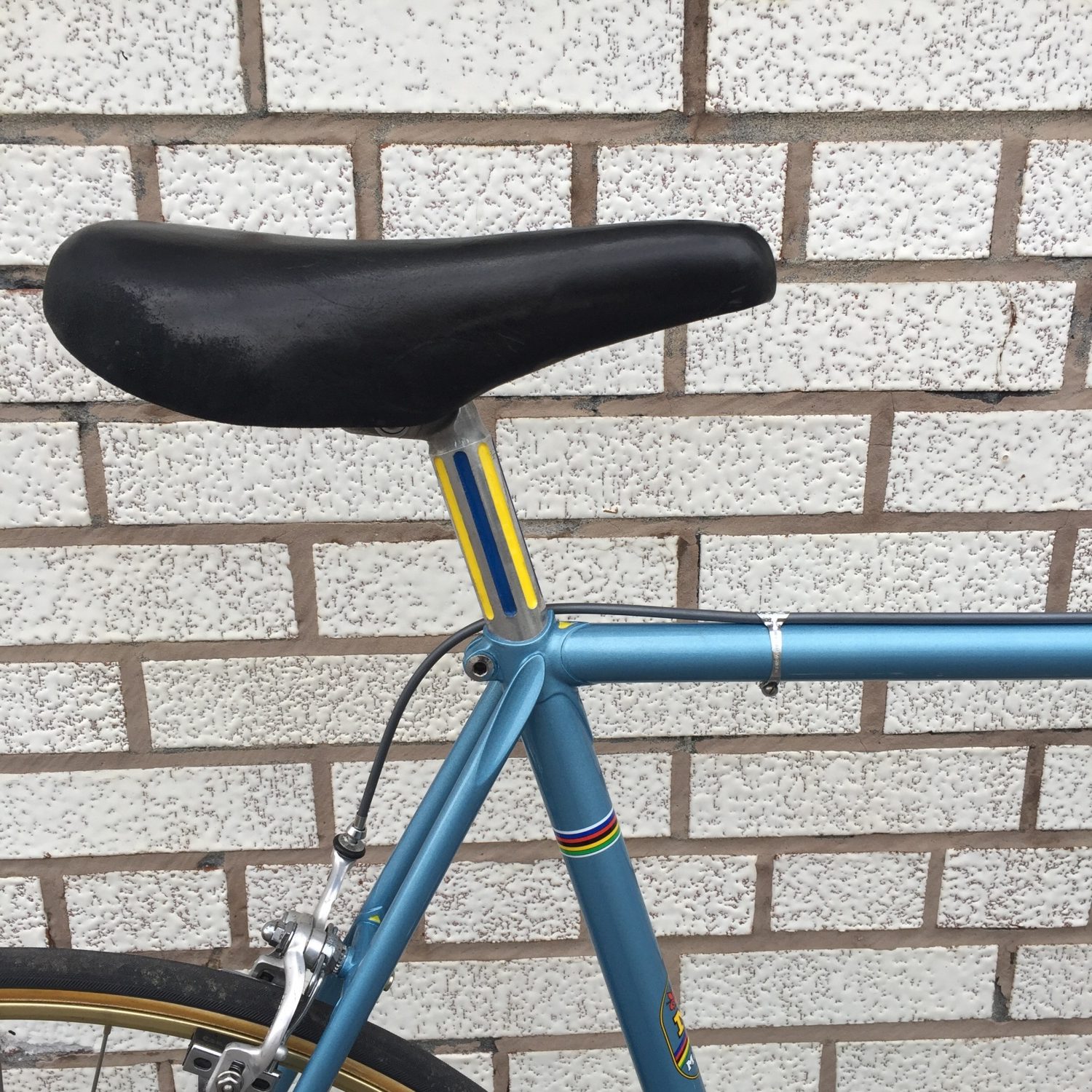 The bike now is very close to being like those wonderful neutral service bikes that I had seen in Montreal forty years ago. 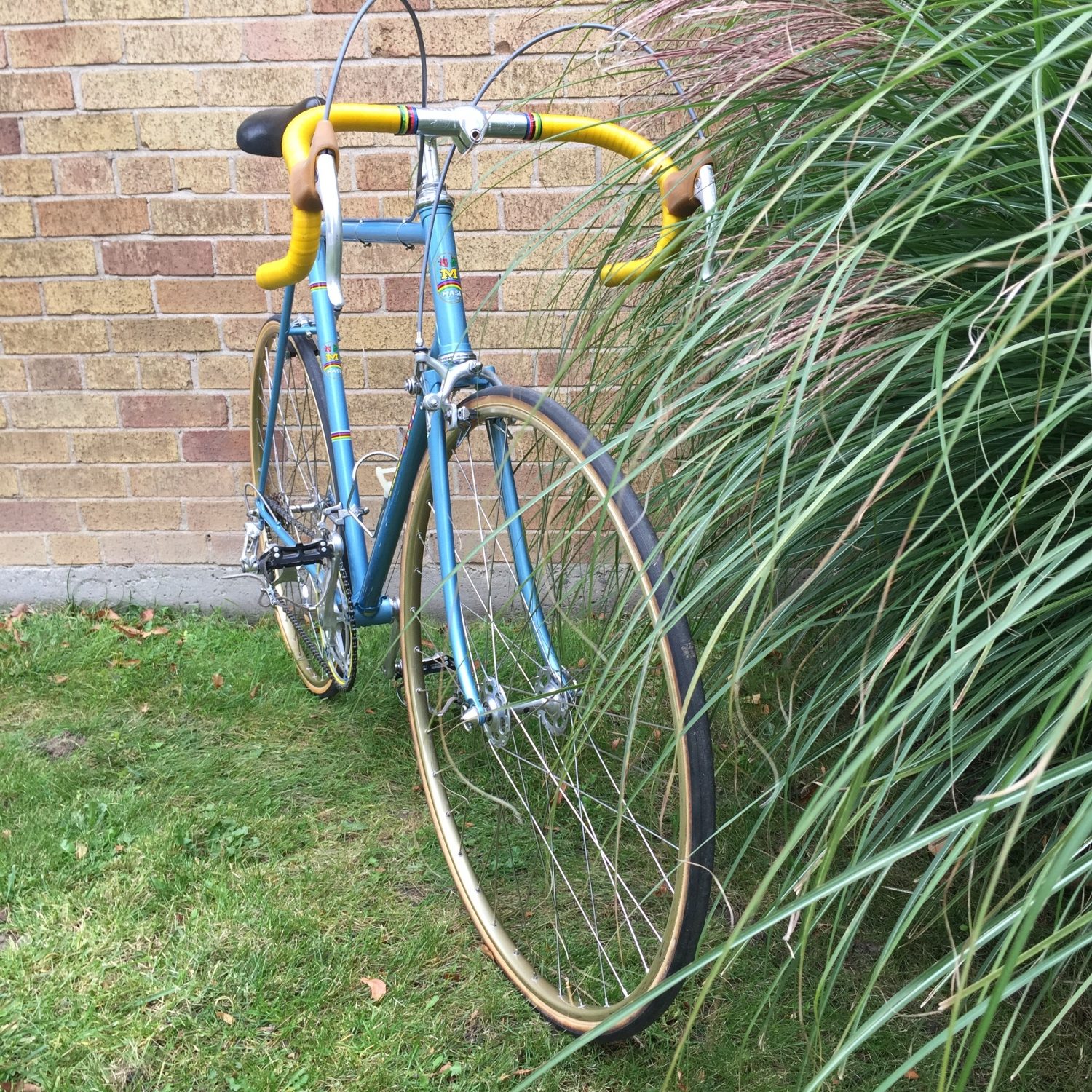 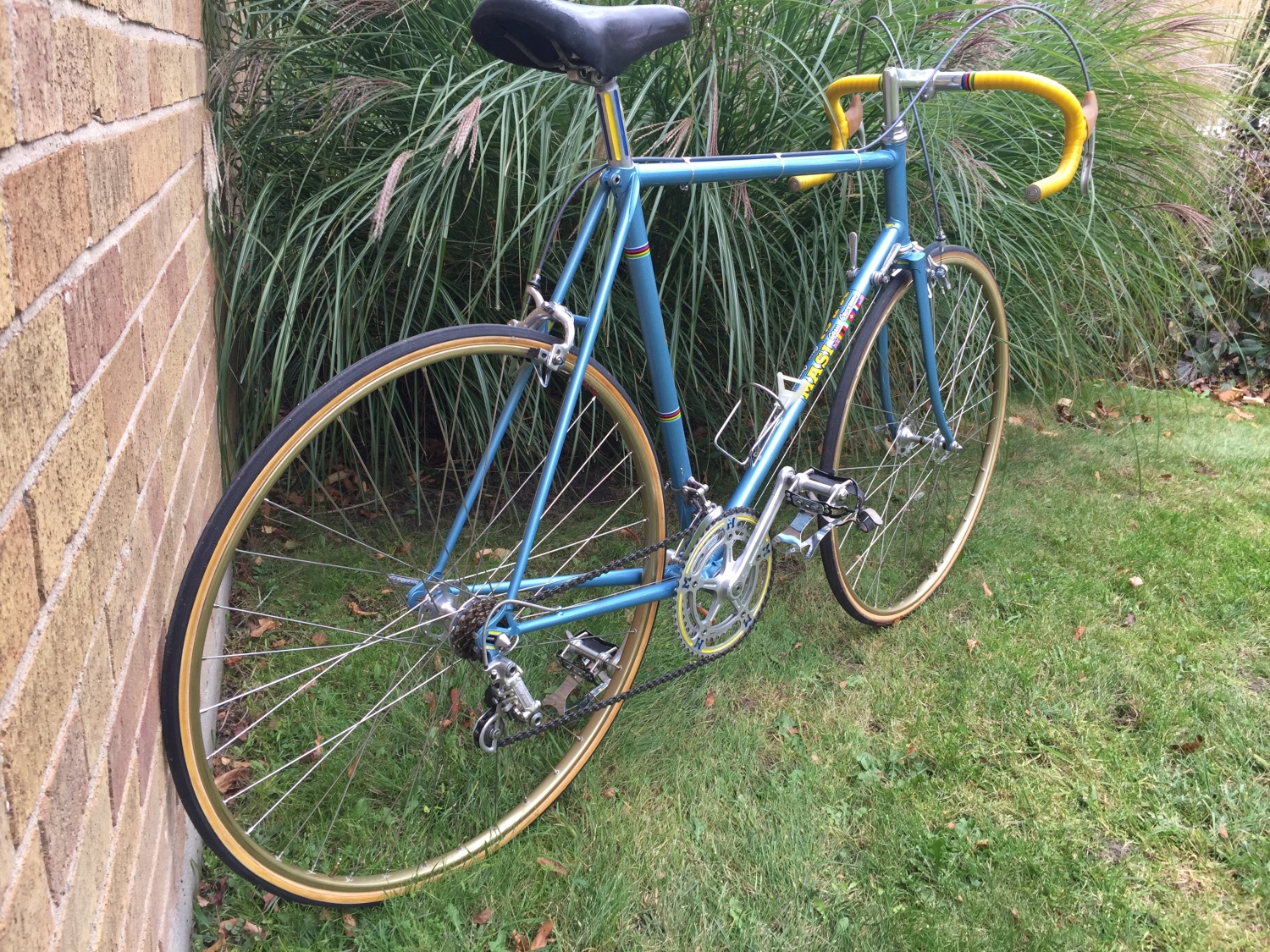 10 thoughts on “Restoration Feature: Maurice Jefferies and his 1970s Masi”