Those Chain Gears And A Funky Bike 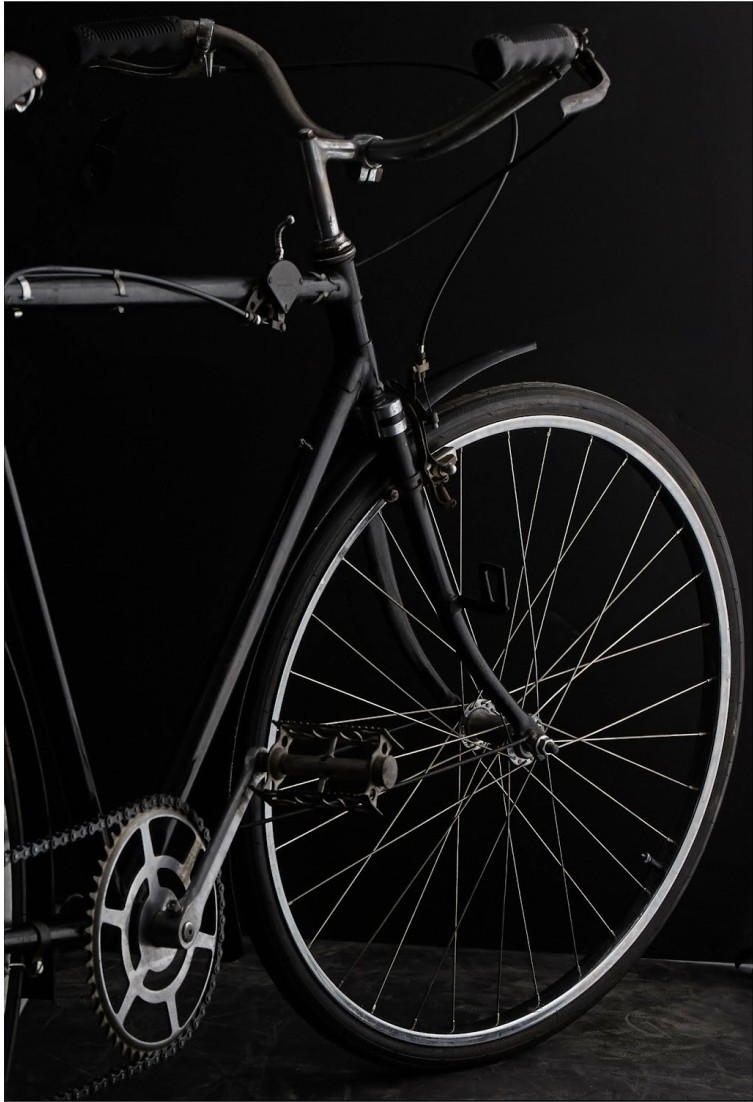 In the early part of the twentieth century variable gearing became available for bicycles. In France a number of companies marketed derailleurs in two or three speed versions with double chain-wheels coming along a little later, doubling the number of gear ratios available.

In Britain hub gears were the most common form of gearing on bikes. The Sturmey-Archer Company was founded in 1902 to build three speed hubs and later made a wide range, offering three, four and five speed versions. Their hubs dominated the market. The Raleigh Company, who owned Sturmey Archer did not sell a bike with a derailleur and they produced more bikes than any other company in the World.

In France almost every bike was fitted with a derailleur. Hub gears were just about unheard of.

The advantage of the hub gear over the derailleur, so the advertising said, was that it had lower friction as there are no chain tensioning pulleys and that the chain always runs in-line. However there was certainly some friction to overcome in the hub gear except when the “normal” gear was selected and the internal gears were not in use.

The big advantage of the derailleur was that just changing the sprockets or chain-wheels fitted to the bike could easily change the gear ratios. There was no means of changing the increase and decrease between gears in a hub gear, it was typically 25% decease from ‘normal’ and 33% increase. One could, of course, change all the gear ratios by changing the size of the sprocket or chain-wheel but the percentage change between the ratios would remain the same.

I can remember, as a young kid in Britain, being told “ you don’t want to get one of those chain gears, a hub gear is much better”. The big argument was that the chain always ran in line and that was a valid point. The chains, up until the ½”x3/32” derailleur chains were introduced in the late forties, were ½’x1/8” the same as those used these days on track and BMX bikes. Most 1/8” chains do not run well if not in line, although those made in France seemed to run well enough on the standard, at that time, three speed freewheels. 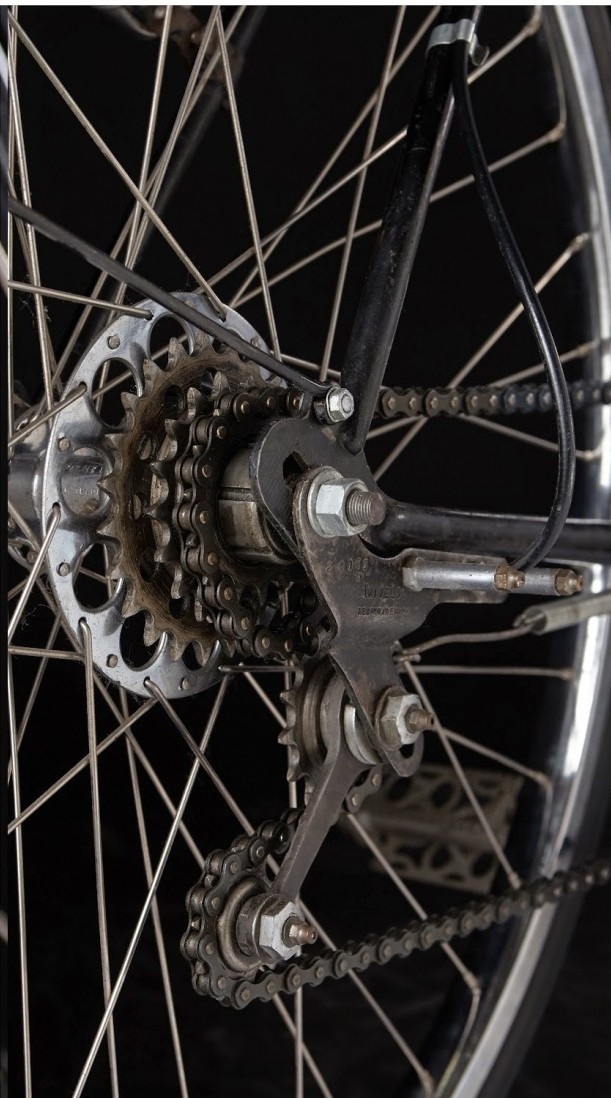 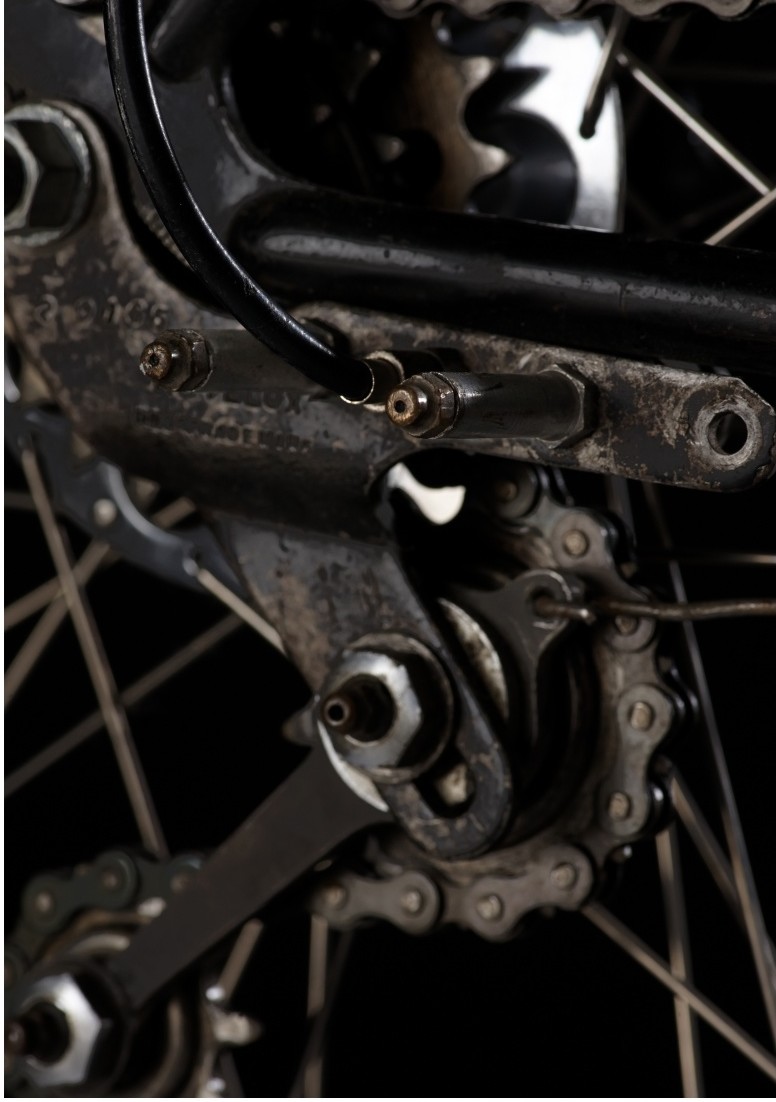 The TriVelox freehub body has splines on which the three sprockets slide laterally, push and pulled by a spring loaded cable control. 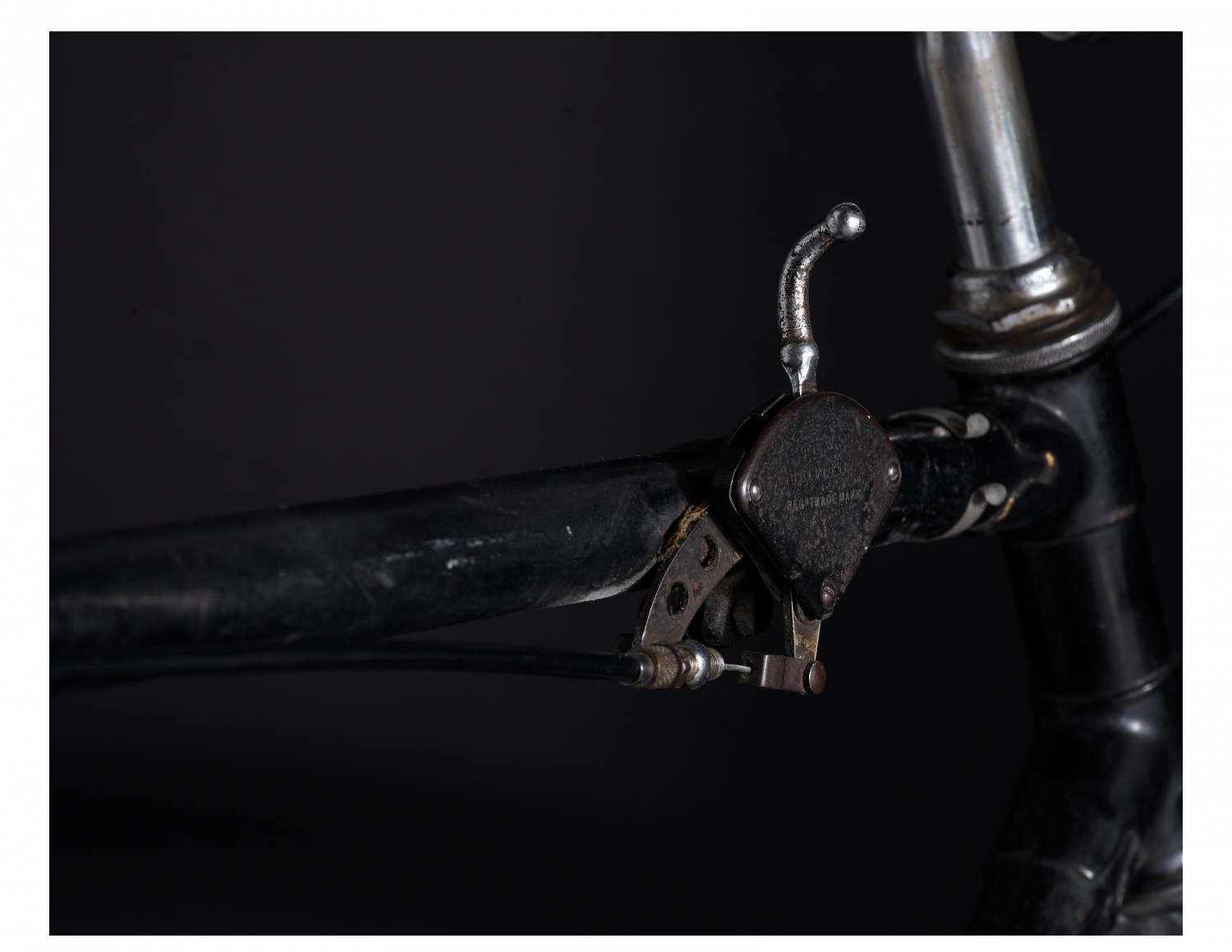 The top-tube mounted lever is indexed and the whole mechanism works well. This was almost fifty years before Shimano “invented” indexed derailleurs in the late seventies.

Although the Trivelox works well it could not compete with the many French derailleurs, especially when the 3/32” chains became available and four and five speeds were possible.

Some years ago a German engineer introduced an eight speed sliding sprocket derailleur at the Cologne Show. It seemed to work very well but never went into production as far as I know.

Now with eleven gears the chain is ‘out of line’ in most of them but with todays very narrow and flexible chains it is not much of a problem. The chains do wear out much quicker than the old ⅛” chains but I guess that is a small price to pay for all those gears. 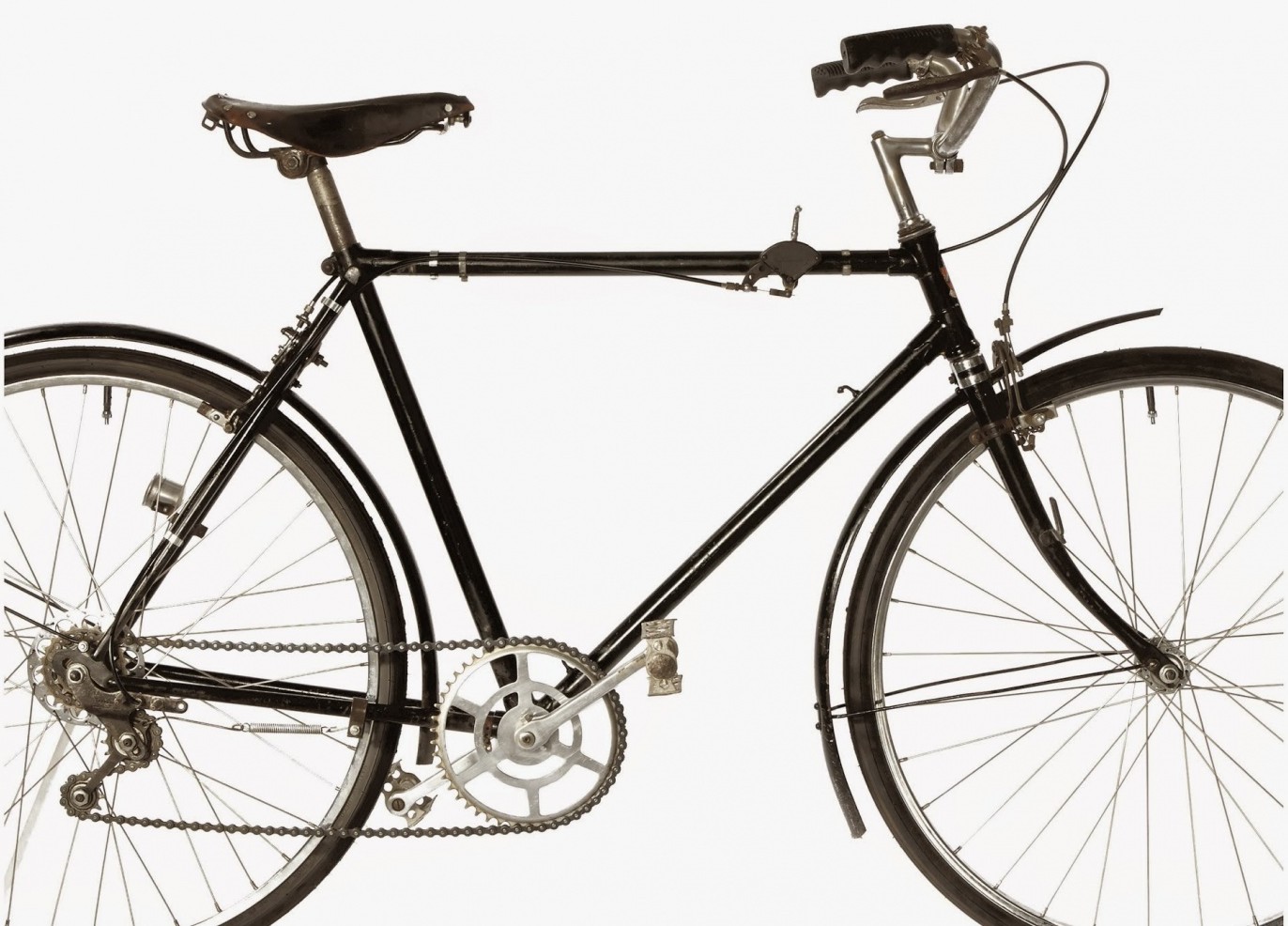 This Norman bike is fitted with the earliest model of TriVelox. The sprockets are moved laterally on a splined hub by a steel plate that is mounted between the two larger sprockets and is extended forward to a spring-loaded cable. An indexed lever mounted on the top tube pulls the cable that in turn pulls the sprockets to line up with the chain. 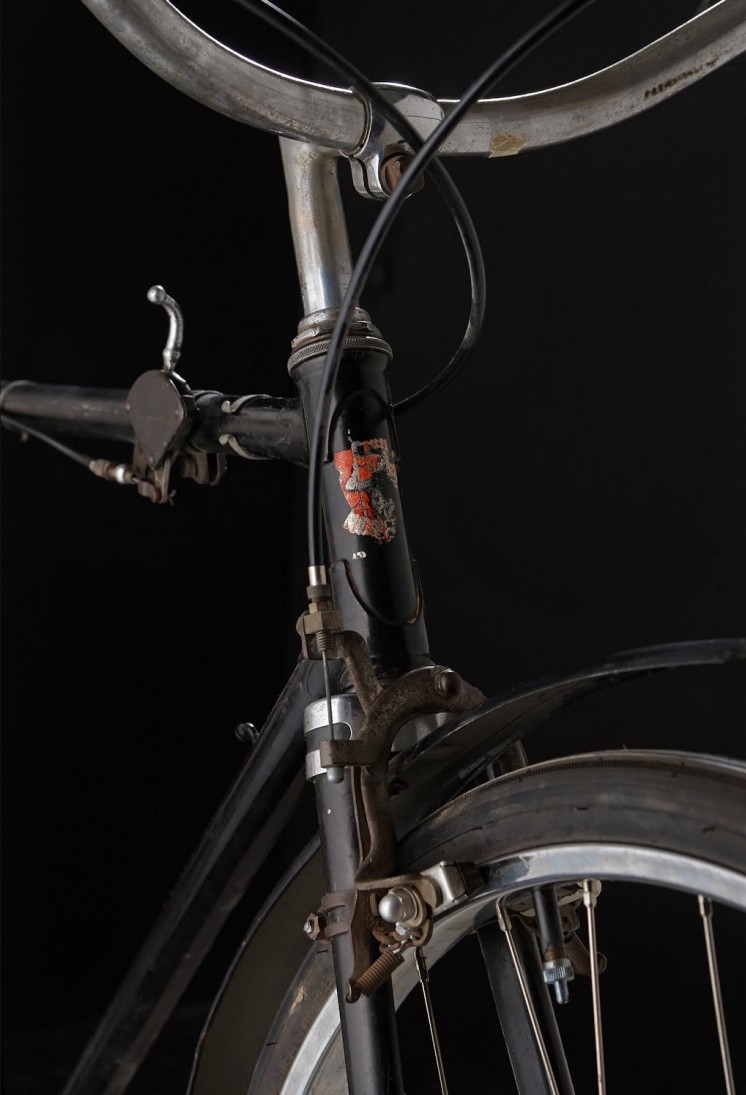 Norman bicycles were made in Ashford, Kent, England between the early twenties and 1954 when Tube Investments acquired the company and production was transferred to the vast Raleigh plant in Nottingham. The Norman brand name was used by Raleigh, mostly on export models, until the mid seventies.

This bike built in around 1932 is fitted with an assortment of odd components. The handlebar and stem are from the Canadian Company CCM. The rear brake is a centre-pull Phillips and the front a side-pull Bowden. 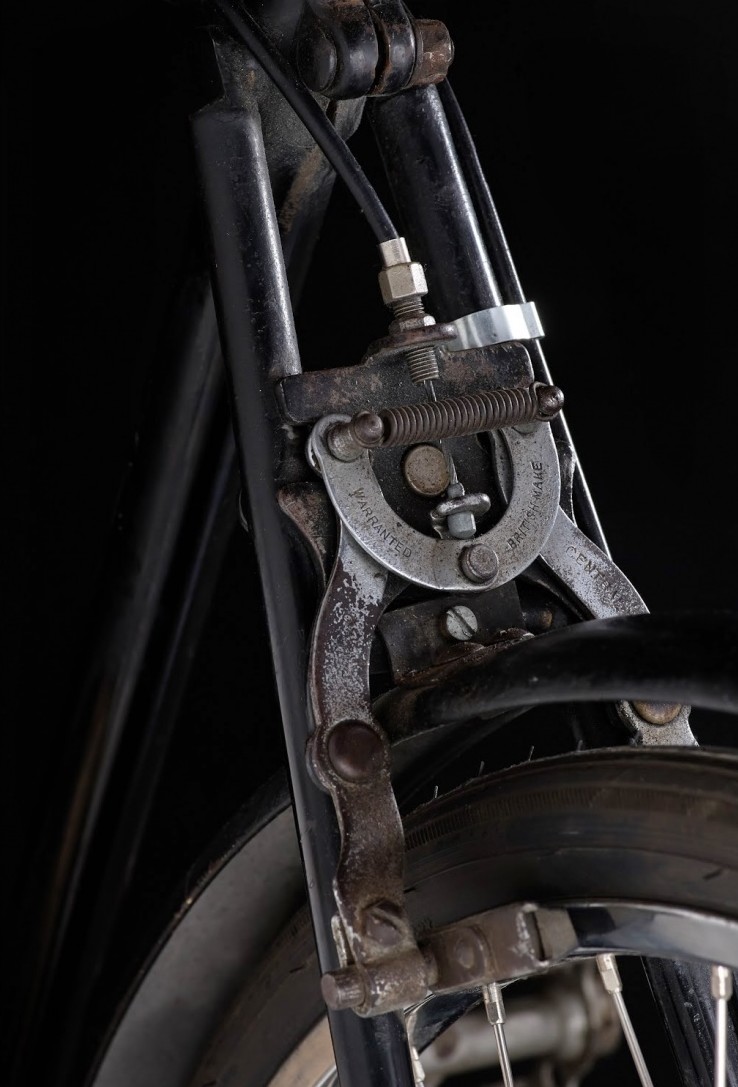 I acquired the bike when a young woman came to the shop to get it repaired. She had brought it in previously for small repairs and I had offered to buy it. She had been adamant that there is no-way that she would sell her “funky bike”. However on this occasion she changed her mind and accepted my offer to take the Norman as a trade-in on a new bike. It remains an interesting part of my collection.