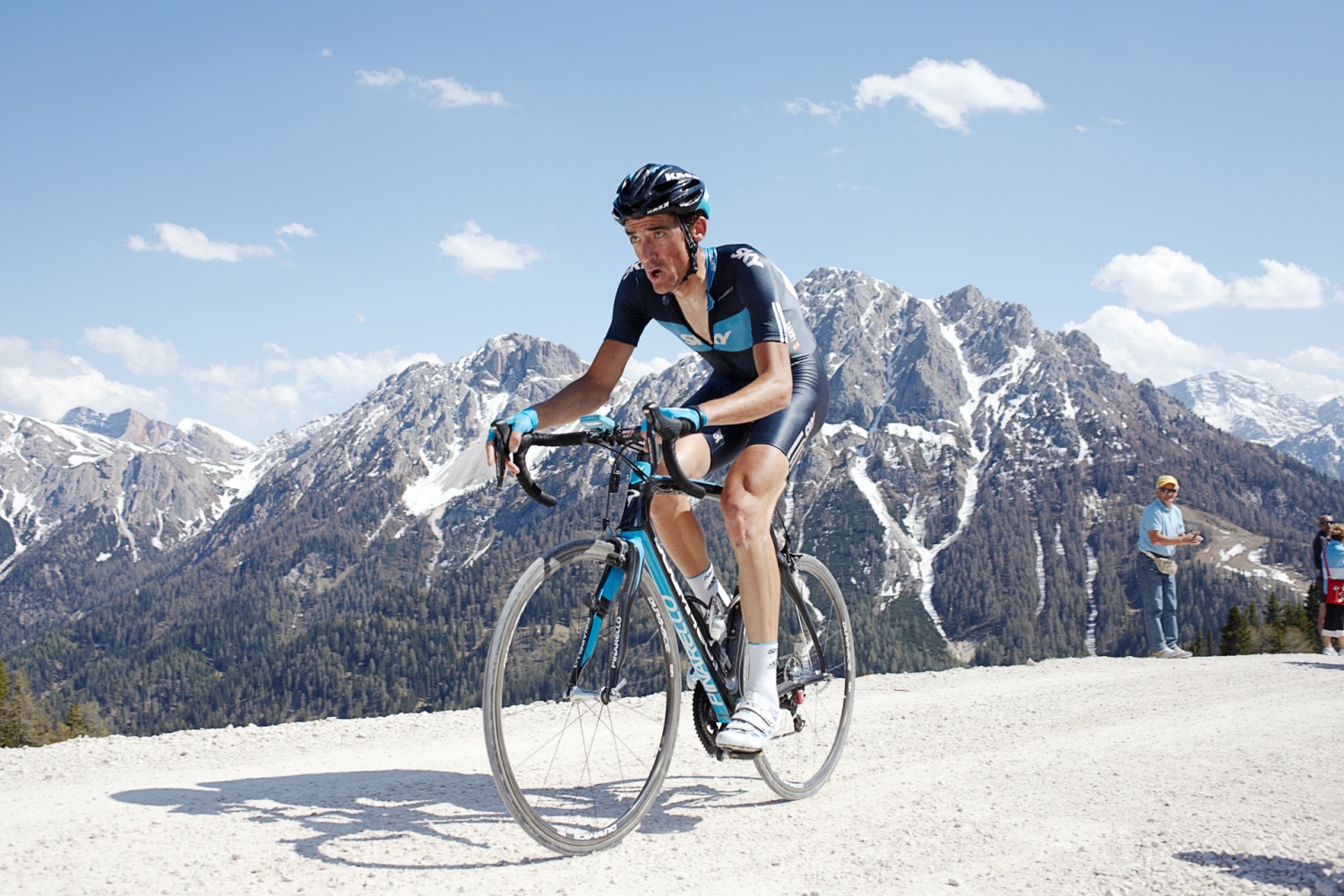 Some moments we remember vividly, as if they are a motion picture unfolding in our memory, others become snap shots, while others become blanks, lost deep in our minds. Having ridden thousands of races in my lifetime, more than a few are lost memories, only recalled when reminded by a friend. With others, I can close my eyes to find myself back on the bike, feeding the effort, feeling the pedals, the sway of the bike, hearing the directives from the team car, and eyeing the competition while gauging and sensing.

The 2010 Giro was the toughest, yet most exciting Grand Tour I have ridden, and from a spectator’s perspective it was thrilling to watch, as the courses were dynamic inciting heroic rides. Many of the stages are etched in my memory for their difficulty, or the beauty of the course, or the laughter on the team bus soon after the finish line had been crossed, or the effervescence of the spectators.

The 2010 race was a spectacle from start to finish. In the last two decades professional cycling has become formulaic and the Giro’s organization set out to create a race that cracked the formula. In recent years teams have figured out how to control the variables by eliminating the unknowns. The unknowns are what make cycling interesting, dramatic and thrilling, for both the cyclists and the audience. Many of the courses produce predictable outcomes making the racing mundane.

Yearly, the Giro organization works to break that mold to form a spectacle. In 2010, they mapped a course, which was both challenging and entertaining. Daily, I knew I was racing a stage that I would one day recall fondly. Somehow, it seemed we were returning to cycling’s roots where unpredictability makes the race and provides the challenge. The unknown elements are what make any bike ride memorable.

The mountain time trial up to Plan de Corones is a ride I will forever remember. The climb is incredibly steep, especially over the final kilometres to the peak, which is at 2,275 metres altitude. It would take us roughly 45 minutes to ascend the mountain.

On the start line, the Guns ’n Roses song “Welcome to the Jungle” wailed from the sound system. Their beat would pulse through my mind, as I set off. A celebrity guest to the race for the day, the Formula One driver, Fernando Alonso, was on the ramp with the two podium girls, to send the riders off. The digital clock on the podium ticked down the final seconds before I pushed down on the pedals and set off up the mountain. Then I was alone with the long ascent straight in front of me.

The road up the climb was at first paved with fresh tarmac so smooth the tires hummed. It then digressed to gravel. I sunk myself into the effort, feeling the crunch of the gravel under my wheels, sitting back firmly planted on the saddle. Then, as the gradient increased, I shifted forward, out of the saddle, pulling hard on the handlebars, and muscling the bike towards the summit.
The snaking switchbacks became tighter as we cut through the trees, passed the dormant chair lifts, up above the tree line on to grassy slopes and higher again, until patches of snow appeared on the roadside. Only a few months earlier skiers had been schussing down the same slope.

The climb is long and tough enough that the sprinters, who are more muscular and struggle uphill, were all concerned they wouldn’t make the time cut off imposed by the race commissaries; they would have to turn themselves inside out to meet the limit so they weren’t thrown out of the race. For the climbers and the race leaders, the ascent was decisive enough to determine the overall victory of the Giro. For the rest of us, we had to ride a good tempo but there was no pressure to perform which, on one level, enriched the experience allowing me to absorb the environment and experience instead of pedaling in a cloud of lactic acid.

The climb is unique in that the final kilometres aren’t on a proper road but on a ski run. The race took us up a narrow gravel road maintained for the snow machines and other ski resort maintenance vehicles.

The ascent is tough but the final kilometre was the steepest bit of road I have ridden. It was arguably faster to run it than ride due to the gradient. In a normal stage finish we would usually clip through the last kilometre in a minute, or less, but on the climb every pedal stroke was laboured and every meter was counted.

At the finish line, the views were spectacular. On the mountain peak we were surrounded by an wall of snow capped peaks and covered by a crystal blue sky. The descent off the peak in the cable car (the only road up and down was the one being used by the race) was equally memorable. Each of the riders sat in his own personal gondola, with his bike. The silence in the gondola was calming after the intensity of the crowds and the effort up the climb. For half an hour, I was able to reflect on the ride, the race, the Giro and absorb the beauty and serenity of the countryside.

A professional cyclist races up countless mountains around the world. I only once had the opportunity to race up this gravel road that would likely never be open to cyclists on any other day of the year, or maybe ever outside of the Giro.

Soon after the race, I put together a helmet camera clip of the last 450 meters of the mountain time trial. The camera, a GoPro HD, was mounted on my following motorcycle driver’s helmet. The music is by Paolo Conte and the song is “Bartali”–a tune about the Italian cycling icon Gino Bartali.