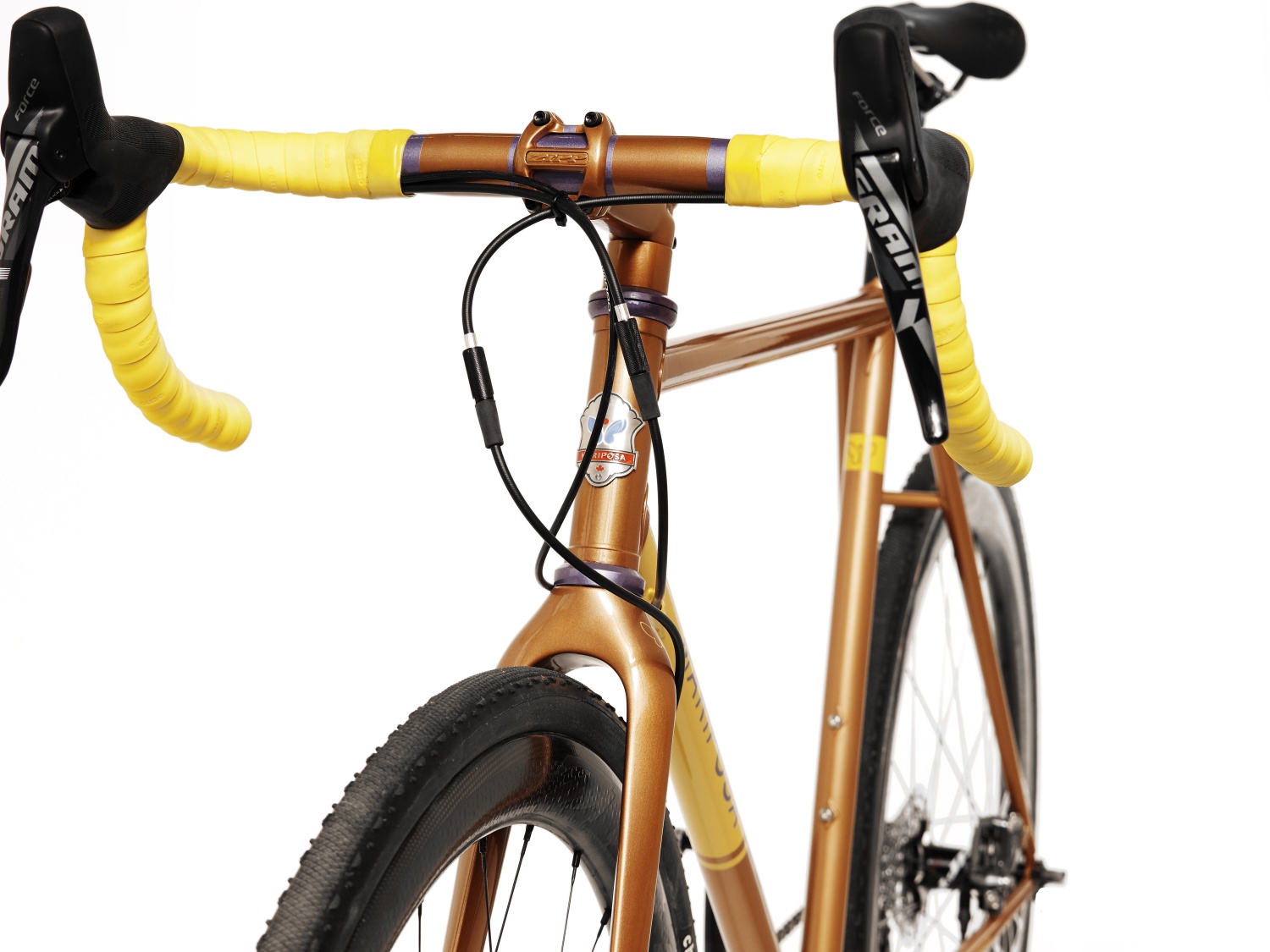 Traditional Steel Gets A Boost With Modern Touches

The riders ahead of me moved faster than I could over the bumpy dirt path. I got thistle whipped on the shoulder on one of the fast descents. It was a hot, dry day. I guess only the nastiest plants were healthy at that part of the summer.

I had met Michael and Dede Barry and Peter Morse, all of Mariposa Bicycles, early that morning for a 85-km ride on mostly gravel roads and trails northeast of Toronto. It would be my first test on Mariposa’s cyclocross frame. Mariposa is the custom-bike brand that Michael’s father, Mike Sr., founded 47 years ago. Not long after Michael retired from the pro peloton in 2012, he moved to Toronto from Girona with Dede and their two boys. The brand, the family business, was relaunched in July 2014.

The Mariposa cyclocross bike has many traditional features. “The geometry for the bikes that we build come out of the same ideas and theories that my dad has used since the start,” Michael said. He also cited the flat top tube and incremental sizing that the Mariposas all feature—no compact geometry—as other enduring elements. The bike I rode was made of a mix of steel Columbus Spirit and Zona tubes joined at long-point lugs.

By the time Michael finished with Team Sky, he had spent more than a decade racing on carbon bikes. One of the first bikes he made after coming home was actually a steel replica of one of his last race bikes. “The steel bike had all the same parts, same dimensions. I wanted to make it as close as possible. Then, I took it to the Pyrenees and rode it on many of the same roads that I had trained on. The first thing I noticed is that, on long rides, I didn’t feel as fatigued, especially after long climbs and bumpy surfaces. The steel absorbed the vibrations in the road more than carbon fibre.”