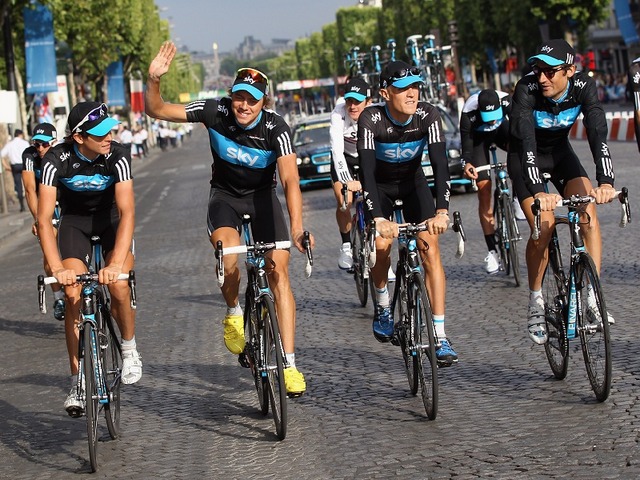 Michael Barry is a former world-tour professional cyclist who rode for a number of world-class teams including T-Mobile, High Road/HTC-Columbia, U.S. Postal Service, Discovery Channel and Team Sky. He raced 5 Giro d’Italia and 5 Vuelta a Espanas and one Tour de France. He has supported Lance Armstrong, Mark Cavendish, Bradley Wiggins and many other top names over the years.

In 2004, he wrote his first book Inside the Postal Bus. He most recently wrote Shadows on the Road in 2015. Barry has also written two other books, one being the great; Le Metier: The Seasons of a Professional Cyclist. When I first got into the bike I found this book to be a real eye-opener of grit and pain behind the sport. It comes highly recommended from me.

He was born in Toronto, Ontario and his father Mike Barry Sr. was a racer himself in the 1950’s and 60’s. After immigrating to Canada, Mike opened a speciality bike store that manufactures hand-made class frames under his own Mariposa brand which is definitely worth checking out here – https://mariposabicycles.ca

Michael, his wife Dede and his father continue to run the business and build frames in Toronto.

As a racing cyclist, which results are you most proud of and why?

I’m not one to focus too much on results. I had some good races, but am most proud of the work I did for the teams I rode for—I really enjoyed riding as a domestique, sitting on the front of the peloton all day and setting up the team leader for a victory. Also, the TTT victories were great moments. There is little better than flying along with teammates, crossing the line together, and stepping up on the podium as a victorious team. Cycling is a team sport but, other than the TTT, it is rare the team gets to share the moment, so those victories are special in many respects.

Which are your favourite stretches of road to ride on locally and what is it that you like about them?

My daily commute through the park system in Toronto is pretty good as it feels like I’m in the middle of nowhere despite being in the fourth largest city in North America. There are an abundance of routes, both technical dirt trails and bike paths, which run along a river in a ravine. I can ride to and from the shop all year, as long as there isn’t a foot of snow, in which case I’ll run.

Link to the interview at the Mamnick Journal.