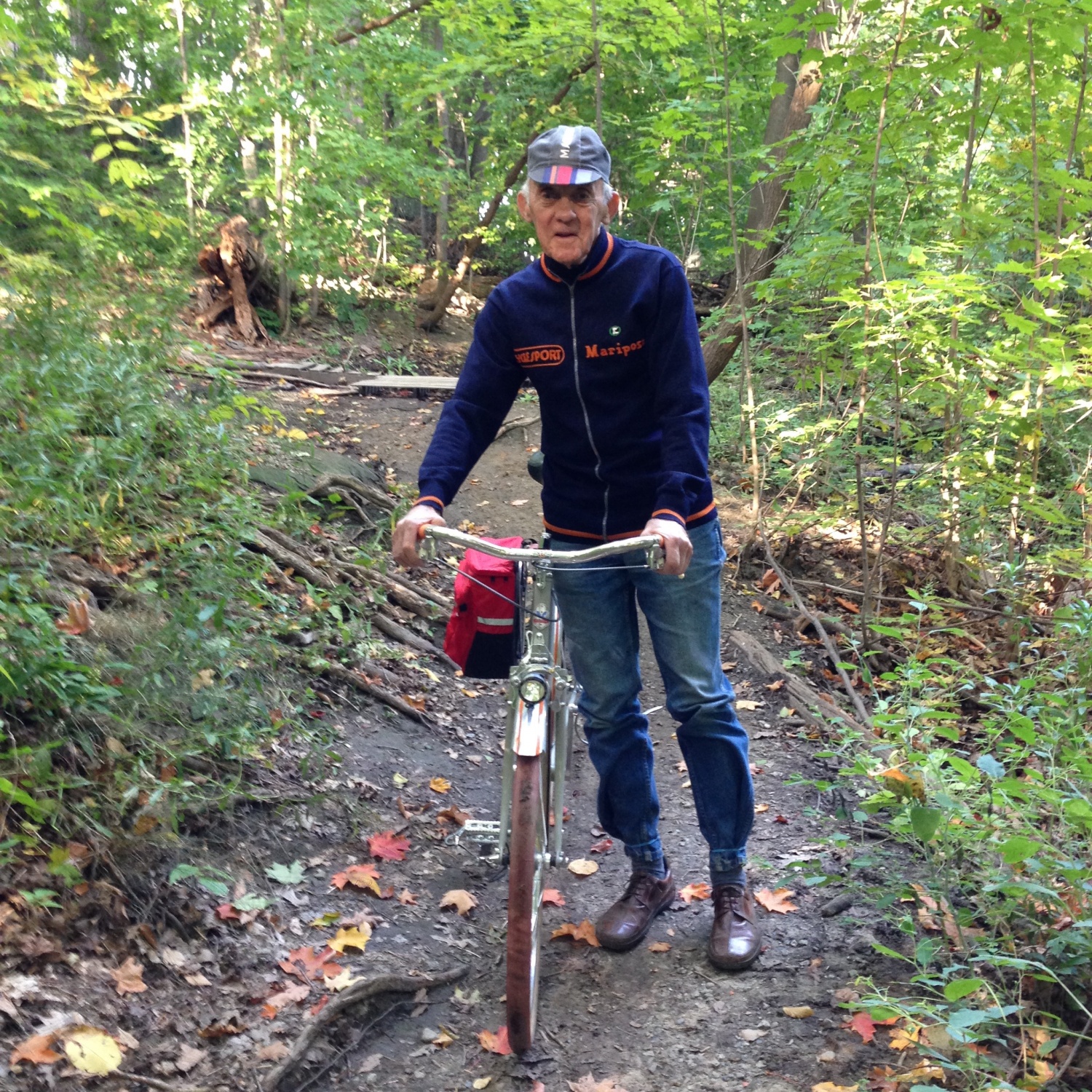 Over the last 67 years that I have been cycling, I have had many bikes. Just two of those have been stolen. The first one stolen was my pride and joy, a Bianchi Specialissima that was stolen literally behind my back when I was talking to a group of friends at the finish of a race in 1969.

The second bike stolen from me in 1993 was a 650B Belgian Derikx, which I had used for many years as my commuter or general around town bike– also known as a ‘treader’. I’d left it outside our shop for a couple of minutes unlocked while I went back in to pick something up that I had forgotten.

A treader, to my mind is an essential bike. One that you can commute on, run around town on, in all weathers, day or night. It therefore must have front and rear lights, good mudguards (fenders) fatter tires and a good lock. All my treaders until now have had a single gear of about 65 inches, which is all one needs for the sort of riding for which the bike is intended. 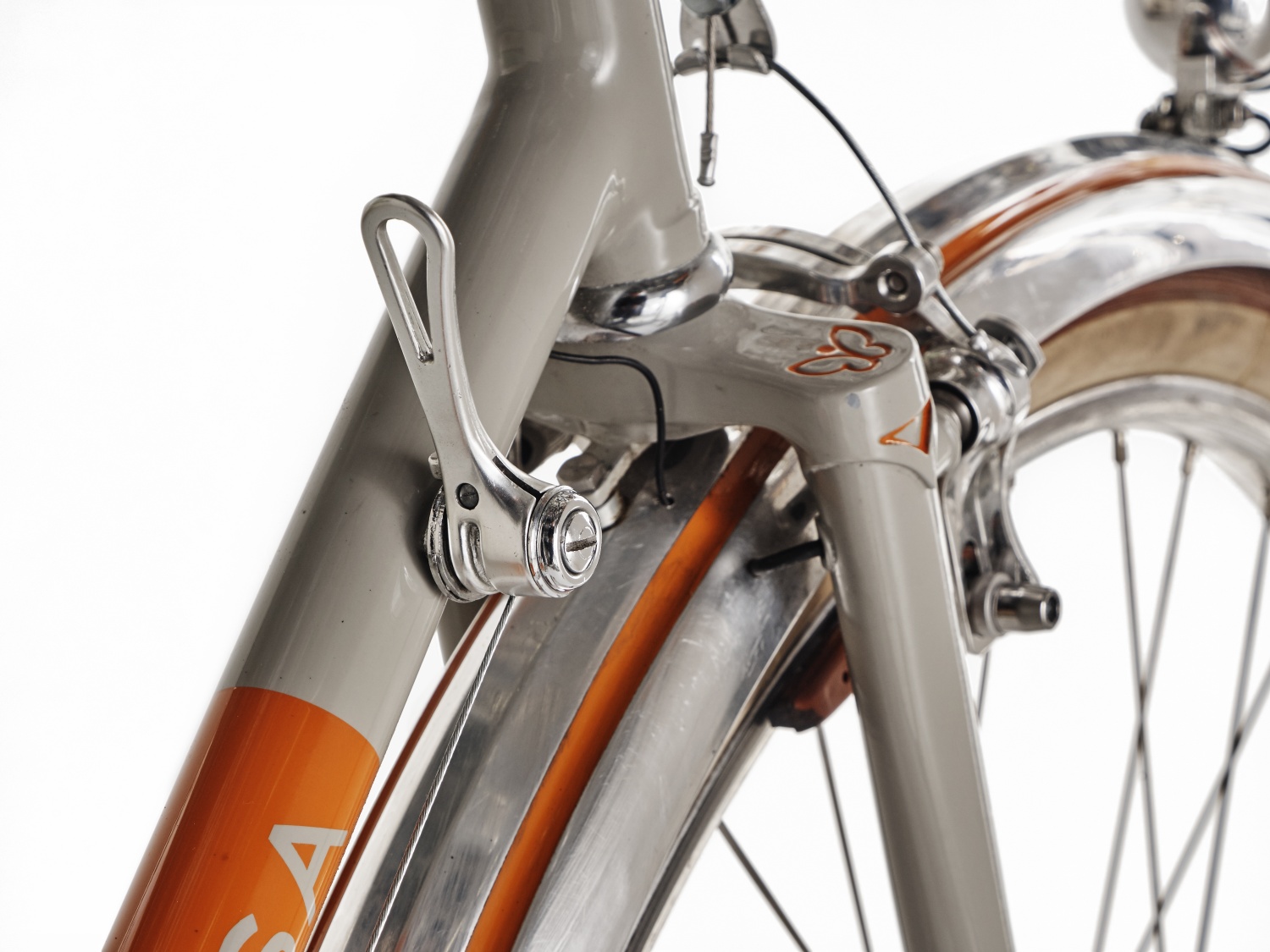 When the Derikx disappeared I needed another treader in a hurry. We had some pretty nice Bianchi frames in the shop so I decided to build one up and use it until I found time to build the ideal replacement. That didn’t happen for twenty-two years until Michael said that it was about time that I had a Mariposa commuter this summer.

Although I had been using 23mm tires on the Bianchi, as there wasn’t clearance for anything larger I decided to fit Grand Bois 42mm x 650 B tires on the new one. The larger section tires are more comfortable and stand up to the Toronto’s potholed streets much better. 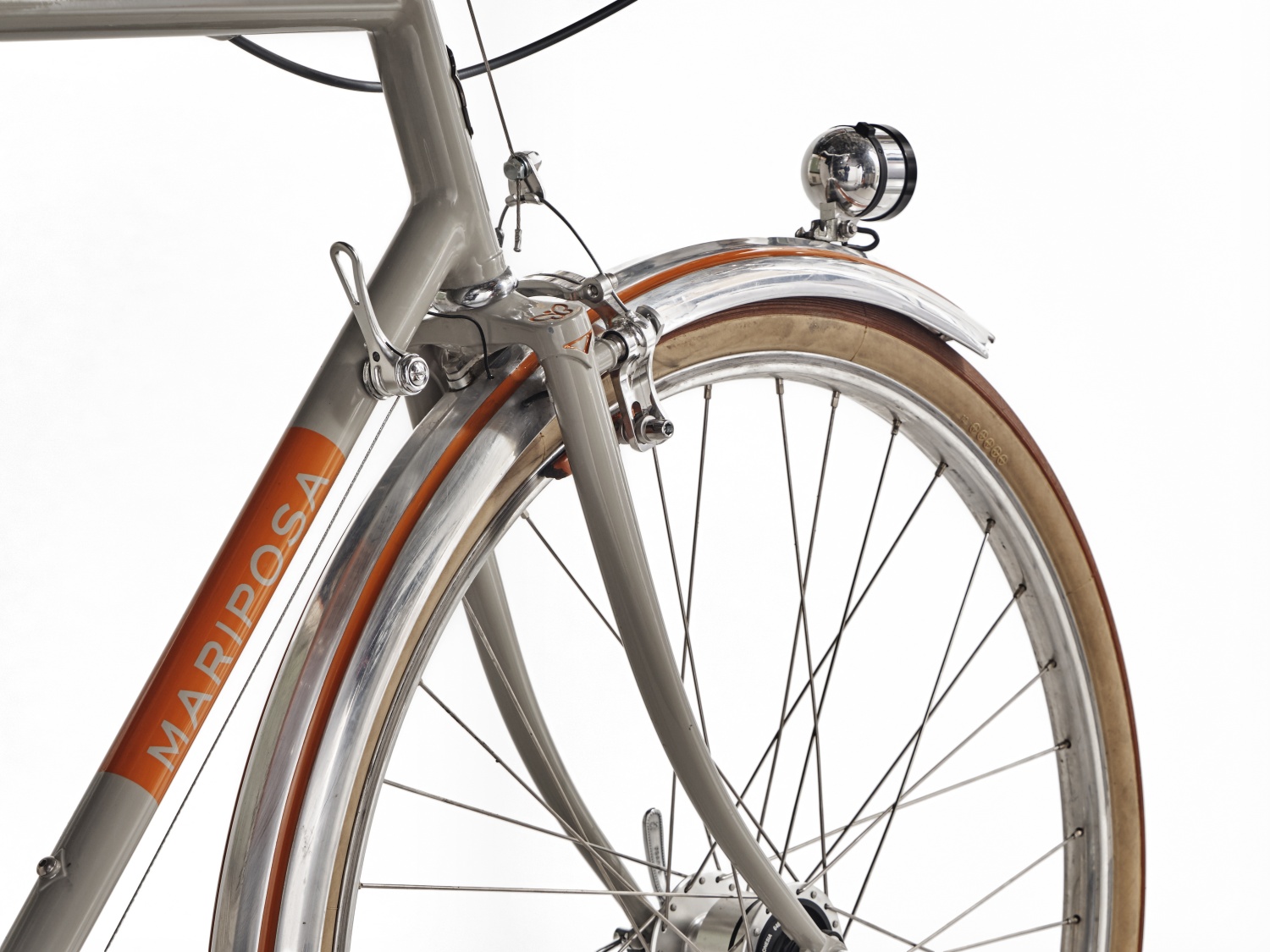 We decided on a “fillet brazed’ frame. (i.e. one that is built without lugs but with fillets of brass instead at the joints.) Aside from the tandems and several track bikes there have been very few Mariposas built this way.

I chose flat handlebars although the old Bianchi had drops. Flat ‘bars seem to make more sense for a treader. The stem is a custom made Mariposa filet brazed. 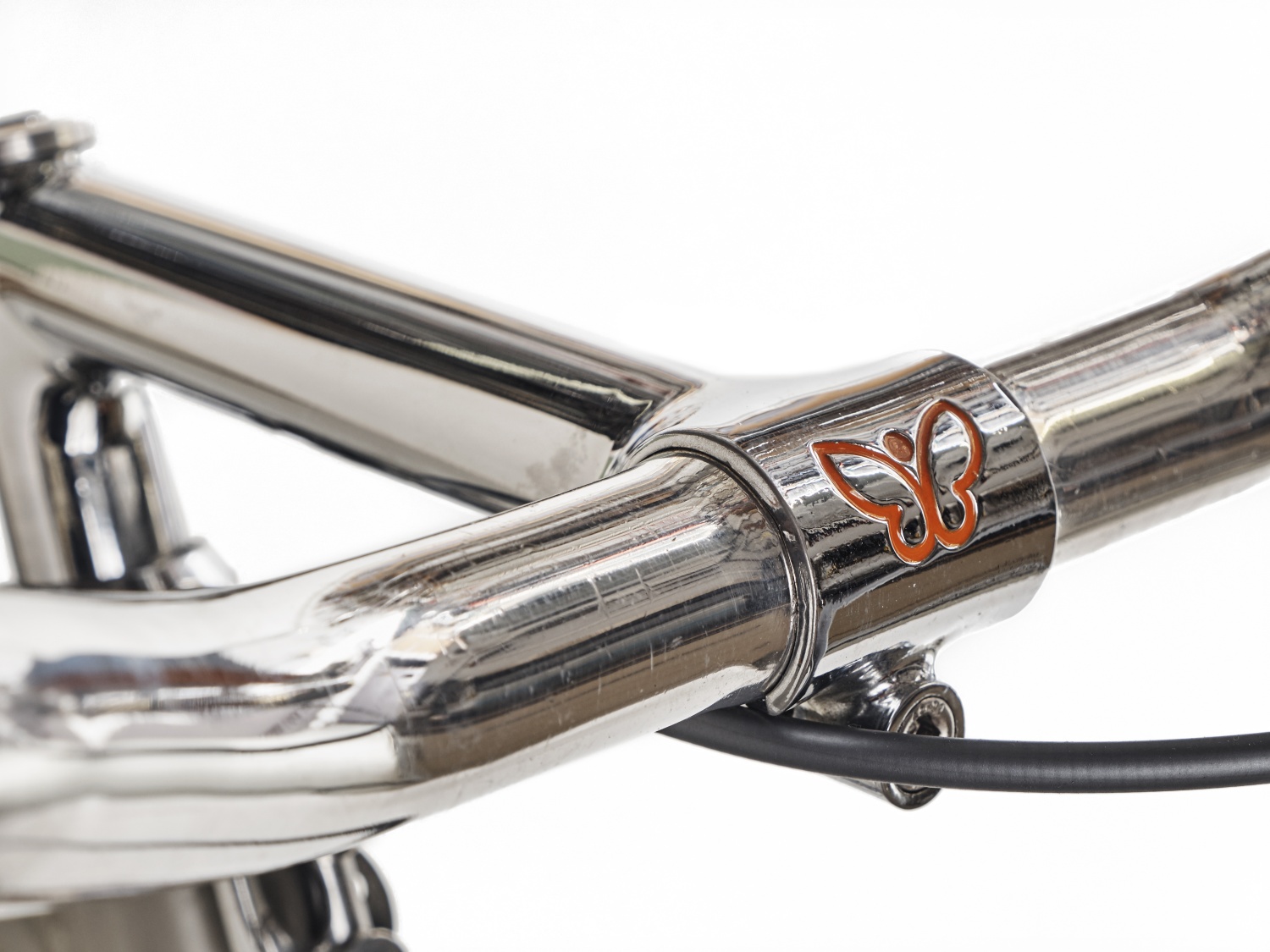 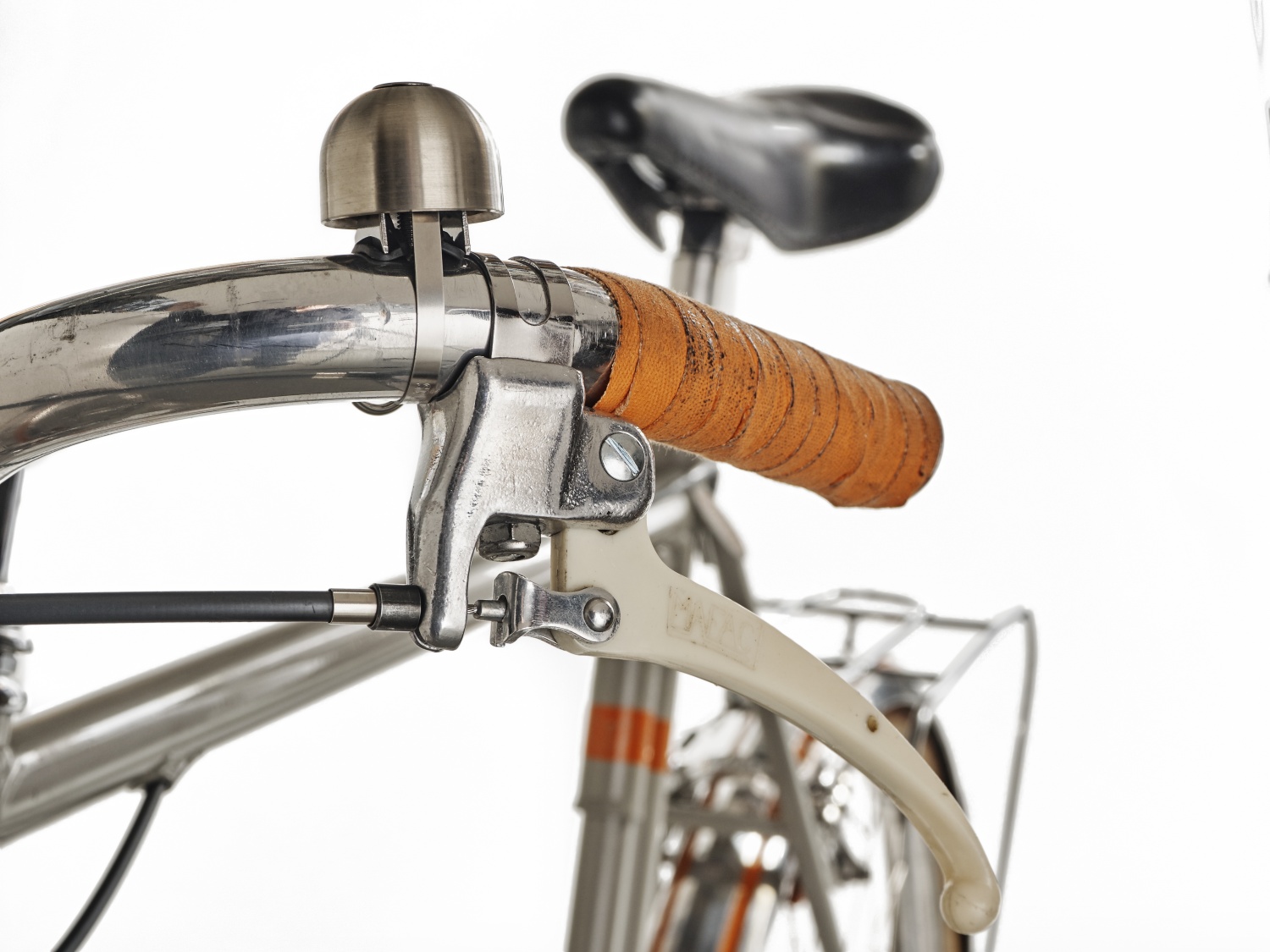 The transmission came from my stock of old parts. I have a Simplex SLJ 5500 derailleur and a Helicomatic rear hub and freewheel. I’d decided that the hills out of the valley on my commute had got just that little bit too steep for the 65-inch single gear. The cranks are TA Pro 5 pin with a 46T single ring and fitted guard. 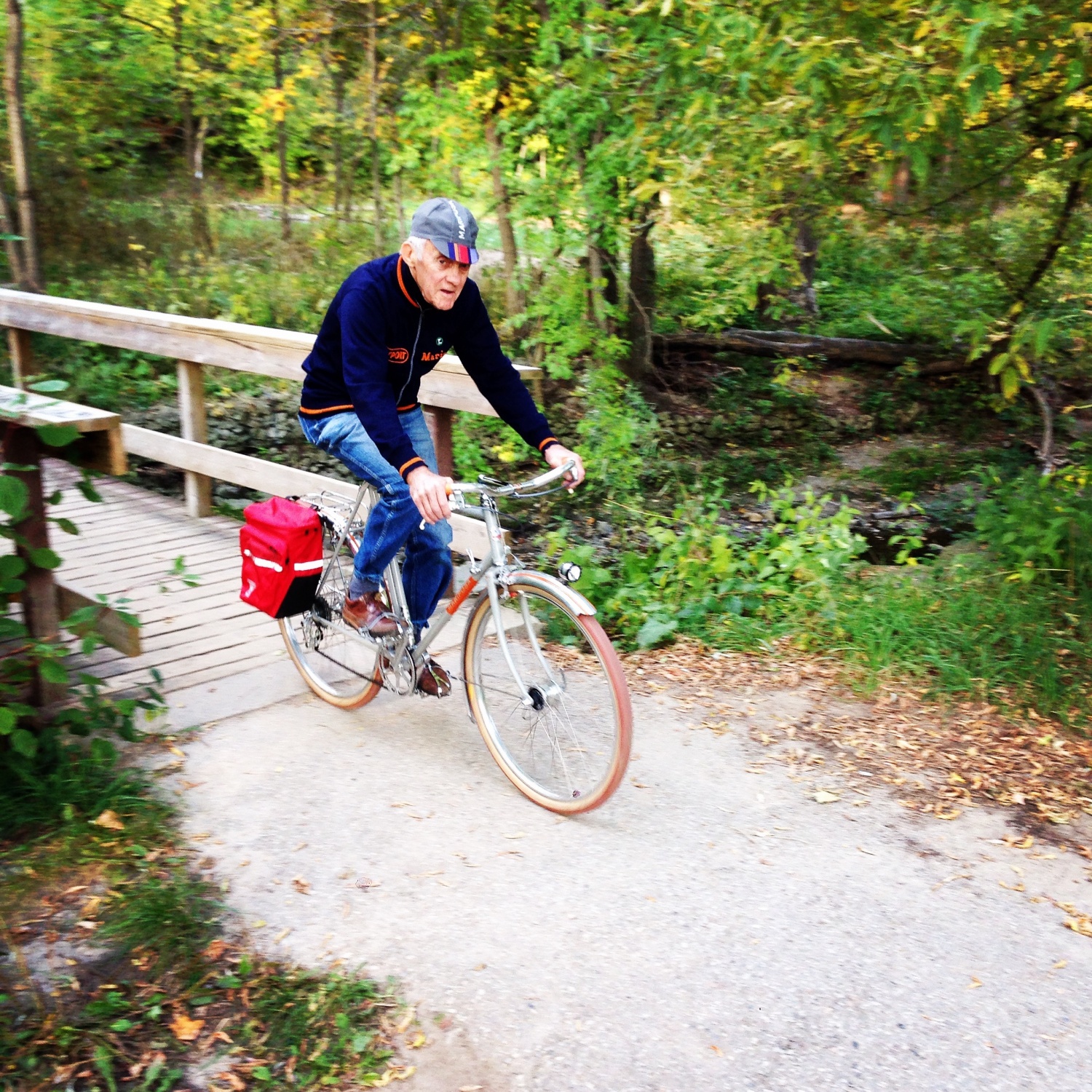 There are MKS double sided pedals with clips and straps which I much prefer over “clip-less” pedals for a treader. I can use any shoes and do not need to change every time I get on the bike.

The front hub is a Shimano generator. I have used a similar one on the Bianchi for about twenty years and it has been excellent. It powers front Schmidt and rear B&M lights which have ‘stand lights’ which means that the lights stay on for a few minutes when stopped. The lights are fantastic, much better than the old Sanyo ones on the Bianchi. The headlight is almost too bright and may be blinding to oncoming traffic.

I have Paul centre-pull brakes that work well and give clearance for the Honjo fenders and 42 mm tires. The brake levers are NOS Mafac.

The saddle is the excellent Selle Royal “Contour”. I can never understand why Selle Royal discontinued production of these. I think that they are perhaps the most comfortable saddle ever and require no “breaking in’.

There is a large custom fitted Mariposa rear carrier. 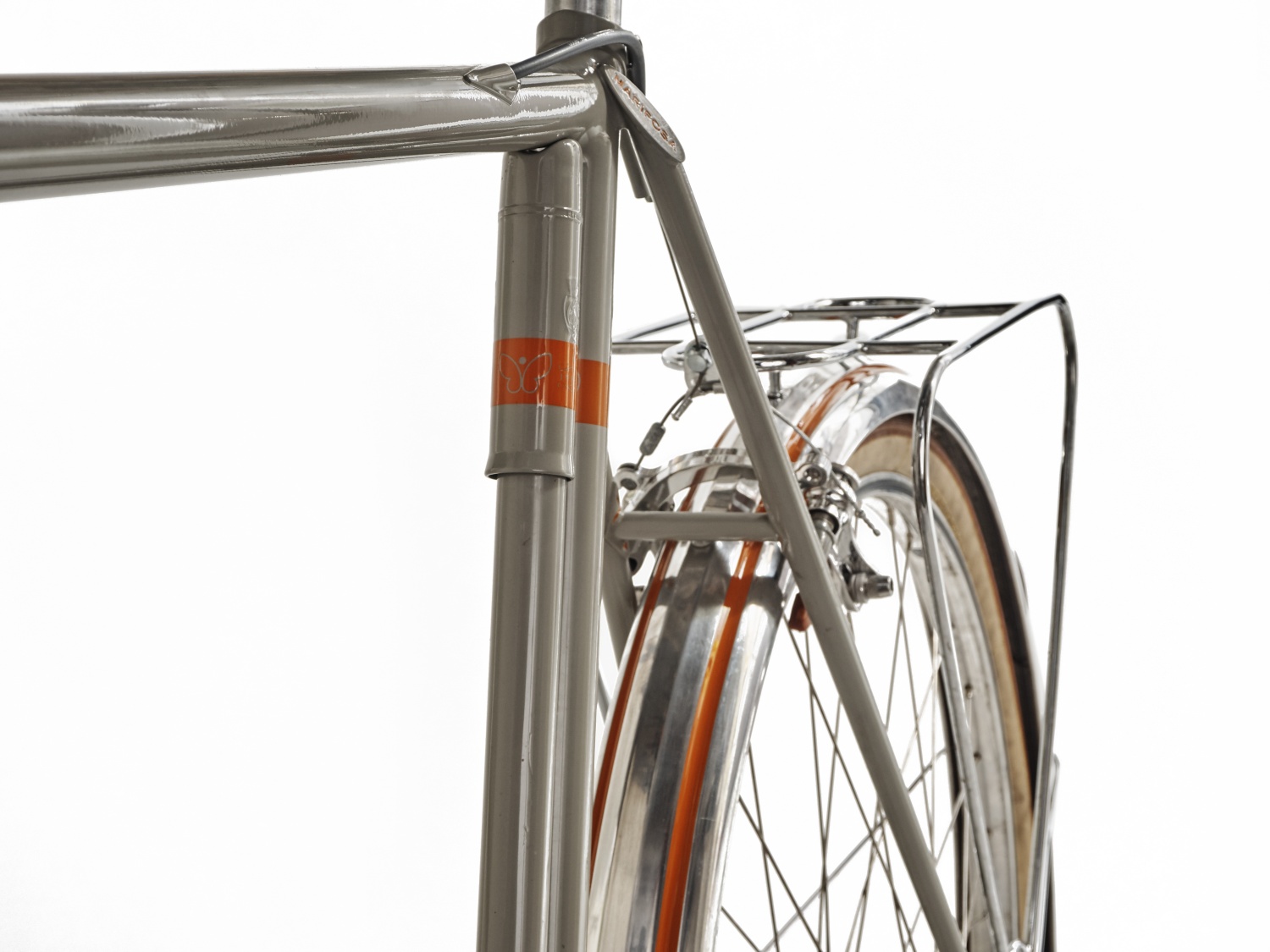 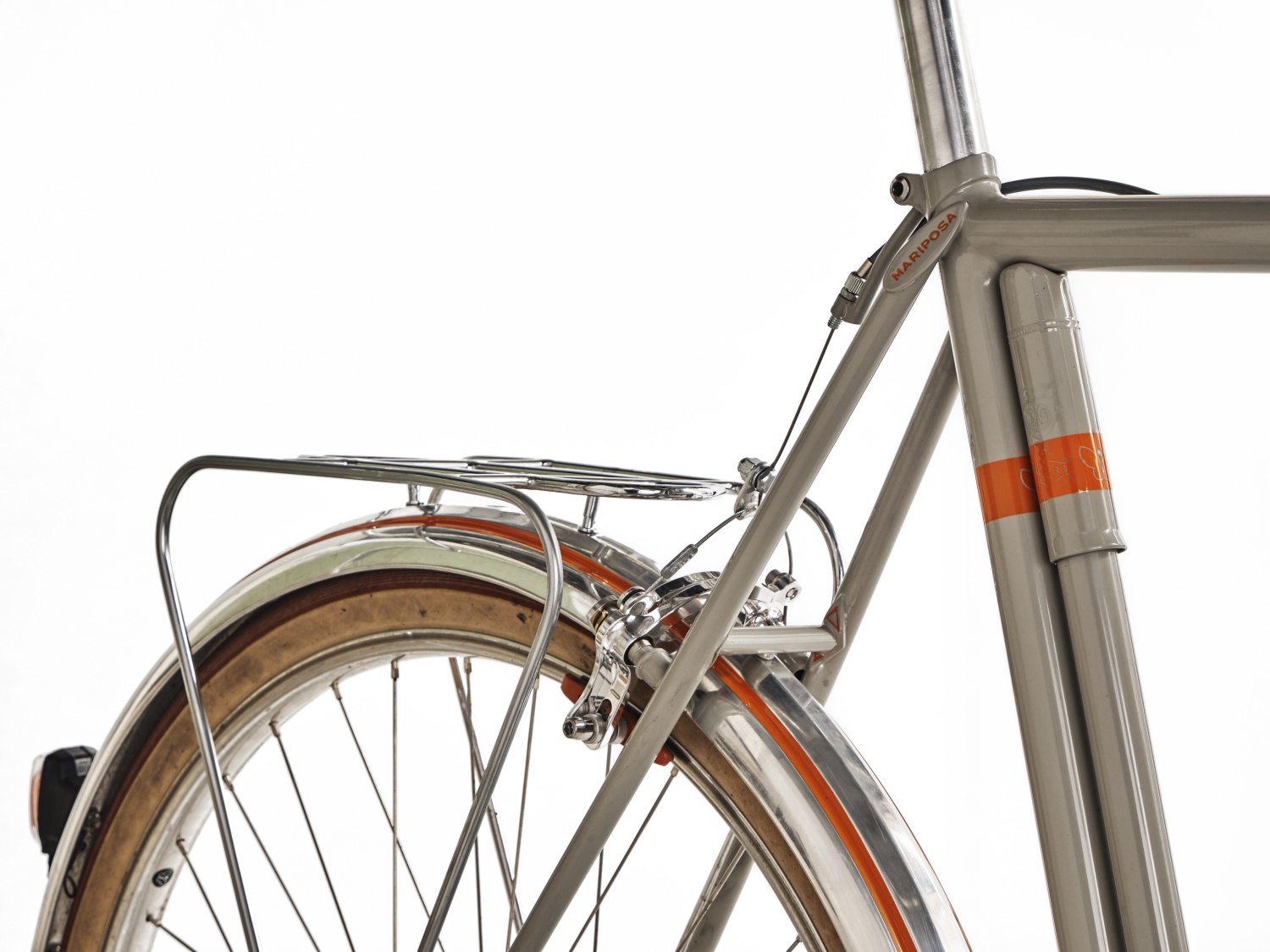 My choice of a grey finish was criticized at first as being too drab but since it has been finished with the orange panel and matching orange stripes on the mudguards it has received much praise. The choice of the grey and orange was influenced by the colours chosen for the Britannia Club Team that I rode for many years ago.

I’ve been riding the bike for about a month. It is excellent. I should have got around to building it twenty-two years ago.