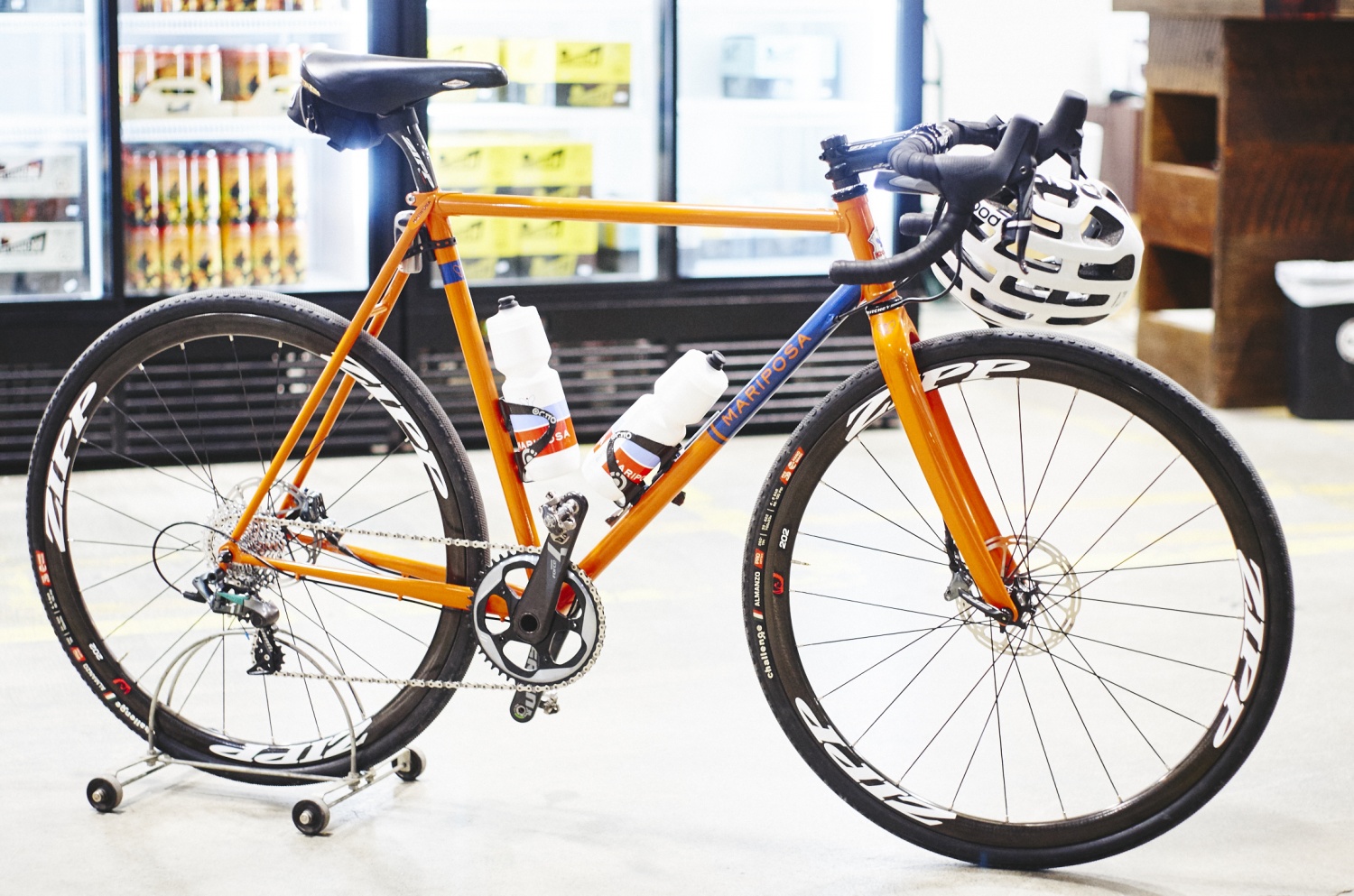 Since the 1990s, when I was a teen, I’ve been racing on mud and dirt, jumping barriers, dodging trees, and flying over grass fields. Pinning my first numbers on for mountain bike races, I then moved to road racing and cyclocross. A cross season was spent in Belgium and the Netherlands, racing for the Canadian National Team and a Dutch team. The depth of the competition, the speed of the races, the technical skill of the riders and the thunderous cheers of the drunken ebullient fans taught me what the sport was really about.

In those extremes, I quickly learned what bikes, tubulars, shoes, wheels and clothing worked best. Ever since then I’ve wanted to build a cyclocross bike that did everything I want it to and nothing I don’t.

Today, I not only enjoy racing, training, and commuting by bike, I make my living painting frames for Mariposa Bicycles, a custom frame builder in Toronto. This provided me with the opportunity to build the bike I’d been dreaming about for 20 years.

The handmade steel bike I designed was built with internal cable routing, disc brakes, and custom made to my measurements. For the frame, we used a mix of Columbus tubing so the bike was both resilient and responsive. To keep the weight down and increase rigidity in the front, a carbon fork was fitted. The rear shift cable and hydraulic brake line both run inside of the down tube to stay out of the way when shouldering the bike. The gear cable uses full-length housing from the shifter to the rear derailleur to keep mud, water and grit from affecting the shifting. 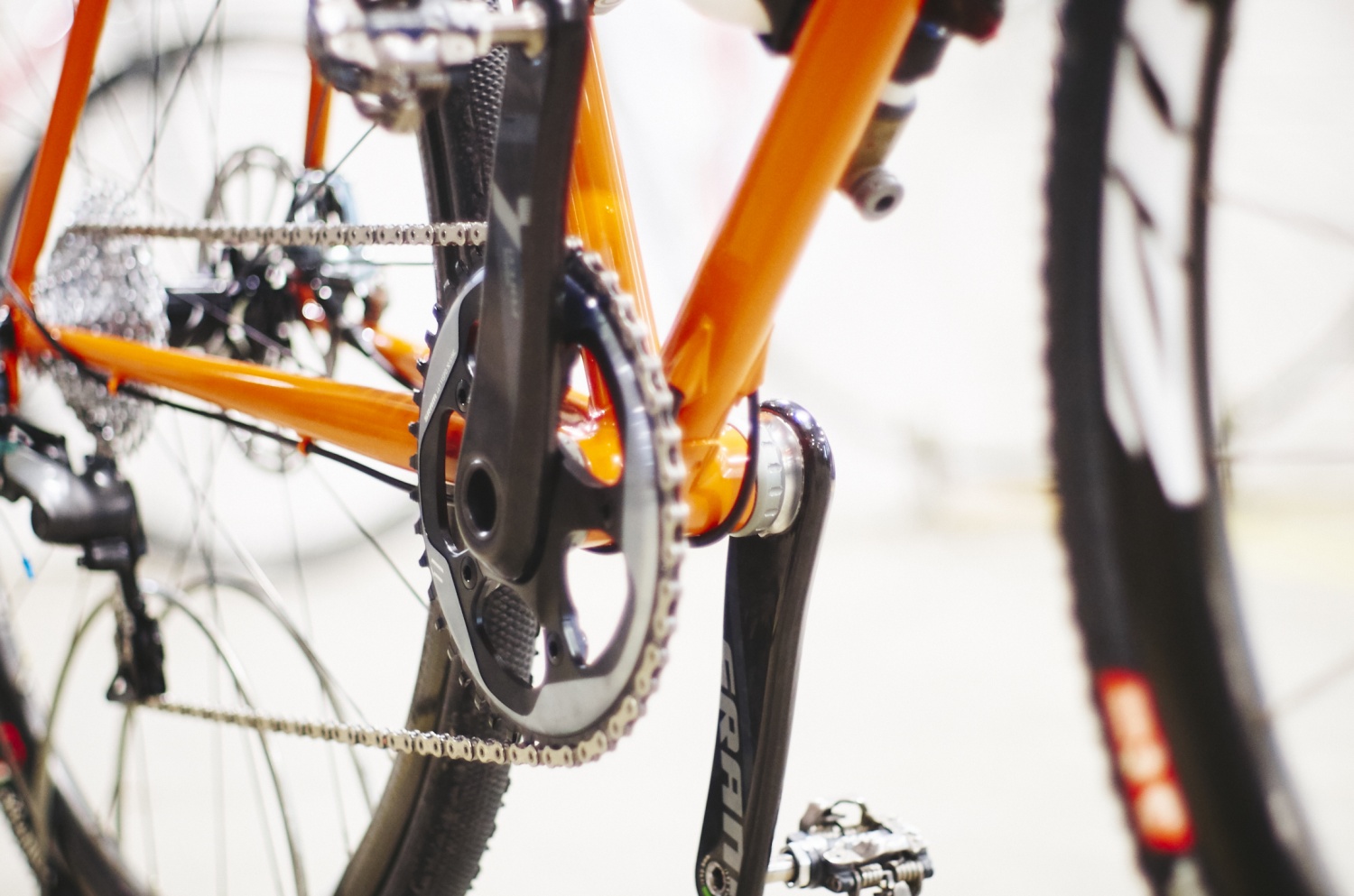 The first test ride would be the 200km Growling Beaver Brevet, a fundraiser for the Davis Phinney Foundation to benefit those living with Parkinson’s. The route is a hilly loop over rough gravel roads around the Collingwood, Ontario, area, which seemed like the ideal to place to give the bike a good run. After that, I planned on racing it through the winter. 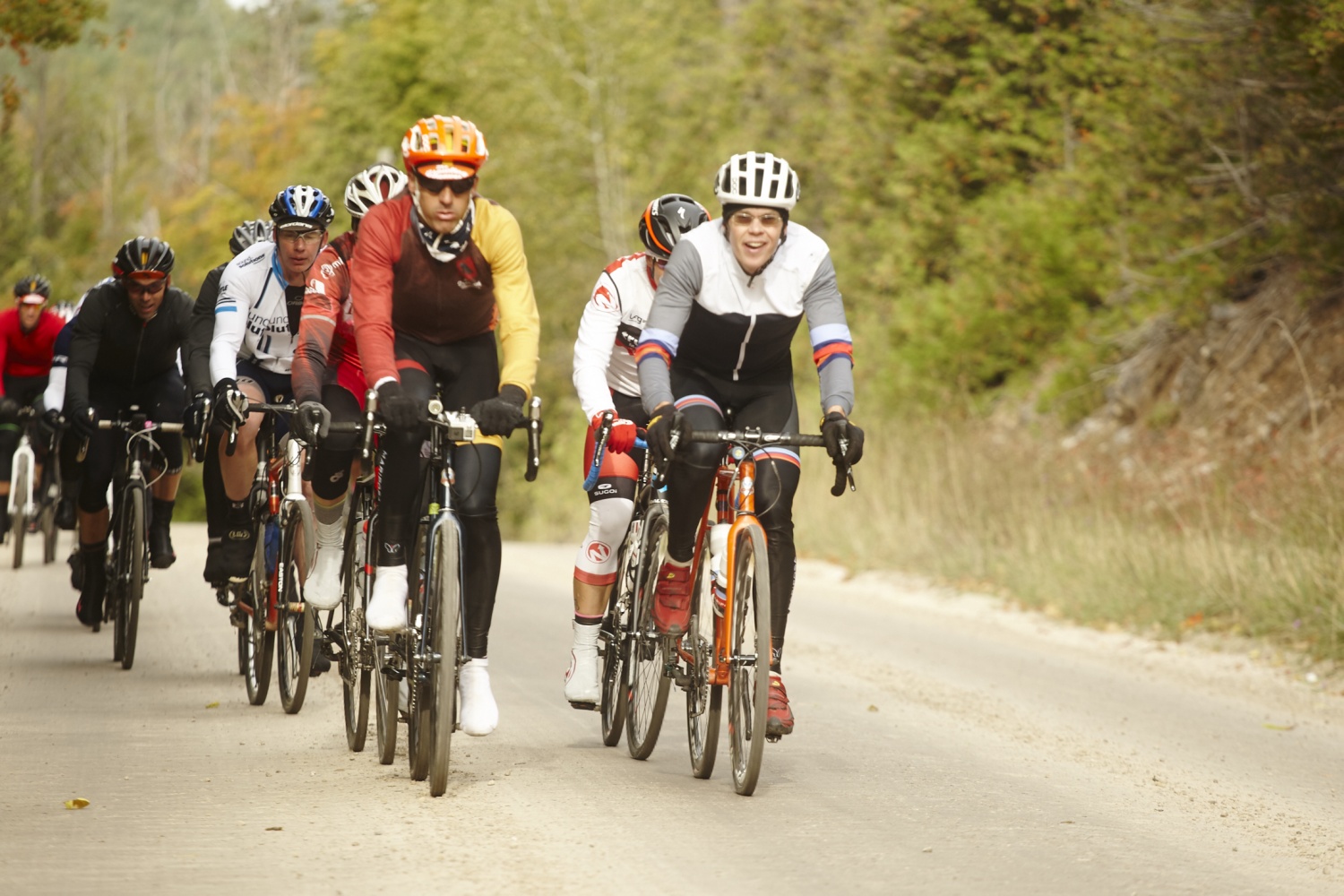 Tight on time with a workshop full of bikes to paint, I built the bike the night before the event. I know, a bad idea. But the Force 1 group installed quickly with its front derailleur-less drivetrain. The disc brakes were easy to bleed, and set up. Everything was straightforward, so I was able to get to bed at a reasonable hour. 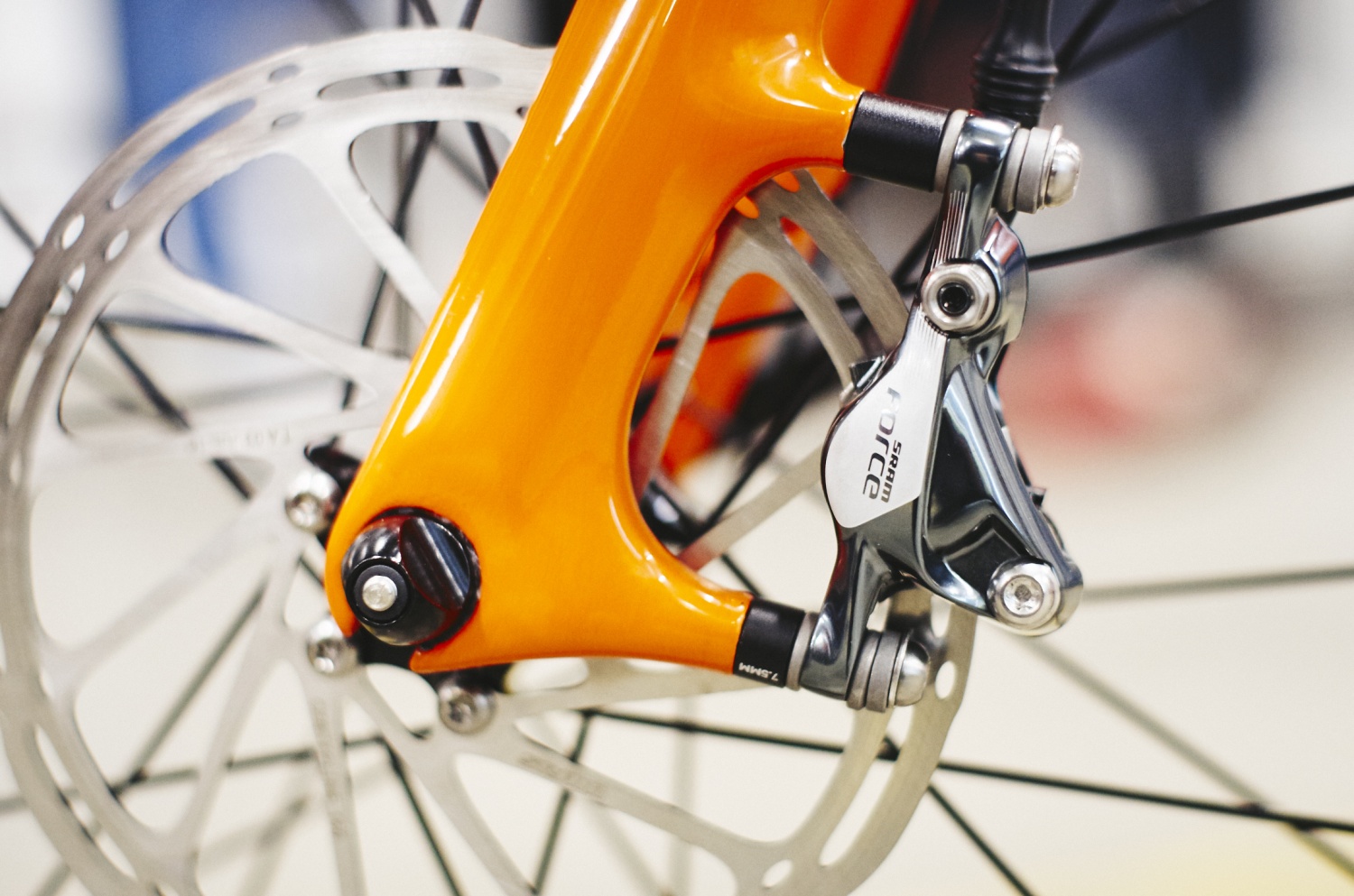 Two hundred kilometers of hills and gravel is nothing to sneeze at, even at a civilized pace. And, we didn’t always ride at a civilized pace as the front group was made up of competent cyclists — some cross riders, some triathletes and even retired pros. We pushed each other at the right moments, backed off at others to help those who were suffering through their bad patches, and regrouped for the food stops.

Little matches the sensation of flying over gravel, dust pluming behind the wheels, with the rural landscape blurring by. Over the rougher sections the bike was floating; I was cruising. It was one of those days that happen once or twice a season, where, at the end beer tastes better than ever, a shower feels more soothing and the sense of contentment is overwhelming. This is what cycling is all about, to me: riding with friends, enjoying their company, pushing the pace, easing off to see the sights, seeing new roads and places, sprinting to the finish and laughing with friends as we cap off the day in the pub.

The undulating sinuous course was a good way to test the gear range. I selected a 46-tooth chainring with an 11-32 cassette. The 46 x 32 was just enough for the steepest climbs, even while riding seated. On the high end, 46 x 11 was fast enough to keep up on the many long descents. Best of all, I didn’t have a single mechanical or dropped chain.

I had never used disc brakes on a cross bike, as I had never seen the need. Now I’m a convert. The power and modulation of the SRAM hydraulics was amazing — a night-and-day difference from my cantilevers. The pads didn’t rub on the rotors and they were quiet with consistent performance throughout the 7-hour ride.

The wheels are Zipp 202 Firecrest Disc Brake Carbon Clinchers. They felt light, stiff, and comfortable to ride. It was a windy day, with the wind coming mostly from the side. They handled well, didn’t grab the wind, and stayed stable.

I’m impressed with SRAM Force 1. I have used single ring set-ups in the past, but because of the special chainring and clutch derailleur, this is the best one by far. The brakes are phenomenal in terms of power and control. We set out to build the ideal bike for CX. Now, deep into the cross season, I think this just might be it.

Part 2 will be about cross racing. I’m looking forward to it, as that is likely where this group will really shine.

This article first appeared on the SRAM website November 10, 2015 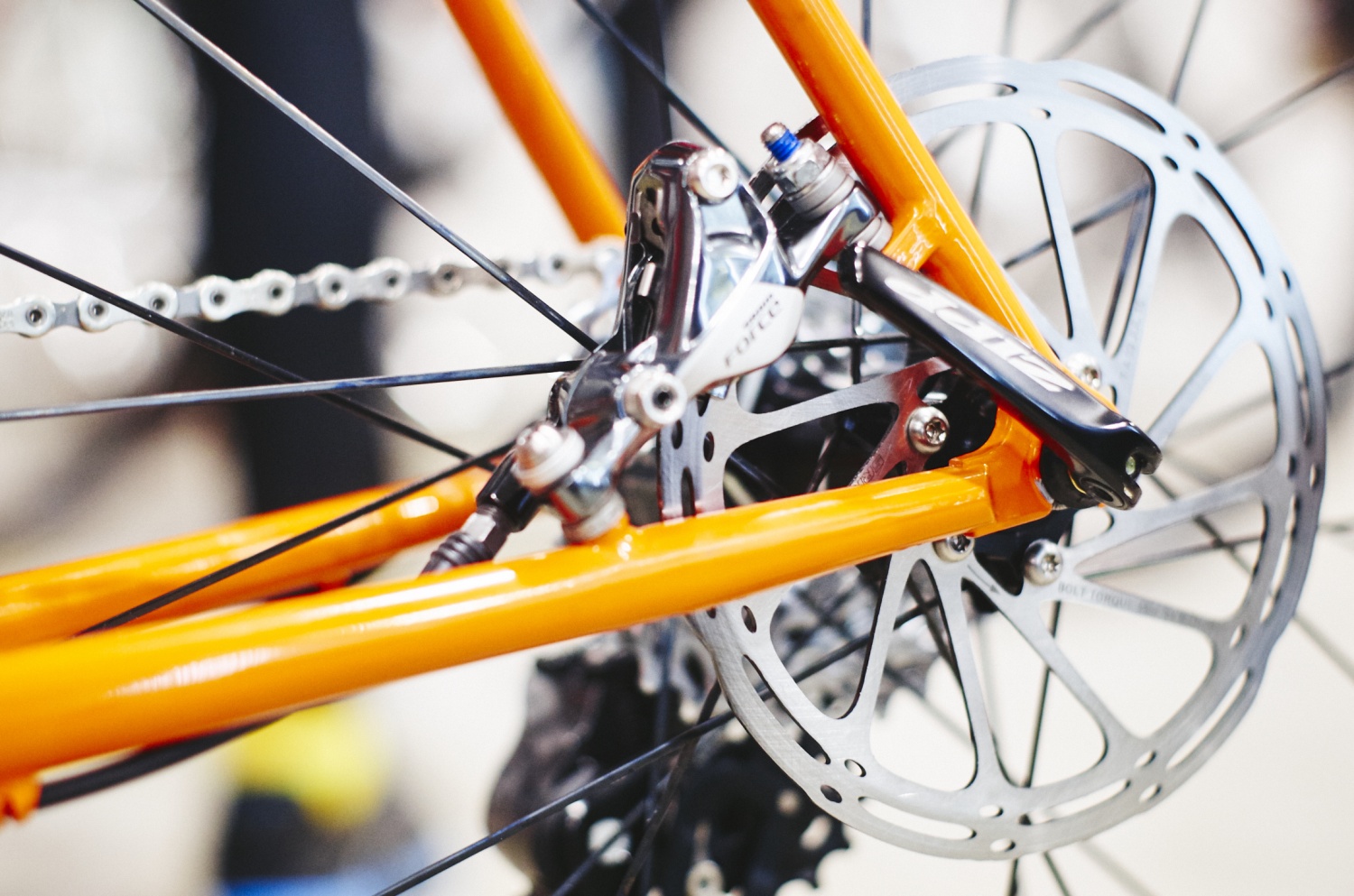 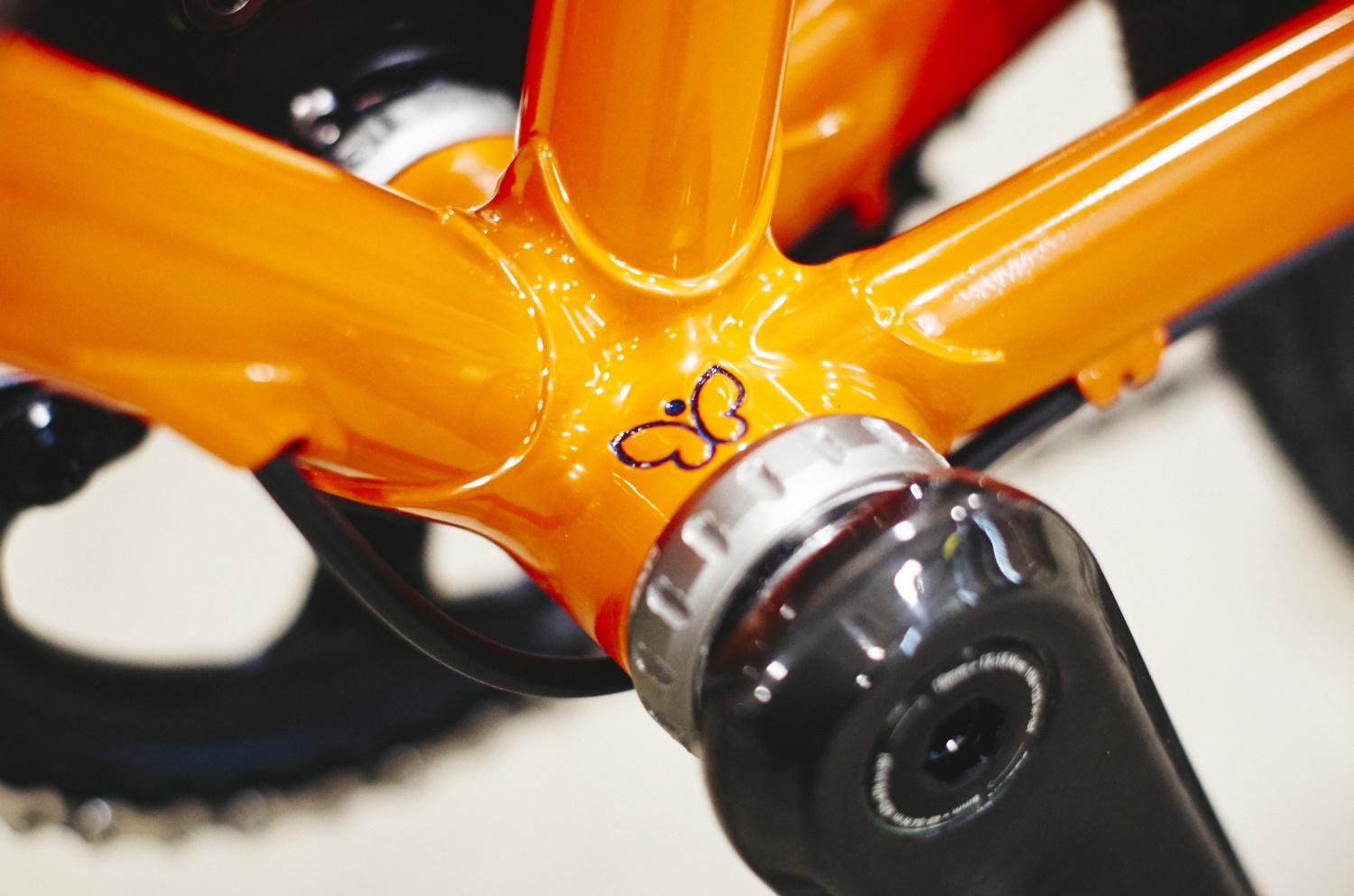 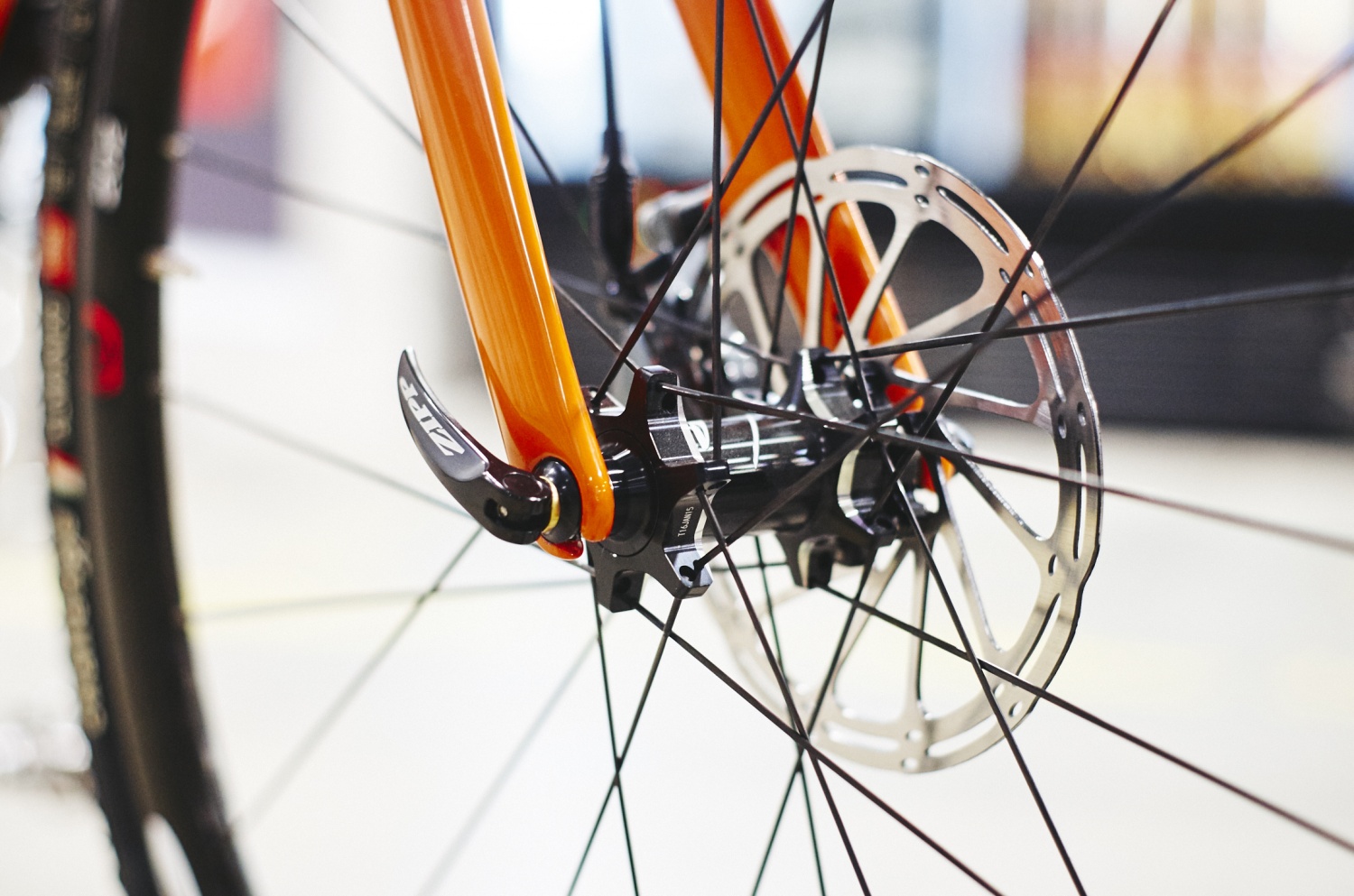