Riding on the Dirt 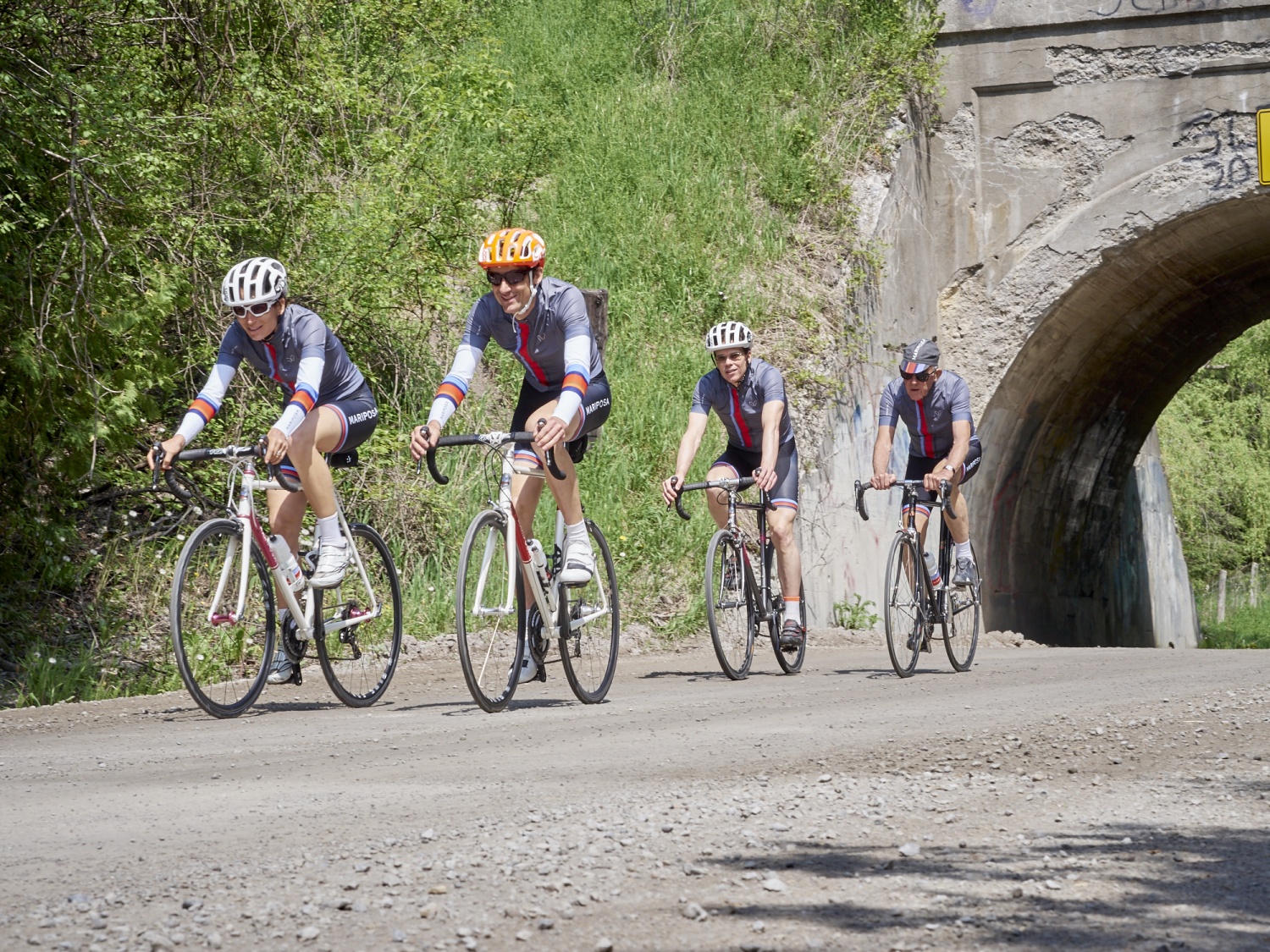 In the late 1990’s, when Michael and I were living in Boulder, Colorado, we began to ride on gravel roads and trails through the countryside and up into the mountains to get away from the increasing congestion and number of aggravated drivers. Tired of having horns blasted at us, or worse, having guns pulled on us, we found the bucolic gravel roads away from the traffic peaceful and ideal for riding.

For the same reason, Michael, who grew up in central Toronto, a bustling, busy city jammed with cars, had ridden away from the traffic on the gravel roads, first with his father when he was a boy and then with his friends as a teen. Not only was riding on the dirt roads quieter and safer, but it was also a playground where he could pretend he was a cycling superstar, racing over the cobbles in northern France or Belgium. The gravel, which can be technically more challenging, helped him develop his bike handling skills. Most of the time he road the Mariposa his father had built him, with nothing more than 23 c racing tires.

One winter, when he was a young boy still in grade school, Michael spent the after school hours, with his father learning to build a frame. After the shop closed at six, they would work away in the frame shop. It would be his school bike and his winter riding bike. The small frame was painted a several shades of green (Michael’s favourite colour) by the shop painter, Tony Beek. The frame was fitted with 650 B wheels, mudguards, 32 c tires, generator lights and a fixed wheel. Michael rode the bike through the winters with his father on the gravel and back and forth to school everyday until it became too small. Although a little battered, the frame now hangs from the rafters in the current Mariposa workshop.

While living in Boulder, riding on the dirt and gravel opened up a whole new world to us. Suddenly our ride options increased exponentially. We could ride for hours without seeing a car or often anyone. In the winter, the UPS truck and the mailman, were often the only two we saw up on the snowed packed roads. Seeing us, they would give a friendly honk and wave. With the changing seasons our thoughts drifted to daydreams as we pedaled, breathed deeply, and gazed at the brilliant colours of the leaves on the changing Aspens, the snow drifts at the roadside and, then the rainbow of colours in the fields of wild flowers. We could hear the birds’ chirp and the waterfalls, rather than the tiresome drone, whirr and roar of vehicles on the main roads.

We explored new areas, often fire roads that we could not find on the gas station bought maps. I gave up on my rigid training programs and began riding more by feel and by heart. Training which had begun to feel like work became fun again. On paper, my training program may not have made sense to most cycling coaches or exercise physiologists, but it fed me well, both physically and mentally.

In the early 1990’s when I lived with my coach, Olympic Gold Medalist Connie Carpenter and her husband, Tour de France stage winner, Davis Phinney, I often heard Davis’ stories about riding up into the mountains with his 7-Eleven teammates, Ron Keifel and Andy Hampsten. His face lit up like a schoolboy’s as he recalled their adventures. On the road, they vowed to press on and never double back on their route, regardless of how bad the surface became—a game to play that made the ride a unique experience. Years later, Michael had some similar adventures in the mountains with their son Taylor, when he was still in high school and before he became a champion cyclist. Their training rides quickly became great adventures.

Riding on the dirt became routine and an even bigger part of my regime when we moved to Girona, Spain in 2001. Not many roads were paved in Spain during the Franco era; therefore, the network of gravel roads is still vast in rural areas.

Now, back in Toronto, some of the best rides are those on the gravel with Mike Sr. and Michael.

Racing bikes with 25mm tires worked for riding on the gravel, but often were not the most confortable or the most practical as we had to snake around the potholes and wiggle our way across sections where the stones were deep. As our dirt and gravel mileage increased, we asked our professional teams for cross bikes with clearance for larger tires and mudguards to for winter or wet riding. Today, we build Mariposa bicycles that are suitable.

Currently, Michael and I ride the gravel on 30-38 mm tires with file tread for added comfort. Last winter, Michael built me a cyclocross bike with eyelets for mudguards. Like him, I often ride the bike back and forth to the shop, jumping from the dirt trails in the city’s parks to the grass fields to the cycling paths. It is a bike, on which I can go anywhere, even on the group ride, where the pace is high on the smooth tarmac., In a month, as the weather turns I’ll fit Honjo mudguards to the bike.

In June Michael took a group to Girona, Spain, to ride the gravel roads for a week. They went up into the Pyrenees, on unmarked backroads, and beside the beaches on the Mediterranean coast. For the trip, Michael and Tom Hinton built this cyclocross bike that suites Michael for both Cyclocross and gravel road riding. 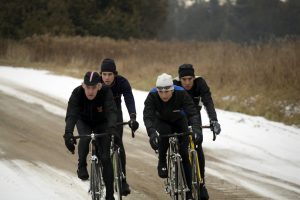 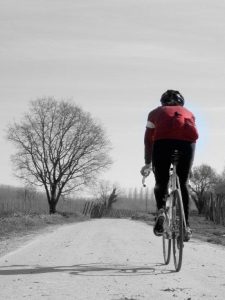 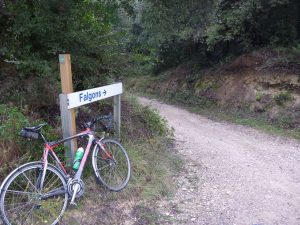 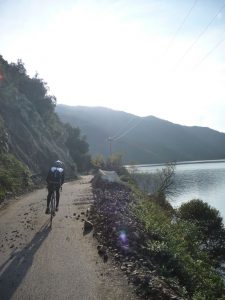 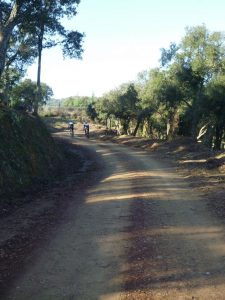 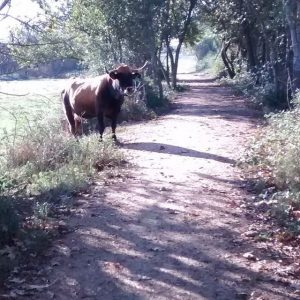 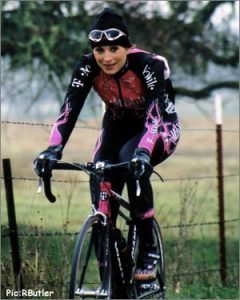 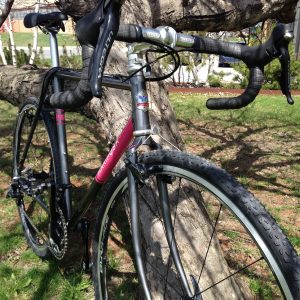 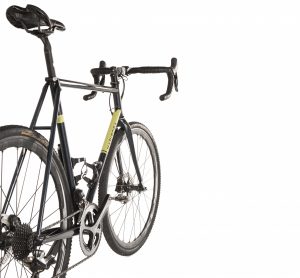 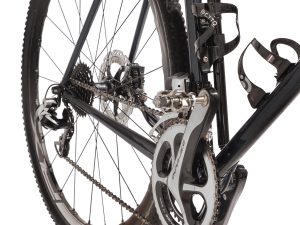 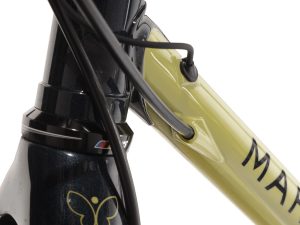 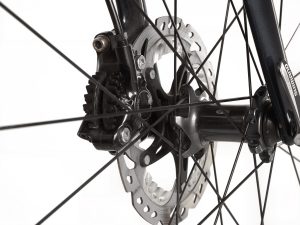 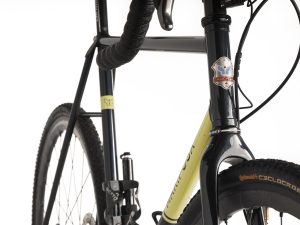