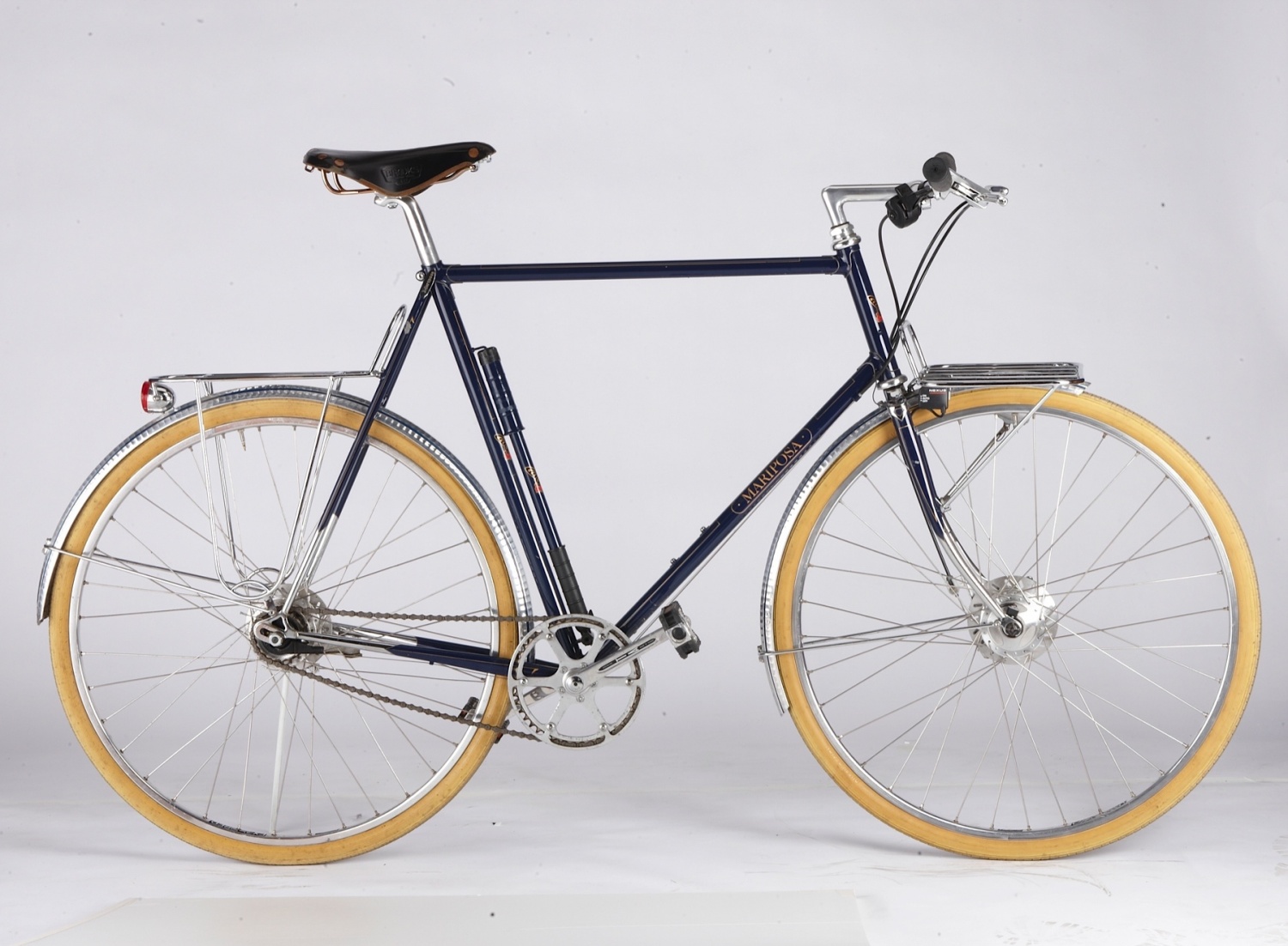 Sutherland’s handbook lists 79 different bicycle rim sizes ranging in size from 12’ to 28”. In addition there are numerous tires of different widths made to fit each rim diameter. The most common are 700C and 26”. What do these sizes mean and how did they become the most common sizes in the industry?

To find the answer we must go back a few years before the globalization of the bike industry to the time when most countries had factories that produced bikes for their own domestic use. Each country had, over the years, developed bikes that were most suited to the local road and weather conditions and riders preferences. The majority of bikes made in France were fitted with 650B tires with large “demi-balon’ (half balloon) tires. These are large section tires, intended to be ridden at reasonably low pressure because almost every French town and village had cobbled streets (pave).

The smoother roads in Britain made the smaller section 26” x 13/8” the tire of choice.
In Holland where the big Dutch utility bikes still command the greatest share of the market the 28” x 11/2” is the most popular.

Every country had its preferences and developed it’s own tire dimensions.

The French and the British devised logical systems that were very similar. Let us look at the larger sizes as an example.

Why the Brits decided to go with 27” instead of the 700C, I have no idea. It makes no sense, especially as 700C tubular wheels were in common use in the UK in the thirties when the 27” was introduced.

Originally decimal inch designations referred to “clincher” tires and fractional inch dimensions referred to “wired on” tires. In the past most American tires were in fact “clinchers”. They had no wire bead but had rubber mouldings at the edge of the cover, which were “clinched” to hook edged rims. The decimal inch designation (26” x 2.125”, 26 x 1.75” etc.) signified that they were ‘clincher’ tires. True clincher tires are no longer made. What we refer to today, as clinchers are in fact wired-on tires, which are secured to the rim by a non-extensible steel wire, or more recently, Kevlar bead.

Recently, in some circles, there has been a renewed interest in 650B tires. As I mentioned above many French bikes were built with this size as many French roads were cobbled. The large section 650Bs were ideal for these roads and also ideal for heavily loaded touring bikes and tandems. However with the globalization of the bike industry the American 26 x 1.75” has taken the place of the now almost obsolete 650B.

In recent years good quality road tires have been made in the American 26” size so why bother with the almost impossible to get 650B. The 26” rim is 25 mm smaller in diameter than the 650B but this has no effect on the performance of the bike. The only reason I can see to keep the 650B size going is to keep those lovely old French bikes on the road.

The following, for what it is worth, is my suggestion for the complete range of rim diameters needed to cover the needs of the whole industry.

That is nine rim sizes to replace the 79 listed in Sutherland’s. There will of course be a need for replacement rims and tires in the old sizes for those that wish to maintain vintage bikes but for the industry in general a reduction number of rim sizes has to be a huge benefit.

NOTE: Original article posted in Rivendell Reader. Since the article was written, 650B wheels and tires have become popular and more easily available. But to confuse matters, they are now being called 27.5’s which makes no sense as they are far smaller than 27″ wheels. And, 29’ers are in fact 700c wheels with larger section tires, adding a little more confusion to an already nonsensical subject.

One thought on “Tire and Rim Sizes”