Adventures that have a lifelong impact 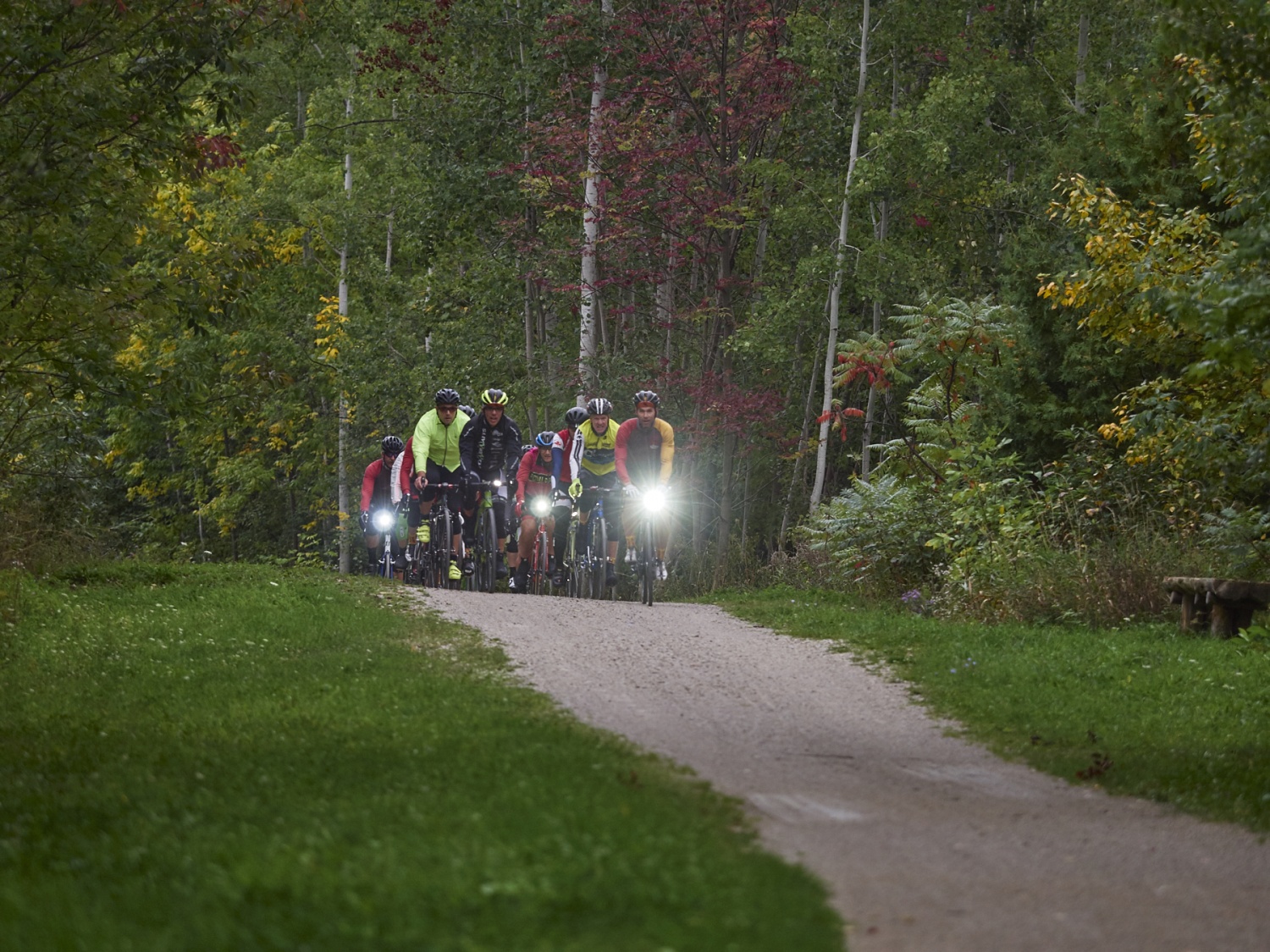 During the Growling Beaver each year, there are countless thoughts and emotions that swirl through my mind in the lead up to the event, during ride day, and over the weeks following. The roots of the emotions, run deep and reach back through my life. The event has become an annual highlight as it’s not only a fantastic day on the bike but also a day shared with a growing community who is working together towards a common goal.

As a young teenager, in 1989, I was racing in Boulder, Colorado in the Red Zinger Mini Classic, a weeklong stage race for kids. As my foot pushed hard down into my first pedalstroke and I surged off the start line of a mountain time trial, I fell over immediately due to a mechanical problem. Moments, earlier, as we each waited for our individual start times, the kids joked around undoing each other’s rear quick releases and then doing them back up (not a great joke and not a great idea, but we were kids). Mine wasn’t tightened down enough, my wheel pulled out, I came to an immediate stop and fell. Tour de France stage winner, Davis Phinney, who was spectating with my now wife, Dede (who lived with their family and was coached by his wife, Olympic Champion, Connie Carpenter) caught me before I hit the ground. He quickly spoke with the officials, who agreed to allow me to start again. With a few words he calmed and encouraged me, as he fixed my bike. I set off. As I tore up the mountain, ripping myself apart with the effort, my thoughts were on how amazing it had been to be helped by one of my cycling idols. Nine years later I was properly introduced to Dede by our mutual friend Clara Hughes, and a year later connected with Davis and Connie. 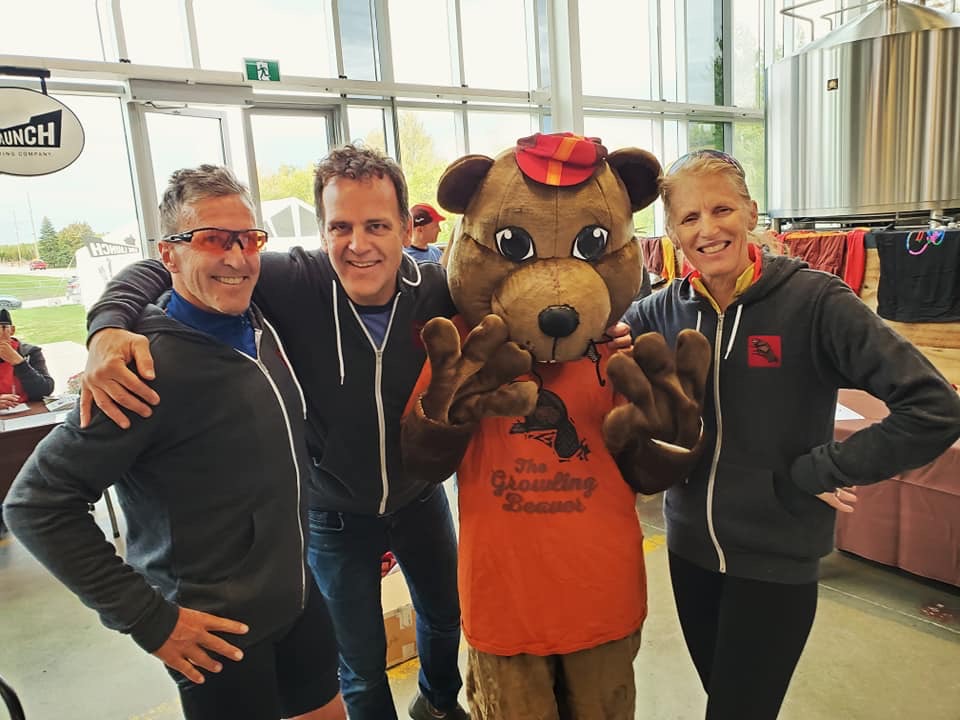 Davis first inspired me when he won the biggest races that I read about in the cycling publications. Along with his 7-Eleven teammates, Greg Lemond and Steve Bauer he motivated a generation of North American kids to start riding. But, on the hillside in Boulder, when I was a competitive young teen, he exemplified a few far more important lessons that not all athletes or top cyclists embody: to lend a helping hand, to remain calm, to give back to the sport, and to push on.

One evening, in 2006, at dinner Connie and Davis’ home, we were discussing the gravel roads and trails in the high mountains above Boulder. As Davis told stories about rides he had done up there as a kid, and then as a pro, a broad smile came across his face. His son, Taylor, who was 15 years old, was intrigued. The following day I took Taylor on a ride up into the snow, on a gravel trail. It was a great adventure. Taylor, like Davis, Connie and Dede, became one of the best cyclists in the World. He’s now retired but rides often although now he ploughs through fields on his bike, hurtles down gravel paths and camps in the hills. Most racing cyclists learn with time that the adventure is more important than the trophies; it grows richer with passing time while the trophies collect dust in basements. In the journey lies the victories as each step is an achievement towards a greater purpose.  This is why, “every victory counts”. The small achievements lead to those that have a lifelong impact.

The ability to ride a bicycle is not only a joy but also a privilege. The machine allows the human to quietly and peacefully discover the environment and the local and greater community with minimal impact. Sharing the adventure of a day on the bike often makes the ride richer. The bicycle brings people together. It liberates.  It gives confidence. It relaxes. It is freedom. Cycling is about friendship. It is also about solitude. To many a ride becomes spiritual. It is about helping others to achieve beyond their expectations. It’s about working together towards a common goal. It’s about the journey as much as the outcome.

From the conception, the Growling Beaver Brevet was focussed on these elements, which, to me, are the essence of cycling.

In 2015, Evan Siddall gave the GBB life through his diagnosis. The goal is to raise funds for Parkinson’s but in doing so, it has taken people on journey that they would have never expected or accomplished were it not for the event. Evan has not only become a good friend but also an inspiration. Like Davis, his resilience, positivity and fortitude as he copes with, and combats, Parkinson’s is inspirational. But, like Davis, it is his devotion to helping others in large and small ways, that is most impressive. They both took a negative that changed their lives and turned it into a positive to help others, which is the most notable of human qualities.

Yearly, at the end of the ride when the riders cross the line at Side Launch, smiles break through faces crusted in dust or layered with mud. They are rich and honest, because the journey, which, for all, has been a physical challenge for a greater cause, is far more profound than just any hard ride alone through the countryside. 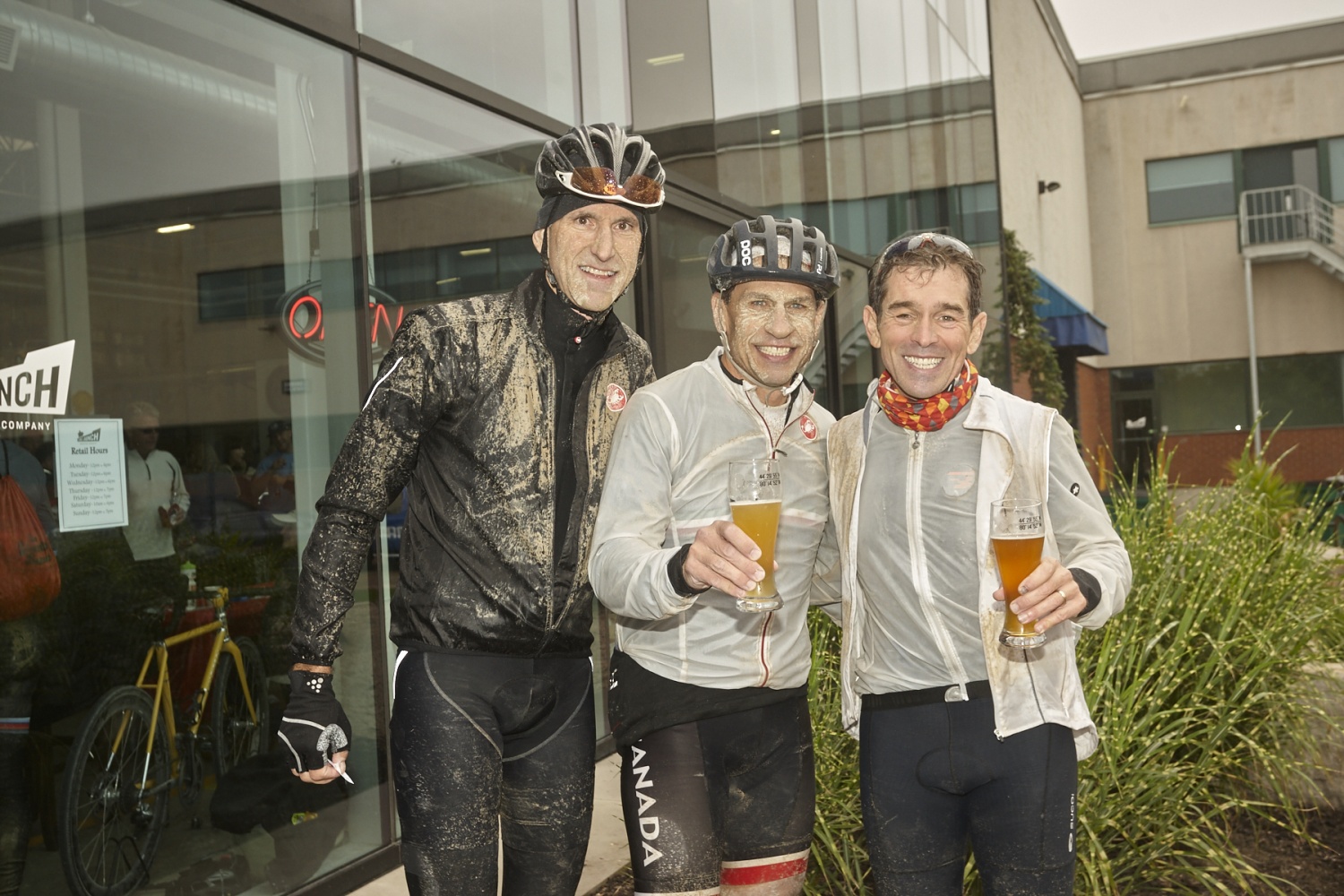 Each small peloton of cyclists that left the brewery for their day on the bike also bonded in a way that only they as individuals within that group will understand or know.  In the shared experience they’ve encouraged each other, helped each other, stopped, waited and pushed on. The accomplishment hasn’t been individual, but communal, and is therefore richer. 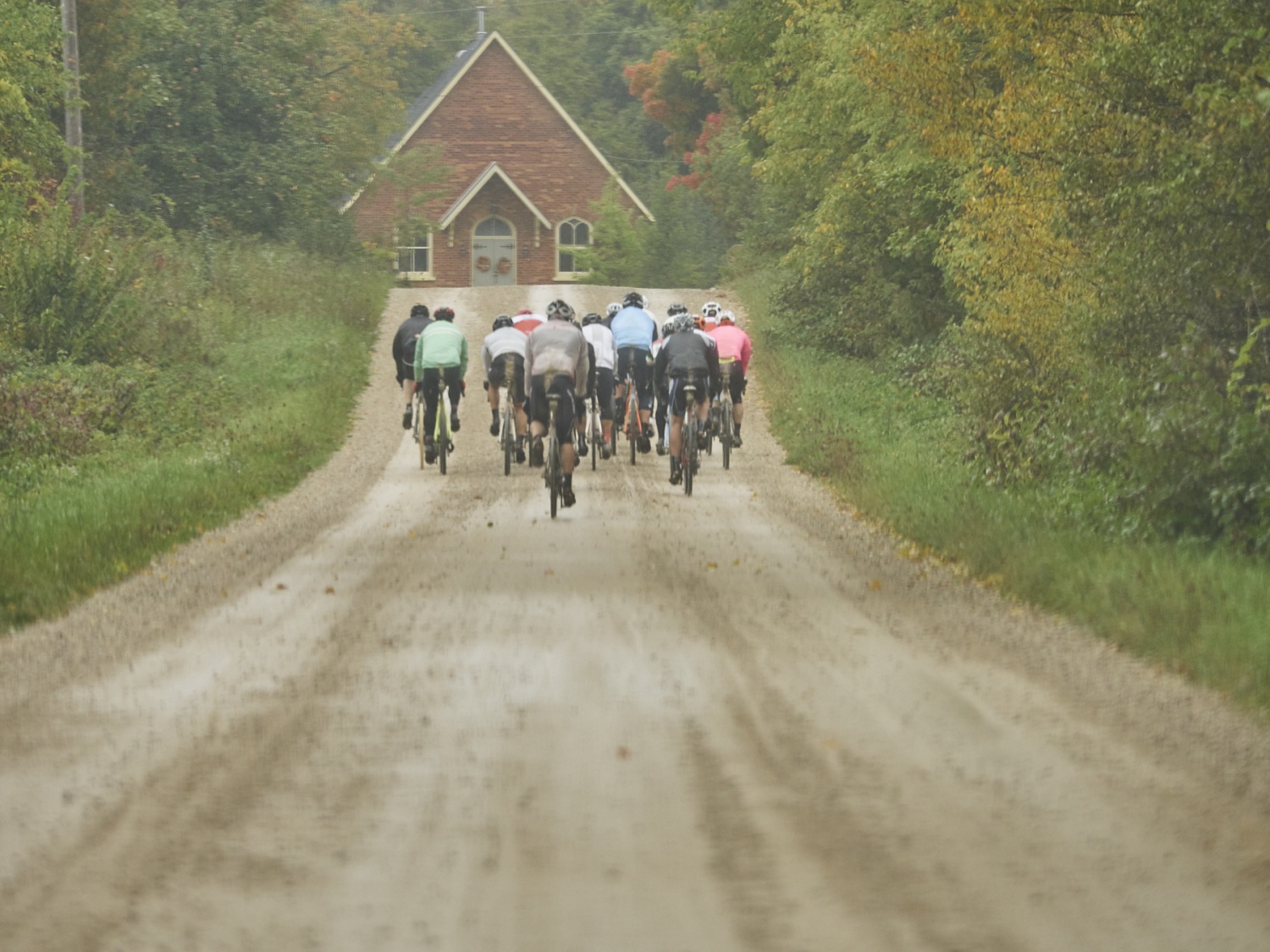 In 2020, we won’t be able to ride in large groups, or commune together after the event to drink and tell stories of the day’s adventures. To deter the spread of COVID-19, we will ride in small groups, or alone, and will continue to raise funds to help people with Parkinson’s. The experience will be novel, and, without doubt, the community will surely continue to grow as stories of participants’ rides will be shared online, as each rider strives to “live well today.”

2020 Growling Beaver Brevet registration is available at this link.  The event will take place in a different format due to COVID-19 restrictions. This is no longer a group ride with an afterparty and all the stops with tasty treats and music along the way but we will continue to raise funds for Parkinson’s. The participants can either ride the traditional Growling Beaver Brevet routes (route maps and GPS downloads are available at this link) or design their own adventure of 200, 100, 60 or 40 km. Our hope is to keep the community together and engaged around the critical cause of helping people with Parkinson’s.  We encourage you to join the GBB STRAVA Cycling club to share your routes and photos. Register now for the 2020 Growling Beaver Brevet and receive a free Rapha long sleeve technical t-shirt.  If you are not able to participate in the event this year, please consider supporting the Mariposa Cycling Club  in their fundraising efforts.  Donate here >>

2 thoughts on “Adventures that have a lifelong impact”