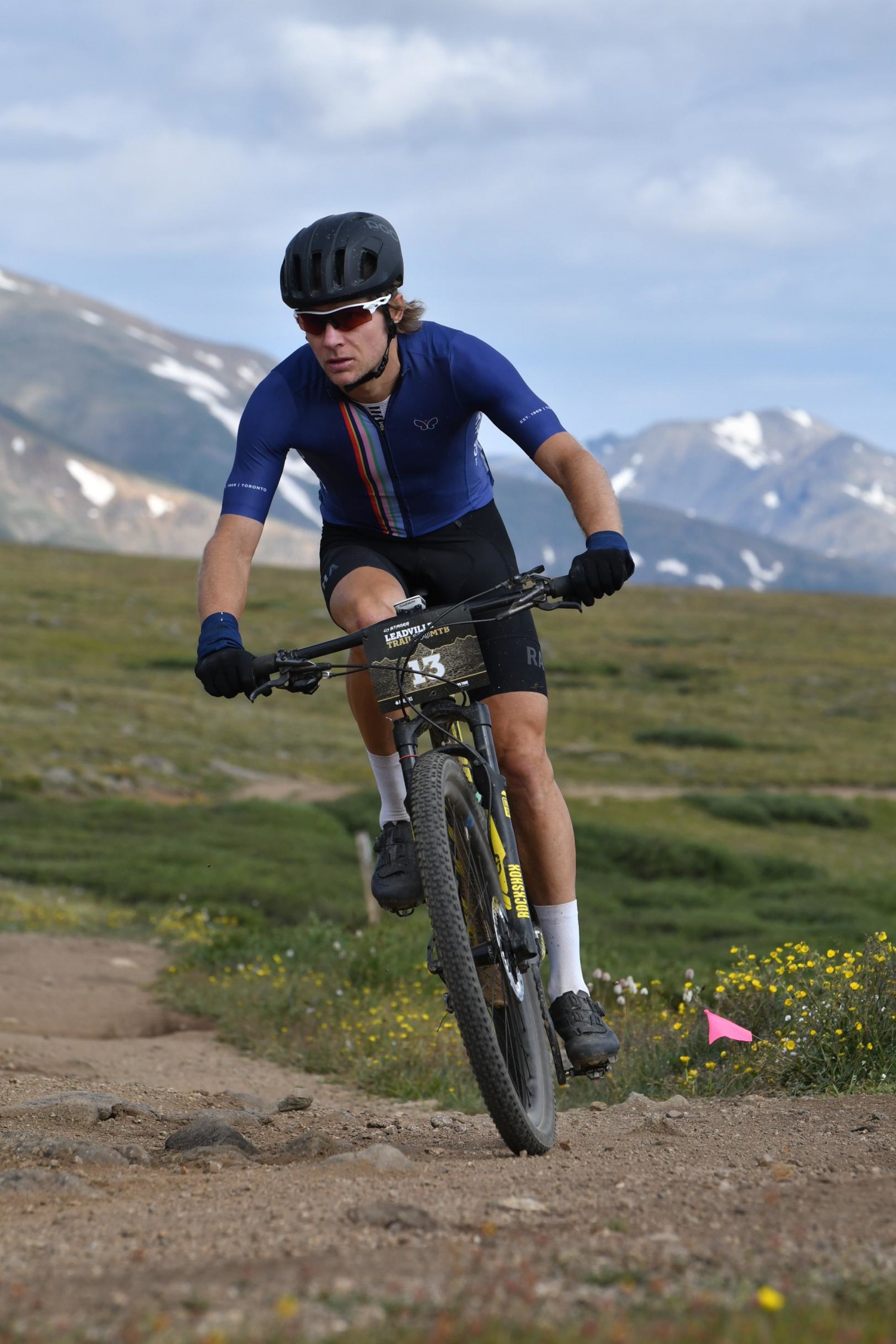 Cross is here.  Cameron Jette just wrapped up a great weekend of racing at the Trek World Cup in Waterloo, WI.  He commented that it was the muddiest race he’s ever ridden. Bas Stroomberg, Ashlin Barry and Gonzalo Sapisochin raced the first O-Cup of the season near St. Catherine’s, Ontario. 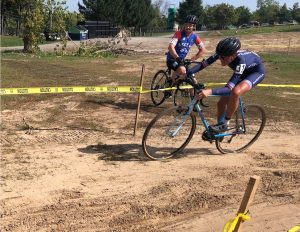 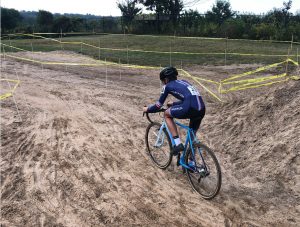 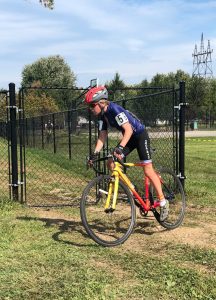 This weekend is round two of the O-Cup in Belleville. Also, most of the Mariposa club riders will be participating in the Growling Beaver Brevet, a tough gravel event that supports people with Parkinson’s:   the Davis Phinney Foundation and Brain Canada. Please support their fundraising efforts here.

The mountain bike season in Ontario wrapped up September 8 with the Provincial Mountain Bike Championships at Sir Sam’s Ski area.  Jack Ciotlos won the U-19 division  and secured his victory in the 2019 Ontario Cup series.  He had a strong and consistent season. Jack also started year one at Queen’s University earlier this month and is currently competing with the Queen’s cycling team in the Canadian University Cup events.  He finished 4th in his first race with the team. 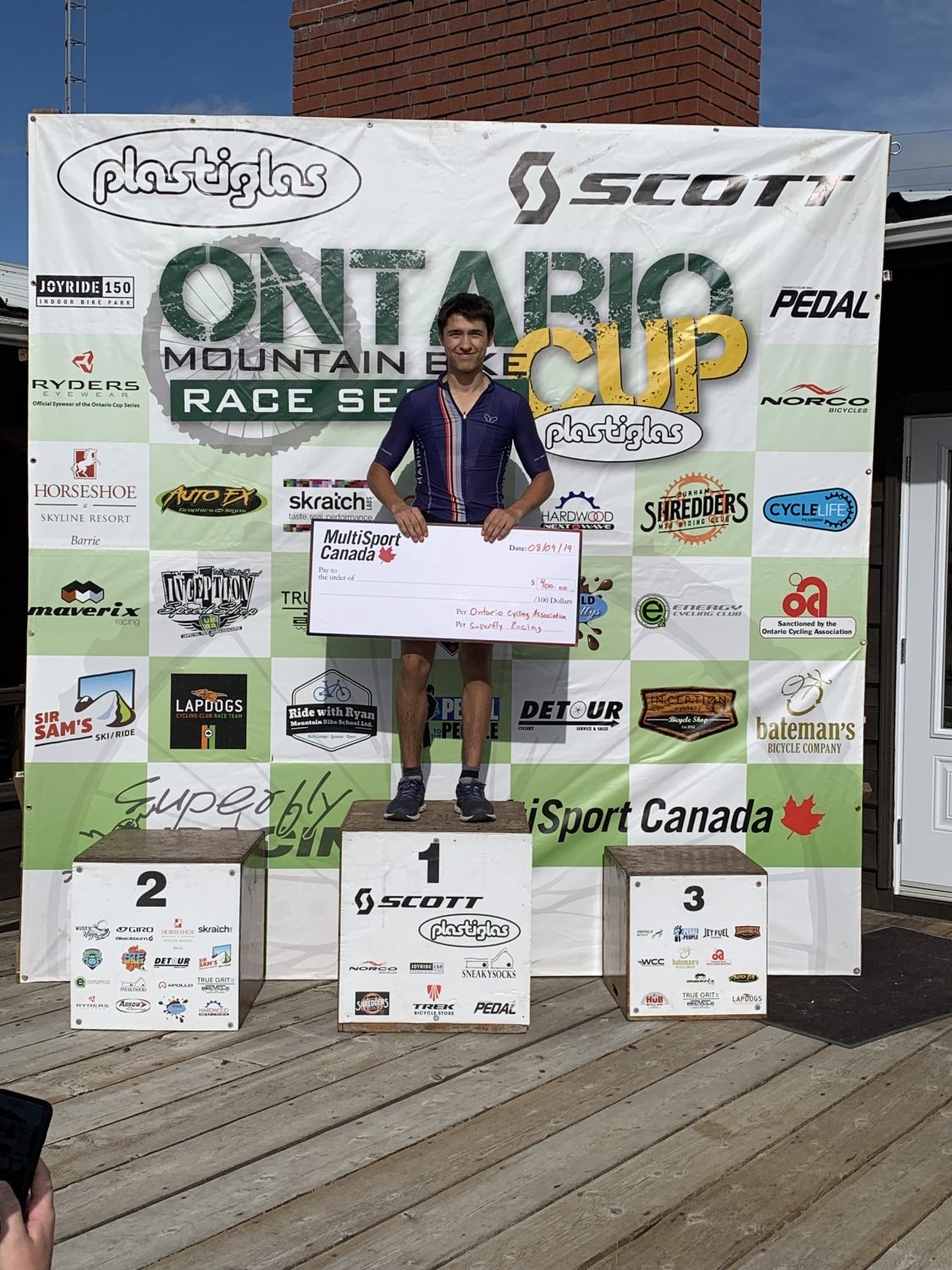 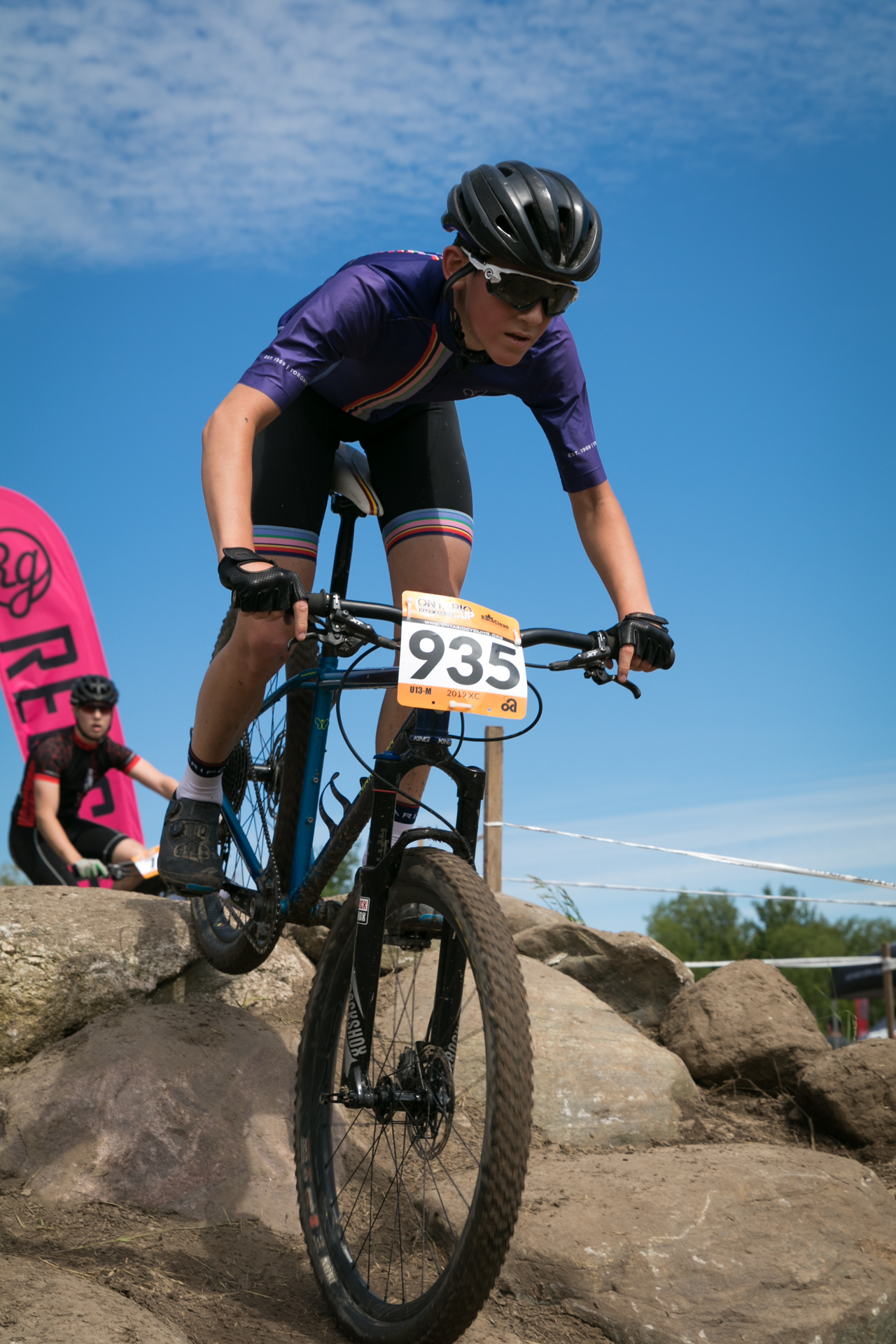 After a nine week break from racing, Ashlin competed in the Scrappy Badger Gravel Race in the Open men’s category. It was a beautiful 80 km course, which started in Couborg in a gravel pit and included a mixture of surfaces: road, gravel road, forest track, deep puddles, rocks and loads of wind, making it a challenging, but fun event.  Thank you to Substance Projects for designing a great course. 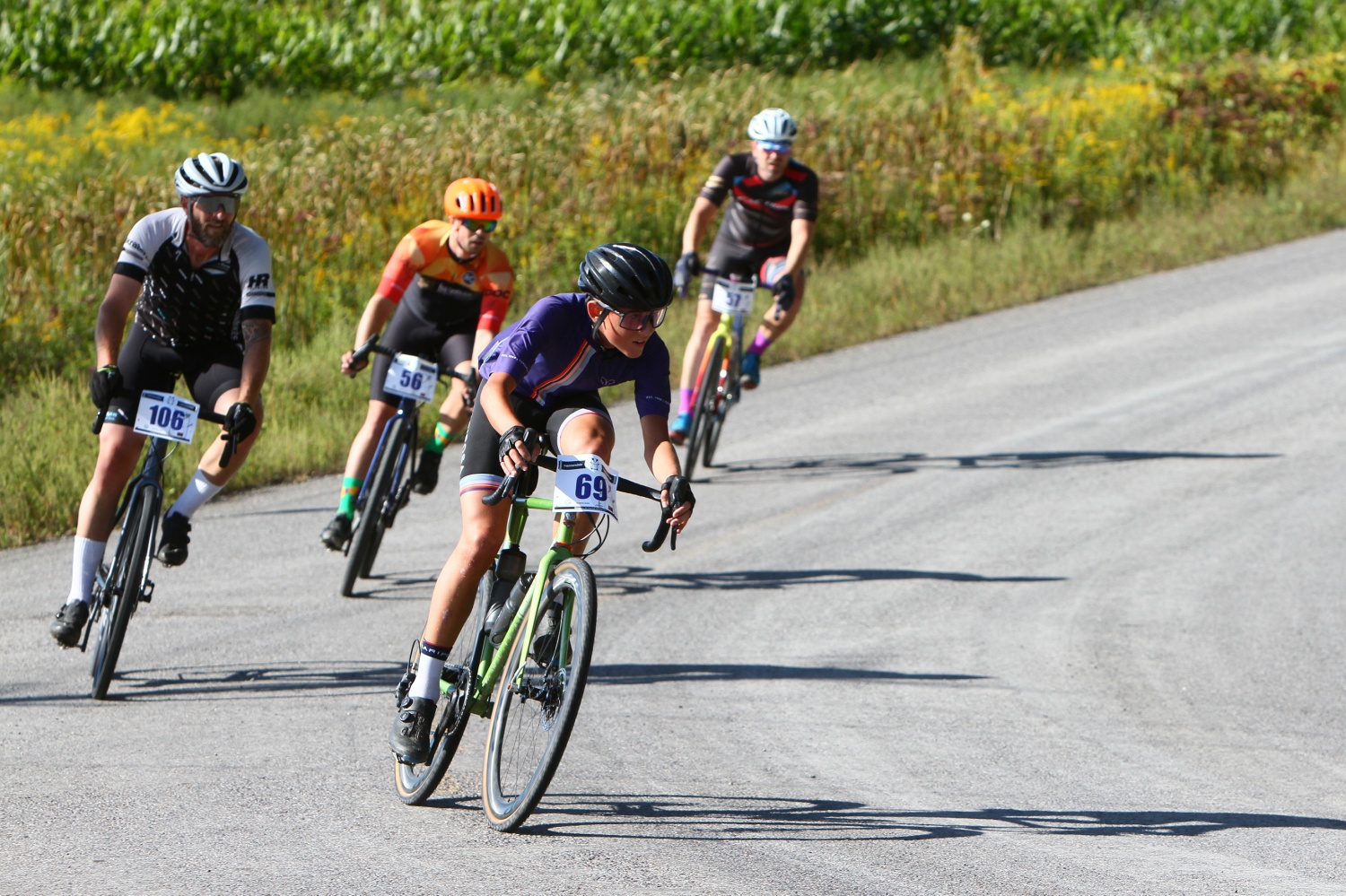 Ashlin holding his own with the men. 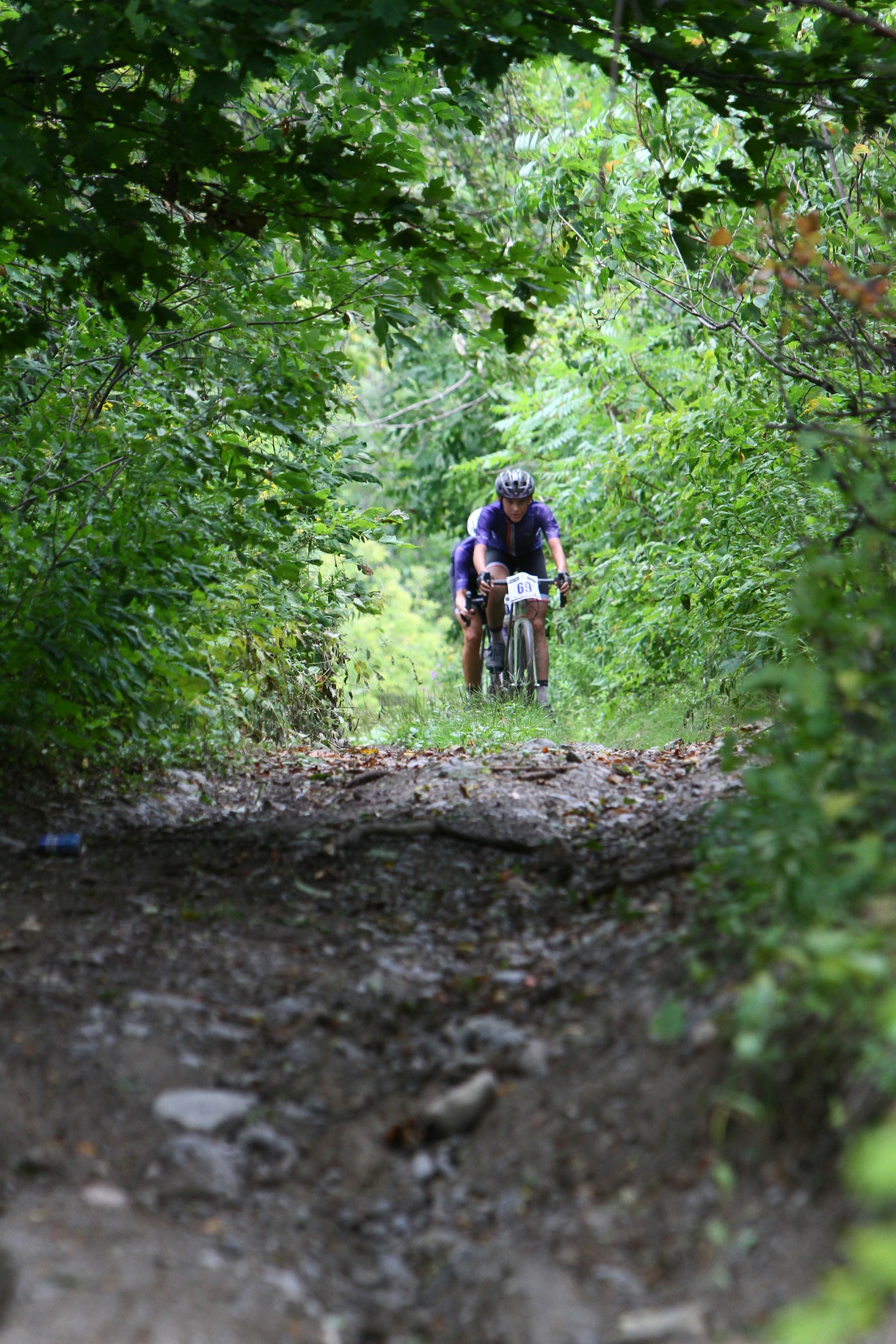 Gravel track in the forest. 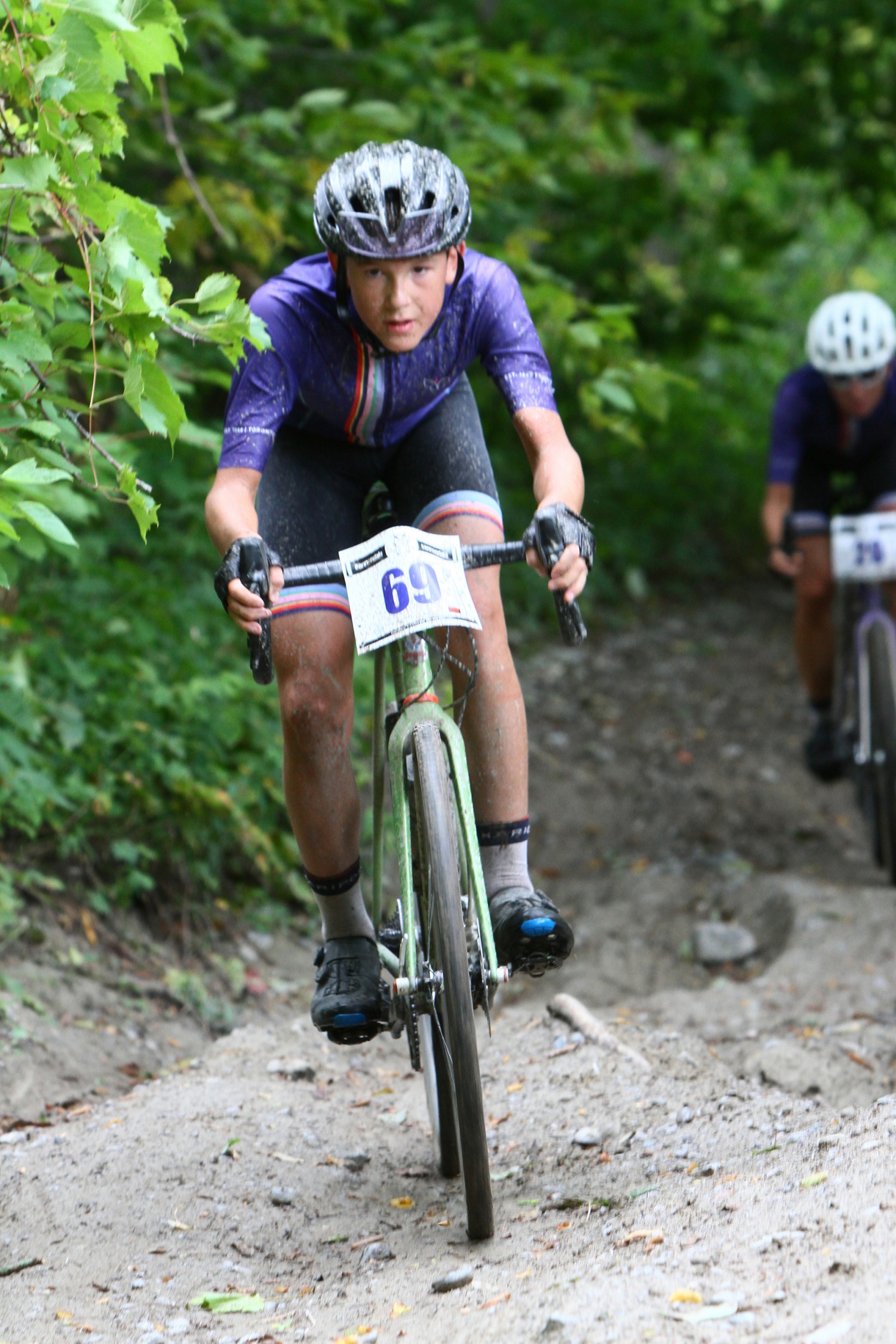 Cameron Jette, Bas and Arjan Stroomberg started their cross season at the Rochester Cyclocross races September 8 and 9.  They had solid rides and Cameron went from Rochester to Iowa City for the Jingle Cross World Cup Cyclocross Race.   Cameron is aiming to get World Cup points in the upcoming races to qualify for the World Championships.