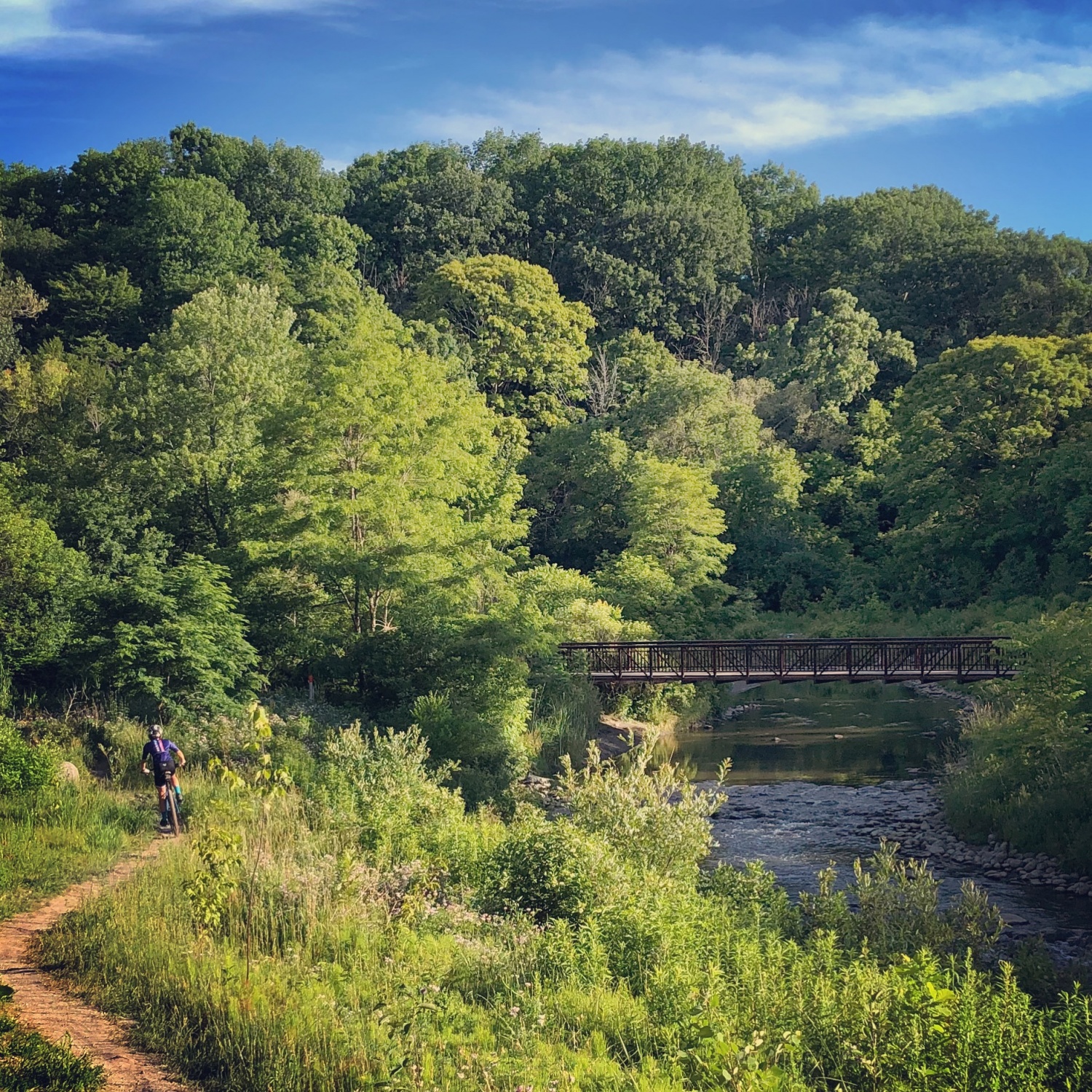 Out on a bicycle, we discover. We find little nooks of the countryside or the city that become our own sanctuary away from the noise of daily life. Some are places that teach us about where we live, the history of the area, the geography, and culture. There are sites that bring us peace, there are sites that incite memories that bring smiles or, perhaps, tears.  These are places that help us learn about ourselves and the environment in which we live. On a bicycle we are constantly discovering and often returning to the places that evoke such emotion.

Since returning to Toronto in 2012 after having lived in Annemasse, France, Boulder, Colorado, and Girona, Spain for almost twenty years, I realize how much the city I grew up in has changed: A forest of skyscrapers crowd the downtown core and the waterfront, the suburbs continue to mushroom up from farmland, strip malls replace farmers’ produce stands, the traffic has increased to chaotic levels, and the pace of life seems to be incessantly accelerating. Anger builds in the traffic, tempers flare, car horns blare. There is no sensible reason. The city is beginning to consume itself in congestion. A weekend escape from the tarmac to the quiet and green of the natural environment helps lift spirits, but it is the daily escape, even if only momentary, that has the greatest effect. We need not venture far to find a moment to breath. 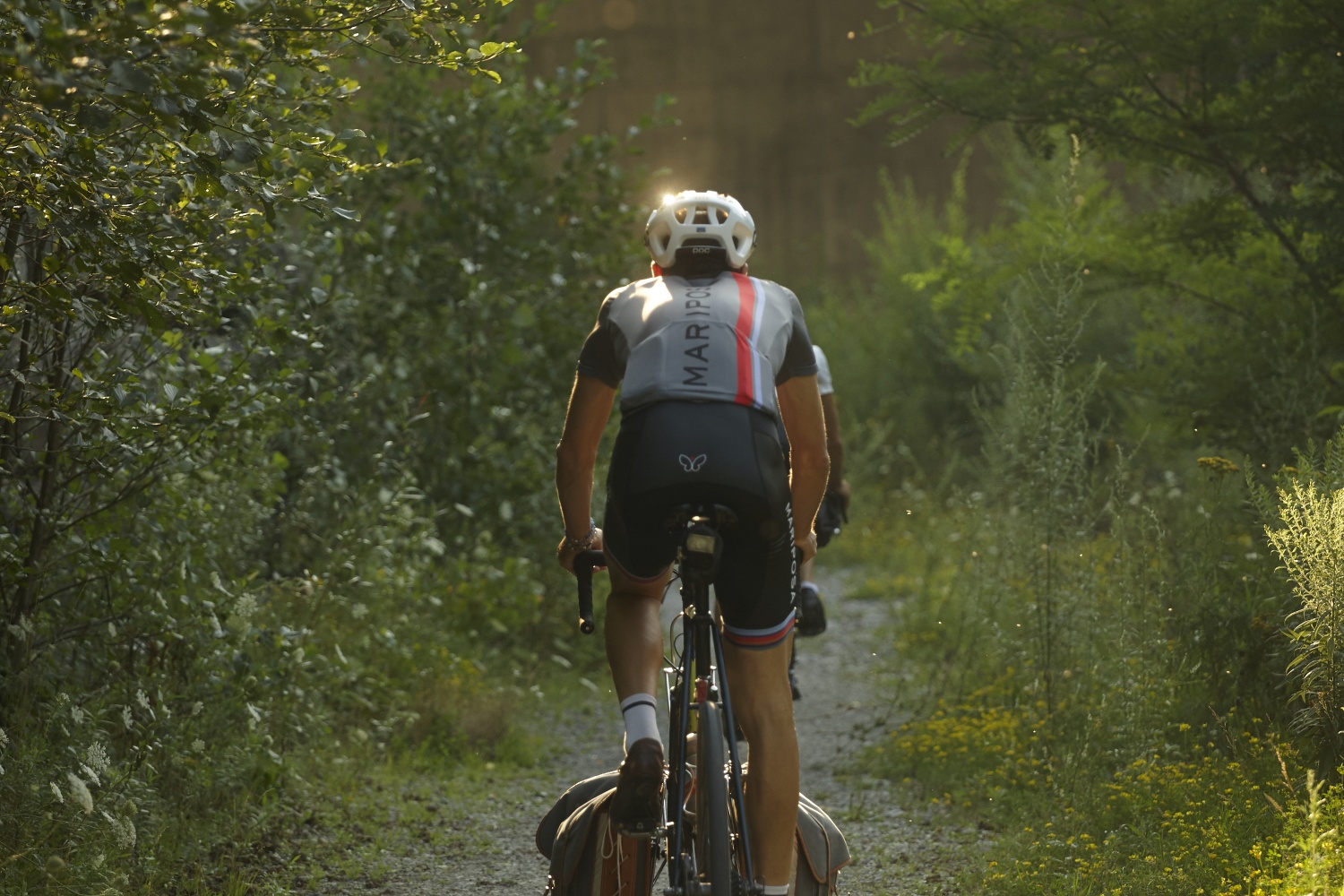 Each day, on my bicycle, I can find that peace. Along my route I will stop by the river that carries the water that flows down from the storm sewers on the city’s streets. With time the river has cut a deep ravine in land. Minimally developed for industry decades ago, and then reclaimed by the city in the late 1980’s, it is now parkland. 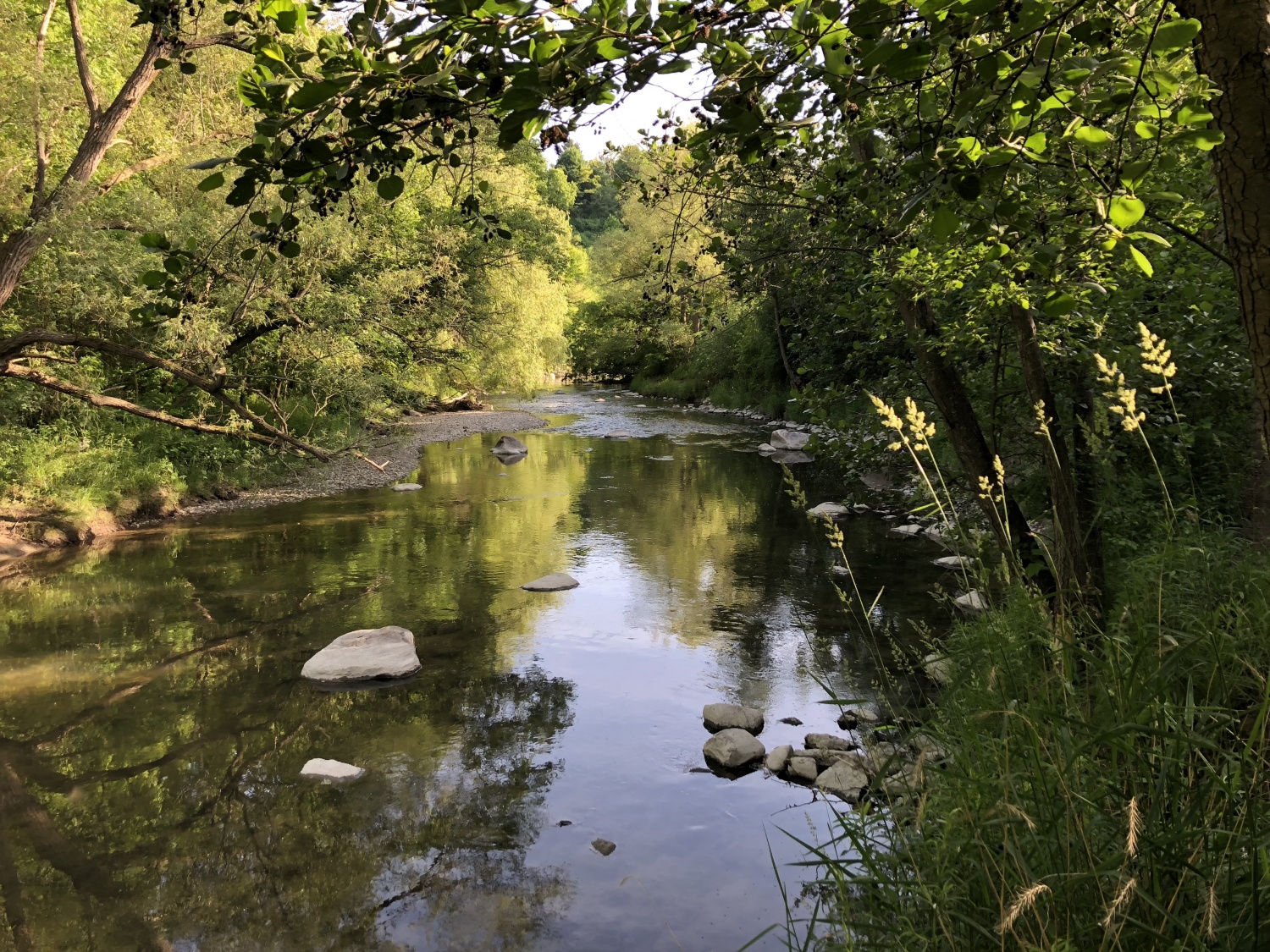 To and from work, I travel the rivers’ arteries, sometimes on the bike paths, sometimes on the network of hiking and mountain biking trails. There are a handful of places down by the water’s edge, where sandy beaches have developed, that I’ll stop. I’ll find a seat on a deadhead trunk, or a rock, and sit for a moment to absorb the environment. That moment is rejuvenating. 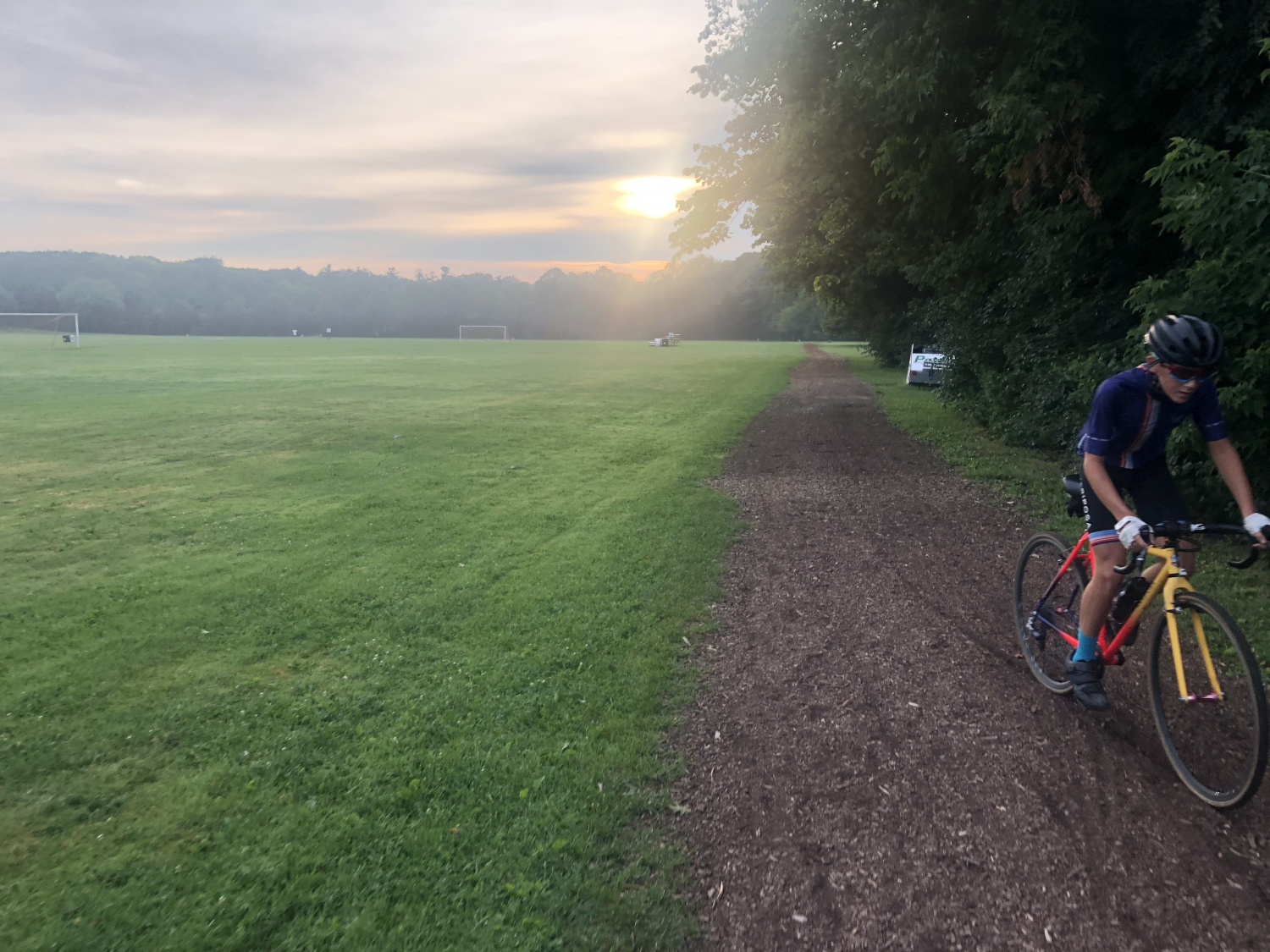 To me, the park is the heart and lungs of the city. It is where the city feels most alive, where it breathes, and where it brings life. On the beach, I’ll stop, close my eyes, listen to the birds, the bugs, or, in the winter, the crack of ice. As the city stopped spraying pesticides a few decades ago, there is an abundance of wildlife to listen and watch for: deer, coyotes, rabbits, heron, foxes, beavers…. 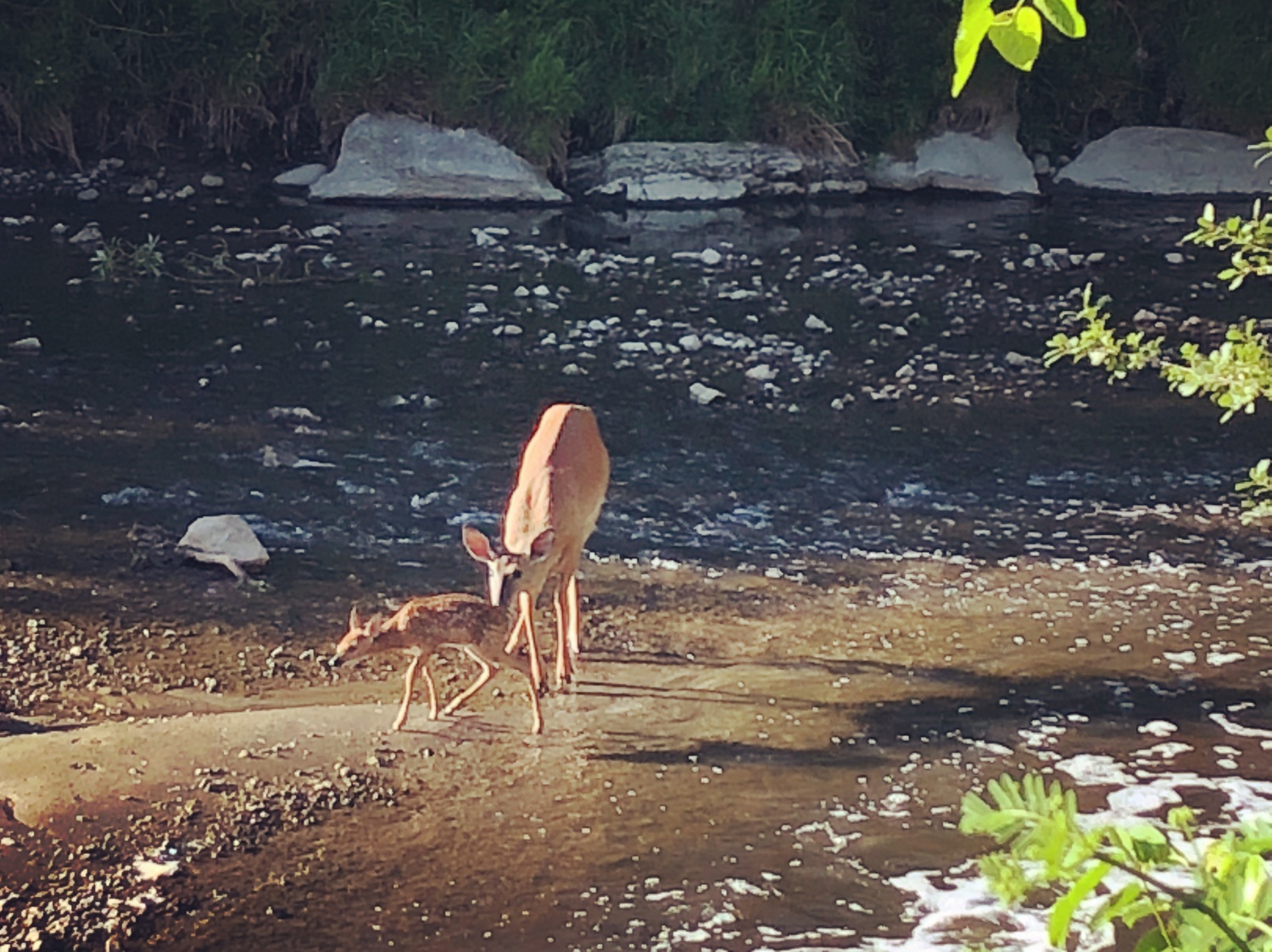 I’ve been riding down on the river valley since I was boy. These are the trails and the fields I grew up discovering when I was a teen first learning to ride a cyclo-cross bike. In the 80’s my parents ran weekly races for kids down on a disused bit of road leading to a shuttered pulp and paper mill. It was there I learned the skills that I would later use in the professional peloton. I now ride along that same stretch with my sons, trying to teach them those same lessons.

The trails and bike paths are now more extensive and groomed than they were a decade ago; there is more to explore on a bike or by foot.  In the woods, you feel as if you’re miles from civilization. It is only the distant drone of traffic that reminds you that hundreds of thousands of people live within kilometres of the park. 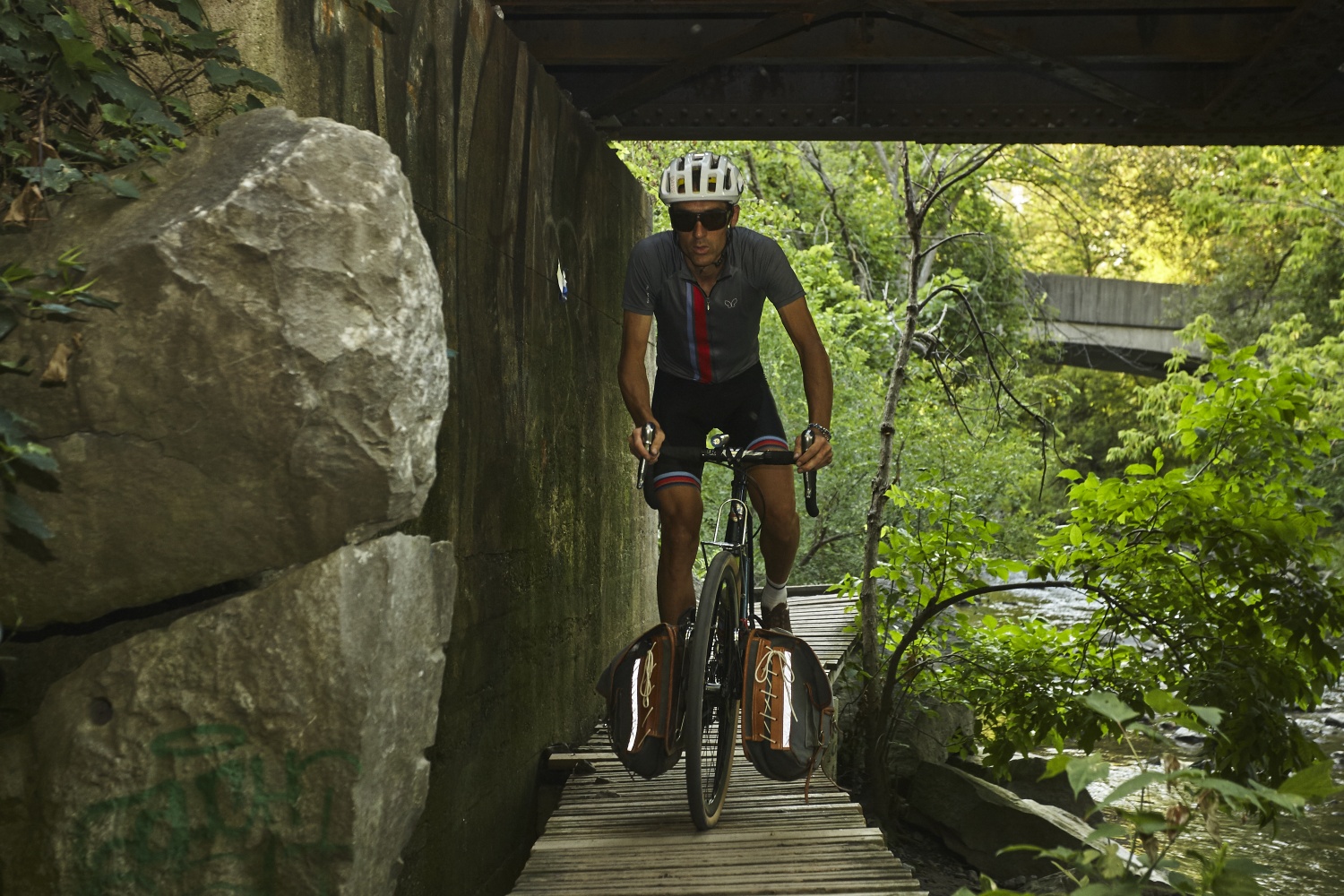 In the ever expanding city, this remains my favourite place to ride and to stop for a minute, reflect, contemplate the day ahead and breath in the air before pedalling out of the ravine and into the noise of the city. Down there the city is at its best. 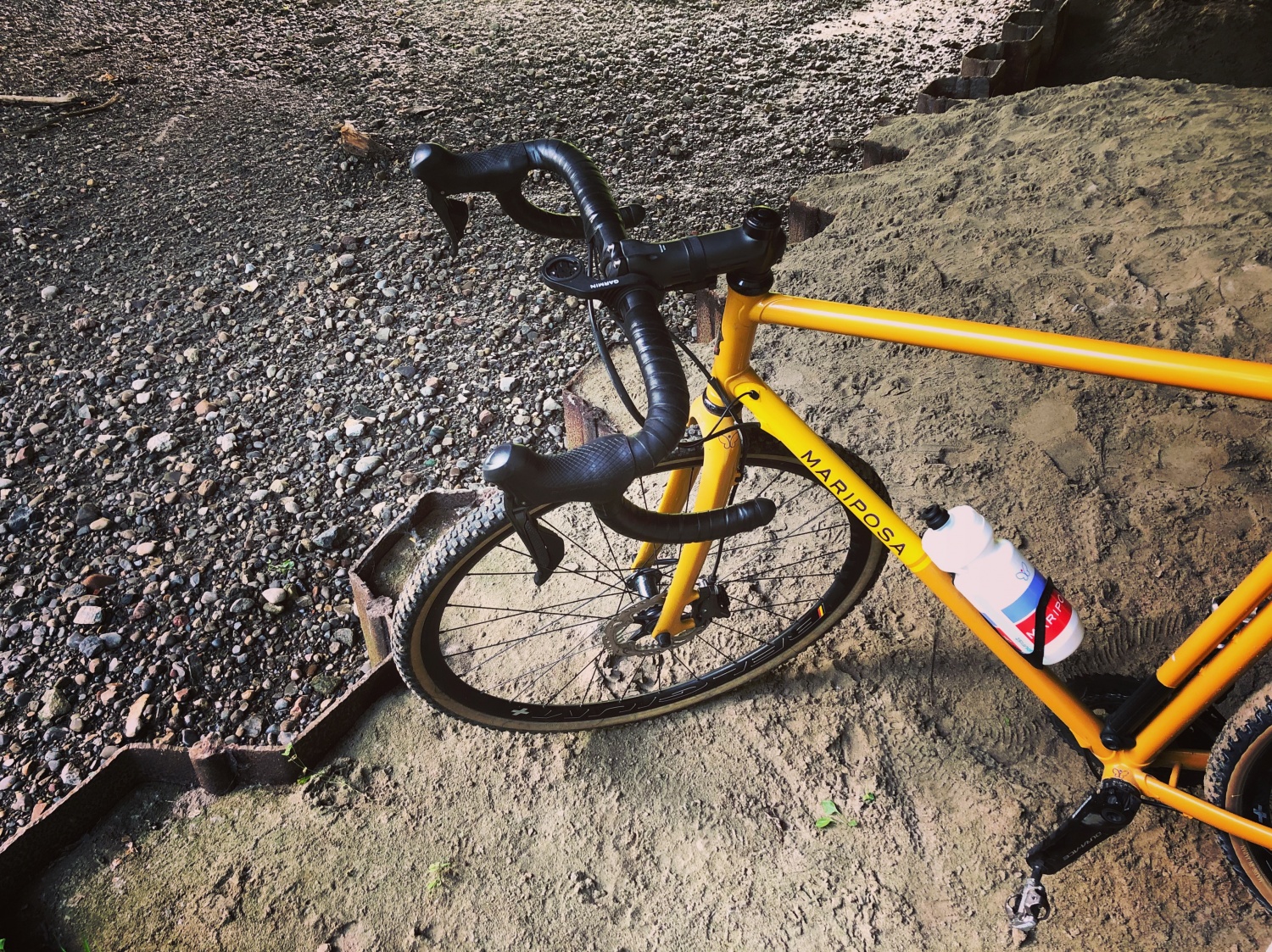 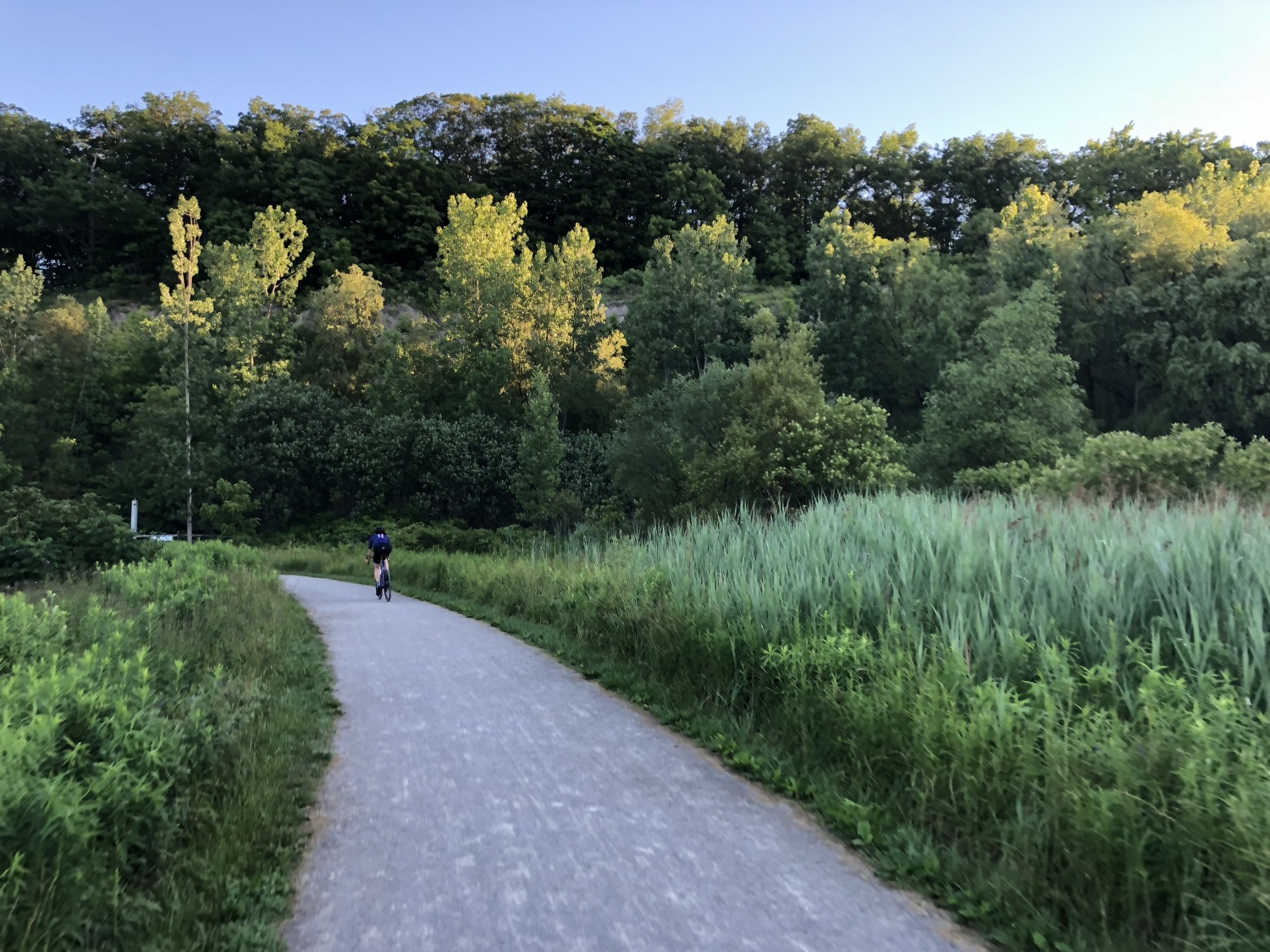