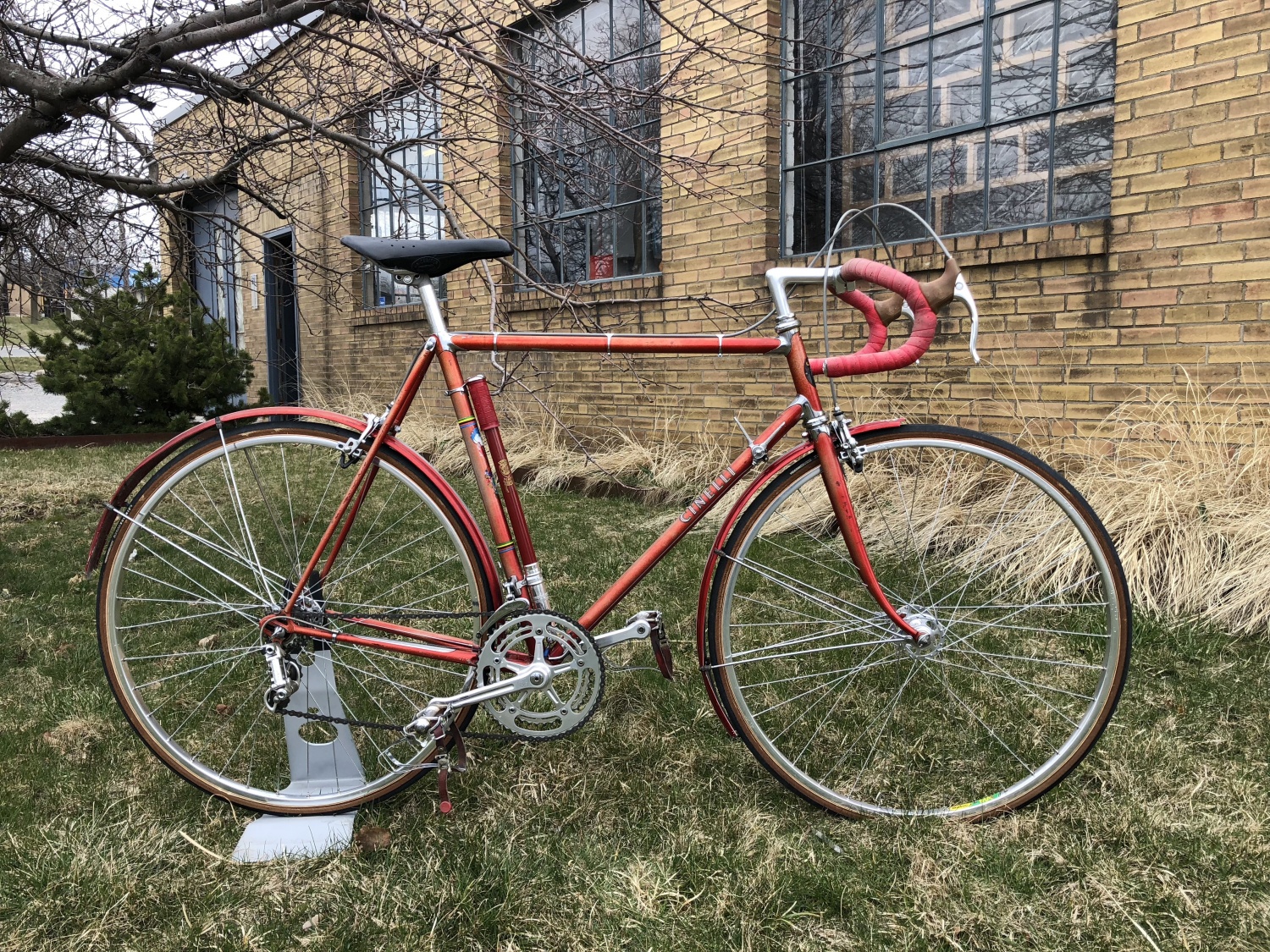 As a young teenager in the fifties I spent most of my spare time riding my bike, hanging around the local bike shop or visiting as many as I could of all the bike shops in London. After the war, cycling was very popular, few people could afford cars and consequently the roads were free of traffic. There were many bike shops and unlike today, shops had interesting window displays showing a wonderful selection of components. There was a heavy import duty on complete bikes but no duty on parts, therefore everyone bought their frames and components separately resulting in bikes with an interesting mix of components. Of course my friends and I were mostly interested in the shops that dealt in the “lightweight trade”. Many of those had a frame builder on the premises whose hand built frames would be displayed in the window.

One of the most interesting shops was Cyclecraft in Chiswick, West London not too far from where I lived. We would ride there and gaze at the marvelous display of Cinelli frames. I could not possibly afford one but in 1956 I managed to buy a used 1951 model. In my opinion Cinellis were the best looking frames available. The chrome lugs and the bright translucent paint were spectacular. The head-badge is still recognized as one of the finest ever.

This Cinelli could have been one of those that I had admired in London all those years ago except that those in London were not supplied with fenders. The Cinelli fenders are a much sought-after component these days. They are made to fit and painted to match the frame. The other components are not those that would have been supplied back in the fifties. They are from the sixties and a step up from those available a decade earlier. Although this frame is in good original condition that wonderful red paint is badly faded after all that time. 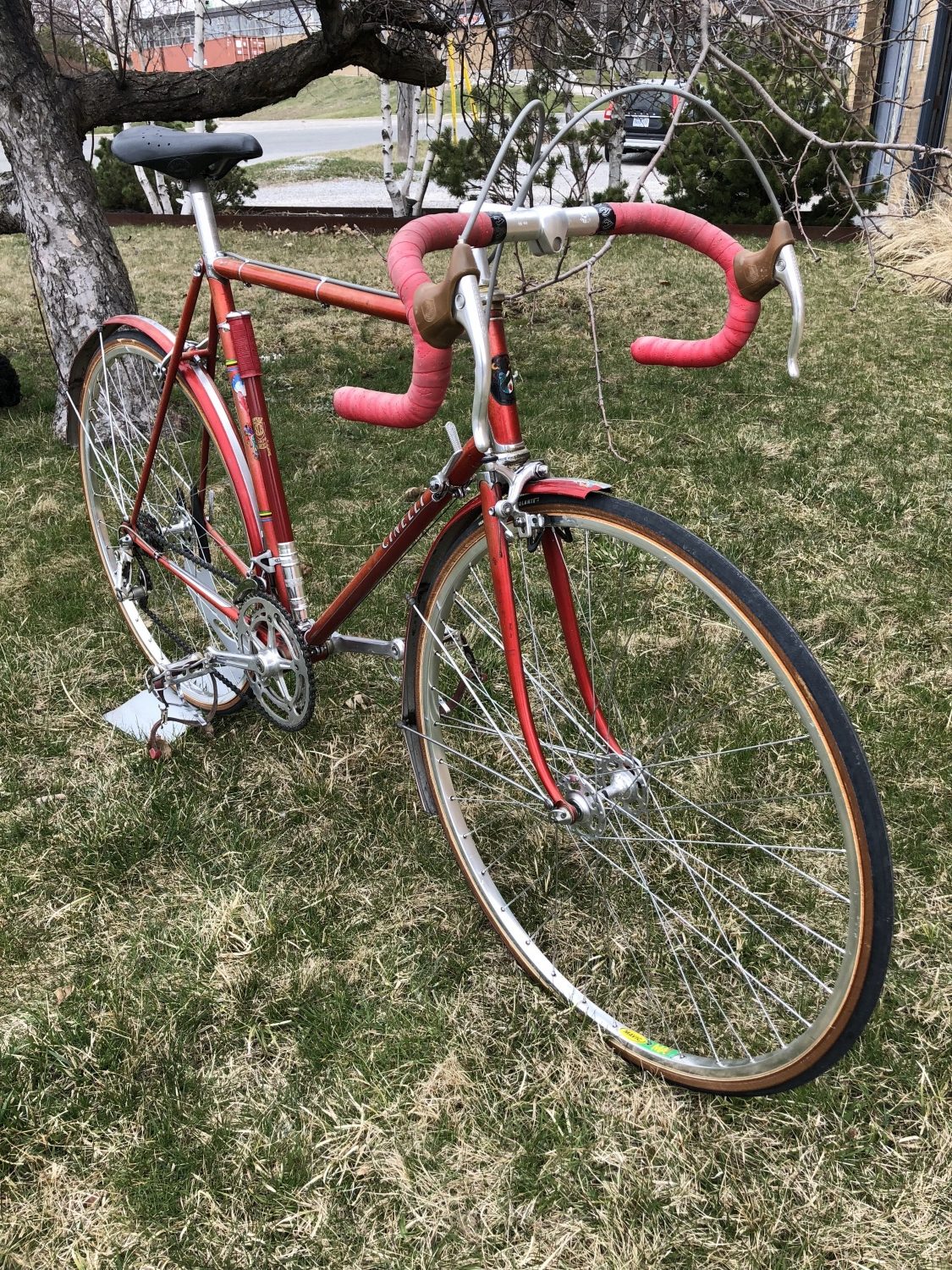 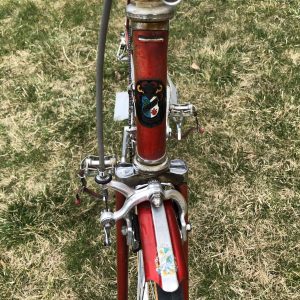 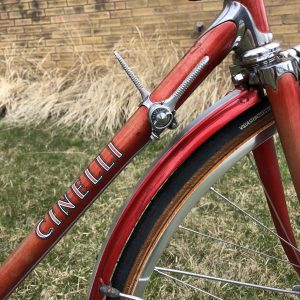 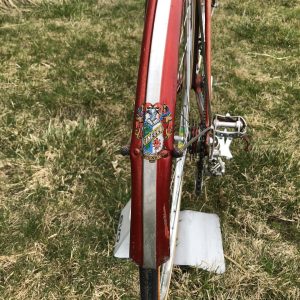 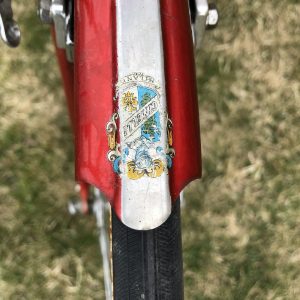 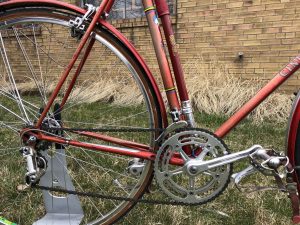 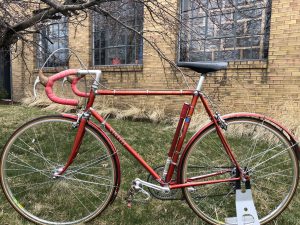 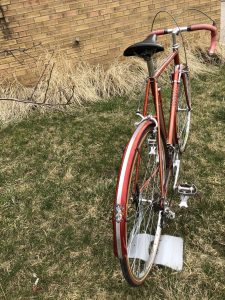 This bicycle is currently being available for auction on eBay @bicyclespecialtiesvintage

One thought on “Vintage Bicycle Feature: c1958 Cinelli Model B”