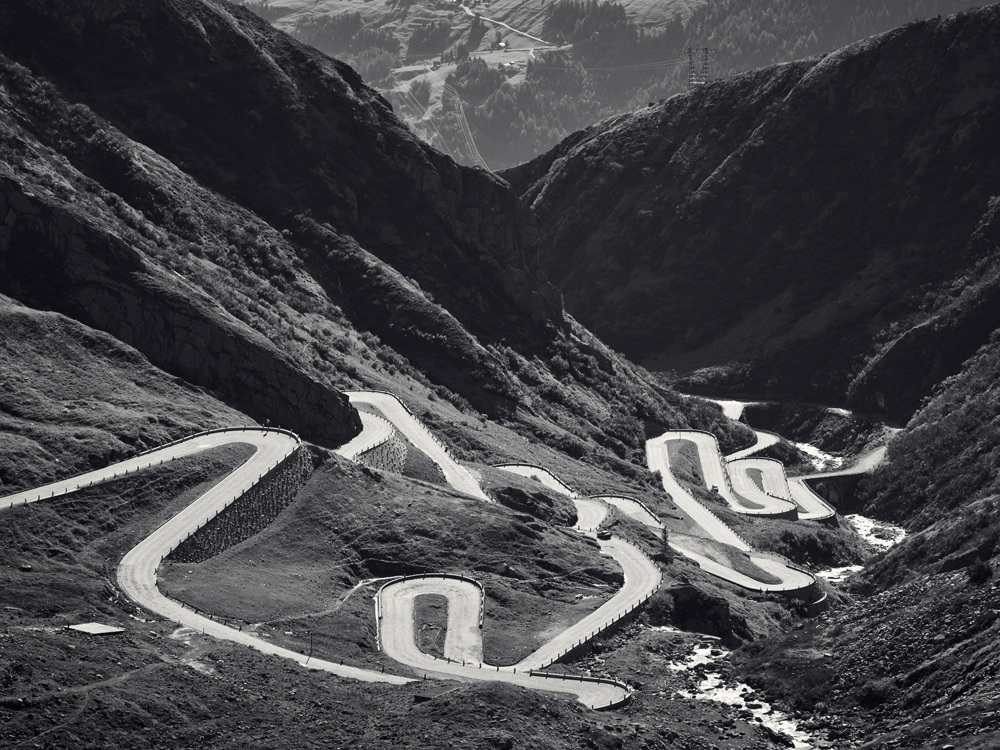 They chatted as they smoked in a language that was undecipherable. The air in the car was thick with diesel fuel and strong cigarettes. It was a Lada, or Skoda, or something from the East; I didn’t pay attention, or I can’t remember. My memories are spotty, as if the cold had frozen my thoughts. We drove down the final metres of the pass, into the wooded valley, towards the feed zone where, if I was still on my bike, I could have warmed up, pulled on a jacket and ploughed on towards the finish line in Le Grand Bornand.

The wipers tried to keep up with the snow that was accumulating on the windscreen. I was curled in the corner, against the passenger door, snuggled – no, jammed – between the mechanic, the spare wheels, his toolbox, a dozen water bottles and a team’s worth of musettes.  On the mountain road thin lines left by bicycle tyres were etched into the snow, like threads in a fairy tale for the driver to follow. I gazed out the window, frozen in defeat.

At the top before I quit, I was already cold and a blanket of snow covered the road. I’d asked a TV motorcyclist to borrow his gloves, just for a minute, as I prepared myself for the 20km long descent . Without pity, he said, “no”.

Bicycles, with their frame numbers and shimmering paintwork, were piled outside the summit café, their colours contrasting the stone building, the snow covered roof and the greyness that had closed in. I wasn’t going to join them, my rivals, in the warm café; I wasn’t going to quit. In front of me, on the snow covered road was my opportunity to fulfill a goal, a dream: I was in the top ten in the Tour de L’Avenir and the pro directeurs were taking note. This was the penultimate stage. A contract would come, I was sure. The mountains make champions. And, they crush cyclists…

On the start line I had mapped out the day in my head. Ominous clouds loomed overhead, a shroud moving in to squelch the joy of the crowd. Being Canadian I would overcome the cold rain, I thought. But I was unprepared on every level; I wore only Lycra shorts, a thin jersey and arm warmers. I didn’t even have a rain jacket. The loudspeakers boomed Gloria Gaynor’s I Will Survive, which would haunt me long after I had climbed off my bike.

It was the longest climb I had ever raced: 20.3 kilometers and 1,227 meters of climbing. By the base of the climb the peloton had already shattered. A break had gone up the road but the team on the front of the chasing group, ONCE, was setting a tempo that had us digging in. At the bottom, a sign said – 20 km au sommet – I tried to ignore it. At the pace we were riding, few riders would hold on to the leaders for another two kilometers. Then we would be alone or in small groups until the summit, which was hours away. 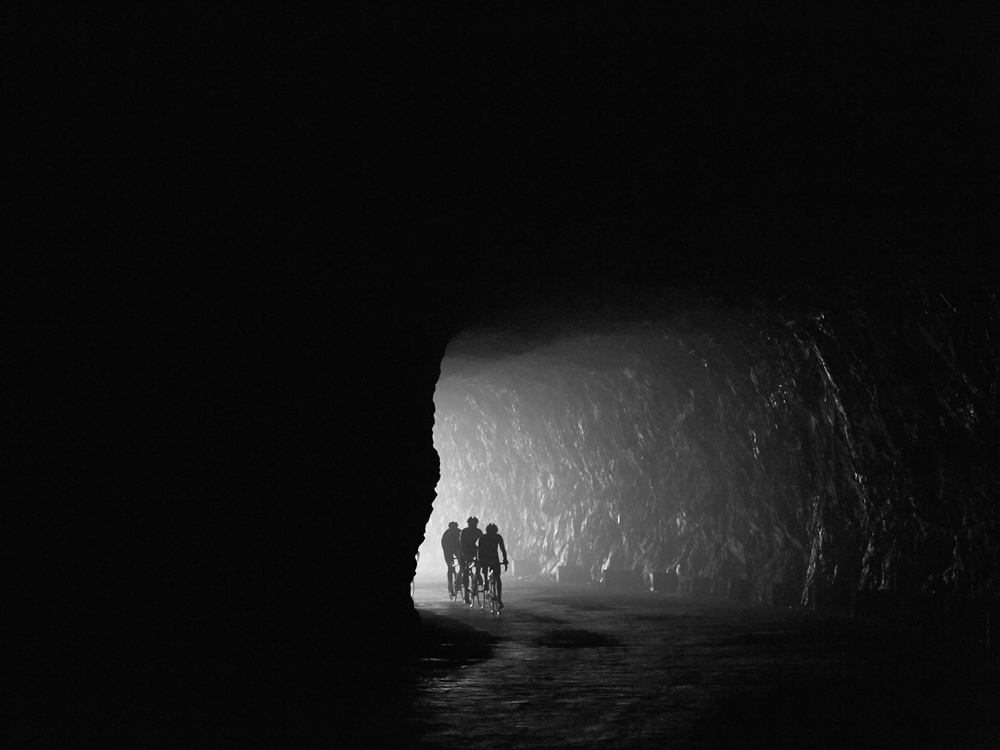 The road narrowed as we climbed into the trees. The tarmac was rough, a chip seal that dug into the tires, slowing us, making the fight even tougher. Rain was now turning to snow. Between breaths, pants, riders shook their heads. “What are we doing?” There was no talk of calling the race off. We were too young and naïve to protest racing in such conditions.

It had collapsed into a race of survival. A peloton of young boys, all under 25, who would otherwise be at university, or working in a factory or ploughing a field, were pushing up a mountainside with four passes to climb before the finish. We were together as a group but alone in our effort all because we wanted something greater: to be professional racing cyclists tearing over mountains in the Tour de France. We were on our way to achieving the dream and now was not the time to give in.

To read more, purchase the book. 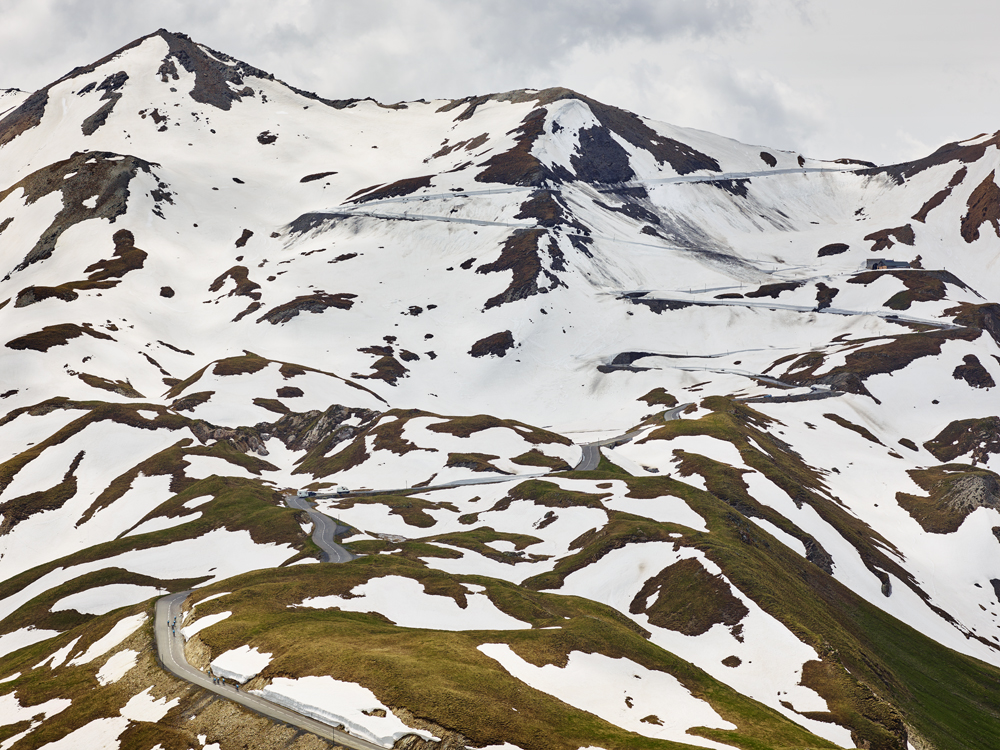