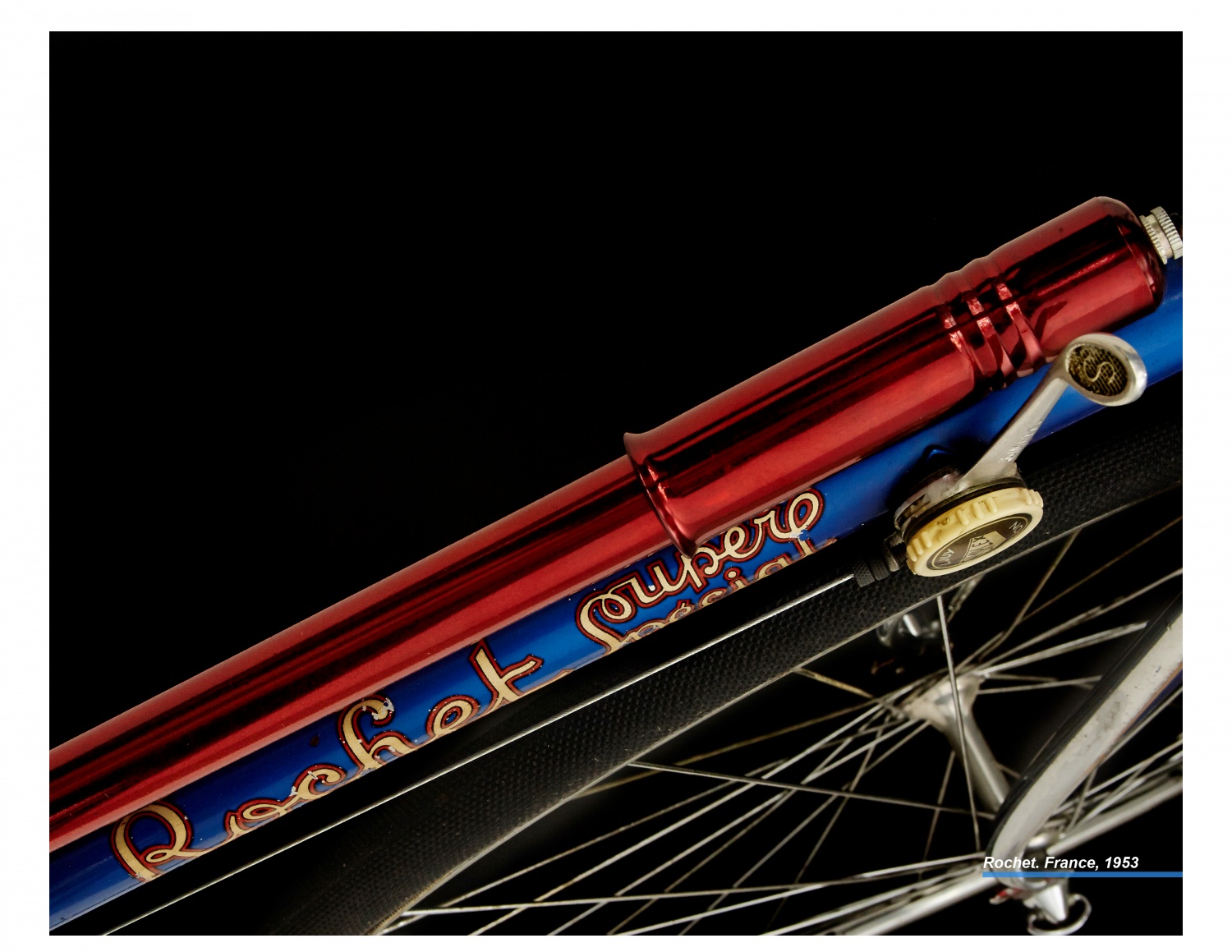 Cycles Rochet was an old French company established in the early 1890s in Albert, northern France. Their extensive factory was demolished in the First World War. They moved to a factory in Paris and at some time had a head office and retail store on the Avenue des Champs Elysees. The company closed in the early sixties. They had made a complete range of bicycles from childrens’ bikes to top level pro racing bikes. This one is a top of the line model of around 1953. The frame is built with Reynolds 531 tubing and Nervex Professional lugs.

In the mid-nineties, my son, Michael moved to France to race for an amateur team based in Annemasse. The area was ideal for racing and training as it is in the Haute Savoie region of the Alps. It was the start of his quest to become a European based professional rider.

With many hours and many kilometers spent each day training in the area, he got to know all the region’s small towns. Most French towns have flea markets that often have a good selection of old used bikes. Michael made some good finds and a number of them are now in my collection. This old Rochet was such a find. A top class bike in its day, it is fitted with a Simplex 543 derailleur. This mechanism was Simplex’s answer to the then recently introduced Campagnolo Gran Sport.

The 543 has two cables operating from one lever. They are joined together just before they are attached to the derailleur. One cable pulls the derailleur cage laterally to engage the sprockets. The second cable adjusts the chain tension. As a larger sprocket is engaged the chain tension is reduced in turn reducing the overall friction of the transmission. It was a good idea but not many people appreciated it and it was discontinued when Simplex introduced the Juy Record 60 model. The 60 was very similar to the 543 but without the double cable arrangement. It is now one of the derailleurs most sought after by collectors. 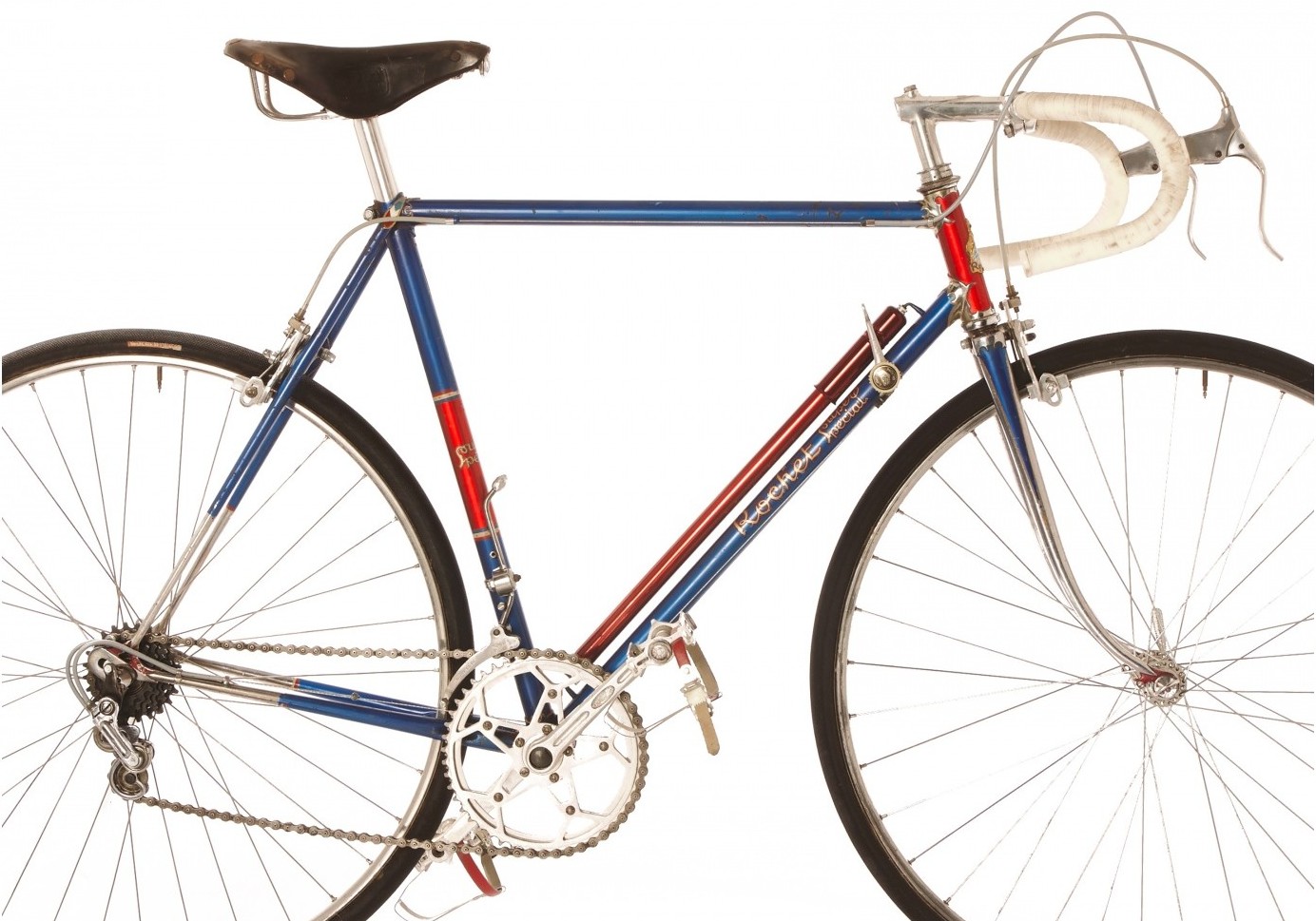 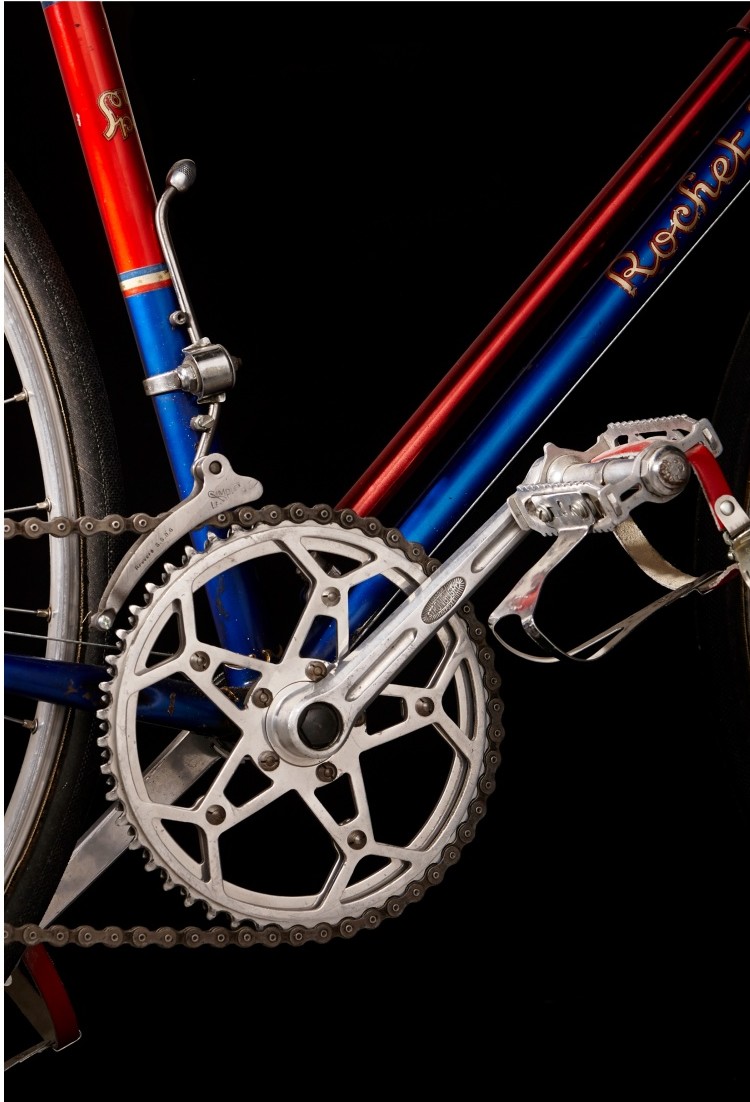 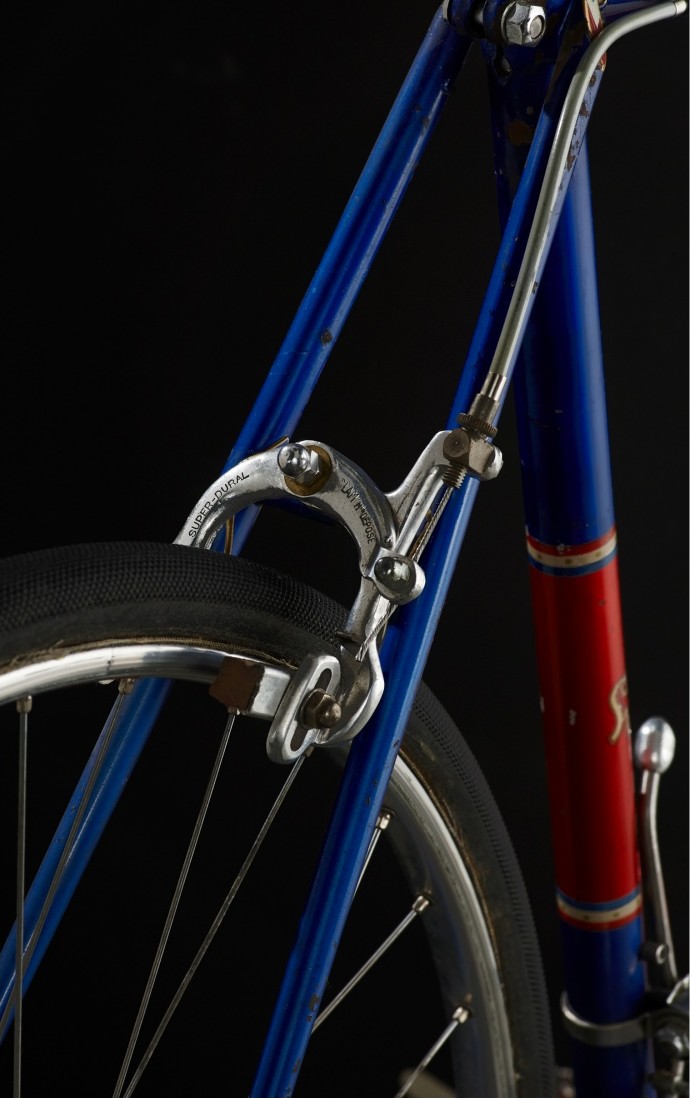