THE ESSENCE OF A GOOD RIDE 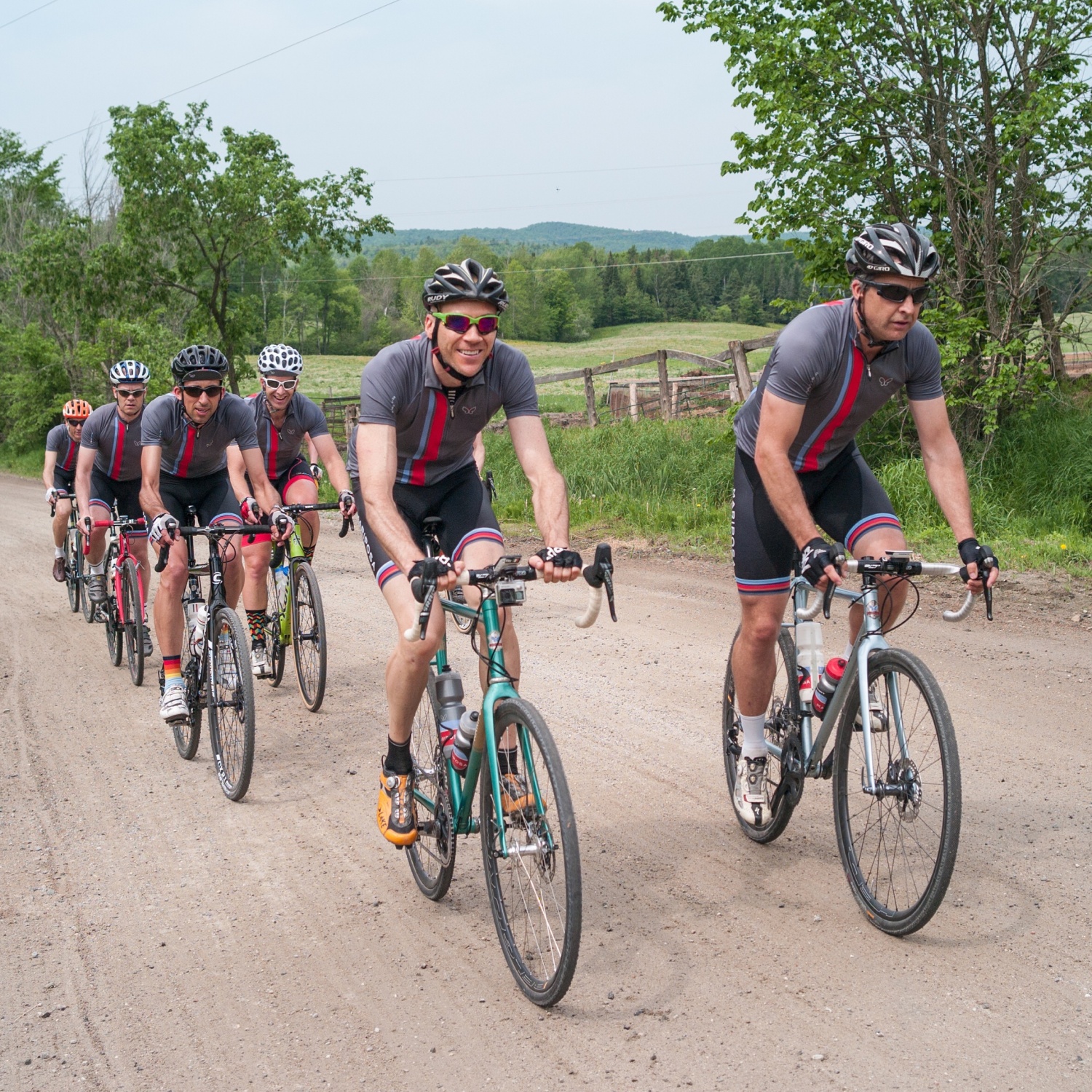 Towards the end of my 30 years of racing, where all goals were in the pursuit of a finish line, I came to realize that the best days on the bike were often those where I no longer focused on the finish line. They were the days where the ride would carry on and on, as I stretched the day out with another turn that took me further from the destination. I would tag on another climb, or another 10 kilometers of road I hadn’t yet discovered. I pushed the pedals hard when it felt right, stopped in towns for pastry and a Coke when my legs no longer turned with fluidity, and then pushed on, chatting with a friend, or alone absorbed in my thoughts, towards home. They were days I didn’t want to end.

As adults we seek out adventures that make us feel alive, that make us feel like kids, that bring friends together, and that push us to see and experience things we haven’t before. The year isn’t long enough to fit in enough of those moments but every weekend, or month, or so, I return home from a good ride, or event, and sense the buzz.

During the final month of my racing career, I had been riding a lot. Not because I was out of shape but because it was what I loved, what I needed and what I knew I might no longer be able to do as my life turned. One day, returning home under the setting sun, after being out for six or so hours, in the mountains, behind the motorbike and onto the gravel lanes, my former teammate, Jeremy Hunt, turned to me and David Millar and said, “God, I wish we could do this for the rest of our lives.” The three of us were soon to retire and those rides were the moments Jez wanted to hold on to most—not the pro racing career or the accolades but the long rides with friends.

Recently, there have been a few events and rides that bring me back to the emotions I felt on the long rides with Jez. In late May, I rode the Ride of the Damned in Ottawa with a group of friends. The route is tough but the format is simple: 4-6 person teams set out together of over 155 km of rolling gravel and paved roads. The teams are meant to work together to get to the finish together. Knowing what’s ahead, everybody stops at the checkpoints to eat and drink as much as possible before pushing on. Teams mingle and chat amongst each other. Some ogle other’s bikes. Some stretch their legs. Everybody encourages one another. At the end, the 200 or so riders gather for a meal, beer and a chat. That’s enough. There are no results, no prizes, and no finish line. Because everybody who was there knew why they were riding, the event lacked the pretense, fierce competition, and primping that often pollutes the racing scene.

Some riders in our group were suffering, while others were cruising, which is expected. Nobody complained the pace was too slow or fast and we stuck together, sometimes pushing one another, and sometimes waiting. We finished together, as a group, as we started. And, it wouldn’t have been right if we had finished other way. Over six and a half hours we saw countryside we hadn’t seen before, learned a bit more about each other (because on a bike people let down their guard and open more than they do over a meal or in a bar) and spent the day doing what we love.

On a bike we experience a spectrum of emotions. As children, the bike gives us freedom as we begin to discover the world that exists beyond our doorstep. As adolescents, or adults, we can easily become immersed in the numbers, especially in our current digital era. We begin pursuing something more, a new PB, a Strava ranking or another victory. But beneath those numbers, which ultimately will be forgotten, rests the childhood spirit and the essence of why we ride bikes, and why I still, despite hundreds of thousands of kilometers ridden, countless crashes, and many dark moments, still love riding my bike alone, or with a friend, on a new adventure. The bike remains a source of freedom and adventure.

We have been asked by many people about tire choice for gravel racing / riding. In The Ride of the Damned, all Mariposa team members road file tread or smooth tires. Michael and four of his teammates rode Continental Speedcross 700C x 35mm tires. Peter Morse rode on the Compass Stampede Pass 700C x 32mm Tires. Phil Gibson rode on Challenge Almanzo 700C x 33mm tires. They all rode at a tire pressure of roughly 40-50 PSI, depending upon body weight.

Five of the riders on the Mariposa team in the Ride of the Damned rode Mariposa Cyclocross bikes. Two are equipped with Shimano components while the other three are equipped with SRAM CX1. These passe-partout bikes can be used on any terrain and quite often: the riders will skip from the road, to trails to gravel in one ride. If you’re going to buy one bike and want to take it anywhere, this is the bike. 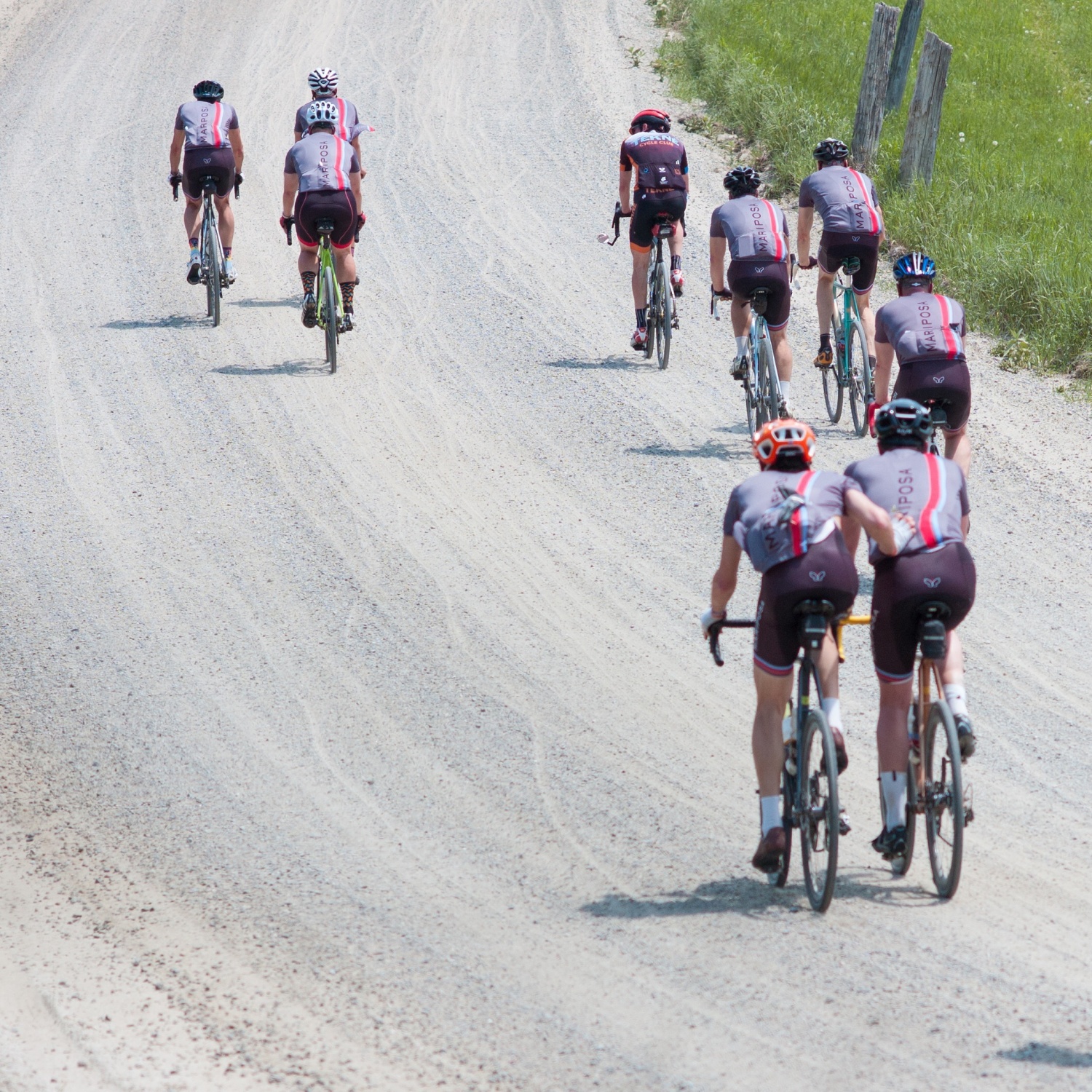