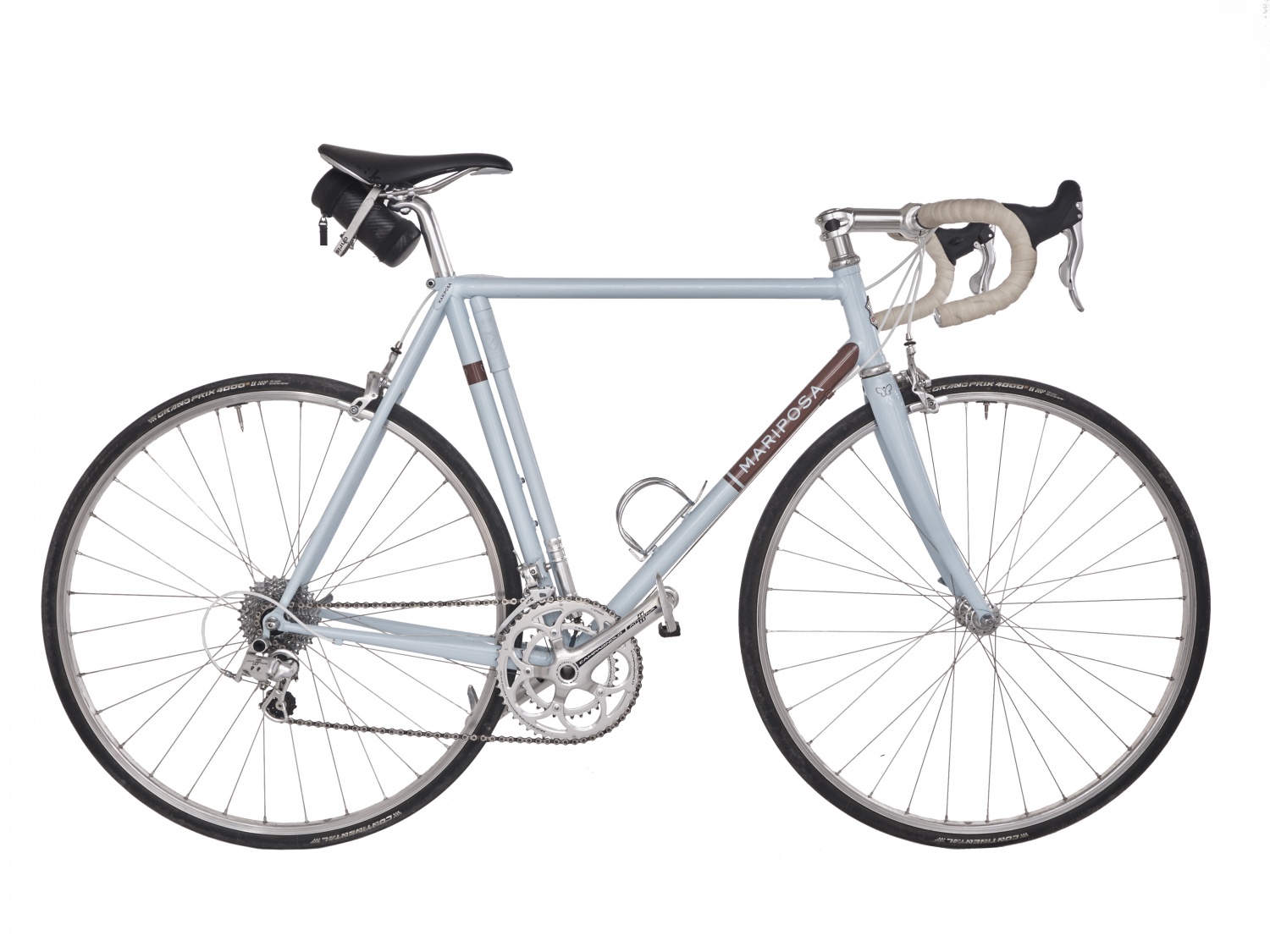 This is Mike Barry Sr.’s road bike. When he was a boy growing up in London, England, he had his eye on a blue and brown road bike. As he was only a teenager, he couldn’t afford it but promised himself that one day he’d paint one of his bikes powder blue and brown. Campagnolo Athena was chosen for the bike, as it is both functional and elegant–Mike has a slight distaste for black parts. The frame is built with a mixture of Columbus lightweight tubing and has a Ritchey Carbon fork. The wheels are classic and strong: Chris King R45 hubs, HplusSon rims, and  32 double butted DT Swiss Competition spokes. The bottle cage was made in the Mariposa workshop and the pump is a vintage Silca. 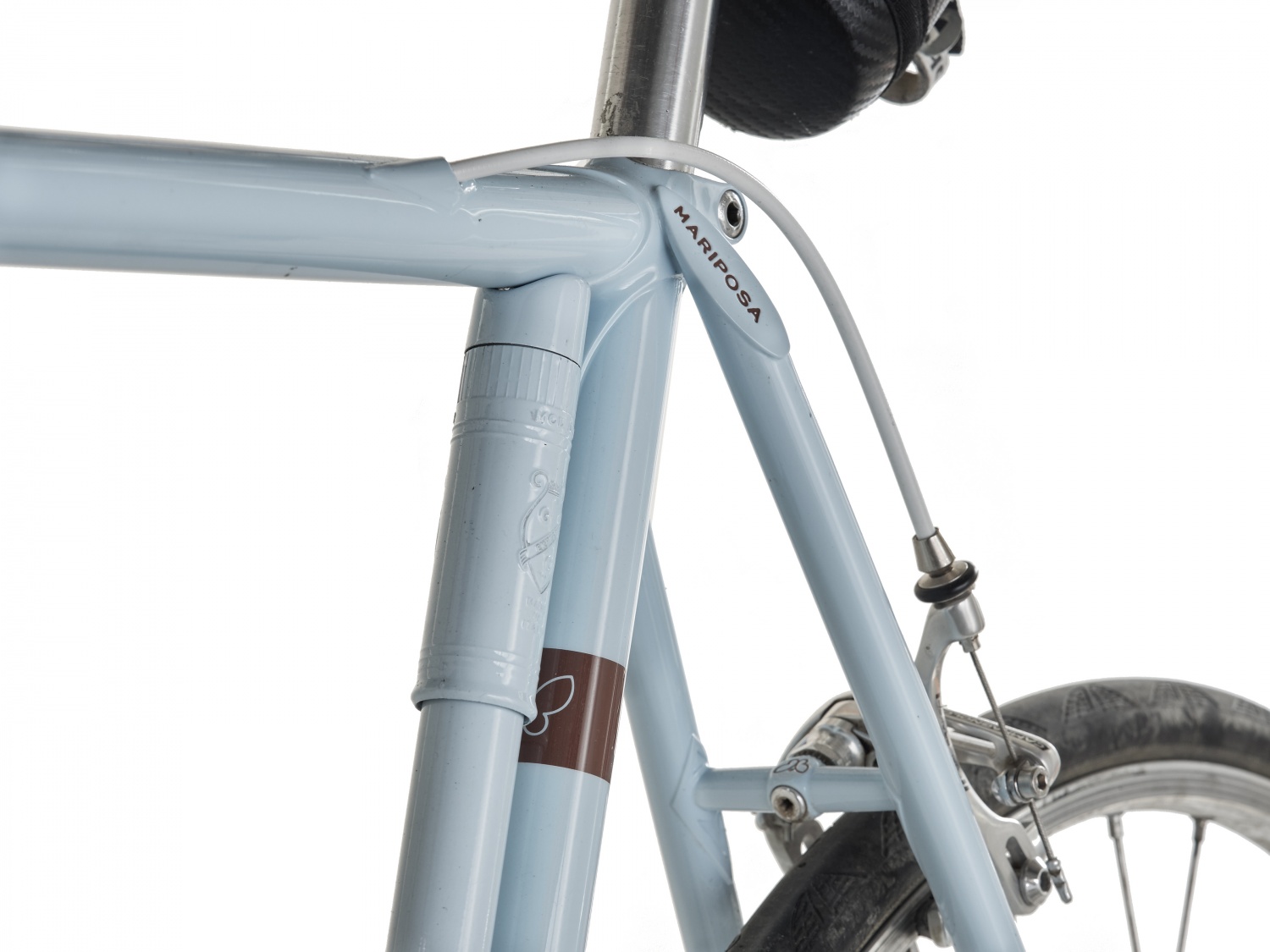 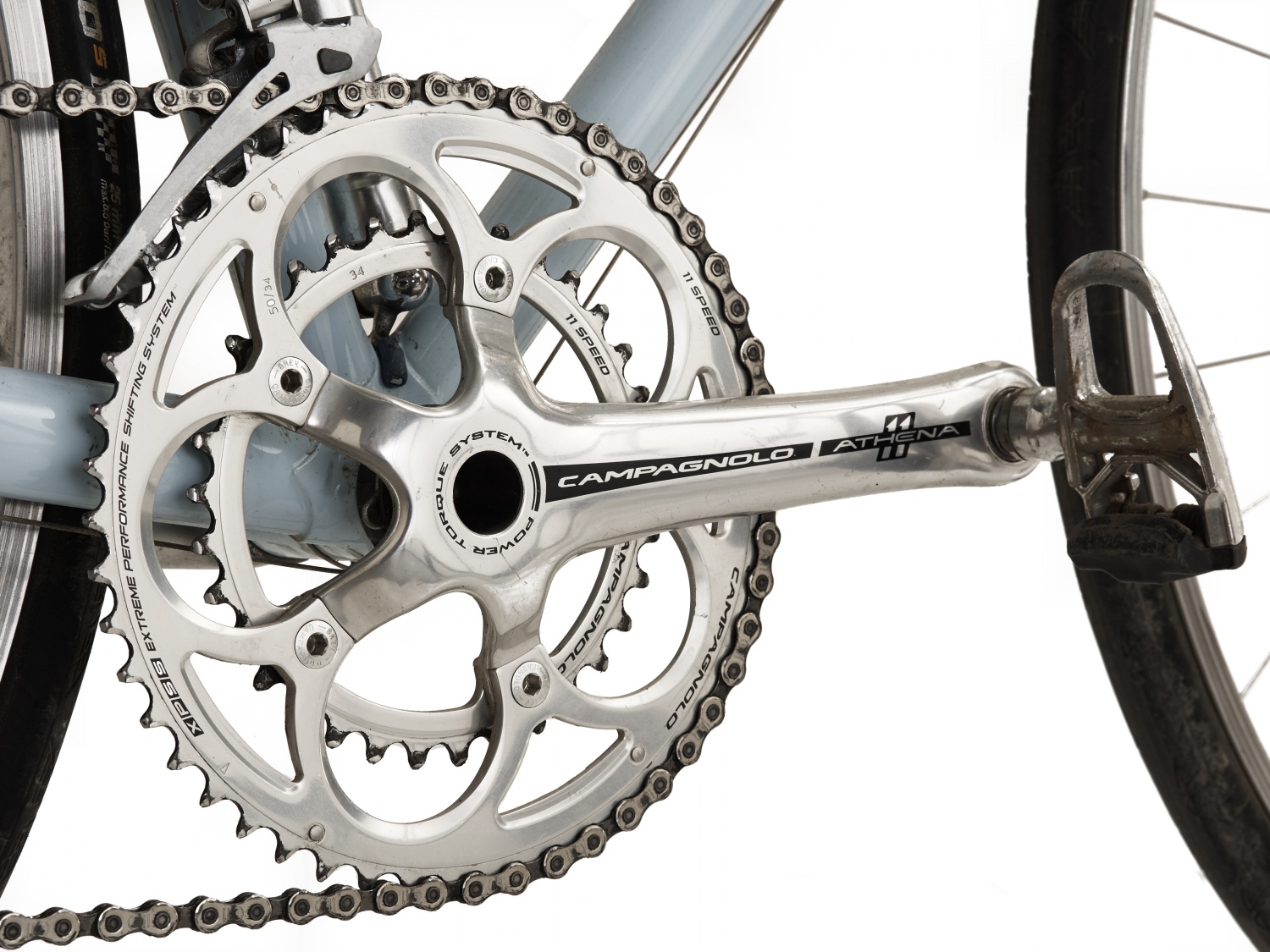 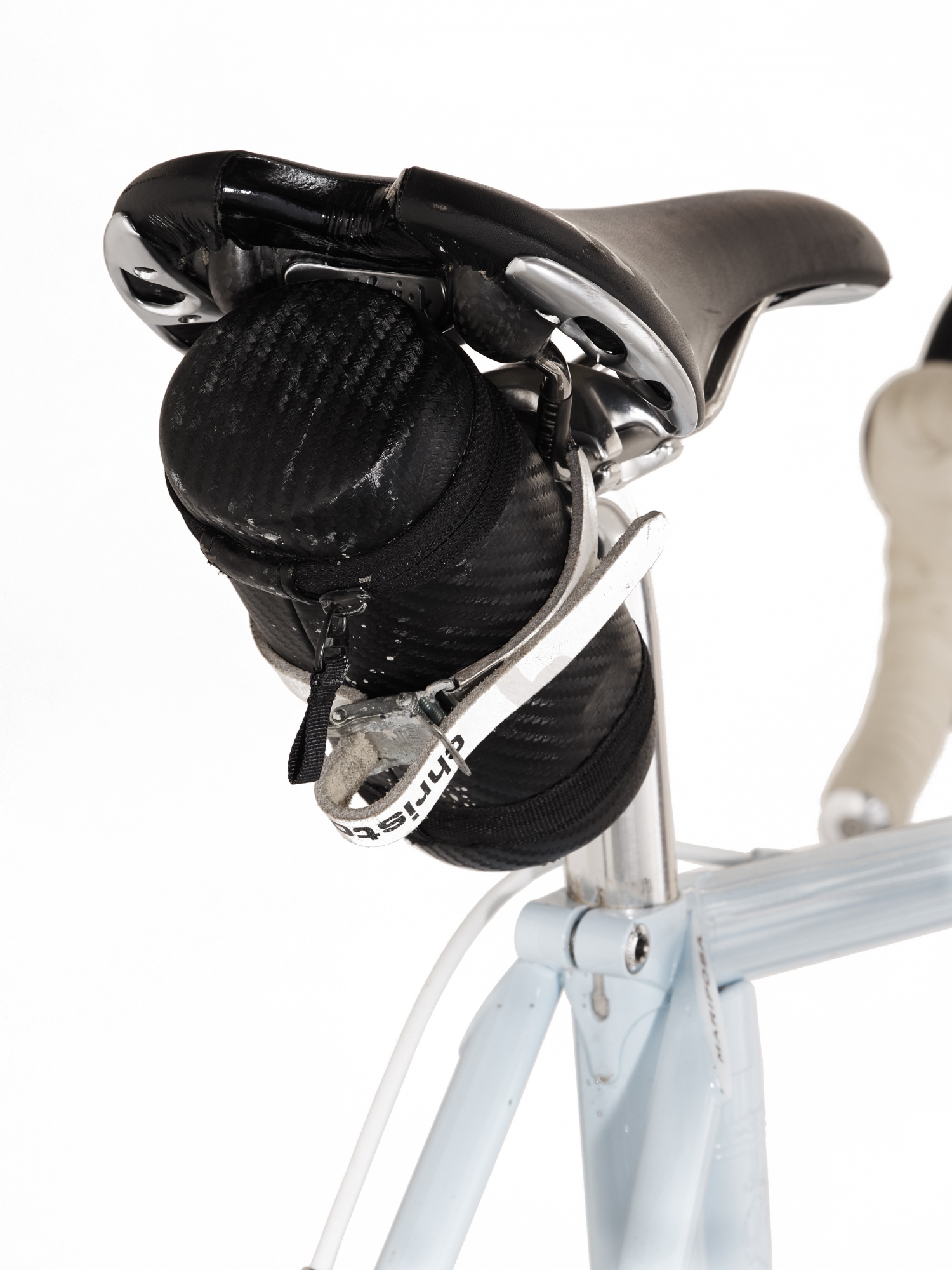 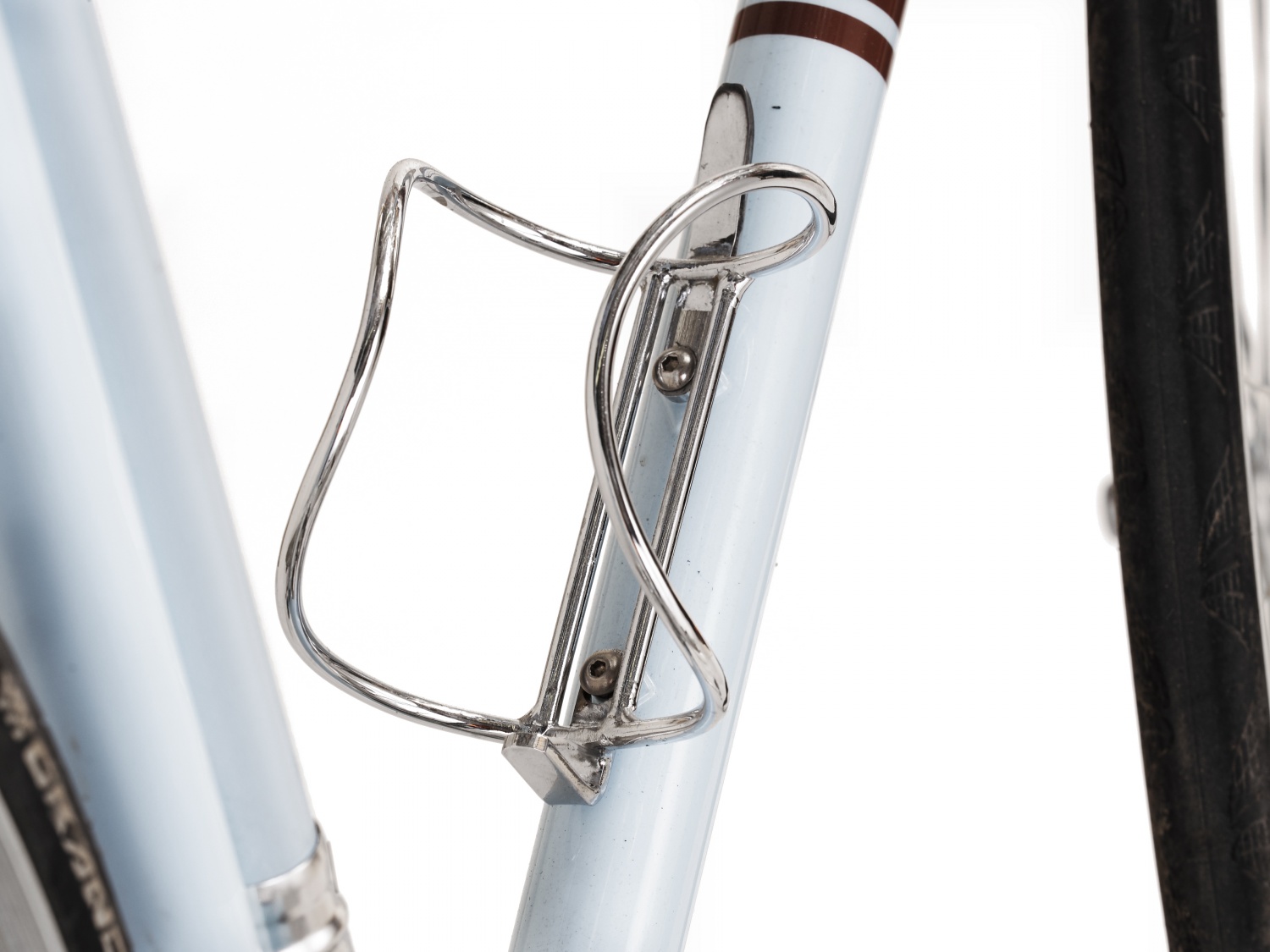 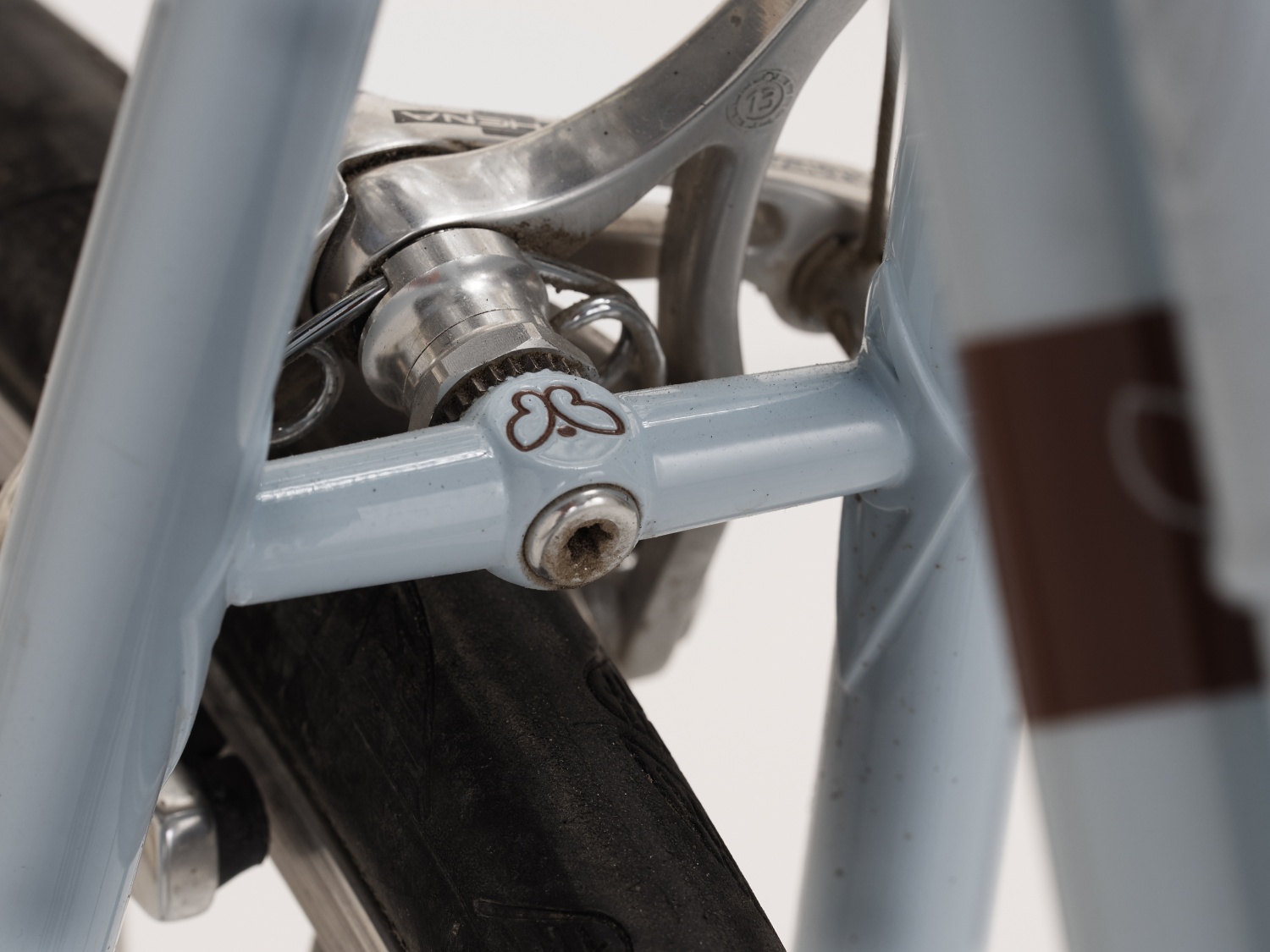 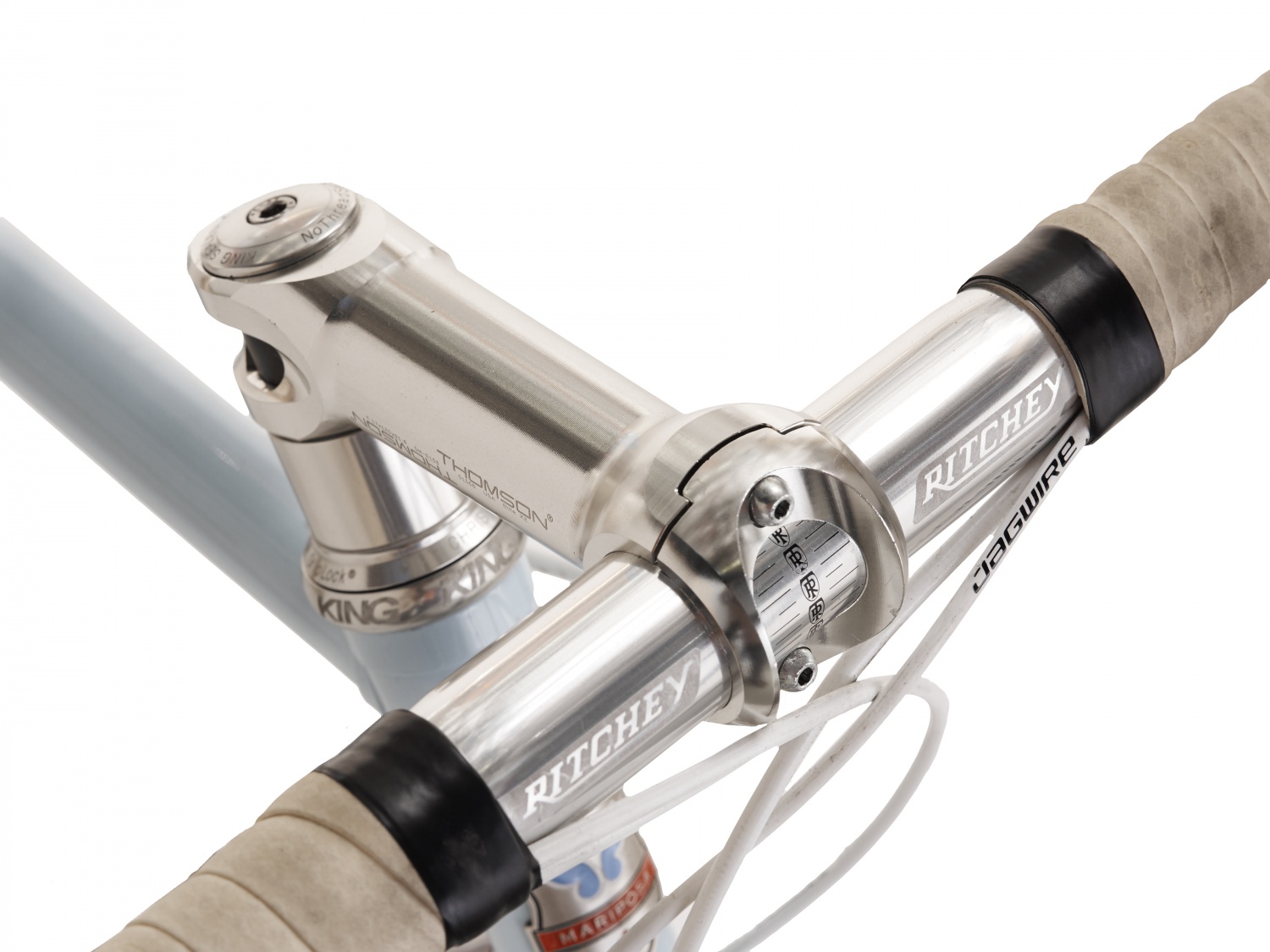 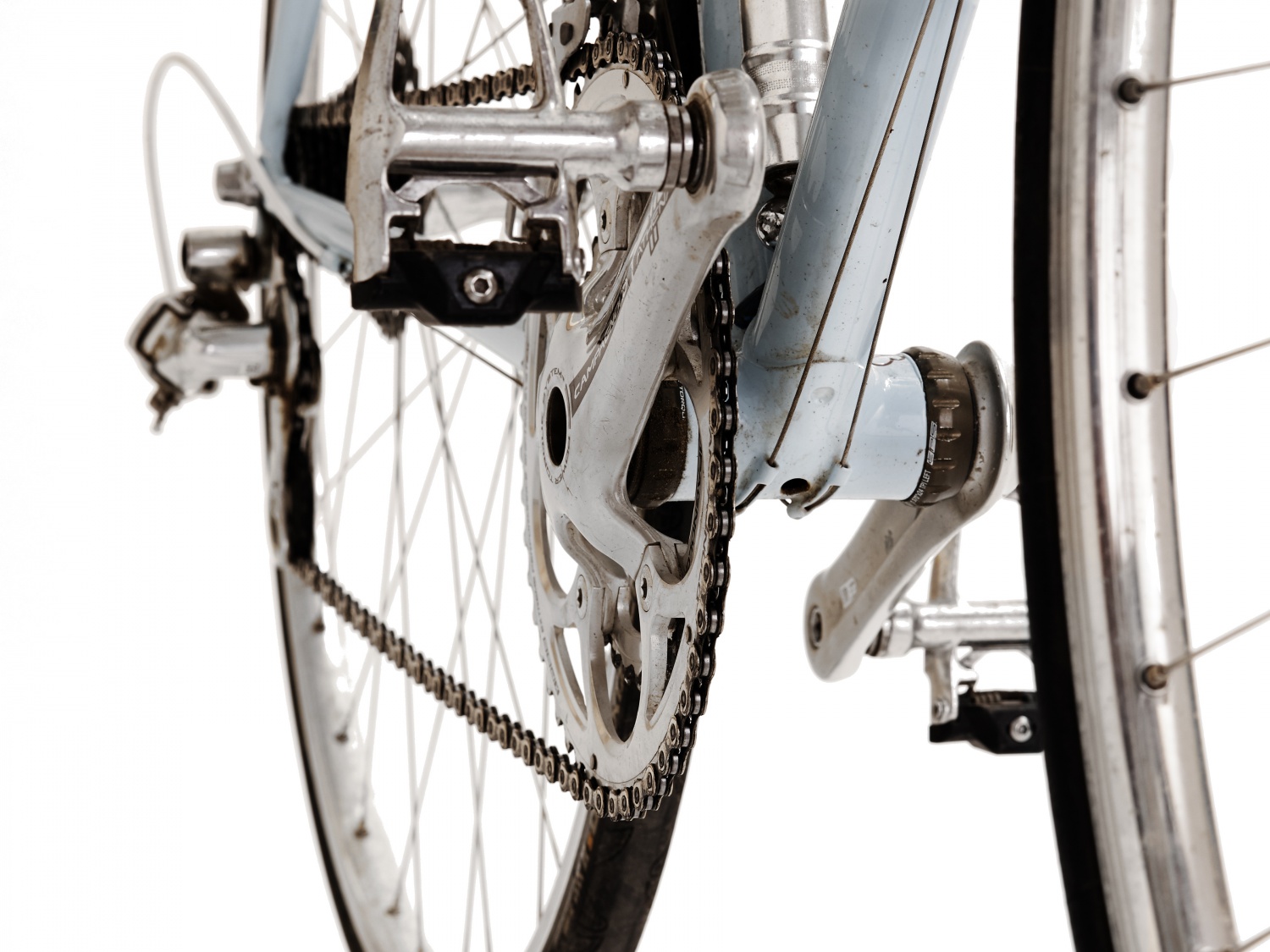 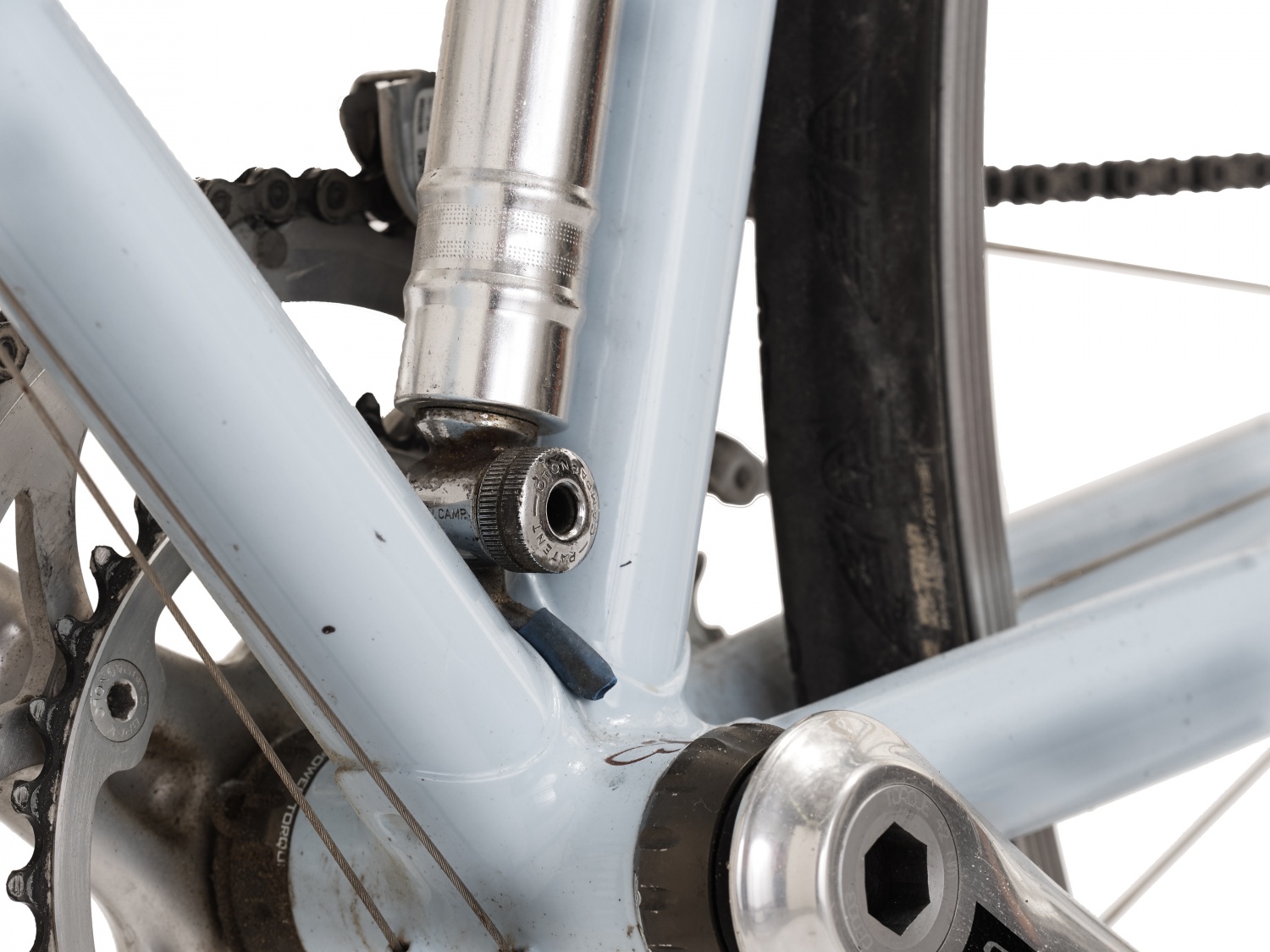 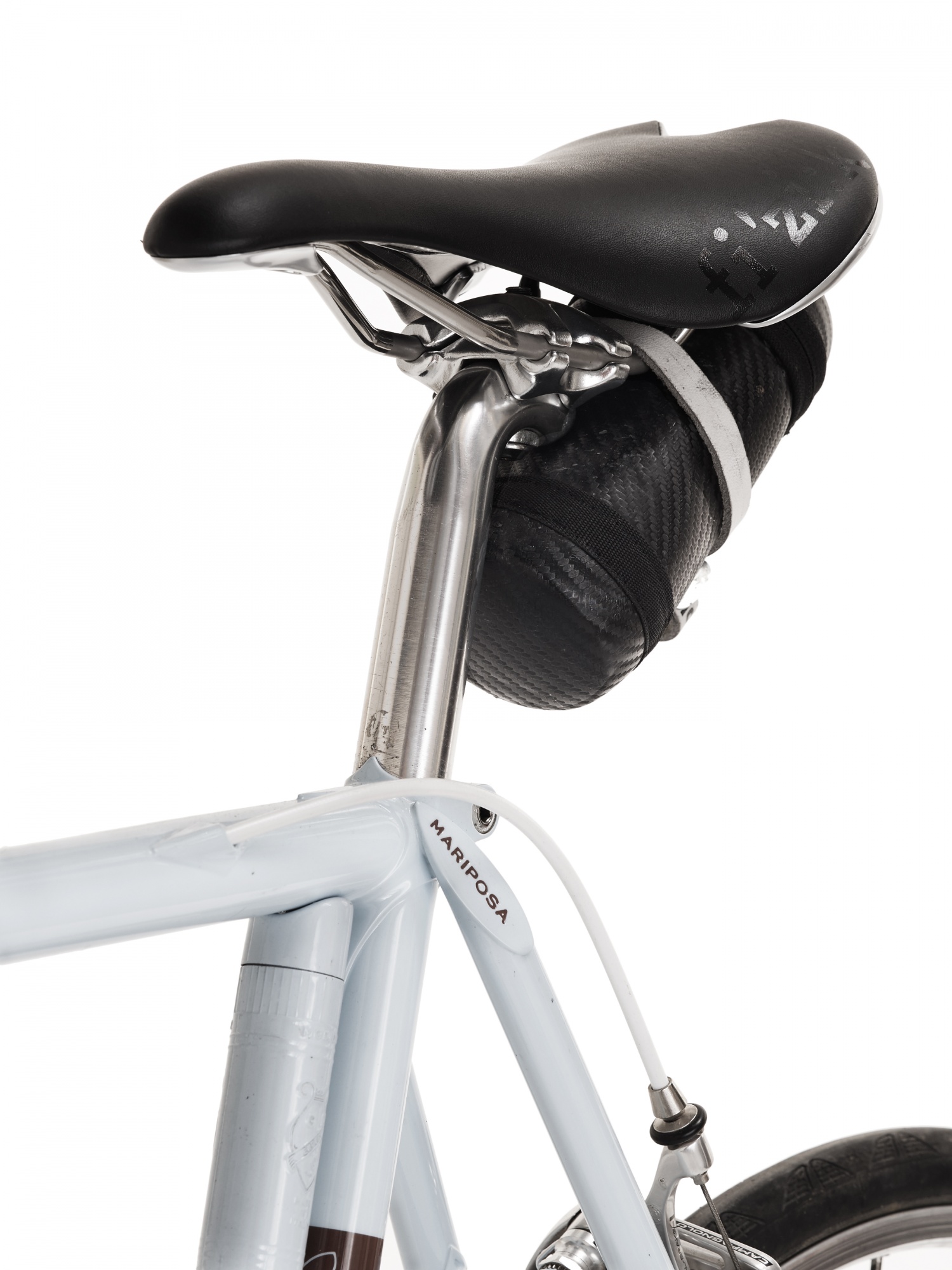