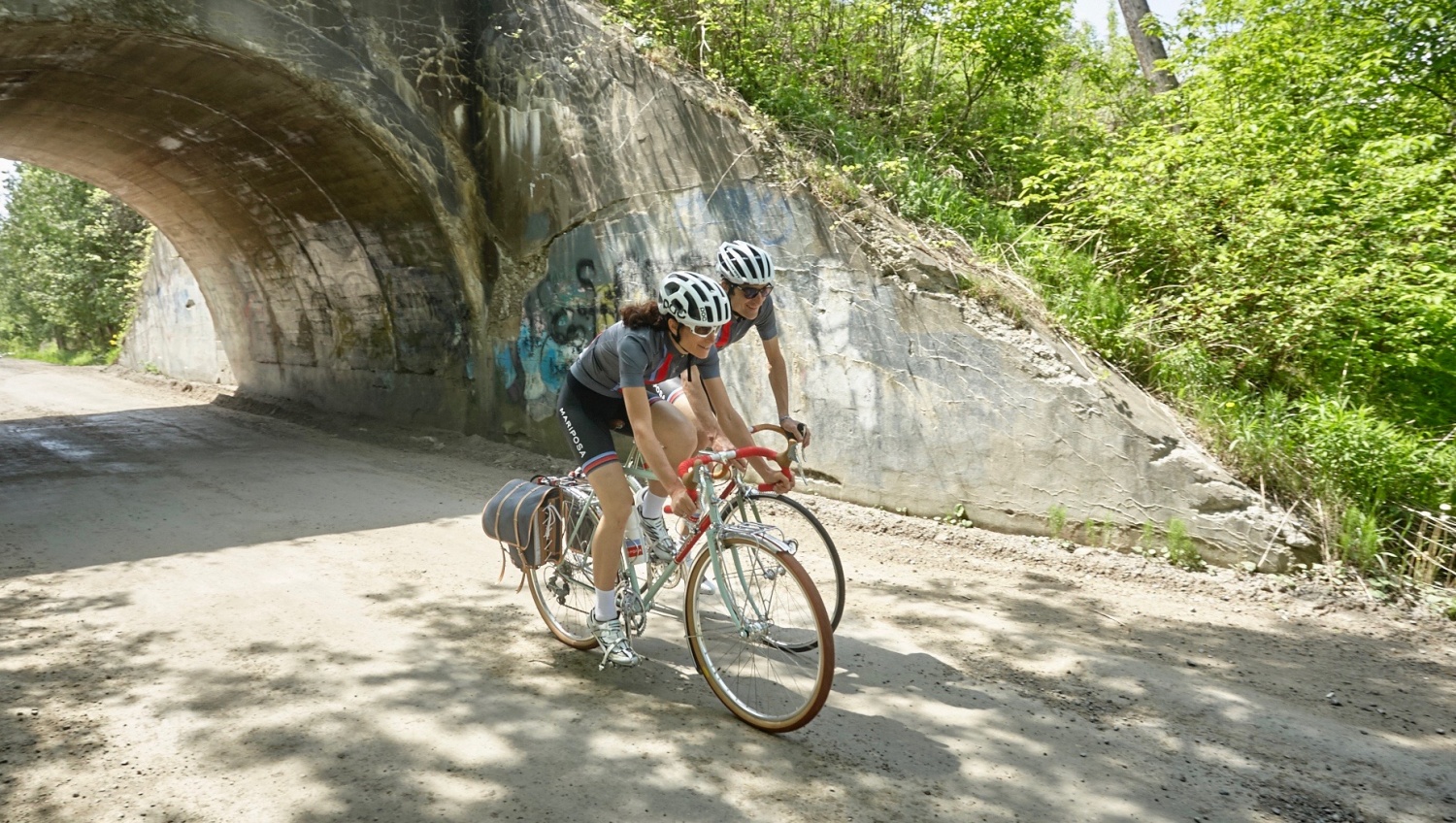 By Dede Barry
Photography by Walter Lai and Dede Barry

Over the past 30 years of riding and having raced professionally for 16, I have ridden hundreds of different bicycles. Unlike the majority of women, my body fits the most standard bicycle size in the sport of cycling, so I have rarely struggled to get a suitable fit on a stock bike, but my custom bikes fit me like a tailored dress. All of the angles and dimensions are set to help me best perform on different types of terrain.

In the late 1990s, there was a movement toward mass production of compact geometry frames. As this became the industry standard for stock sized bikes, most brands narrowed the production of frames to three to five standard sizes. For manufacturers, production cost shrank. Shops carry less stock risk today than they did in the 1980s. Customization became limited to stem size and angle, handlebar size and shape, saddle and seat post angle. This standardization served the average male well, but because everyone is unique, a ‘one-size’ (or even several sizes) fits all approach will never suffice for everyone. Those who do not fit into the spectrum of average sizing are left with fewer options.

As a result, average to small sized women and very tall men have been particularly poorly served by the cycling industry. This does not necessarily mean women will not fit “off-the-shelf” bikes, just that it may be trickier to get the geometry right. The recent “shrink it and pink it” approach that some brands have taken to women’s bike design does not usually work. It assumes women are miniature men and the result is biomechanically weak.

We all come in different shapes and sizes but women generally have shorter upper bodies than men, with a shorter torso and shorter arms. Conversely, women, on average, have longer femurs (thigh bones) and longer legs than men of the same height as well as wider hips. Women’s hands and feet are also generally smaller than men’s, while their shoulders are narrower.

Standard compact road frames are nearly always built with a top tube length suitable for an average man. It may, in some circumstances, actually fit a woman well but generally it’s not ideal. The top tube length of these frames means that women generally have to stretch to reach the handlebars. Most women are forced to compensate for the long top tube by placing a short stem on the bike, which affects the way the bike handles. In addition, cranks tend to be too long and handlebars too wide.

As bike manufacturers have begun to recognize the increasing demand for high performance women’s bikes they have started to build bikes with a geometry tailored to the female physique. A stock sized women’s frame tends to have a more pronounced sloping top tube as well as being shorter in length across the top which is intended to give women a more comfortable and less extended reach to the handlebars, but it often results in an inefficient positions, as the handlebars are too high in relation to the saddle position. 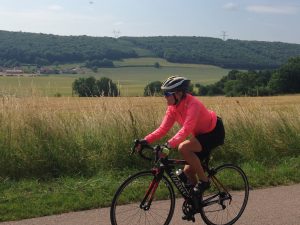 Shorter top tubes present challenges to the bike designer. On the smallest frames there is a risk of toe overlap (This is where your toe can hit the front wheel when you turn a bike at slow speeds), which no rider likes and is not safe. To compensate for this, manufacturers often steepen the seat tube to push the front wheel further away from the bottom bracket and create more clearance. At the Mariposa workshop, we build bicycles under 55cm with a steeper seat tube angle and shallower head tube angle to allow for proper toe clearance. For riders with a saddle height of 64 cm (inseam of 72), we often build their frames to fit 650 wheels. The smaller wheel size allows us to build a bike with optimal geometry and results better handling and a great fit. 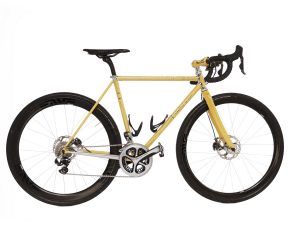 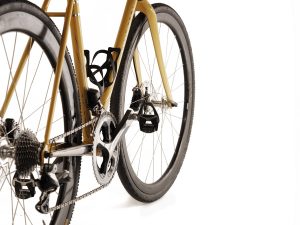 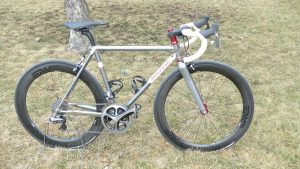 Women’s road bicycle recently built for a rider that is 5’3″ tall with 650C wheels and Shimano Dura-Ace 165mm cranks.

Other changes that can be made to create a better fit for a woman are: shorter cranks (manufacturers generally offer a range between 165mm – 175mm), narrower handlebars (380mm – 460mm) and shorter reach brake levers. A shorter handlebar stem (70mm – 130mm) can also aid reach on a standard or a women’s bike.

The most common bike fit issue for women, no matter their size, is saddle discomfort. Sometimes the problem is the saddle itself and sometimes the way it is set up, as the fit may force the rider to distribute their weight unevenly or in the wrong places. Wider hips mean wider sit bone, which requires a wider saddle. Saddles come in a wide range of widths, 130mm-175mm, as well as cushioned or stiff finishes and some even have holes cut in the middle to eliminate pressure points. Sit bone measurement helps to get a sense of the width that will work.

Saddle comfort can also be improved with the right distribution of pressure across the saddle and that can vary depending upon a rider’s position. In a more upright position, a women’s sit load is on the sit bones, which be can good, as there is not too much to bruise. However, as women roll forward into a more aero position, the pressure moves forward and can cause pinching and bruising. Being aero on the bike is important, so finding a saddle and positioning it in a way that allows you to roll forward with comfort is important. 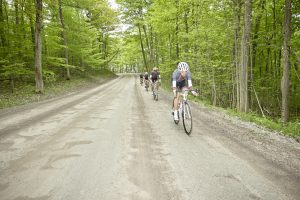 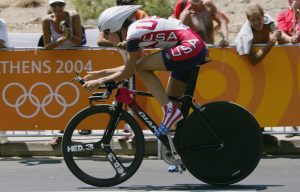 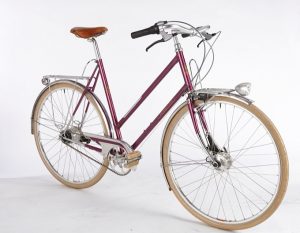 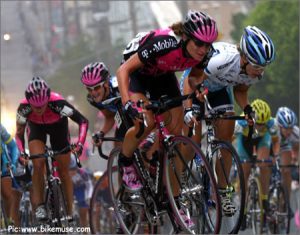 Women are less likely than men to tolerate pain and tend to seek help when needed, but a lack of knowledgeable friendly female help in bike shops can be discouraging. Understanding these fundamentals will help you to ask the right questions, lead you to the right equipment and make you riding experience more enjoyable.