THE LIFE OF A BIKE 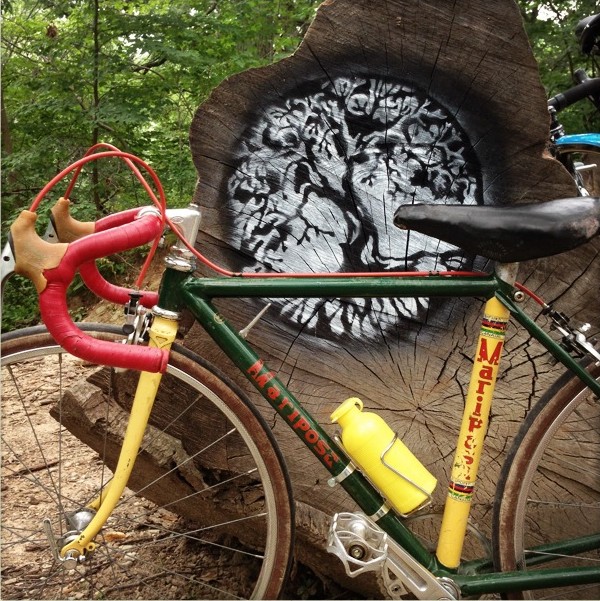 A good steel frame can be used repeatedly, for decades. It can be ridden, crashed, fixed and adapted. In the shop, old bikes come in constantly that need a tube replaced, a dent filled, a braze-on added or removed. An old steel bike can have ten lives and dozens of owners. As our children grow, they have been using the bikes my father built for me when I was their age. In the 30-year gap between our children and me, a dozen other children have ridden the bikes. The most recent bike to be reused was my old treader, or city bike, which we dusted off for our ten-year-old son, Liam. 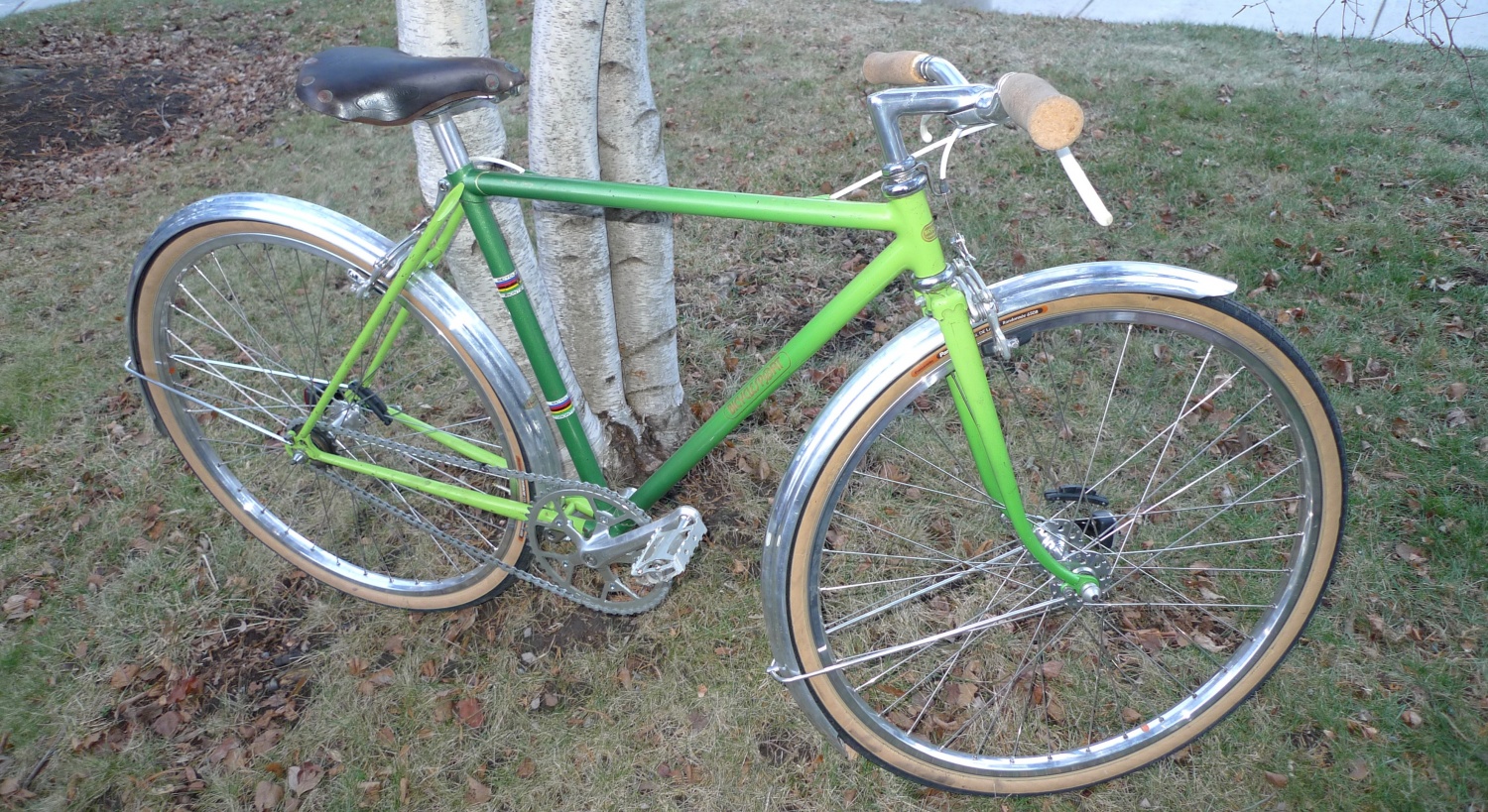 The treader was the first bike project my Dad and I shared. When my mother worked late, we spent the evening down at my Dad’s shop building bikes and fiddling with my Dad’s old Lambretta Scooters. The treader grew from a broken and bent Motobecane frame discarded by a customer after an accident. It was kept as, like all steel bikes, it could be fixed and reused. The Motobecane required a new front end—top, down and head tube. As I was still a boy, smaller 650B wheels were more appropriate than the original 27s so the frame was adapted to fit the wheels.

Up in the dusty frame shop, where every surface quickly became thick with grime and metal filings, I learned to cut tubes, then braze, file, and sand. I was taught how to gauge the moment when the tubes were just hot enough for the brass to flow into the joint. There was an aroma of burning flux, chemicals and grease. On the bench, among the tools and torches, sat our cups of tea, their handles dirty with fingerprints, and a couple of biscuits. 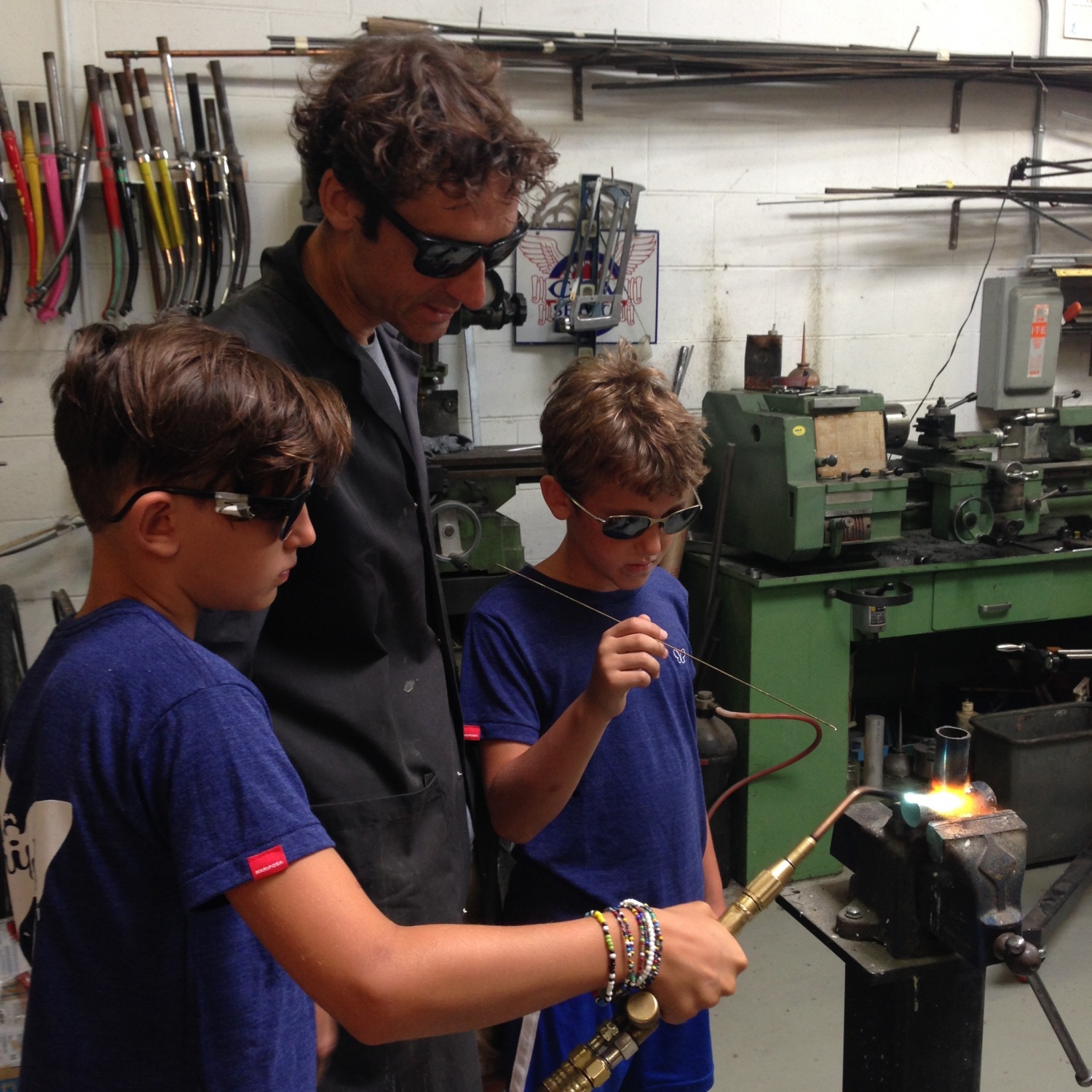 Michael embarking on a new project with his sons, Liam and Ashlin in the Mariposa workshop August 2015

Slowly, we watched the bike take shape. Once finished, the frame and fork went to the paint booth. From the book of a thousand paint chips, I chose an apple green. Tony Beek, the painter at the shop, did a brilliant job of fading in several other shades of green and lining the lugs. On the top tube he hand painted my name in gold. Perhaps, it was a little too good for an 11-year-old schoolboy.

Onto the treader went mudguards, Soubitez generator and lights, CLB brake levers and Mafac Racer centre-pull brakes. We laced up the 650 B touring wheels and father made them true. The Specialites TA chainset was fitted, and then we riveted on the chain. By early spring I was flying to school on the fixed wheel treader. 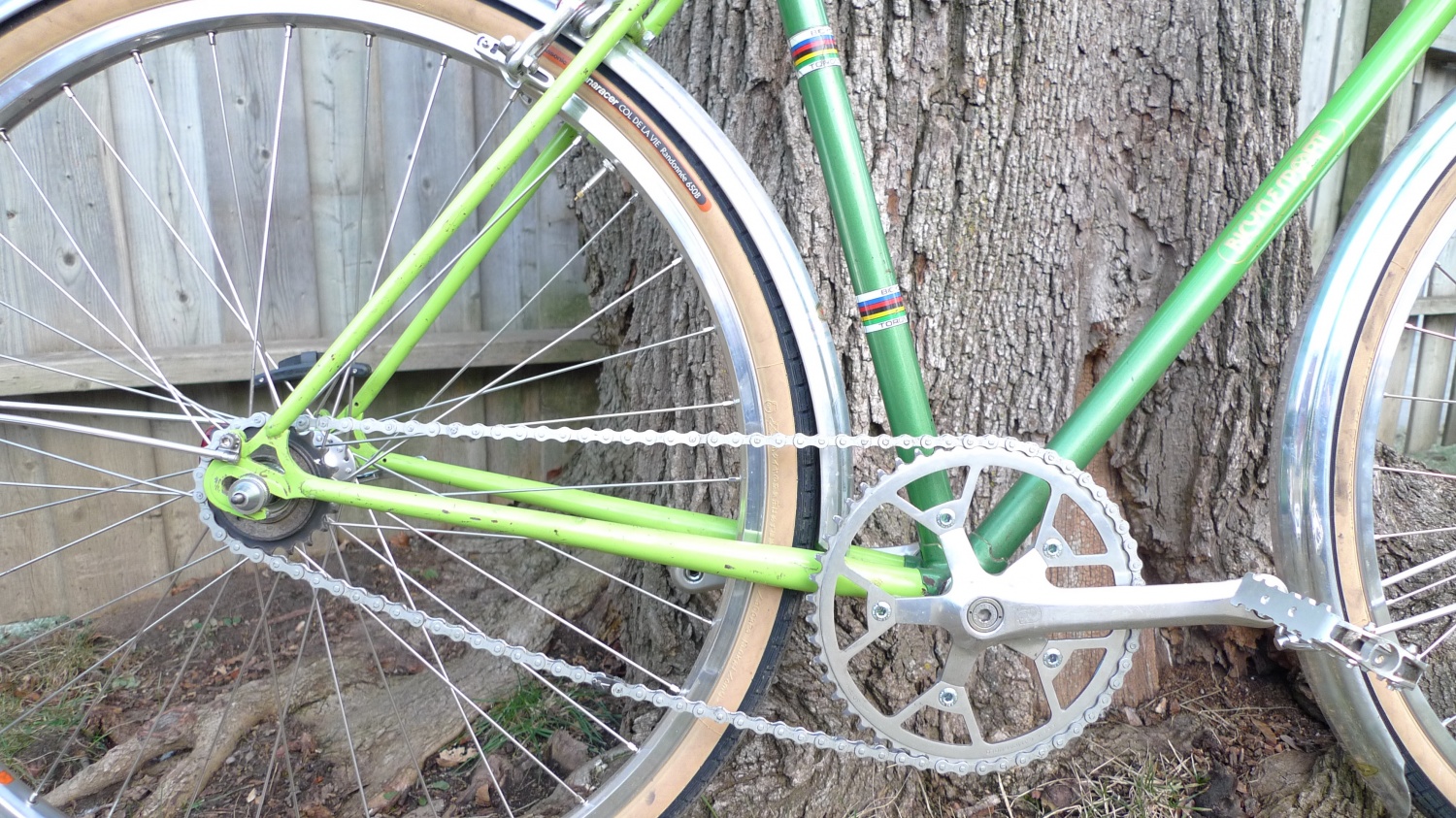 During the winter in Toronto, I was often the only boy riding to school daily, particularly when there was deep snow or icy, pouring rain. I rode a lot and everywhere. Wearing a uniform of flannel grey pants, shirt and tie, and jacket, I would tear off to school, racing along Davisville Avenue and arriving just in time for class. Over time, the pressure on the pedals wore deep grooves into the soles of my leather shoes. I knew every corner, every bump to jump, and every short cut up a one-way street or an alley. I sprinted out of green stoplights and raced to avoid getting caught at a red.

While riding, my pant legs were folded tightly against my ankle with rubber bands to avoid getting snagged by the chain. Inevitably, they occasionally did get caught, making a mess of the pants. If I were lucky, the teeth of the chainring would shred little bits of fabric and stop there. But if the chain grabbed a sizeable piece of pant they would tear, get wrapped up in the drive and force me to a stop. Once I ripped every seam up one leg and half way down the other. The bottom of the leg looked like a dog had gnawed at it before it was dipped in grease. The pant seat was also torn, the zipper blown out. Thankfully, I was wearing a belt, which held onto what was left of the pants. With my striped boxer shorts as the only thing truly covering me up and tatters of grey flannel blowing in the wind, I rode home as fast as I could with my nose to the stem in embarrassment.

Imagining she would be upset, I hid the pants from my Mom as soon as I was home. Obviously, she wasn’t. When she found them she laughed. The flannels and uniform are long gone but the frame was still hanging from the ceiling in the workshop. There were bits of rust where the paint has been scratched. Powell Peralta, Campagnolo Record and other stickers dating my youth cover different tubes. Like an old journal found in a pile of discarded books, the frame carries a few good stories and marks a period of a life. Cleaned up and rebuilt with a single free 650B wheels, Liam now rides it through the streets creating his own adventures and memories. 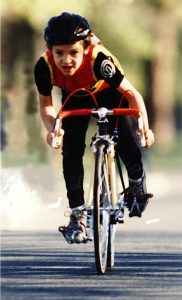 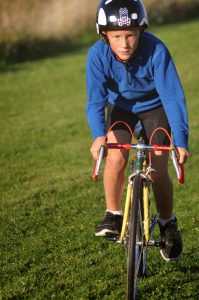 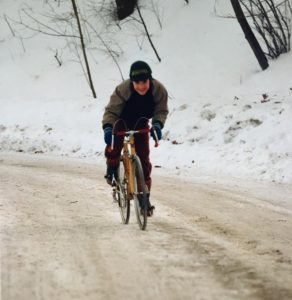 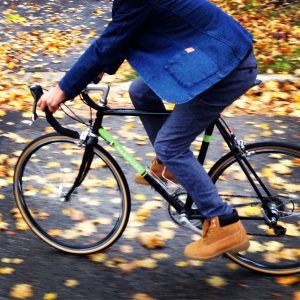 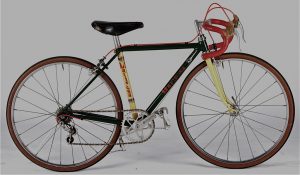 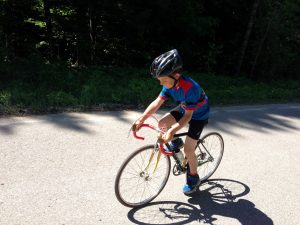 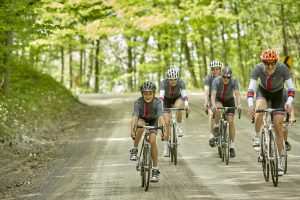