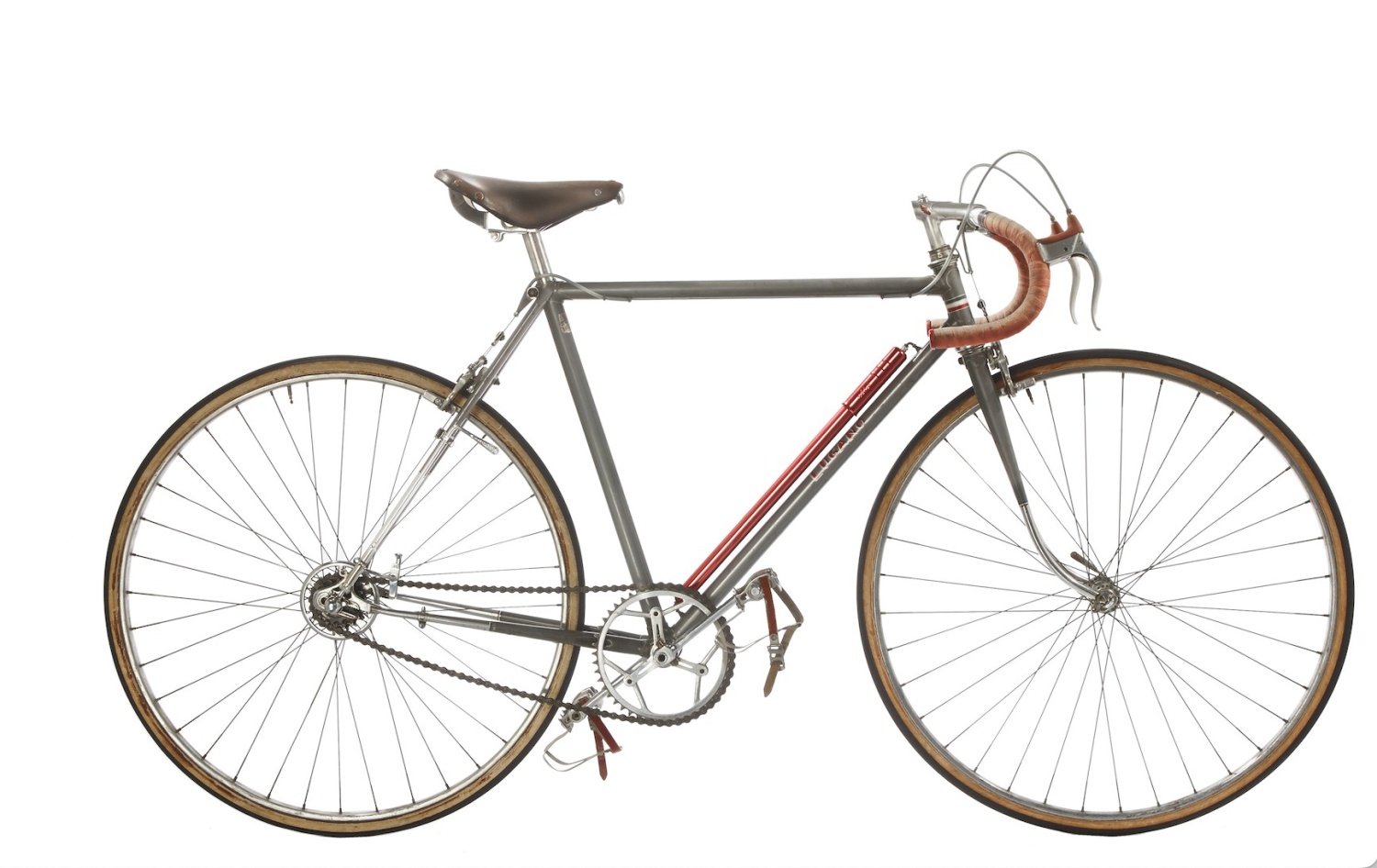 In the seventies, we had a good number of regular visitors to our shop on King Street in downtown Toronto. One of the regulars was a Frenchman, named Jean, who visited us every Saturday after making his weekly call at the St. Lawrence farmer’s market. I don’t remember him buying very much, but like many cycling enthusiasts, he liked to come in to be amongst the bikes and like-minded individuals.

Jean had grown up in Paris during the war years and during that time had contracted Poliomyelitis.  The Polio caused some paralysis to his legs but cycling helped to minimize his disability.  In 1950, he had this bicycle made for him.  A craftsman in Paris built the frame.  I have no idea why the builder called his bikes “Lugano”. Perhaps he originally came from the Swiss Alpine town of that name on the Italian border.

Why was the bike fitted with a Campagnolo Paris-Roubaix derailleur? Jean said that the extra exercise required to twist around to change the gear was good for his disability.

Eventually the “twisting around” became just a bit too difficult and I was asked if I would take the Lugano in as a trade on a bike with a fixed wheel.  This, I agreed to and Jean was very happy to pedal around Toronto on a track bike fitted with a front brake.

The Lugano is a very nicely made frame and all the components would have been ‘top of the line’ in 1950. Of particular interest I the steel Duprat crankset that has very slender, octagonal arms.

This story about the provenance of the bicycle is from the archives of Mike Barry Sr.   Read more on Mike Barry Sr.’s vintage bicycle collection in his book, A Life With Bicycles.

Read more on the history of the Campagnolo Paris-Roubaix derailleur >>