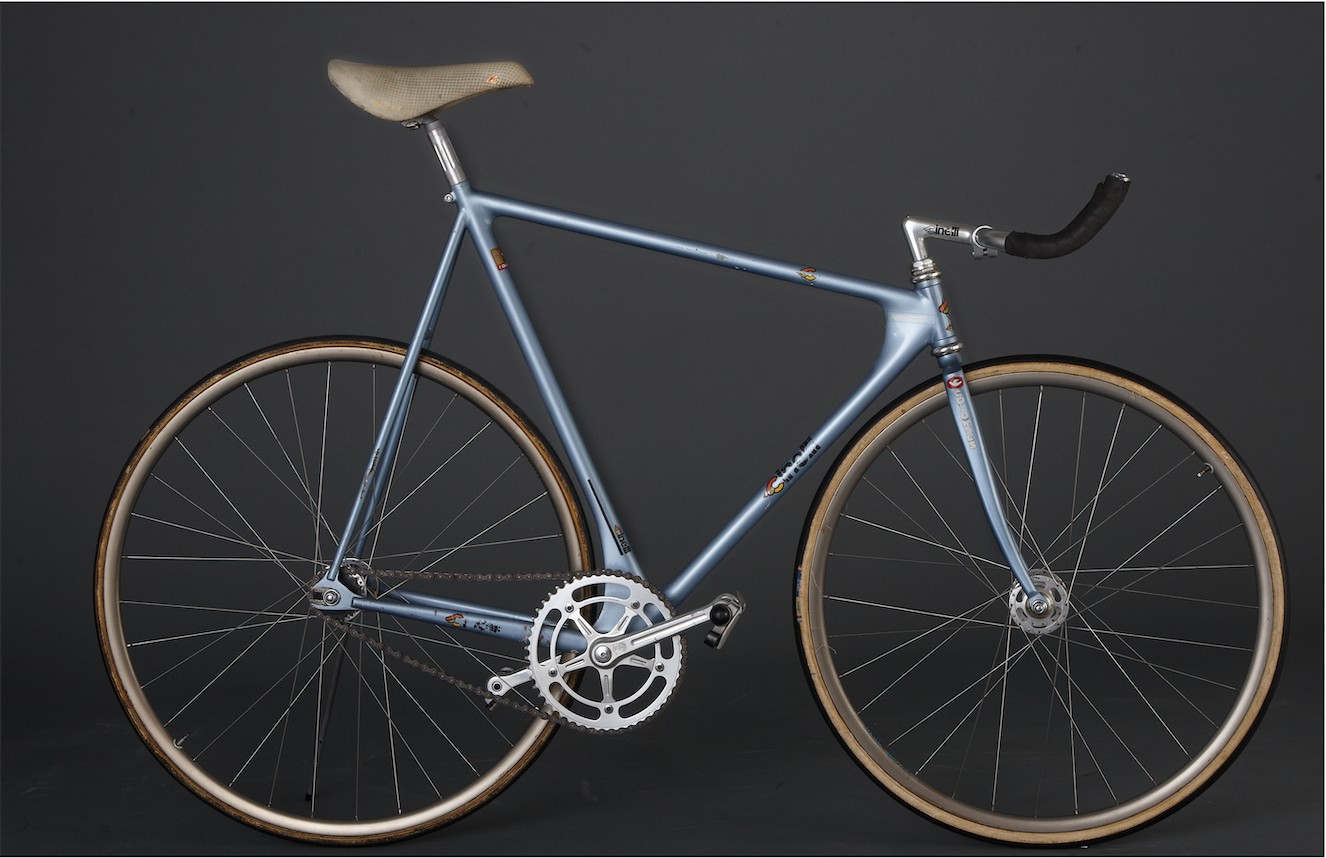 A short time after Antonio Colombo took over the management of the Columbus bicycle company, he introduced the Cinelli Laser, the design of which is revolutionary.  Although the changes were minimal, the definite aerodynamic advantage of the bike and riders profile was greater than any frame change made before.  Many World, National and Olympic titles were soon being won using Cinelli Lasers.

The frame is file brazed and has large fillets behind the joints to improve airflow.

The choice of a smaller front wheel also improves aerodynamics.  A young rider living in Columbia originally purchased  this bike direct from the Cinelli factory.  He immigrated to Canada and was soon competing on his Laser at the Montreal Olympic Velodrome.  Disasterously, his young life was cut short by cancer.  I bought this bike from his girlfriend.

– Mike Barry. An excerpt from A Life With Bicycles 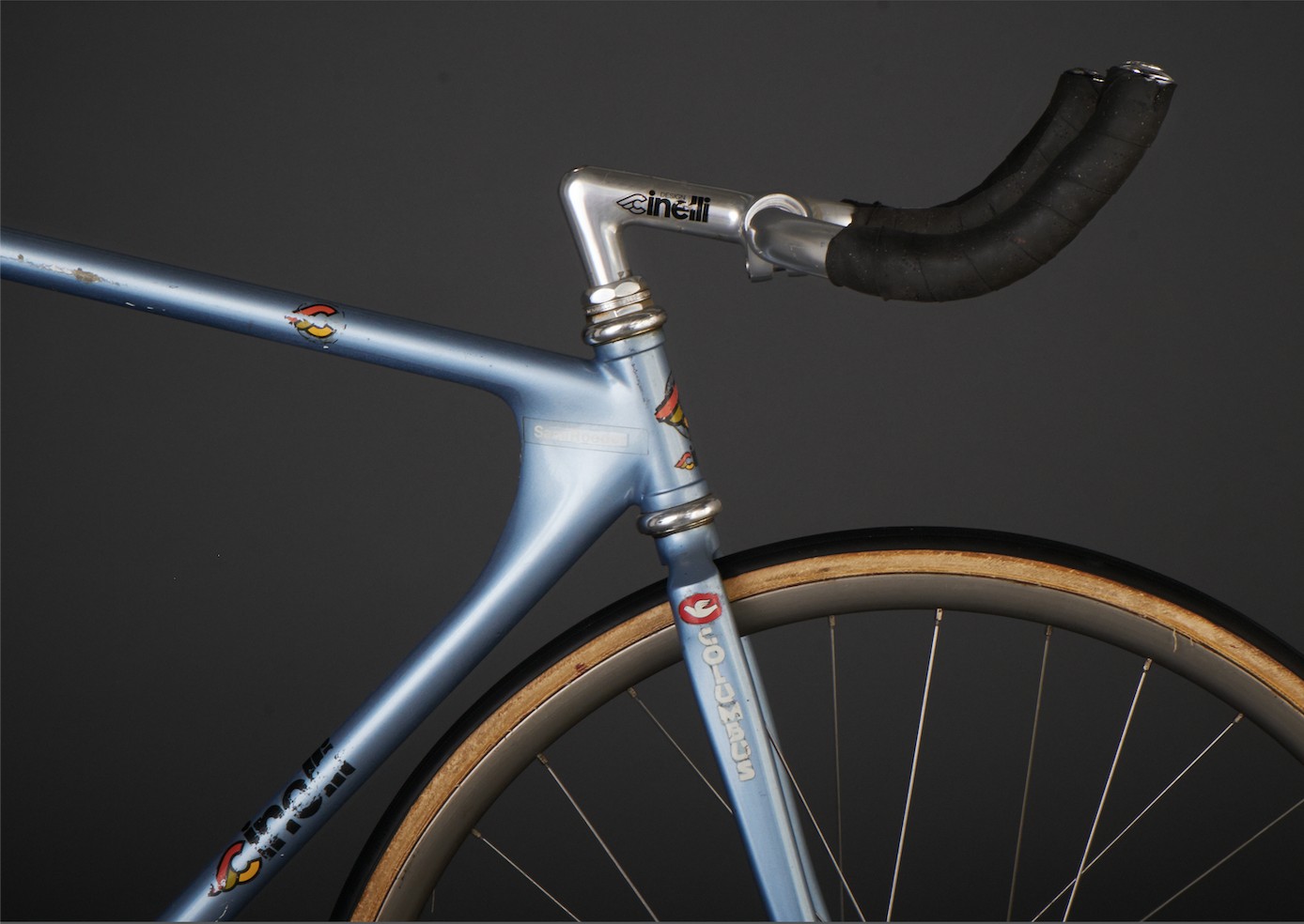 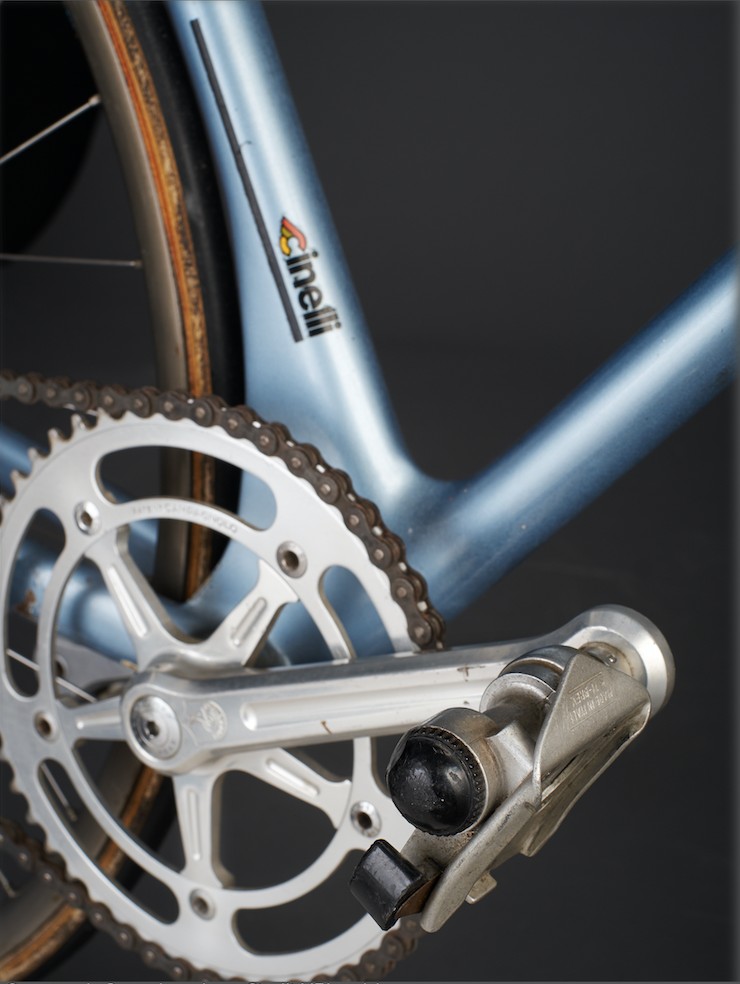 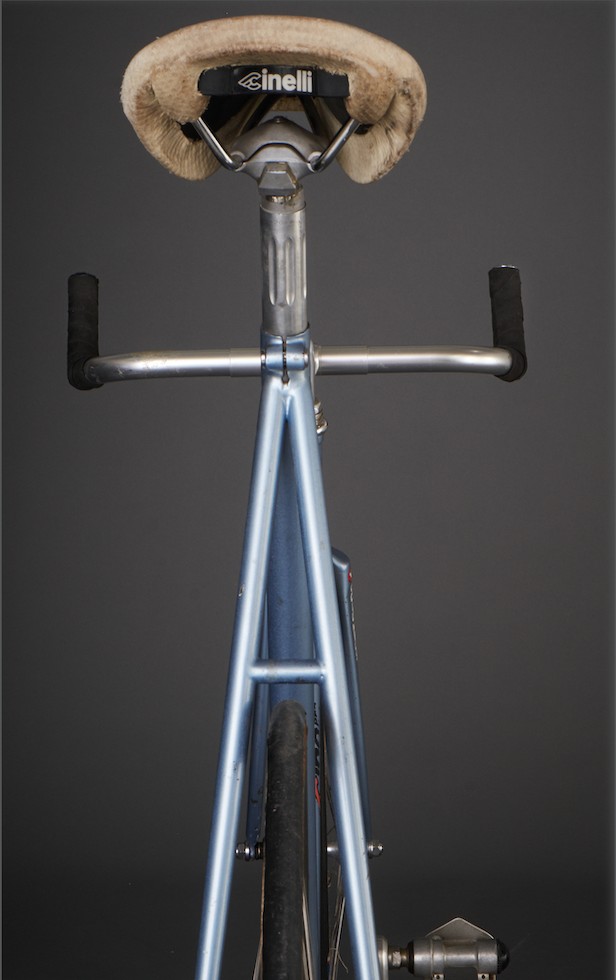 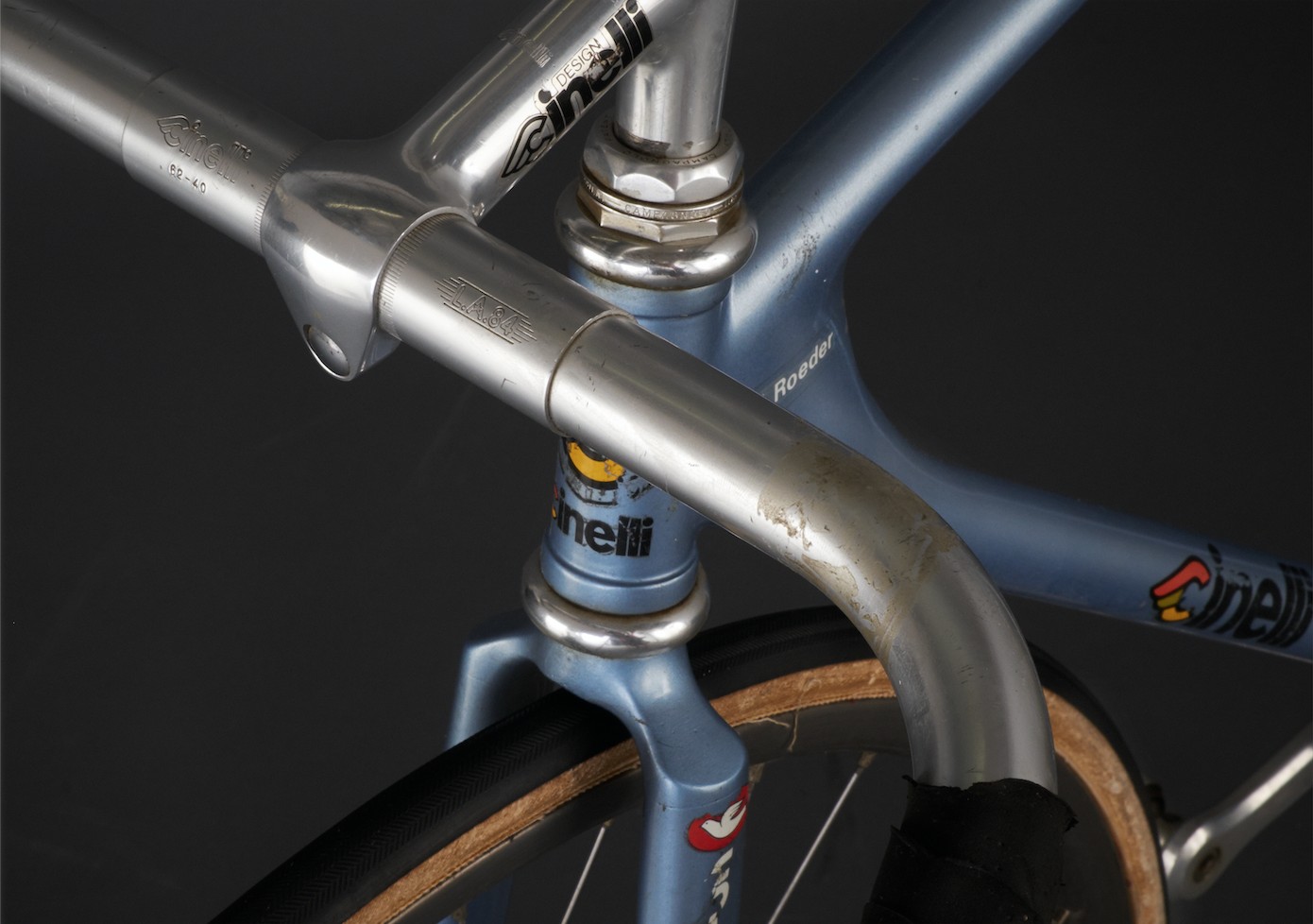 In 2016, a local track racer, who was inspired by the Cinelli Laser design, asked us to build him a Mariposa track bicycle which he planned to use for points racing. 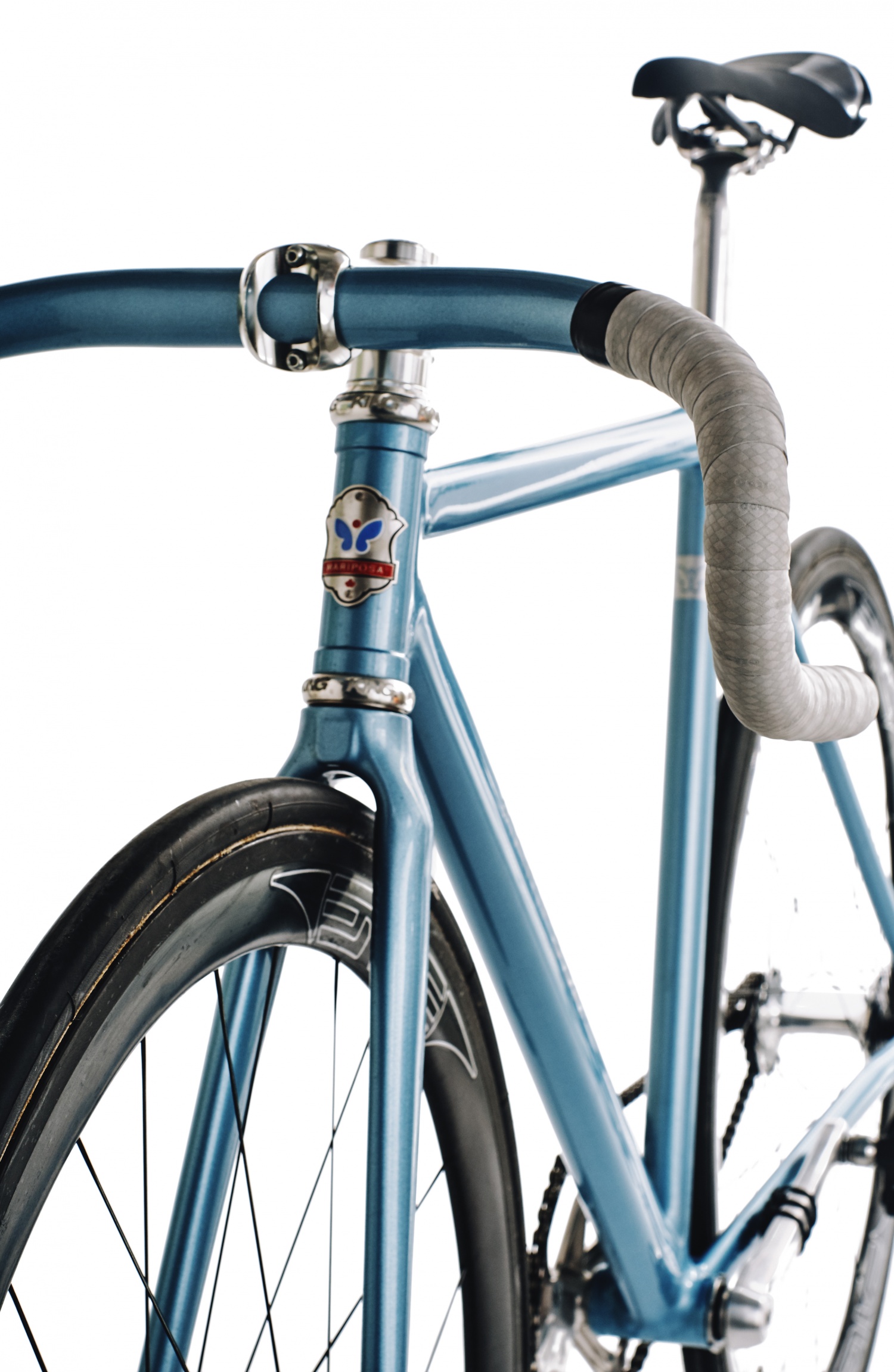 In the Mariposa workshop, we fillet braze our custom mountain bicycles as well. 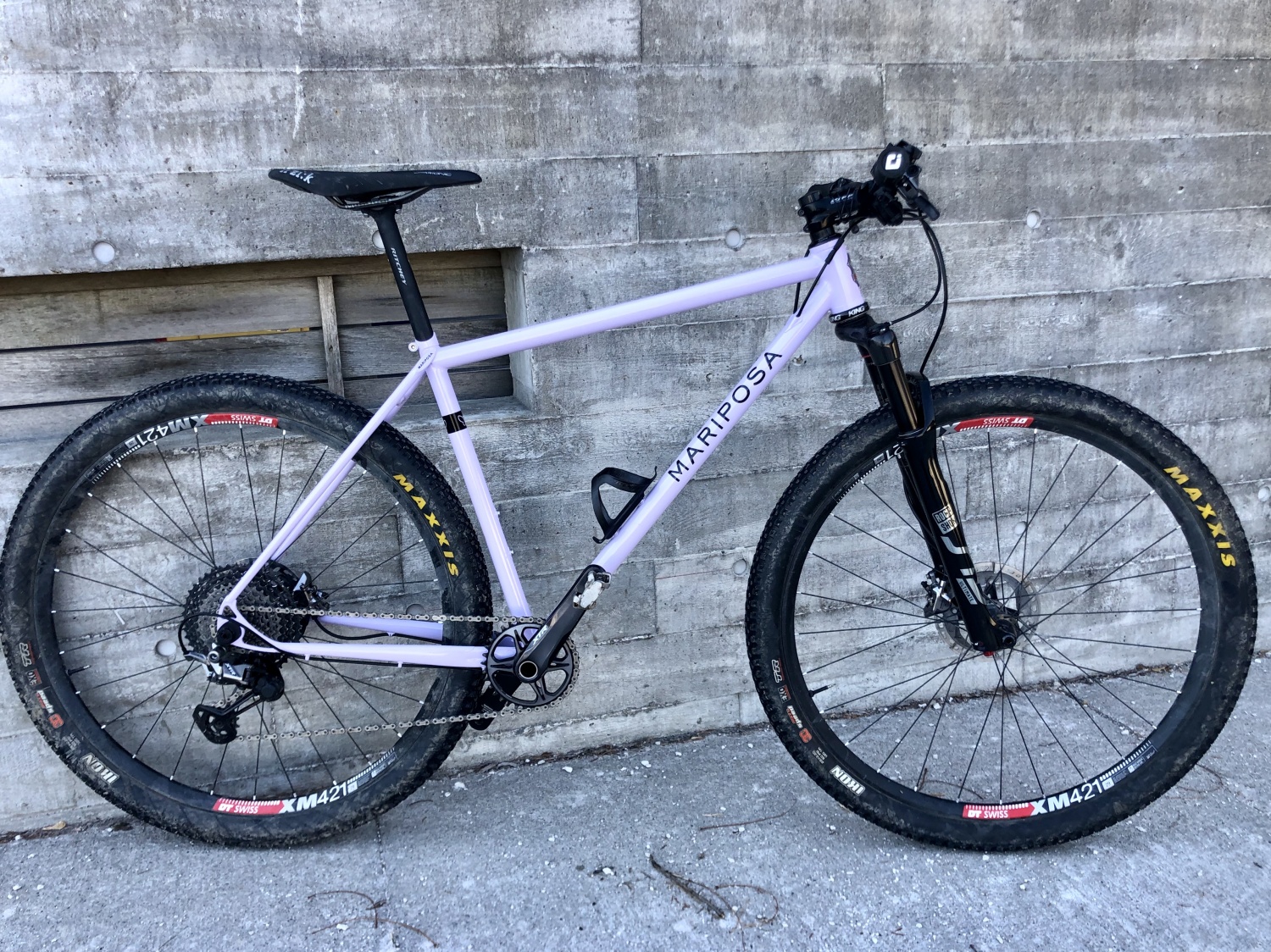 And, occasionally, we fillet braze our custom all-road bicycles and city bicycles. This was a bicycle that Michael Jr. filet brazed for his father, Mike in 2017. 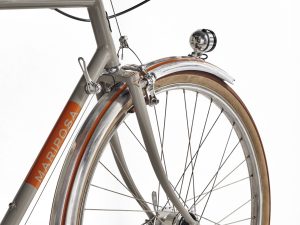 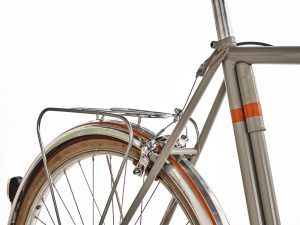