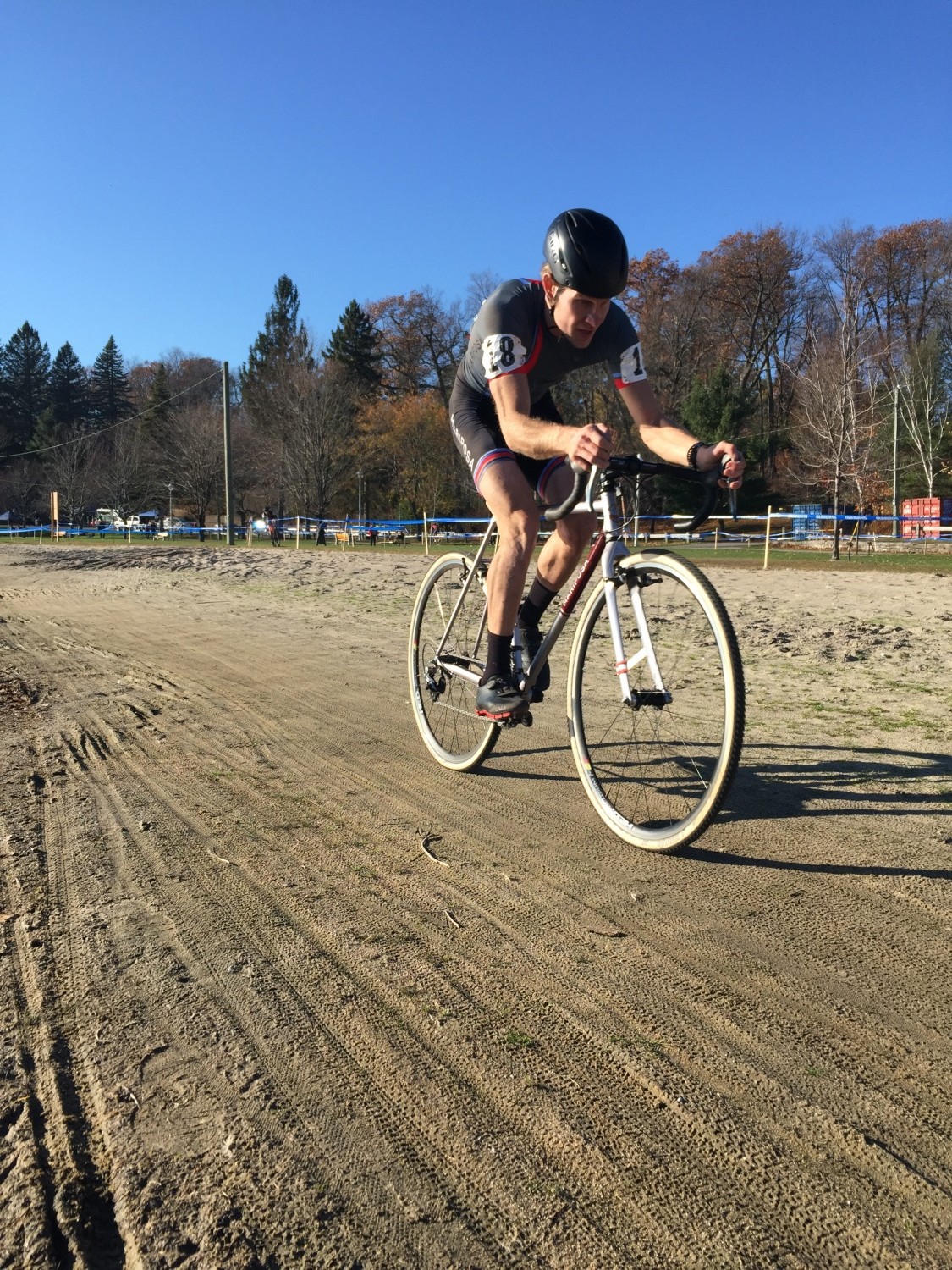 Although Sjaan Gerth is relatively new to competitive cycling, he rides like a well-seasoned cyclist.

We met Sjaan in January, 2016 when he visited the Mariposa workshop. He was interested in having a new cyclocross bicycle built. We’d been told he had a bad crash in the Spring, and, after several months of being sidelined by injuries, he was almost ready to begin to ride a bicycle again.

When he walked in the door, I immediately made the connection to an article I had read about the crash in the Toronto Star in April 2015. He’d been hit by a distracted driver North of Toronto. I later read a follow up interview on his recovery.

Hearing the story, I was shocked and saddened by the severity of his injuries. Sjaan is married with two young children. It was a tough few months of recovery for all of his family. From the extent of his injuries, it initially sounded as if walking might be a challenge.

Sjaan’s crash was a hit and run. Sjaan, a medical doctor, was fortunate that his body was discovered by another doctor that morning on the side of the road. The doctor saved his life. But, Sjaan’s injuries were severe and his body required piecing back together. Sjaan’s humble, matter of fact, and optimistic character shone through as he described the incident. Given the horrendous nature of the crash, and the trauma, his positivity was remarkable which, of course, is one reason he recovered so quickly.

With his wirey build, he still looked fit and lean when he came in the shop, even though he had been in bed, or a wheelchair or walking with crutches for nearly nine months. From his build, and his demeanor, it was clear he is a gifted athlete. He attended Ohio State University, a Big Ten school, on an NCAA scholarship (specializing in the steeplechase) and at the time of his injury he was a National Triathlon Team carded athlete. 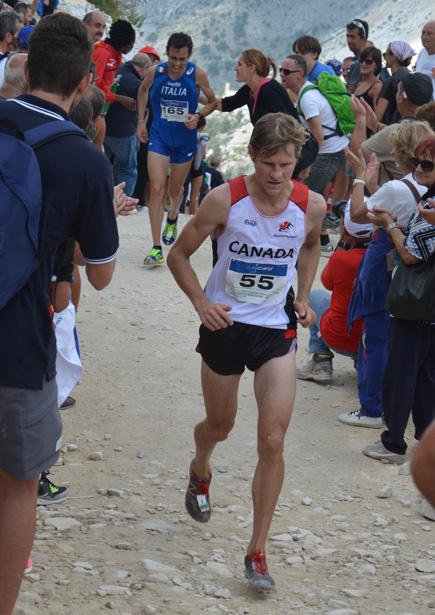 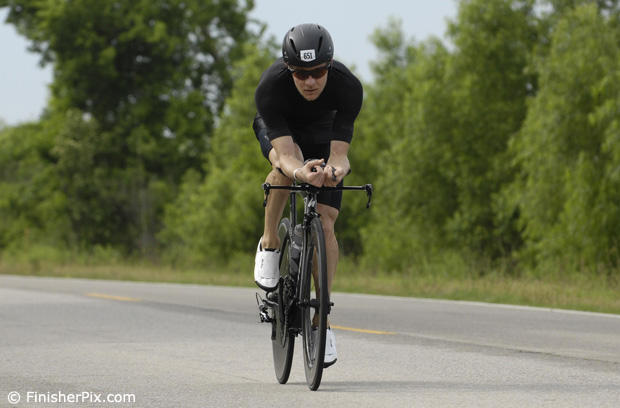 Listening to him tell the story of the crash, and then quickly shift focus to the future, to his new bike, and to the rides he had planned, there was little question he would again reach a top competitive level in whatever sport he pursued.

We built him a cyclocross bike, he went on a few gravel and cyclocross adventures and entered his first Cyclocross race in the Fall of 2016. In his first race he won easily, was upgraded to a more competitive category, and was then neck and neck with the top elite riders in the province for the rest of the season. 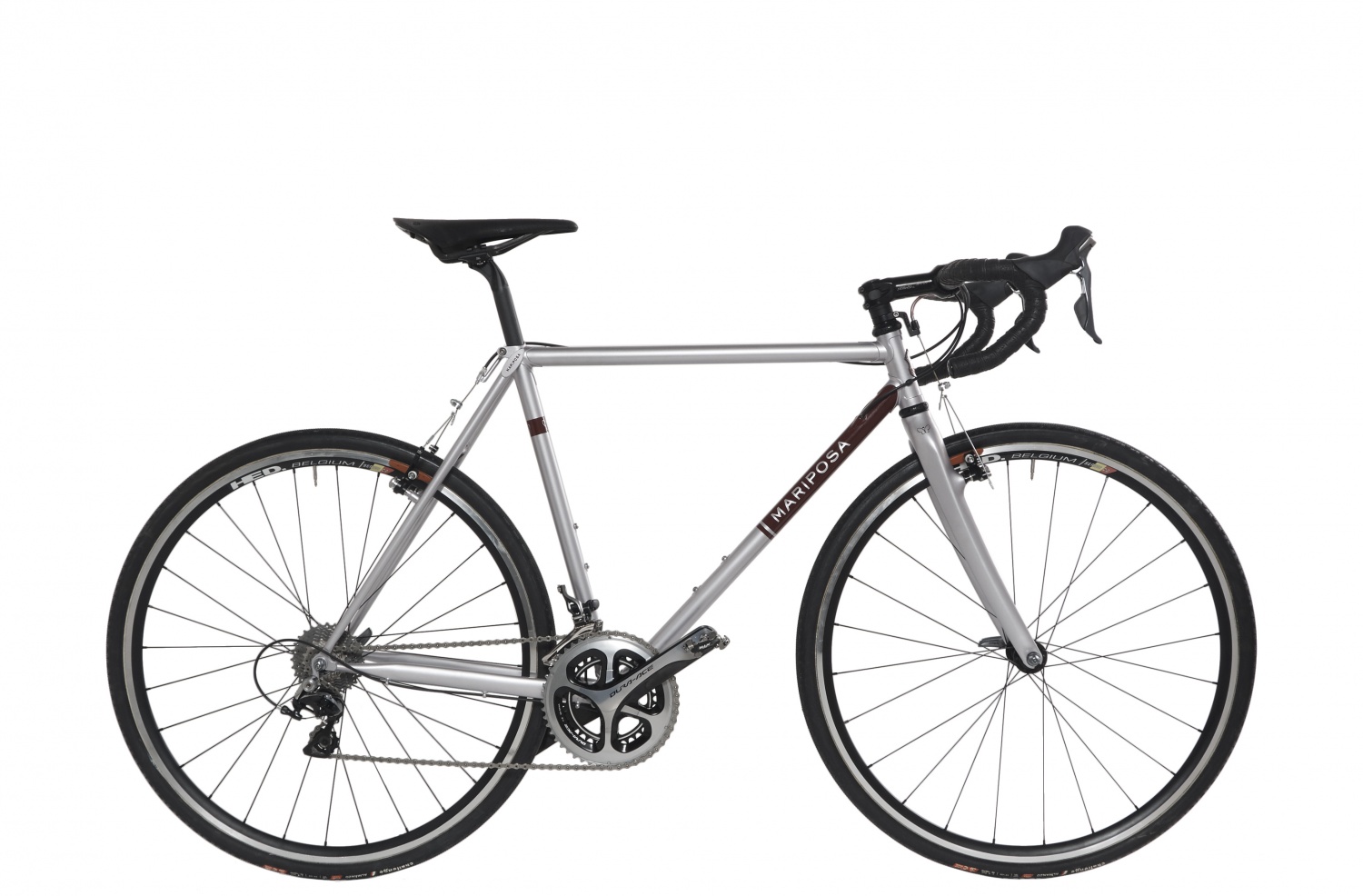 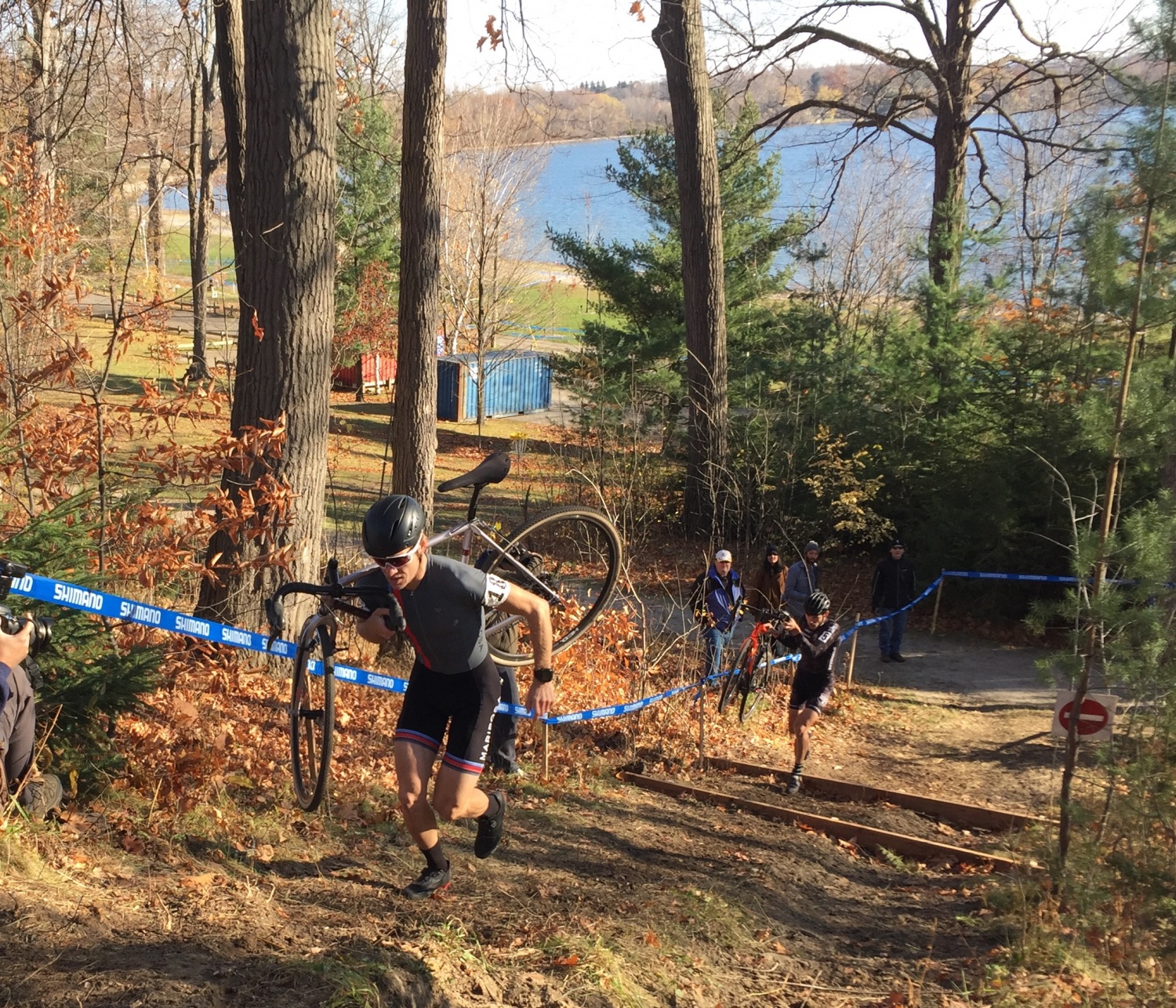 At the finish of the Ontario Cyclocross season, we caught up with Sjaan for a short interview.

You’ve been an athlete nearly all of your life, having been recruited to Ohio State University with an NCAA scholarship and a Canadian National Team carded Triathlete, but entered your first cyclocross race this Fall. What attracted you to bike racing?

Most of my time competing as an athlete has been as a runner but I have always loved being on the bike. Over the years I incorporated cycling as a form of cross training and realized early on that I would have perhaps been a better cyclist than runner. The technical aspects of racing a bike, the vastness of the territory you get to explore in training, and the great people I get to ride with all contribute to my love of the sport.

You’re a doctor and a father of two…how do you fit your training in to a busy schedule?

A very supportive wife and lots of advanced planning!

Tell us about your best ride ever?

Spring 2016 in the Durham Forest with Scott Fitzgerald. Three hour ride with a coffee stop at Annina’s Bakeshop (Goodwood). This was an anniversary ride of sorts after a bad training accident I had in 2015. Despite suffering in parts, I had never been more happy to be in the woods on my bike. It was the ride that provided me the first hint that I could get to a higher level as an athlete again.

Which cyclist do you most admire? And why?

Tough question. I’ve always been drawn to the mercurial climbers – riders in the mould of Fredrico Bahamontes and Marco Pantani- but it would be hard to argue that these are the riders I admire most. The domestiques are the riders I respect the most. After his Paris-Roubaix win this year it’s hard not to pick Mathew Hayman. That was his deserved payback after years of toil without a camera bike on him.

What quality do you most appreciate in a riding partner?

My favorite riding partners are people who challenge me and teach me new things. Whether it’s physically by dropping me up a hill, showing me a new route, or in conversation about something completely non-athletic.

How did you first get to know about Mariposa Bicycles?

I first learned about Mariposa Bicycles through friend extraordinaire –and top cyclocross racer—Scott Fitzgerald. The first Mariposa he had built up was beautiful and I was afflicted with bike envy. The more I learned about the history of the company and how involved Dede, Michael and the team are in the design and build process, the more I wanted to be a part of it.

You got your first Mariposa last winter, a cyclocross bike. What made you choose steel? Why did you want a custom bike?

Most of the bikes I have owned have been steel. Their durability makes them the most practical bikes for years of use and the ride characteristics are second to none. No other bikes are as comfortable or as fun to ride on all types of terrain.

Getting a custom bike is like having a bespoke suit made. Practically, you get a product that fits you perfectly and is tailored to your preferences. Aesthetically, you get a work of art made by people passionate about what they do. (But better, because who gets to play in the mud in a suit?) 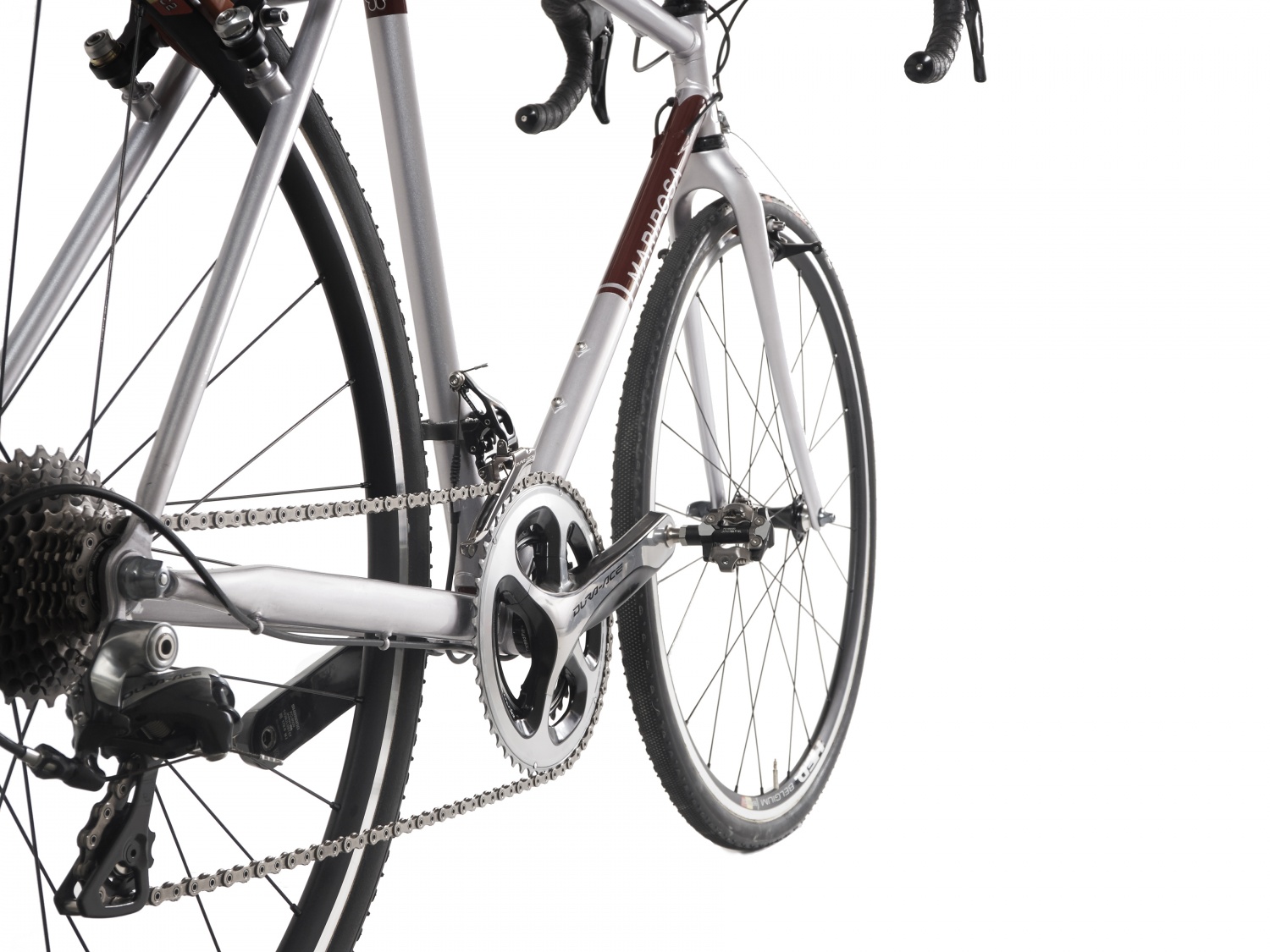 What type of terrain do you prefer to ride on?

What is your favorite cycling route?

Bruce Peninsula, Ontario. Miller Lake – Lion’s Head – Dyer’s Bay – Tobermory. Lots of gravel, a few farmer’s fields and some pretty awesome scenery. The only catch is that you have to plan to meet people in Little Tub Harbour for food and a beer or you face a 30k drag along a highway to get home.

Do you prefer to stop at a café for snacks or carry food in your back pocket?

Both! Cafe stop on the easy days. Eat on the go when a hard session is planned.

What makes you happiest?

Hanging out with my wife and kids. (Followed closely by riding my bike.) 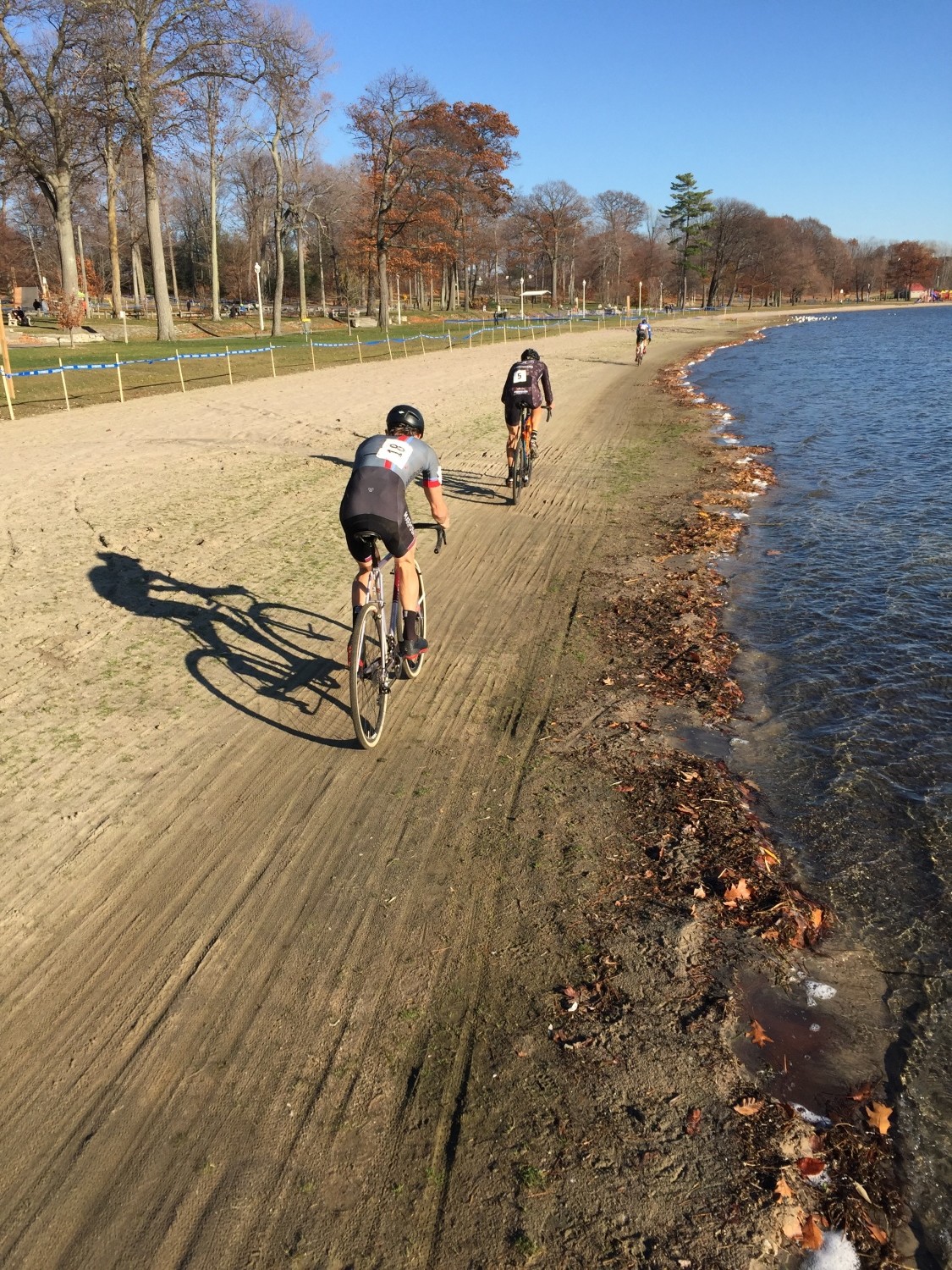