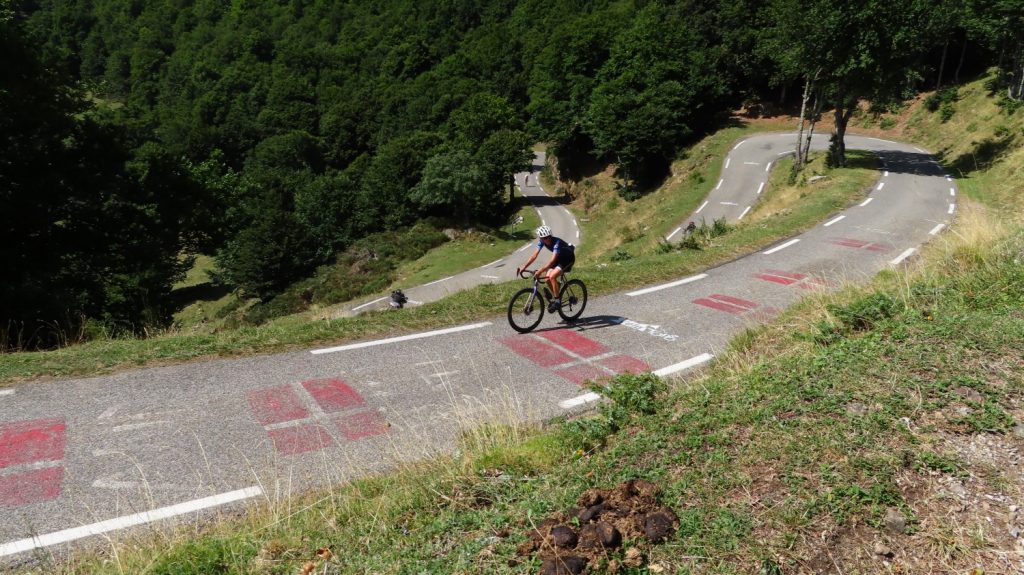 From the heart of the Pyrenees to the Mediterranean coast, the French Pyrenees cycling tour travels from Ax- Les-Thermes to Colliure with 6 guided rides and local culinary specialties from the mountains and sea.

Starting in the small mountain town of Ax-Les-Thermes, which is situated close to the French, Spanish and Andorran borders, we will ride one of the iconic Tour de France cols, bathe in the thermal baths and then ride on through the Aude region to the Medieval walled town of Carcassonne. After exploring Carcassonne, we will ride through the picturesque “Cathar country”, named after a group of religious dissidents active in the 12th century, to Gincla passing by medieval castles and chateau ruins.

The region is not only scenic and serene but also culturally rich. We will stop in local markets, to taste the local cheese, wine, meat, fruit and vegetables brought down from mountain farms.

After one night in Gincla, we will ride through the Languedoc – Roussillon region with beautiful natural rock formations to Collioure, a town on the Mediterranean coast with the medieval Château Royal de Collioure and the bell tower of 17th-century Notre-Dame-des-Anges Church which was once a lighthouse. Collioure’s Modern Art Museum includes paintings by Henri Matisse. Nearby is the Moulin de Collioure, a 14th-century windmill and Fort St. Elme which has a museum with medieval weapons.