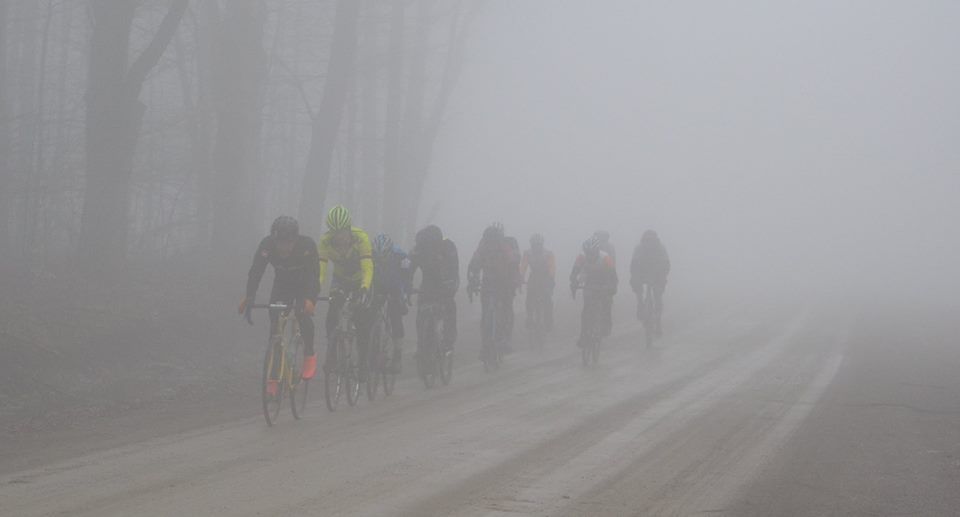 The gravel racing season is underway and Team Mariposa riders have had a solid start with Sjaan Gerth finishing 2nd place in the Ossian Mudslinger Gravel Series Race in New York and 3rd in the Steaming Nostril.

Sjaan Gerth was one of the favorites among a star studded field that included Jeremy Powers in the Ossian – Mudslinger Gravel Series Race in New York. 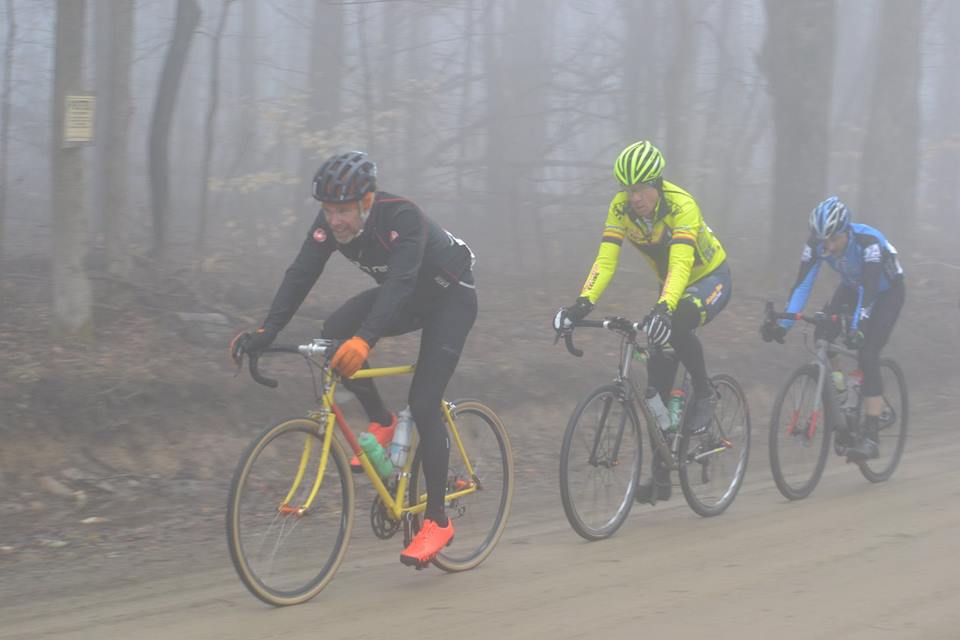 The riders were bundled up, as it was unseasonably cold and foggy in the Ossian Mudslinger Series Race. 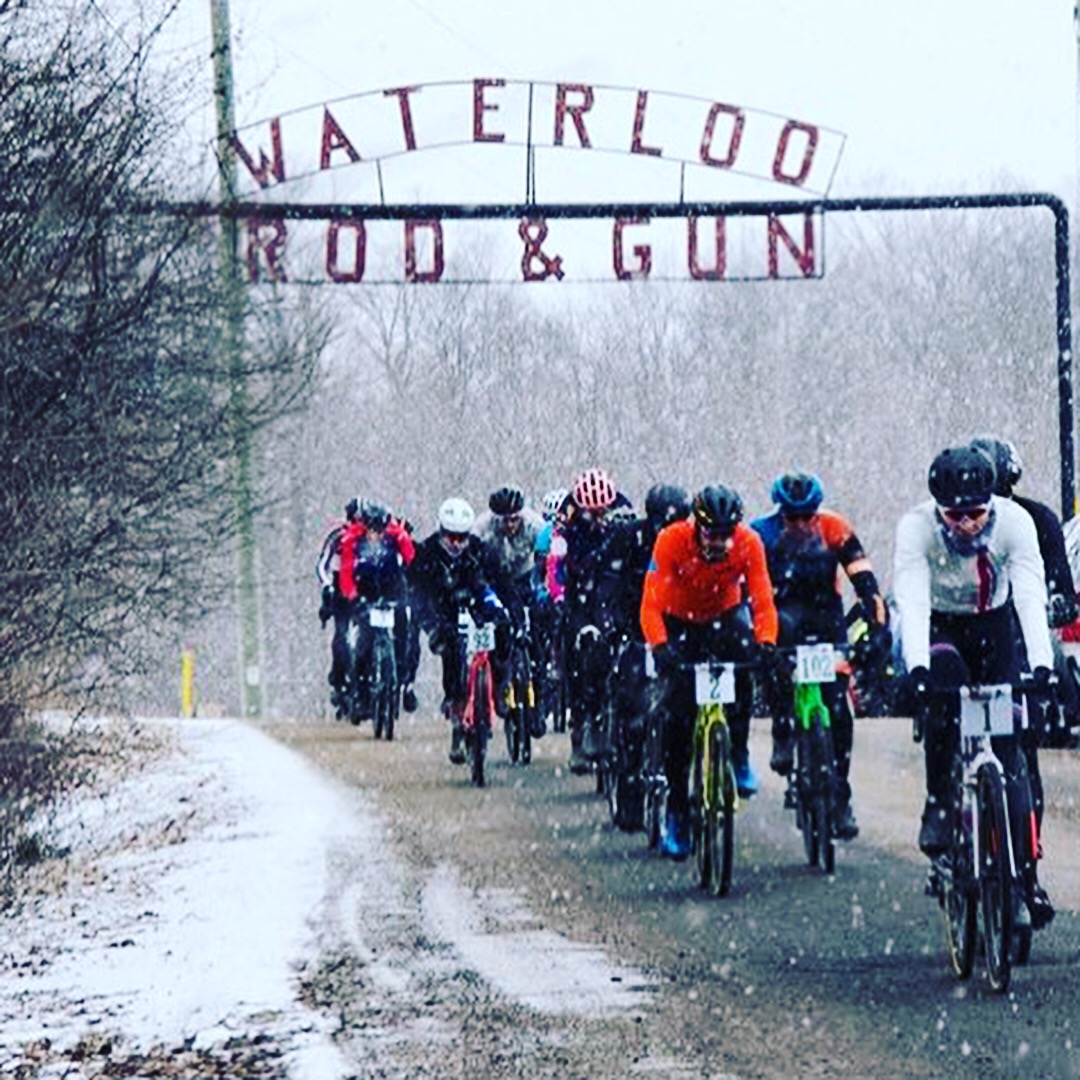 A snowy start at the Steaming Nostril Race in St. Jacobs, Ontario. Photo by Christoper Giesler. 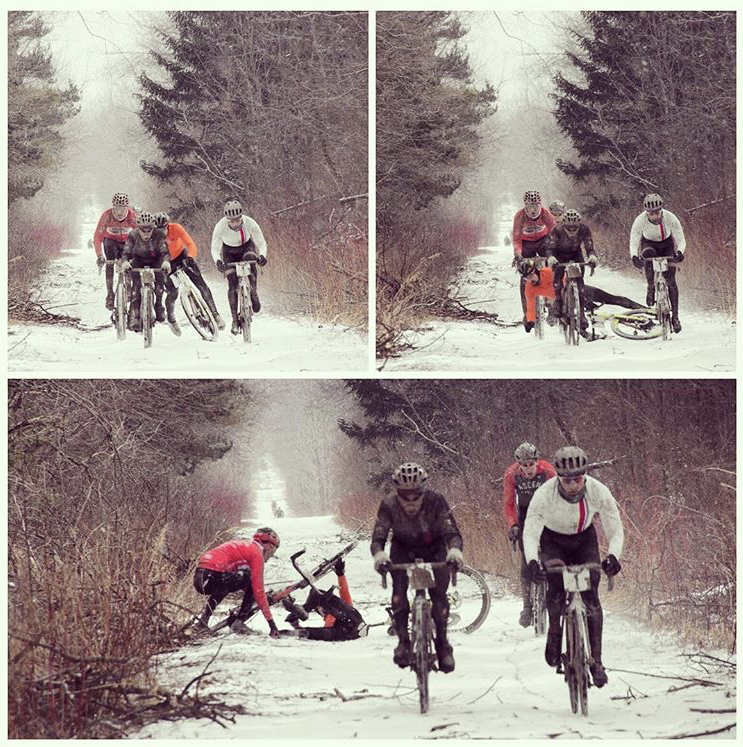 Icy conditions at the start of the Steaming Nostril led to a few crashes.  This crash series, as captured by Christopher Giesler, shows Team Mariposa rider Sjaan Gerth leading the charge and Matt Surch falling.  Matt’s recovery and battle back was impressive, as he won the race.

Mud, snow, wind, ice and sun greeted the riders at the Steaming Nostril 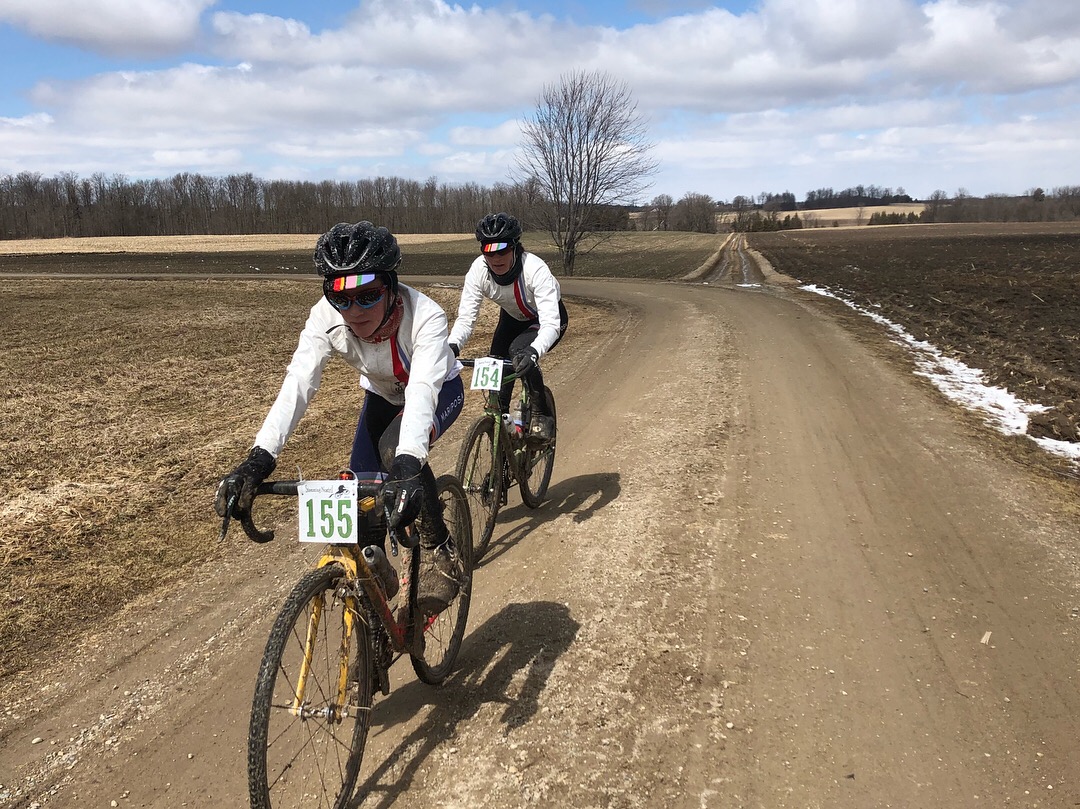 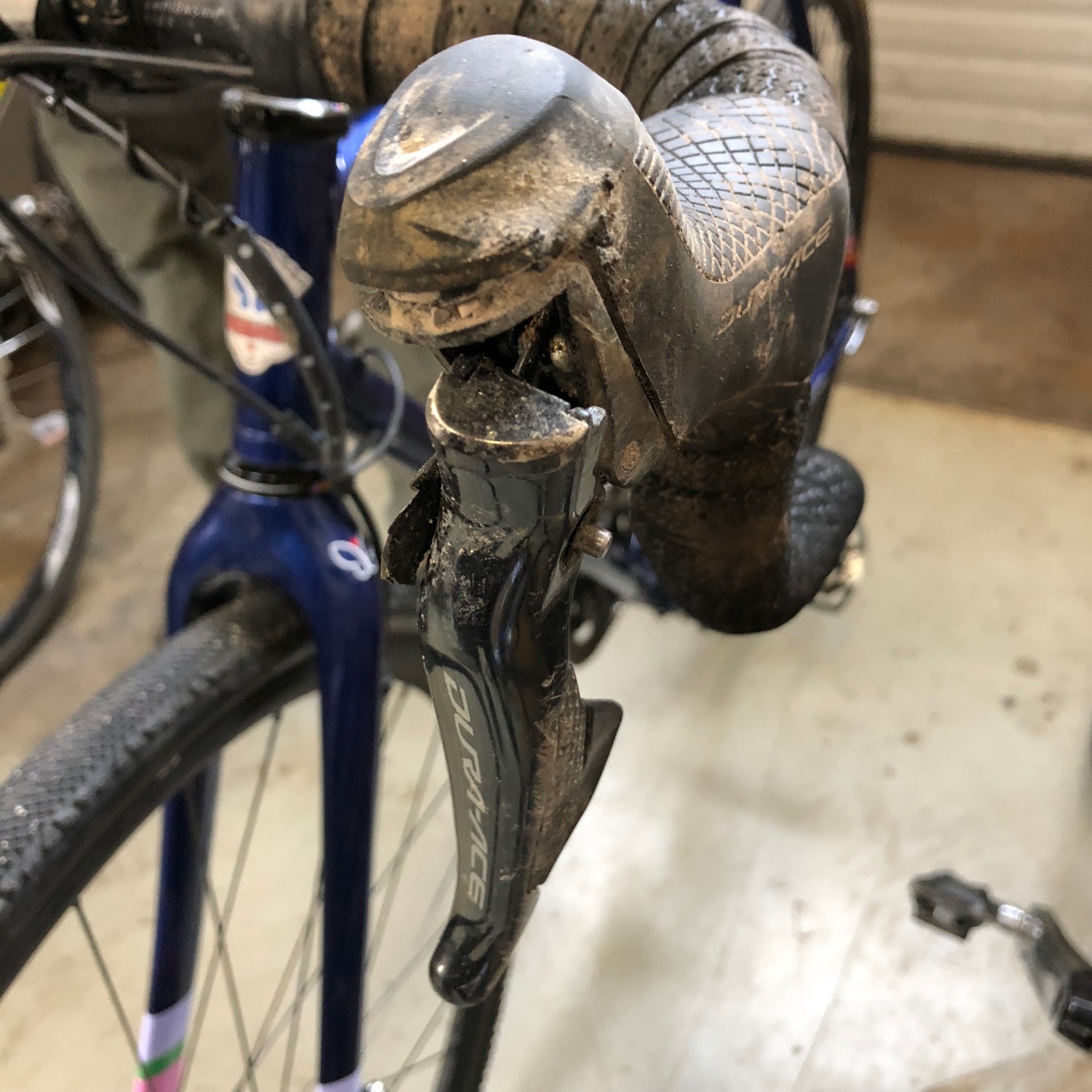 A shout out to Team Mariposa junior rider, Jack Ciotlos, who crashed hard at the start, but managed to finish with a broken shifter and only one working brake! 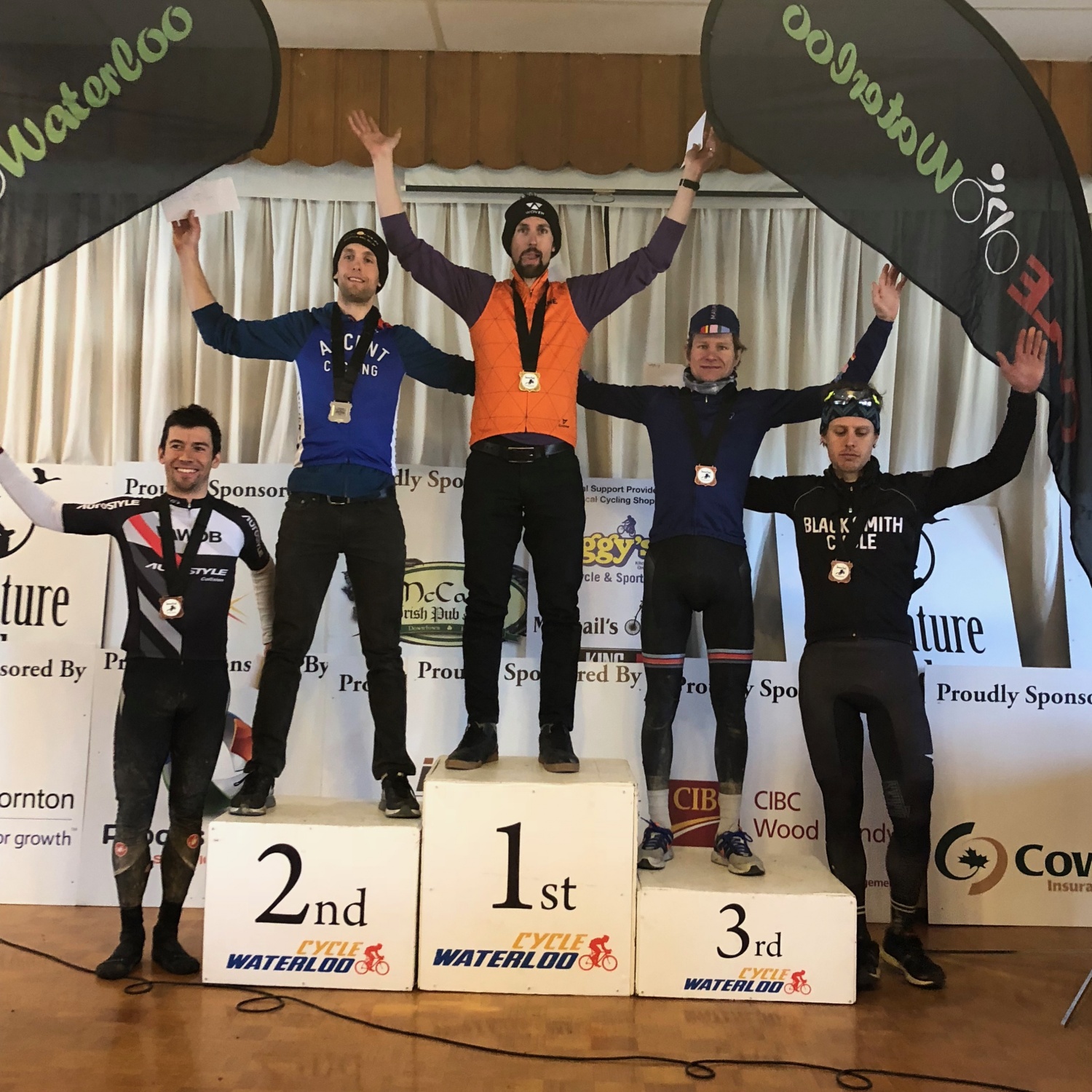 The podium at Steaming Nostril.

At the finish of the 65km race. 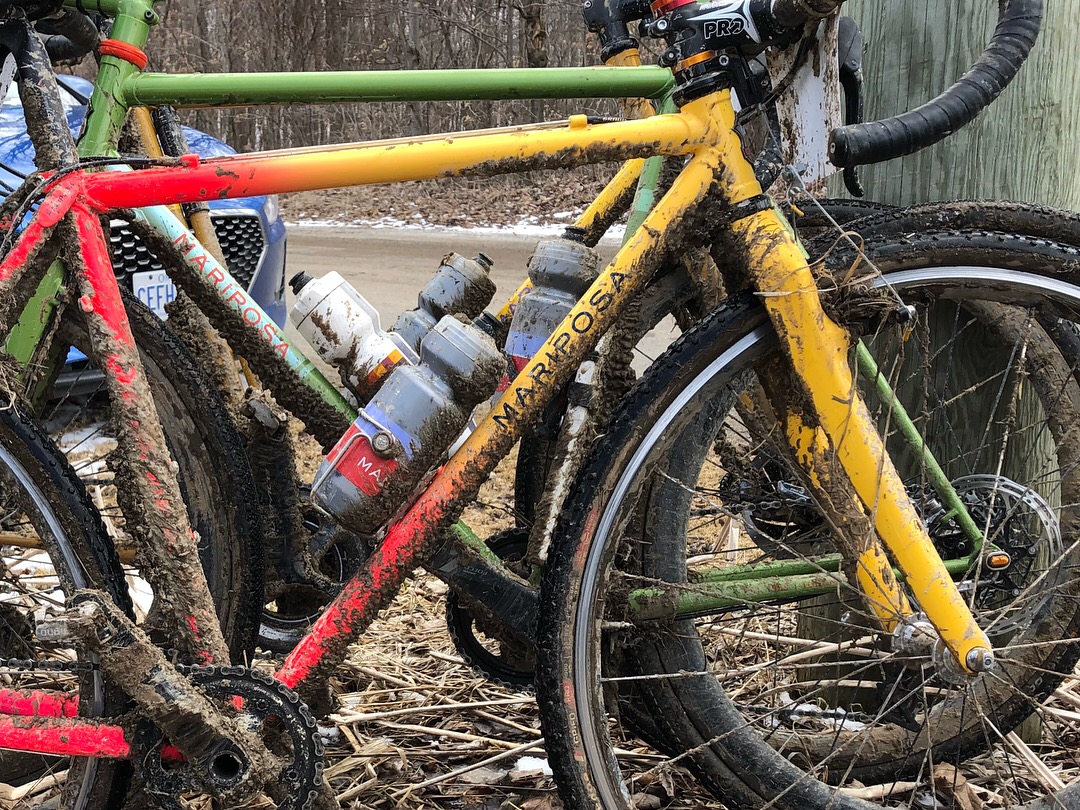 The lead group at the Hell of the North in Ontario.  Sjaan Gerth, on the far left, finished fourth despite being led off course and having to chase back.