THE CALL OF THE MOUNTAINS 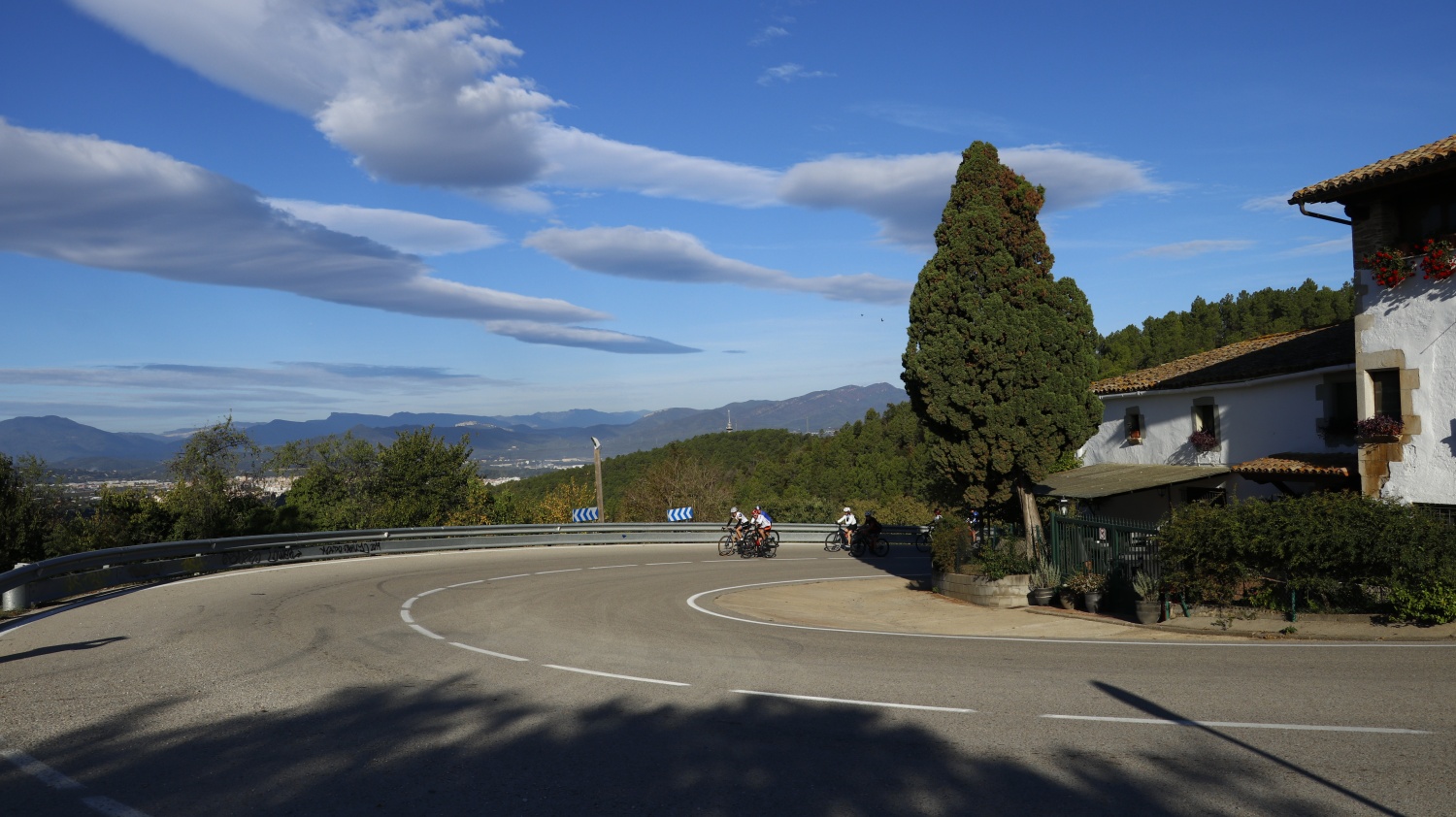 In a long line, the peloton cut through the Calatan countryside, following the farm

roads that split the fields of sprouting spring plants, olive groves, orchards and vineyards. At the front of the group, the dominant Spanish team of the early 2000’s, Kelme, set an infernal pace, which increased as we approached the mountain in the distance. A white monastery, stood like a beacon, at the summit. 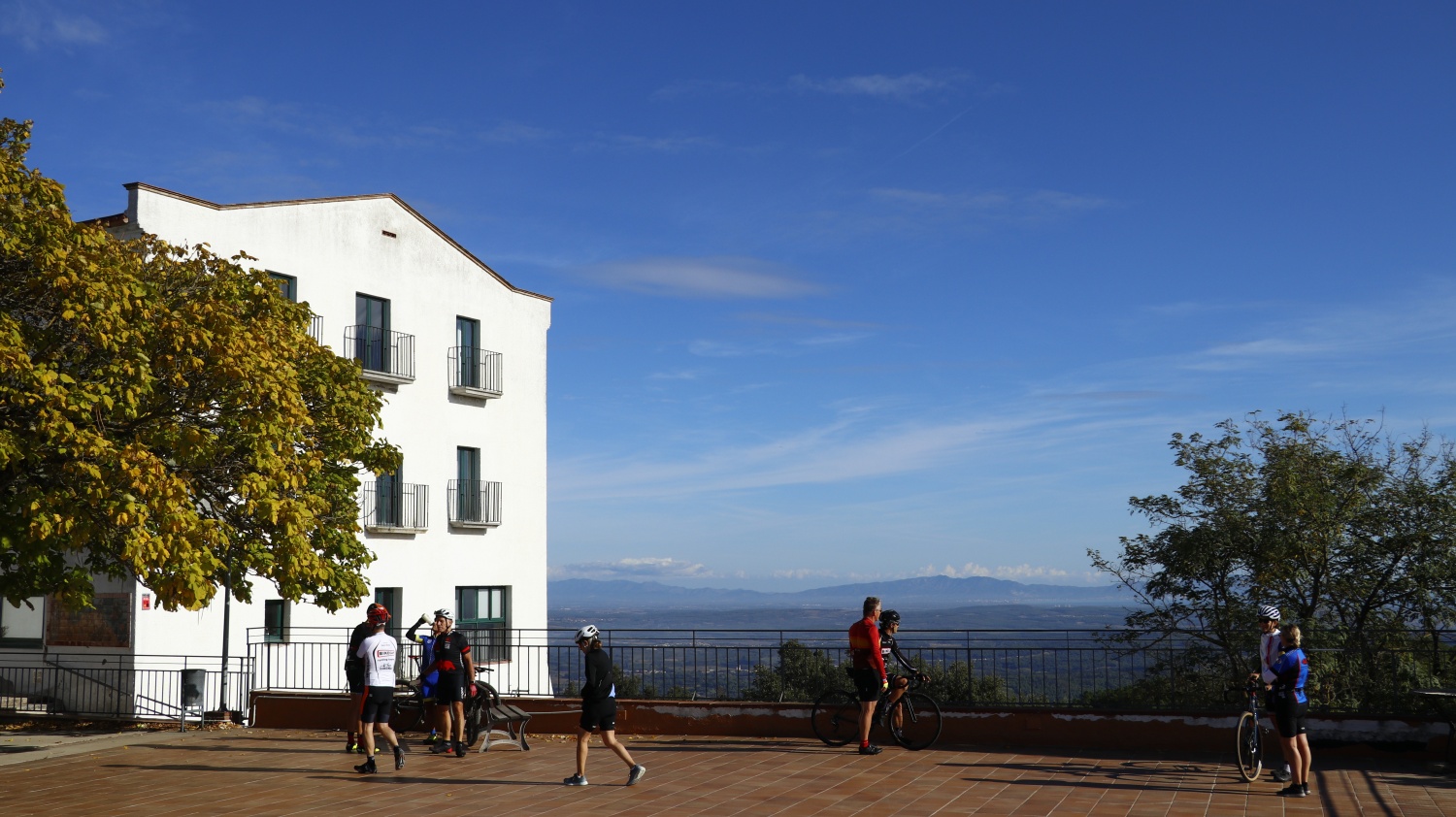 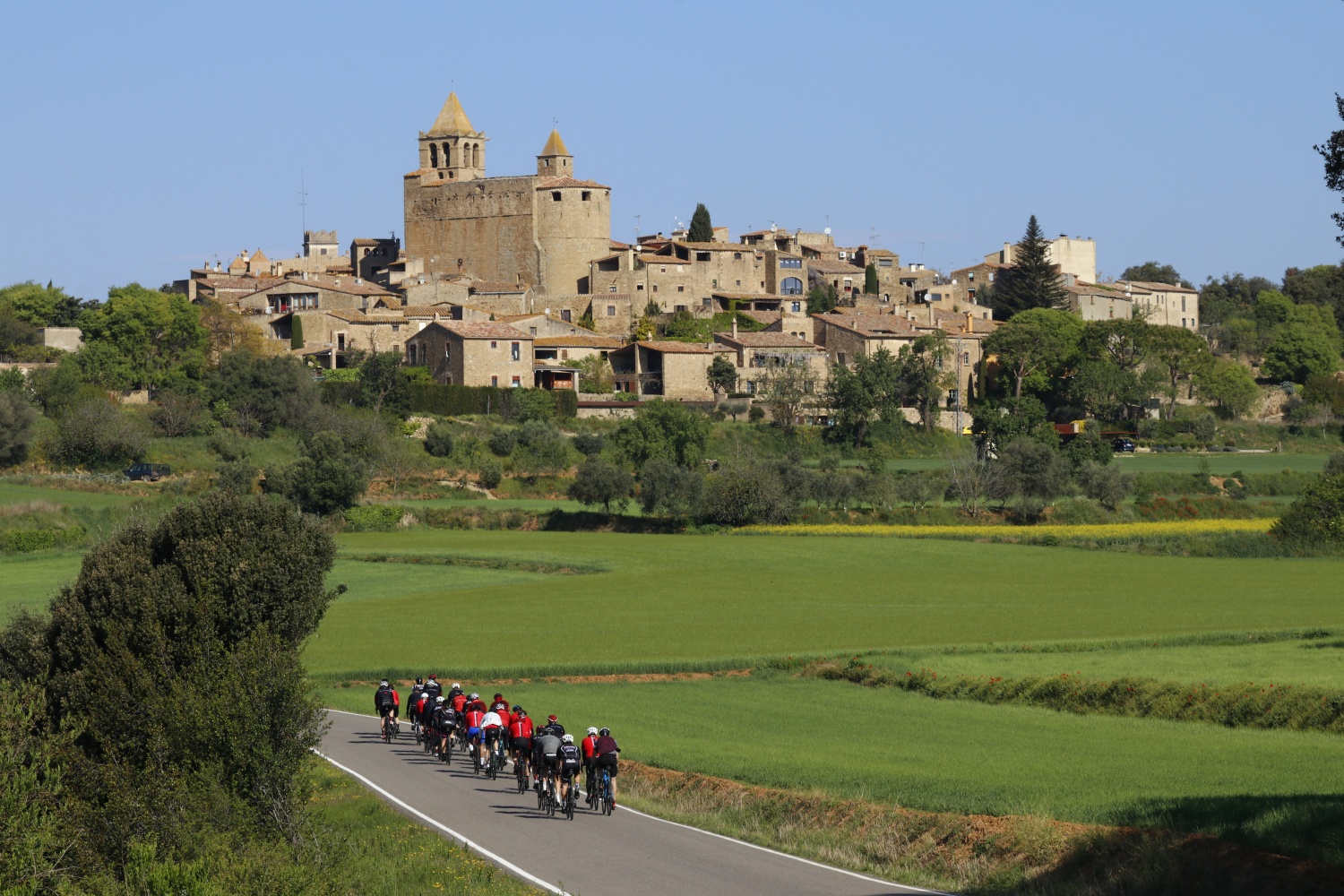 The race took us to the summit of Els Angels, from the east. On the six kilometers ascent, the group would soon splinter under the pressure of the pace over the steeper pitches in the road. At the top, we would plunge down the western slope, flying through the switchbacks towards the finish line. From repetition in training, I had memorized every meter of the road. At the top, as I fed my effort and held on to the wheel in front, I wouldn’t see the magnificent view of the Pyrenees to the north, the Mediterranean to the east or the outskirts of Barcelona to the south.

Three years later, the day after our first child was born in the Girona hospital, I pedaled up the mountain with my father. On the bike, we had shared many of the best moments of our lives. We stopped for a drink at the summit in the monastery bar, beside the chapel where Salvador Dali was married. The barman, who had become a friend, toasted us, as a new father and grandfather. That day, we floated up and over the mountain.

With time, the mountain had worked its way into the fabric of our lives. On the slopes, I could refine my fitness to ready for the races. It was also a sanctuary, where I could pedal up in a fluid rhythm, focus my thoughts, relax in the flow of my breath, and resolve whatever was weighing on my mind. 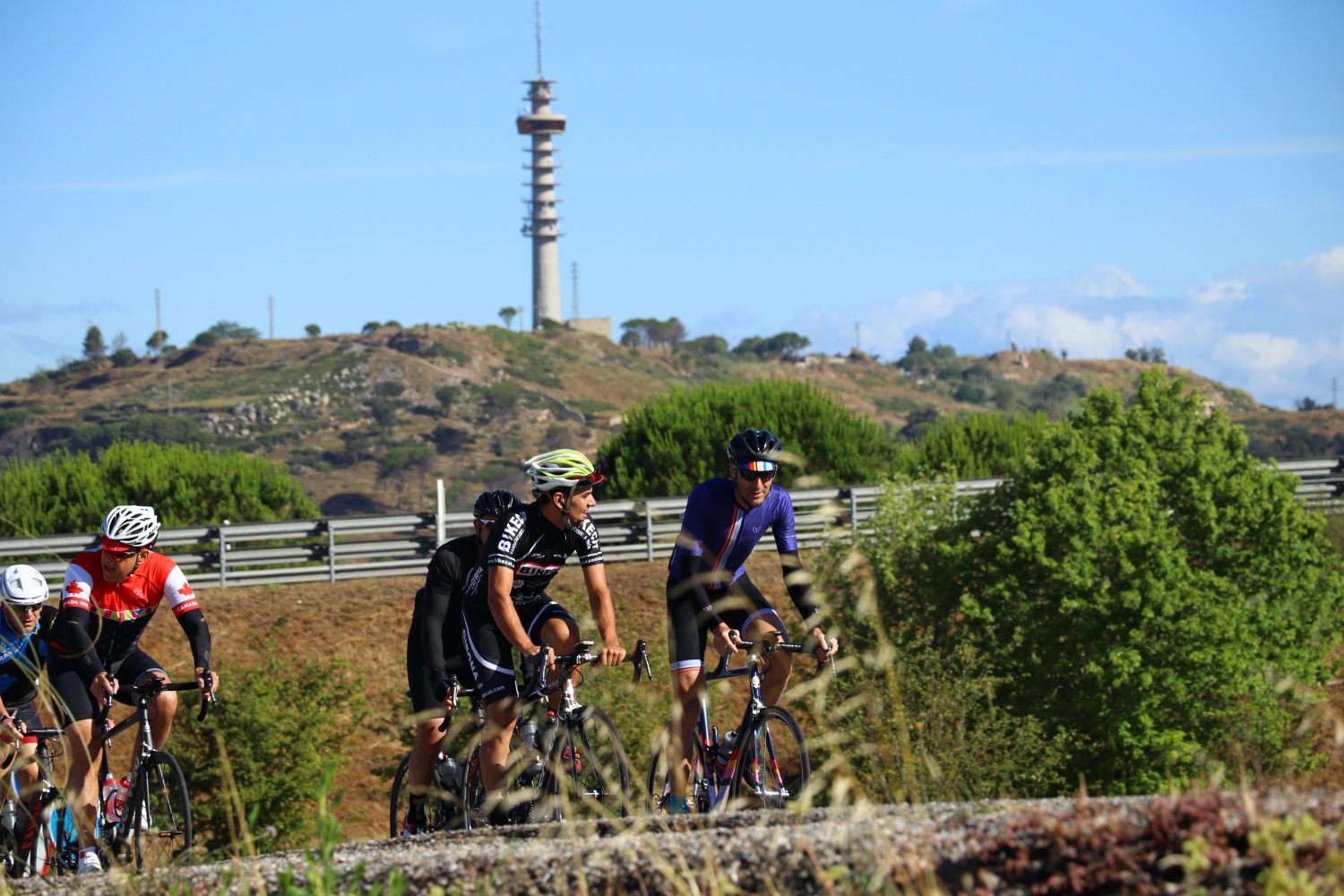 Through a lifetime spent on a bike, racing all over the world, I’ve ridden up more mountains than I can recall. A few stand out for the struggle, the views, the conversations, or the adventure they gave. Over the eleven years we lived in Girona, Els Angels became the climb I rode most often, and for that, and the memories that developed from years spent on its slopes, it has become my favourite.  Few weeks passed where I didn’t ascend the climb at least once. From the peak, the descent down the western slope arrives in Girona, only a few kilometers from the ancient Roman walled city centre where we lived.

On easier, days, I rode to the summit for a drink and pastry at the monastery with Dede, my wife.  I had raced my teammates to the top at the end of a long training ride. We hiked the trails that lead to the summit, hunting for mushrooms, or running for fitness. It was the first mountain our kids ascended on bicycles. A few times a year, the road would be closed as rally cars screeched and revved their way up the slope, so we stood at the side and watched as they kicked up gravel and passed in a cloud of burning rubber and exhaust.

On the steeper slopes, I had pounded out intervals on an almost weekly basis, riding over our names–Vandevelde, Hincapie, Barry…etc– that had been painted on the road by the locals in Girona. With time, Girona became our home. The Catalans had embraced the expatriate professional cyclists, many helping to guide us through our lives in a foreign land.

Through, the winter, when I could ride all day without following a training plan, I discovered the network of gravel roads, and mountain bike trails, that lead to the Mediterranean. I followed my good friend Jordi, a fireman, who seemed to have the terrain memorized from years of working on the mountain putting out forest fires, finding lost hikers, or attending to crashed cars. Jordi had seen the worst of the mountain, I only its best. 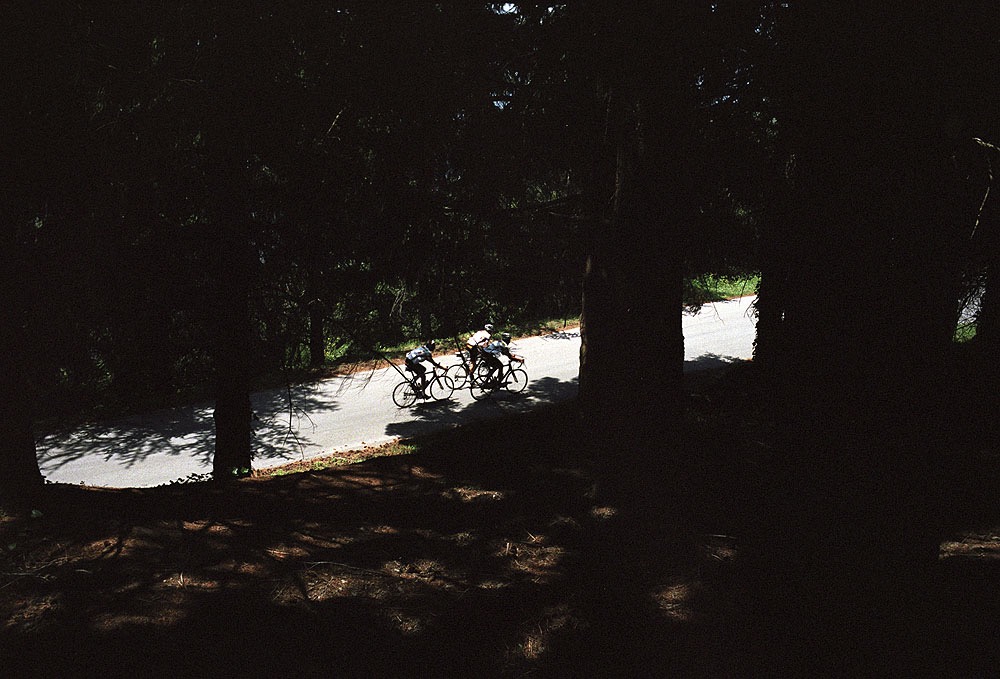 Like in life, it isn’t the most dramatic moment or extravagant planned adventure that endures in our memories and brings joy, but it is the simpler things where friendships are built, and lives are weaved. Els Angels isn’t the toughest climb, or even the most scenic, but it is easily accessible and hard enough to build a sense of accomplishment while also providing a serene escape from the noise of the city with its calming view from the top.

Eight years ago, as we packed up our Catalan home to move back to Canada, Dede and I often talked about how, if we could have taken one thing with us, it would have been Els Angels.

Now, when we return to its slopes each year, I again feel at home, as our lives remain laced in the mountain’s rocks and forests.

By Michael Barry for Rouleur Magazine Issue No. 105 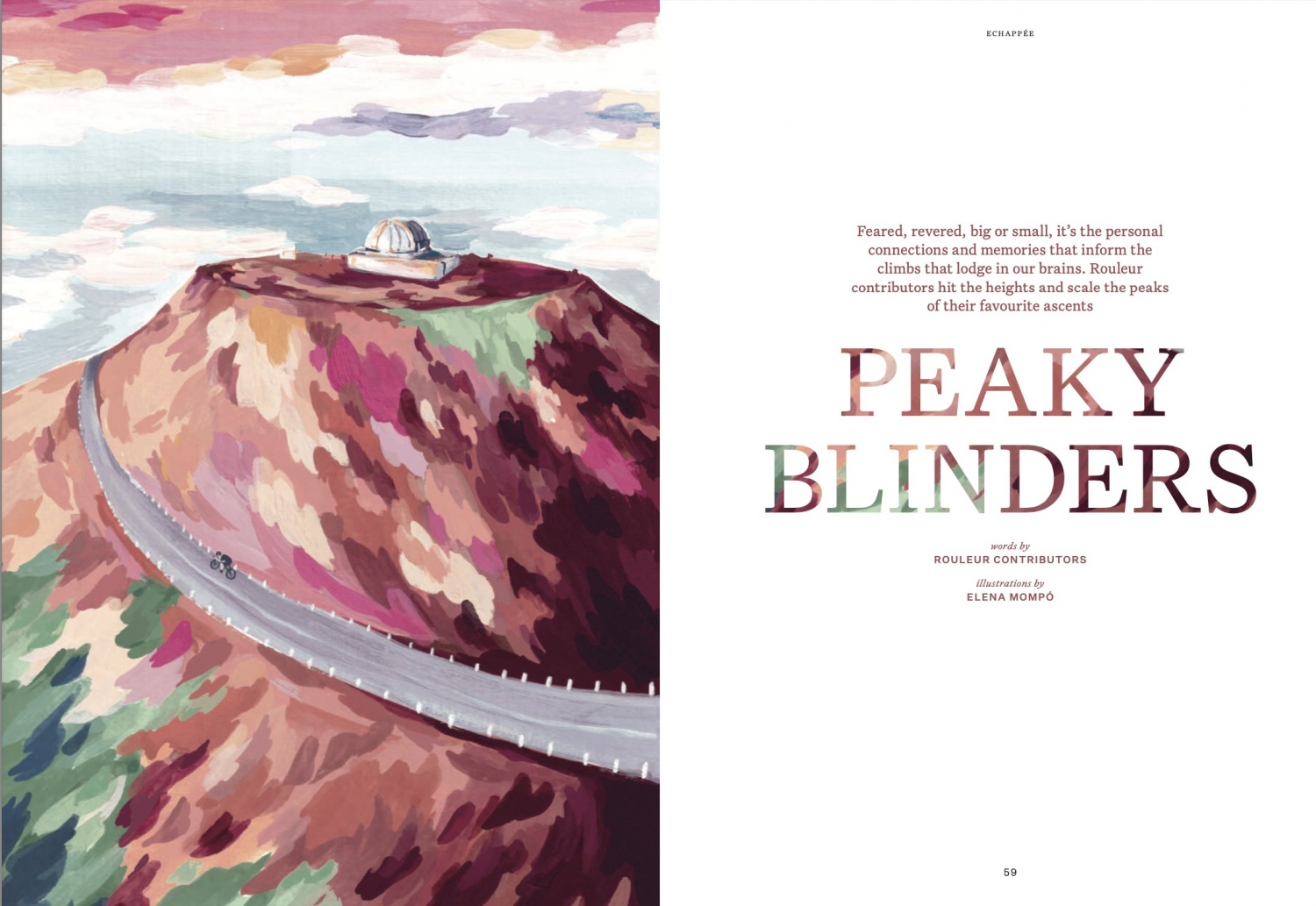 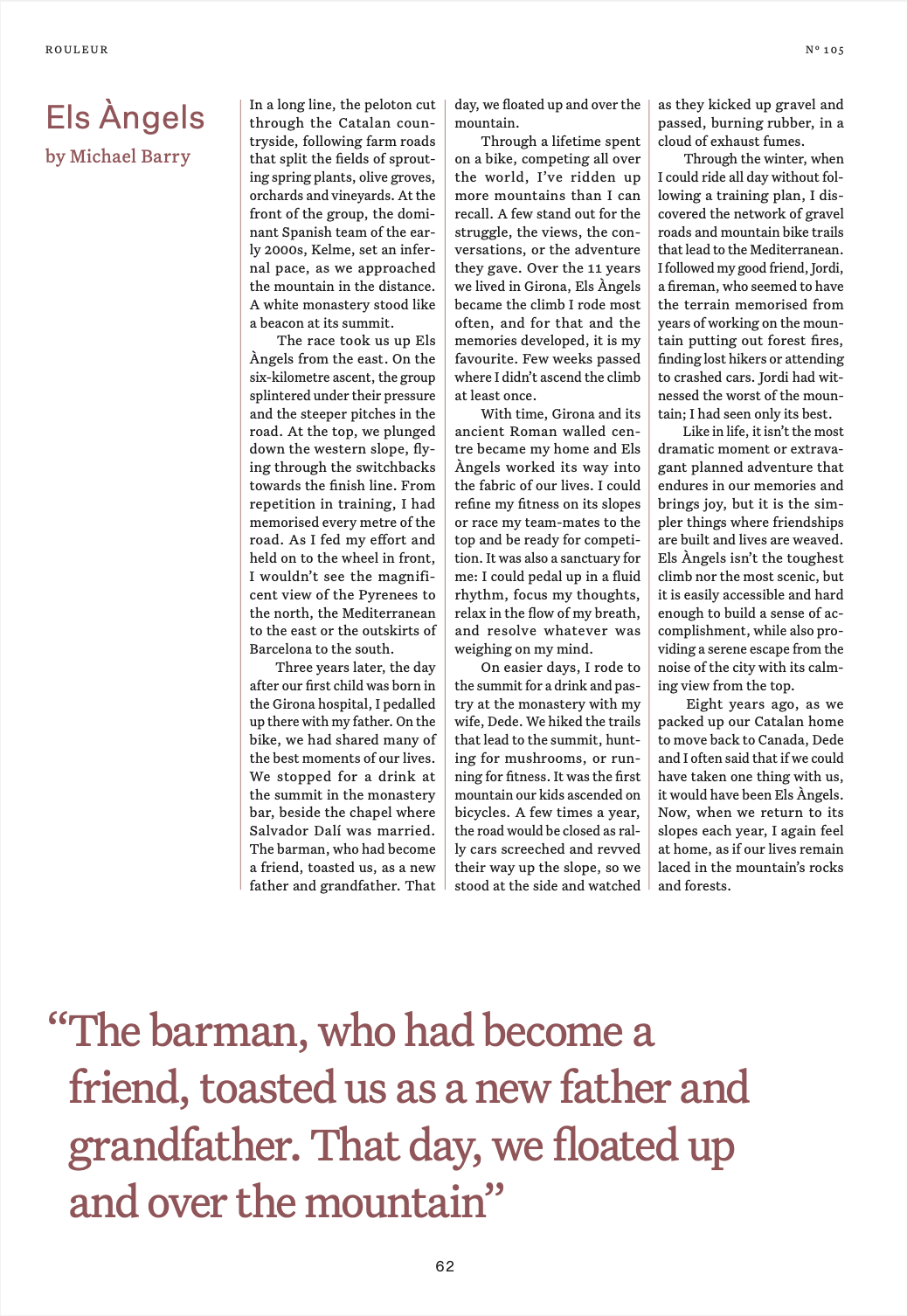 One thought on “THE CALL OF THE MOUNTAINS”