Improving lives with each shovel full of dirt. 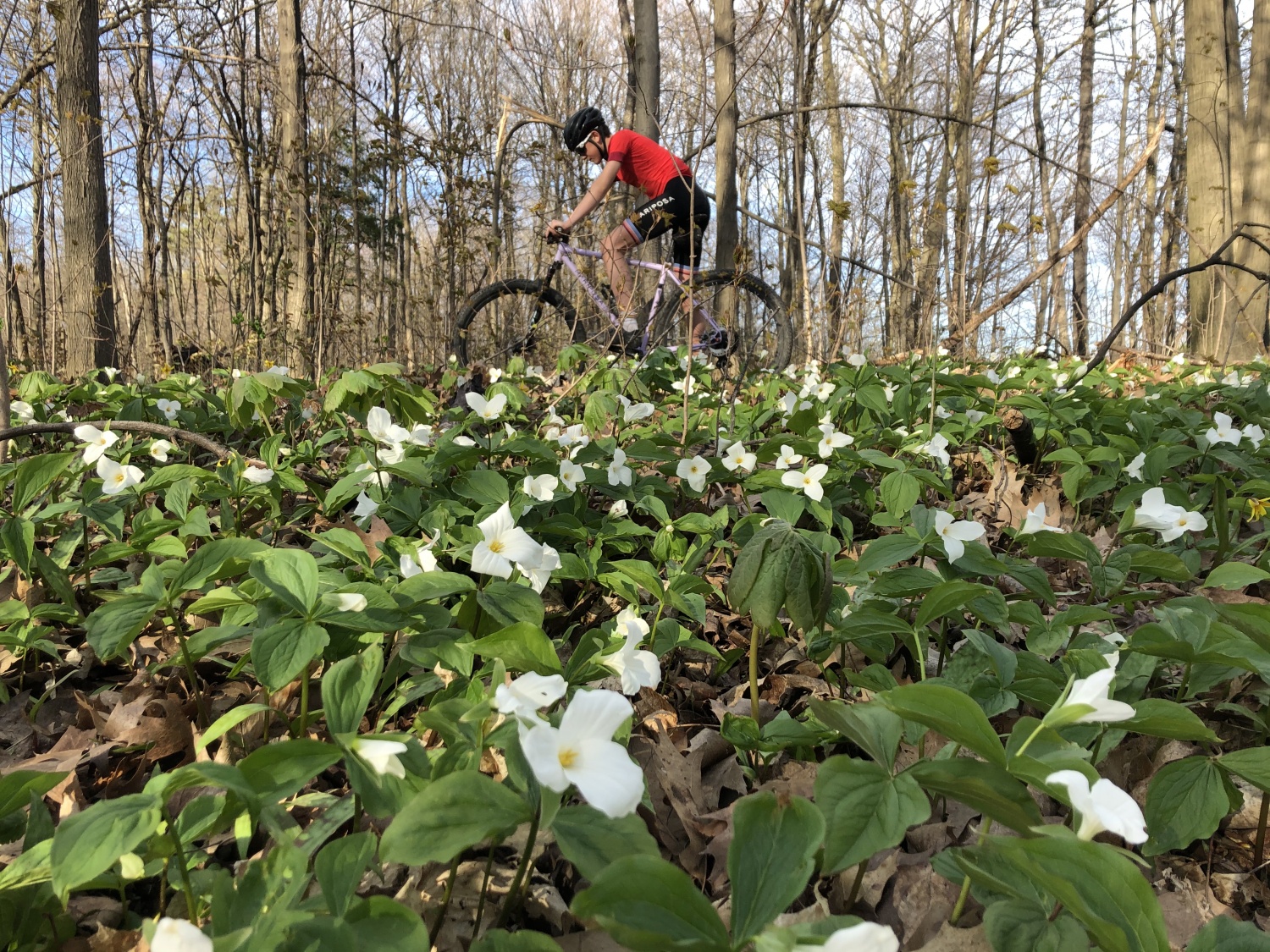 Twenty paces from the concrete sidewalk the land gives away and plunges into a forest ravine. The forest is rapidly coming alive after six months of winter. Dead leaves and trash spot the soil as plants begin to poke their way through. Soon, the trash will be covered by a bed of green for the summer.  A river runs near the bottom of the gully, 50 or so meters down. Squirrels scurry up trees and nose around the dirt. Decades ago the valley was a toxic mess where industry spilled chemicals into the water and garbage was dumped. Environmental policy and volunteers’ hours of work have progressively allowed nature to return. With each bag of trash removed more plants grow. When the city stopped spraying pesticides, to keep the fields free of weeds, wildlife returned. 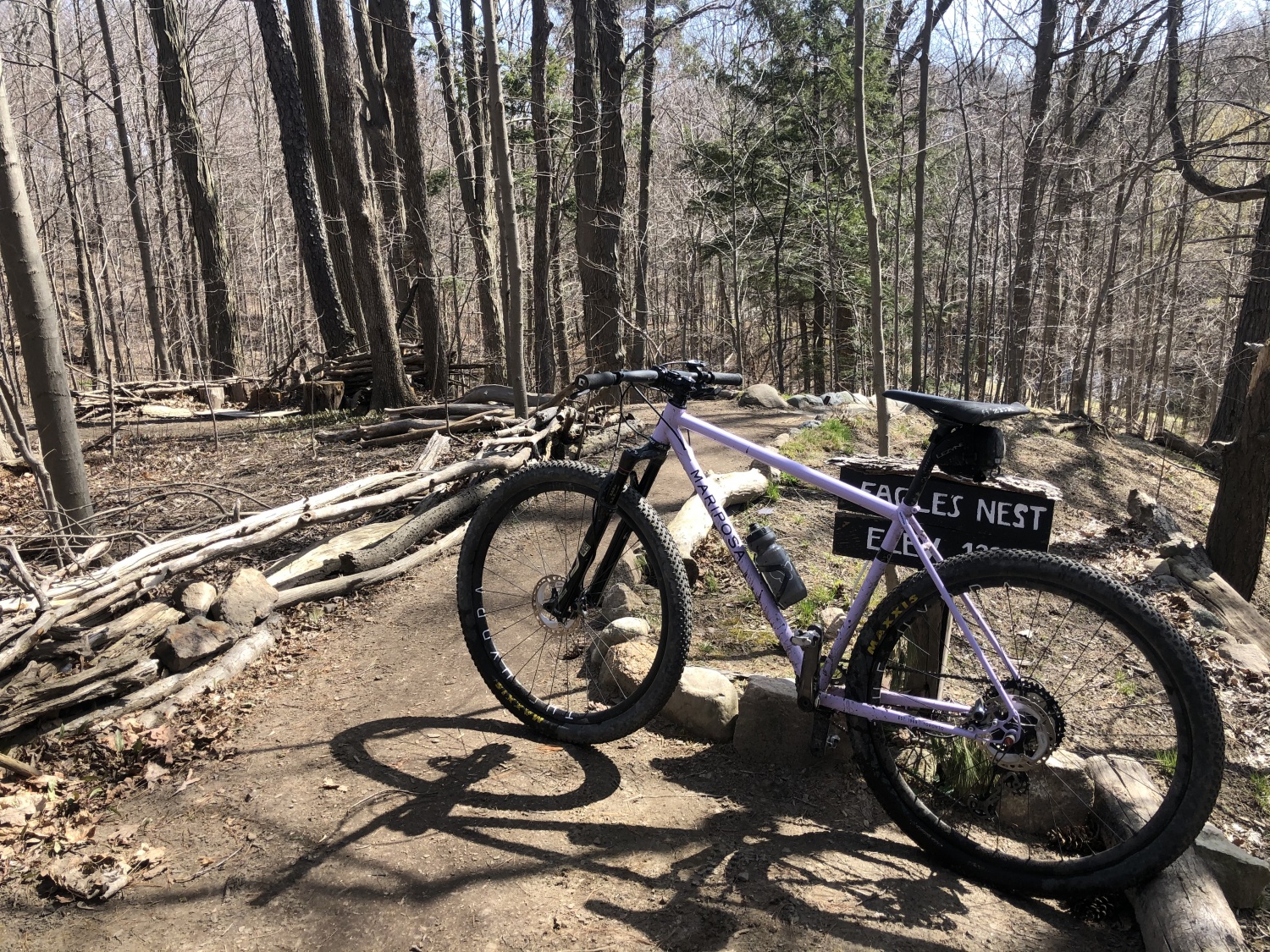 Months ago, before the Coronavirus took hold of our city, when cars were jammed in the streets and the city was running at speed, we had become accustomed to the lack of clarity in the water, its abnormal odor and the noise of traffic. But even then, it was a place to escape; a serene a spot where one finds a moment of calm in the centre of one of North America’s busiest cities. On the weekends, many mountain bikers, hikers and dog walkers, use the trails to breathe, relax and exercise. Others forage for asparagus, grape leaves, mushrooms, fiddle heads and other plants. Even though the relatively narrow park runs along the rivers cutting through the east side of the city the trails are vast, technical, manicured and maintained. The builders are cautious to respect the natural environment to limit erosion and allow nature to flourish. Each year the trail network grows further into the city’s greener arteries. In an evening we can easily ride 40 kilometres on dirt without passing the same stretch twice. It is a playground.

For generations, in most North American cities, the local woods were where kids could escape from parental supervision to go on an adventure, build a bonfire, a fort, or rip around the forest on their bikes. It was where I spent the majority of my afternoons and weekends when I was a kid and, through my teenage years, it was where I would ride my cross bike in the evenings with friends. More than anything, the woods where most adventures began, and where we gained the confidence to ride beyond the confines of our neighbourhood. For many of us, it was time spent on a bike riding in the woods that led to a lifetime of cycling.

Over the last decade, or so, it had become increasingly rare to see kids riding, or playing about in the park. I would see a half-dozen here and there milling around the pump track, but the vast majority of people who ride deep in the woods are middle aged men, most of whom are trying to relive the thrill they felt on the trails as children. Riding a bike in nature brings out that juvenile endorphin rush. Shockingly, some of the kids in our neighbourhood, who live blocks from the forest, had never been down there. Programmed activities and classes, video games, the internet, and parental fears keep them in their homes. During the last two months, as Toronto has been shut down, there have been more people on bikes in the park, and kids riding the trails, than I have ever seen. Some ride alone, some are in small groups and the majority seem to maintain a respectful and safe distance from one another and other trail users. Speaking with some of the parents they say their children are discovering a new sense of freedom away from the tarmac, concrete, couch and screen. It’s encouraging on every level. Access to the trails has given them an outlet. Most don’t have fancy bikes or clothes as they simply ride the bikes they have to launch off of jumps, tear down the hillside and cruise beside the river.

Not a ride passes where I don’t feel thankful to those who voluntarily build and maintain the trails. Perhaps unknowingly, with each shovel of dirt they are improving lives.

It is rare that you see people working on the trails. They work away quietly, hauling in their tools leaving only the trail as their trace. Friends have often commented to me that there must be elves who come to work away at night. Bridges will be built over eroded, impassable, areas. Corners will be shaped. Jumps and landings will be piled up. Trails will evolve. Leaves will be raked. It is rare that a fallen tree will block a trail for more than a day. The work that is done is phenomenal.

Over the last few weeks, I’ve bumped into two of the builders, as they’ve been working on a trail near our home that was cut by a landslide. Over seven days, they built another more extensive, technical, route that bypasses the landslide. As they were building, I stopped to chat with the two young guys working away. I thanked them for their work and dedication and asked if there was some way we could leave, or give them, donations, tools, or at least drinks for their efforts. They explained that they didn’t want anything, and not to leave anything as if it was taken by someone else it might only add to the trash that is already a problem. They didn’t want money donations either, they said. As we chatted one looked up at the trail above as a kid rode past and, said, “For us, it’s just good to see so many people out here enjoying the work, and recently, it’s been especially nice to see all the kids riding. That’s something we’ve never seen.”

A great tool for exploring the Don Valley Mountain Bike Trails is the Trail Forks App, where all of the trails are mapped and rated.

7 thoughts on “Improving lives with each shovel full of dirt.”